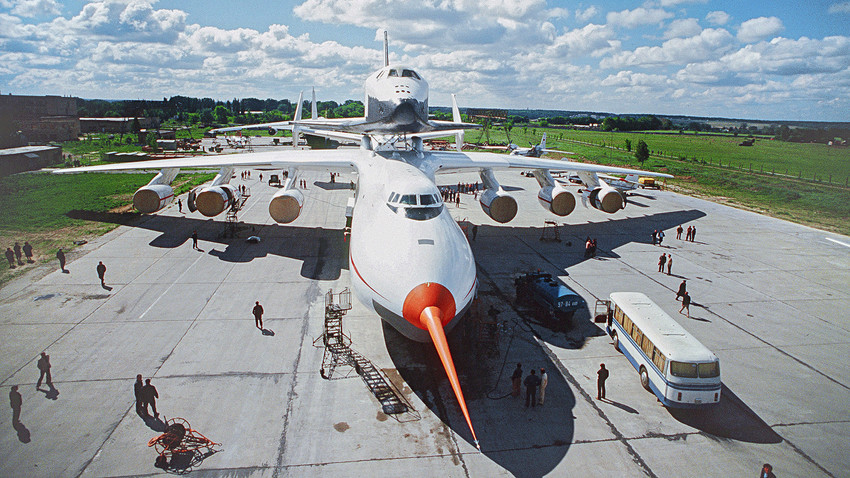 Igor Kostin/Sputnik
There were even plans to turn it into a flying passenger airliner with a casino, restaurants and duty free shops.

The plane's wingspan is about the length of a football pitch and its height is equal to a five-storey building. You may wonder why anyone would need such a colossus and how it could possibly fly from airport to airport? But the Soviet Union loved grandiose projects. The aircraft was assigned the code ‘An-225’ and the name ‘Mriya’ (Ukrainian for "dream"). 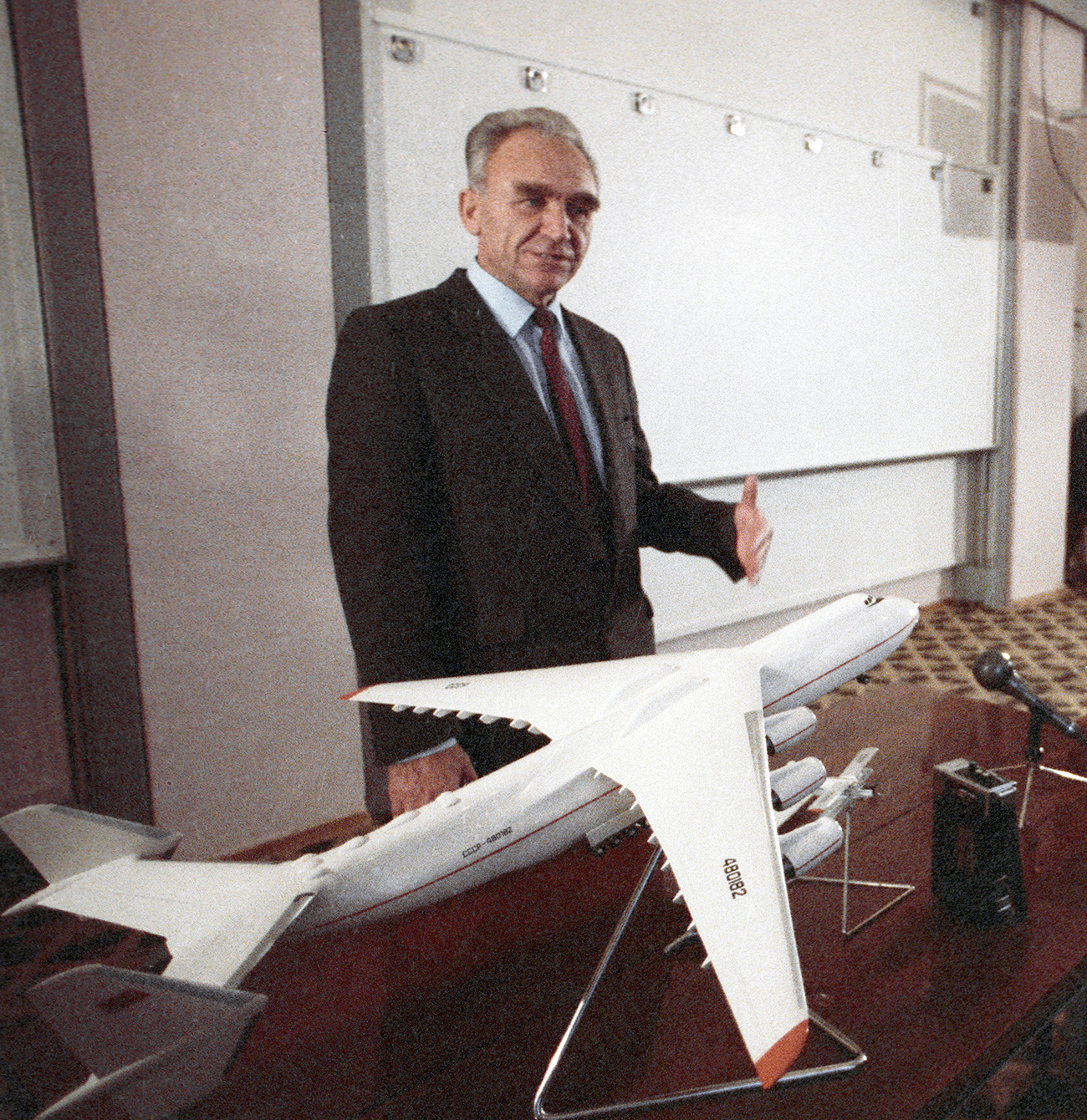 It was 1975. The idea of a gigantic airliner was pursuing two goals. Firstly, the USSR wanted to have an aircraft that would transport space shuttles from their production site to their place of launch. It was decided that their assembly at a cosmodrome would be more expensive than making a flying cosmodrome. Secondly, they wanted to use it for actual mid-air launches of spacecraft.

Mriya was part of the Energia-Buran program, the Soviet space transport system similar to the US Space Shuttle project. Furthermore, the idea was for the An-225 to carry the Buran shuttle by “piggyback”. An empty Mriya weighed 250 tons and had a maximum take-off weight of 640 tonnes. 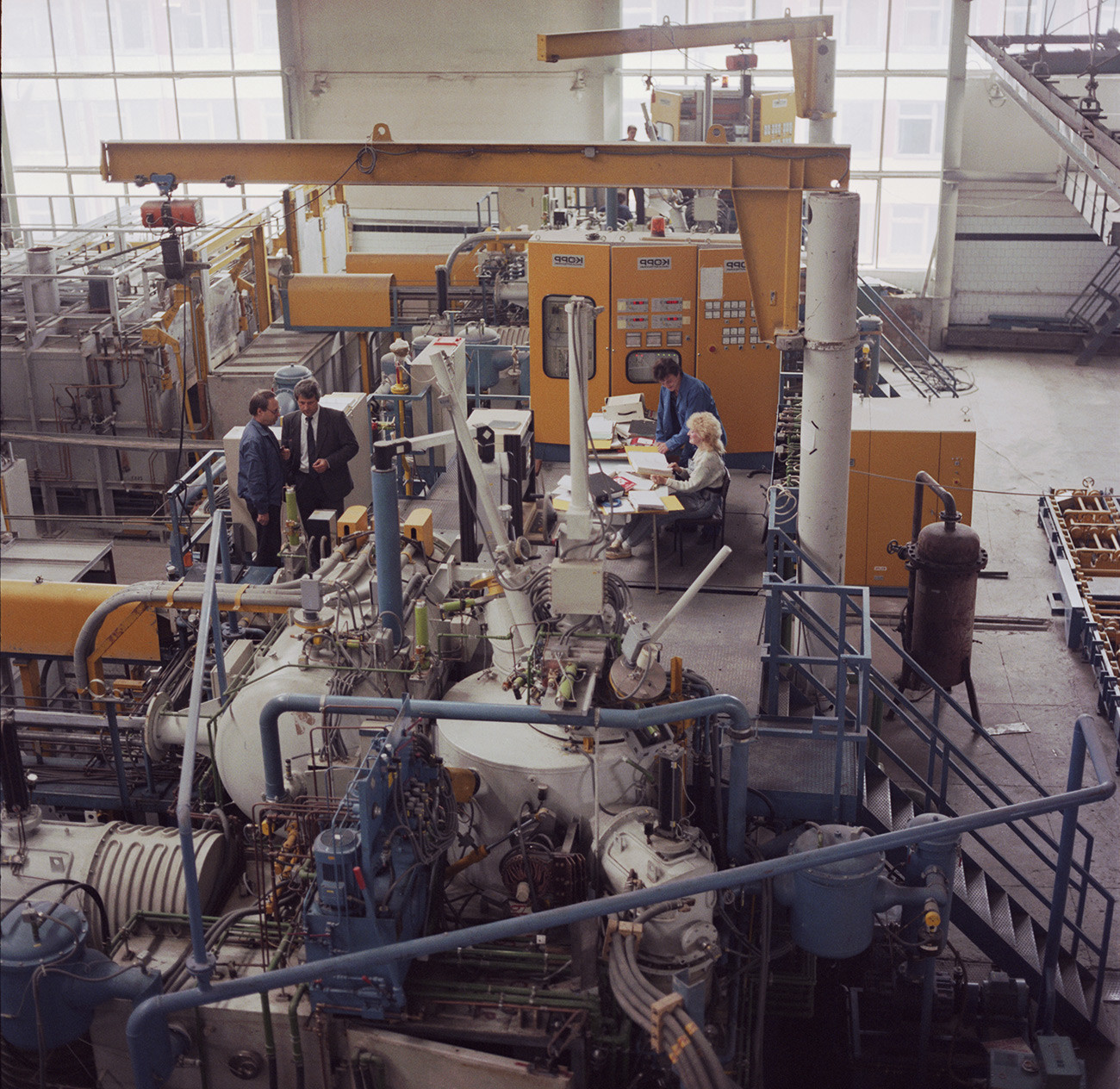 At the time, the project was classified as “secret” but, according to the memoirs of its lead designer Anatoly Vovnyanko, “hundreds of thousands of scientists, designers, engineers, military personnel, pilots, workers and other specialists were directly or indirectly involved.” It was not easy: Deadlines were very tight and components were being produced at factories across the whole country. As a result, Mriya performed its maiden flight from Baikonur airfield in 1989, carrying a Buran spaceplane weighing over 60 tons on its back. 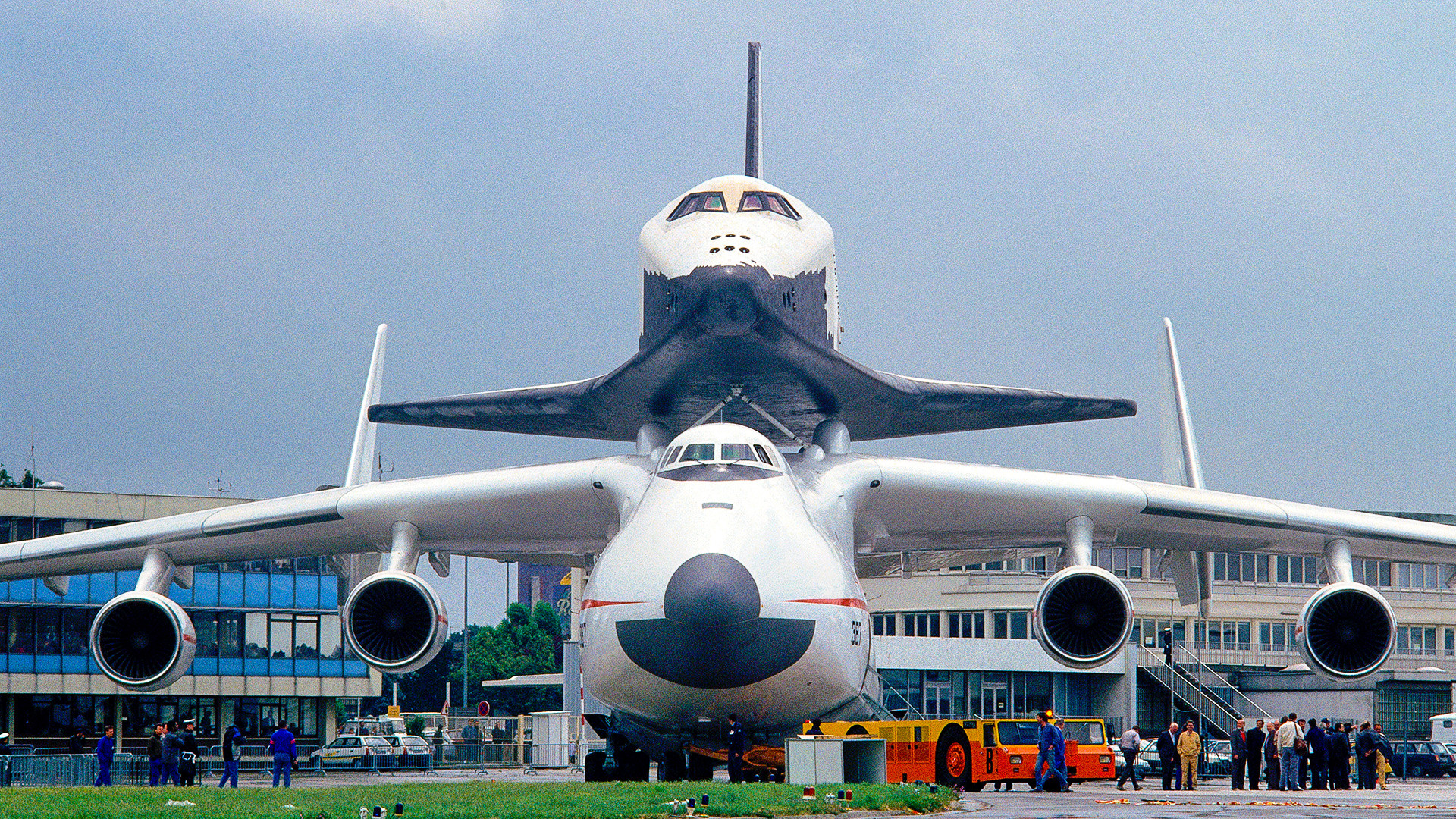 In the same year, the airliner arrived at the Paris Air Show and caused a sensation. The brainchild of Soviet engineers was indeed the heaviest cargo aircraft ever to take to the skies. Mriya was demonstrated at airshows in Canada, the Czech Republic, Britain and the U.S. 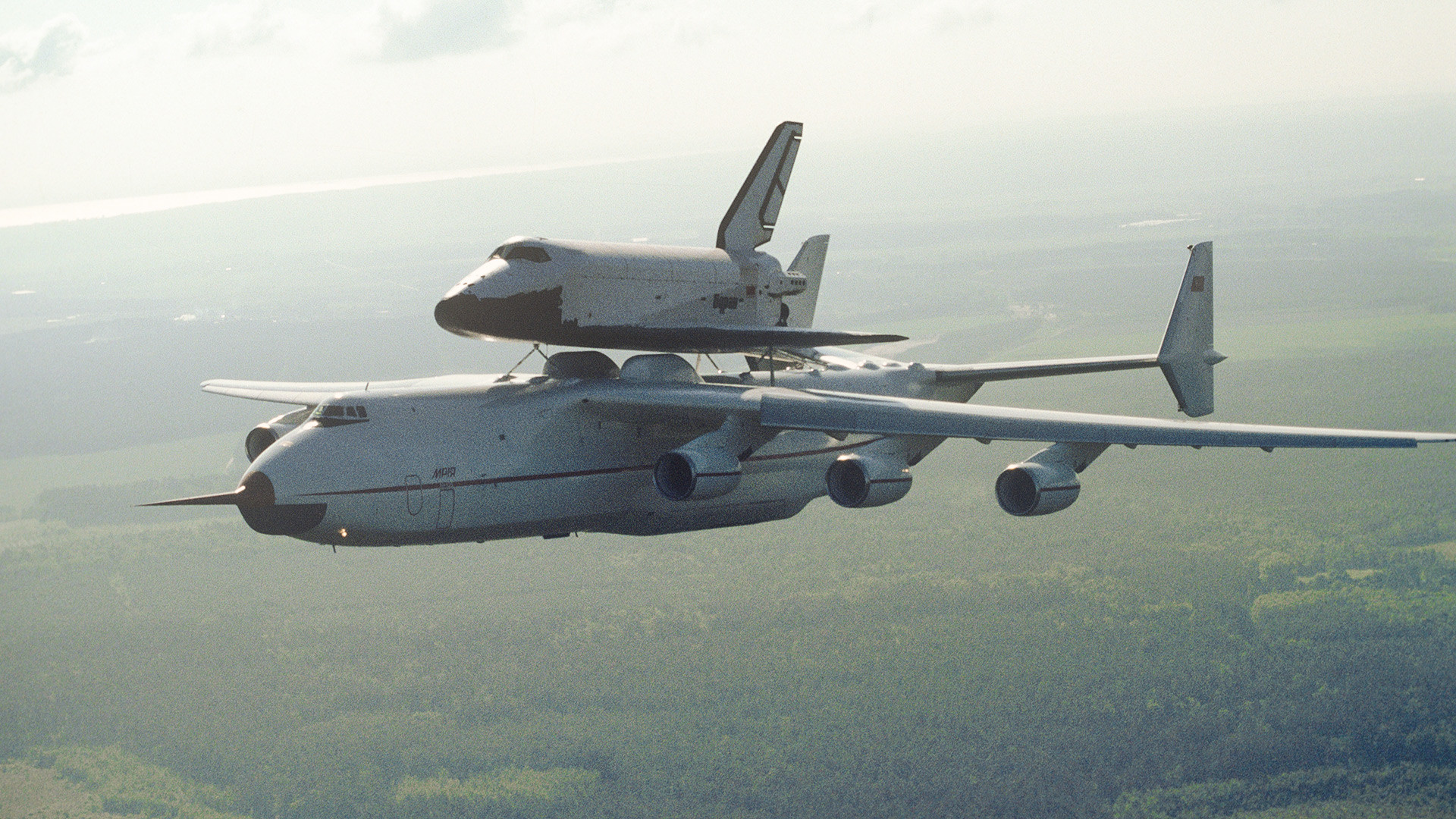 Following its international unveiling, the developers started receiving offers of all kinds. One foreign entrepreneur (his name has not been disclosed) wanted to turn Mriya into a flying VIP cruise liner - with individual cabins for businessmen and newlyweds, comfortable lounges for the other passengers, duty-free shops, restaurants and a casino. 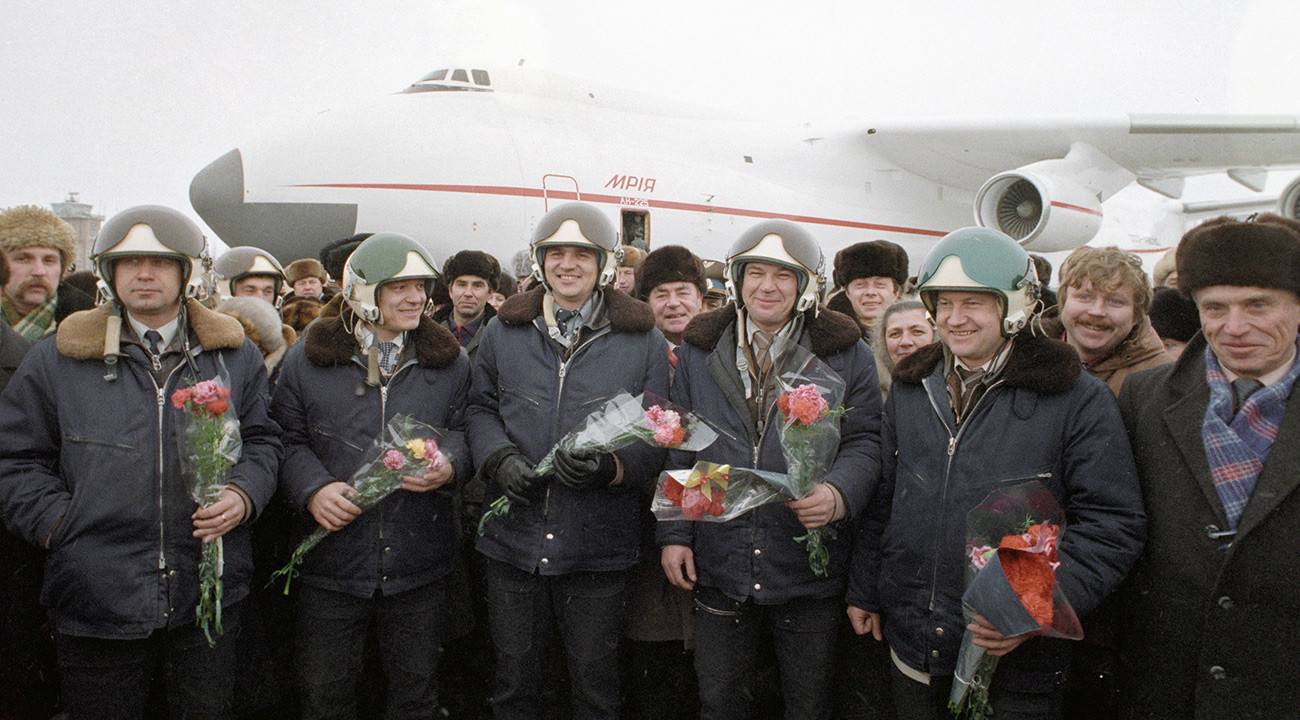 After the successful completion of the first test flight.

An aircraft of this kind could also have been used on the Sydney-London-Tokyo-Sydney route. “I even thought at the time that it would be very easy to arrange for the aircraft's maintenance and ensure a reasonable overhaul period for it since the flights would have been long haul and the payload small,” Vovnyanko recalls. 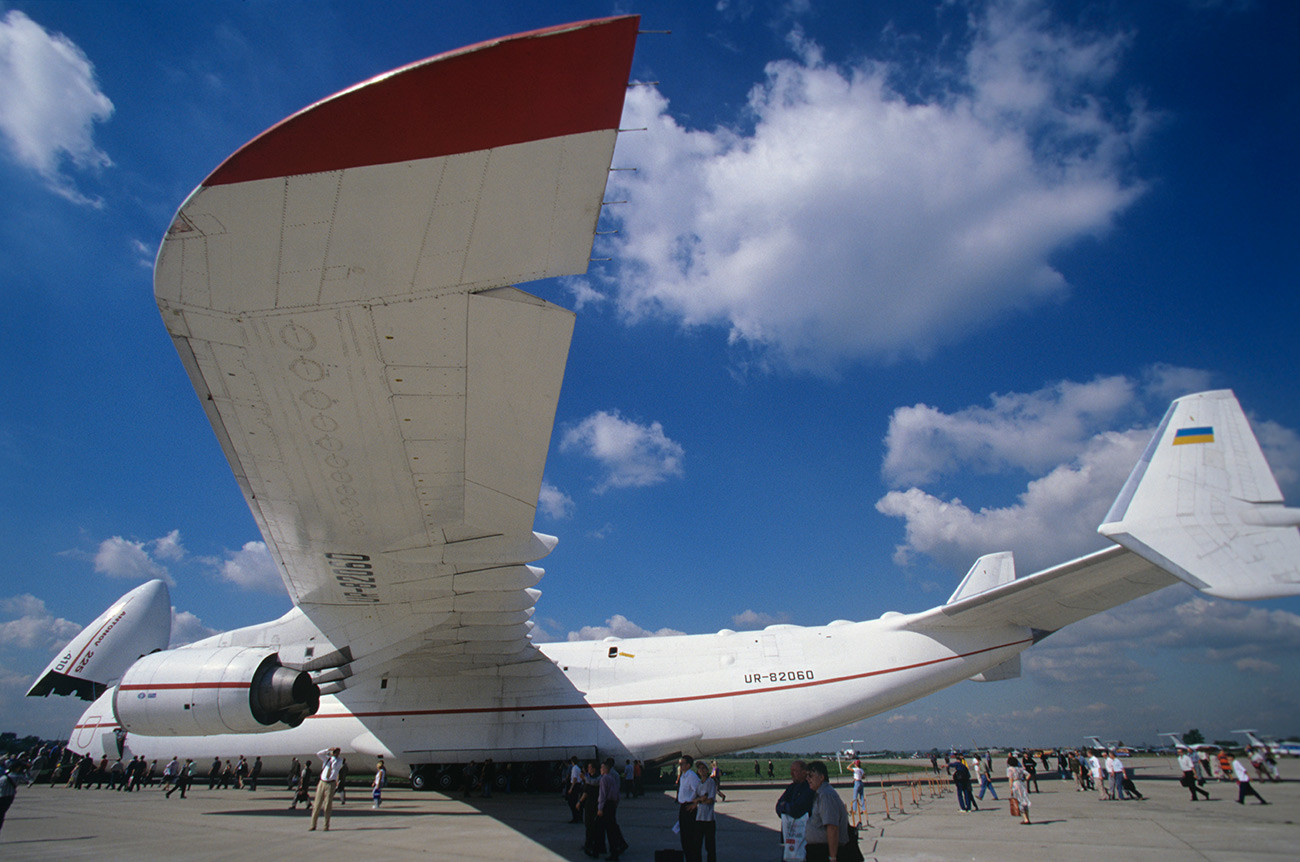 All other tests were also successful. Mriya would have had a great future had it not been for the collapse of the USSR in 1991. The Energia-Buran program was shut down, and all further work on Mriya halted. Newly independent Ukraine, where the aircraft was originally designed and based, “inherited” it. 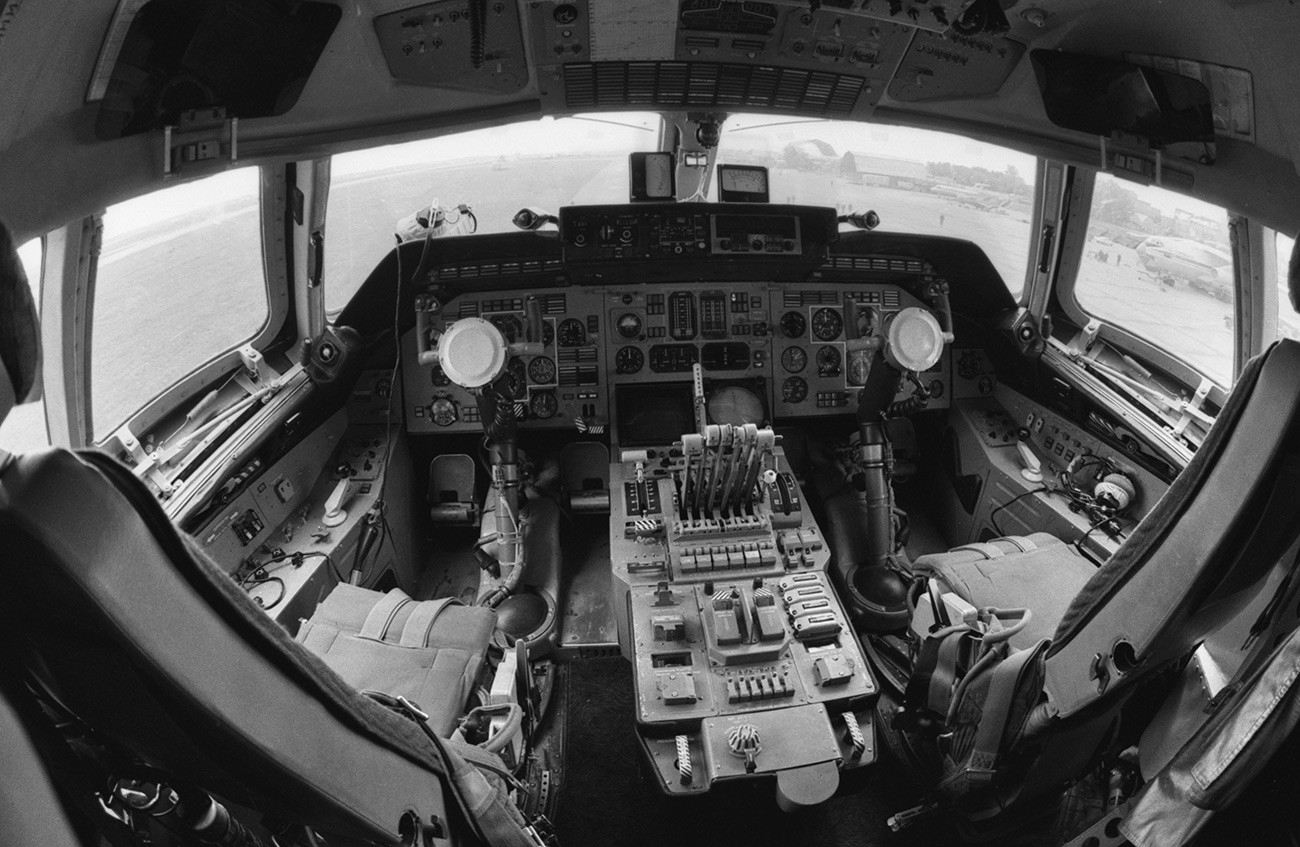 Ukraine ended up with one fully-built aircraft and one that was partially built. But Ukraine, too, could not find the financial resources to maintain the project, and they started dismantling Mriya for spare parts.

This photo taken on October 18, 2010 shows Venezuela President Hugo Chavez (R) holding up a model of the Antonov An-225 Mriya plane during his visit to the Antonov plant in Kiev.

The situation changed in the 2000s when commercial requests for transporting super-heavy payloads started coming in. The unique aircraft was revived and, in 2002, started flying again, now as part of Ukraine’s Antonov Airlines. 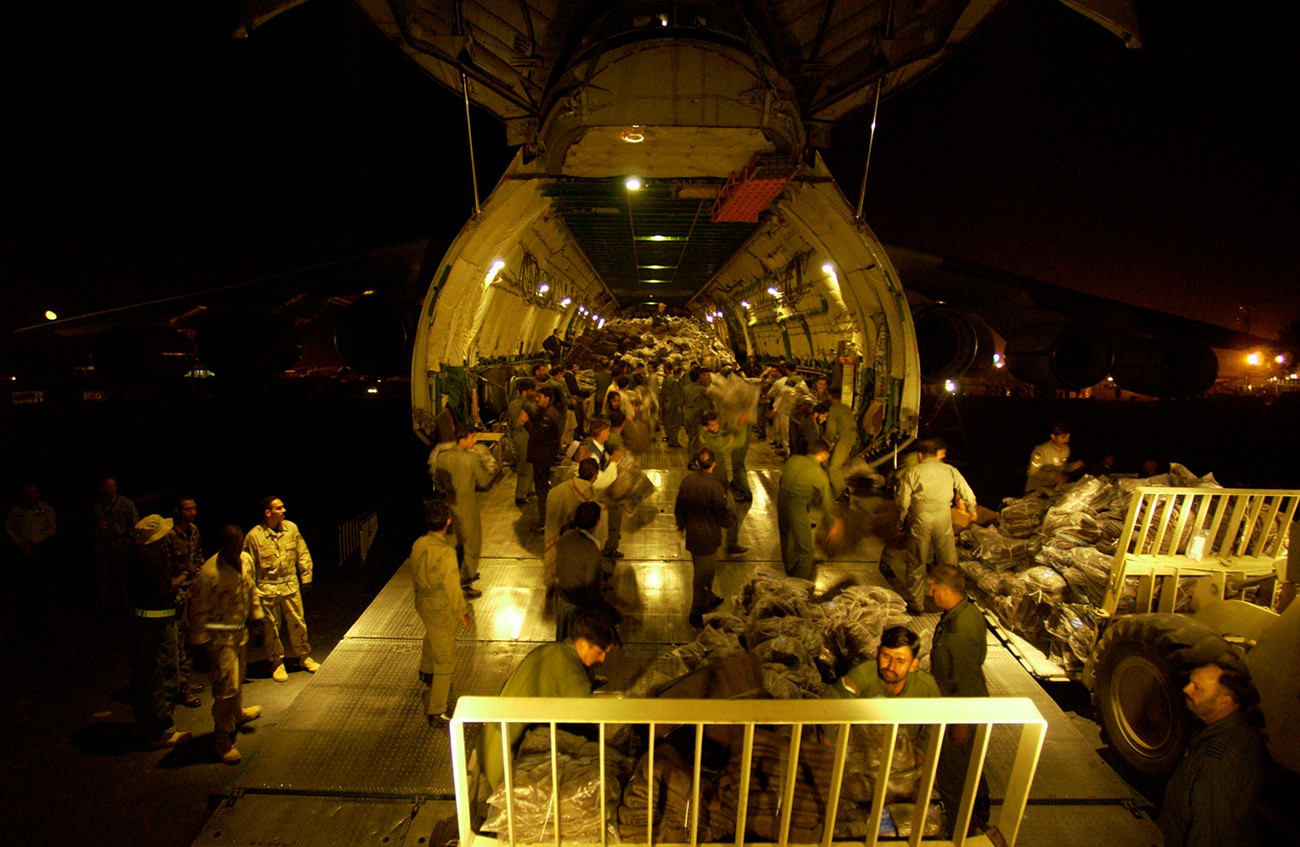 Mriya ended up carrying cargo such as 250 tonnes of special equipment from Prague to Tashkent, giraffes, the King of Spain's yacht, humanitarian aid for Pakistan and, for example, a generator weighing 174 tons for an Armenian electric power plant from Frankfurt to Yerevan. The latter ensured the aircraft an entry in the Guiness Book of Records for transporting the largest single item of cargo in the history of aviation. 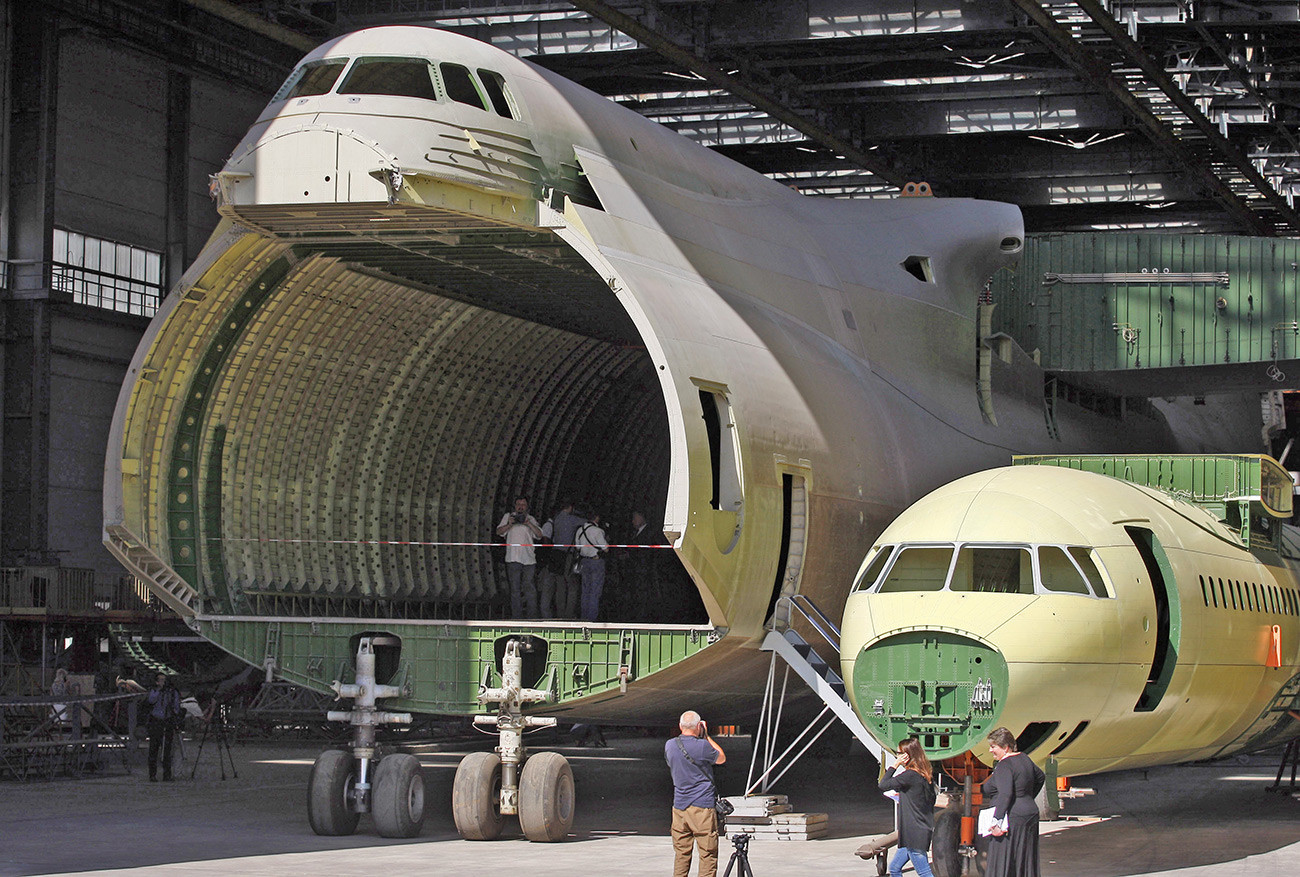 The Chinese were interested in acquiring the second, unfinished aircraft. But in December 2017, they finally lost interest in the project, because most airports in the world are unable to accommodate an aircraft of such weight and size. 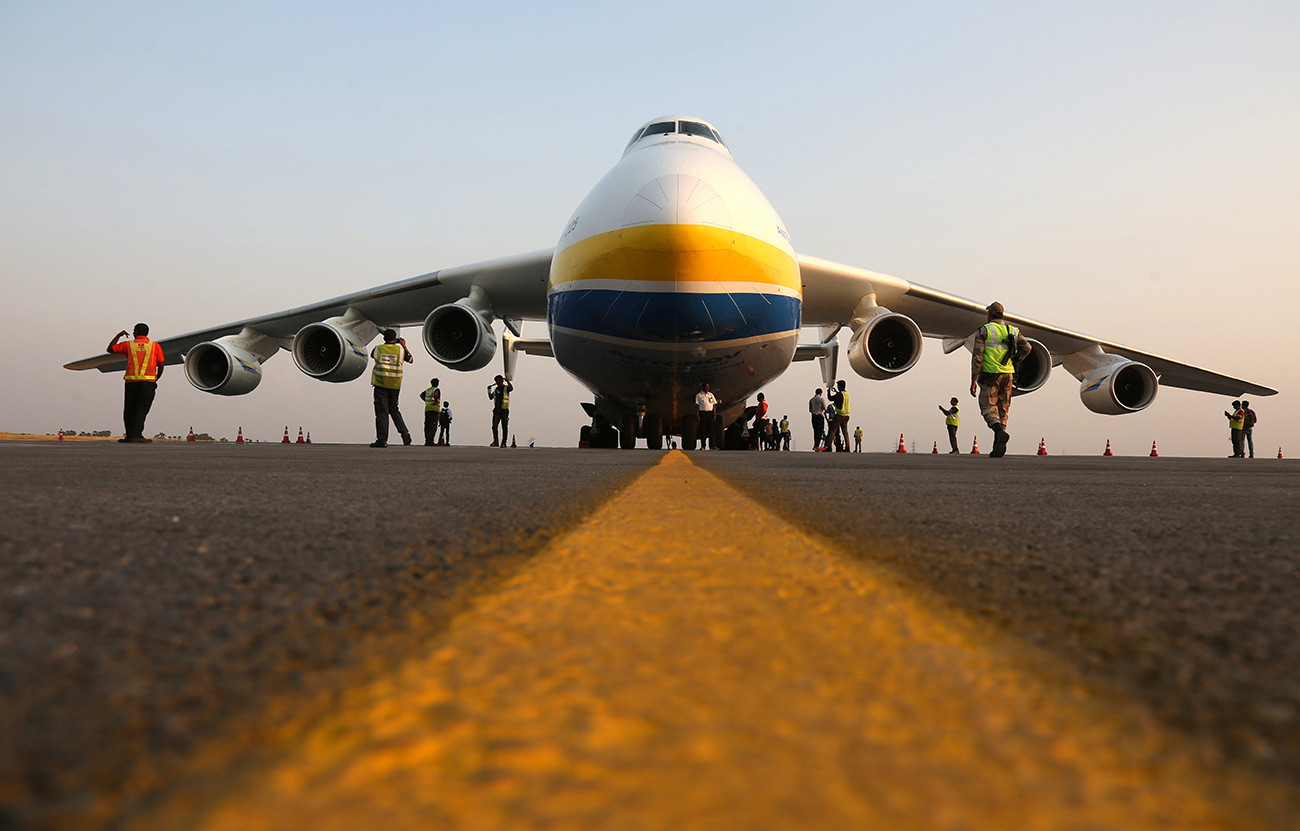 AN-225 Mriya lands for a technical halt at Rajiv Gandhi International airport in Hyderabad, India

As for Russia, it was also offered the opportunity to buy Mriya but, as it turned out, Roscosmos was no longer particularly interested in the airliner's space capabilities, while the Russian An-124 Ruslan cargo aircraft could carry oversized cargo. So the deal fell through. 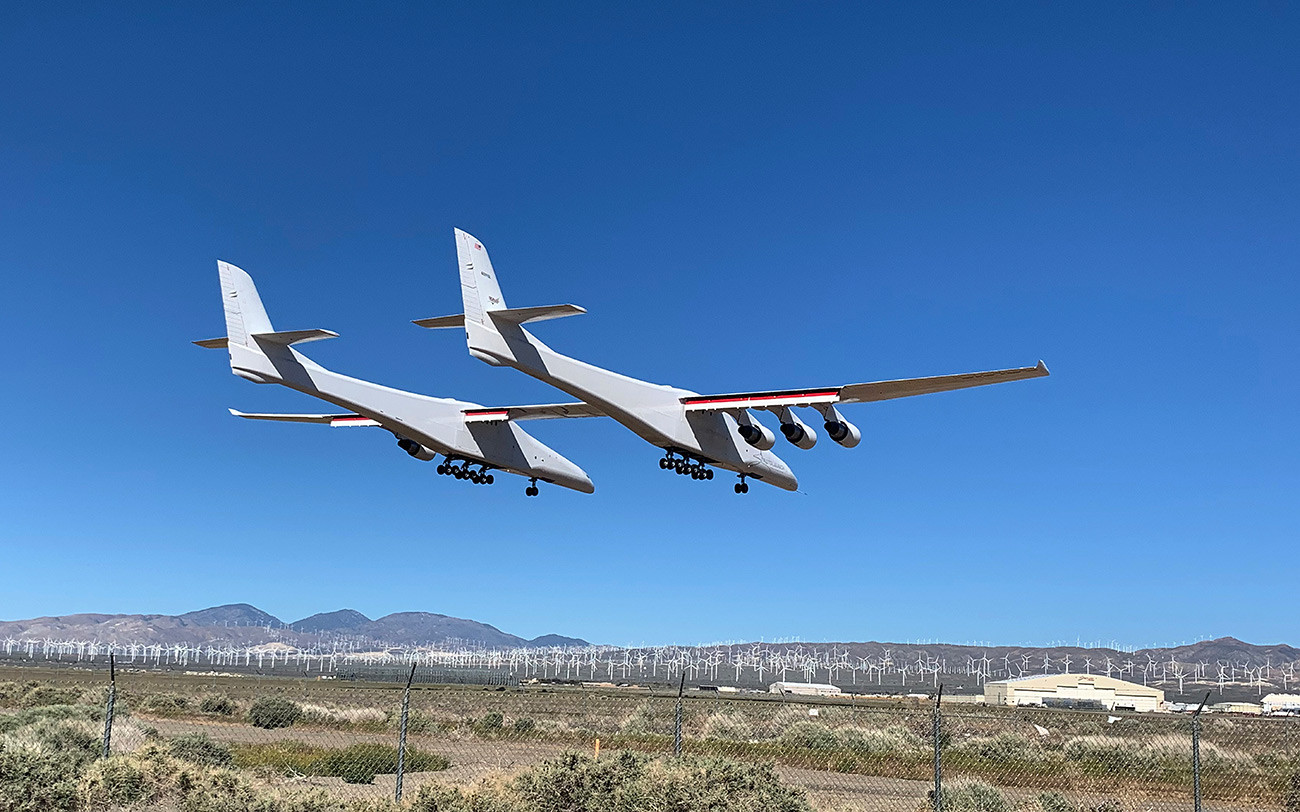 It is true that the idea of a flying cosmodrome has not been abandoned by everyone. In April 2019, American company Stratolaunch System, set up by one of Microsoft’s founders, held a demonstration of the maiden flight of its gigantic aircraft Model 351 over the Californian desert. It pursues the same goals as Mriya, except its maximum payload is 590 tonnes, which means that Mriya still remains the heaviest airliner in the skies.