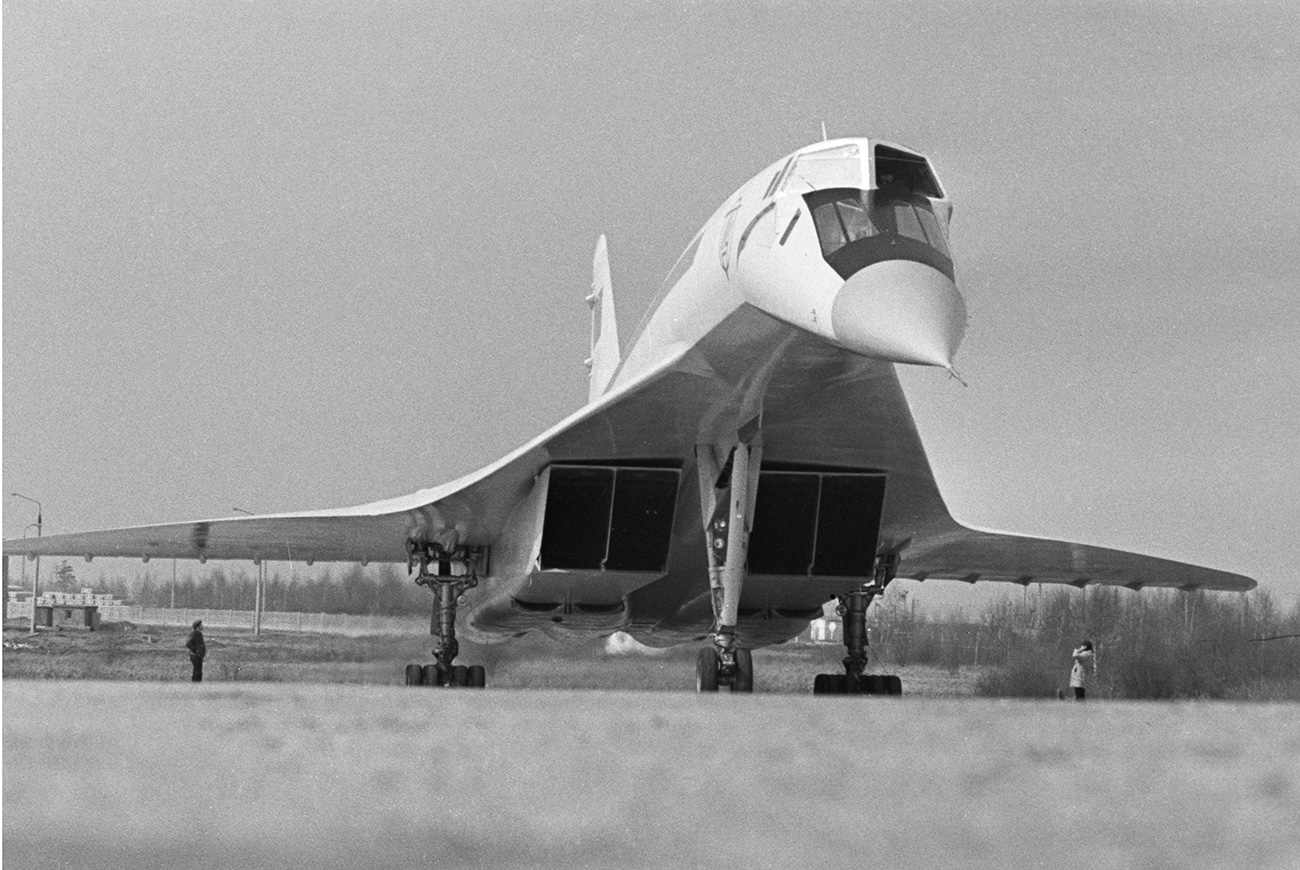 For Khrushchev, the country’s prestige was at stake and the Party demanded that Tupolev takes the new plane in the air by the end of 1968.

Georgy Nadezhdin/TASS
When the first ever commercial supersonic airplane took off from a Moscow airport 40 years ago on Nov. 1, 1977, its passengers were in great risk of which they were not aware. Only pilots knew what would happen if the receiving airfield rejected them. However, a fierce competition with Western airplane designers made it impossible for the Soviet leadership to abort the flight despite great risks it involved.

The idea to build a civilian airplane that would break the speed of sound barrier came to Nikita Khrushchev in 1961 during an aviation show in Moscow. In the air, the Soviet leader saw supersonic bombers Tu-22 and addressed Andrei Tupolev, a legendary Soviet aircraft designer, who was standing next to him: “Andrei Nikolaevich, could you transport people instead of bombs?”

It turned out that the legendary designer had already been working on a new plane that could advance the Soviet science and technology to a whole new level. For Khrushchev, the new plane was a way to demonstrate the superiority of the Soviet system and he gave engineers his go-ahead.

The problem was that the West had already been working on a new supersonic aircraft that heavily resembled what Tupolev had in mind. British and French engineers have joined efforts in creating Concord, a new airplane that would prove the West superiority in the air. The Soviets could not allow this to happen.

The Soviet engineers realized they were under severe pressure in July 1963 when the highest Soviet leadership had issued a decree that instructed Tupolev to build and test the new airplane as soon as possible.

For Khrushchev, the country’s prestige was at stake and the Party demanded that Tupolev takes the new plane in the air by the end of 1968.

“There was a constantly growing pressure. Approaching New Year created an environment of anxiety [among the engineers]. Will it fly or won’t it?” remembered Vladimir Vul, one of the airplane’s designers.

Everything was ready and the outrageously bad weather improved only on Dec. 31, 1968, the last day of the deadline set by the Communist Party.

“Do not forget to sing a song on the way,” Tupolev instructed the test-pilot who was preparing to take the new machine off the ground in weather conditions which in any other circumstances would have disrupted a test-fight. But there was no time for postponing the flight any longer.

In spite of the weather conditions, the first test-flight was a success, which the Soviet leadership proudly transmitted abroad. Even the Pan American Airways Chairman was “very, very impressed” by the Soviet achievement and even considered purchasing the plane for the U.S. market. 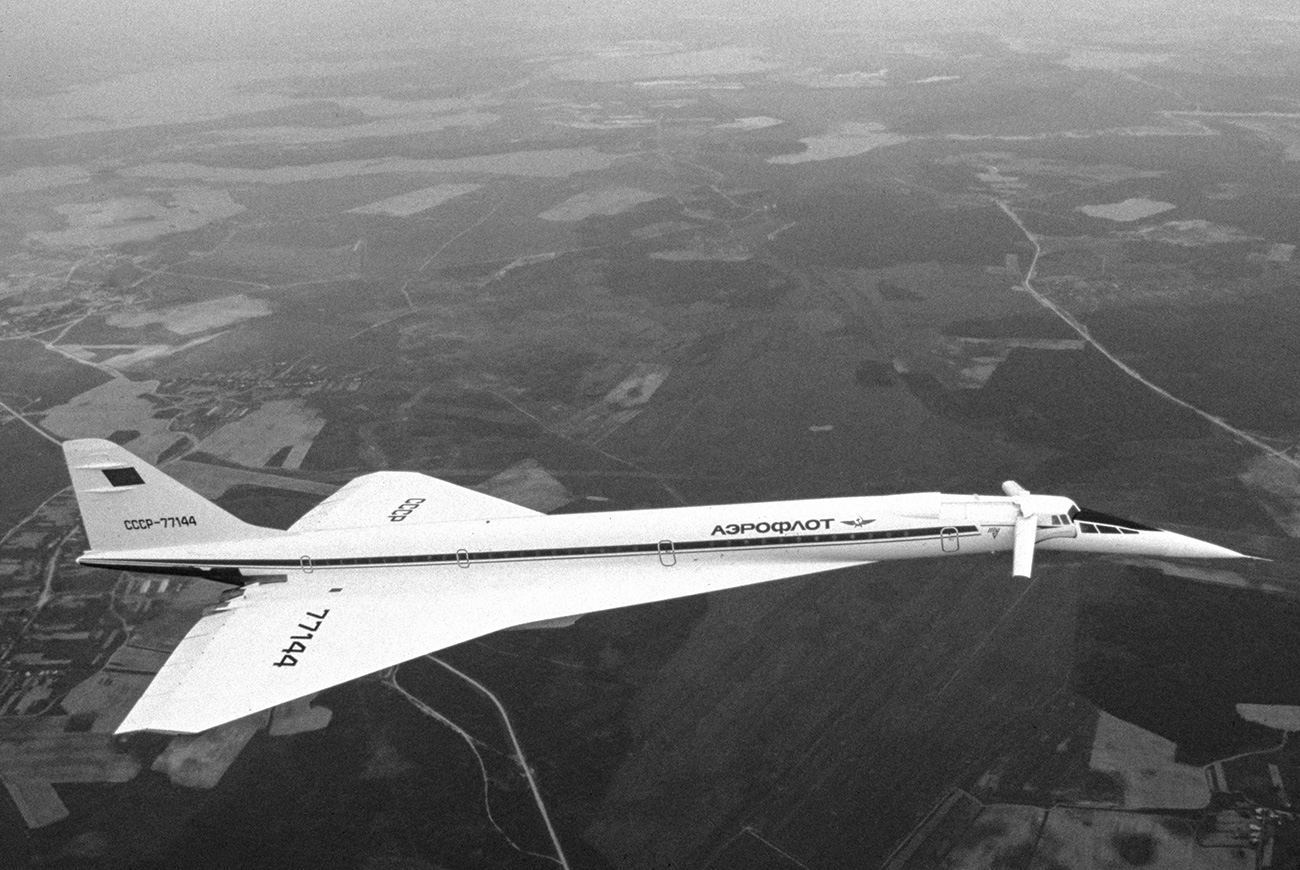 The celebrated Concord had its first test flight in March 1969, but what was really important for the Soviet leadership is that it was two months after the Soviet masterpiece had conquered the airspace.

More tests followed and finally the leadership concluded the plane was safe enough to begin transporting passengers on a regular basis.

On Nov. 1, 1977, Minister of Aviation Boris Bugayev came to Domodedovo airport to witness the first commercial flight of a supersonic Tu-144 with passengers onboard. Bugayev took the ministerial seat in May 1970 and since then became an outspoken critic of the outrageously expensive Tu-144 project, which by that time had lost its powerful defender Nikita Khrushchev.

Nevertheless, the plane took off and landed 3.200 km away in Alma-Ata, Kazakh SSR, only two hours later. Happy passengers were met by the senior Party leadership and enthusiastic journalists.

No one of the passengers knew, however, that the flight was a really dangerous undertaking.

“The pilots used to say that piloting Tu-144 was like kissing a tiger,” remembers Vladimir Potemkin, First Deputy Head of the Flight Department of the Ministry of Civil Aviation of the USSR. Had the main airport in Alma-Ata rejected the plane and the only dispersal field in Tashkent had closed for any reason, pilots would have been left on their own with a plane that was running out of fuel and had nowhere to land. 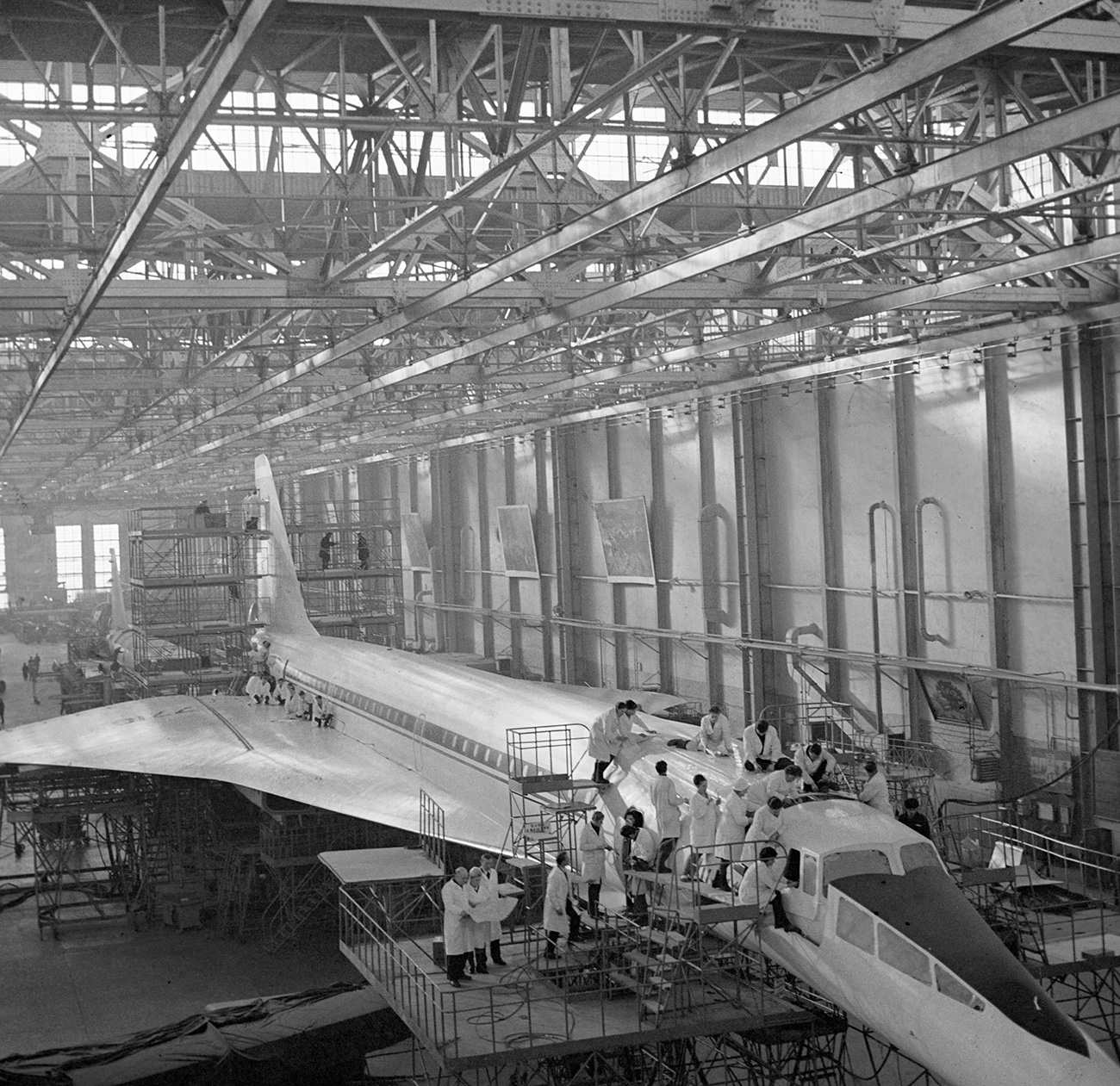 A year later, in 1978, Soviet engineers made a fatal attempt to test new engines that would have prolonged the airplanes flight distance: the Tu-144 equipped with new engines has crashed killing two flight engineers on board. Dissatisfied with the plane’s unprofitability, the Soviet leadership used the crash as a pretext and ceased the weekly commercial flights of the supersonic jet.

Concord’s lifespan last more than two decades longer. Though, no airlines could afford to pay $350 million that designers had spent on each supersonic jet and the 12 airplanes were transferred to Air France and British Airways for free.

A disaster of 2000 was the final nail in Concord’s coffin: a supersonic plane crashed during takeoff just oustside Paris, France, killing all of the 113 passengers on board.

The end of the Cold War has devalued overprized projects that failed to generate profits: Tu-144 and Concord, the pride of the Soviet Union and the triumph of Franco-British cooperation, have retired. They have been turned into museum showpieces and monuments, remnants of the time when political frictions pushed technology far beyond their natural development pace.

How catastrophes influenced the modernization of Russia's army air fleet>>>

Sergei Korolev: 7 great achievements of the man who sent Gagarin to space>>>