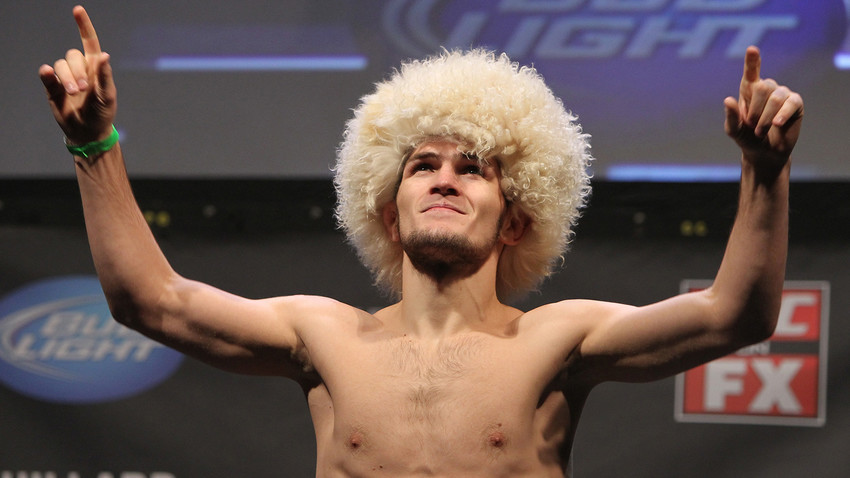 Getty Images
No-one, apart from Khabib, their relatives and her friends, has even seen her face.

In September 2019, following Khabib Nurmagomedov’s  victory over American Dustin Poirier, the 31-year-old UFC mixed martial arts champion became the most popular person on Instagram in Russia. He now has more than 16 million followers.

But all this popularity does not extend to his private life. Until recently, outsiders knew almost nothing about it. At his 2013 wedding, attended by over 3,000 guests, Khabib's wife never showed her face. There is not a single photo of her on the internet. “My family is a closed subject,” Khabib says categorically. But despite all his efforts to hide this aspect of his life, there are some things that are still known about her.

She is his distant relative

The name of Khabib's wife is Patimat. She was born in the same mountain village in Dagestan as Khabib - Sildi. It’s a small village with 200 inhabitants. Khabib shows what the village looks like on his Instagram page.

According to Mash, Patimat was his first love.  They sat at the same desk at the village school, albeit for only a year: When Khabib was in his second year in high school, his family decided to move to Kirovaul, a more sizeable village in Dagestan. And later, the Nurmagomedovs moved even further - to the republic's capital, Makhachkala. 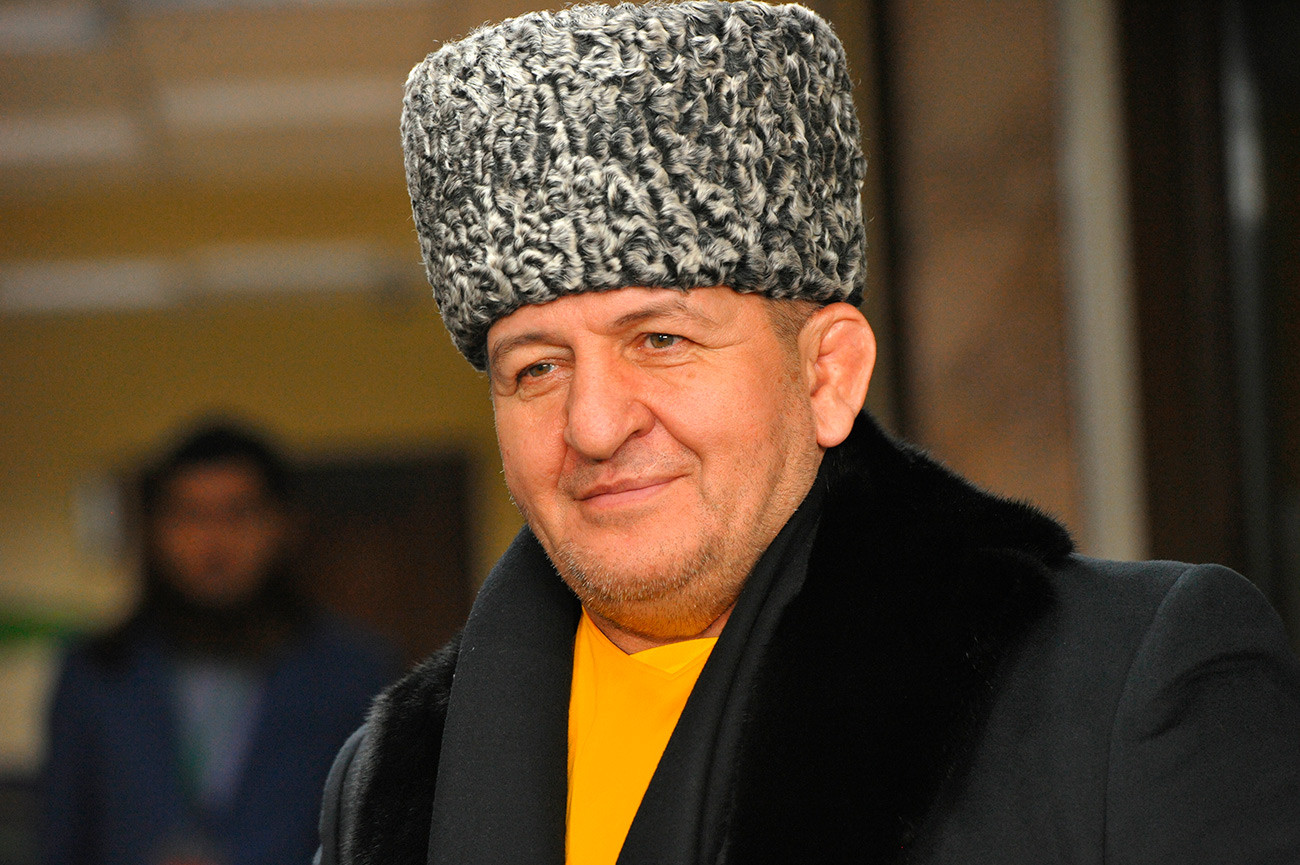 In an interview with Sport Express, Khabib's father, Abdulmanap, said that Patimat was a “distant relative”. She had the same surname - Nurmagomedova - before she married Khabib. Abdulmanap describes her family as an “excellent” one. In the small village of Sildi, families have known one another for generations.

Over 3,000 guests attended the wedding

Khabib was 22 when he decided to get married. By that time, he had already progressed from local leagues to Ultimate Fighting Championship (UFC) fights, had attracted many Americans' attention with several impressive victories and, by mid-2013, had earned the reputation of the most promising fighter in the UFC. At that time, he returned to his native Dagestan and sent his father to Patimat's parents to ask for her hand. That is how the story is told in the Russian media today. But, according to Khabib's father, first the young man sought his grandfather's advice: Five or six girls were being considered for the role of Khabib's wife. In the end, Patimat was chosen.

The wedding was exuberant, even by Dagestani standards, as literally everyone was invited. "Anyone who would like to offer their congratulations - please come!" - was the wording of the invitation. And since Khabib had been gaining popularity very rapidly, there were many such people - more than 3,000. The family had to lease a hall for 1,200 people and change the guest list three times. The wedding cost 700,000 rubles - or $21,200, according to the exchange rate at the time - an amount that was not too extravagant for an event on such a scale. But, according to the Nurmagomedov family, they were offered all possible discounts as a token of respect.

During all the days of the celebrations, Patimat wore a dark  veil, so no-one actually saw the bride's face. Khabib is a deeply religious man, he is a Muslim, and, according to Islamic tradition, a wife can only be seen “uncovered” at home - by him and/or their relatives. “A husband tells his wife to cover herself and she does. Her beauty should belong only to her husband. It is not a matter for discussion today, everything was decided 400 years ago,” Khabib's father explains.

According to Mash, Khabib's wife spends most of her time at home. She is not on social media and there are no confirmed photos of her on the internet. The only photo which, according to Khabib's fans, shows Patimat's face is this one:

The UFC champion has two children with Patimat: Daughter Fatima was born in 2015 and son Magomed in 2017. On the birth of their son, in line with an old tradition, the family fired an ancient royal cannon (there is one in the district center). In September 2019, it emerged they were expecting their third child.

Inone of his interviews, Khabib explained why he does not take his wife to fights or training sessions. “I believe that the family gets in the way. For instance, Cormier [Daniel Cormier, an American UFC fighter], does bring his family. During the last week, when he is shedding weight, his family is with him all the time. It helps him - but it would hamper me. I believe my family should stay away from all this.” This secretiveness hasn’t gone  unnoticed by colleagues and even prompted another row with an opponent of his, Irishman Conor McGregor - on Twitter he compared Khabib's wife to a “towel”.

“You are wrong if you think you can insult someone else's religion and be safe,” Nurmagomedv replied. Previously, he had compared Conor to a jealous wife who regularly threatens to leave but nevertheless stays.

According to Khabib's father, his son has only one love and only one wife. But in the same interview with Sport Express, he also said that in his family men always had second and third wives after the age of 50 [according to the laws of the Russian Federation, polygamy is prohibited and such marriages are not officially registered; the “marriage” is contracted in the presence of a mullah].

If Khabib decided to have another wife now, Abdulmanap says he would tell him: “Not at your age, it’s too early, look after your first family.” “But, in general, I won't be against his having a second or third family. If he is allowed to do so by the Almighty, why should I object?” believes Khabib's father.