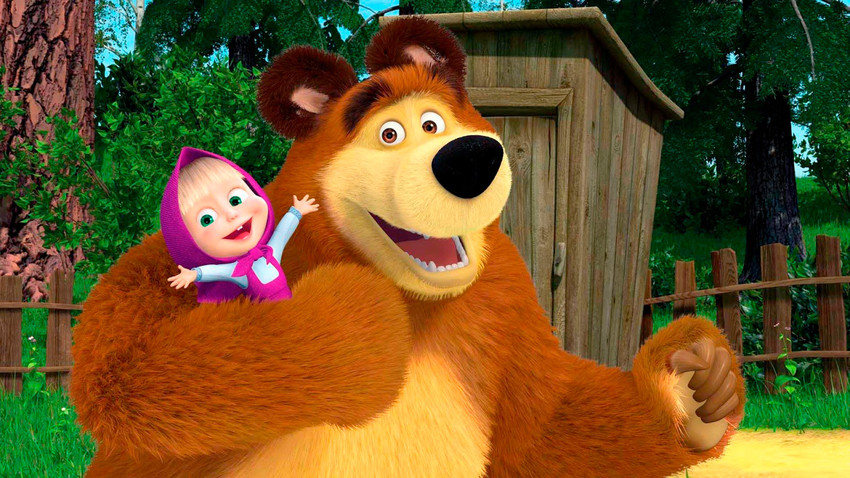 Masha and the Bear
The world's most successful animated series is being released in cinemas across the U.K. and Ireland. But you don’t have to live in the British Isles to enjoy it!

The Russian animated series Masha and the Bear is more than 10 years old and over time it has become a global hit. After its successful distribution in Italy, a full-length version is coming to the big screen in the U.K. and Ireland. Screenings will start on Sept. 20 and continue for at least four weeks in 89 Vue Entertainment cinemas.

1. The most watched animated movie on the planet! 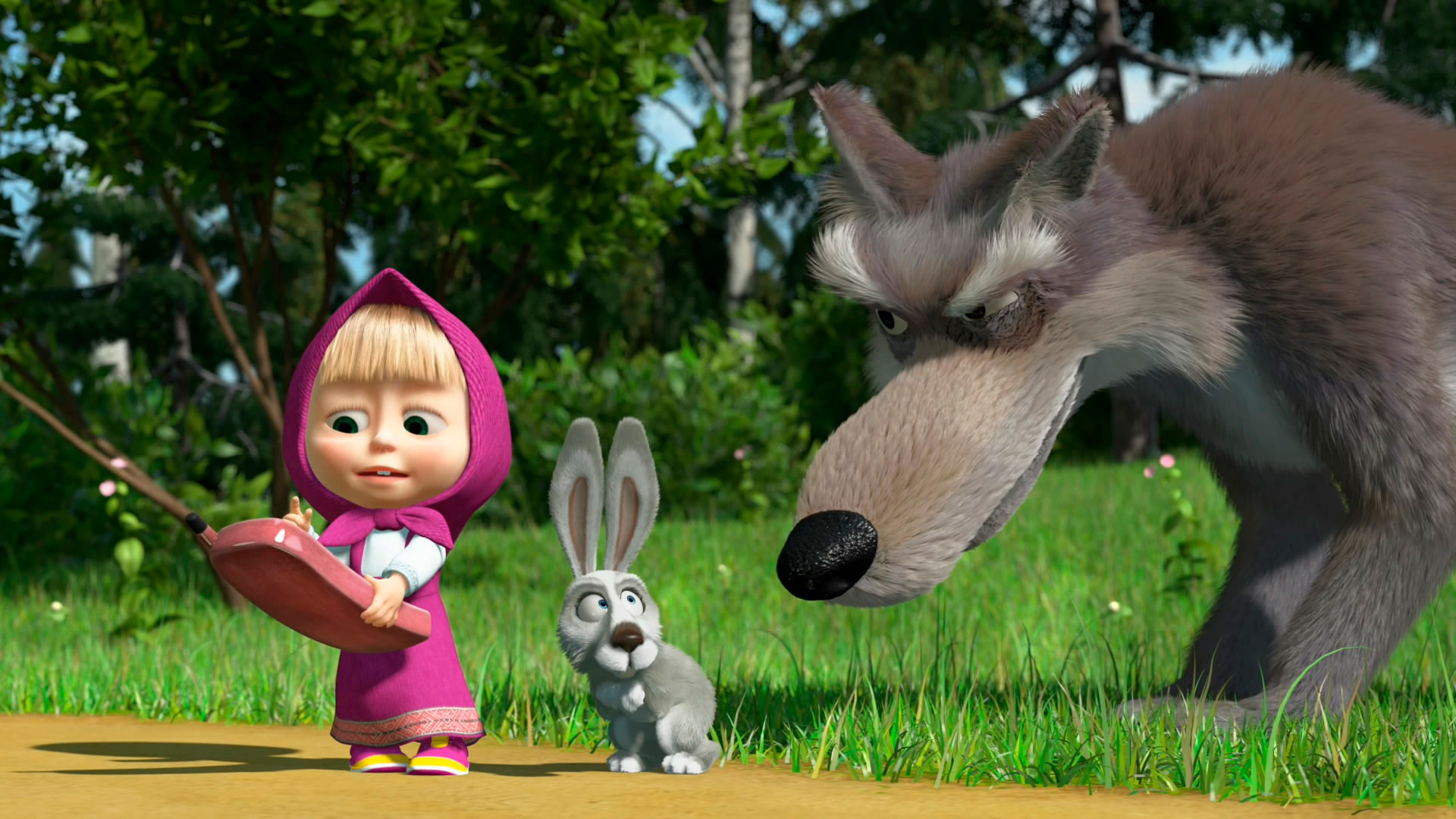 In 2019 the cartoon's popularity was at last officially recognized: it was included in the Guiness Book of Records as the most watched animated film on social media - over 50bn views on YouTube alone! To understand how many that is, suffice it to say that, in the entire history of video hosting, only the soundtrack to the movie Furious 7, Ed Sheeran's Shape of You, and the rousing Despacito did better.

The animated series about the little girl Masha and the domesticated Bear who live in a Russian forest is being shown in more than 130 countries around the world. No other Russian animated film has previously achieved such success.

Not enough for you? The following episode has become the only Russian-language video on YouTube that has had over a billion views - it has been watched 4.4 billion times.

That is how Netflix described Masha and the Bear when they added it to their online library in 2015. The reason why the film found itself at the top of children's content in many countries is to be found, above all, in its universality. You don't have to be Russian to follow the series. 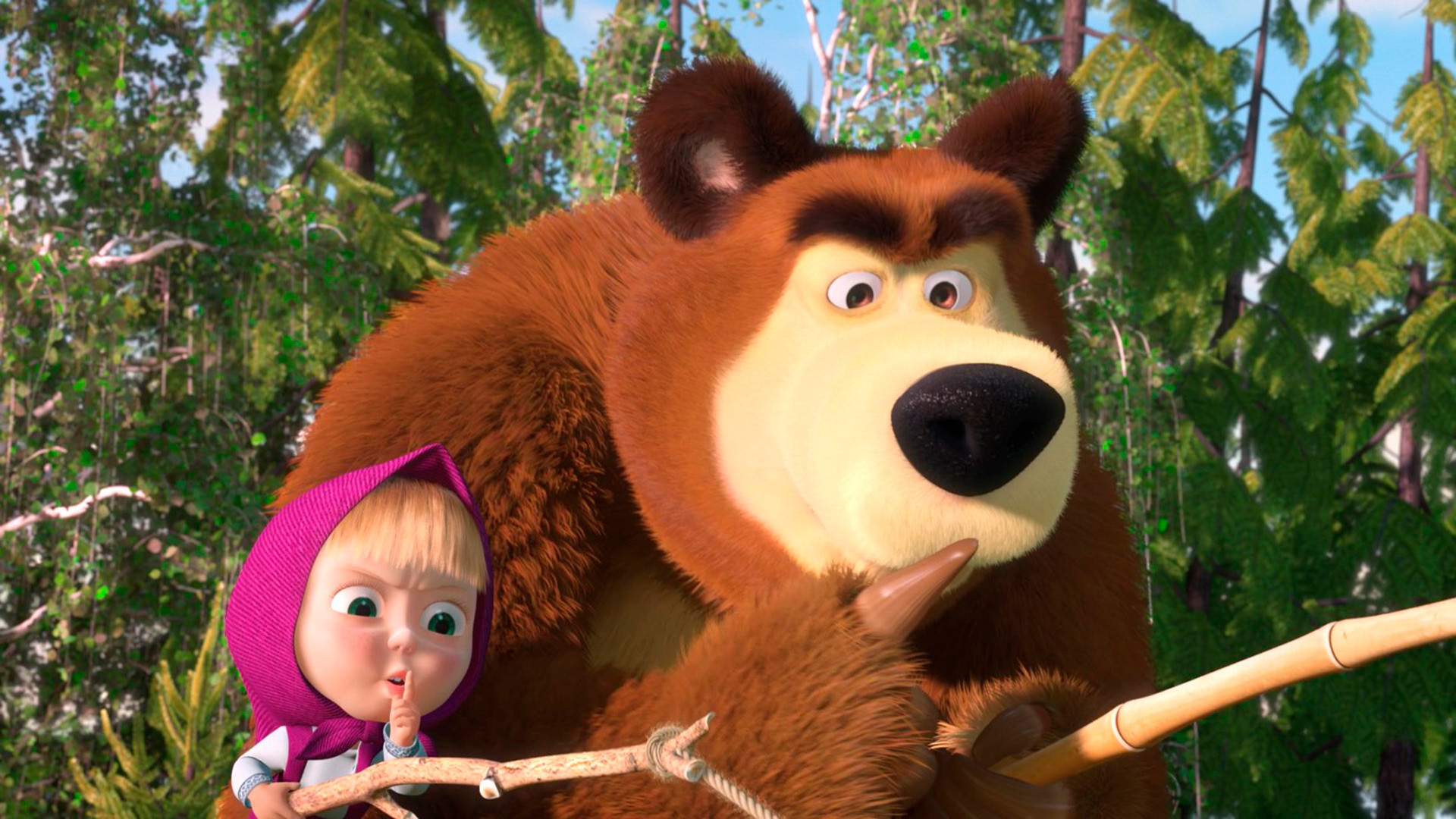 The scenario in which a child demands a parent's attention every minute and as soon as the parent is distracted everything goes out of control with lightning speed is all too familiar to every parent. Its universal themes and situations make Masha and the Bear an absolutely global product.

Also, the series is excellently drawn, it is amusing, and has a minimum of dialogue, making its storylines even more accessible to audiences around the world. And, most importantly, it is made with love. 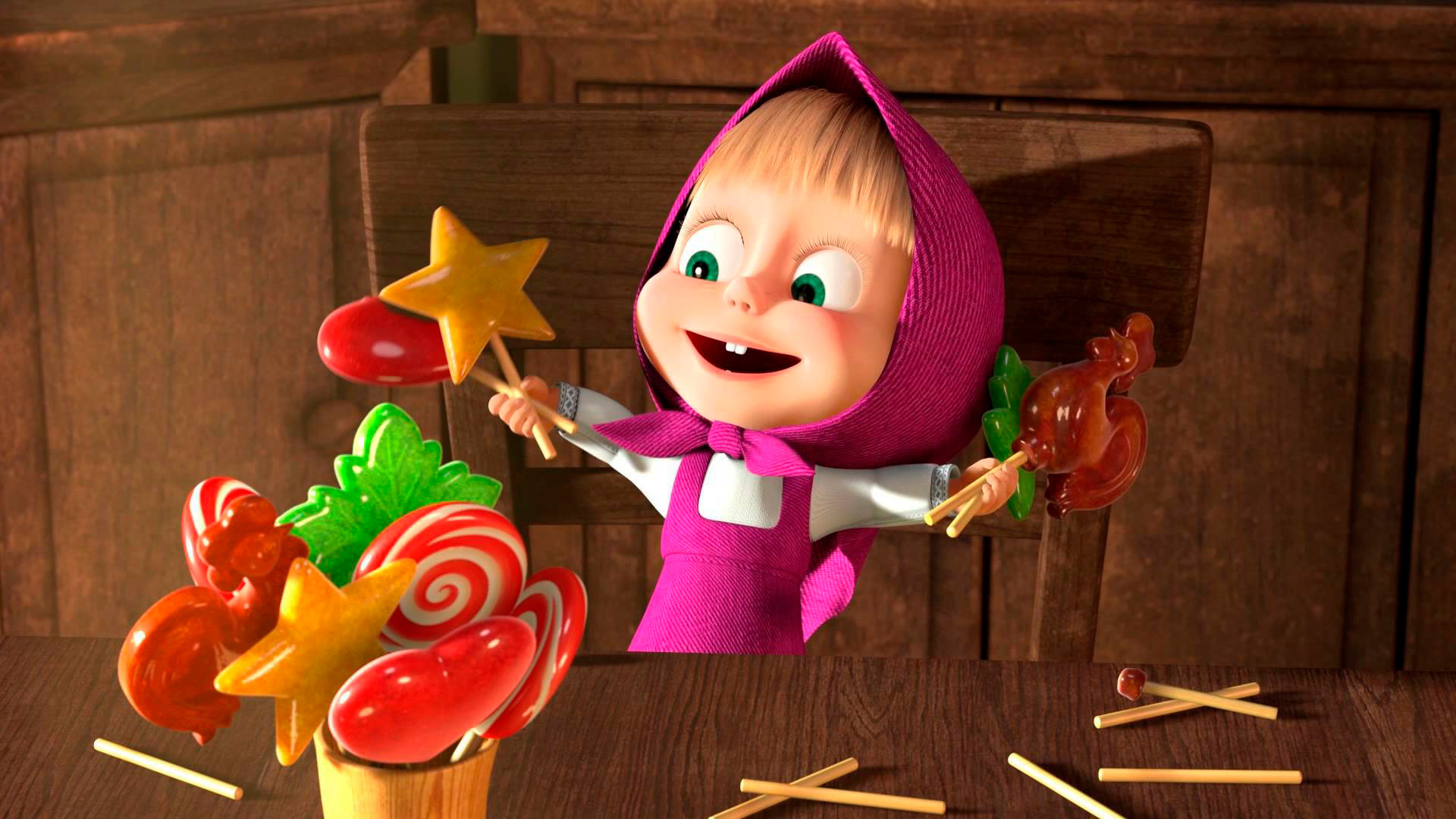 Masha and the Bear's main audience is children aged between two and seven, both boys and girls. The author of the project, animator Oleg Kuzovkin, was a big fan of Tom and Jerry: A fight among the protagonists, an amusing storyline, plus, inevitably, a moralizing happy ending (or almost happy ending) - it looked the perfect formula. But he decided that, aside from talking animals, he needed ...a child. Who else would young viewers identify themselves with so easily? Masha looks at the world through the eyes of her audience and this, of course, is a captivating device.

A standard episode of the animated series lasts between seven and 10 minutes. For the cinema version the creators assembled several episodes in one film and added a bit of interactivity for children. The British distribution will include both already released episodes and some from the third season that will be shown for the first time. 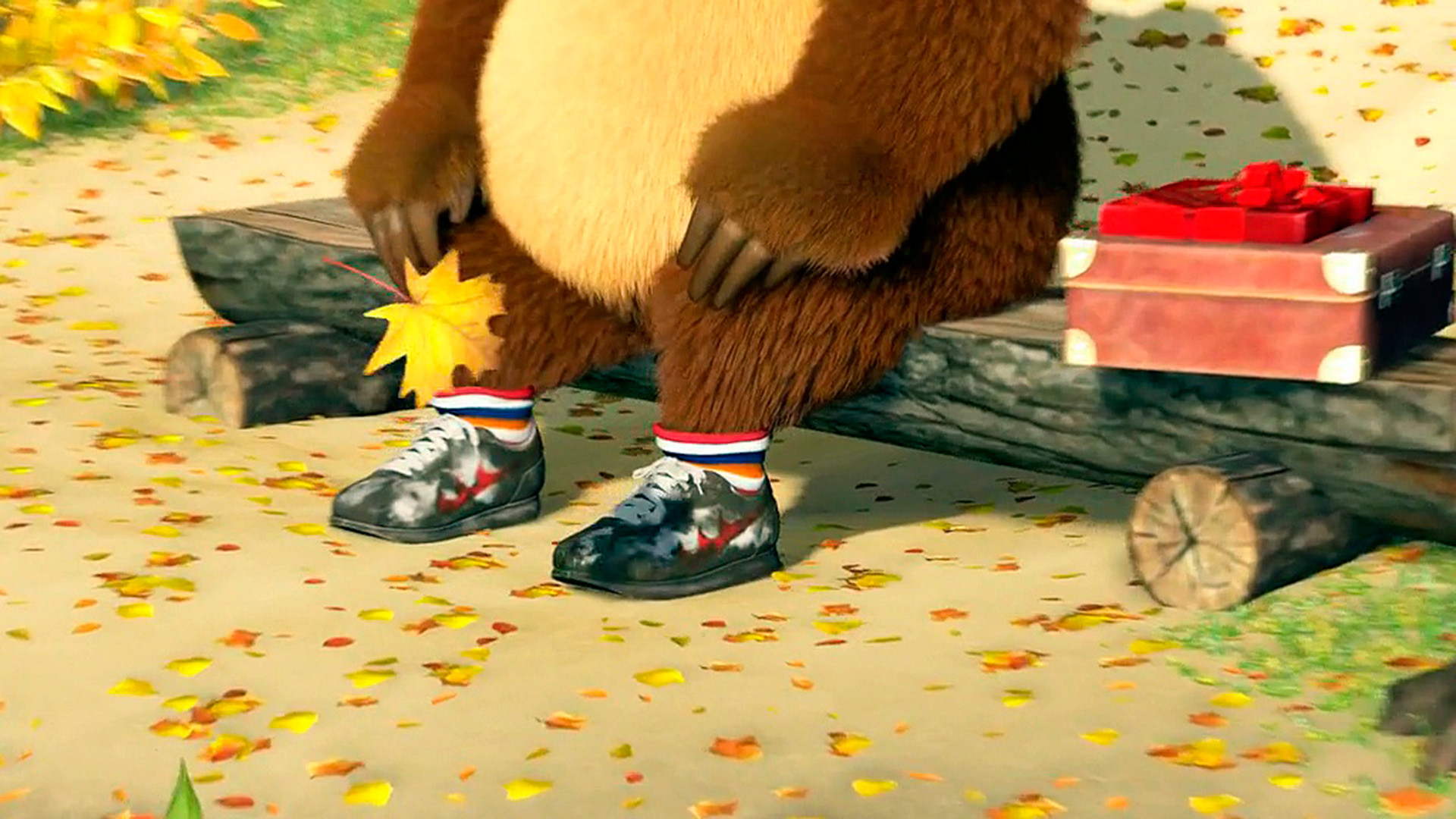 Masha and the Bear has also thought of the parents. For them, "Easter eggs" have been "woven" into the storylines and visuals - only an adult can understand them. For example, they can be references to Titanic, Forrest Gump or The Mask of Zorro, or just everyday life in the Soviet Union in the Bear's house, with its old television set and fridge. The latter, of course, won't evoke nostalgia among foreign audiences, but remains an intriguing detail nevertheless. 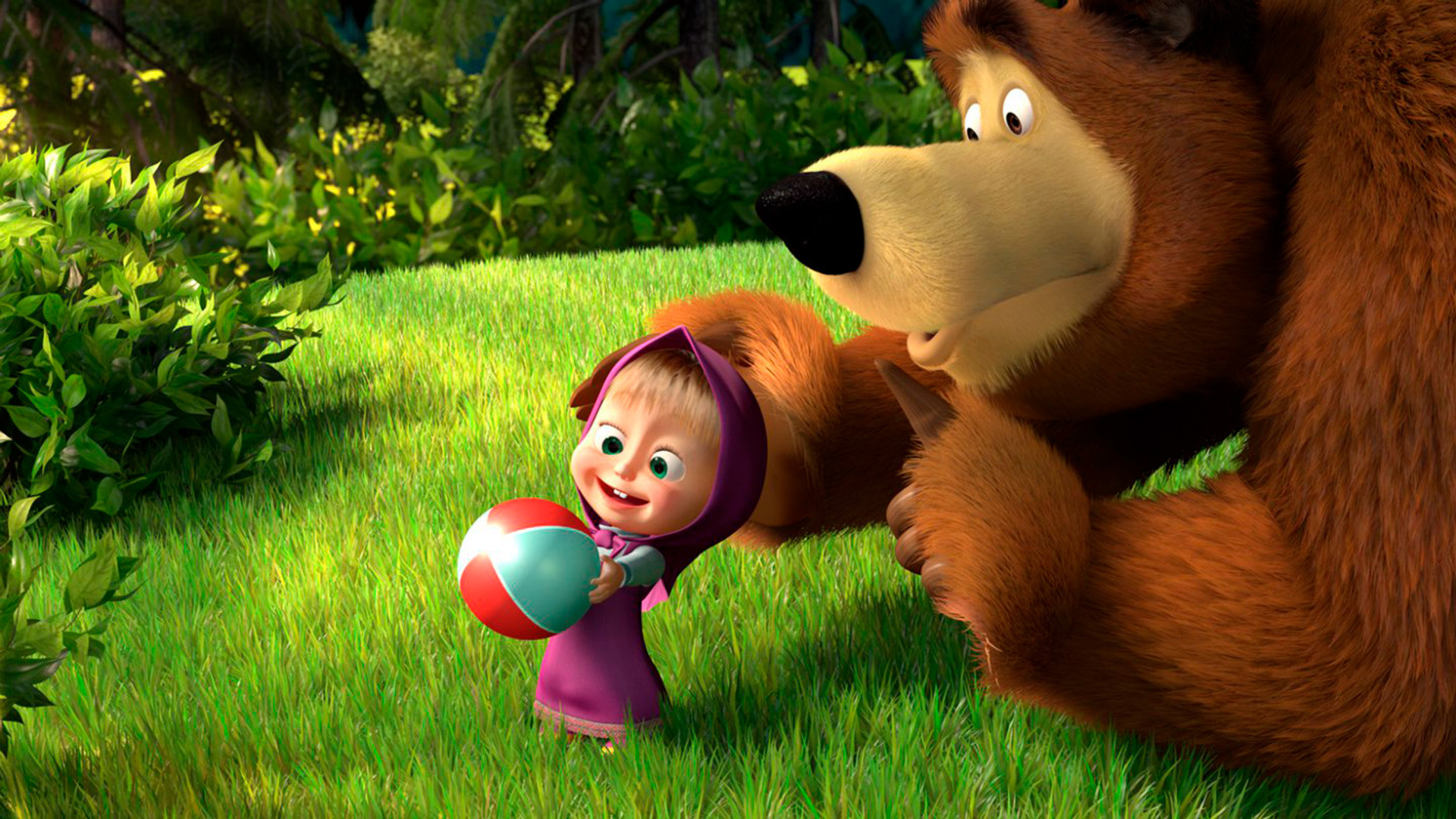 Masha and the Bear is one of the five most popular children's brands in Europe, something that gives its creators almost unlimited opportunities to make money from anything they want.

Associated merchandise in the form of books, food products, toys and stationery bring them more profit than the distribution rights to the whole animated series.

Fortunately, it is brand policy not to make money at the expense of children's health. For instance, your child will never eat too many potato crisps with Masha on the packaging or have fizzy drinks from the Bear after they become a fan. There are simply no such products because the Russian brand doesn't license them. As an alternative, for example in Italy, they launched puffed corn instead of crisps, and mineral water and juices instead of sweet fizzy drinks.