Why watch Netflix’s Better Than Us, a Russian TV show about cyborgs

Culture
Yekaterina Sinelschikova
Andrey Junkovsky/Black, Yellow and White/Netflix, 2018
Robot uprisings and a future living among cyborgs – these topics have now entered public discourse in Russia, too. A case in point is a Russian TV show snapped up by Netflix, which has now been translated into 25 languages.

In terms of its storyline, the Russian TV show about android cyborgs, Better Than Us (orig. ‘Ludshe chem Ludi’), resembles the Swedish hit, Real Humans, and the Anglo-American series, Humans. It slightly goes into Westworld territory, too, but still retains its originality. Let's find out why yet another TV drama set in the near future and focusing on relations between robots and humans is actually worth watching. 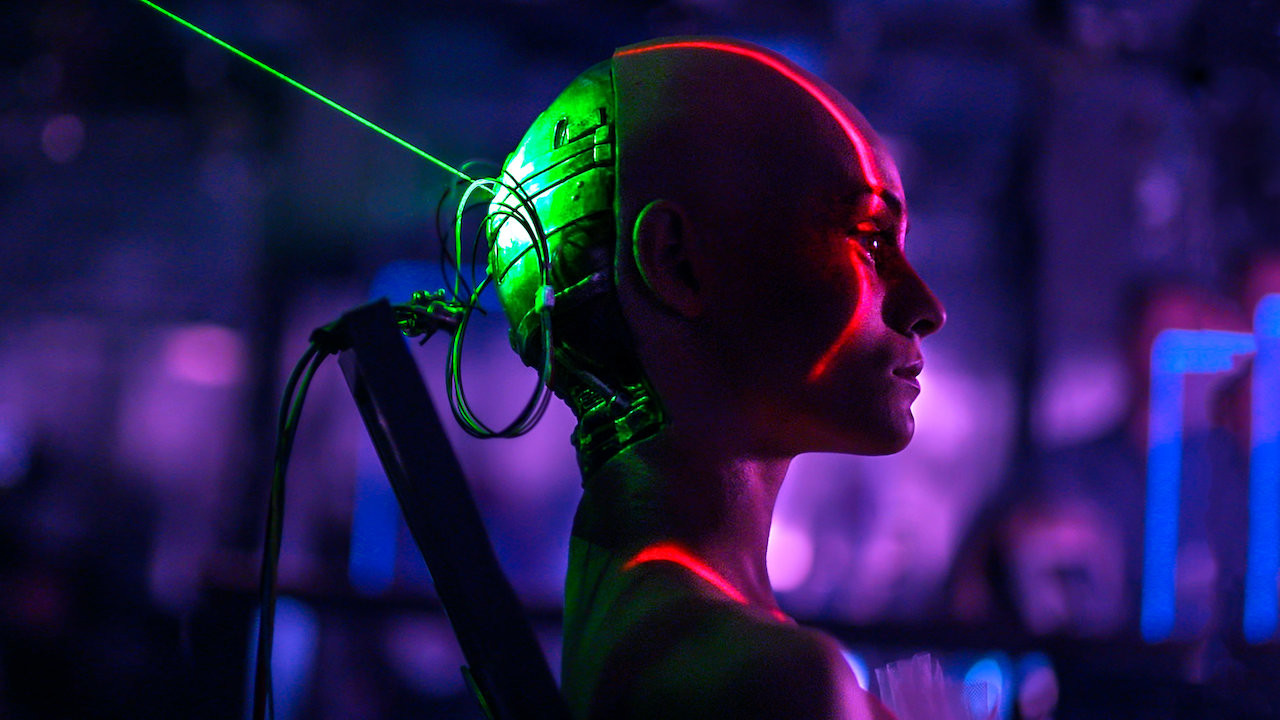 The film is set in Russia in an era of total cyberpunk. Mobile phone screens are projected onto hands, voice assistants are faster than the time it takes you to formulate your request, and robots have become commonplace, like vacuum cleaners or dashboard cameras. Some of them look like Boston Dynamics humanoid robots and are used to do menial or unappealing work, like carrying heavy loads, digging earth, performing autopsies. Other next gen robots look like humans: they work as domestic help, caregivers to the elderly, secretaries, drivers, are used as sex toys and foot soldiers in begging gangs.

The only thing that neither type of robot can do is to harm a human being (as their software is not programmed to do so). But suddenly, a robot appears on the black market whose abilities go far beyond the ordinary. She is called Arisa and she is capable of empathy, understanding the concepts of “love” and “family”, and also killing and death. 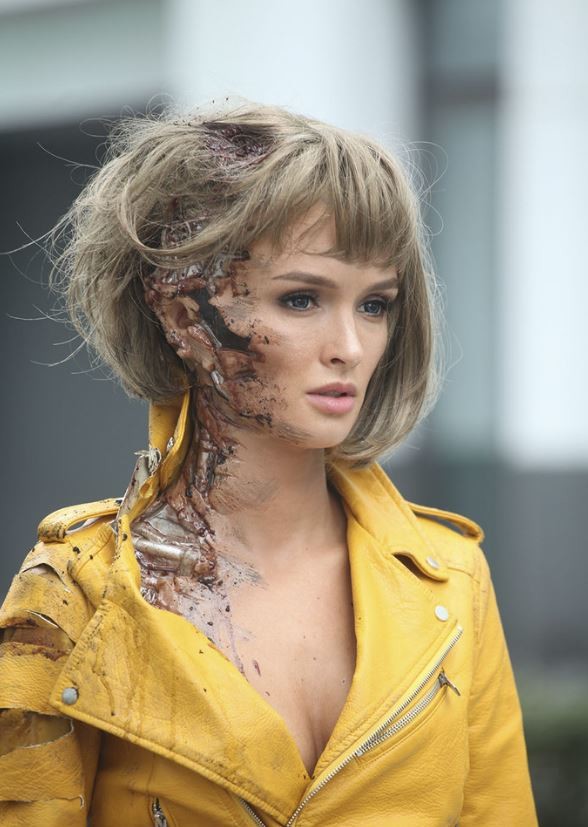 Better Than Us does not have that many futuristic innovations and tricks that keep the audience in a state of constant awe, but it does have all the ingredients of a topical and fast-moving drama: an evil corporation, a teenage romance, a hero who is struggling to save his marriage, a dogged investigator with a pretty female partner, technophobic radicals, cyber police, cunning officials, a clash of ideologies and, of course, a lot of robots. The storylines are tightly intertwined into a single setting that can captivate both fans of action-packed detective stories and those who are interested in the fate of humankind against the background of all-consuming technologies.

Robots have had numerous on-screen representations, but never before have they been put so neatly into the Russian context. Can Russians use robots? Is the rise of the machines different in Russia and America?

Russian cyberpunk in Better Than Us is a comfortable environment where everybody is calm and happy: a mortgage can be repaid at the snap of a finger, there is no bureaucracy; drones, androids and other “household appliances” make life easy and carefree, like at a holiday resort. There is no gloomy realism here. The showrunners clearly wanted to create a generic landscape and setting that would be familiar and understandable anywhere in the world: indoor scenes were filmed in loft interiors, while city scenes feature glass skyscrapers. 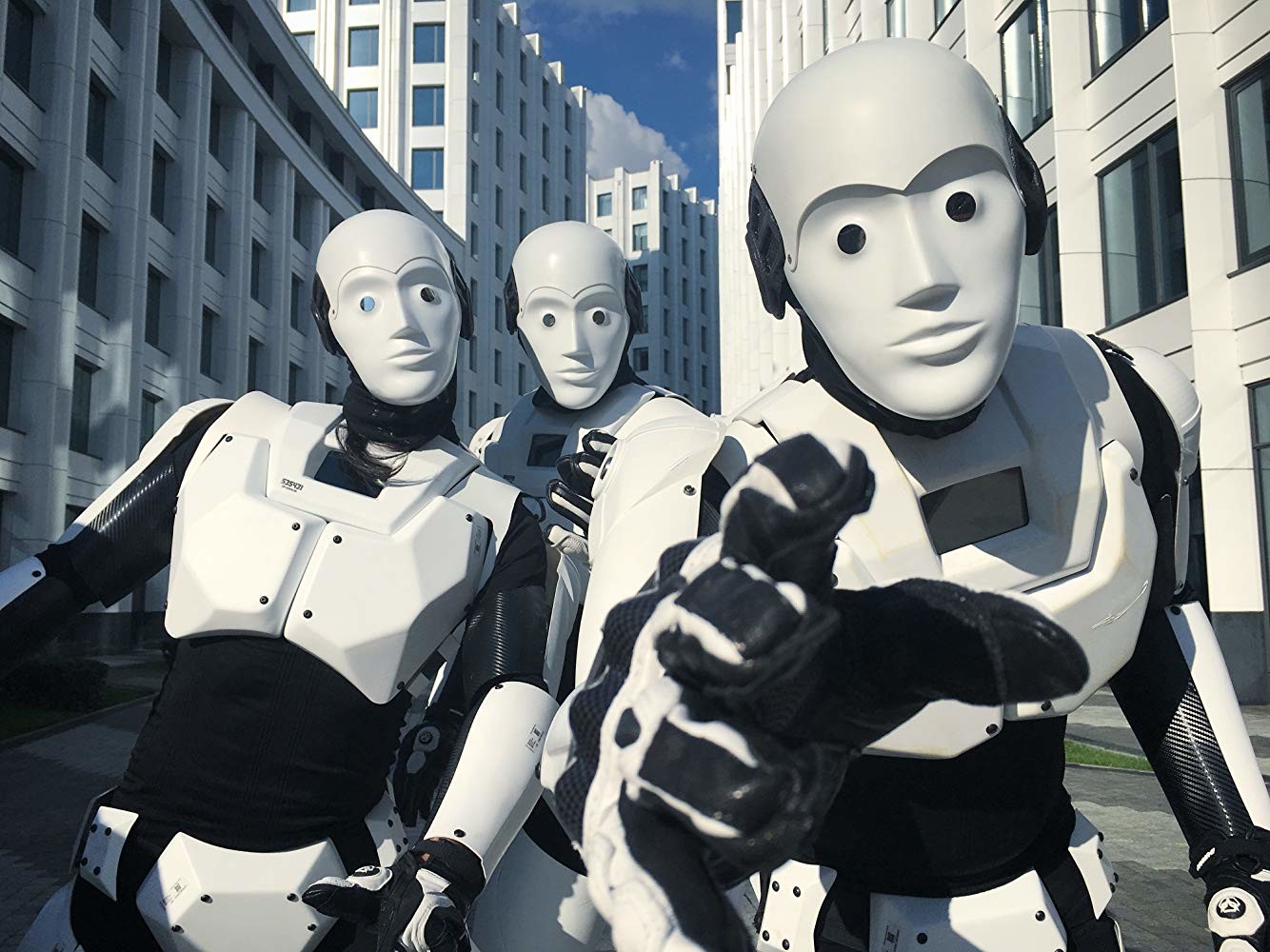 In this Russian cyberpunk setting, there is no place for prefabricated apartment blocks (so closely associated with any Russian city) or a traditionally eclectic Russian cemetery: an attentive viewer will remember the main character finding himself at a cemetery in one of the episodes and that cemetery was definitely not filmed in Russia (with its mowed lawn, straight rows of identical white gravestones with names in English (!)).

This is not an adaptation of a Western TV show

For fans of the cyberpunk genre, the plot of the Russian TV series will surely ring a bell. This, to put it mildly, is not the first story where androids live side-by-side with people and gradually push them out of all spheres of life, including their families. 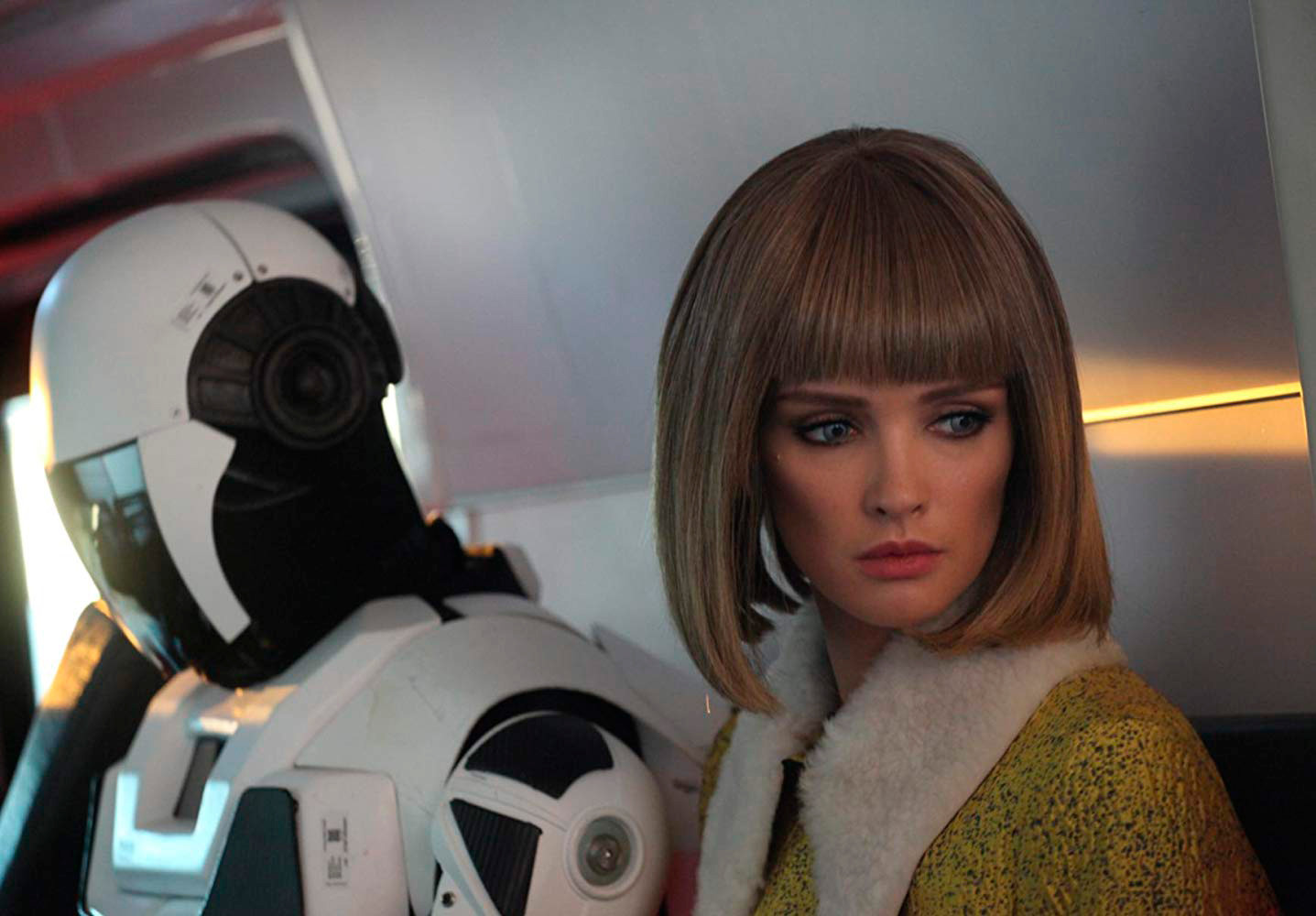 But it is difficult to imagine a world where everyone would be happy with this setup. The emergence of technophobic retrogrades (in the show, they form a radical resistance cell that rips chips out of robots and holds frightening protests), cyber police and those who skillfully play on people's xenophobic instincts for their own ends seems inevitable within this genre. It is not yet possible to do away with these tropes. Not least because the future of robots has to a certain degree been long predetermined. Do any of us still doubt that they will be used for sex and menial work, and that bad people will try to use robots to do their dirty things for them?

Some may think that Better Than Us is a contemplation, in 16 episodes, of how humans could adapt to their cyber reality. It frequently raises ethical questions: does sex with a robot amount to adultery? After all, a robot is not alive. Is all this cyber stuff a pestilence of sorts that corrupts the country, and that one must protect oneself against? As one of the characters says: "They are not someone you may want to die on the same day with, hold hands with on the metro, or drink coffee with in the morning." 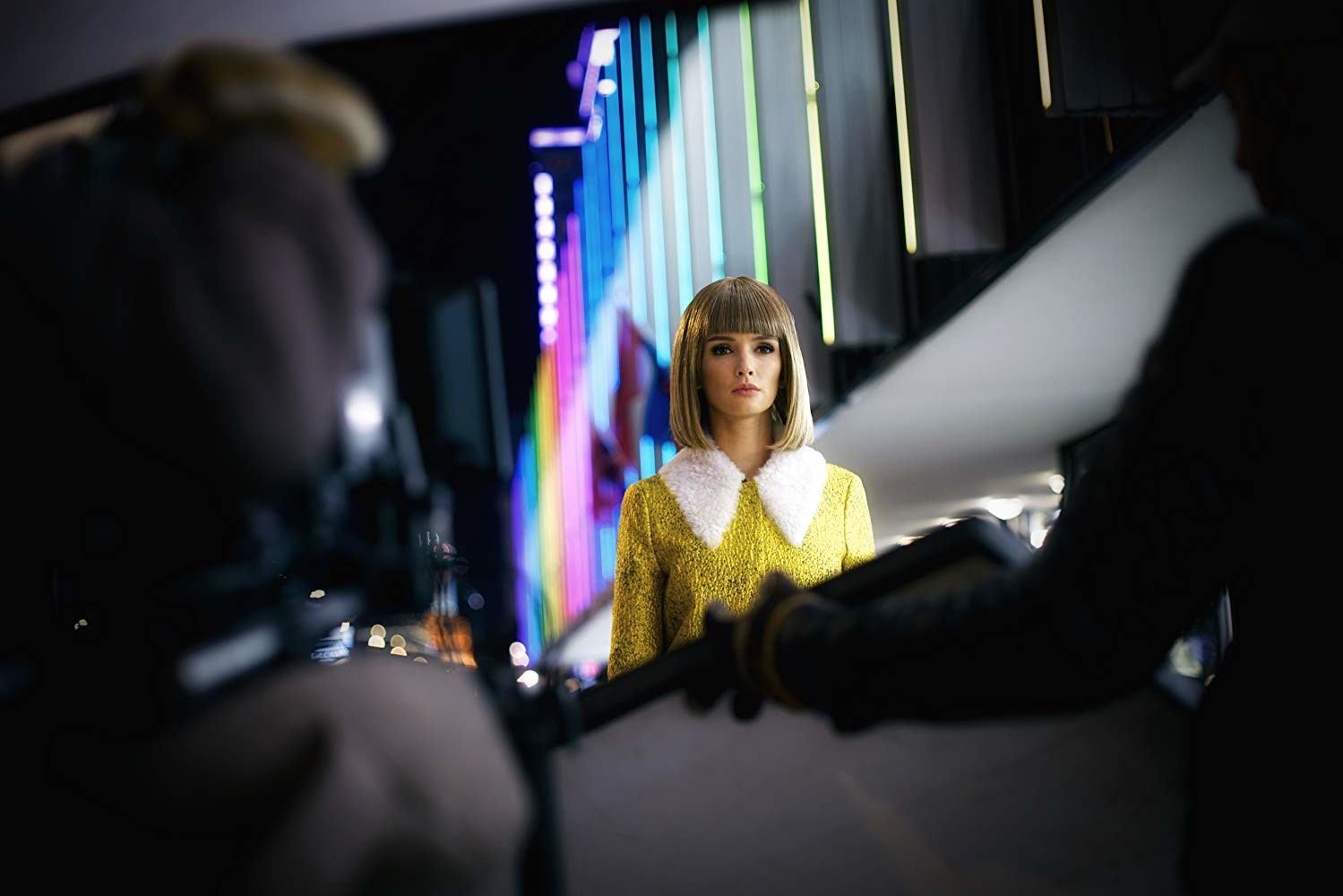 Some may view this TV show as a scathingly ironic look on the state’s preoccupation with spiritual bonds and traditional values. Others will see in it modern political mechanisms or a completely new subtext for Russian cinema: concern over sexual objectification of women.

This show will give supporters of different views with numerous arguments to make their case and can offer much food for thought. Including on whether, perhaps, the main source of danger lies in the human psyche: it is humans who become attached to soulless machines, anthropomorphize them and begin to believe that the machines need them and that they need the machines; and that these machines are indeed better than people.