The biggest Russian weapons ever created

History
Nikolai Litovkin
These weapons struck fear in enemy hearts but were never used in anger. 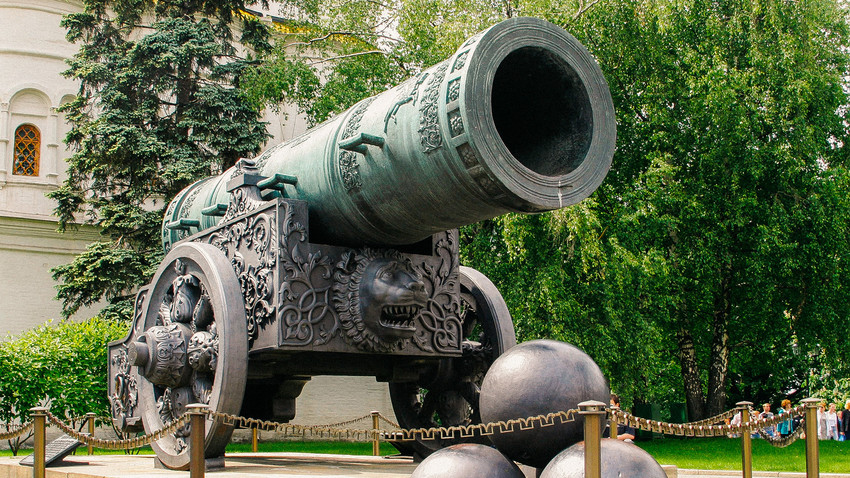 of the main symbols of Russia and the centuries-old “guardian” of the Kremlin and the Russian president, Cannon is the largest mortar gun in Russia and the world.

It was cast from bronze by the cannon and bell maker Andrei Chokhov in 1586, during the reign of the third son of Ivan the Terrible. The gun is 5.34 meters long, with a caliber of 120 cm and a mass of almost 40 metric tons.

We are all accustomed to seeing this gun atop its ornamental lion's head carriage, with cannon balls lying nearby. However, the carriage and cannon balls were made much later, in 1835. Moreover, Cannon cannot and never could fire such .

Its current nickname is also a later since originally it was known as "Russia's shotgun." This name is closer to the since the gun was intended to fire a "grapeshot" (a type of shot consisting of small metal balls weighing a total of 800 kg). Fortunately for Russia's enemies, it never did.

But according to legend, the cannon did fire one salvo—the ashes of the usurper False Dmitry.

To this day, the cannon stands proud and mighty in the very heart of the Russian capital, a visible sign of Russian military power that no foreign ambassador or tourist can ignore.

Father of All Bombs 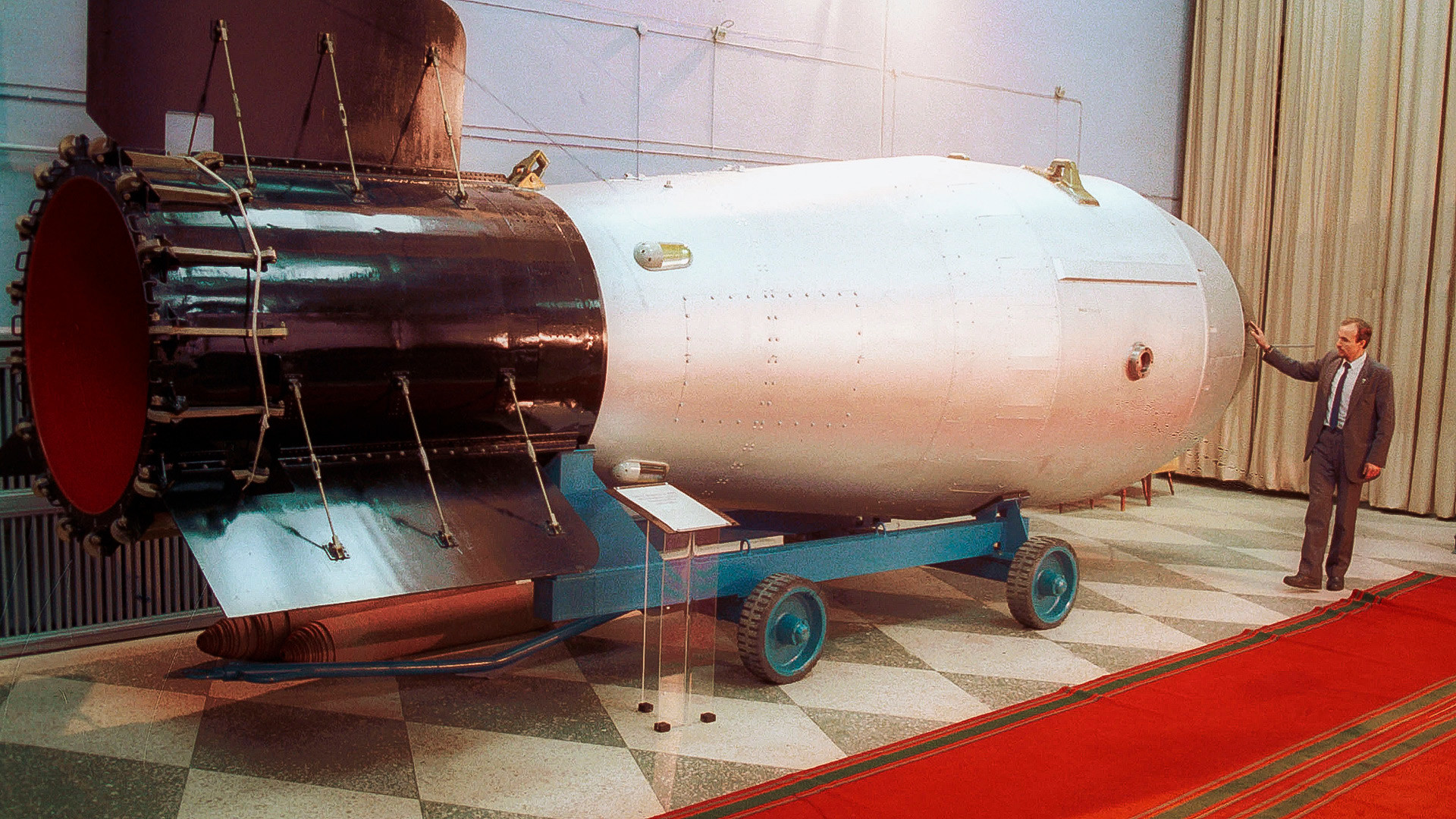 In early 2017, the newly sworn-in US President Donald Trump ordered America's most massive bomb, the GBU-43, to be dropped on the heads of militants in Afghanistan. It was known in common parlance as the "Mother of All Bombs." However, Russia's arsenal contains an equivalent: the Aviation Thermobaric Bomb of Increased Power, or more simply the "Father of All Bombs."

In terms of destructive power, Russia's FOAB compares with a nuclear warhead. But unlike the latter, it does not leave behind a radioactive cloud, thanks to the so-called volumetric explosion.

"Warheads of this type, but with a lower yield, have been used in various wars over the past . For instance, the Americans used them to clear the jungles of Vietnam so they could land their helicopters, and [the Soviets] cleared the Tora Bora cave complex in Afghanistan, where militants were hiding," Professor Vadim Kozyulin of the Academy of Military Sciences told Russia Beyond.

The nose of the Russian bomb houses a device that when activated sprays explosive agents inside the charge. The "spraying" occurs only after a countdown set by the operator.

"Aerosols are converted into a mixture that is detonated by a . The bomb creates a shockwave that forms an airless vacuum at the point of explosion. Due to the pressure drop, anything at the epicenter of the blast literally explodes from the inside, be it people, equipment, or enemy defenses," the expert explained the workings of the weapon. 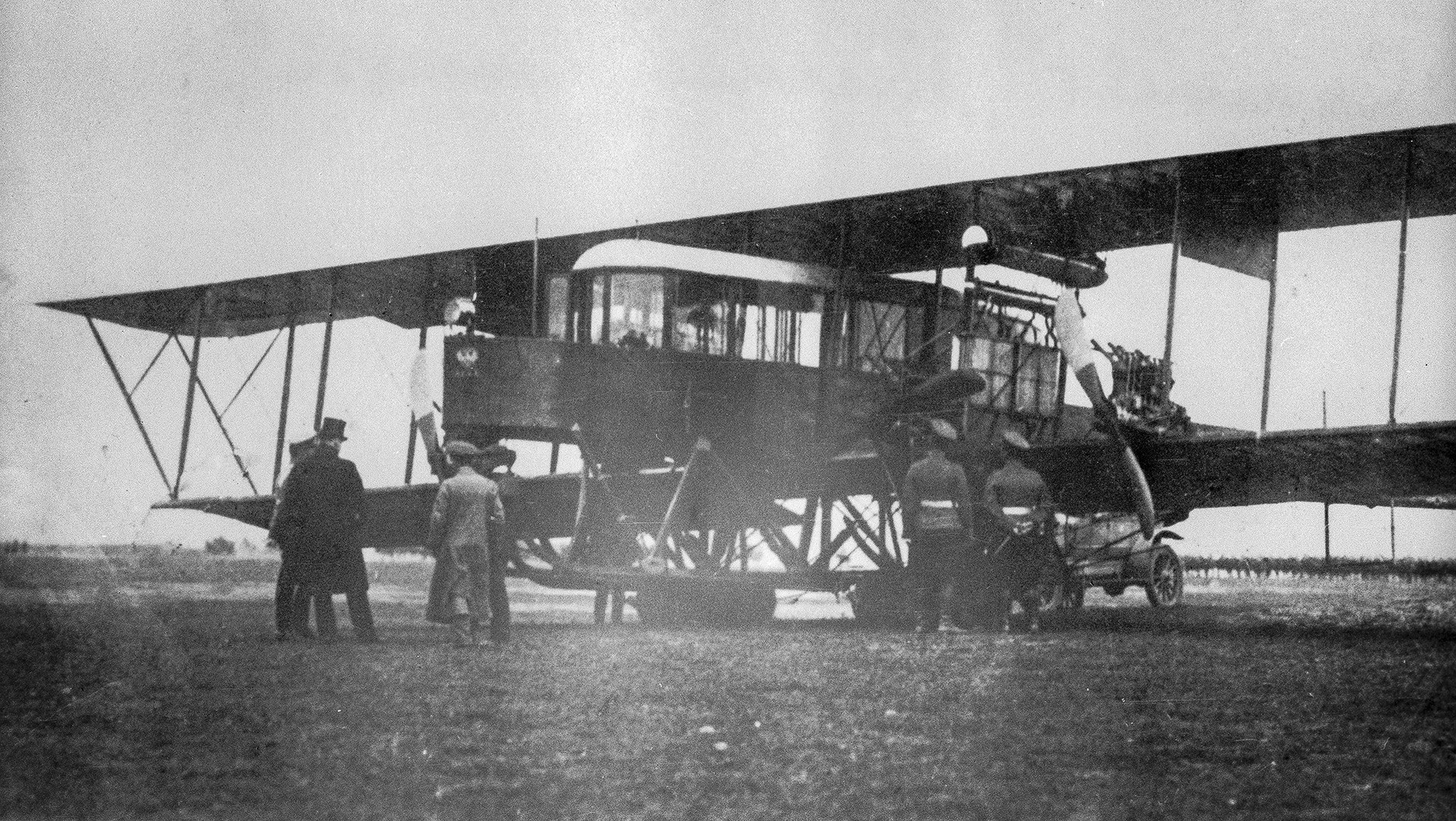 In 1913, Russian aeronautical engineer Igor Sikorsky created the S-21 Russky Vityaz (Russian Knight), the first in the list of world's largest aircraft to be built in Russia. The main feature is its four engines positioned in series along the wing. Back then, such design was considered impossible to implement in practice.

Russian Knight was so enormous that reports of test flights were dismissed as a hoax. On Aug. 2, 1913, the aircraft set a world record for flight duration (1 hr 54 min)—the first of many domestic aviation records. Also in 1913, the S-21 served as the basis for the creation of the famous S-22 Ilya Muromets, the world's first bomber.