What's it like inside the giant statue the Motherland Calls? (PHOTOS) 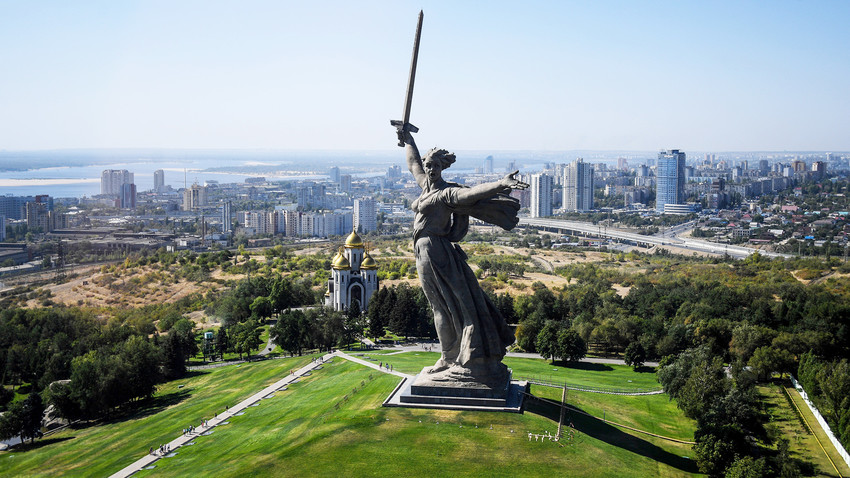 The Motherland Calls is enormous. The tallest statue in Europe, it is 85 meters tall and weighs 8,000 tons! It is the best-known World War II monument in Russia. Every year, thousands of tourists come to view it from the outside, but just a handful of people are allowed inside. Most people have no idea what it looks like in there, but here’s a peek. 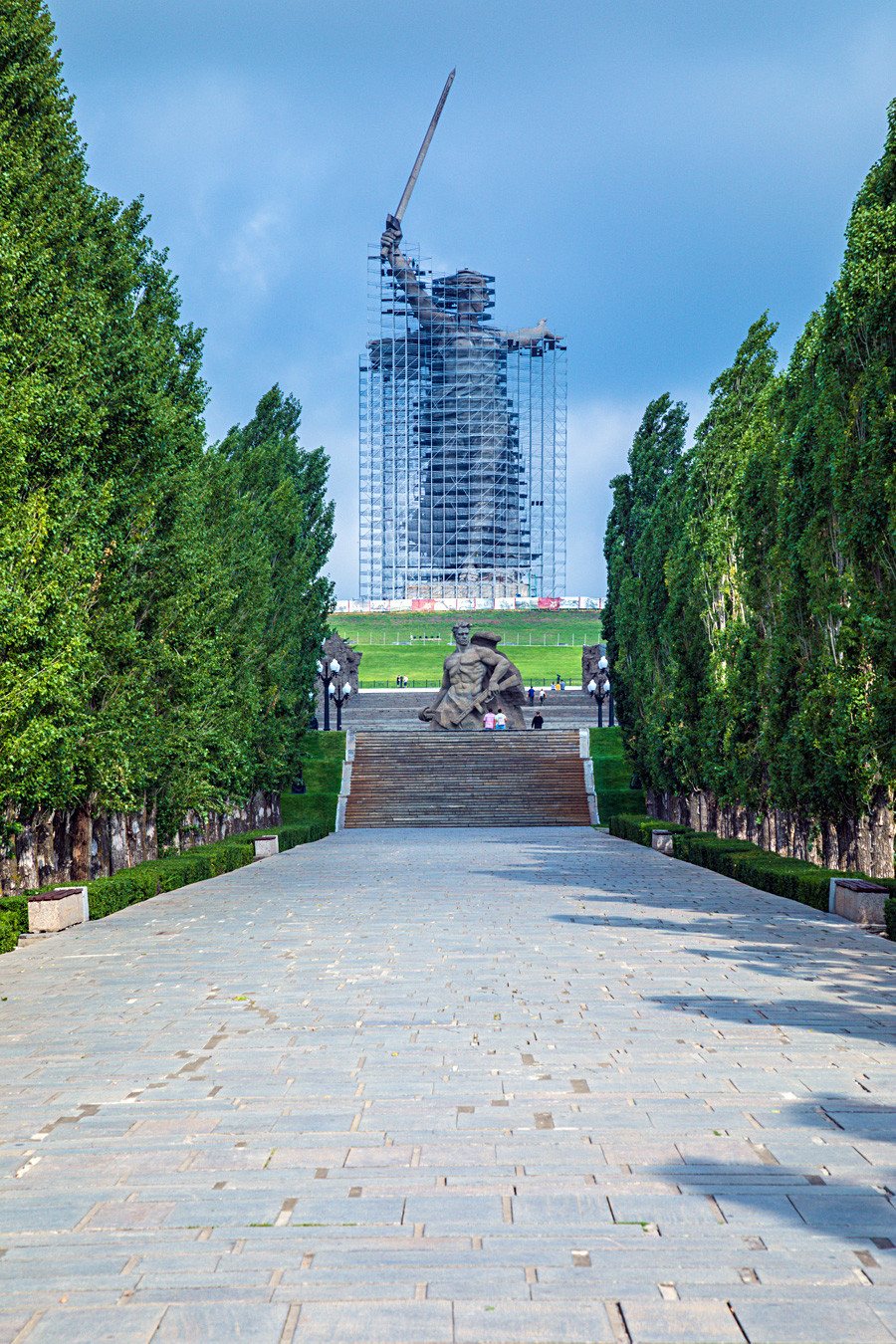 The epic figure of the Motherland—an allegorical image of a country calling her children to provide protection from invaders—is the center of a huge memorial complex. It is located on the Mamayev Kurgan in Volgograd [formerly Stalingrad], where the bloodiest battle between the Red Army and Nazi Germany took place. More than 35,000 Soviet soldiers are buried around the statue. 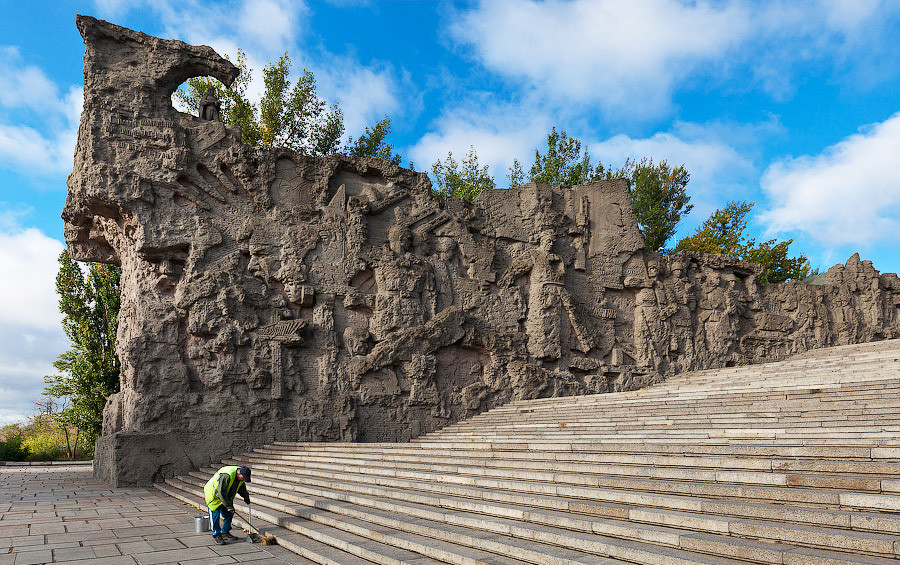 To approach to the monument, you must first walk through the Ruined Walls Memorial, representing walls dotted with bullet holes. These carry numerous inscriptions, such as one that states that of all reasons for leaving one's firing position “only one will be taken into account—death”. 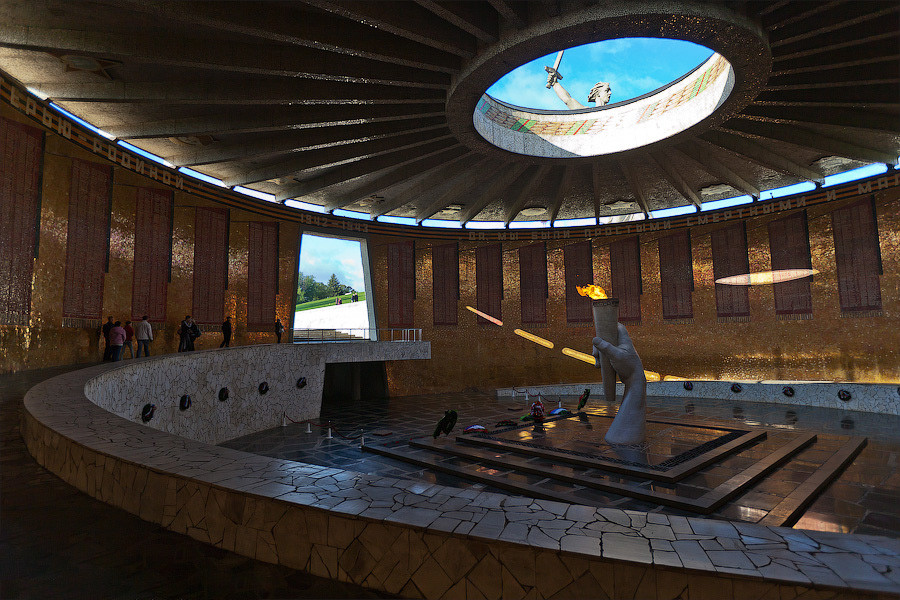 The path then goes through the Lake of Tears pool into a round building called the Hall of Military Glory, which has 7,200 names of soldiers who defended Stalingrad carved on its walls. In total, some 3 million people were killed in the Battle of Stalingrad. 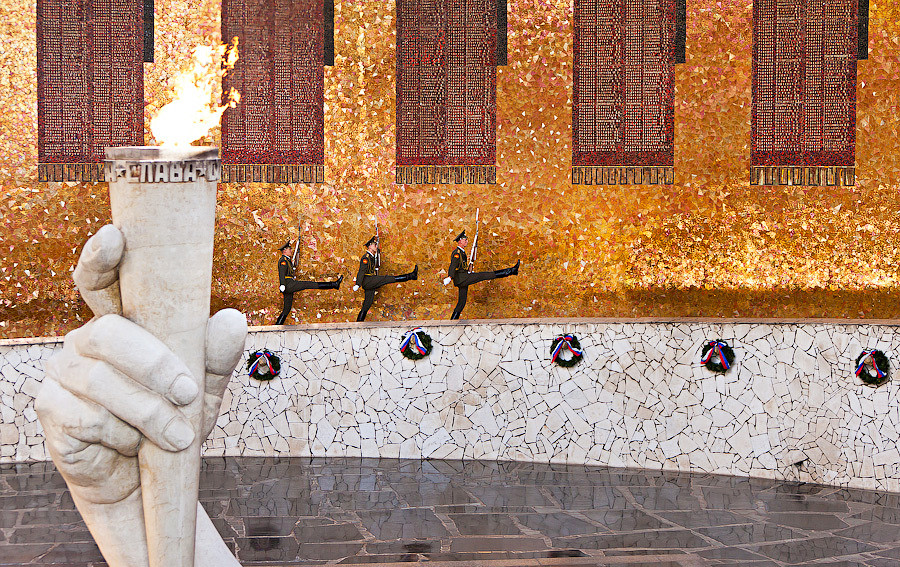 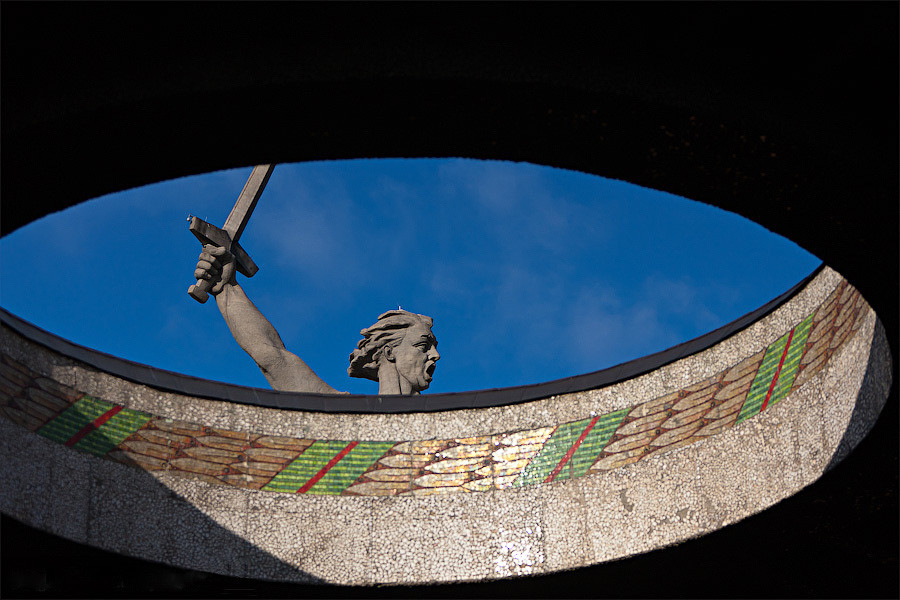 The statue is already clearly visible through a huge opening in the roof from the Hall of Military Glory. Its sculptor, Yevgeny Vuchetich, once said the following to the famous physicist and human rights activist Andrei Sakharov: "My bosses asked me why her mouth is open, it doesn't look beautiful. And I answered, because she is screaming: 'For the Motherland, you motherf…ers!' They never asked again." 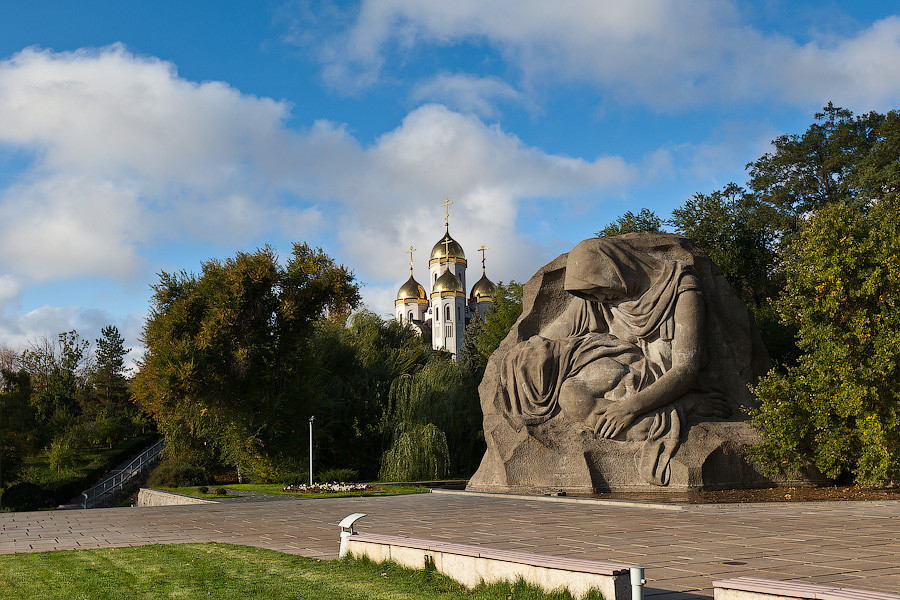 The climb up to the monument begins from the Square of Grief, while the entrance to the inside of the statue is hidden behind a small inconspicuous door in its basement. 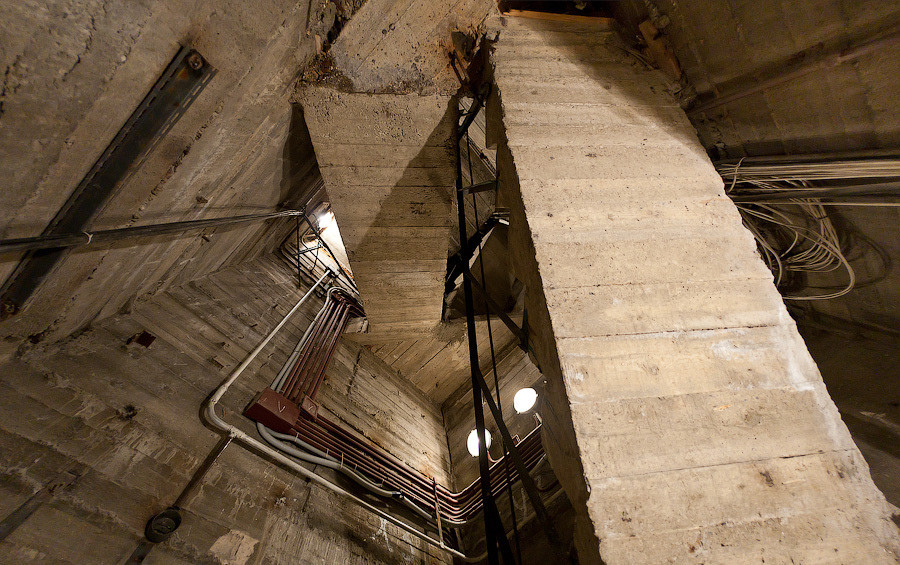 Inside it feels as if you are in the middle of an abandoned construction site. The enormous monument is hollow inside and made almost entirely of concrete. Besides concrete, there are only metal fittings, electrical wiring, dim lights and a single narrow staircase leading up. 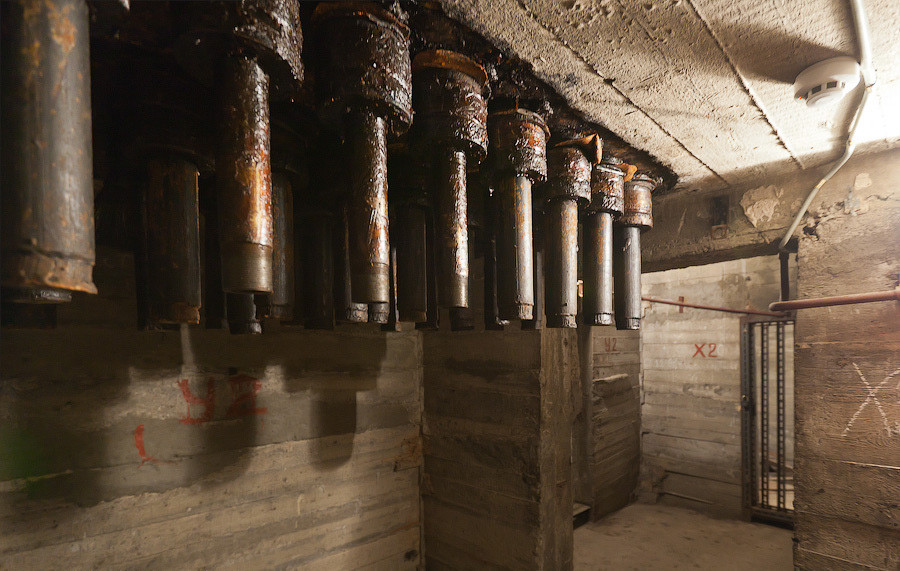 Inside the statue are tension cables weighing 60 tons each. Special sensors are used to monitor their tension level. When it drops, the cables are pulled up a bit. 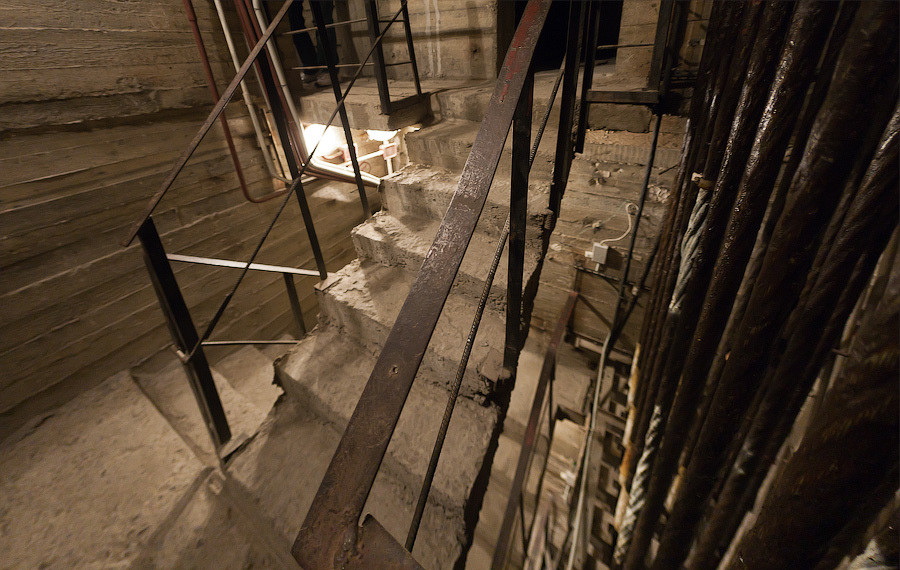 There is no elevator inside the statue. To get to the top, you have to climb about 200 steps. Around halfway up there is something like a control room containing equipment that monitors the condition of the statue. 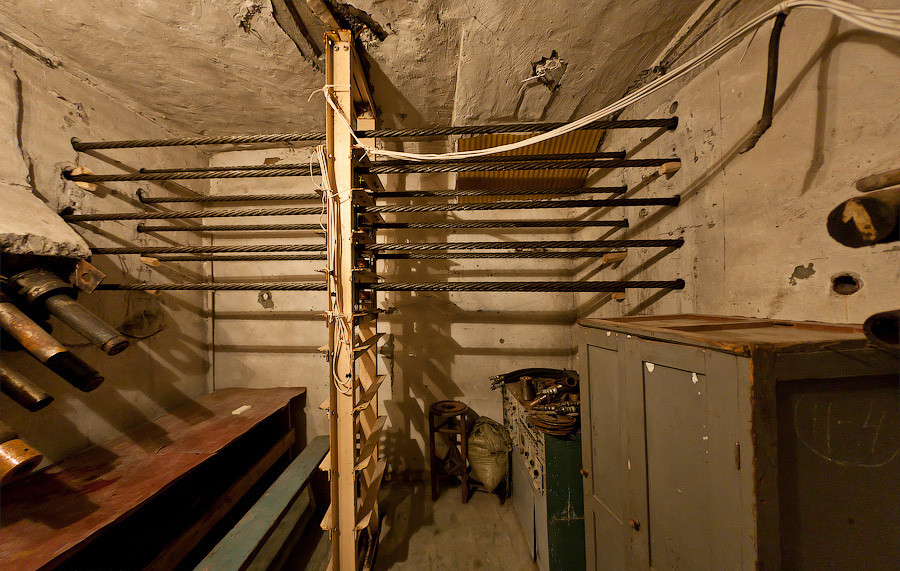 This room could be called the heart of the Motherland. This is where the cables from the left and right hands of the statue are fixed. The room is also strapped with cables so that the monument does not tear apart under the weight of its hands. 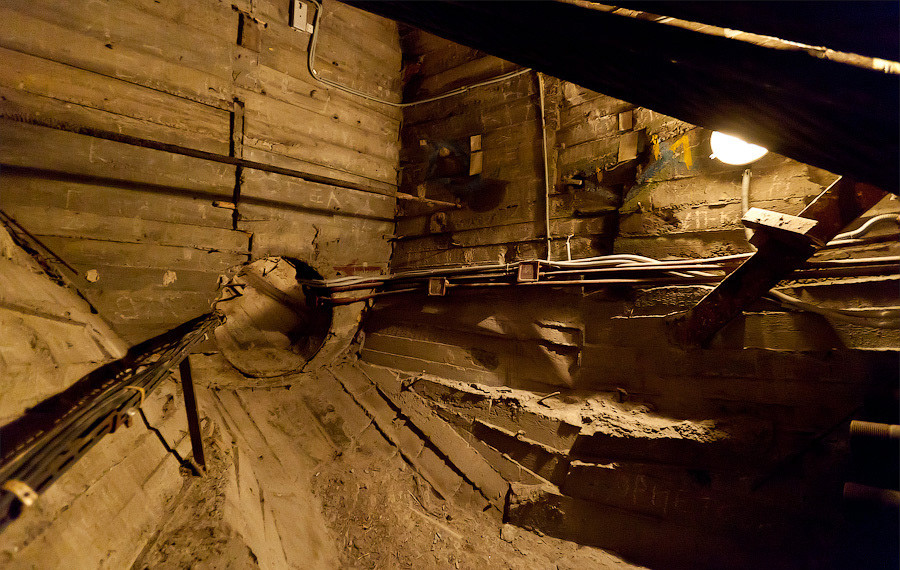 Narrow passages lead from here to several different places: to the left hand, to the right hand, to the sword, to the entrance, to the cloak and up "the road to the head." They are very narrow and resemble catacombs. There are even passages leading to each of the statue’s fingers, but they are so tiny that only a child could squeeze through. 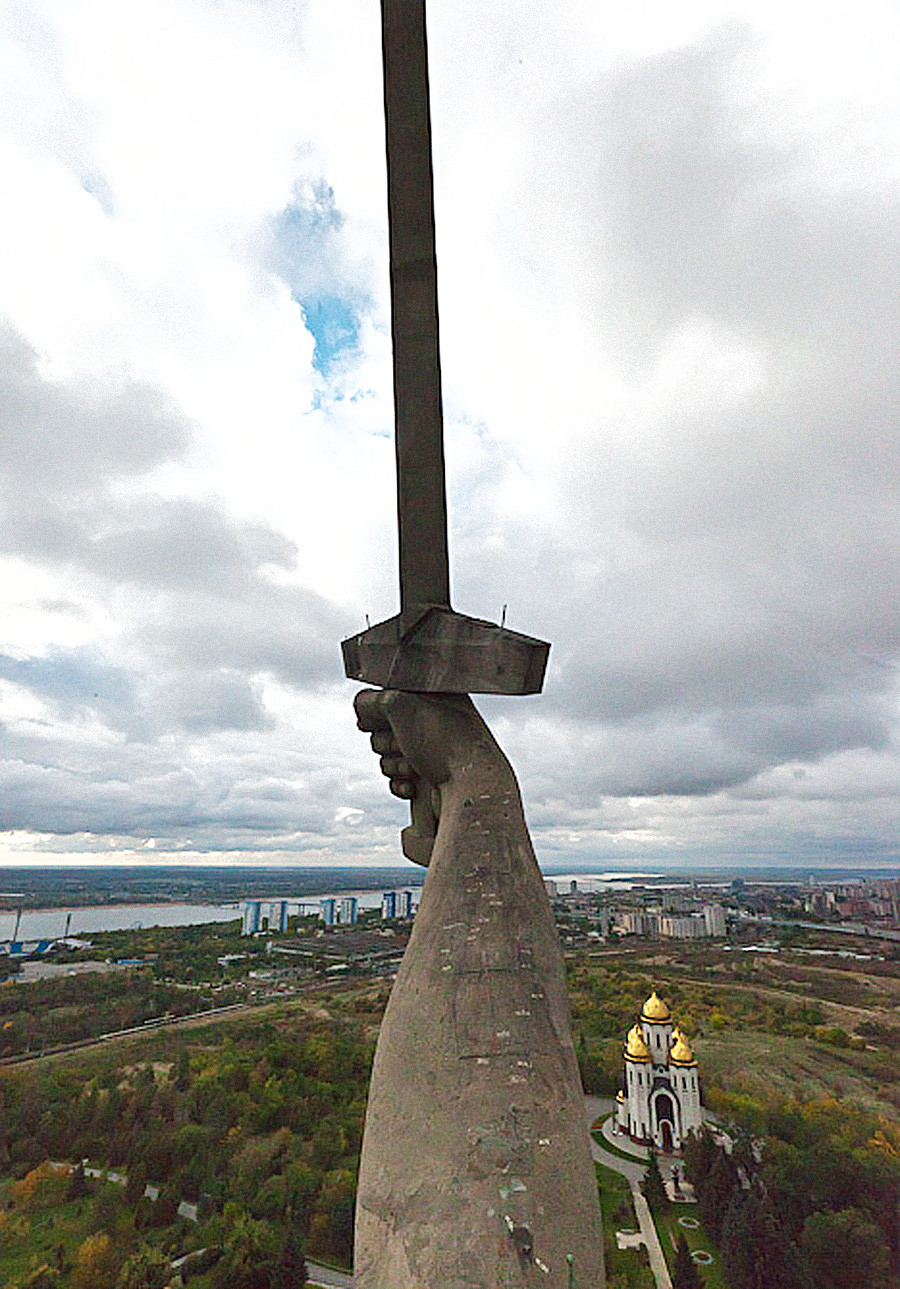 The most dangerous part of the statue is the sword. It is also hollow inside, but ordinary people are not allowed to enter it. Only industrial climbers are allowed to go there from time to time. 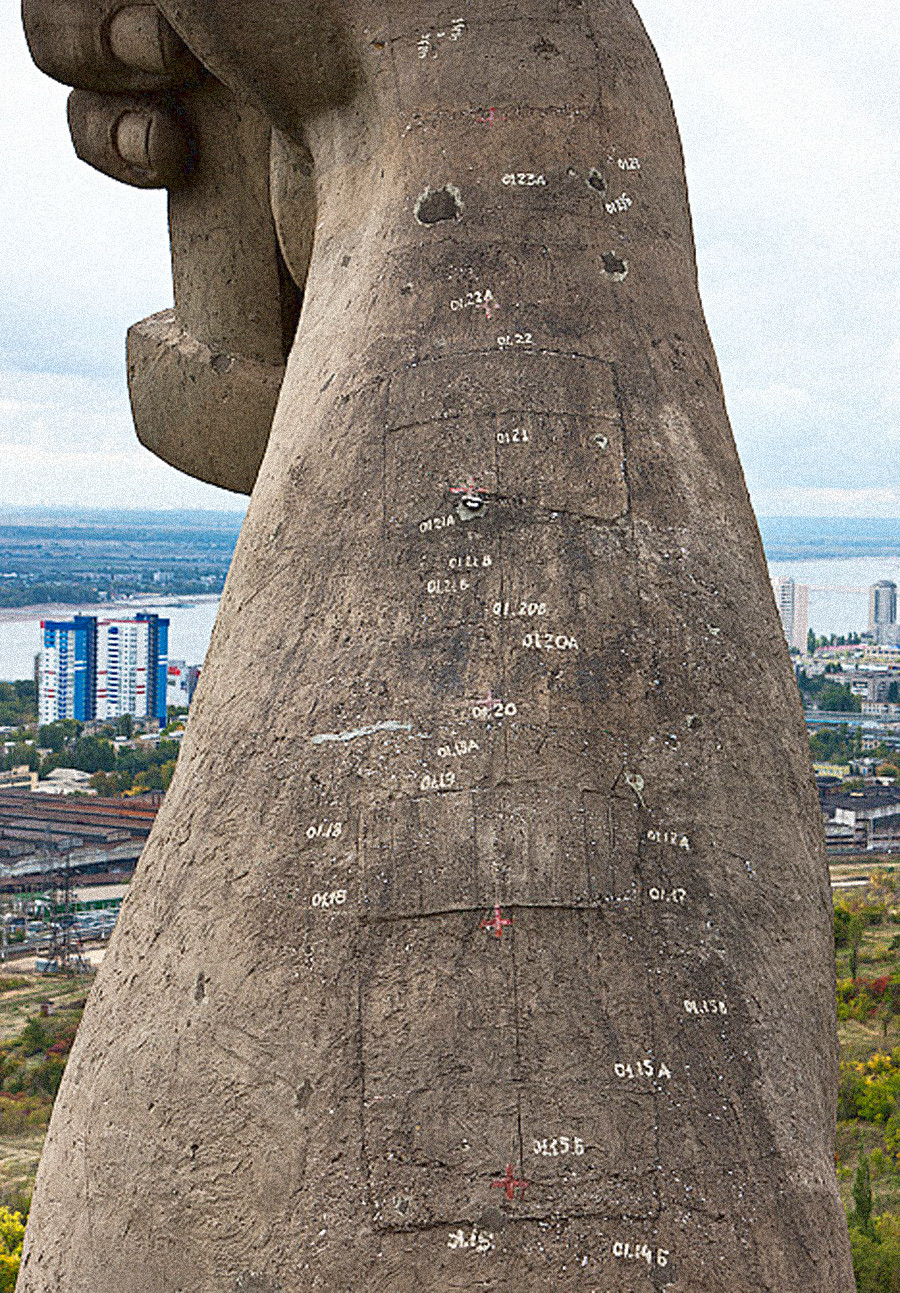 Climbers have left many so-called "tattoos" on the statue's hand. 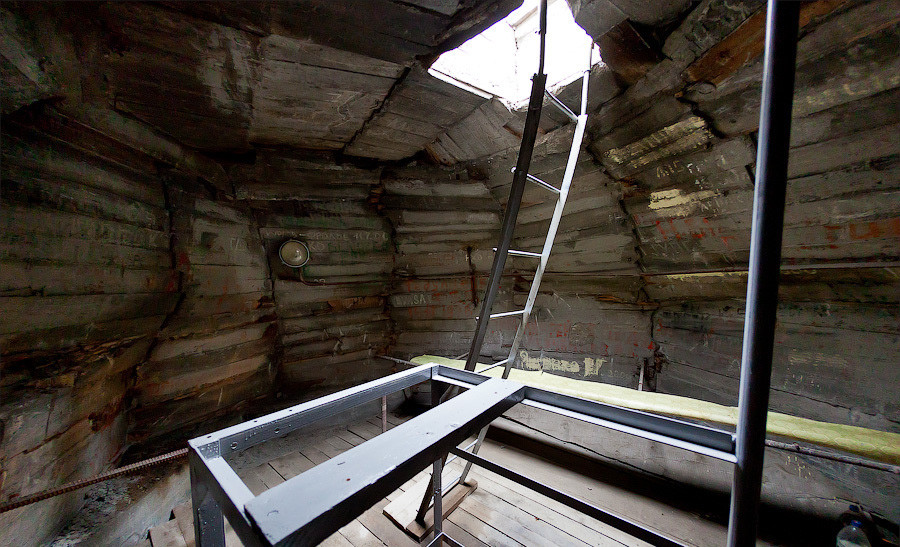 Unlike the Statue of Liberty, which has an observation deck and windows inside, the head of the Motherland contains only a small room with wooden flooring and a bench. To enter it, you have to go through a hatch. 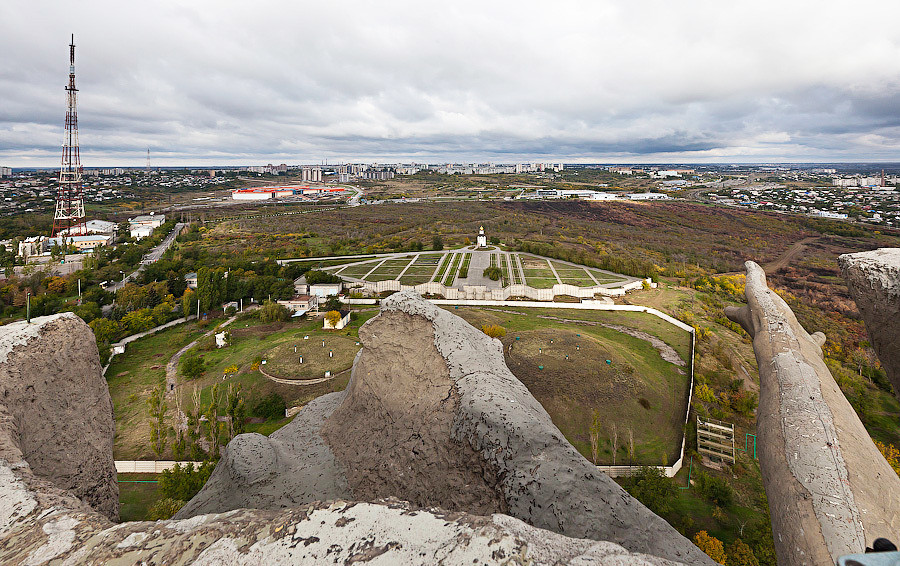 The view that opens from here is spectacular. 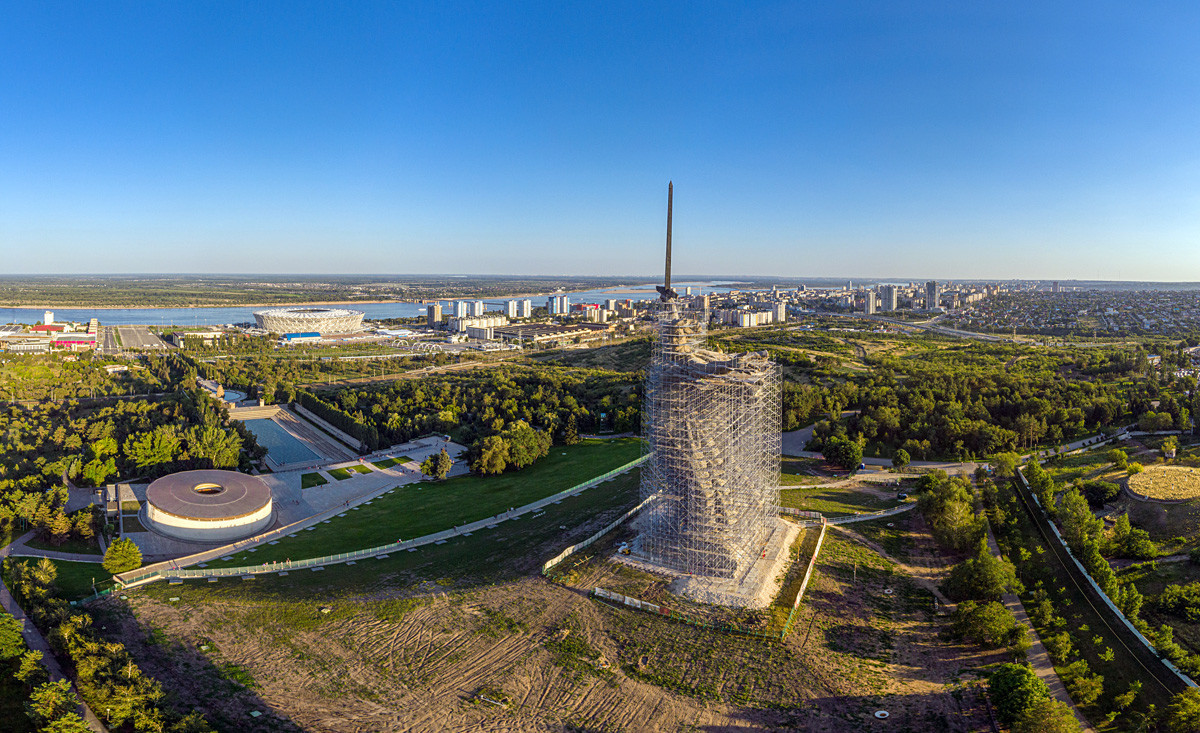 In 2019, large-scale renovation of the monument began (and it looks no less epic than the statue itself). Currently, the work is focused on removing cracks, installing protection from birds and "brushing" the statue's teeth.