OPINION: Why HBO’s ‘Catherine the Great’ is absolutely worth your time

History
Georgy Manaev
Philip Martin/HBO, 2019
This cinematic retelling of history makes the epoch of Catherine II come alive. And despite a number of historical flaws and inaccuracies, HBO manages to accomplish its key objective, which is to awe and engage – and yes, sometimes even educate.

“I’m a Russian patriot with a German head” – Helen Mirren’s Catherine says in the third episode. These words could easily have been uttered by Ekaterina Alekseevna herself, or rather, Sophie of Anhalt-Zerbst, as her actual name goes.

When you compare the characters here to the walking cardboard cutouts in Netflix’s ‘The Last Tsars’, it becomes clear why they’re much easier to commiserate with. The three main roles - Catherine, Grigoriy Potemkin and Pavel Petrovich - are given due diligence and performed with a real passion. The effort put into this on the part of both the actor and writer cannot be ignored.

The empress and the ‘demi-tsar’ 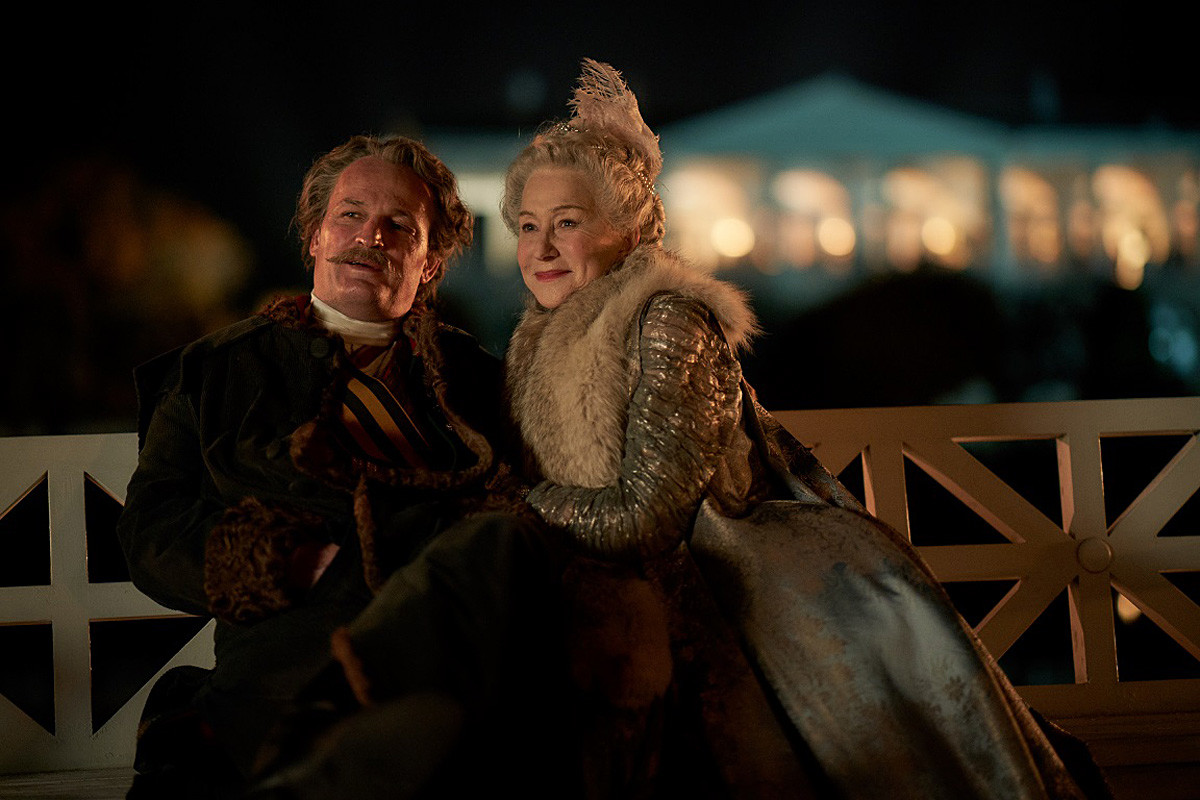 Helen Mirren requires no introduction. Even her questionable at best resemblance to the actual Catherine (they are 74 and 40 respectively) can be forgiven here. Sure, the makeup and costume departments had their work cut out for them here, but her casting was undeniably brilliant, for only an actress of Mirren’s caliber could have done justice to the role of a Russian Empress who wielded so much power. When she says “Do you know what I hold in my hand? Absolute power,” you can’t fail to believe her. Needless to say, the real Catherine had had to be merciless, even cruel - an image that is sacrificed in favor of an oft sentimental, humanizing portrayal. Nonetheless, her often crude humor, quips, passion and a penchant for impulsive decision-making, coupled with an unbridled thirst for power and always coming out on top, are all masterfully acted out by Mirren.

The Western viewer will finally get to see that being an Emperor in Russia was a very unenviable responsibility. Each episode sees Catherine sitting at her desk, working, often at night time. We also get to see her arguing cases at the Council, as well as having a hand in court intrigue, organizing her son’s weddings and a number of other roles.

Indeed, any writer would have a tough time encapsulating the entirety of what it was to be Catherine in her day to day existence while simultaneously taking care of business and running an empire. But all of these things at least find a home on the show, instead of being flat-out ignored. It is these things that imbue the Russian queen with humanity, rescuing her from the cookie-cutter image of Nicholas II of ‘The Last Tsars’.

Some may suspect the many scenes of Catherine’s relationships with her lovers to be an over-dramatization of reality, but they will be wrong: Catherine enjoyed a very colorful love life - one that was intimately intertwined with her political one. One of the central roles in it was occupied by Prince Grigory Potemking-Tavrichesky.

The 50-year-old Jason Clarke, who plays Potemkin, has more than 20 years experience under his belt, and is very convincing as both the youthful Prince, and later, as the co-ruler of an empire and the victor of Crimea.

While undoubtedly a noble and brave man, the lavish life of the royal court has nevertheless eroded Potemkin’s personality. He would indeed audition, as well as control, Catherine’s lovers - including Aleksandr Dmitriyev-Mamonov.

The bloodless annexation of Crimea is also very well documented. And while the writers opted not to show the bloody end to the Turkish campaign, we are at least spared the myth of the ‘Potemkin villages’. Just as in Catherine’s case, Potemkin is humanized. He is a real person and we feel for him and want to get to know him.

True to a sufficient degree 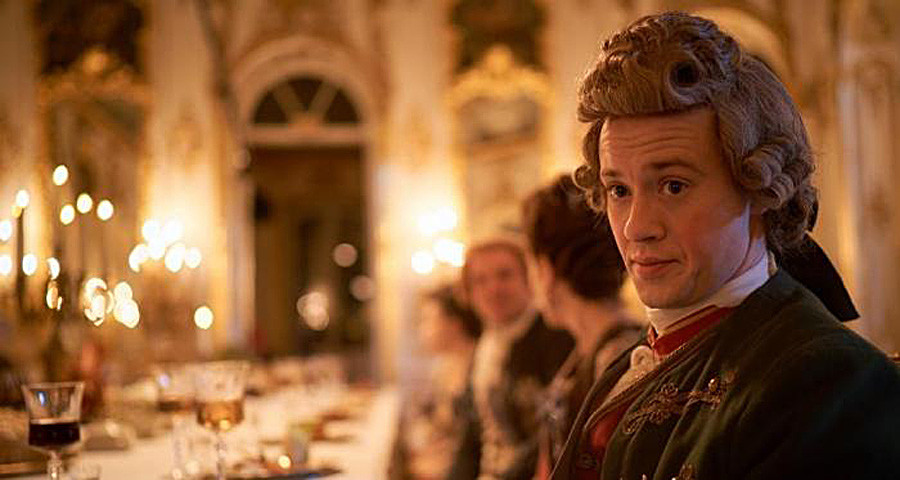 Perhaps the most controversial figure on the entire show is Grand Prince Pavel Petrovich, played by Joseph Quinn. The actor is much younger than the other major players, but this does not stop him from delivering a convincing performance as an impulsive future ruler, which includes a tragic personal life and an utter dependence on his mother.

However, Pavel, perhaps deliberately, is written as a less impressive personality than he was in real life - there is nothing here about his strong education and a massive potential as a statesman. It is with a heavy heart that I watched his rule branded as “unsuccessful” by the writers. But one should also remember, he is not the show’s main protagonist - Catherine has that honor. All the more impactful is the scene near the end, in which he orders his late father to be commemorated in a manner befitting his greatness.

The locations and decor that play host to the crucial scenes are also very important. So they’re not always true to history, but I was happy to see that the palaces very accurately match what we expect to see from that whole epoch stylistically. What will really make history buffs happy is that so many of the scenes were shot at authentic locations - Gatchina, Tsarskoe Selo and the genuine Peterhof are all featured in the series. It’s a pity we didn’t get a glimpse inside the Grand Palace in Peterhof, or the Winter Palace, but what we’re getting already is more than enough, and manages to sink us into the atmosphere of that period very effectively, familiarizing the viewer with the Russian royal court of the second half of the 18th century. These details really make you forget the sometimes lack of pedantic attention devoted to court ceremonials and other visual stuff that only a true student of Russian history would pick up on. 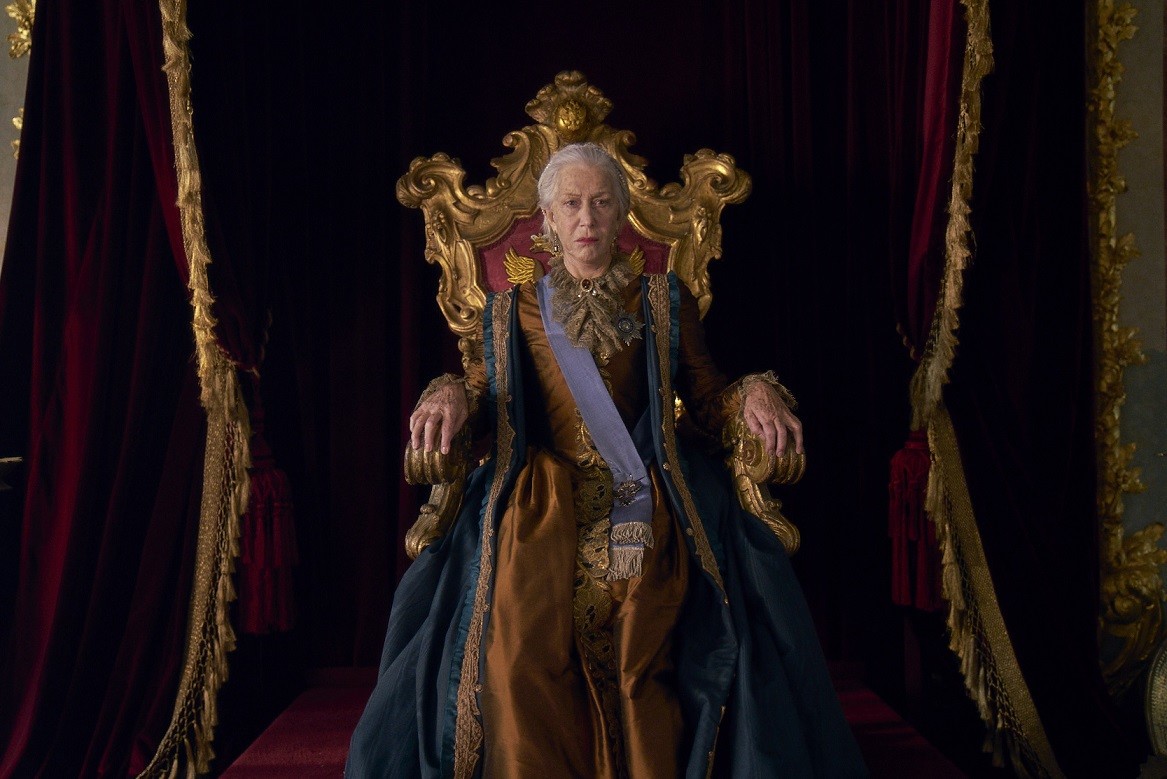 Time to talk about ‘Catherine the Great’s’ flaws. I would say that something this show could definitely have had more of is sheer grandeur. Scale. True, all the key events are given respect here, but an unprepared viewing will most likely result in a diminished understanding of the true horror that Catherine felt during the events surrounding the Emilian Pugachev uprising. Likewise, the battle that was waged with his followers was far more bloody and protracted than we’re shown.

There is barely anything on the show about legislative work or the transformative policies Catherine enacted - a shame, given that the Empress’s love of science and the arts could really have softened the audience’s view of the often harsh ruler, portraying her as a bringer of enlightenment.

The same can be said of the show’s depiction of celebratory events - particularly those that had to do with the ending of the bloody 1768-1774 campaign or the taking of Ochakov. Let’s just chalk these up to budget constraints.

Where ‘Catherine’ undoubtedly shines is avoiding a robotic retelling of historical events, and instead focusing on taking the viewer on a picturesque journey to 18th century Russia, immaculately depicting the atmosphere of the day. The success of this objective is boosted by strong performances all around, as well as authentic locations and many other details that we, frankly, do not always expect from a Western production. If all of these factors manage to also increase the casual viewer’s interest in the country and its history, then we can safely say that the show’s educational purpose has also been fulfilled.