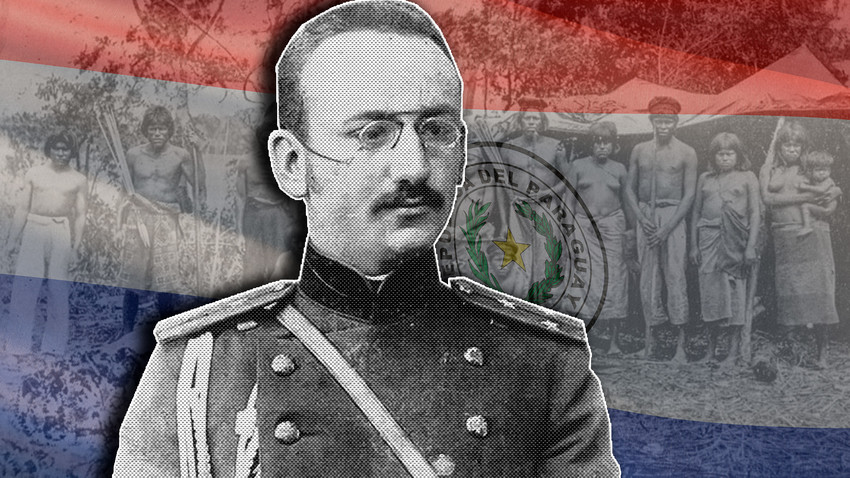 Juan Belaieff was born in Russia but served the other country, as he was forced to leave his homeland for good.

Legion Media, Public domain
Ivan Belyaev (1875 – 1957) lost everything in his homeland after the Bolshevik revolution, so he moved to Latin America, chasing his childhood dreams – and became Juan Belaieff, Paraguay’s national hero.

Imagine your country just had a terrible civil war and the side you fought for lost. Your land is occupied by communists who killed your friends; you have nothing and are forced out to foreign lands. What would you do?

That’s the question all the officers and soldiers of the anti-Bolshevik White Army had to answer in the 1920s, after losing in the Russian Civil War of 1918-1922. Some settled down in Europe or the U.S., becoming successful bourgeois. Those less successful had to work as butlers or taxi drivers; some succumbed to alcoholism or committed suicide.

But Gen. Ivan Timofeevich Belyaev (better known as Juan Belaieff), a hero of World War I and old-school Russian imperial officer, had a far more impressive and adventurous fate than any other emigre. He moved to Paraguay and tried to build a second home for Russian émigrés there, at the same time studying the South American Indians and becoming their hero. How so? 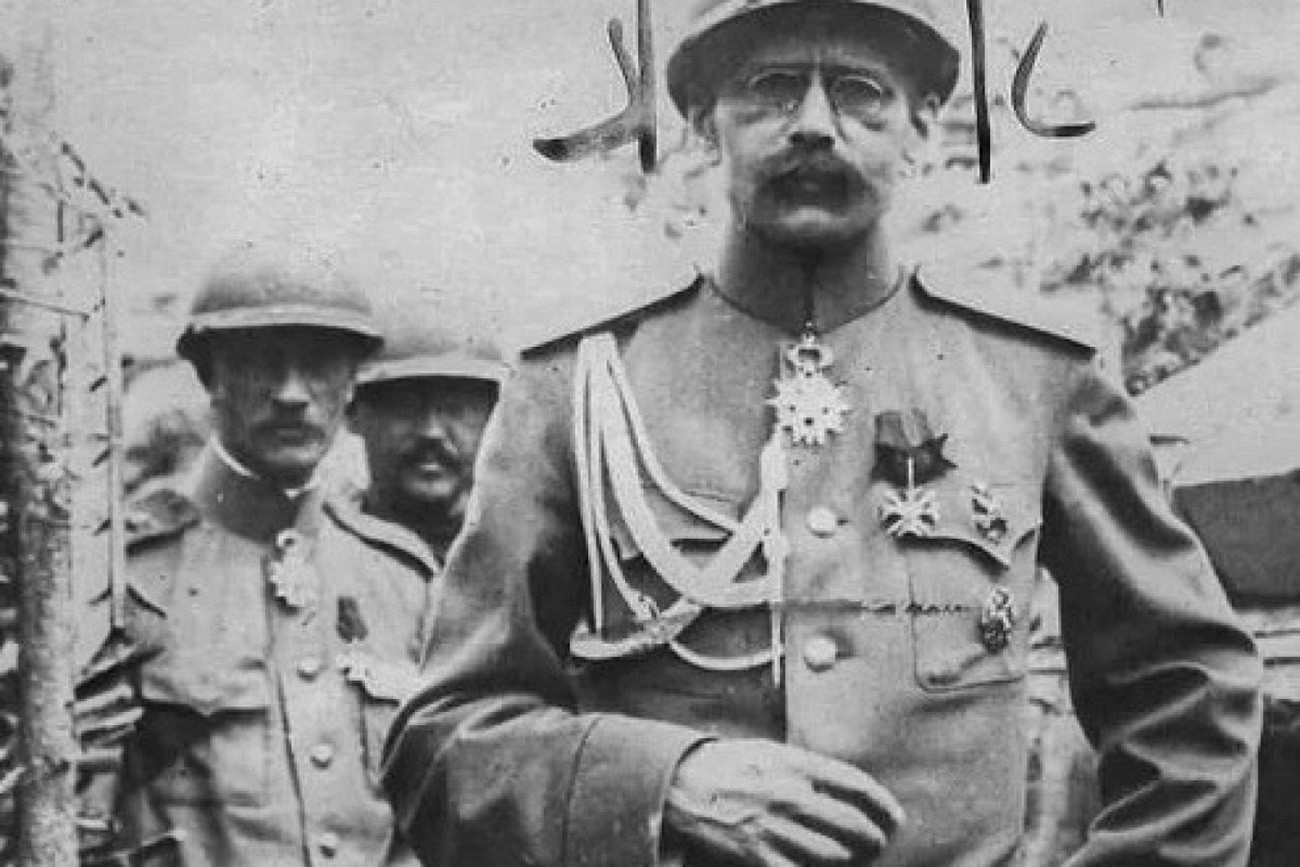 “My fate was decided by a completely minor event,” Belyaev wrote in his autobiography, Notes of a Russian Exile. “As a child, having a stroll with my aunt in St. Petersburg, I noticed a small book at a book market, with a picture of an Indian, named The Last of the Mohicans [by James Fenimore Cooper].”

After reading that adventure novel and many other, far more serious, stories, touching upon customs and civilization of American Indians, little Belyaev completely fell in love with this theme, becoming interested in Indians for the rest of his life. “Each night I was praying for my Indians,” he recalled of his childhood. Yet, it would take several decades and Russia’s national disaster to make Belyaev actually meet Indians.

He had another career ahead of him – born to a family where all men were in military service, Juan Belyaev became an artillerist and devotedly served Russia. 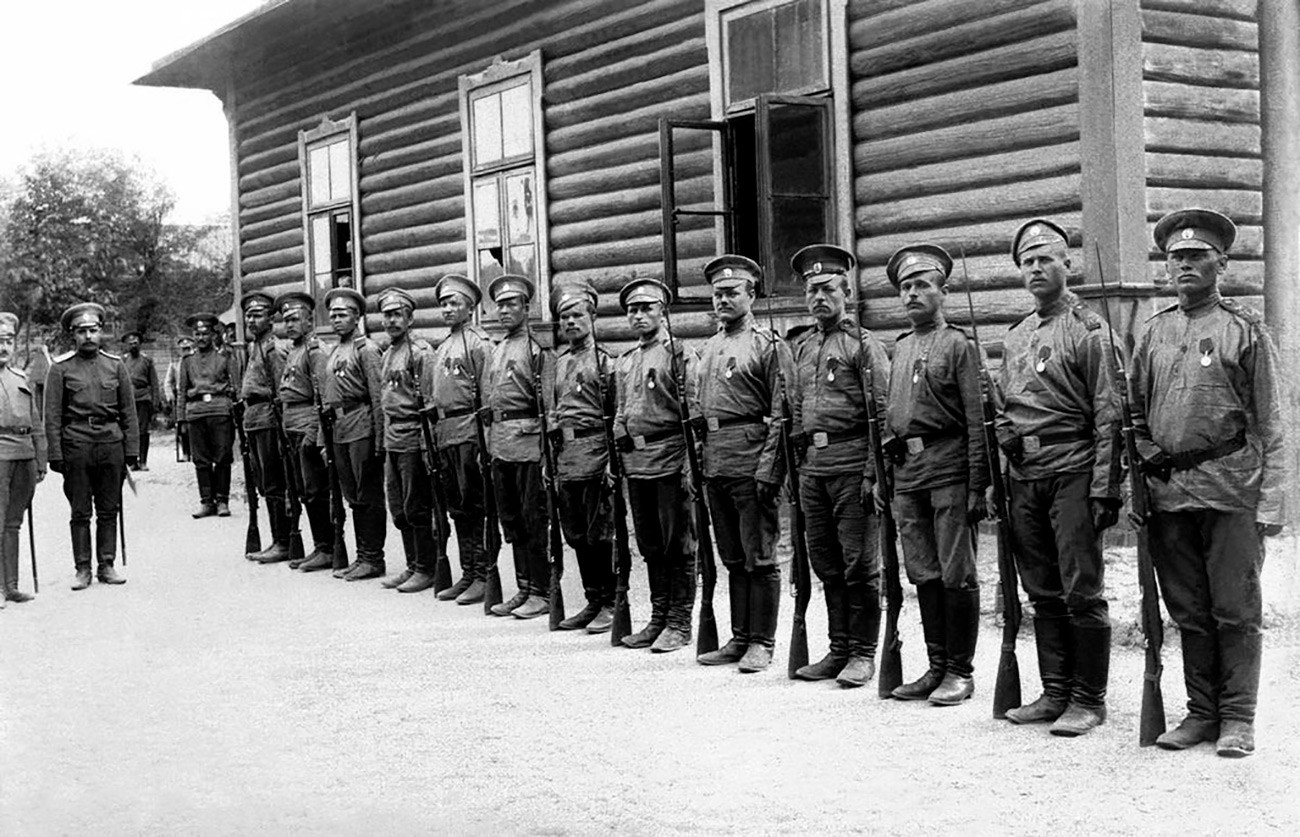 By the time World War I began in 1914, Juan Belyaev held a rank of colonel. When hearing the news that Russia had declared war on Austro-Hungary and Germany, he reacted simply: “Long live Russia, death to enemies!” and headed to the front to fight.

“Artillery is a mother of a child who got sick,” he used to say. “We are to watch our infantry close, listen to its pulse, being always ready to help it.” Loved by his soldiers, Belyaev was a classic Russian officer of his time, conservative and brave.

At war, the colonel survived many dangers, but once – only by chance. A bullet came through his chest but didn’t reach his spine or guts. Wounded Belyaev was transferred to a hospital near Petrograd, where he met empress Alexandra Fedorovna and was promoted to general. After recovery, Belyaev headed back to the frontline.

In his memoirs, Belyaev admitted that despite the bravery and efforts of the Russian army, by 1917, Russia was too exhausted with the war, losing its best sons. “The last of the decent drowned in a sea of blood, the last impulse to fight burned out,” he wrote. The chaos of revolutions made Russian people turn their weapons against each other – at first Belyaev refused to fight against Russians but then his monarchist views prevail. 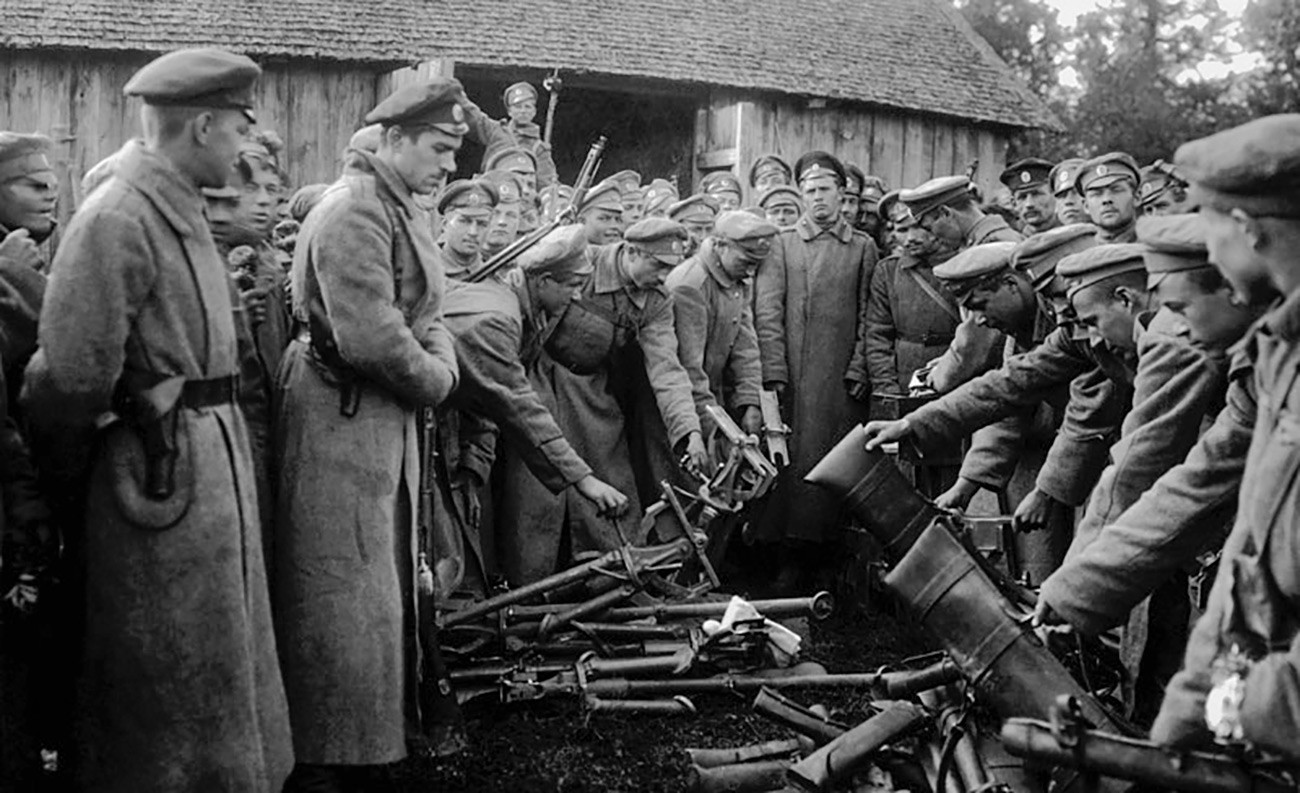 The White Army lost the war. In the 1920s, Belyaev, as well as many other soldiers and officers, sailed away from the shores of Russia. Along with his family, he moved to Europe, but didn’t stay there either. He decided to find a new home in Latin America.

In the 1920s, Russian émigrés in Paris could find a strange Russian-language newspaper called Paraguay, published in France by Belyaev. Each issue read on the front page: “Europe failed the Russian hope. Paraguay is a country to build a future in.” The general called on his compatriots to go to Paraguay and help him to, basically, build a new small Russia there. As for him, he had already been living in Paraguay since 1924. 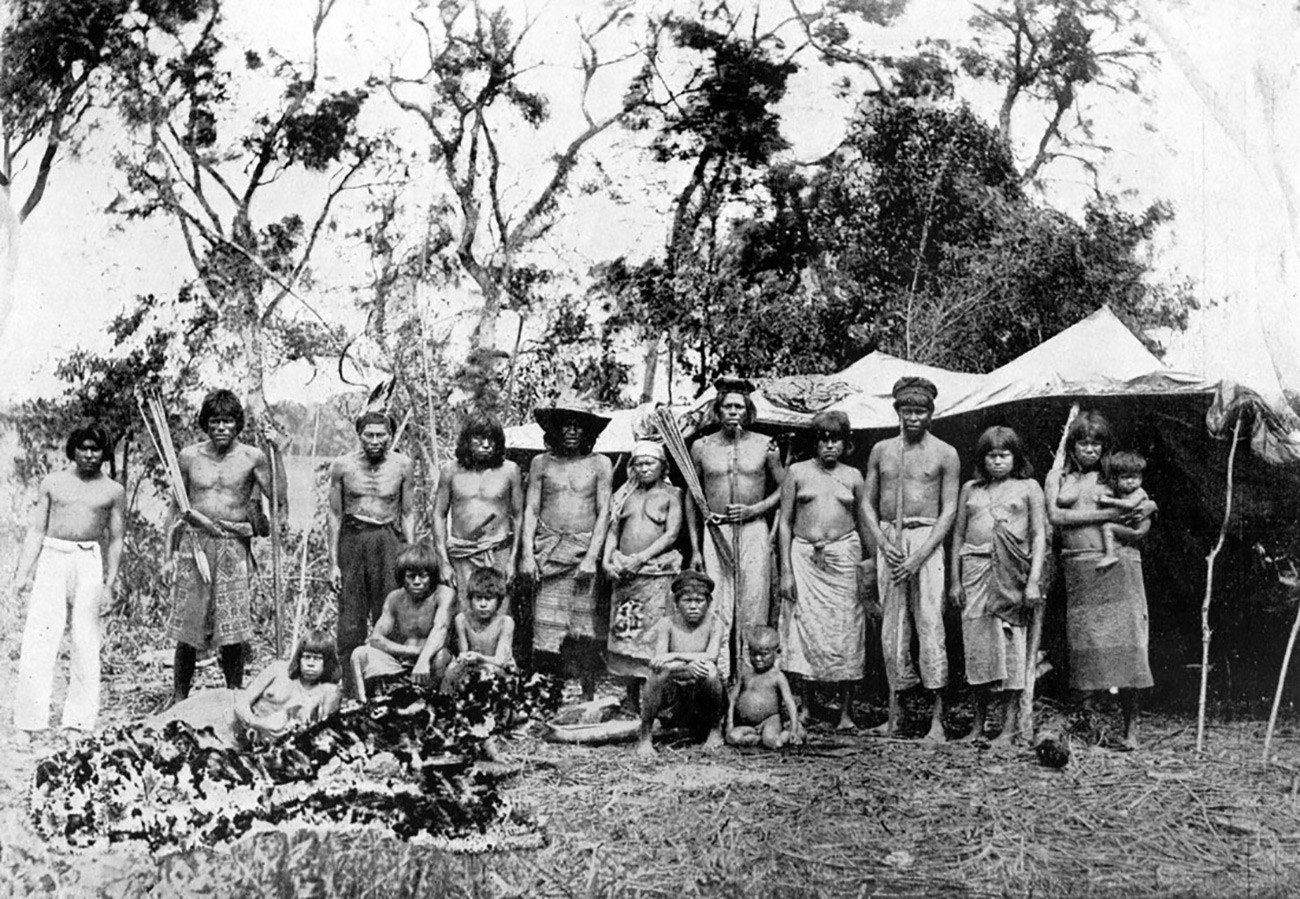 The Maká people of Paraguay.

Why Paraguay? Even by Latin America’s standards, that poor and underpopulated country was hardly a popular destination – but that’s why the local authorities welcomed immigration. Ever since losing the Paraguayan War of 1864-1870 to the alliance of Argentina, Brazil and Uruguay, Paraguay remained weak and lacked military force – and inviting some Russian officers was a good option for the government.

Juan Belaieff, like the Paraguayans called him, along with 12 other White Army officers, entered Paraguayan military service in 1924, joining the General Staff. His interests, however, lied beyond just military – in Paraguay he became a scientist.

Belaieff led 13 expeditions to the Gran Chaco, a vast area in West Paraguay populated by indigenous Maká people. “They spoke their own languages and hardly communicated with the other Paraguayans,” historian Boris Martynov, author of Russian Paraguay book, notes. Belaieff, fascinated by Indians since his childhood, immediately established close ties with them, helping with supplies and clothes, studying their ancient culture, opening schools and even theaters.

Paradoxically, the Russian officer became a bridge uniting the Maká with their more-Westernized compatriots. The Indians adored Belaieff, calling him the ‘White Father’. 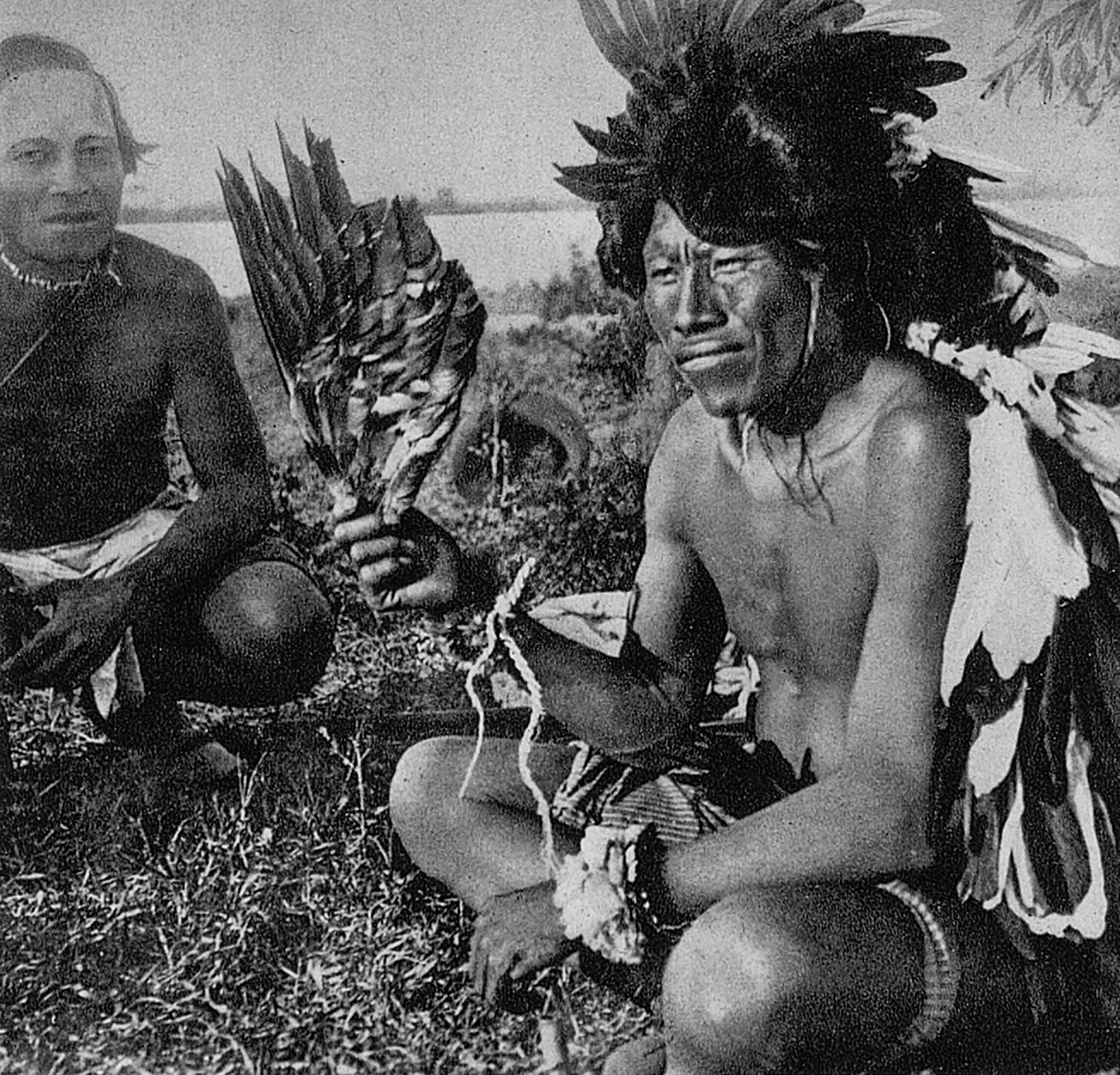 Even though he enjoyed his communication with the Maká, Belaieff had bigger plans. “I’d like to find a corner where everything sacred that created eternal holy Russia could be preserved, as Noah’s Ark did during the flood until better times,” he recalled. With his help, several Russian settlements were founded in Paraguay, but Russian migration to the country didn’t become widespread, and internal conflicts condemned the idea of some kind of “new Russia” in Latin America.

Though disappointed, Belaieff considered Paraguay his second home and, along with many Russian officers, gladly supported it in the Chaco war of 1932-1935, when neighboring Bolivia attacked Paraguay. Wounded and infected with malaria, Belaieff could have died a dozen times – but he survived and his side, though outnumbered, prevailed, with the help of the Maká, who were loyal to Belaieff. 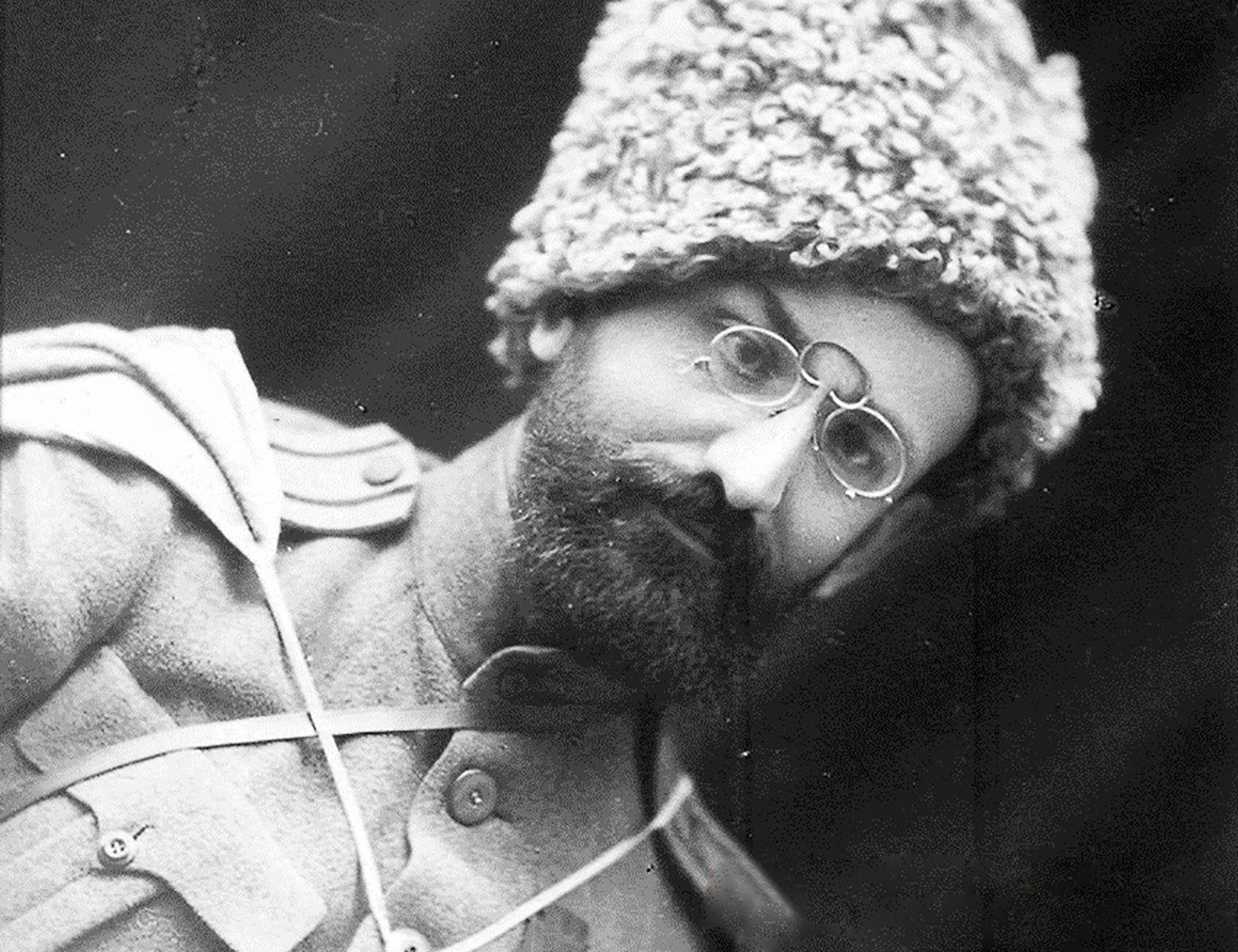 He never returned to Russia, living out the rest of his long life in Paraguay. When he died, the Maká transported his body to their area and kept it in a mausoleum, worshipping the spirit of the White Father as a deity. A fellow Russian émigré officer in Paraguay said to a friend about Belaieff: “We, perhaps, will be forgotten after we die, but not him.”