Why did the Russians & Germans continue fighting WWI in Latin America? 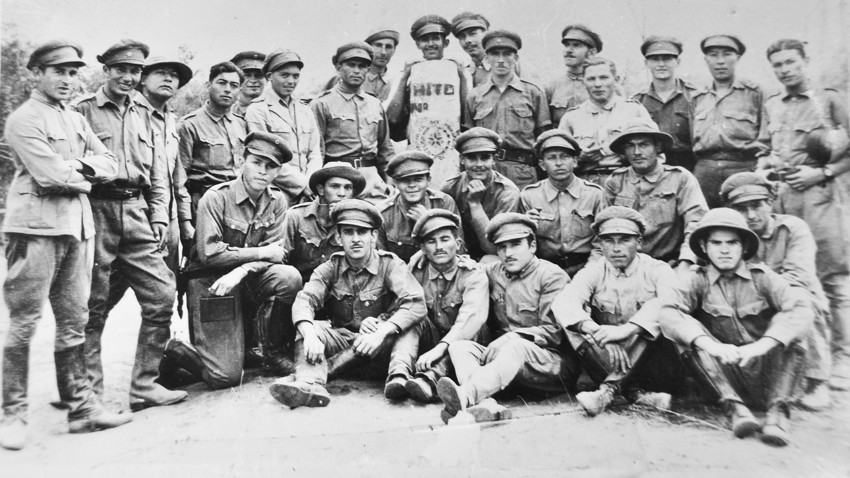 A group of Paraguayan soldiers posing in front of a boundary stone at the end of their 1932-35 Chaco War.

AFP
Paraguay, it turns out, owes much to Russia. Thanks largely to a few dozen Russian officers, the country emerged victorious in an almost unwinnable war, and doubled its territory in the process.

The Chaco War (1932-1935) between Bolivia and Paraguay was the bloodiest conflict in Latin America, costing over 100,000 lives. A key role in the hostilities was played by Russian and German émigré officers on the two warring sides. It was, in effect, a continuation of WWI on another continent.

The fight for black gold

For decades, Paraguay and Bolivia had bickered over the vast region of Gran Chaco. Both considered it as its own, yet neither risked an open confrontation. That was until 1928, when geologists claimed that this sparsely populated, impassable territory could be a source of black gold. 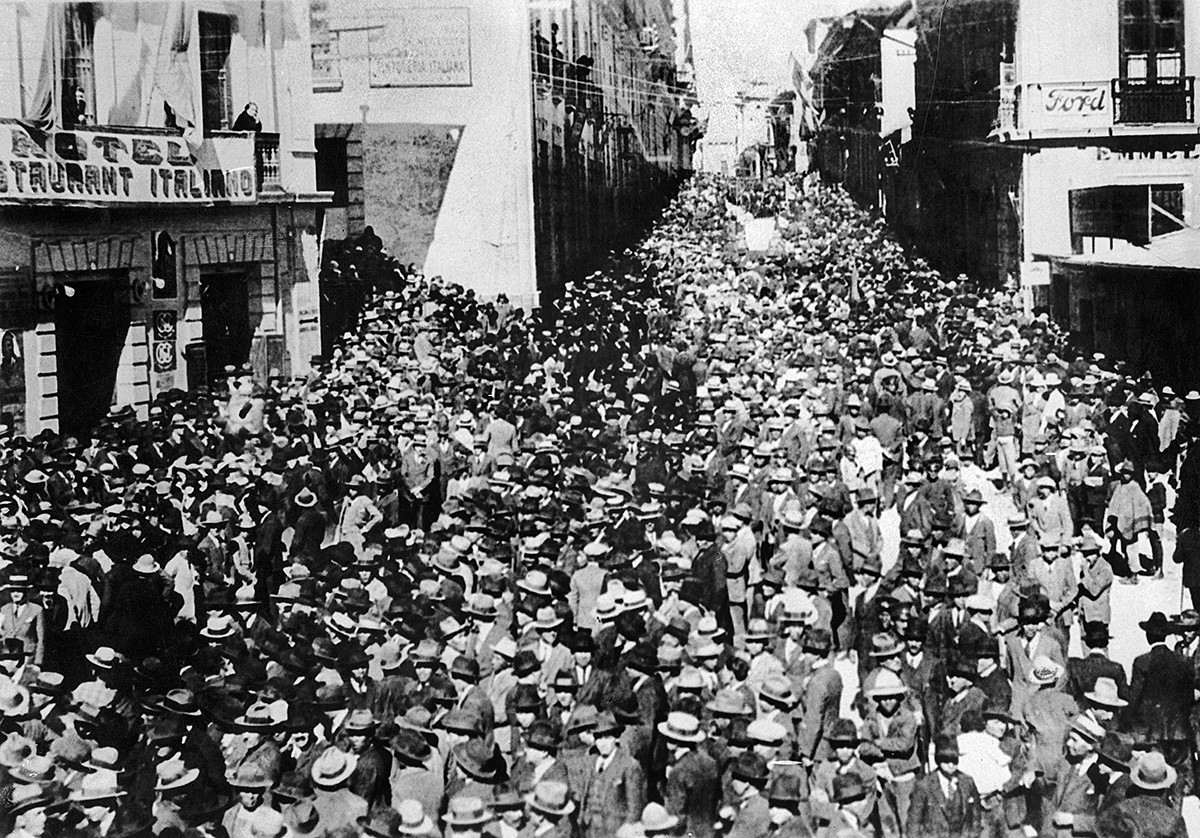 The first clash occurred between a Paraguayan cavalry detachment and Bolivian police in August 1928. All-out war was prevented only through the intervention of the League of Nations. Four years later, however, the organization was powerless to do anything. On June 15, 1932, the Bolivian army launched a surprise attack on Paraguayan outposts in the disputed territory.

Tiny Paraguay seemed to have little hope against the far mightier Bolivia. Not only was the latter’s manpower 3.5 times larger, but just 60 years previously Paraguay had endured a brutal war against Brazil, Uruguay, and Argentina, which claimed the lives of up to 70% of its male population.

Moreover, the Bolivian armed forces had three times as much air power and an overwhelming advantage in terms of armored vehicles. The Paraguayans could not field a single armored vehicle against the Vickers Mk E light tanks and Carden Lloyd VI tankettes of Bolivia. Only in respect of artillery guns was a certain parity maintained. 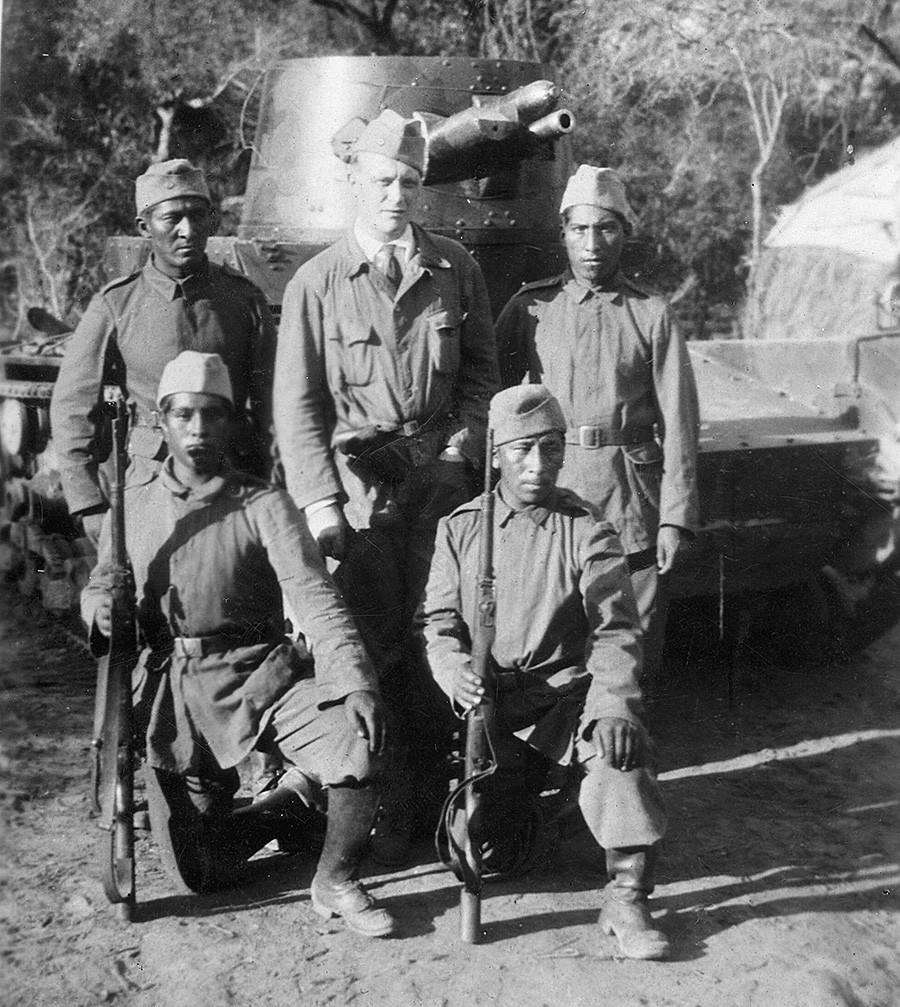 Bolivian soldiers in front of their tanks. Besides four natives, a German belongs to the crew.

In this dire situation, only a miracle could save the country, and one duly arrived in the form of several dozen Russian officers who had left their homeland after the Russian Civil War and found a new home across the ocean.

One of the émigré officers, Lieutenant General Nikolai Stogov, wrote: “There seems not to be a single area of ​​military affairs that our Russian émigré officers in Paraguay have not contributed to in terms of knowhow and experience.”

Even before the conflict began, realizing the invaluable experience of the Russian officers, Paraguay’s leadership actively engaged them in modernizing both the armed forces and the country as a whole. “Russian émigrés were a boon to Paraguay, which needed to restore its shaky economy. Bridges, roads, administrative buildings, barracks, etc. all started to be built. The country gradually came to life thanks to the help of Russian technical personnel,” said Russian architect Georgy Benois, who visited Asuncion in the 1920s. (O.E. Tsarkov. Chako, 1928-1938. An Unknown Local War. Moscow, 2018) 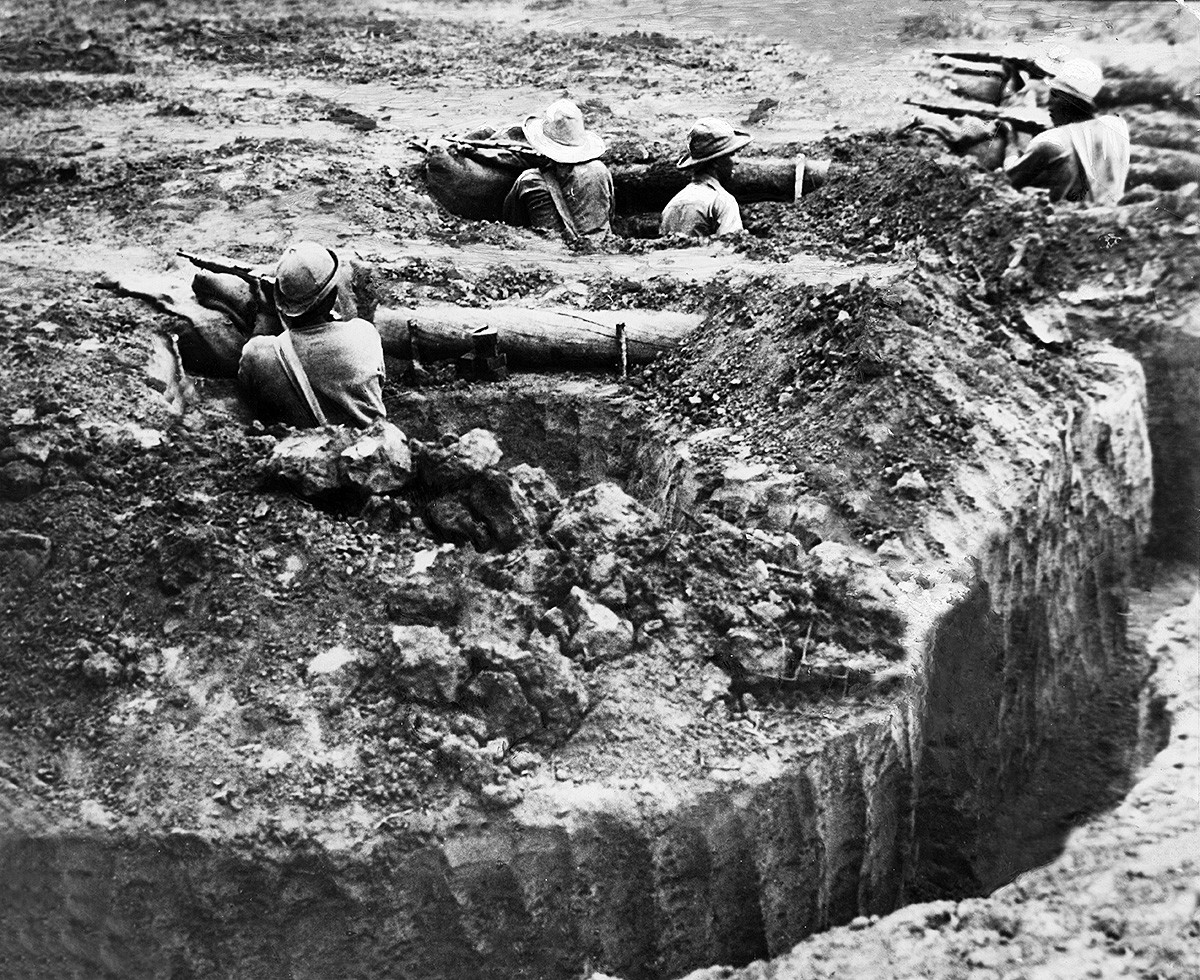 It was Russian advisers who insisted on adopting the Danish Madsen machine gun, which the tsarist cavalry had used in WWI. It was far more effective and reliable than the Chauchat machine gun imposed on the Paraguayans by the French military mission.

Thanks to the Russians, in 1932, Paraguay created its first cavalry division. In this regard, it outpaced Bolivia, where such a formation appeared only two years later. The Paraguayan cavalry was trained to carry out blitz raids on the enemy rear, and Major Nikolai Korsakov even translated Russian cavalry songs into Spanish to instill military spirit.

Meanwhile, 120 German officers had settled in Bolivia and were now serving in the national army, which had been remodeled along German lines and dressed in the uniform of the Reichswehr. WWI veteran officer Hans Kundt was appointed commander-in-chief, arrogantly asserting that he would easily deal with the Russians (meaning the Paraguayan army). 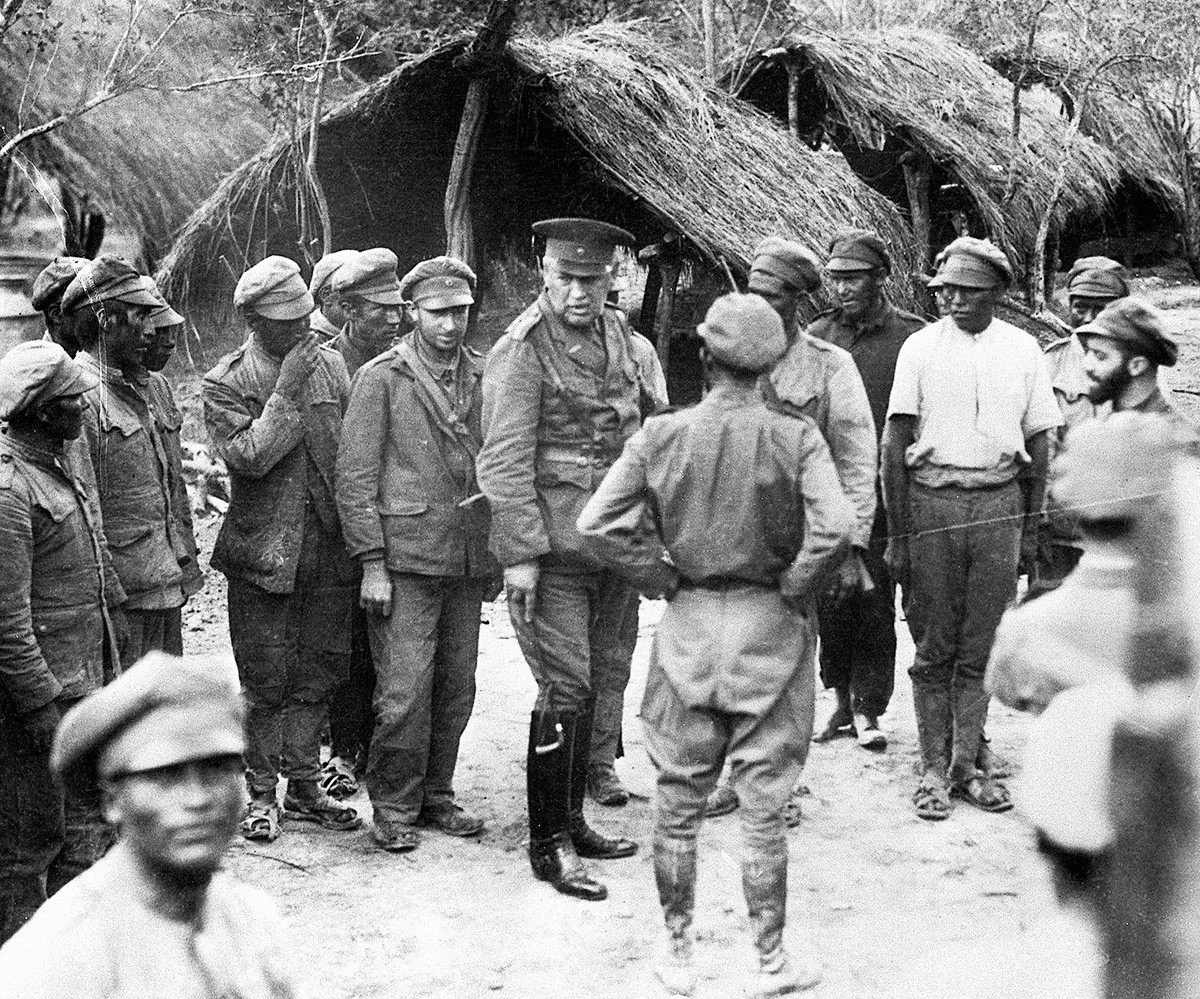 At that time, 86 Russian émigrés were serving in the ranks of the Paraguayan armed forces. Despite their small number, most were officers with invaluable combat experience, and almost all proved their considerable worth in their respective area of expertise.

Having completed 13 reconnaissance trips to Gran Chaco, General Ivan Belyaev had vast experience as both a cartographer of the region and an artilleryman. And as the head of the cartographic unit of the General Staff and adviser to the Paraguayan president, he was heavily involved in planning the offensive and defensive operations of the Paraguayan army.

Thanks to the deciphering of the Bolivian military codes at the very start of the war by the head of Paraguay’s military intelligence, Nikolai Ern, and Captain Sergei Kern, the Paraguayan military secured an invaluable advantage. They often knew about the enemy’s intentions before the Bolivian troops had even received their orders.

A major role in the organization of the Paraguayan air defenses was played by aviator Captain Sergei Schetinin. Through his efforts, Bolivian aviation became far more potent. On his advice, the Paraguayans created dummy artillery, which the Bolivian planes wastefully bombarded. 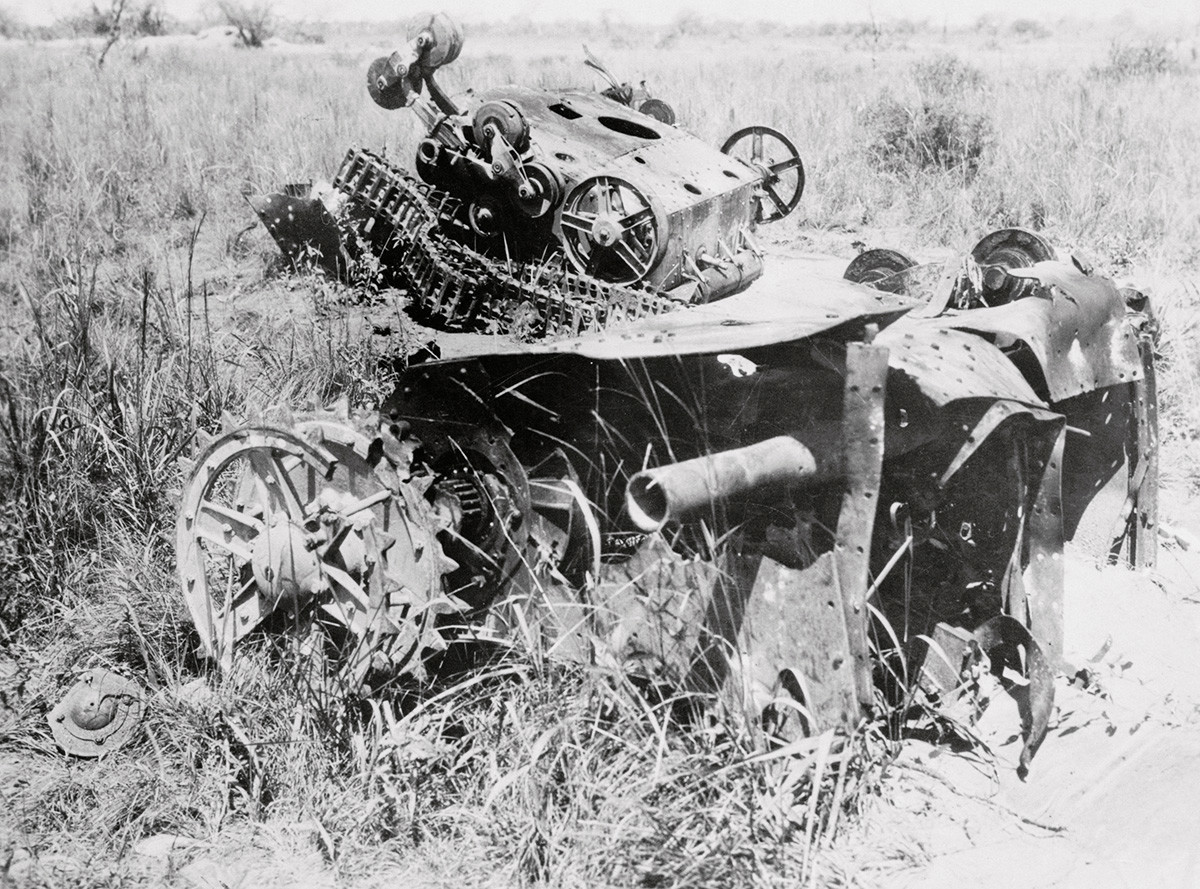 Some of the Bolivian tanks destroyed by enemy soldiers at Fort Nanawa.

The culmination of the Bolivian-Paraguayan (as well as Russian-German) Chaco War was the second assault on Nanava (a suburb of Asuncion) in July 1933. In this operation, Kundt concentrated 6,000 of his Bolivian men against 3,600 Paraguayans.

Under the cover of German-crewed tanks, led by a detachment of flamethrowers, the Bolivians advanced on the Paraguayan army’s positions. Thanks to the solid defenses set up by the Russian military experts (fortified areas equipped with mortars and machine guns, surrounded by minefields and barbed wire), eight enemy attacks were repelled, followed by a successful counterattack. The Bolivian army lost several tanks and around 2,000 men, against Paraguayan losses of just 448. Shortly after the failed operation, Kundt was removed from his post.

The following year, after several major victories, Paraguay finally gained the strategic upper hand. When its armed forces entered Bolivia, the latter turned to the League of Nations for assistance in concluding a peace. 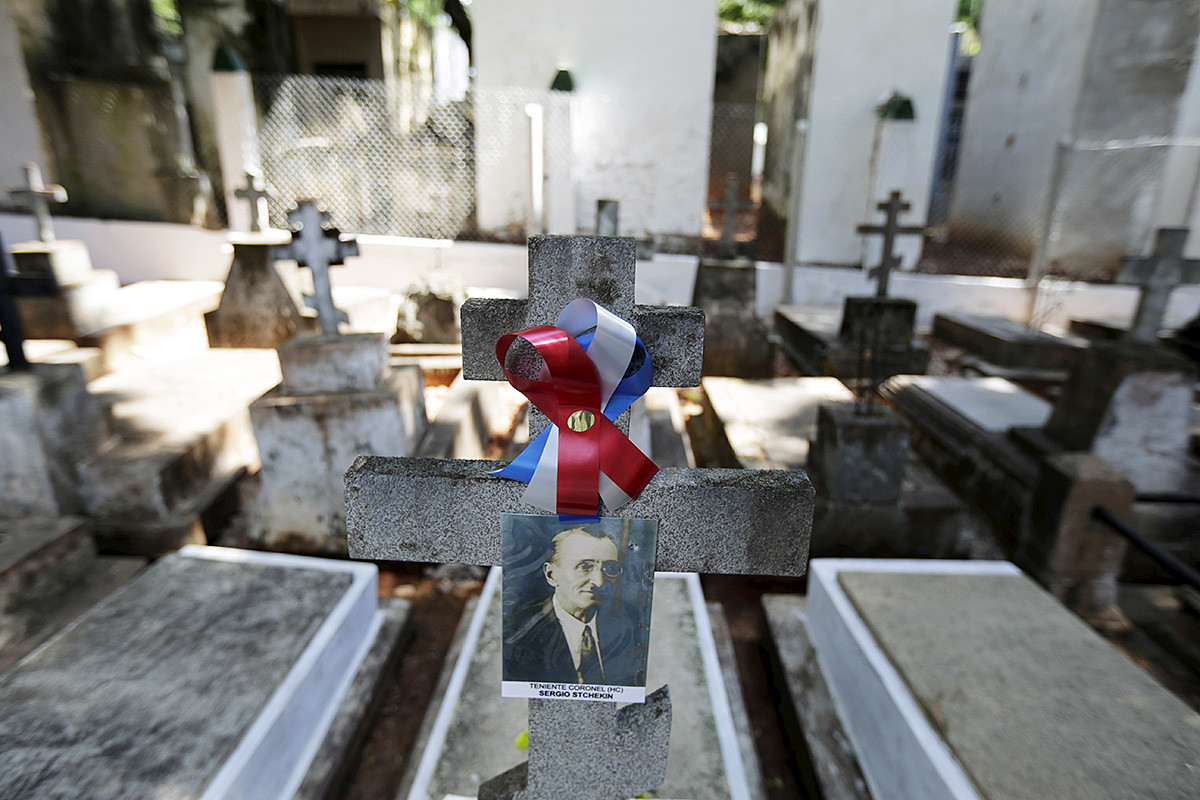 The grave of a Russian officer who fought in the 1932-1935 Chaco War at the Recoleta cemetery in Asuncion.

Under the 1935 peace treaty, Paraguay received most of Gran Chaco, which almost doubled its territory. In an evil twist of irony, oil was discovered in the valley only 77 years later, in 2012.

The Paraguayans praised the Russian officers for their vital role in the Chaco War. The future president of Paraguay, Alfredo Stroessner, who had served under General Stepan Vysokolyan, had deep respect for both his commander and the entire Russian officer corps, calling them “people of honor.”

After the war, many of these Russian émigrés received all kinds of awards, were proclaimed national heroes, and occupied high positions in the country. To this day, six streets in Asuncion are named after the six Russian officers who were killed in the Chaco War.