Why were some Russian churches built in a day? 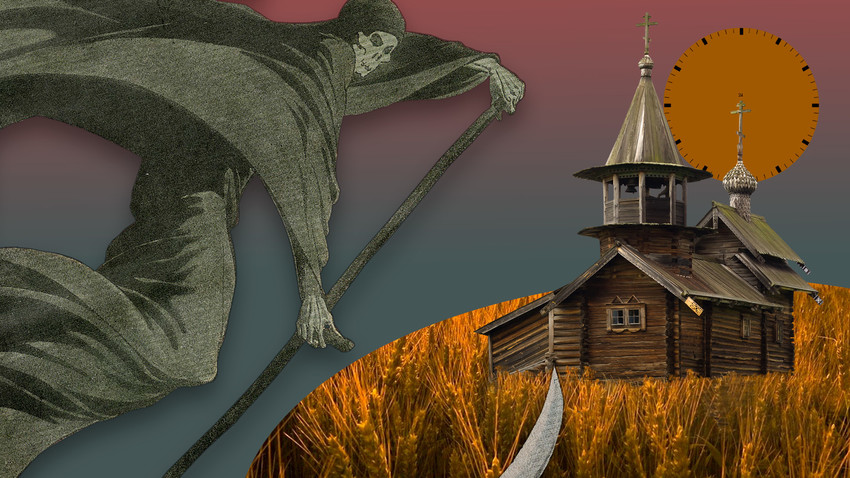 Legion Media, Public domain
Unlike Rome, some things do get built in a day, including quite a few makeshift churches in Old Russia.

Back in Old Russia, aka Rus, villagers and townsfolk had a habit of suddenly dropping everything and rushing off to build a church. The backbreaking work began at night and lasted all the next day. There was only one condition: it had to be finished by sunset. Why?

These IKEA-style churches (probably not the term used by Old Russian speakers) often got put up during outbreaks of epidemics. They were intended to stop the spread of whichever disease happened to be doing the rounds.

It was believed that since the churches had been built non-stop in such a short space of time, they were absolutely pure, i.e. the evil spirits (which included diseases) could not have got inside. Hence, they would offer protection against them.

If one church didn’t do the job, another was built. For instance, when in 1522 in Pskov the construction of the Church of St Varlaam failed to stop that year’s pestilence, the townspeople erected the Church of the Protection of the Holy Virgin. This time it worked, some might say miraculously. 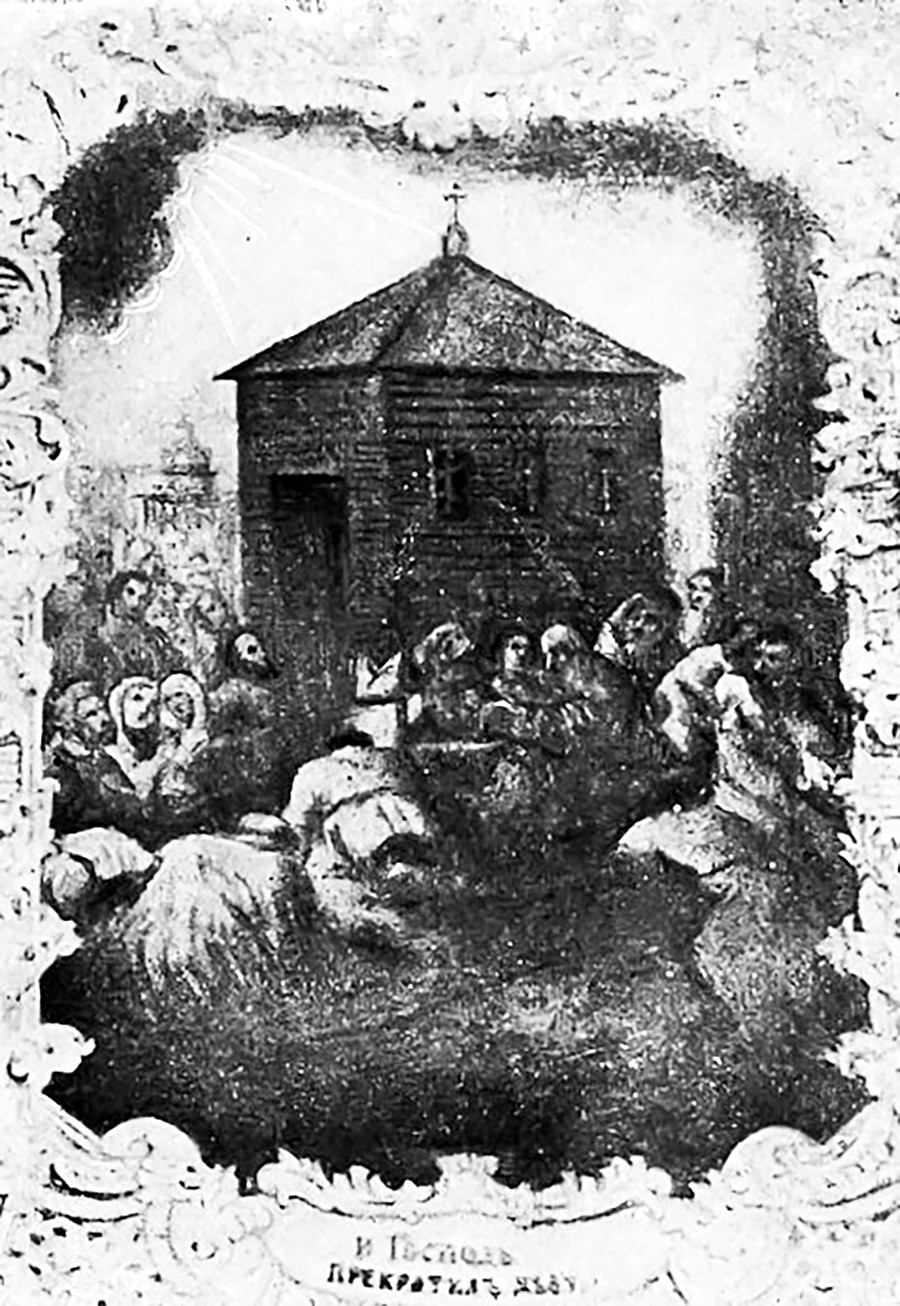 Built-in-a-day churches were seen not only as a remedy against disease, but as an expression of gratitude to God for sparing the town or for any positive event. The first such “thanksgiving” church in Russia is believed to have been built in the 10th century in honor of Vladimir the Great’s defeat of the Pechenegs, a semi-nomadic people from Central Asia.

Naturally, built-in-a-day churches differed from the monumental variety by their lack of decoration and luxury. Sometimes their appearance was even too modest. For instance, one such mini-church in a village in the Vyatka province had a tree stump for a throne and two planks tied with ropes for the holy doors.

Having fulfilled their function of stopping the spread of an epidemic, these makeshift shrines, far from being abandoned, continued to be used as everyday places of worship.

Centuries ago, when fire was a commonplace catastrophe, the lifespan of wooden churches was not long. On average, they stood a couple of decades before being consumed by flames. Only a handful managed to survive for over a century, for example, the Church of the Savior the All-Merciful and the Church of the Origin of Honest Trees in Novgorod. 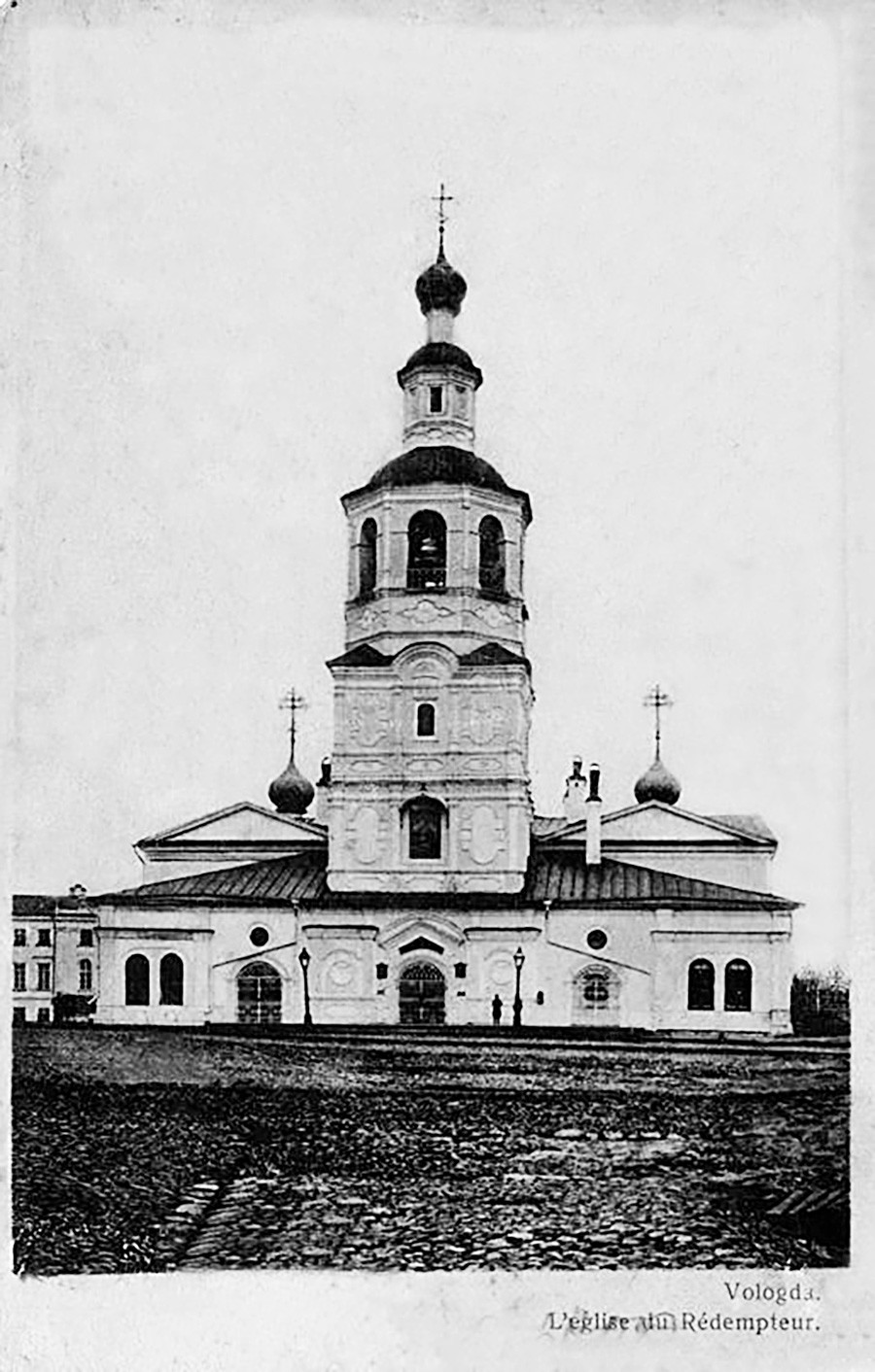 Spaso-Vsegradsky cathedral in Vologda, destroyed in 1972.

To preserve built-in-a-day churches, it was customary to reconstruct them in stone. For instance, when the stone Church of Our Savior was being put up in Vologda, the old wooden church stood on the construction site, and services continued there as normal. In 1895, the church was designated a cathedral, which was then knocked down in 1972 by decision of the authorities. Not without a fight, mind. Its walls were so strong that explosives proved useless, and the tanks had to be sent in.

As for the tradition of building makeshift churches itself, which dates back to the earliest days of the Russian state, it had completely disappeared by the 18th century.