Who voluntarily GAVE UP the Russian throne? 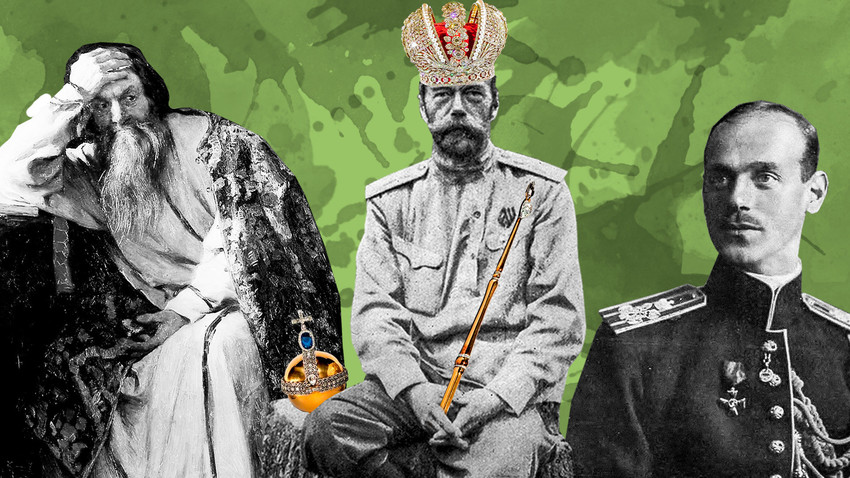 Klavdiy Lebedev, Shakko (CC BY-SA 3.0), Public domain
In all of Russian history, only five people signed an official abdication, while the first Russian tsar ascended and departed the throne twice - but it wasn’t quite what it seemed... 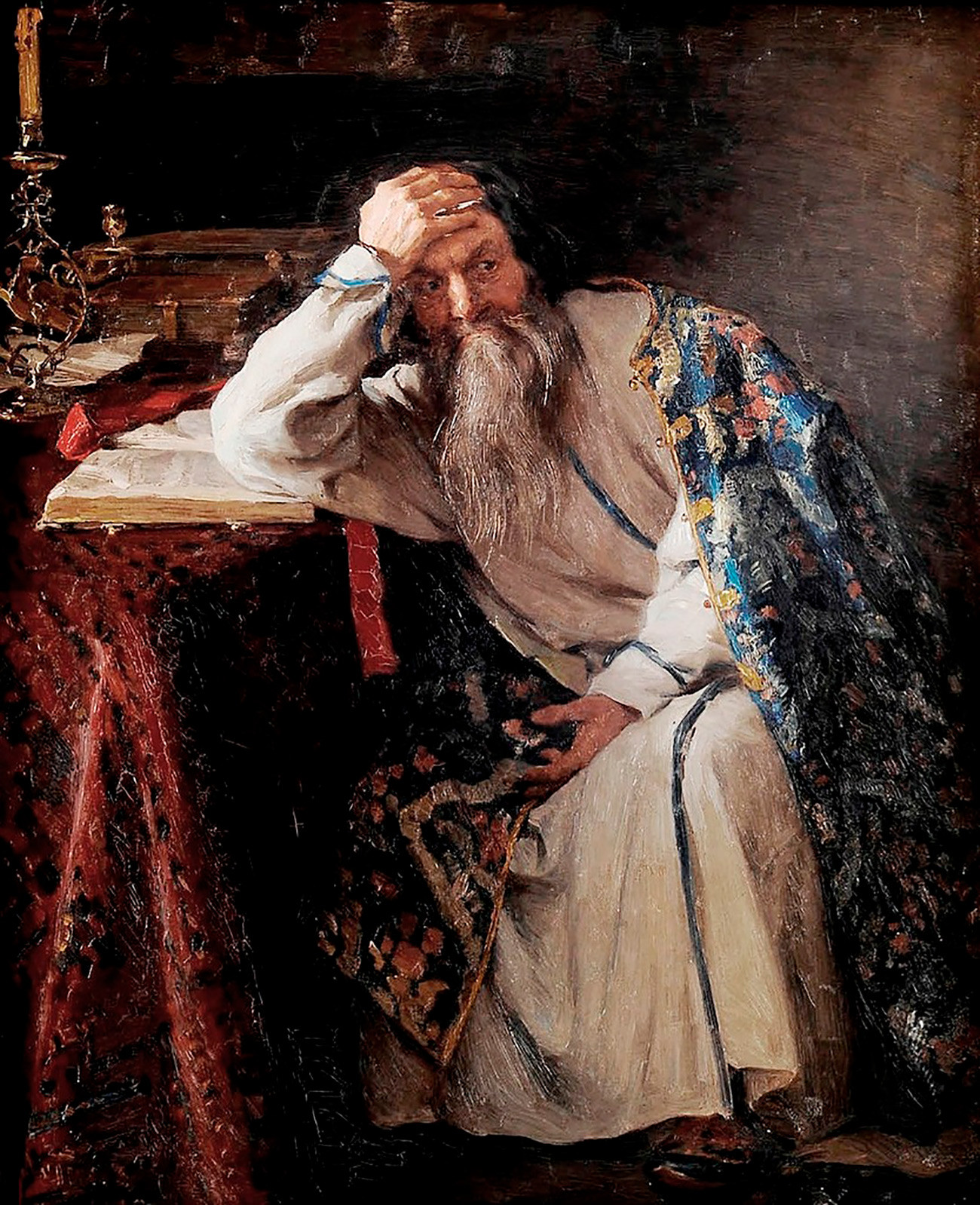 Ivan the Terrible by Klavdiy Lebedev, 1916

Ivan Vasilyevich (1530-1584) signed his first abdication in 1565 as he ushered in the policy of oprichnina in Russia [repressions against the boyars, or Russian aristocracy]. No one was crowned tsar to take his place, however, and Ivan never gave away any real power. On the contrary – while staying in a residence near Moscow rather than in the Kremlin, he simultaneously began to adopt unpopular and harsh decisions to deal with the boyar opposition. 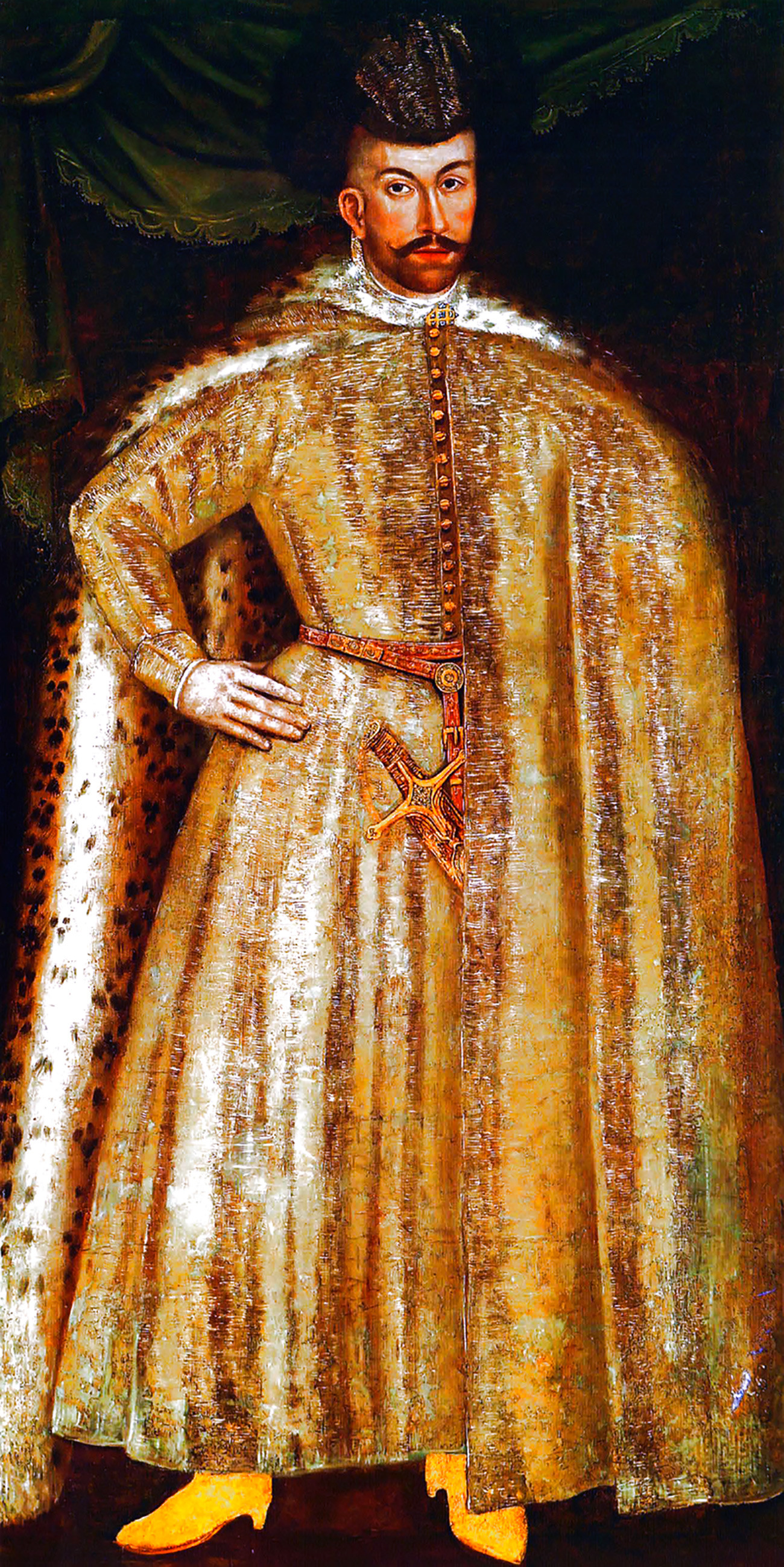 Ivan abdicated for a second time in September 1575 when he put the Tatar Prince Simeon Bekbulatovich on the throne. Until then, the latter had been the khan of the Khanate of Qasim, a vassal of Russia. Simeon now traveled in a royal carriage with royal bodyguards and lived in the royal quarters, while Ivan contented himself with the role of an "ordinary boyar". However, no coins depicting Simeon were minted and, moreover, Ivan retained control of the treasury.

Why was this done? According to historians, it was for the same reason as the first abdication. The abandonment of his royal duties and responsibility "untied" Ivan the Terrible’s hands to carry out executions and reforms. In 1576 Ivan returned to the throne of Muscovy. Simeon Bekbulatovich became a military commander in his army and was given control of the great city of Tver. He outlived Ivan by 32 years. 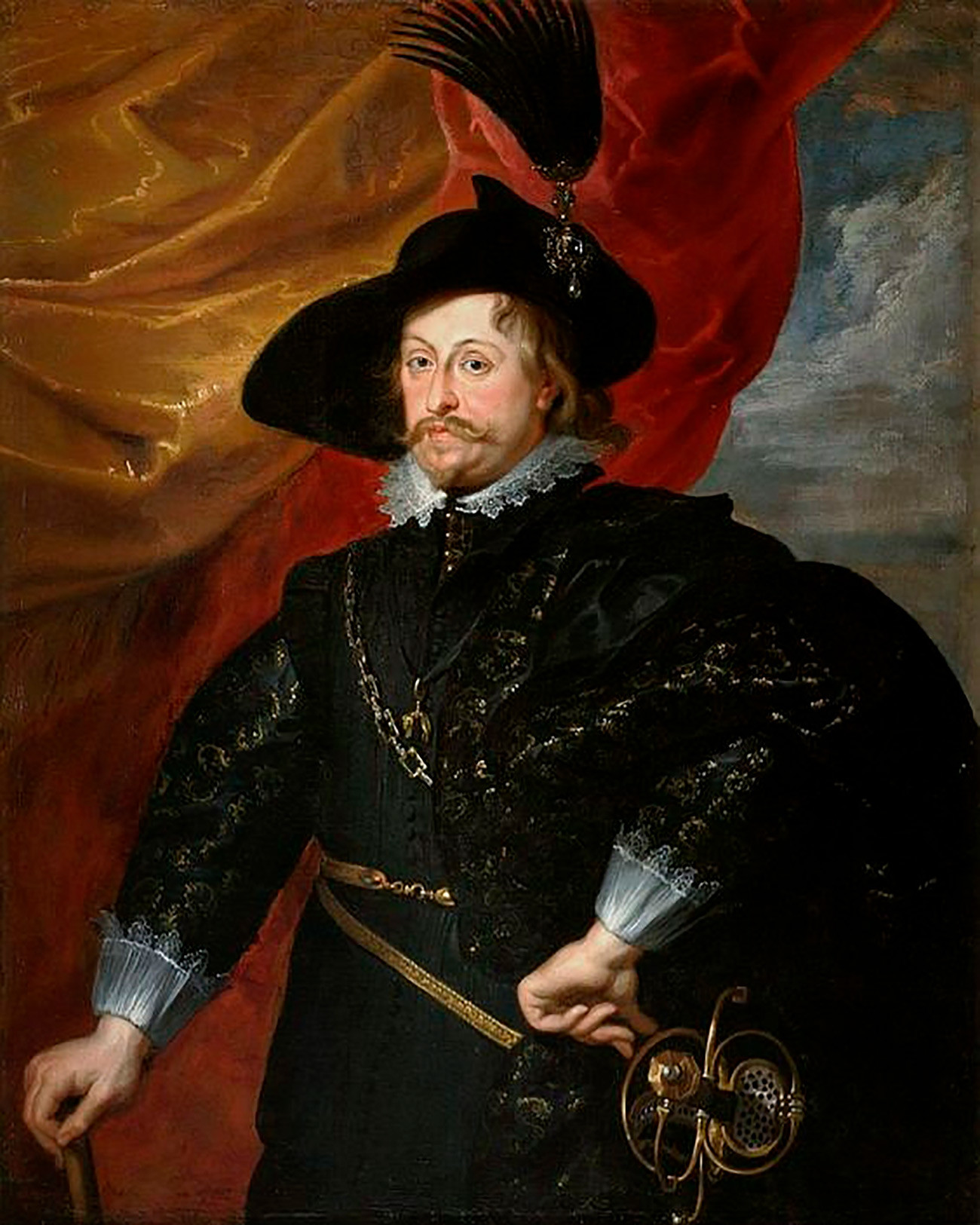 Władysław IV Waza (Ladislaus IV Vasa) (1595-1648), the son of Polish King Zygmunt III Waza (Sigismund III Vasa), acquired a claim to the Russian throne to a large extent by chance. The Tsardom of Moscow at the beginning of the 17th century was ravaged by the Time of Troubles – the crisis of the Rurik dynasty following the death of Ivan the Terrible’s son Fyodor Ioannovich, who left no heirs. In 1610, the troops of the Polish-Lithuanian Commonwealth threatened to occupy Moscow. The boyar government (the so-called Seven Boyars) which ruled Moscow after Tsar Vasili Shuisky was forcefully removed invited Prince Władysław to the Russian throne in order to preserve the tsardom's independence from the Poles.

Zygmunt III, Władysław's father, insisted, however, that the Russians should adopt Catholicism. The boyars didn't even dare propose this to their people as the consequences would have been dire. In August 1610, the boyars and nobles secretly "elected" Władysław as tsar – he never reigned in Russia, however. In 1616, 4 years after Polish troops had been expelled from Russia, Władysław tried to capture Moscow but was defeated. He continued to use the title and even the crown of the Tsar of Muscovy, but renounced all his claims in 1634, under the terms of the Polyanovsky Peace Treaty which ended yet another war between Russia and Poland. 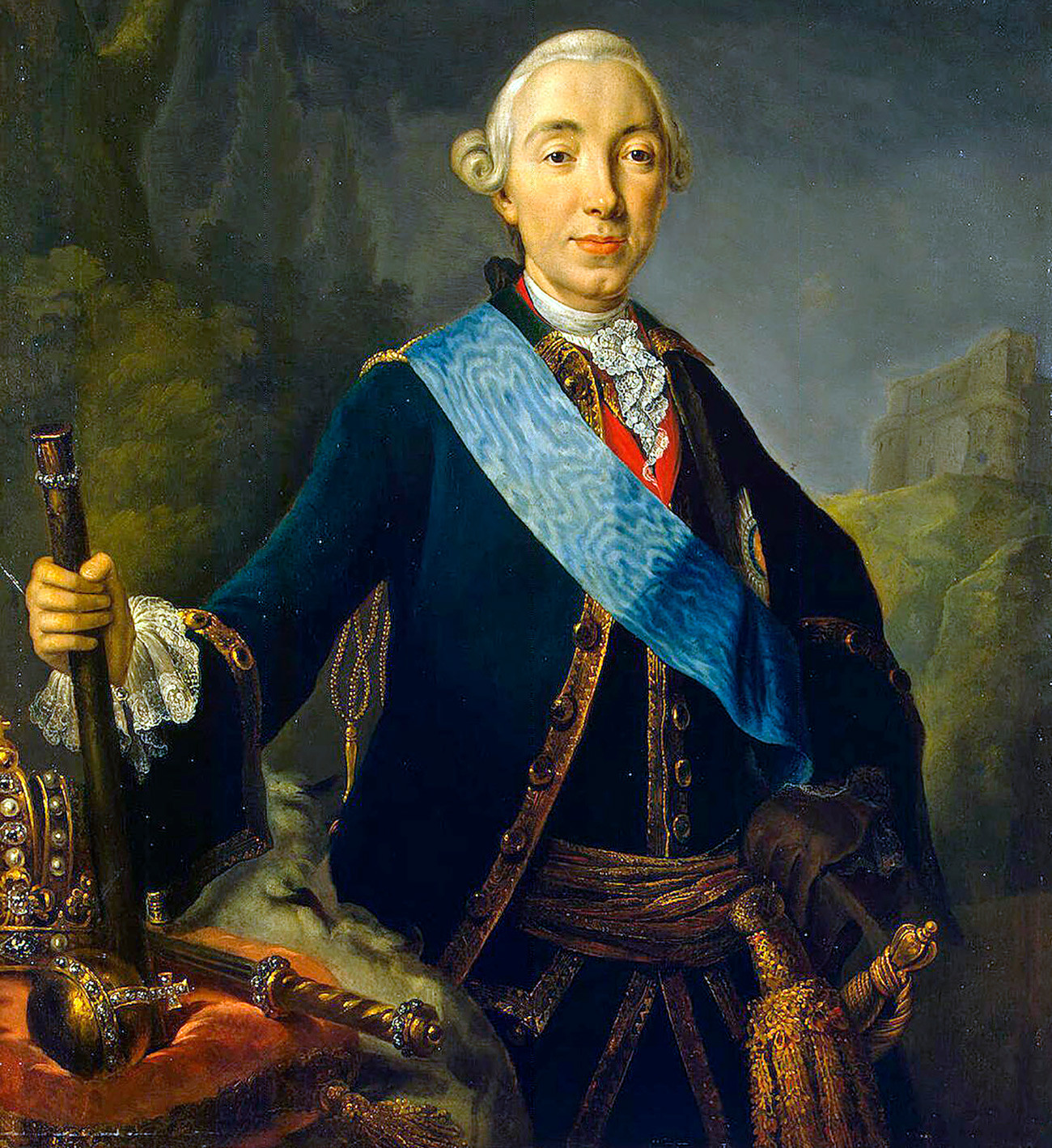 Pyotr Fyodorovich (Duke Karl Peter Ulrich von Schleswig-Holstein-Gottorf) was the son of Peter I's daughter Anna and Karl Friedrich, Herzog von Schleswig-Holstein-Gottorp. Pyotr Fyodorovich never wanted to rule Russia. He had hoped to get the Swedish throne, to which he was entitled. According to a marriage treaty drawn up under Peter I, however, the son of Anna (who died soon after giving birth) also had a claim to the Russian throne.

The other daughter of Peter the Great, Elizabeth Petrovna (1709-1762) had acceded to the Russian throne, and was interested in having her nephew ascend the Russian throne as it meant that it would go back to Peter's descendants, not his brother Ivan's (Elizabeth had been preceded on the throne by her cousin Anna Ioannovna). And so in 1742, Pyotr came to Russia. In 1745 he married his second cousin, Sophie of Anhalt-Zerbst (the future Catherine II).

Following the death of Elizabeth Petrovna, Pyotr Fyodorovich became Russian Emperor. The 33-year-old ruler was doomed, however – infantile and quick-tempered, he was completely unprepared for adult life; moreover, Pyotr suffered from alcoholism and never stopped playing toy soldiers. He reigned for just over six months and then, as a result of a coup organized by Catherine, was overthrown. He signed an official abdication and even wrote his consort a humble letter pleading with her to let him go to Europe. But that didn't help: A few days after his abdication Pyotr Fyodorovich was murdered by conspirators in a country palace in Ropsha. The exact circumstances of his death are unclear to this day. 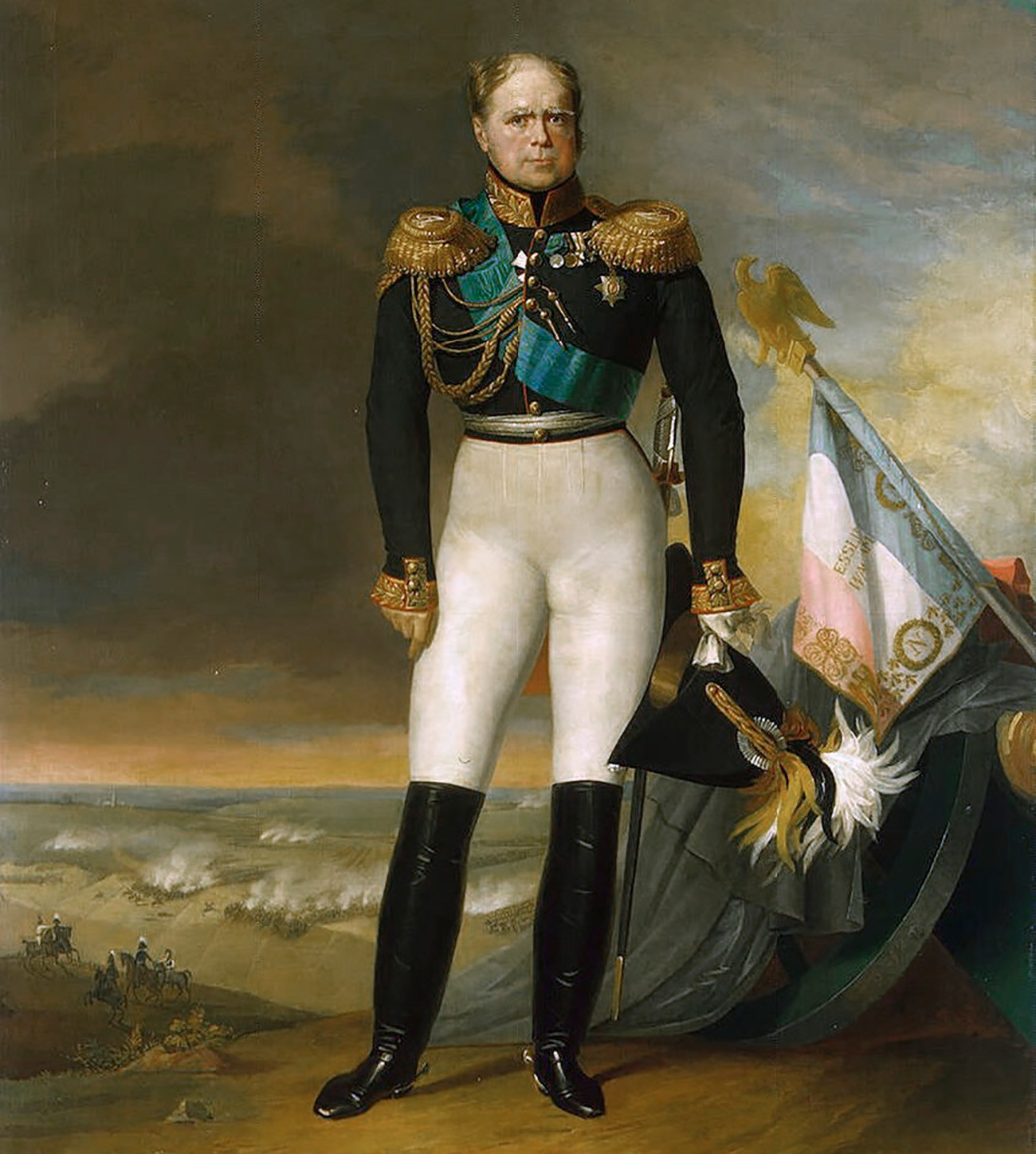 Although he was proclaimed Russian tsar, Konstantin (Constantine), the second son of Emperor Paul I (1754-1801), was never crowned, never reigned and, anyway, was in Poland for the duration of his "rule".

Under the Act of Succession brought in by Paul I, Konstantin was to inherit the throne after the death of his brother Alexander (1777-1825) in the event of the latter producing no male heirs. Alexander never had sons, and his two daughters died in childhood.

When Alexander died in December 1825, it was formally Konstantin who was to ascend the throne. However, Konstantin had abdicated back in 1823, declaring that it was not possible for him to govern the state. Furthermore, in 1820 Konstantin had divorced his first wife Anna Feodorovna, née Princess Juliane Henriette of Saxe-Coburg, and married Polish noblewoman Joanna Grudzińska. Joanna was not of particularly royal blood, a circumstance that deprived her potential children of a claim to the Russian throne. It didn't deprive Konstantin of the same right, however. Nevertheless, Crown Prince Konstantin, who lived with Joanna in Warsaw (he was commander of the Russian armies in Poland), cited his second marriage as the reason for his abdication.

On Alexander's orders, Konstantin's abdication was kept secret. For some reason, even Nikolay Pavlovich (1796-1855), Paul's younger son and future Emperor Nicholas I, didn't know about it. And, as a result of palace intrigues, several senior officials entrusted by the late Tsar Alexander with the secret abdication delayed its proclamation. And so it was that on Nov. 27, after news of the death of Emperor Alexander arrived in St. Petersburg, the army, the Guards and officials began to swear allegiance to Konstantin. A coin bearing his profile was minted. Known as the "Constantine ruble," it is now a real rarity on the old-coin market.

Nikolay also swore allegiance to Konstantin and sent a letter to Warsaw asking his elder brother to come to St. Petersburg to take the throne. Konstantin replied that he was abdicating and would not travel to St. Petersburg. Upon receiving this news and after some hesitation, Nikolay assumed the throne. Admittedly, during the very days of his accession, Russian noblemen staged an uprising known as the Decembrist Revolt ( Dec. 14, 1825), which was crushed by the new Emperor Nicholas.

Formally, Konstantin was Russian Emperor for about three weeks despite neither accepting the throne nor being crowned. In the proclamation on his accession to the throne, however, Nikolay Pavlovich was named emperor from the day of Alexander's death, Nov. 19, 1825. Therefore, Konstantin is not listed among the Russian tsars. Six years after these events, in 1831, he died suddenly of cholera. 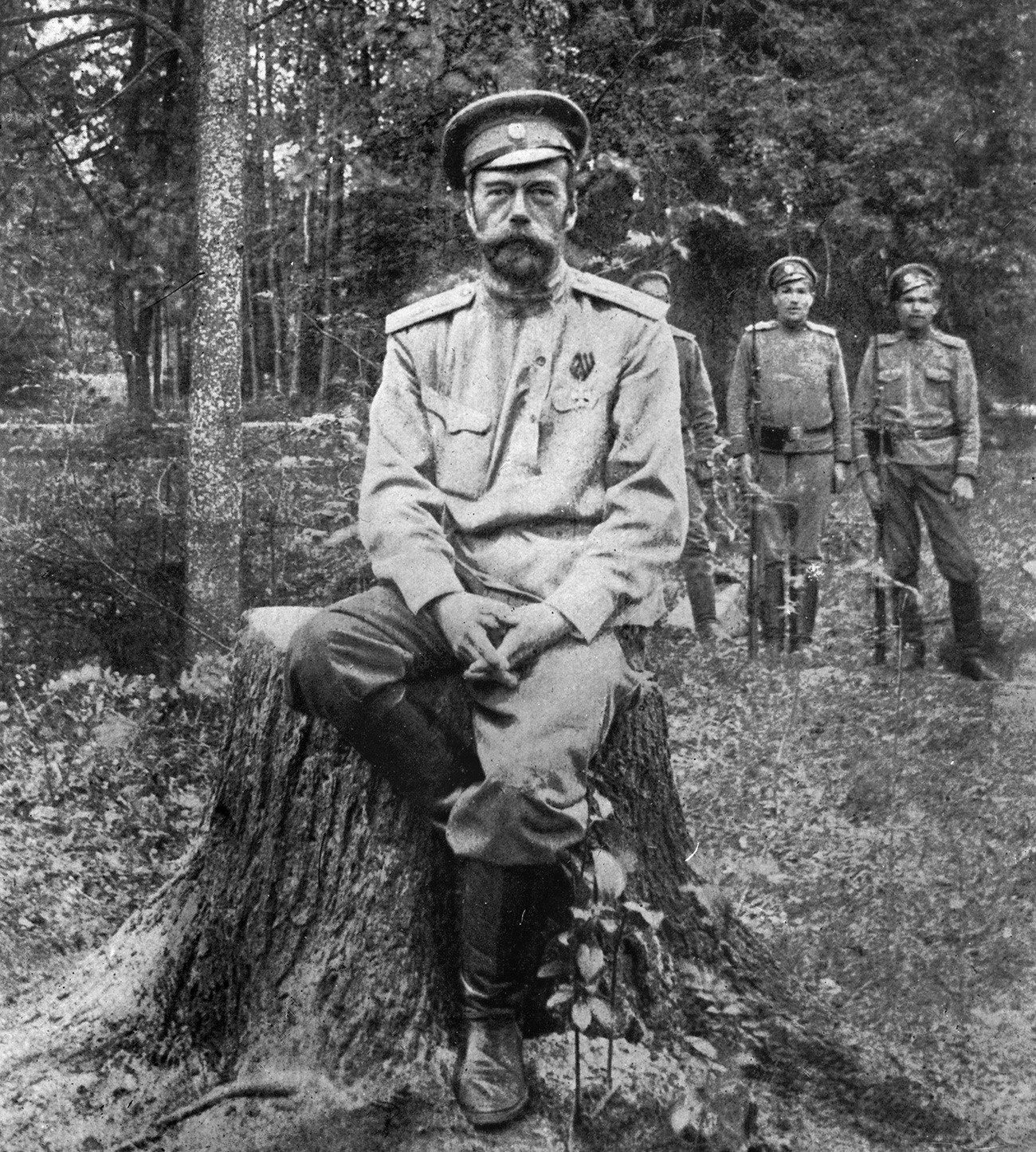 Nicholas Romanov, no longer a tsar, in Tsarskoye Selo in 1917.

In 1917 Russia was in the grip of revolution. In St. Petersburg, workers mounted an uprising, seized the city and overthrew the tsarist regime. The State Duma was dissolved and the Council of Ministers lost its power. Emperor Nicholas II, who had been at the front until then, tried to get through to his residence in Tsarskoye Selo near St. Petersburg but the revolutionaries blocked the railway, and the Emperor went to Pskov instead.

There, in his own train, Nicholas received officials and army commanders, who reported to him on the situation. Under strong psychological pressure from General Nikolai Ruzsky, commander of the Northern Front, Nicholas agreed to the formation of the Provisional Government in Russia and issued instructions that a proclamation must be published to this effect. On the following day, numerous senior officials and army commanders began to plead with the Emperor to abdicate in order to calm the situation as revolution swept the country. On March 2, 1917, Emperor Nicholas II abdicated the throne on behalf of himself and his son, the heir apparent Tsarevich Alexei, in favor of his brother Grand Duke Michael Alexandrovich. 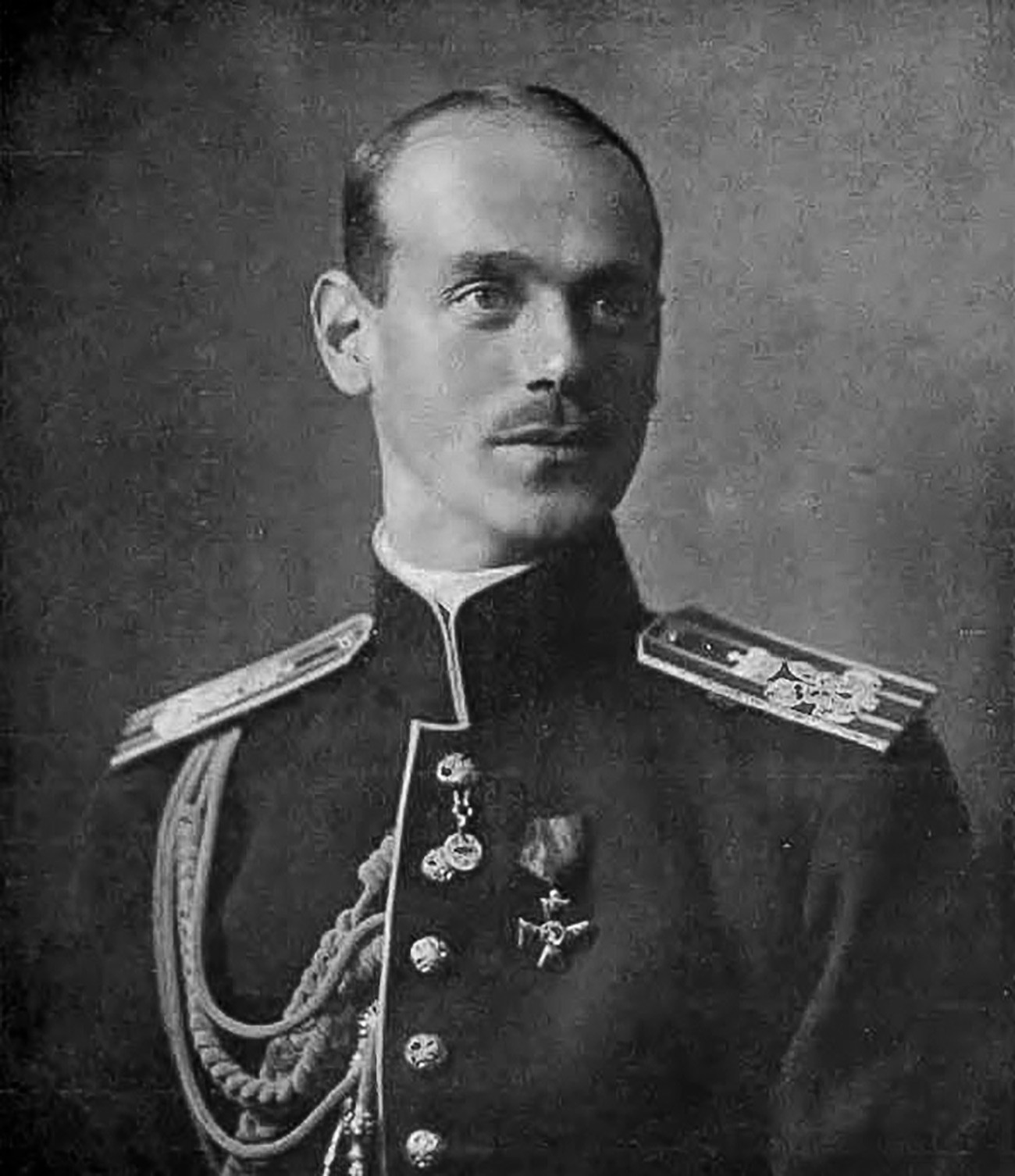 When politicians Alexander Guchkov and Vasily Shulgin, who had accepted the abdication of Nicholas II, arrived in Petrograd [St. Petersburg] in the early hours of March 3, 1917, the revolutionary workers who met them at the train station were furious when they learned that Nicholas had abdicated not "completely" but in favor of his brother. The workers were demanding a republic and almost killed Guchkov and Shulgin.

On the morning of March 3, Grand Duke Michael Alexandrovich held a meeting in his apartment with the chief ministers of the Provisional Government and other prominent politicians and the military. Everyone tried to persuade the Grand Duke not to take power, something he agreed to by signing the Act of Non-Acceptance of the Throne. According to the document, a Constituent Assembly was to determine Russia's form of government. By the way, several months later the Provisional Government issued instructions to the effect that no-one from the Royal Family should have the right to be a member of the Constituent Assembly. Following the abdication of Michael Alexandrovich, the Romanov Family, in line with laws they themselves had issued, lost their claim to the Russian throne.

On March 4, 1917, both abdication proclamations – Nicholas's and Michael Alexandrovich's – were published at the same time. Power in Russia passed to the Provisional Government.