Did Bernie Sanders really spend his honeymoon in the USSR? 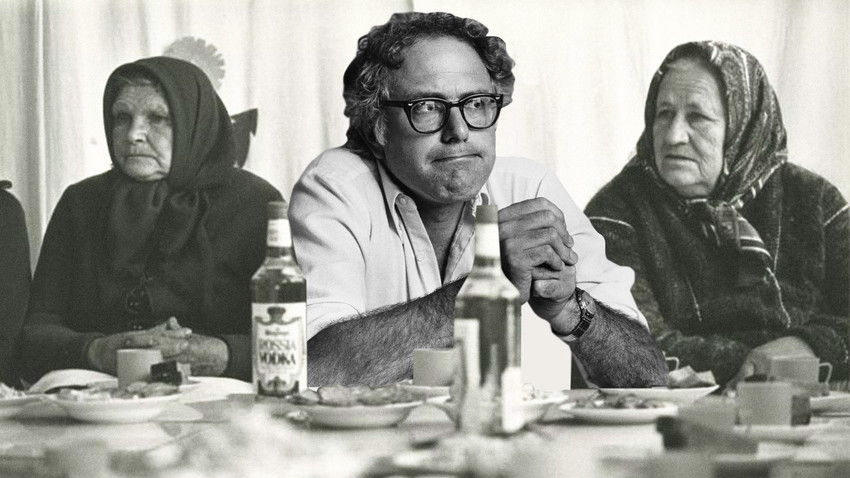 AP, russiainphoto.ru
The popular Democrat senator did indeed travel to the Soviet Union soon after his wedding in 1988 and even called the trip his “strange honeymoon.”

Bernie Sanders “liked Communism so much he honeymooned in the brutal Soviet Union,” former New York Mayor Rudy Giuliani recently tweeted about one of the front-runners of the Democrat’s presidential race.

Warren lecturing Bloomberg on not telling the truth is maybe the most ridiculous moment in this “debate”.

At least Bernie is honest about who he is: a Socialist who liked Communism so much he honeymooned in the brutal Soviet Union!

And it’s true. Senator Sanders did indeed travel to the USSR shortly after his wedding in 1988 and, as it happens, was accompanied by his new wife Jane Sanders.

During the course of the trip, Sanders was also caught shirtless on camera, sharing a festive meal with some Russians and singing passionately, albeit quite badly.

But, was it really Sander’s honeymoon?

Some believe it was and suggest the implications are grave. For example, former Governor of Wisconsin Scott Walker practically accused Sanders of collusion with Russia:

Does this shock anyone?

Bernie Sanders went on his honeymoon to the Soviet Union. As James Carville said, Bernie Sanders is a communist. pic.twitter.com/O5tAMa5jbI

In fact, Senator Sanders did previously joke about the trip, claiming it was his and his partner’s “strange honeymoon”.

Being the mayor of Burlington, Vermont, at the time of the trip, Sanders, who had earlier openly declared his socialist political views, embarked on a trip to the Soviet Union to establish a sister city relationship between the U.S.’s Burlington and Russia’s Yaroslavl. His wife, who was serving as the director of the Mayor’s Youth Office at the time, went with him, along with other officials from the Mayor’s office.

These were the final years of the Cold War and tensions between the U.S. and the USSR were not as acute as they were at the height of that global ideological confrontation, though a sense of wariness must have remained between the countries.

Although Sander’s trip to the USSR did not trigger any remarkable changes in the course of the Cold War, it was, nonetheless, a step on the way to normalisation of bilateral relationships between the two global powers.

As a result of Sander’s trip, a sister city relationship was established between Burlington and Yaroslavl in 1988. As a result, numerous exchanges between the two cities involving politicians, business representatives, musicians, firefighters, students, librarians, etc. occured. Some Russian students even attended the Champlain College, while an English-speaking room appeared in the Yaroslavl city library.

In a press conference held after the trip, Sanders praised the Moscow Metro system and various Soviet art programs. Honeymoon or not, Sanders seemed happy about the trip he and his wife took back in 1988, which earned him the nickname “Bolshevik Bernie” by some critics.

Click here to read about the beloved rituals of Vladimir Putin.