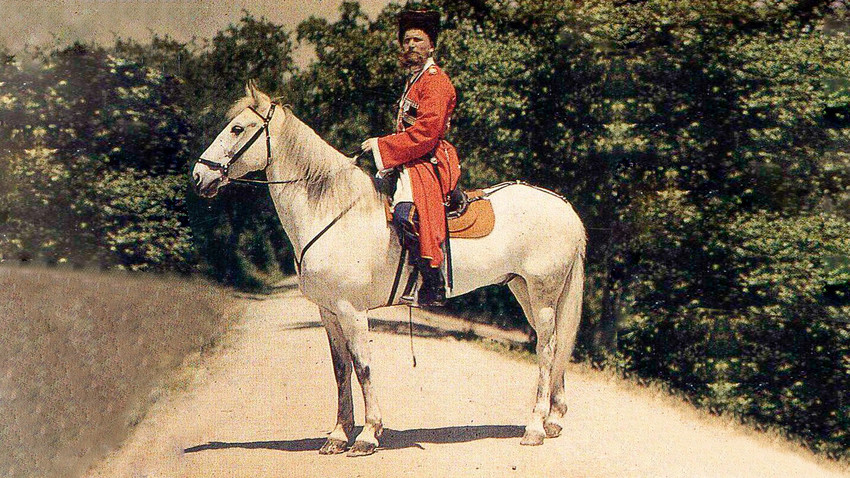 Public domain
A "Cossack" venture to seize French territory in Africa in the late 19th century spooked and angered not only Paris, but St Petersburg too.

In January 1889, the bewildered French watched open-mouthed as a detachment of what appeared to be Russian Cossacks landed on the coast of the Gulf of Tadjoura, which they considered their own. Without declaring war, the new arrivals calmly took over the territory and declared it part of the Russian Empire.

Ataman of the mythical Cossacks

How did a band of Cossacks get to faraway Africa in the first place? After all, Russia had no presence there at the time. It was all thanks to the “ataman of the free Cossacks” Nikolai Ashinov.

Ashinov was a truly extraordinary individual. For one thing, he was not a Cossack. The son of a peasant, he was born in 1856 in Tsaritsyn, a city on the Volga, which in less than a century would become known throughout the world as Stalingrad.

However, the backwater Tsaritsyn was too provincial for the ambitious Ashinov, who decided to head for St Petersburg, capital of the Russian Empire, in search of fame and glory.

There, the swashbuckling Ashinov posed as a Cossack chieftain — but not from the traditional Cossack regions of the Don and Kuban rivers. The Cossacks that he represented allegedly lived on the lands of Russia’s hostile neighbors: Persia and the Ottoman Empire. 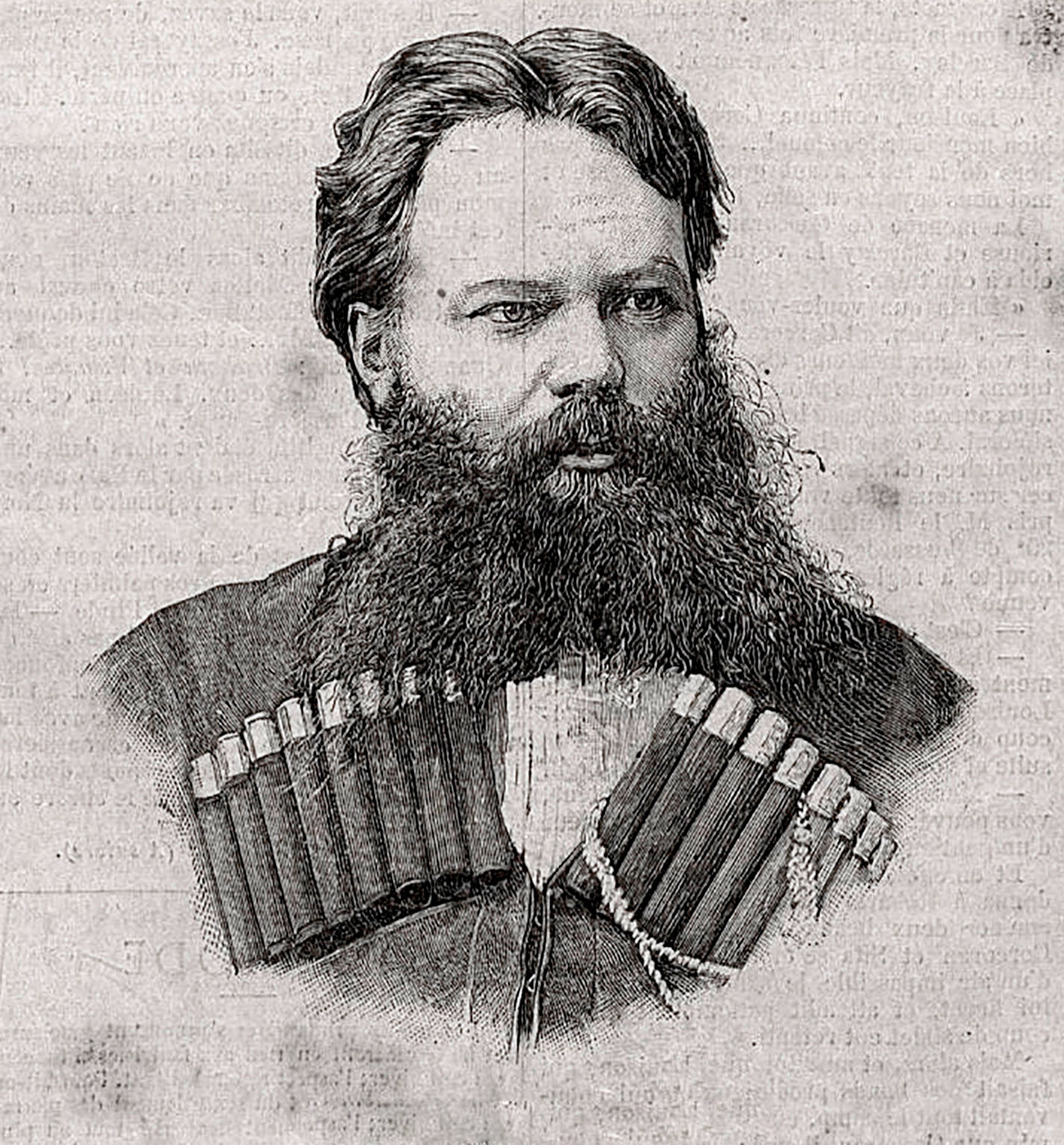 By a twist of fate, explained Ashinov, they had ended up on foreign soil in Anatolia, Kurdistan, and Turkish Armenia. But being true patriots, they were ready to return to Russia at any moment to faithfully serve their homeland and the tsar. To do so, they simply needed to be given control of the Black Sea coast in the Caucasus region, as well as financial support from the state.

Ashinov hounded the capital's influential people, demanding an audience with the emperor himself, Alexander III. He even claimed to be in talks with the British, threatening to offer his Cossack services to the "Mistress of the Seas" instead.

Although most saw through the scam, a number of powerful individuals believed his story. Having gained their trust, he proposed a far more ambitious plan than simply controlling the Black Sea coast. Ashinov turned his gaze to Africa.

The "ataman of the Free Cossacks" suggested that Russia should establish a presence in Abyssinia (Ethiopia). This ancient Christian country, forever defending its independence against Muslim neighbors and Western colonialists, enjoyed the sympathy of Russian society. There was also the entirely practical matter of setting up a Russian naval base on the Red Sea coast. 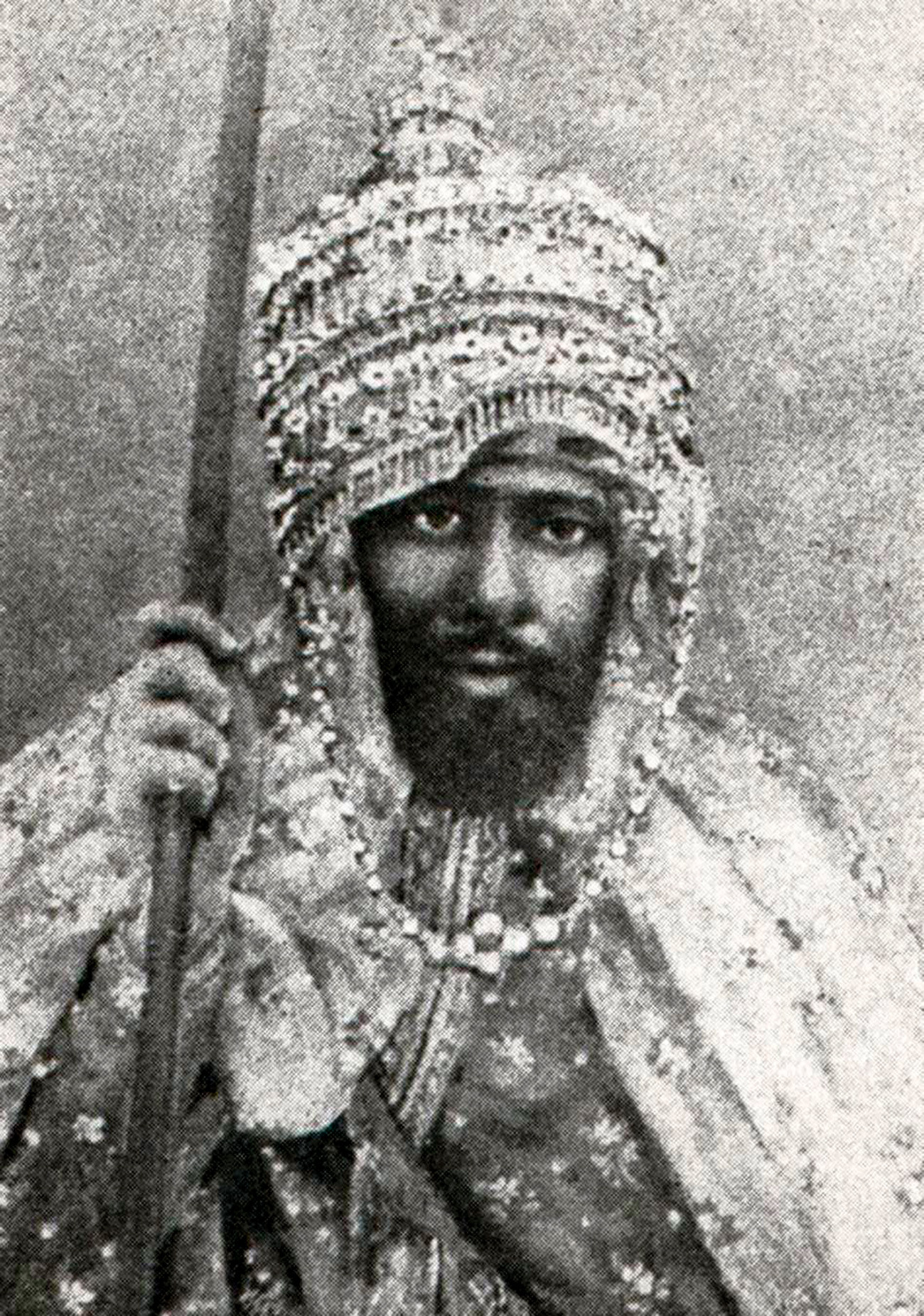 Nikolai Ashinov traveled to Africa in early 1888 to sound out the situation and, as he claimed, to establish useful contacts with local rulers, famously describing the Ethiopian emperor, Yohannis IV, as "our friend the Tsar of Abyssinia."

“[Ashinov] is, of course, is an adventurist, but right now he is the only Russian who has penetrated Abyssinia [...] By all accounts, this can be of considerable importance to us, and desperados such as Ashinov are a convenient tool in such matters,” wrote statesman Konstantin Pobedonostsev.

In the end, Alexander III approved the campaign to establish contacts with Abyssinia with a view to founding a Cossack settlement in the country.

The expedition was "officially unofficial," since the Russian ruler did not want to provoke an open conflict with Italy or France, who were also active in the region. If problems arose, St Petersburg would deny all knowledge of the maverick "ataman." 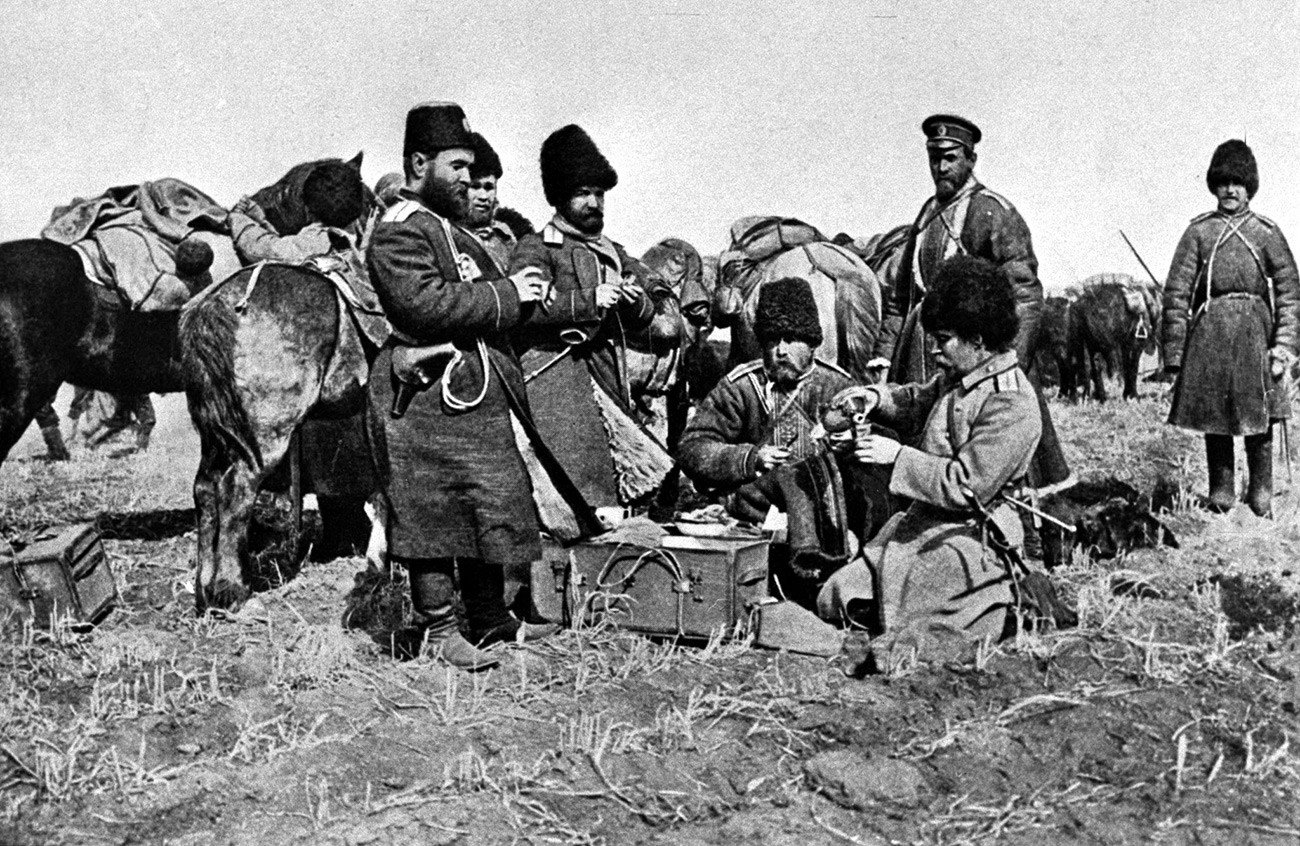 When in December 1888 the “Cossack” army set off on its quest, it contained not a single Cossack. All 150 people had been randomly recruited by Ashinov in Odessa. Some had even brought families along for the ride. The mission also included a few priests, who were keen to establish ties with African Christians.

Since Russian warships could not show up in the Red Sea without causing a diplomatic incident, Ashinov’s party traveled in secret aboard a chartered foreign vessel. Finally, on Jan. 7, 1889, the Austrian ship Amphitrida with the “Cossacks” on board anchored in the Gulf of Tadjoura off the coast of the future Djibouti.

Nikolai Ashinov quickly found common ground with the local "sultans," whose entire property consisted of a few fenced-off huts. They provided him with the deserted Egyptian fort of Sagallo with a spacious territory on which to set up camp.

The “Cossacks” quickly settled in, and soon the Russian flag was fluttering over the fort. Ashinov baptized the land as the "stanitsa [Cossack settlement] of New Moscow." 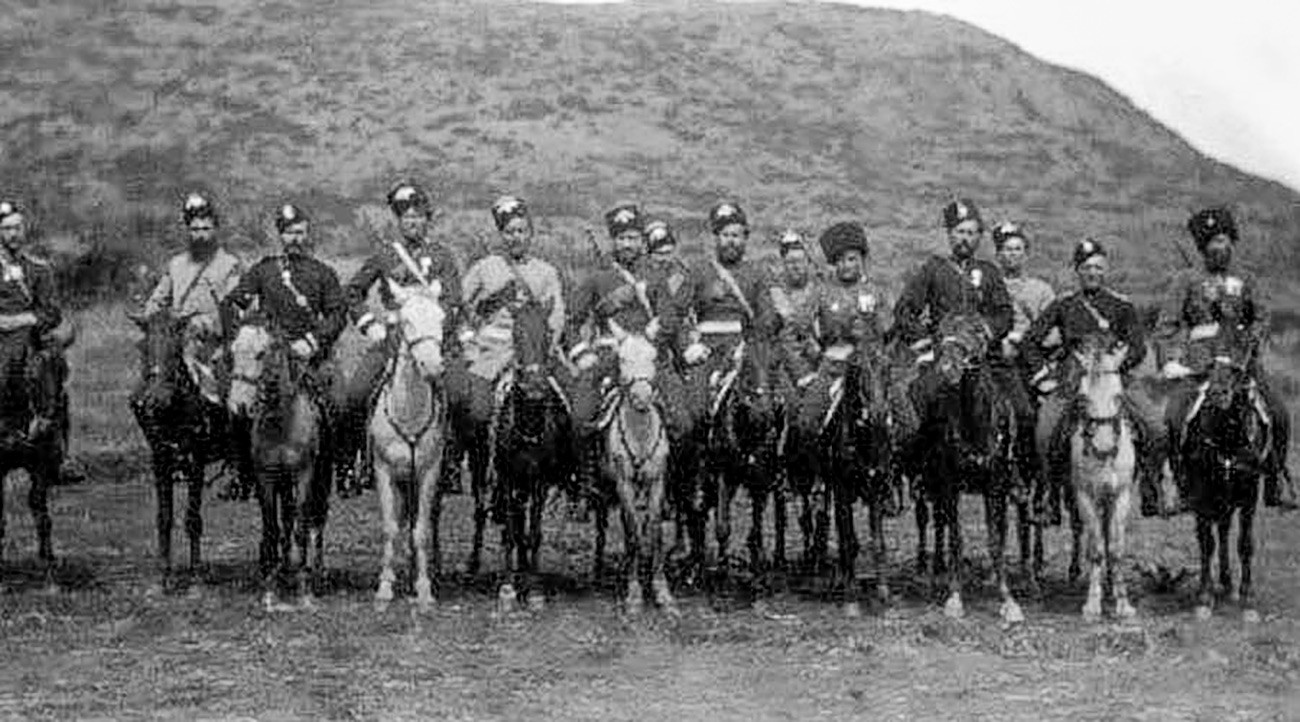 However, the peaceful life of the Russian colony didn't last long. The domains of the local “sultans” where the “ataman” had disembarked were under the protectorate of France, and the fort of Sagallo had in fact been bought by the French a few years before the Russians showed up.

Why had the French allowed these uninvited newcomers to nonchalantly take over their dominion? Andrei Lunochkin, a biographer of Ashinov, suggests that the French government, aware of Russia's plans to develop ties with Abyssinia, believed that the “Cossacks” would continue their journey deep into the African continent. The French had nothing against a religious mission, even if accompanied by a large military force. Therefore, a Russian stopover in their territory on the way to Abyssinia did not seem a threat (A. Lunochkin. Ataman of the Free Cossacks Nikolai Ashinov. Volgograd, 1999)

However, Ashinov’s company loved the warm coast so much that they decided to stay. When the French realized that the Russian presence was permanent, their laissez-faire attitude changed.

End of the adventure

On Jan. 30, three French warships approached the fort. One of the officers delivered a request to Ashinov to report to the commandant of the port town of Obock (where the French regional administration was located), to lower the Russian flag, and to renounce all claims to the territory. In response, the “ataman” boldly declared: “As Russian citizens, we consider lowering the flag to anyone a humiliation.”

The behavior of the “Cossacks” alarmed not only Paris, but also St Petersburg. Angry, Alexander III gave the French carte blanche to act as they pleased. 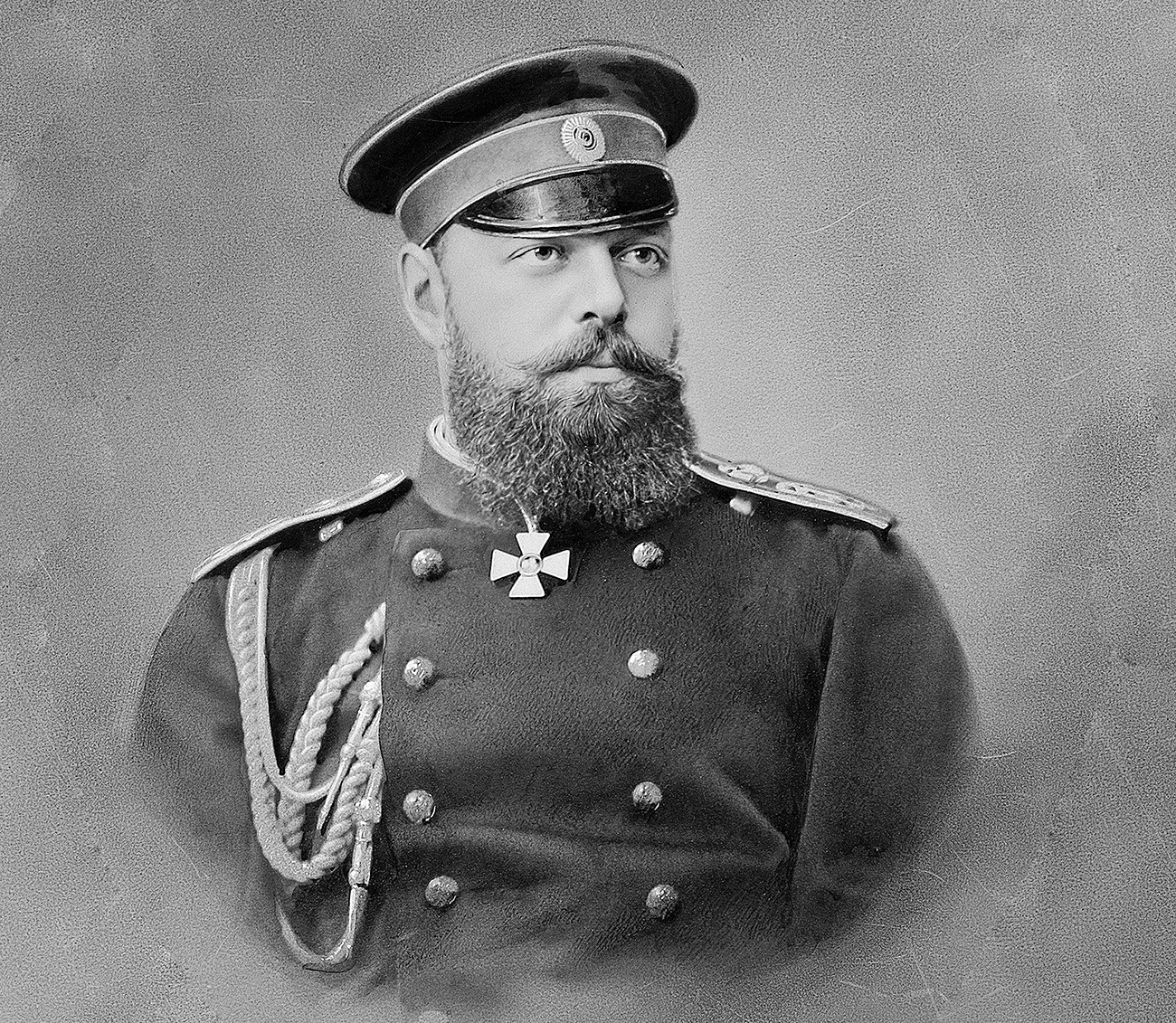 So it was that on Feb. 5 a French squadron shelled the fort, killing six: two women, three children, and just one "Cossack." The garrison soon capitulated.

Nikolai Ashinov, along with his people, were extradited to Russia and exiled for many years. The Russian leadership was irked by the incident even more than the French, and quickly repaired Franco-Russian bilateral relations.

On Feb. 12, the Russian daily newspaper Government Gazettewrote: “The Imperial Government believes that there is no reason to hold the French authorities in Obock responsible for the bloodshed in Sagallo. Responsibility for the incident lies squarely with Nikolai Ashinov, who decided to disturb the peace in a territory subordinate to a state that enjoys amicable relations with Russia.”