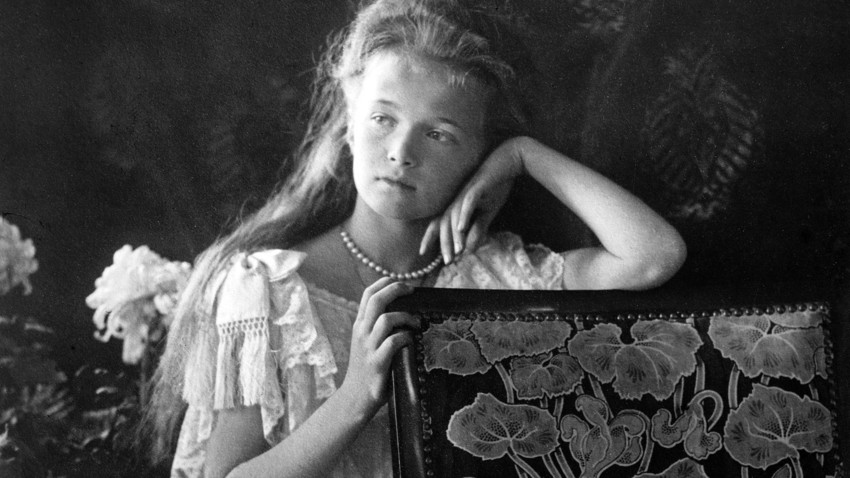 Who created the legend about Anastasia? 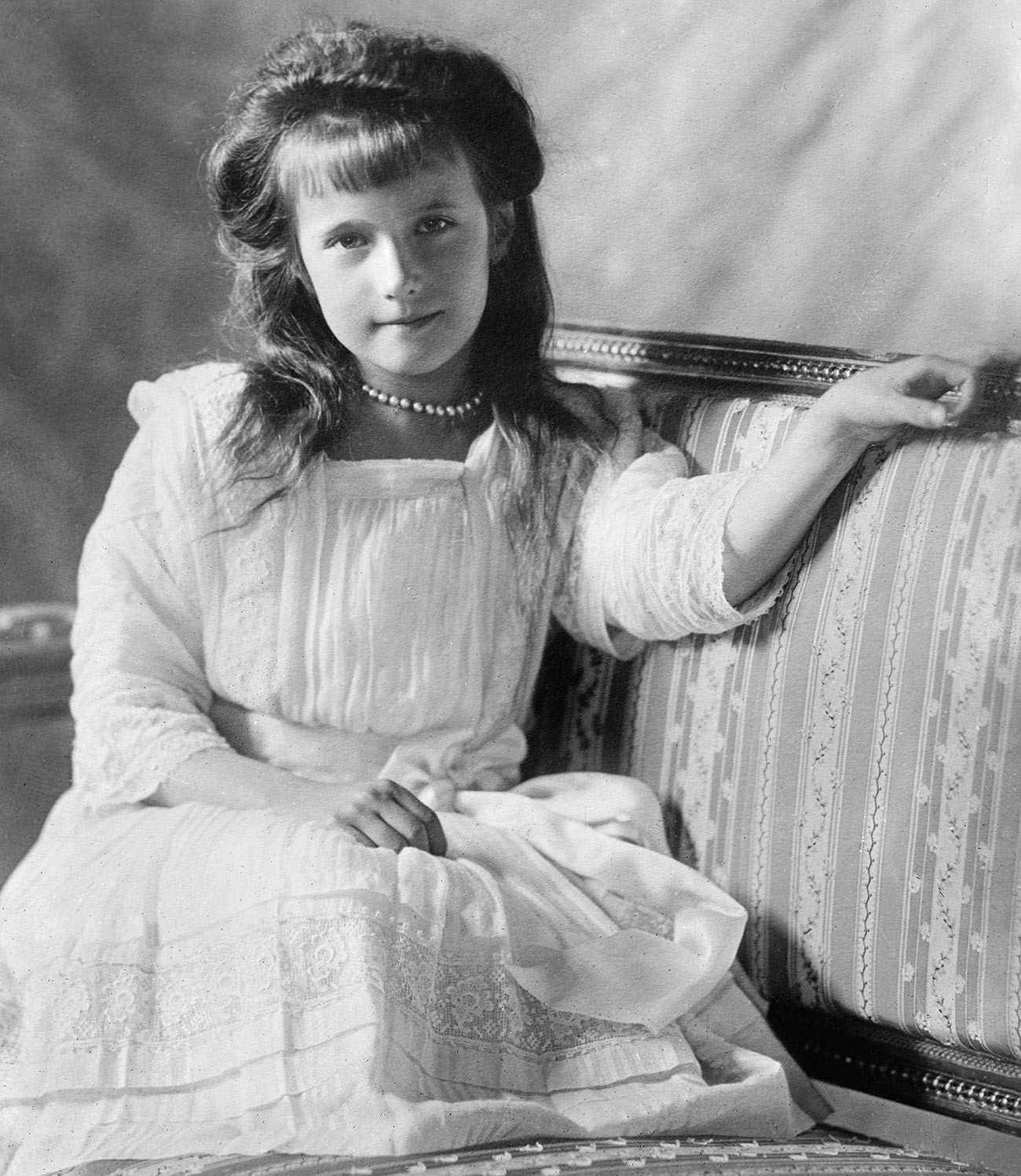 We cannot tell for sure why exactly Anastasia was “chosen” by public gossip, but probably because she was the youngest daughter of Emperor Nicholas II and Alexandra Fyodorovna – born in 1901 the fourth daughter in the family, she was only followed by Alexey, the long-awaited heir, in 1904.

There are no clear accounts or written evidence of anybody in particular creating this legend. In Russian history there have been many impostors, promoting themselves as miraculously rescued royals: there were three False Dmitrys (all of them impersonating the son of Ivan the Terrible), and Emelyan Pugachev, the Cossack revolutionary of the 1770s, who claimed he was Peter III, who had escaped murder.

What were the circumstances of Anastasia’s birth? 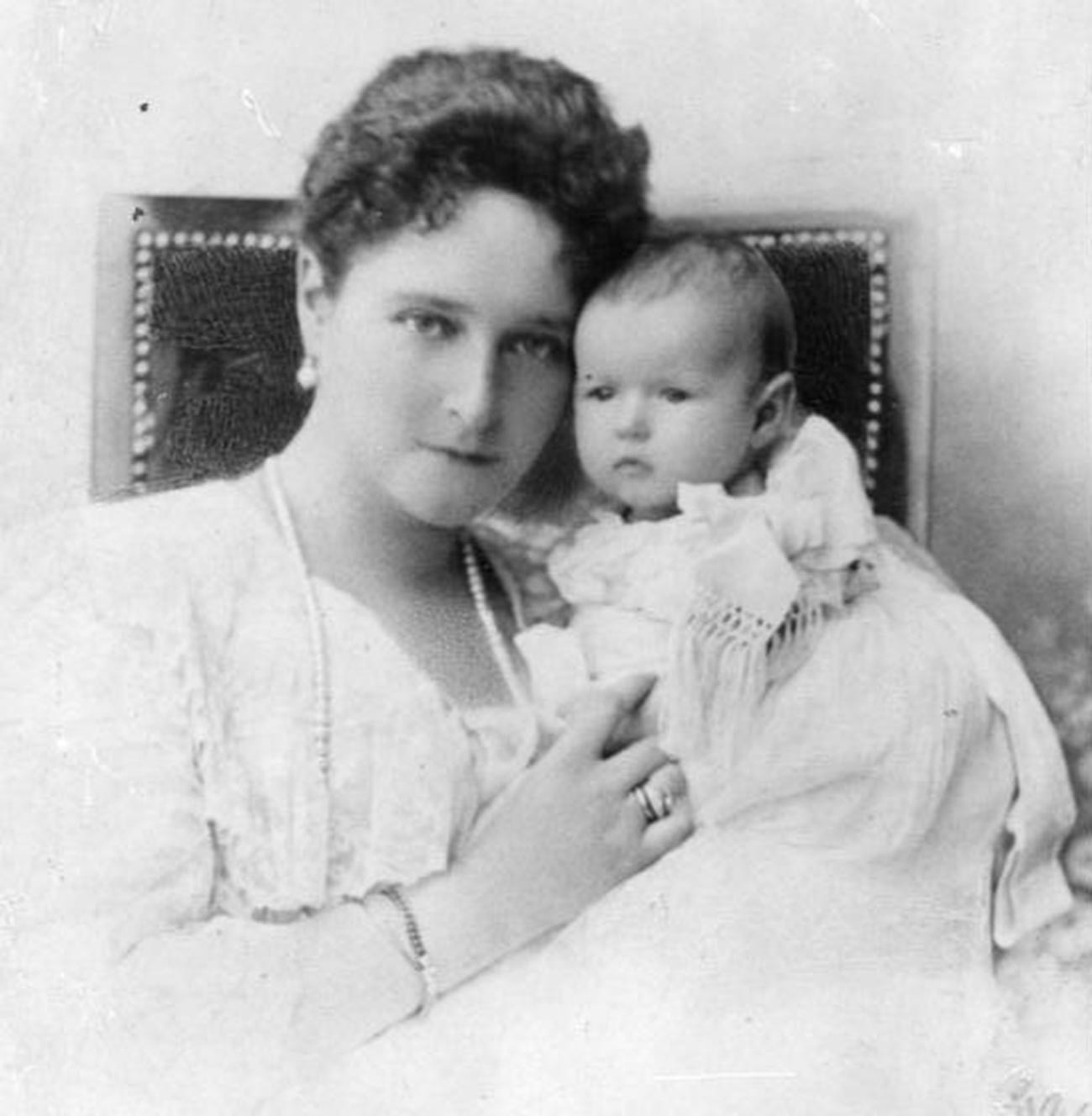 Empress Alexandra Fyodorovna with Anastasia as a toddler.

Before Anastasia was born, her mother, Empress Alexandra, was very concerned with conceiving an heir. She already had three daughters; but according to the Russian laws of succession, a Grand Duchess could inherit the throne only when all male lines of inheritance had ended. Thus, Grand Duke Mikhail Alexandrovich, Nicholas II’s younger brother, was the next in line of succession, which didn’t fit the ruling family, and Empress Alexandra in particular.

Alexandra dived deep into philistine mysticism. In 1901, a hypnotizer and charlatan named Anthelme Nizier Philippe appeared at the Russian court. Philippe’s methods were really ‘impressive’: for example, he gave as a present to Alexandra an icon with a tiny bell that would ‘alarm her when people with ill intentions would approach her.’ Philippe also “predicted” the birth of a son, and soon, Anastasia was born, to the disappointment of many people in the royal family (with the exception of her mother and father, of course). “Alix gave birth to a daughter – again!” – Maria Feodorovna, Nicholas’s mother, wrote to her daughter, and Nicholas's sister, Grand Duchess Xenia Alexandrovna.

Who was Anastasia as a person? 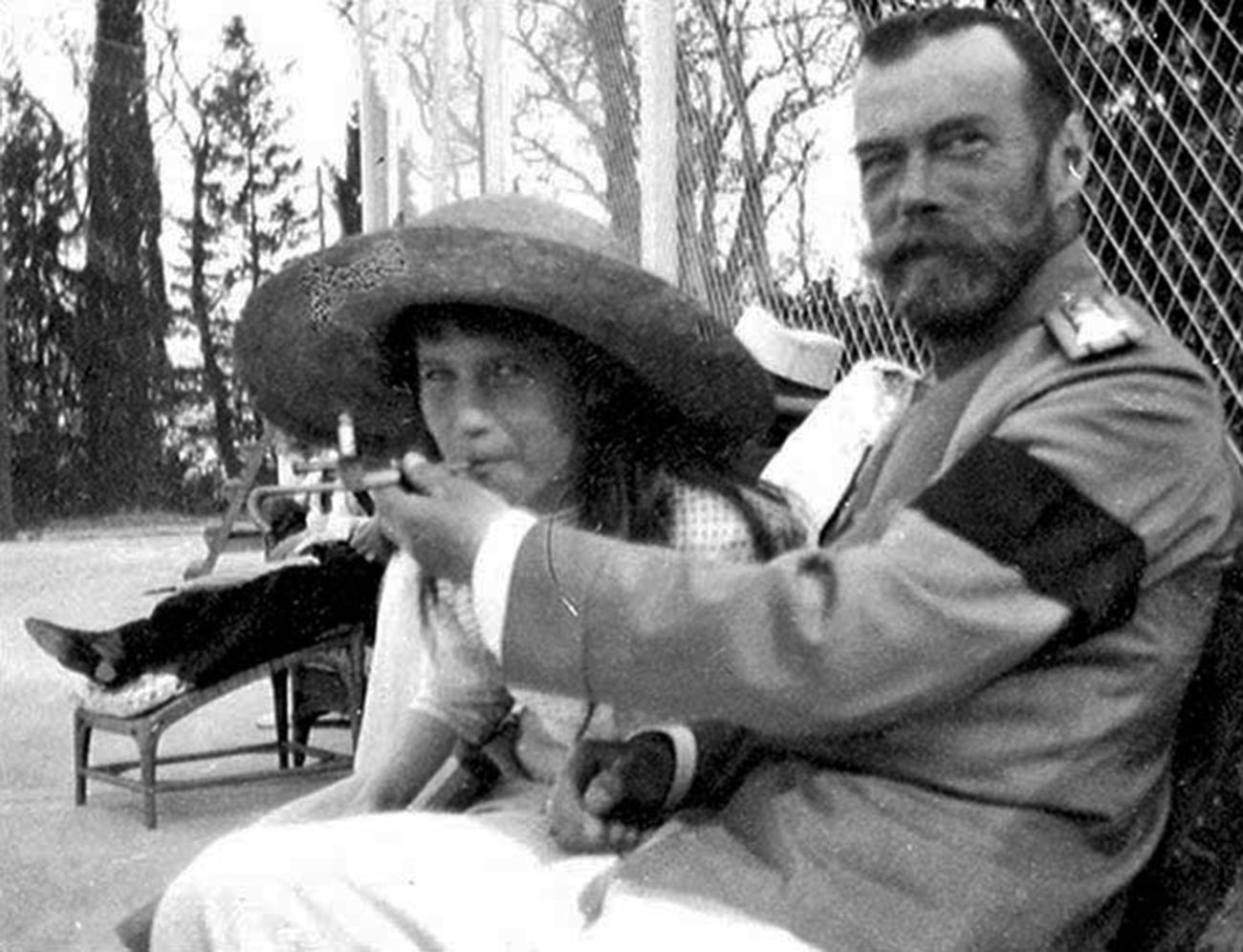 Nicholas II offers Anastasia a drag from his mouthpiece that holds a cigarette.

There is not much information about Anastasia’s private life, mainly because it wasn’t something special or much different from the lives of the other daughters of the tsar. Anastasia was formally educated at home, although she wasn’t a diligent student. She loved singing and dancing, and frequently painted watercolors. 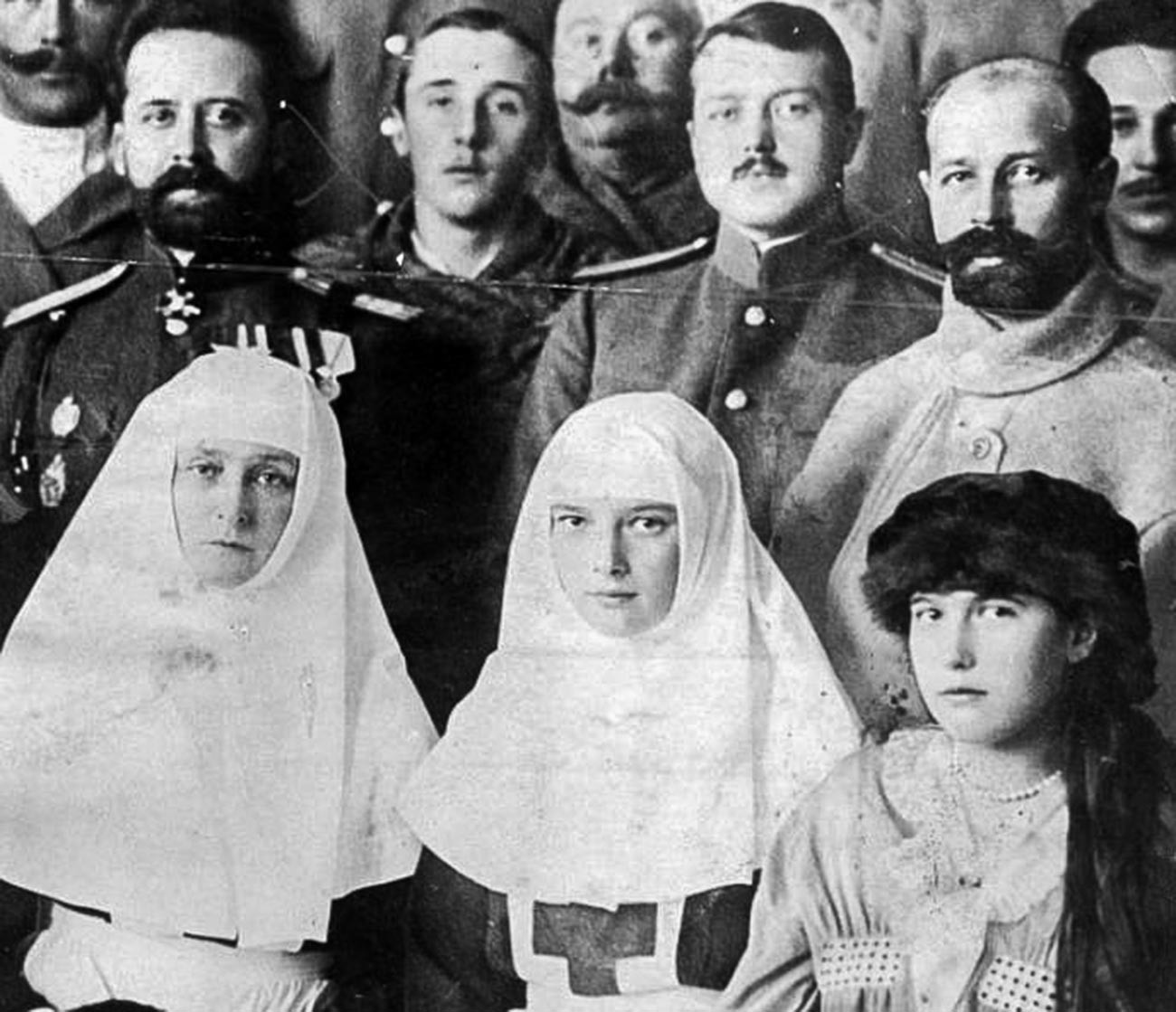 During WWI, Anastasia, just like her sisters, volunteered as a nurse right in the royal palace at Tsarskoye Selo – many of its rooms had been turned into hospital wards. 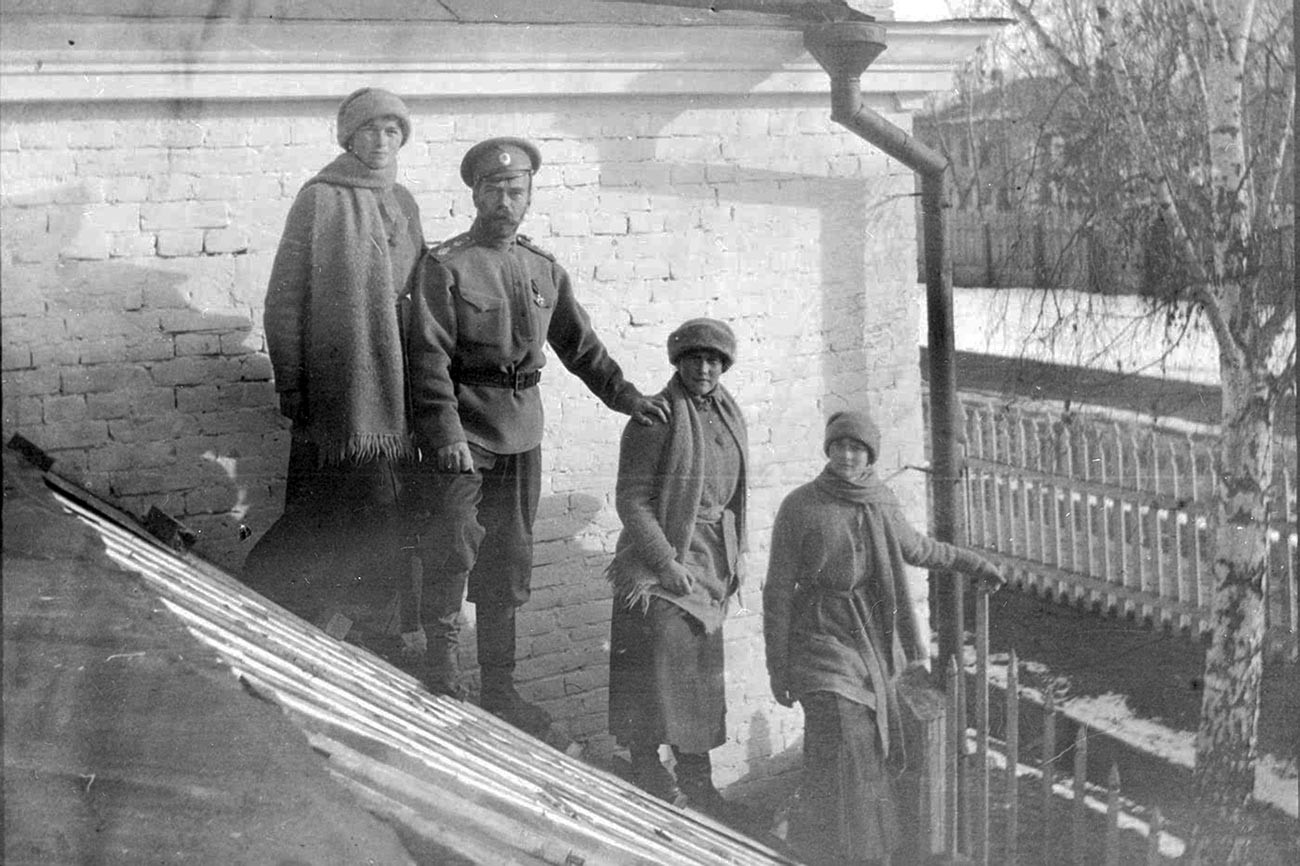 Citizen Nicholas Romanov and his daughters Olga, Anastasia and Tatiana. Tobolsk, winter of 1917-1918

After the Revolution of 1917 and Nicholas’s abdication, Nicholas and his family (including Anastasia) were taken as prisoners to Tobolsk, then to Yekaterinburg, where on June 18, 1918, Anastasia celebrated her last birthday.

What were the circumstances of Anastasia’s death? 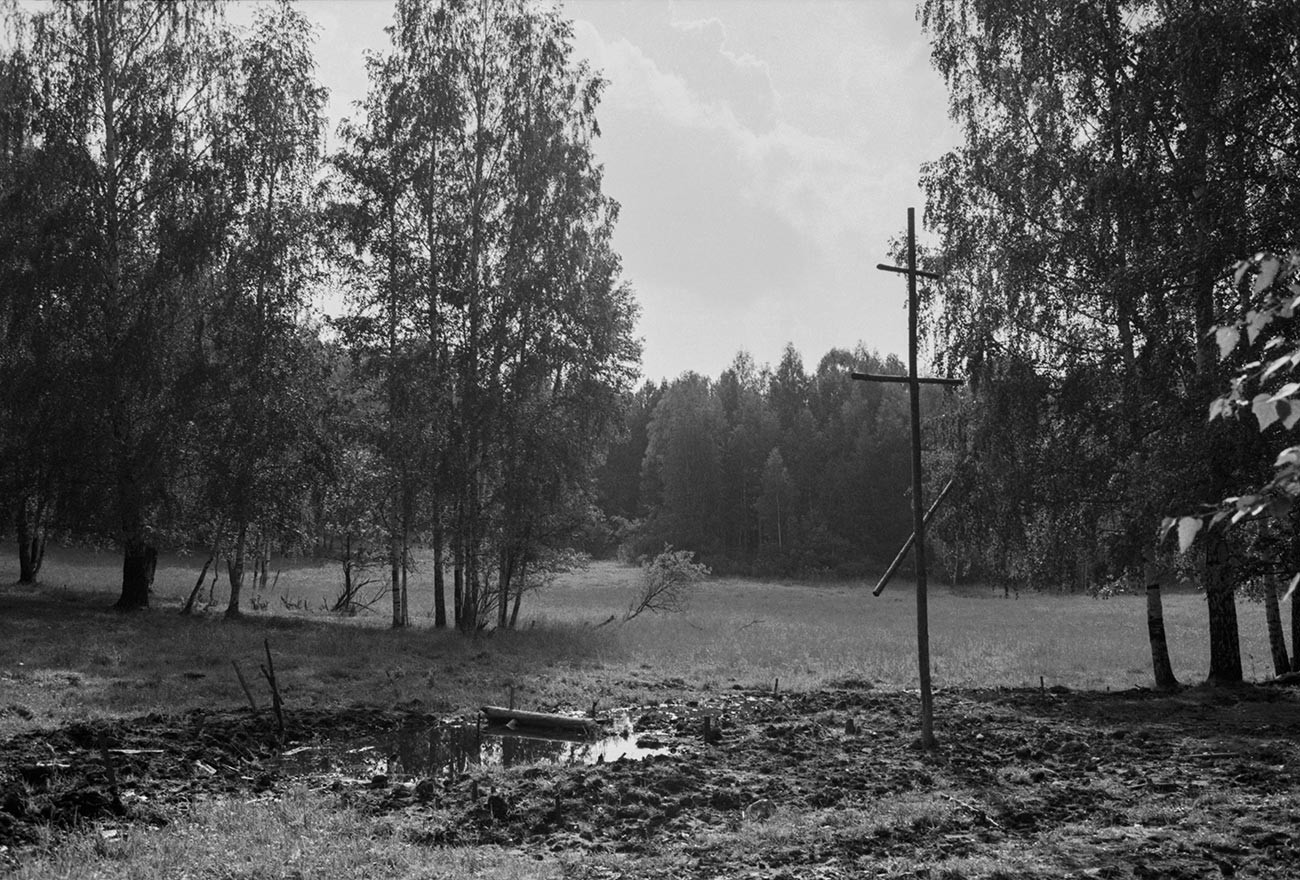 Ganina Yama (Ganin Pit), a place near the Four Brothers mine, where the first burial site was discovered. However, the bodies of the Romanovs were elswhere.

Anastasia and her family were shot on the morning of July 17, 1918. Their bodies were taken to the Four Brothers mine near the village of Koptyaki, 10 miles north of Yekaterinburg. There, the bodies were burned with sulfuric acid, so they couldn’t be identified, and thrown into the Ganina Yama (Ganin Pit). The next night, Yakov Yurovsky, the principal man in charge of the execution, and his aides returned to the site to move some of the bodies to another place. This was done in order to confuse any search for the royal family’s remains – the body count wouldn’t fit.

When were Anastasia’s remains discovered? 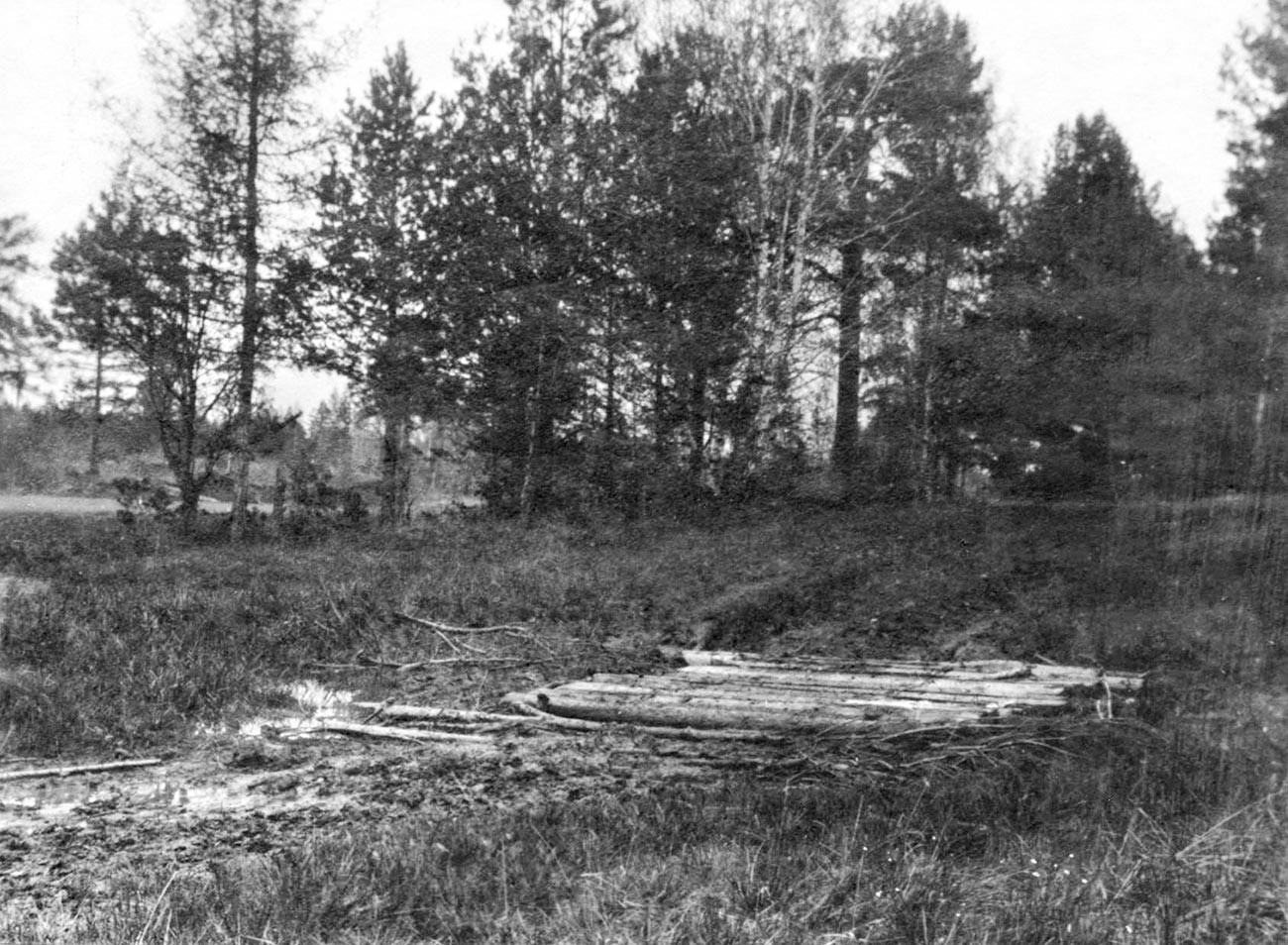 The Porosenkov Ravine. The gravesite of Nicholas II, his family, and servants on Koptyaki Road beneath boles and railroad ties.

The remains of Nicholas, Alexandra, and their three daughters were first discovered in 1979 in Porosyonkov log (Piglet Ravine), four and a half miles from Ganina Yama, but kept secret until the USSR collapsed. Further investigations in 1991 showed that the remains of Tsarevich Alexey and a girl (Grand Duchess Maria Nikolaevna) were missing from the site. In 2007, they were discovered in another pit near the Porosyonkov log. In 2008, genetic expertise proved the newly found remains to be those of Alexey and Maria. Further research in 2019 conducted by the Investigative Committee of Russia confirmed the results. They were also approved by a disinterested party –  Michael Coble of the Armed Forces DNA Identification Laboratory in Rockville, Maryland.

How many women posed as Anastasia? 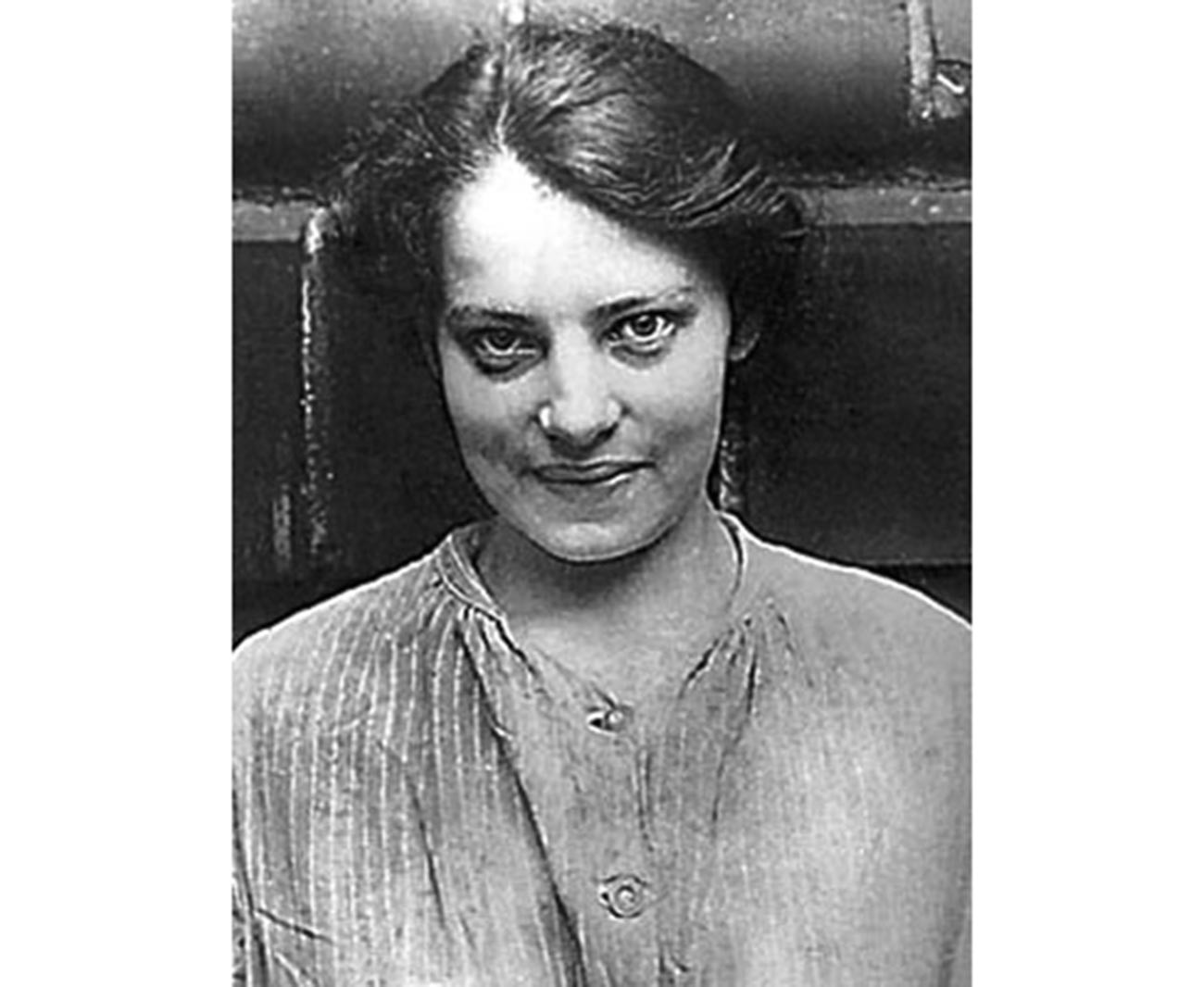 The rumors about Anastasia somehow managing to escape the shooting of the tsar’s family and survive appeared immediately after 1918 in European circles of Russian emigres. In 1920 in Berlin, a young woman was stopped by a policeman from jumping off a bridge. The woman was apparently in a state of a mental breakdown and was sent to a mental institution in Dalldorf (now Wittenau, in Reinickendorf). Within two years she was telling people that she was Grand Duchess Anastasia. You can read more about Anna Anderson and another Anastasia’s impostor here in our article. 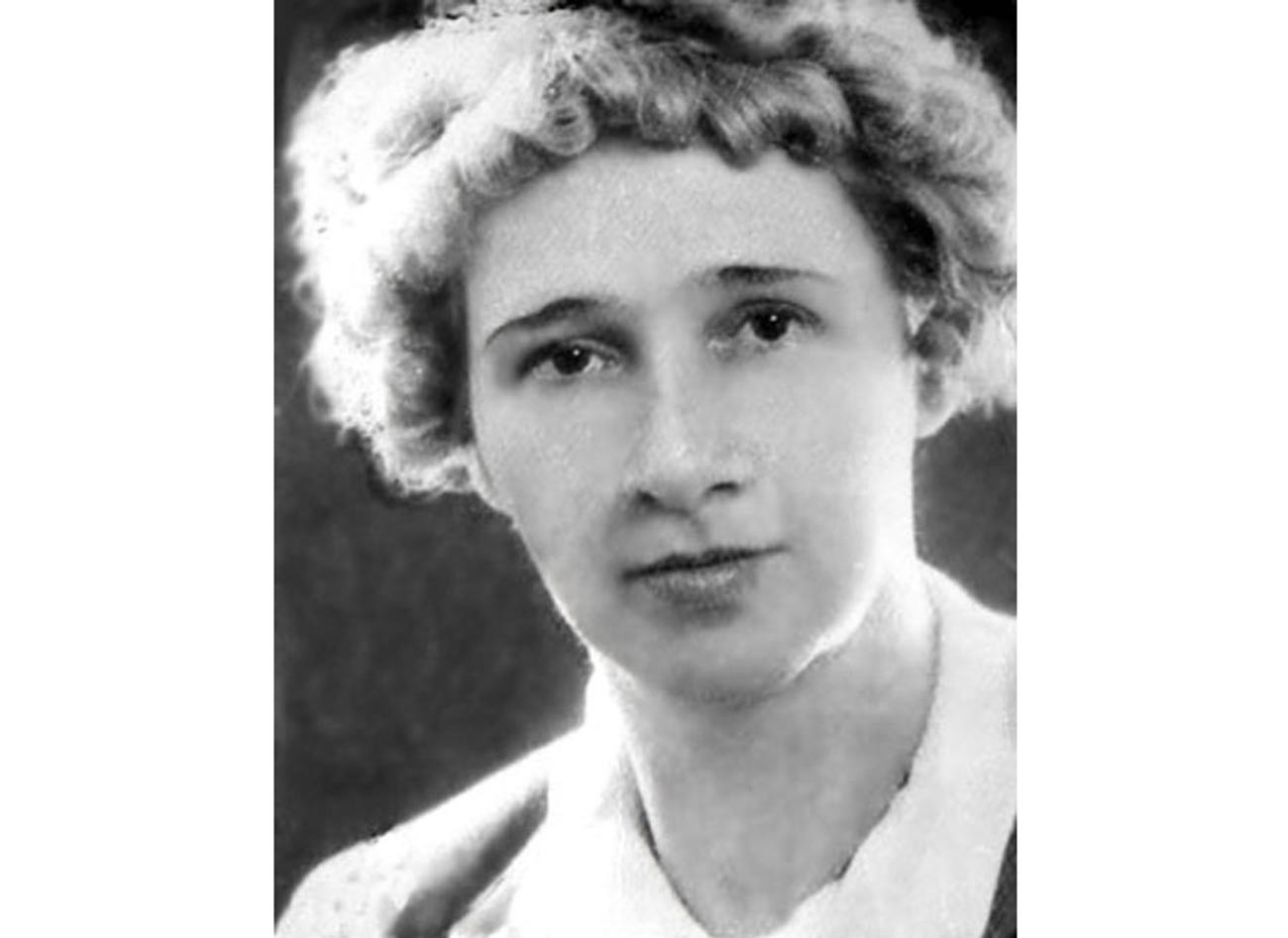 Other famous fake Anastasias include: Eleonora Krueger (1901-1954), who posed as the Grand Duchess in a Bulgarian village; Nadezhda Vasilyeva (?-1971), a mentally ill woman who spent years in mental institutions and prisons in the USSR and eventually starved herself to death in a prison psychiatric hospital on Sviyazhsk island, now Tatarstan, Russia; Natalya Belikhodze, a Georgian woman who “revealed” herself to be Anastasia Romanov in 1995. She died in 2000 and was considered to be the last fake Anastasia. 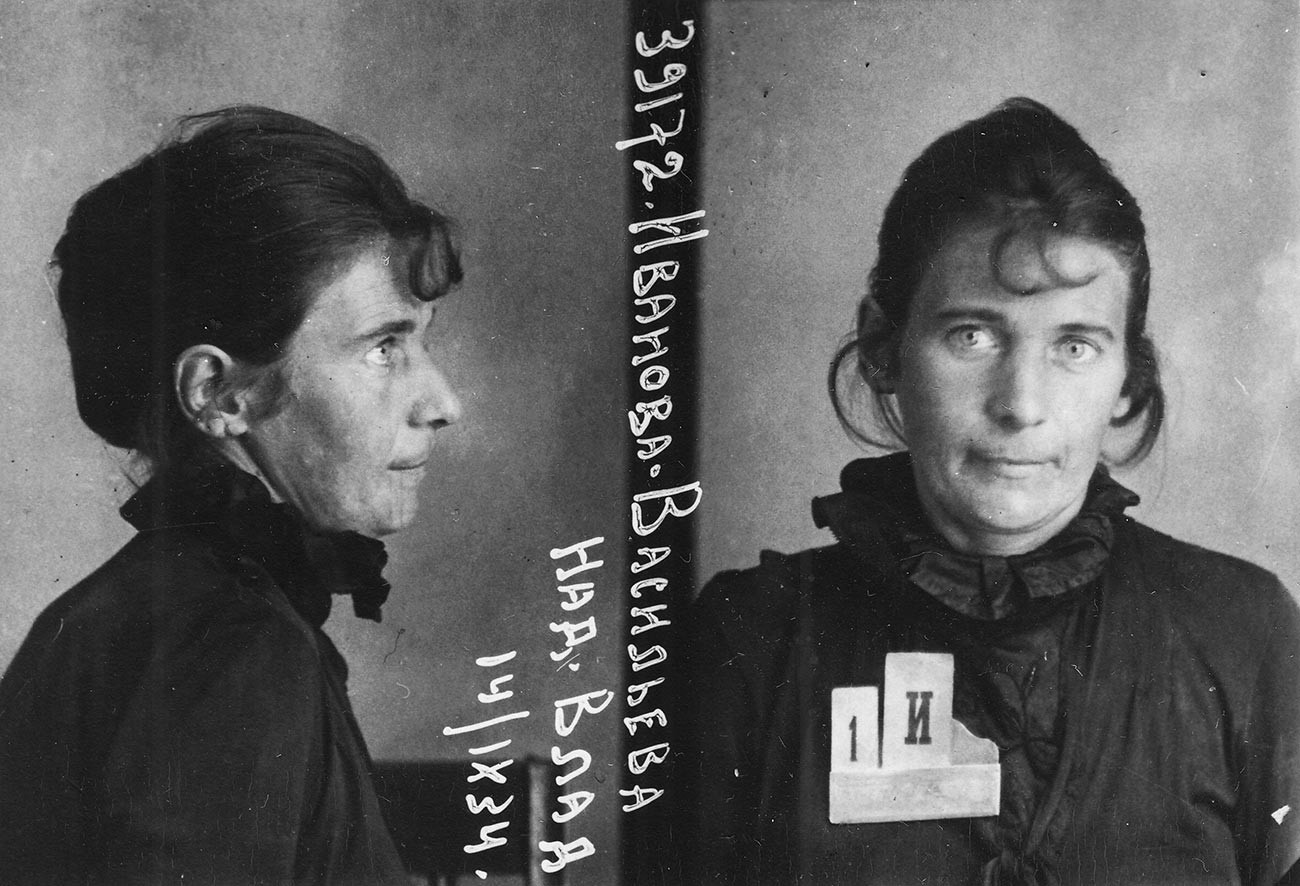