How the USSR pulled its troops from Eastern Europe 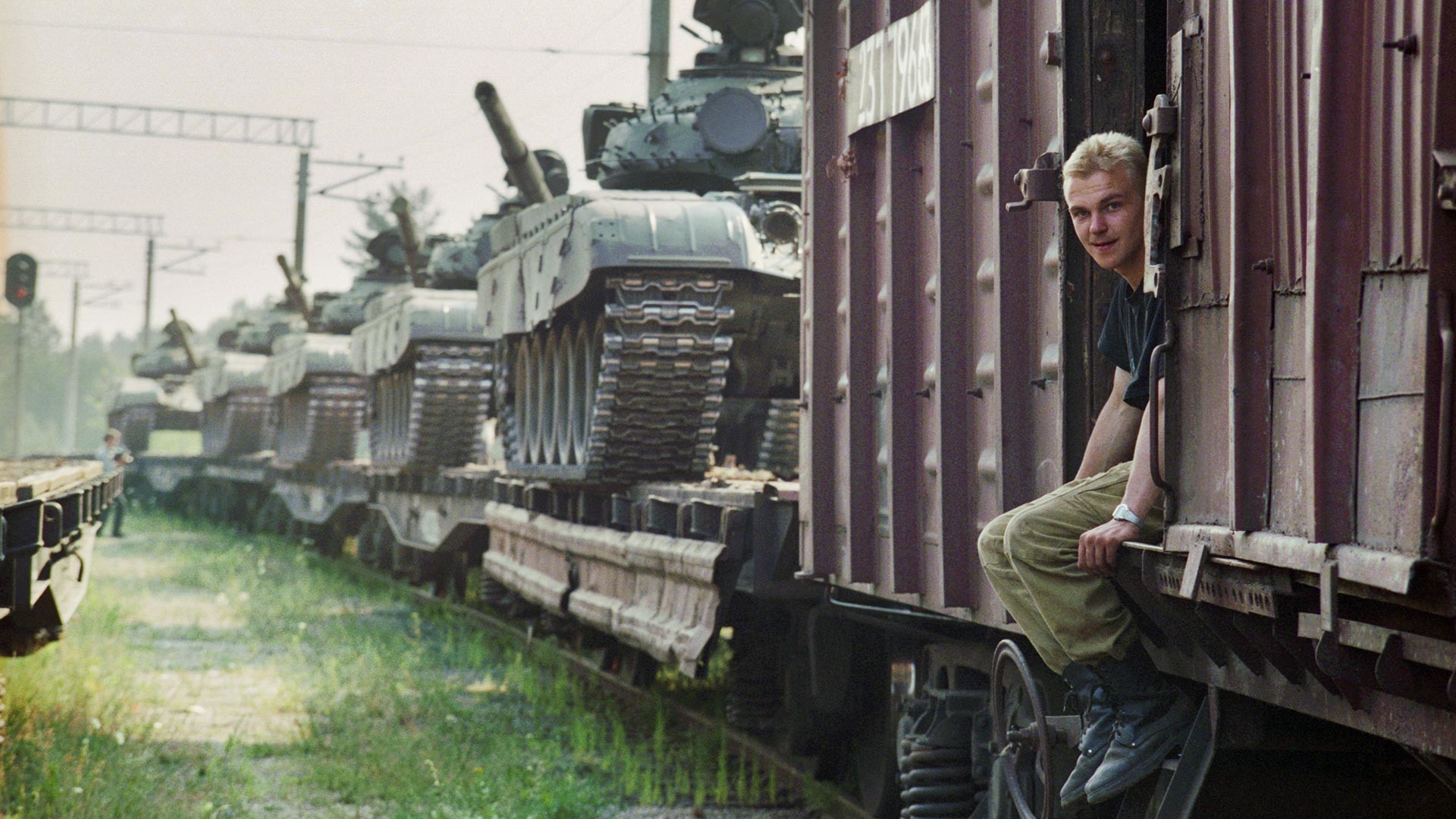 Anatoly Morkovkin/TASS
The Soviet troops’ withdrawal from Germany was the largest ever peacetime military operation.

The military contingents that the USSR had in Eastern Europe in the late 1980s were truly impressive. On the territory of the DDR, Hungary, Poland, and Czechoslovakia, it had about half a million soldiers (not counting the hundreds of thousands of civilian personnel), over 9,000 tanks, 5,800 artillery pieces, 12,000 combat vehicles, 1,700 military aircraft, 700 helicopters, as well as tactical missile systems. 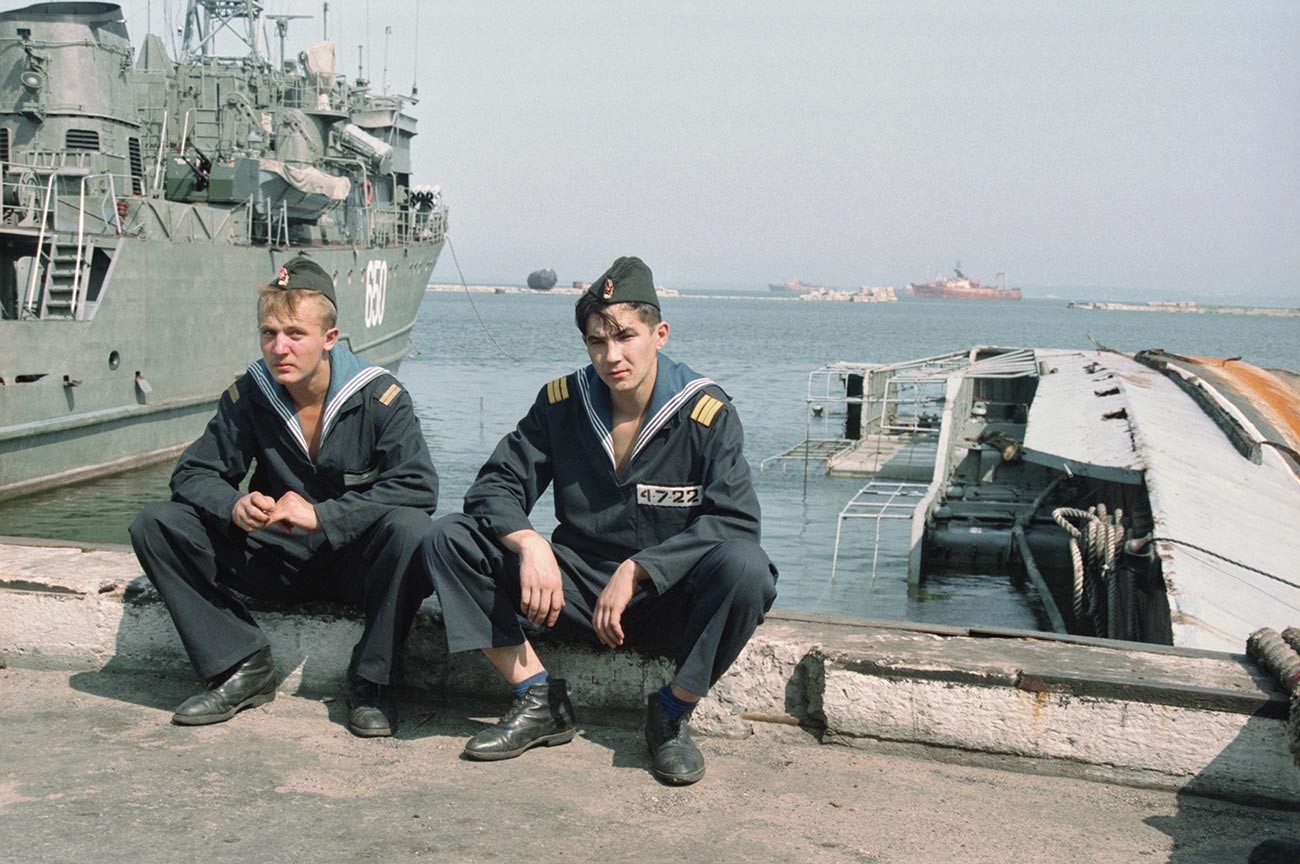 The fundamental changes that were taking place in the political life within the Soviet Union, and later in the newly independent East European states, too, disrupted the established system of relations between Moscow and its Warsaw Treaty allies, putting into question the very existence of “the Soviet NATO”. 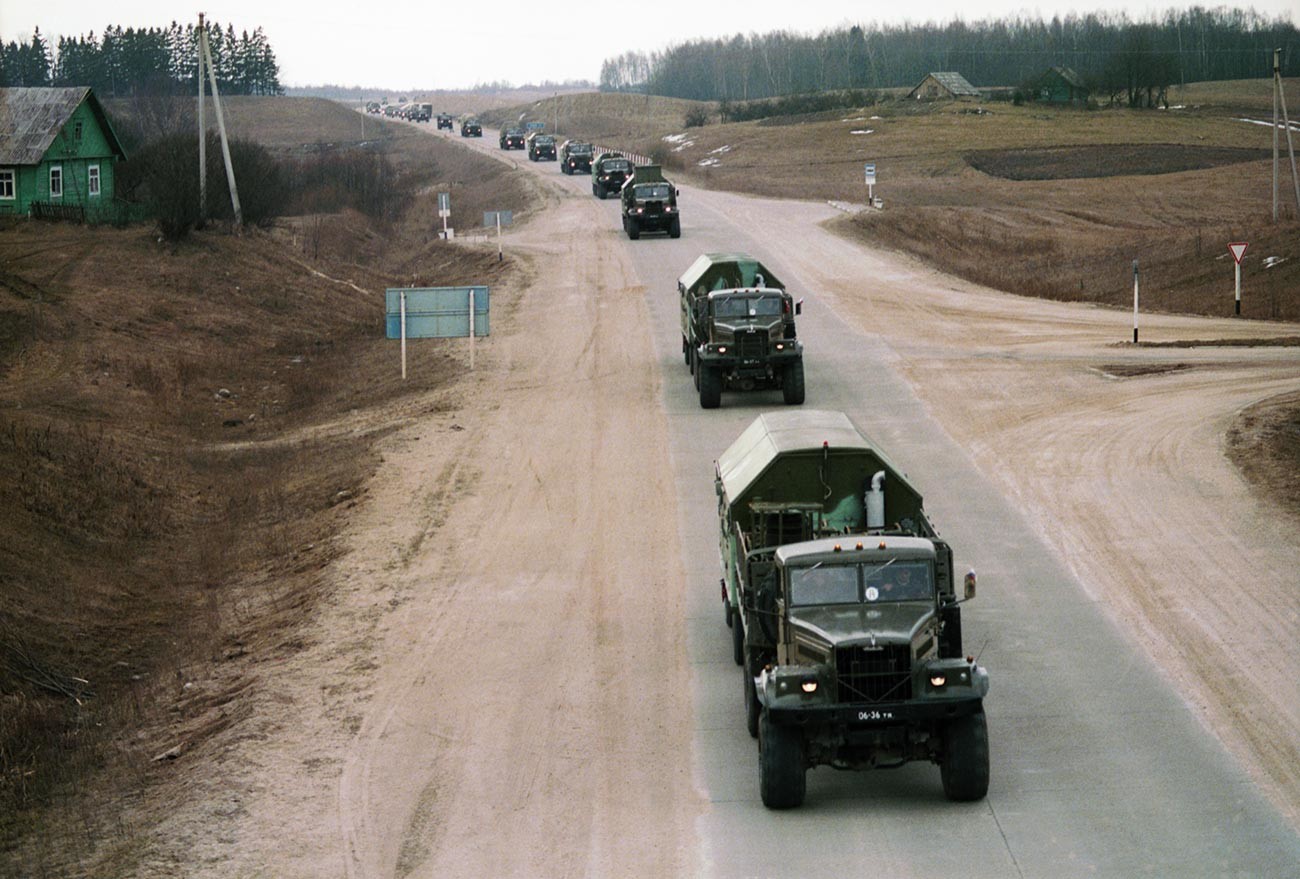 The Soviet leadership, acting in the spirit of perestroika and a policy of disarmament and rapprochement with the West, heeded the requests of its – at the time still - partners in the Eastern Bloc to withdraw its troops from their territories. As a result, in 1989-1990, the USSR discussed and agreed with each individual country how, when and over how long this process would take. 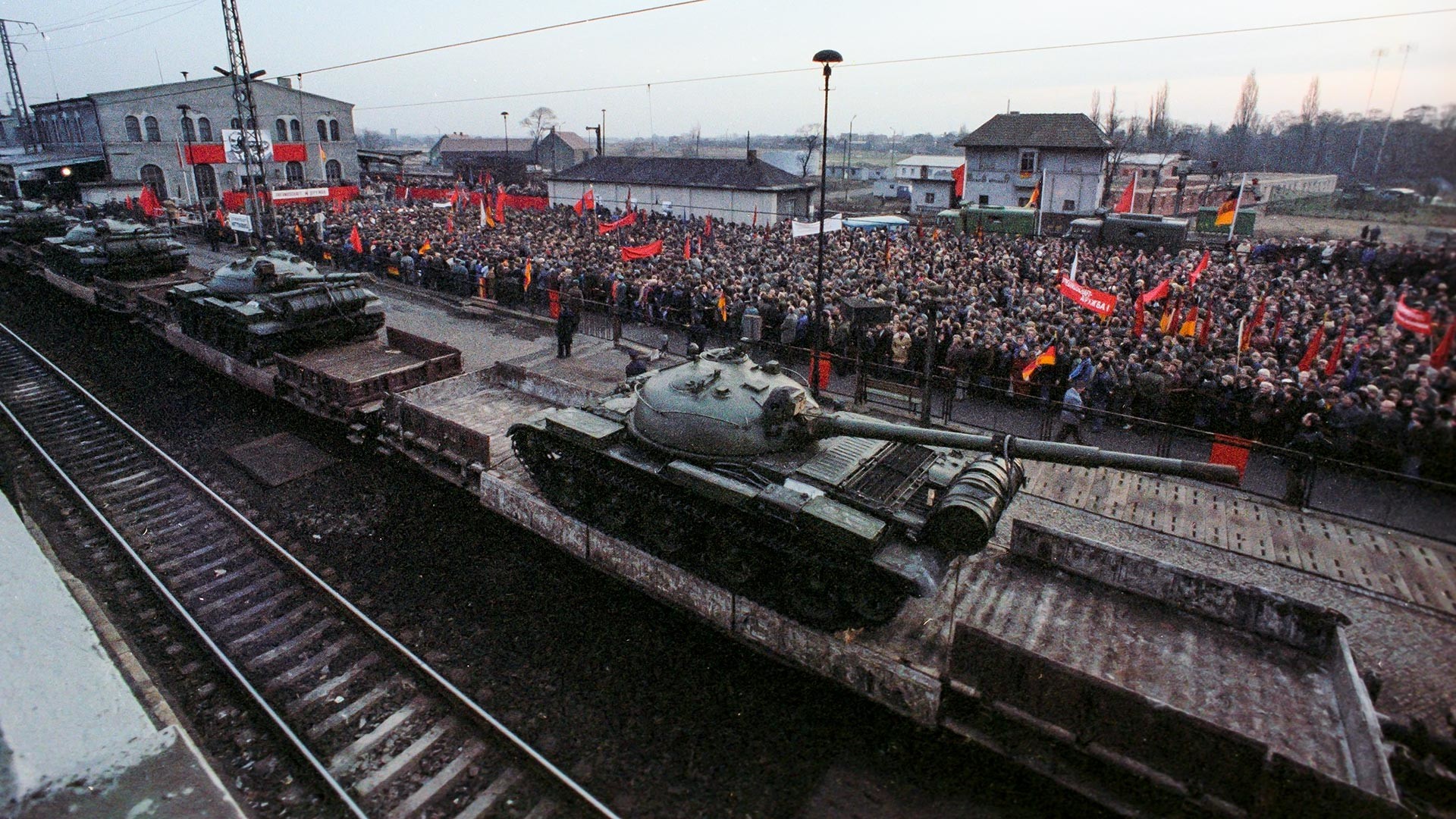 The first units of the Southern Group of Forces (totaling 70,000 troops) began to leave Hungary in June 1989. “The Southern Group was easy to withdraw,” its commander Colonel-General Matvey Burlakov recalled. “The Soviet Union was still there. Ukraine was not far, we just had to get to the border, and beyond it was home. The soldiers, of course, were eager to get home. Serving in the Soviet Union was easier than in Hungary. We practically didn’t let them out of the compounds. They would just be allowed to go on a trip to Budapest and then return straight back to the barracks. We could not let them out. We were afraid of the Hungarians, besides, our soldiers could get into some scrapes, too." 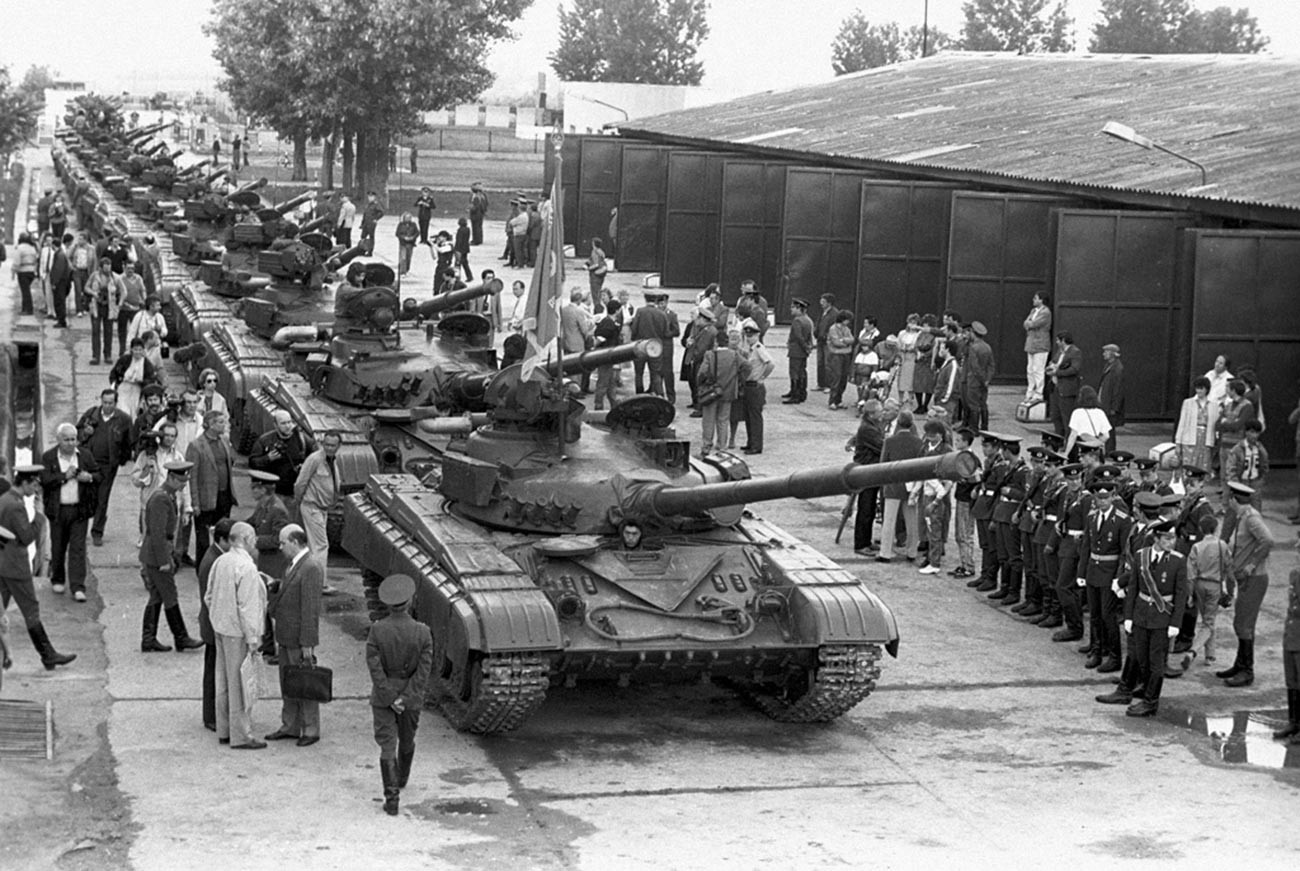 The withdrawal of the Central Group of Forces (92,000 soldiers) from Czechoslovakia began on February 26, 1990, and went through three stages over a period of 18 months. When the first echelons of Soviet tanks set off from the town of Frenstat in Northern Moravia on their way back to the USSR, there were hundreds of journalists from around the world gathered there. “They thought the Czechs would shower ‘the occupiers’ with curses and throw rotten tomatoes at them,” recalled retired colonel of the Czechoslovak Army Stanislav Pogorzel. “Instead, there was a touching rally, with a band, flowers, and warm words of farewell.” 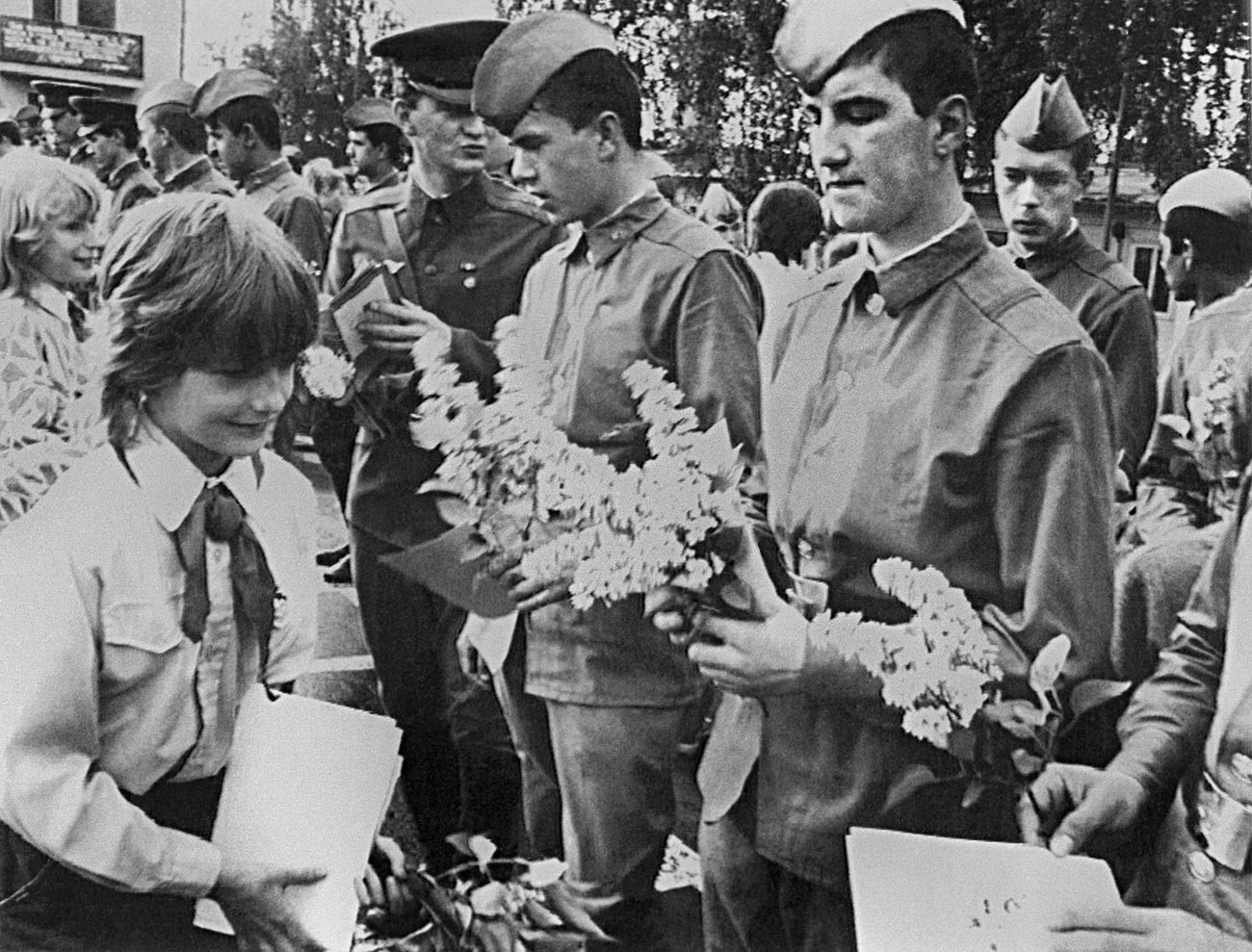 The withdrawal of the Northern Group of Forces from Poland (45,000 troops) began on April 8, 1991, and ended in September 1993. Personnel who were the last to depart were already Russian, not Soviet, servicemen. 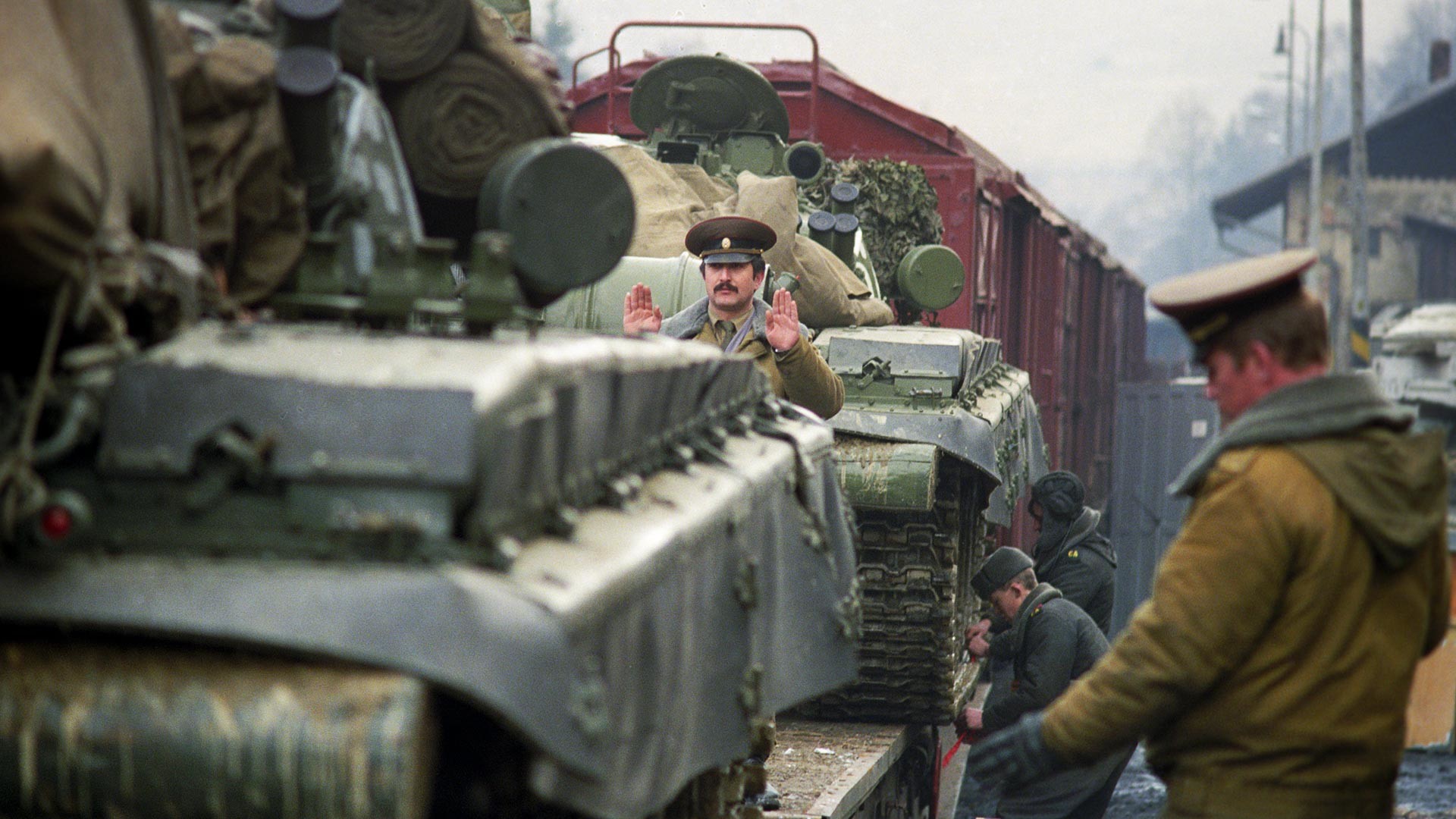 The most numerous and best armed Soviet group of forces in Europe was the Western one, stationed in Germany. In 1990, it consisted of, among others, more than 300,000 military personnel, 200,000 civilians, 5,000 tanks and 1,700 aircraft. The redeployment of such a huge number of personnel and hardware became the largest in history military operation carried out in peacetime. 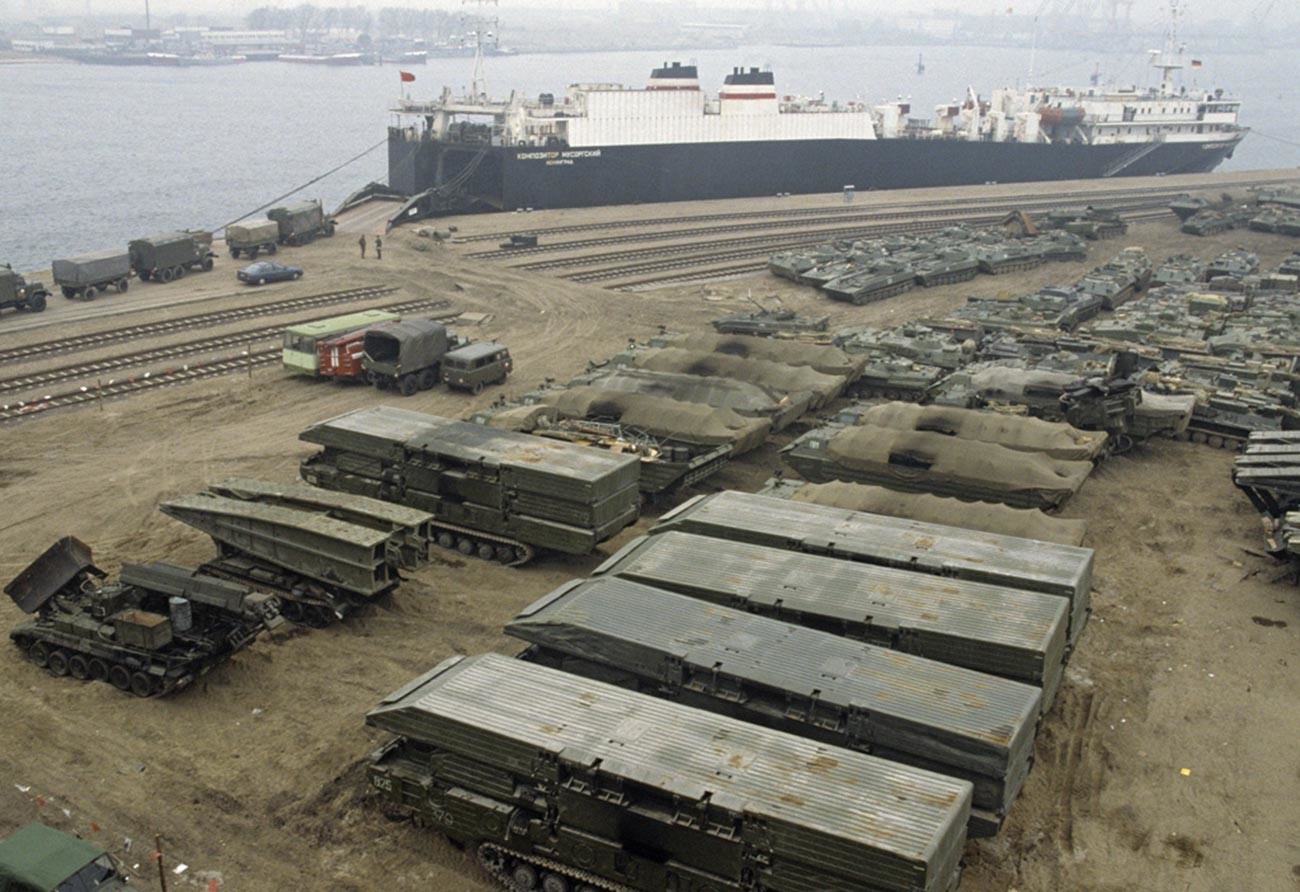 Having received the order to withdraw the troops, group commander General Boris Snetkov refused to comply with it: “I will not withdraw the group! Marshal Zhukov founded the Group of Soviet Occupation Forces in Germany, it was created by prominent military leaders and you expect me, its 15th commander-in-chief, to dissolve it?! I will not do it!” For this, he was removed from his post and replaced with Colonel-General Matvey Burlakov, who had previously headed the Southern Group of Soviet Forces. 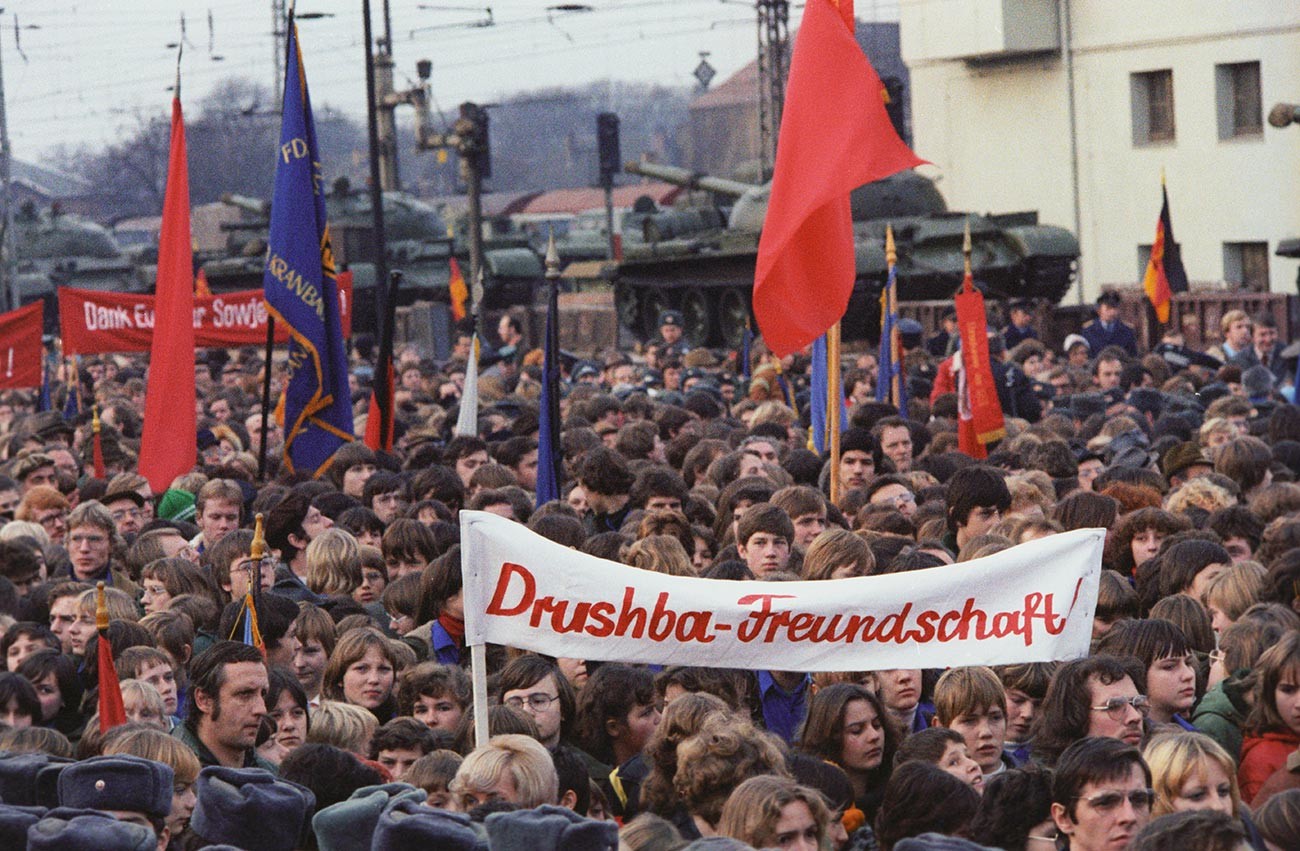 The withdrawal of Soviet troops from Germany was completed in 1994. The leadership of the two countries decided to mark the occasion, and on August 31, in the presence of Russian President Boris Yeltsin and German Chancellor Helmut Kohl, German and Russian soldiers jointly laid wreaths at the Soviet War Memorial in Treptower Park. 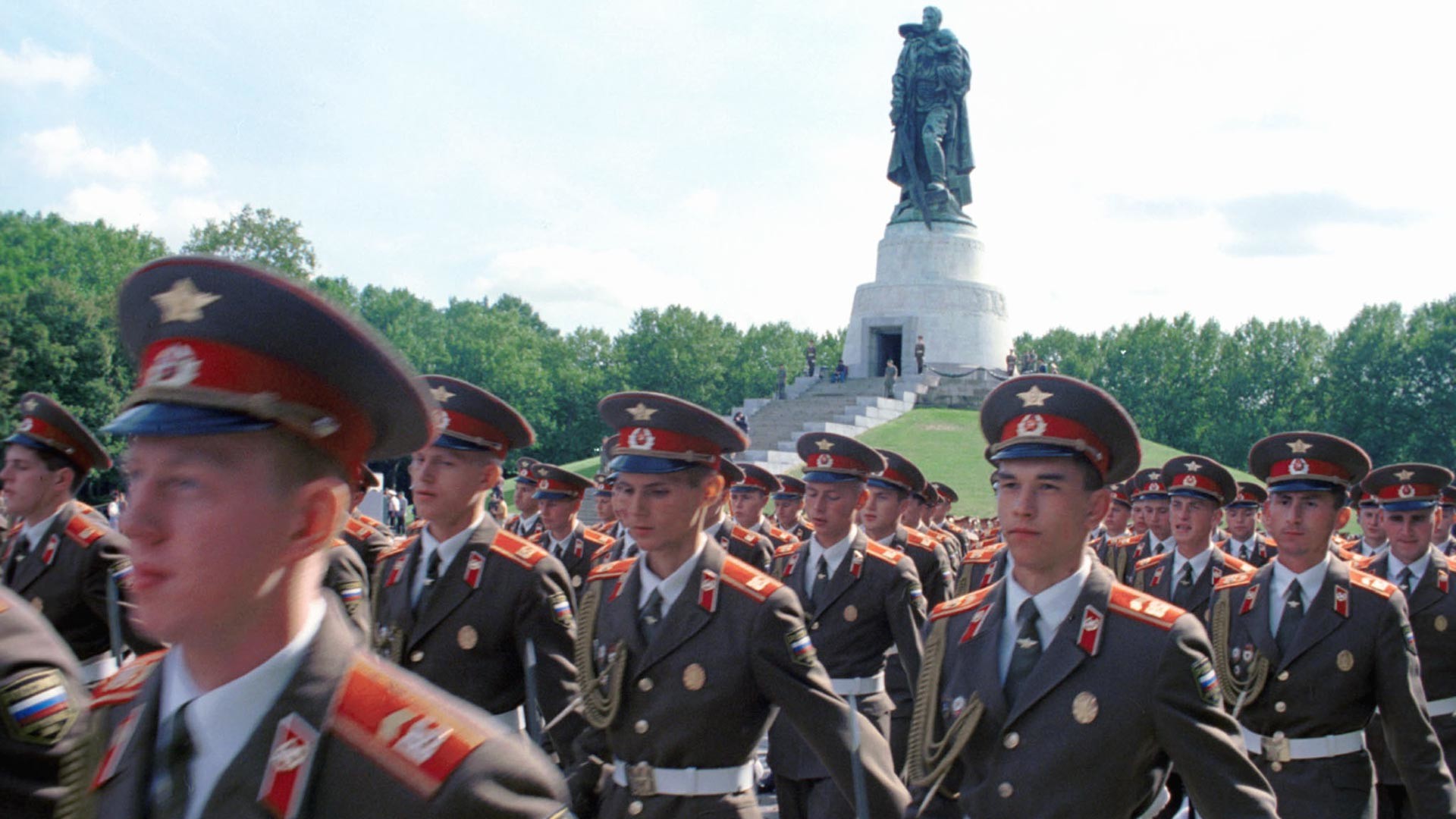 “In the 49 years that our troops were present in Germany, we never intimidated anyone, and we were never afraid of anyone. Being the biggest grouping of the Soviet and Russian Armed Forces, the Western Group fulfilled its historical mission of ensuring peace and stability in Europe. There is no way of telling what the post-war world order would have looked like had there not been Soviet troops in Germany, Czechoslovakia, Hungary and Poland,” Burlakov said. 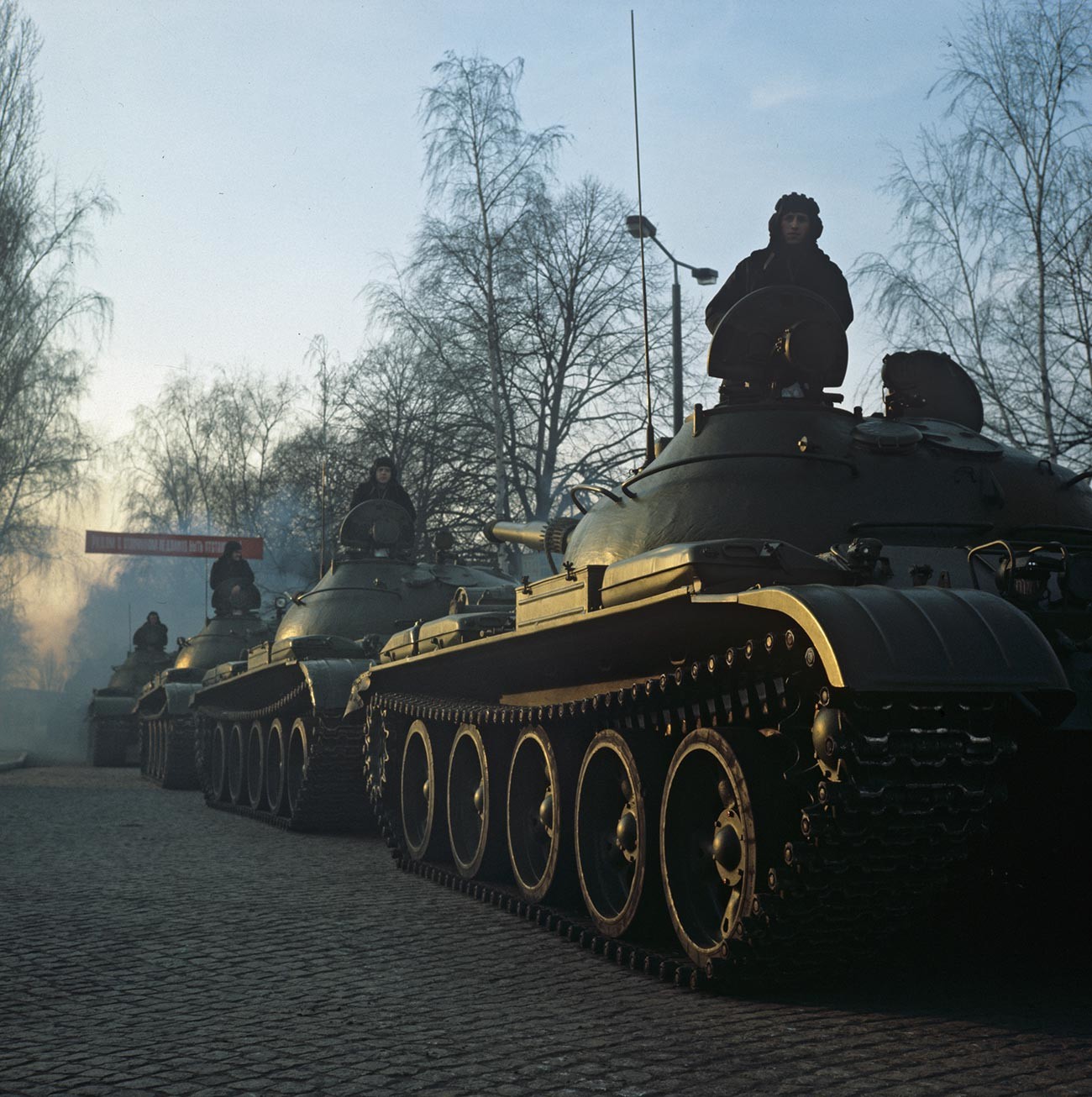