20 famous photos of the Eastern front during World War II 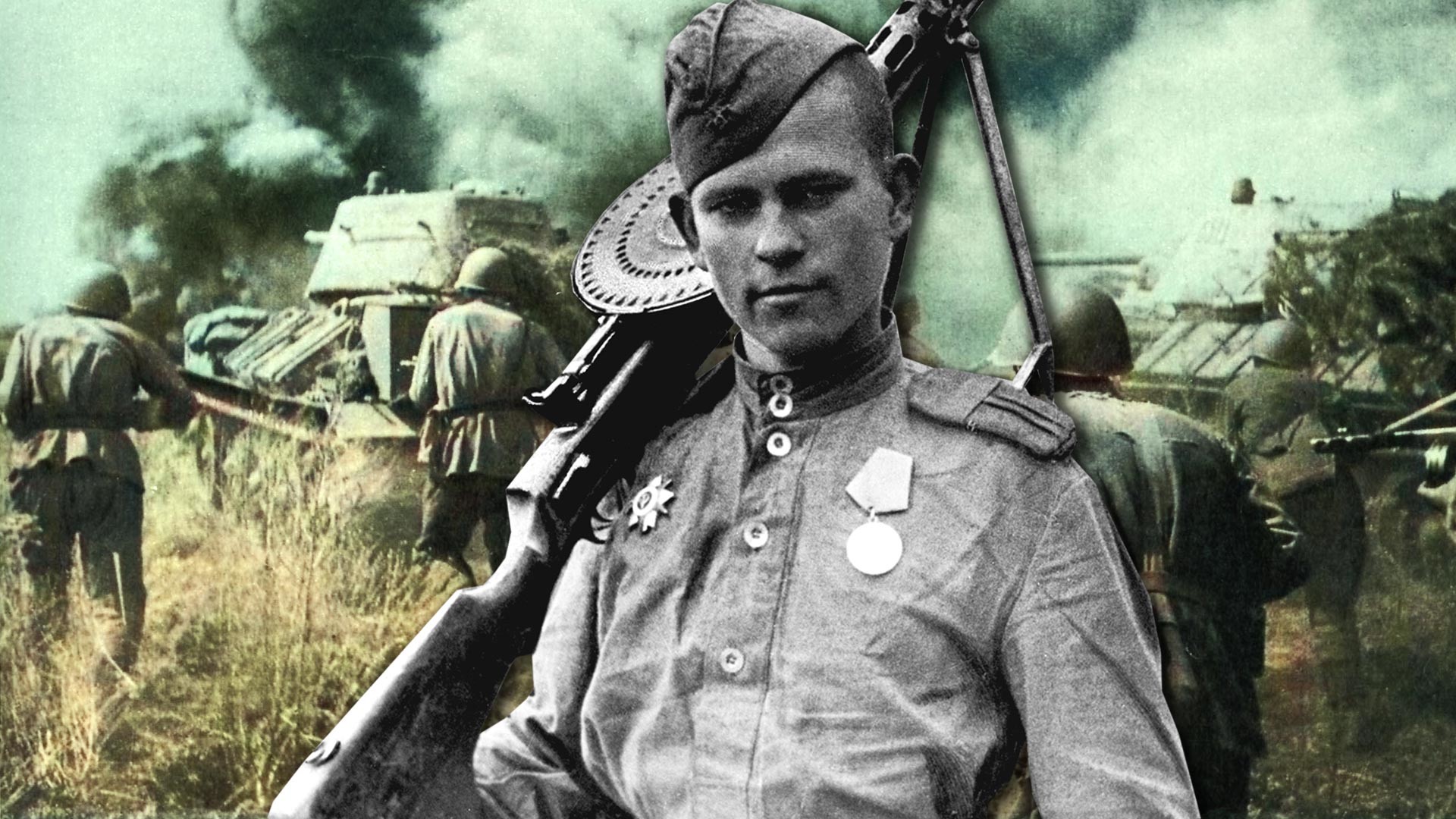 Timofey Melnik/Sputnik, The Ministry of Defense of the Russian Federation
The whole essence of the most brutal conflict in history is captured in these stunning photos.

1. Moscow residents listen to the June 22 government radio announcement on the invasion of Nazi Germany. 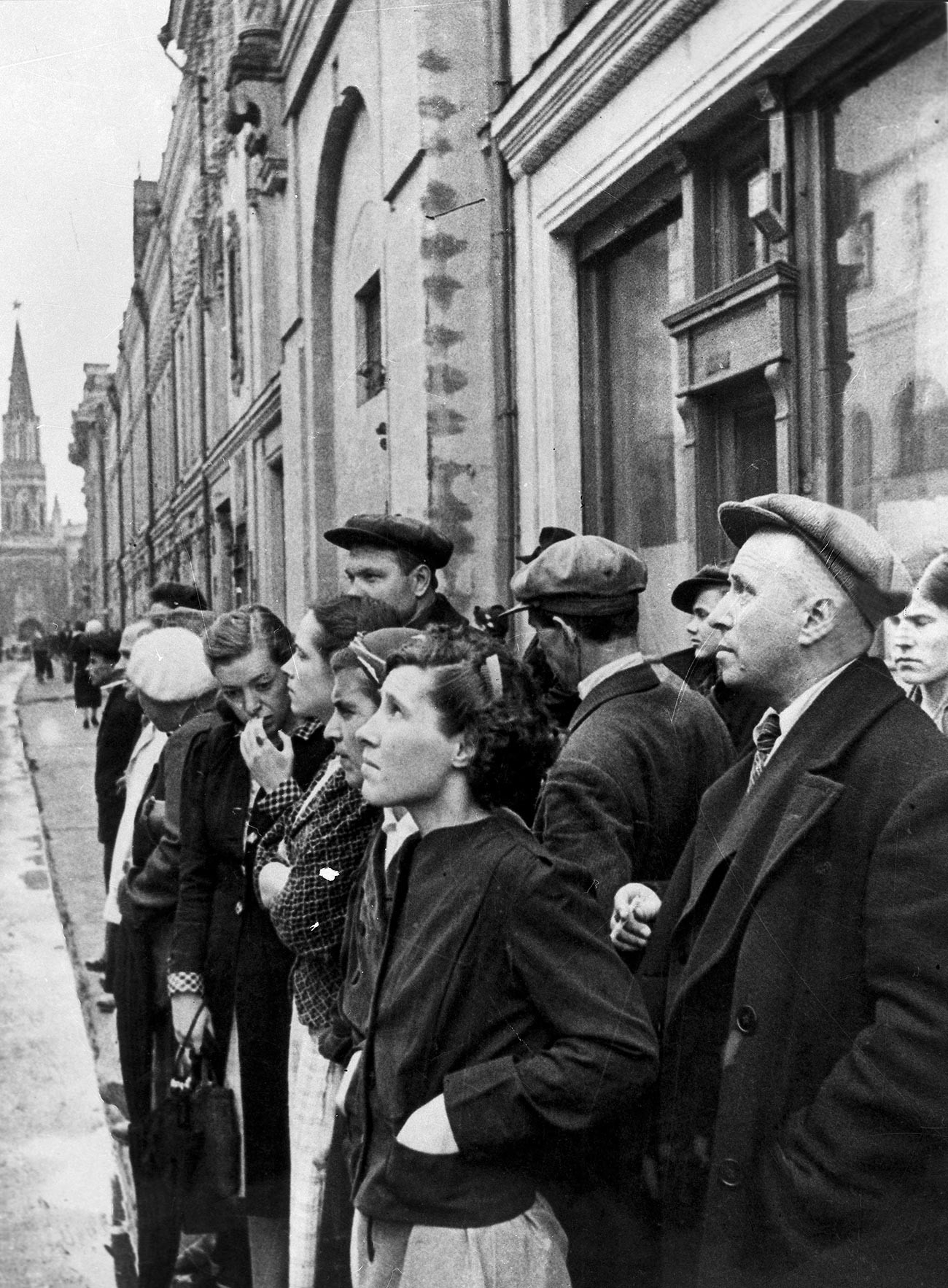 2. Wehrmacht soldiers on the Eastern front in 1941. 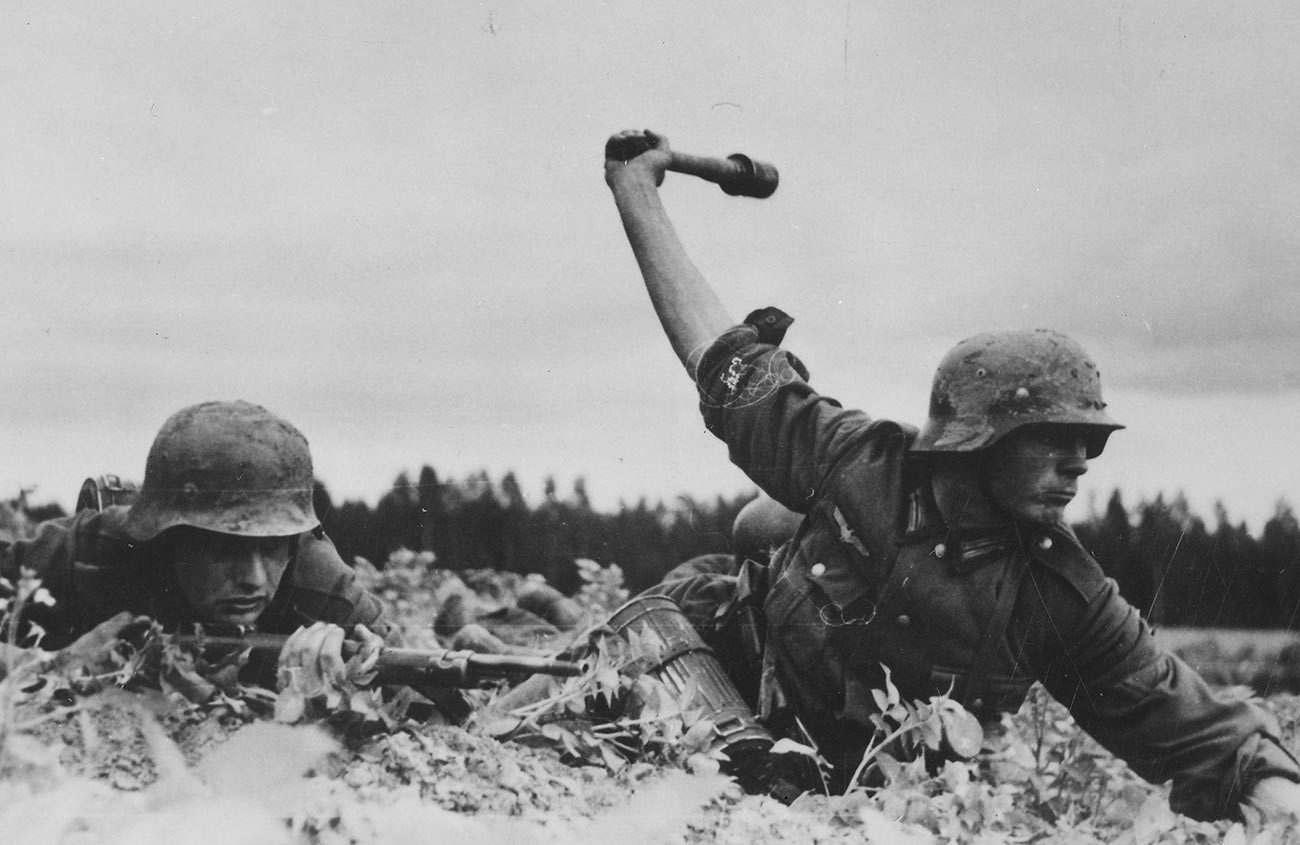 3. German infantry during the first months of Operation Barbarossa. 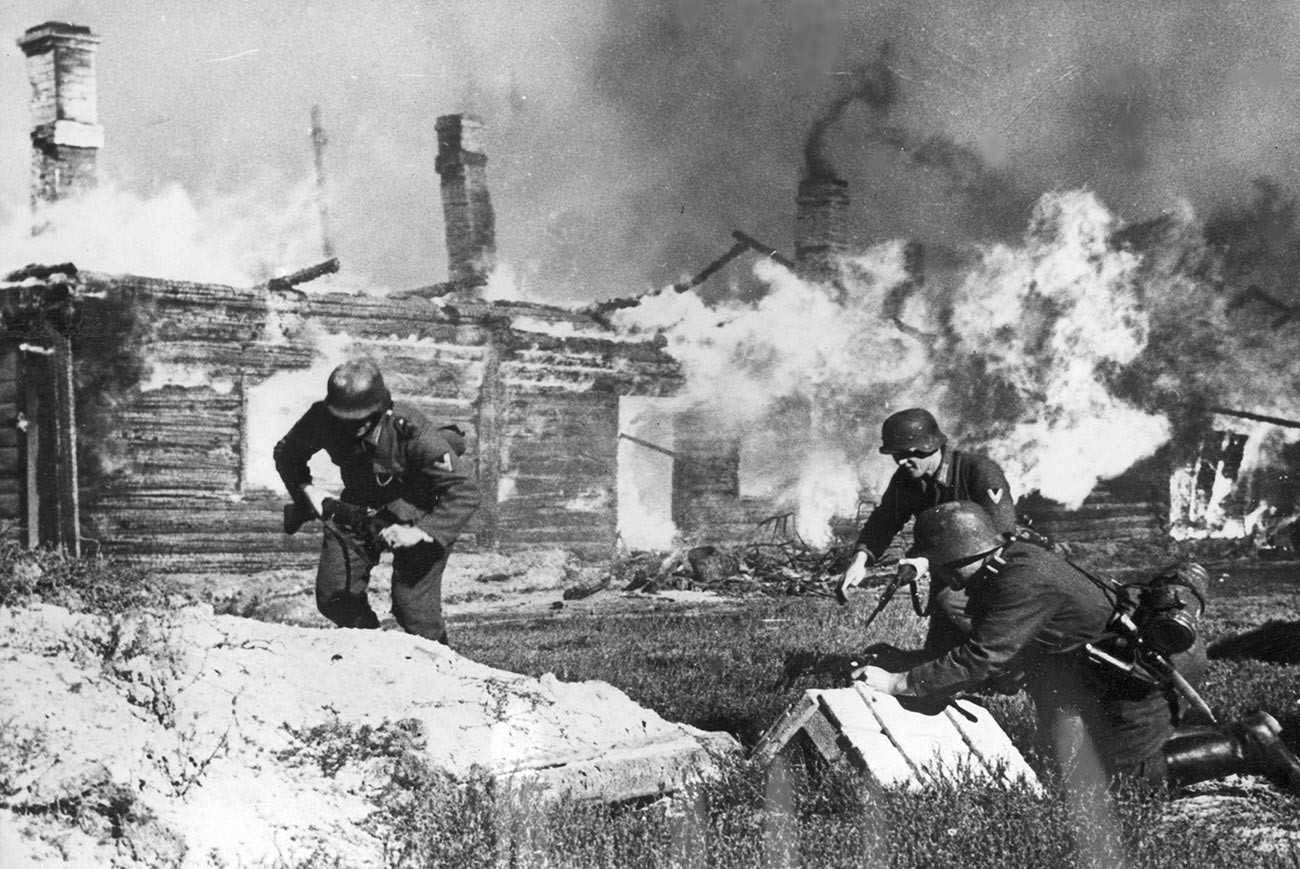 4. Heinrich Himmler, Reichsführer-SS, head of the Gestapo and the Waffen-SS, inspects a prisoner-of-war camp in the Soviet Union in August 1941. 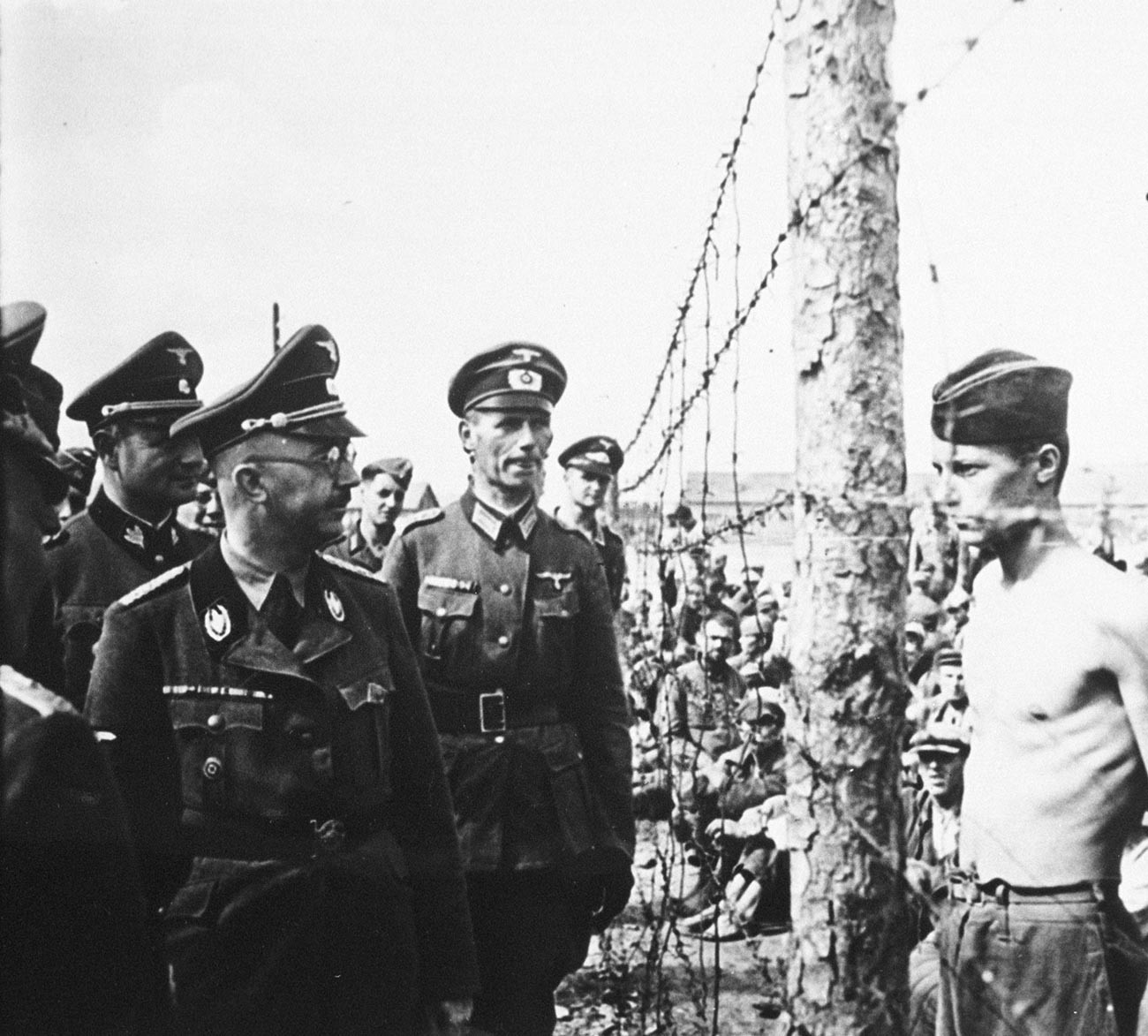 5. Soviet soldiers during the Siege of Leningrad in November 1941. 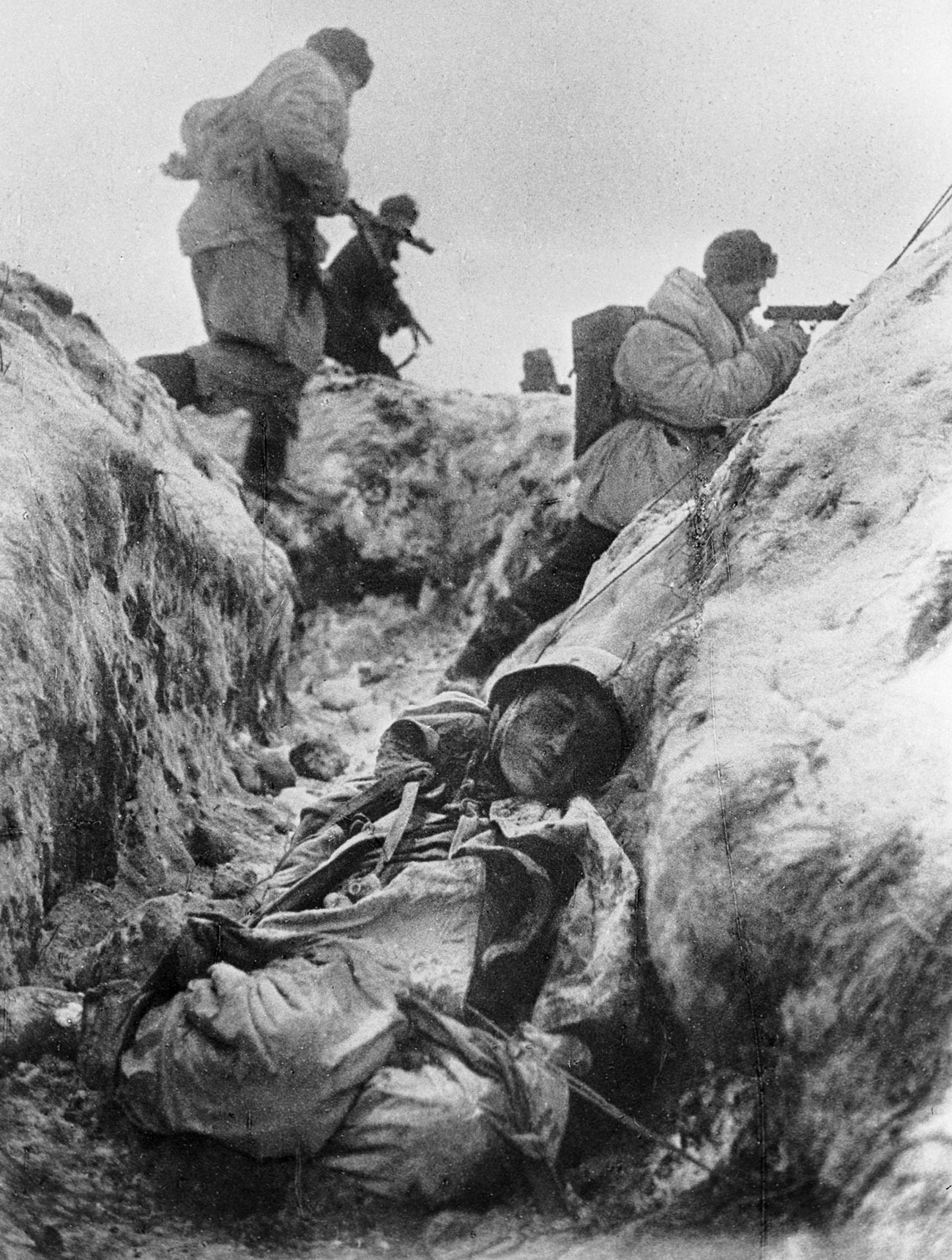 6. Political commissar Alexey Yeremenko leads his men into combat against German positions in Ukraine, July 12, 1942. He was killed minutes after this photo was taken. 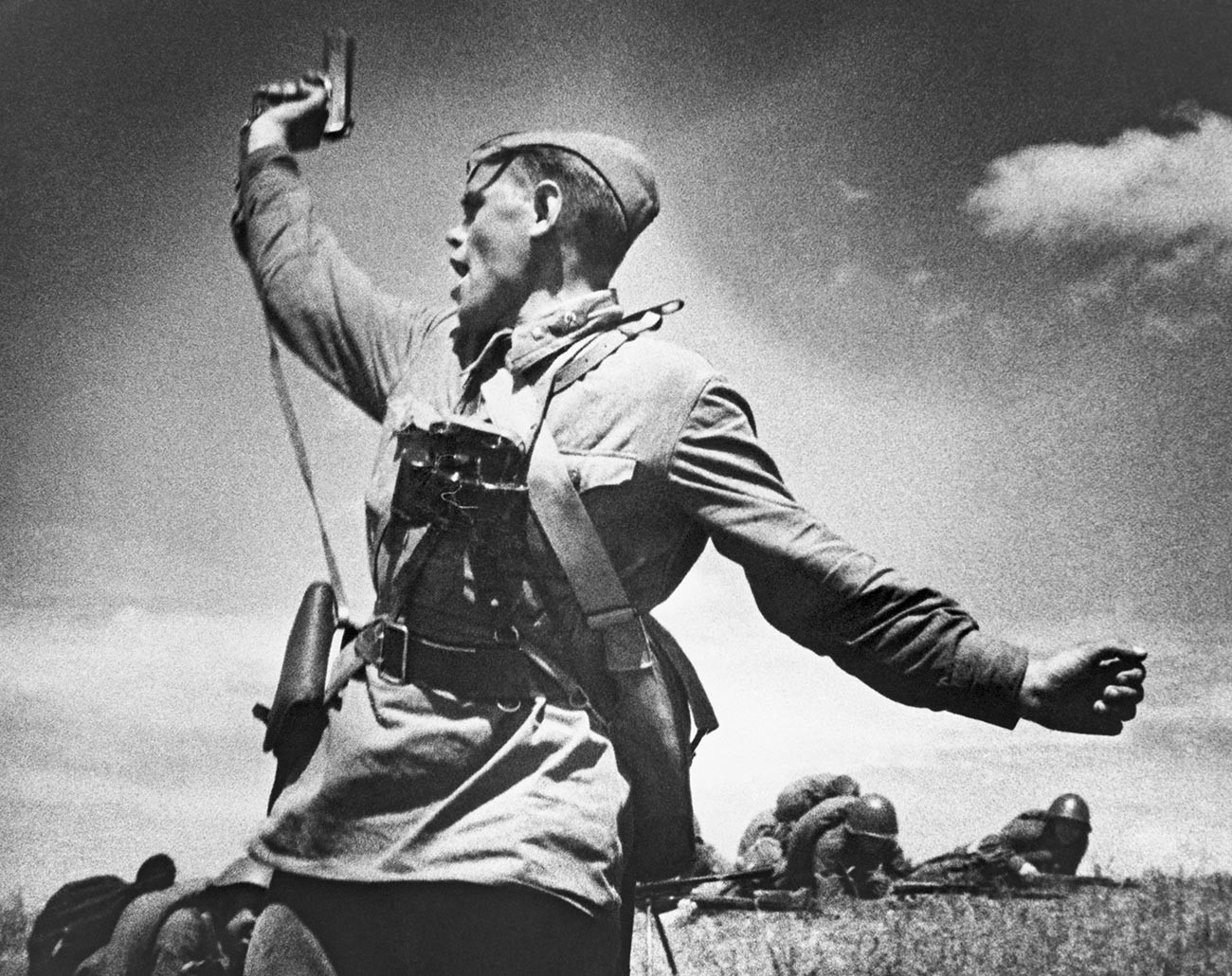 7. A view of the Barmaley fountain in the railway station square in Stalingrad, destroyed by German Air Forces during World War II. 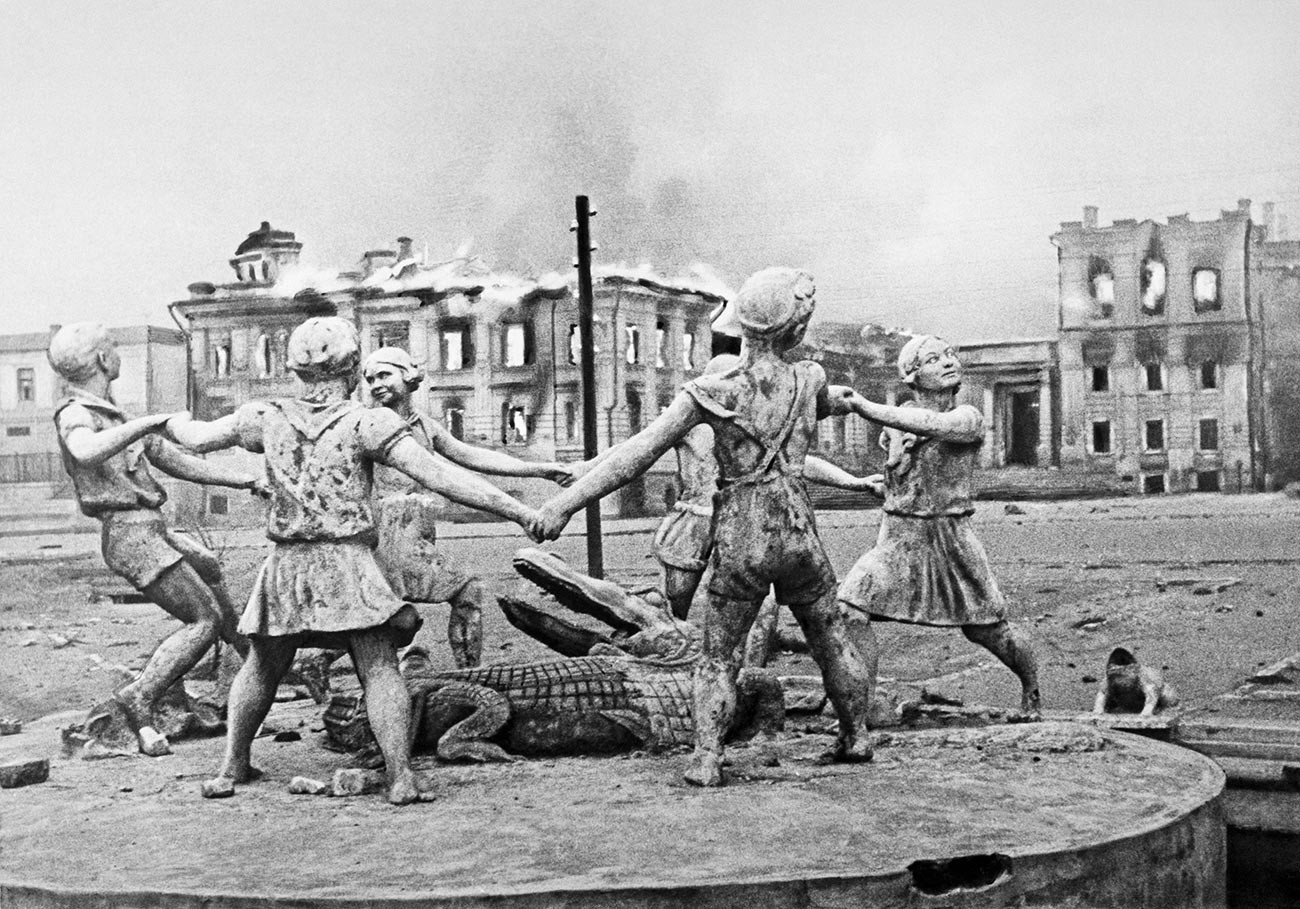 8. Street fights in Stalingrad in November 1942. 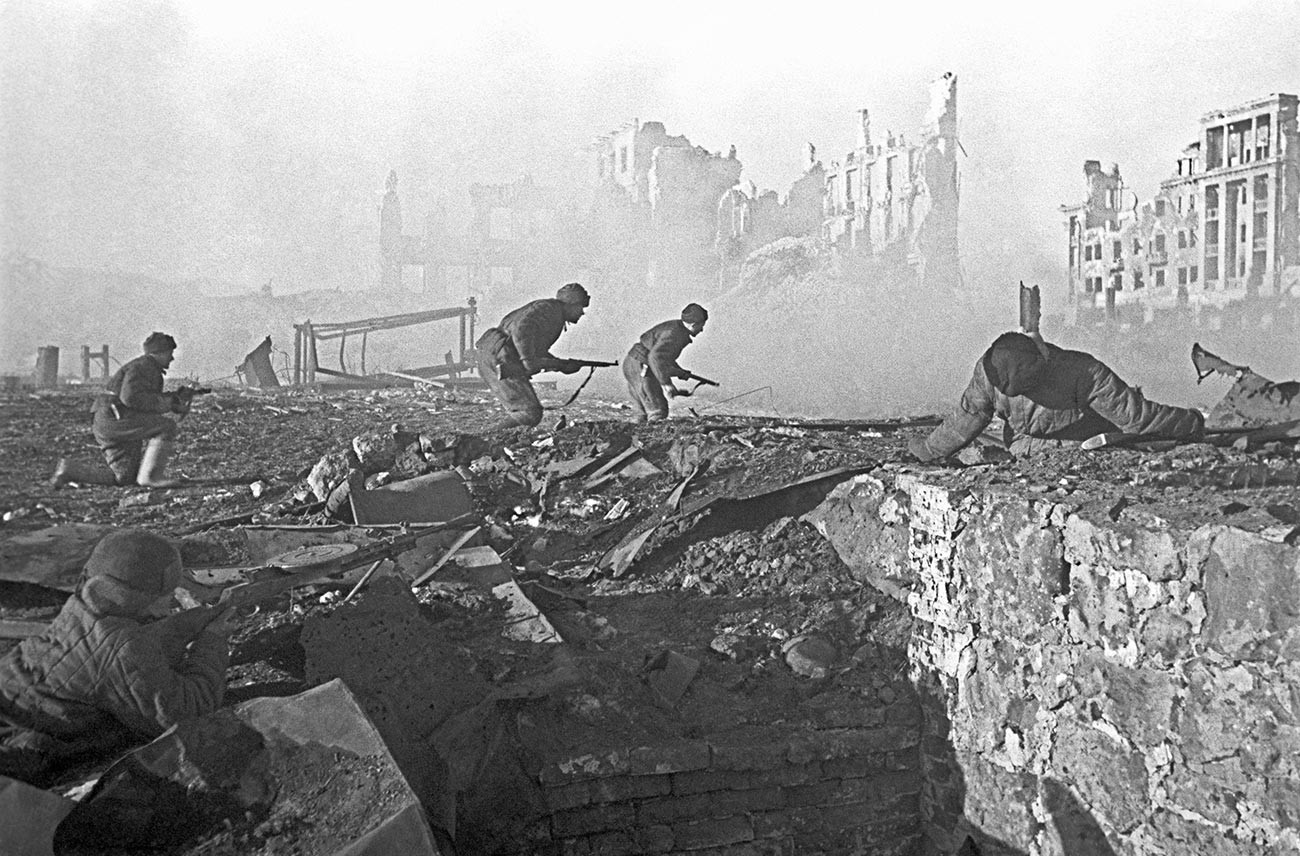 9. A Soviet soldier with a German POW after the Battle of Stalingrad was over. 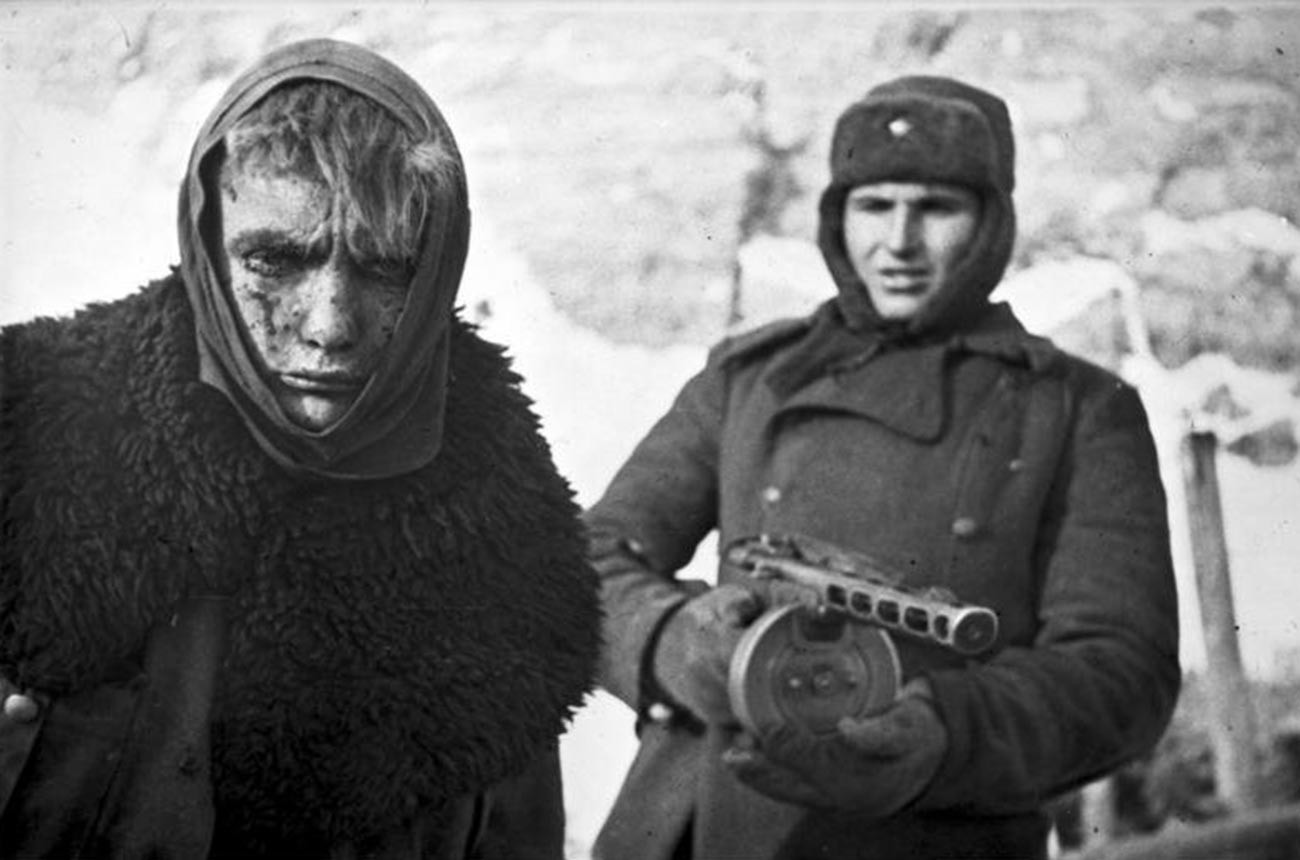 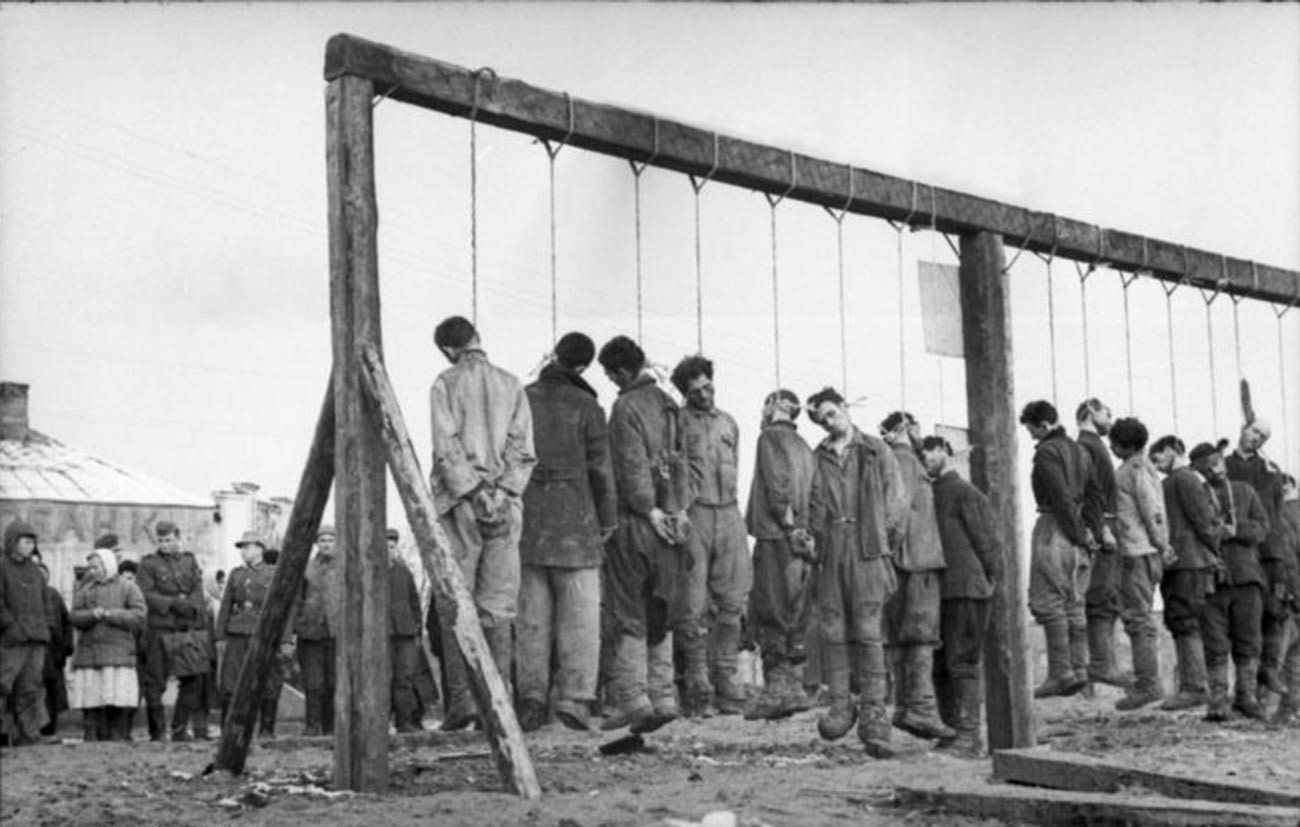 11. Soviet IL-2 planes attacking Nazi troops during the Battle of Kursk in July 1943. 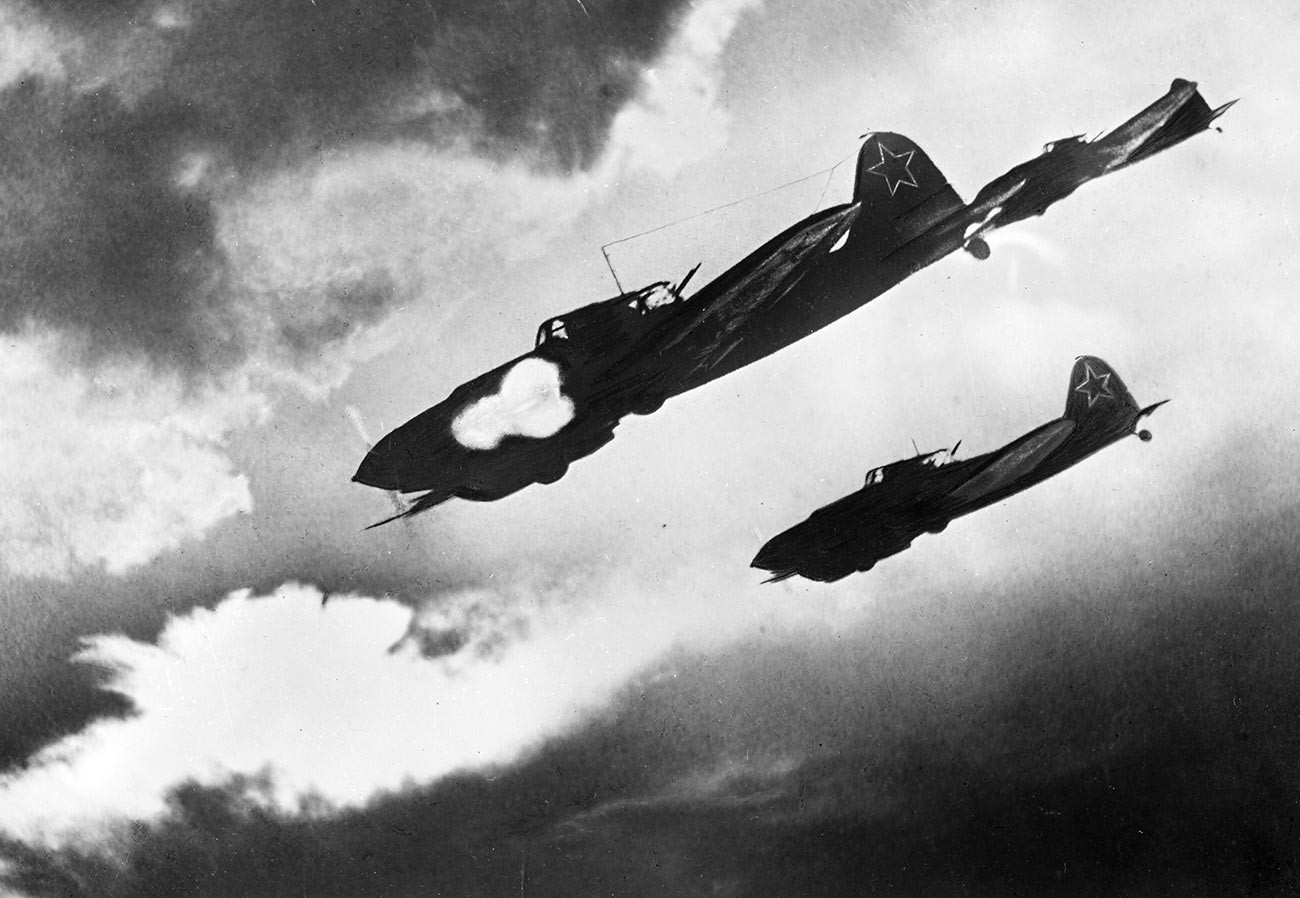 12. Attack of the Soviet troops at Prokhorovka during the Battle of Kursk in July 1943. 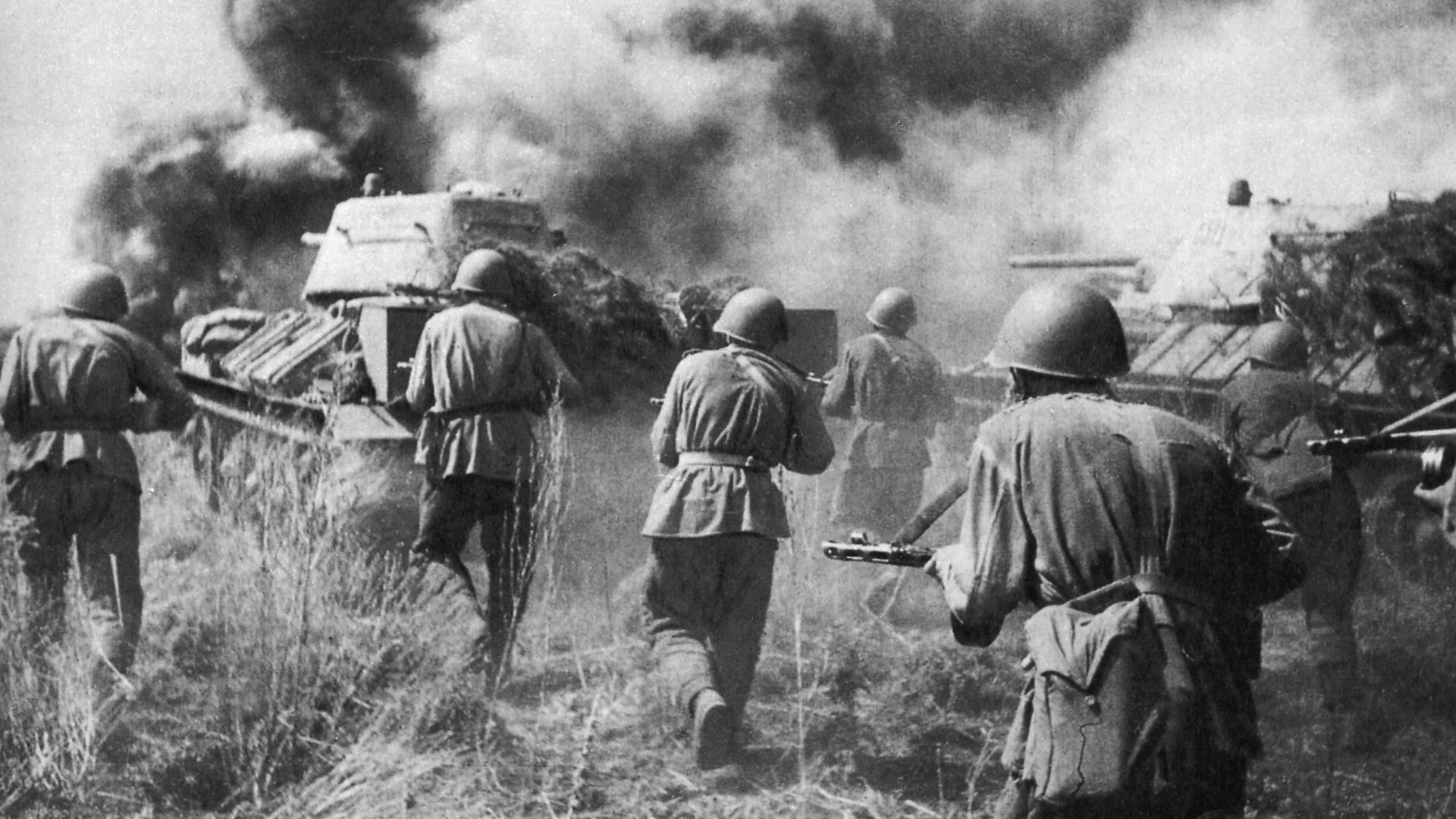 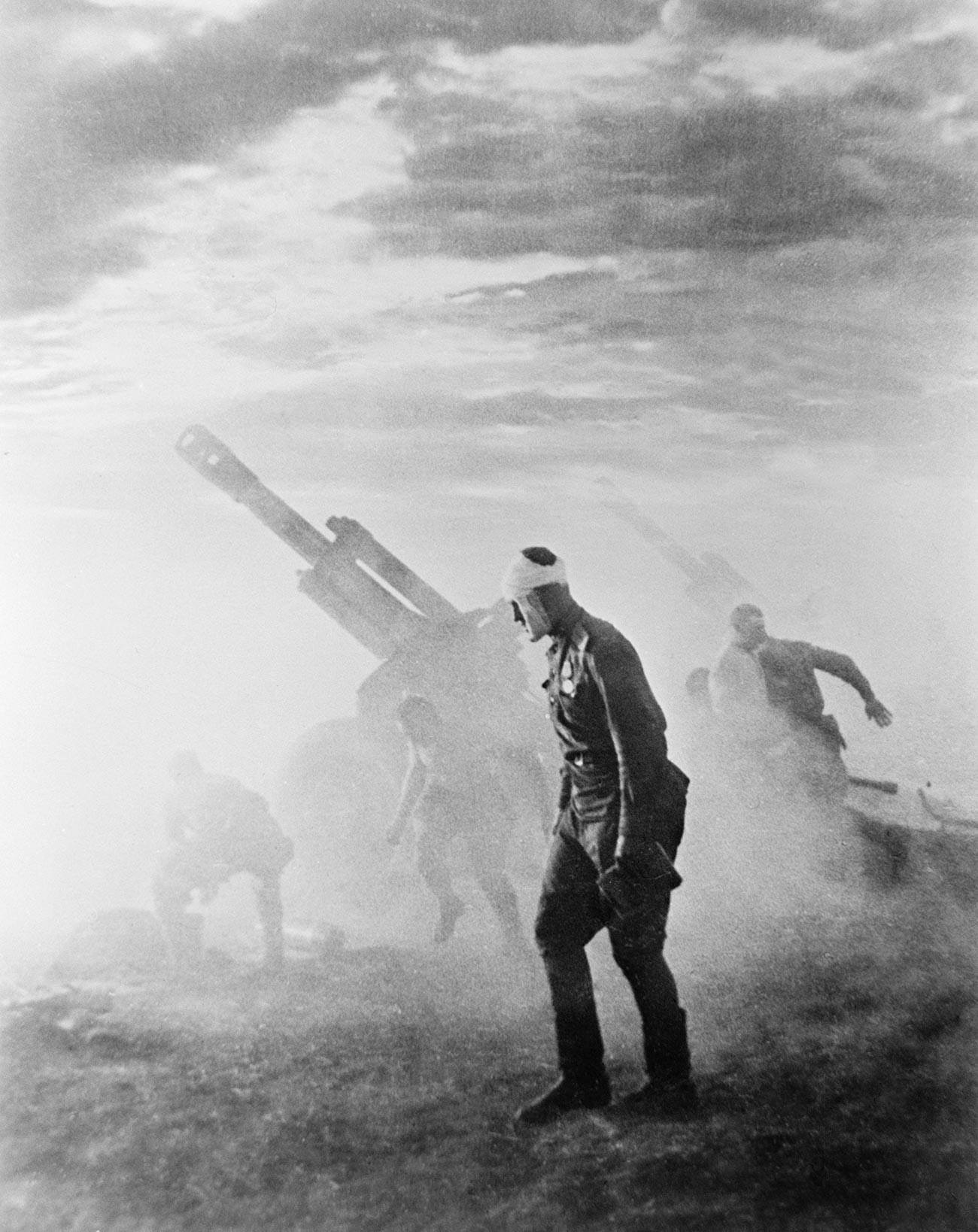 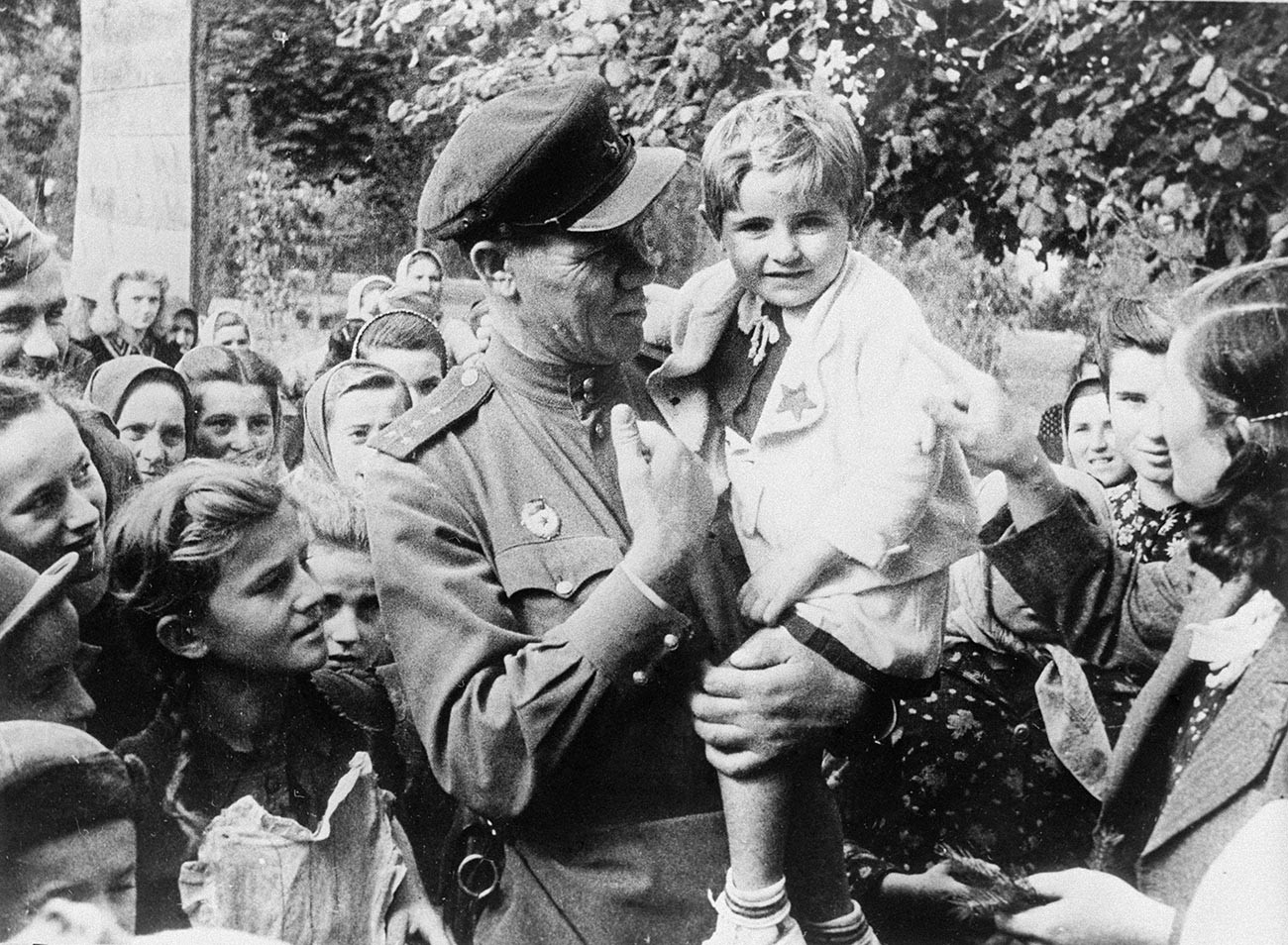 15. Soviet doctors and Red Cross representatives among the Osventsim (Auschwitz) death camp prisoners, soon after the camp was liberated by the Red Army in early February 1945. 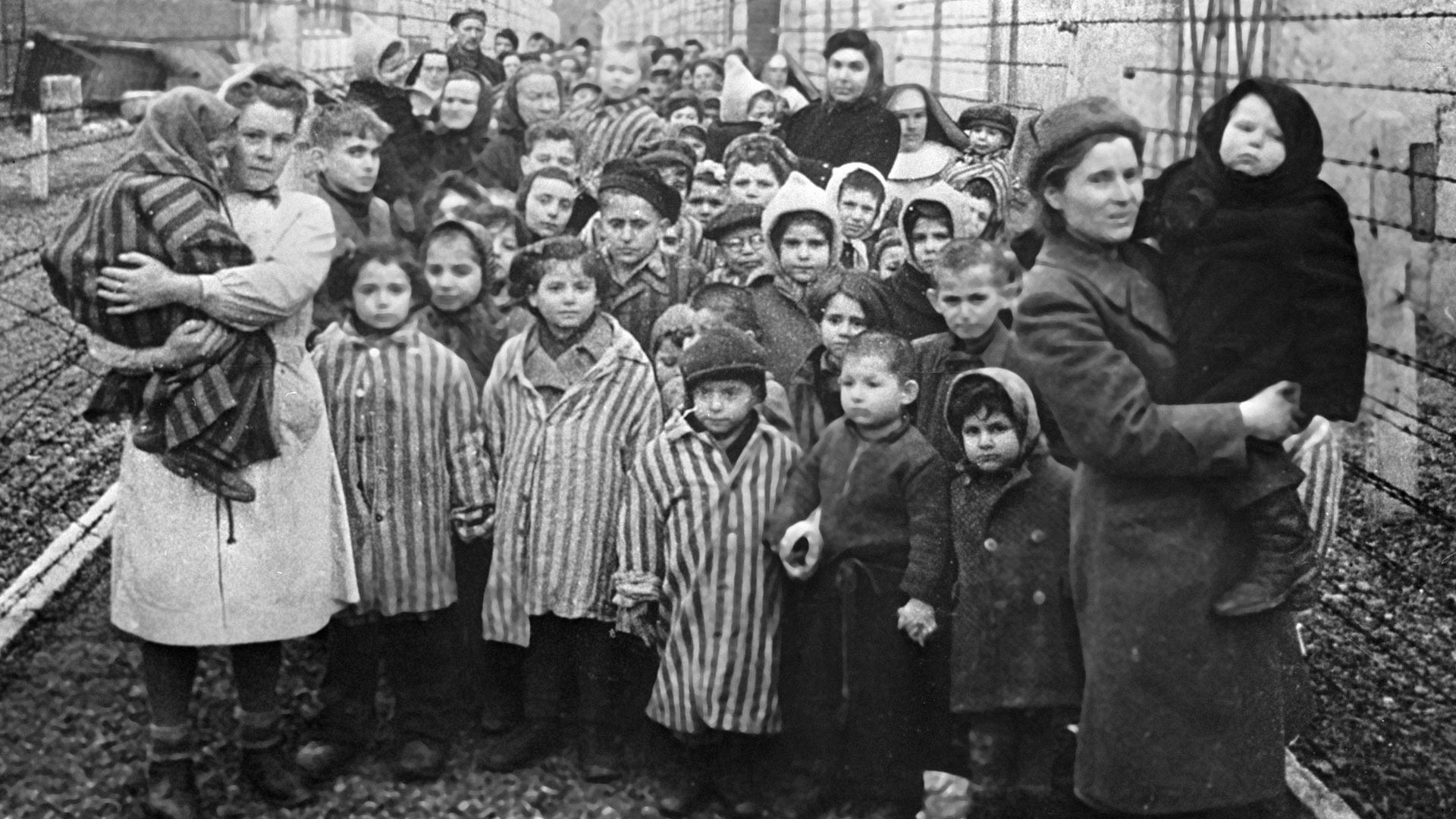 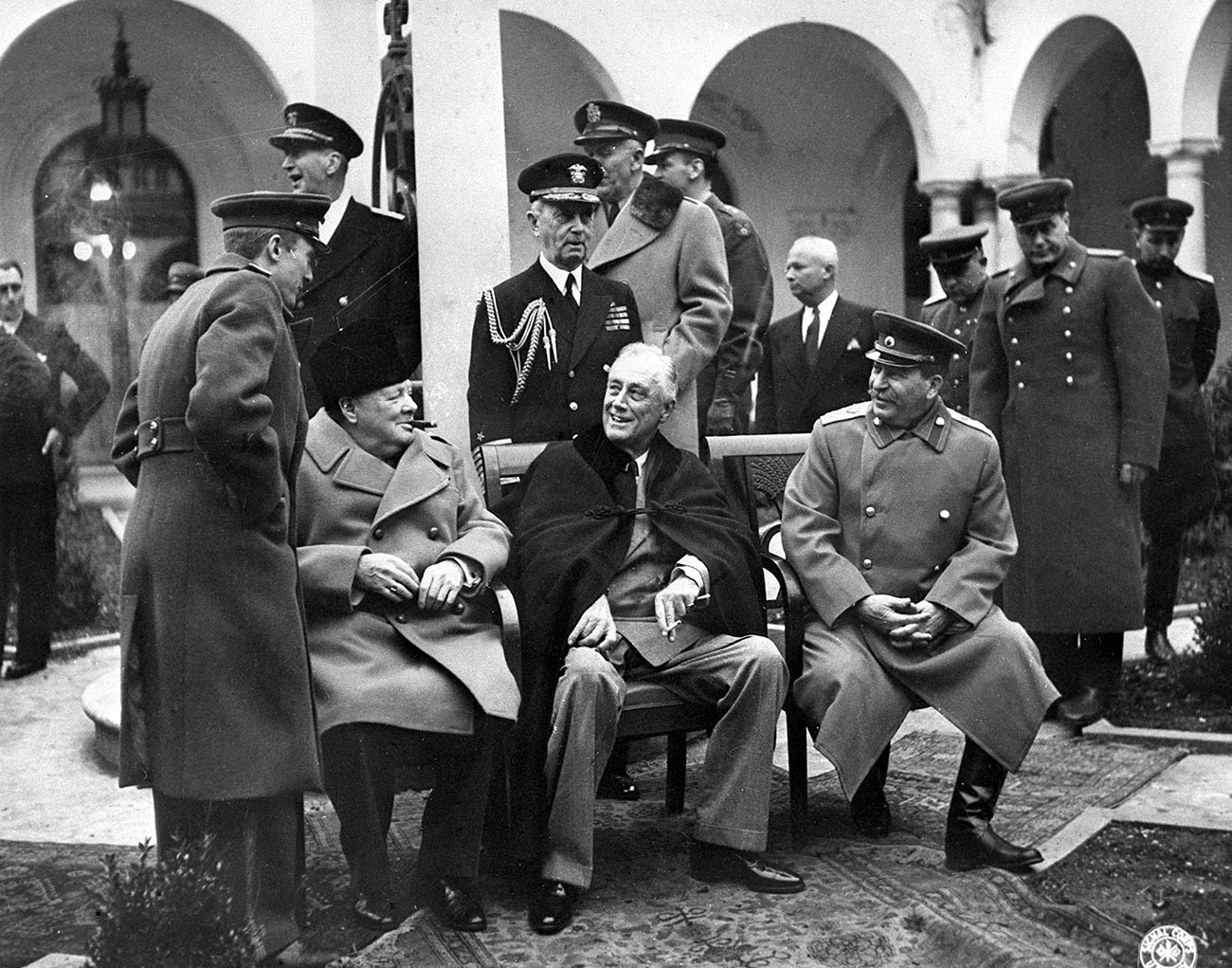 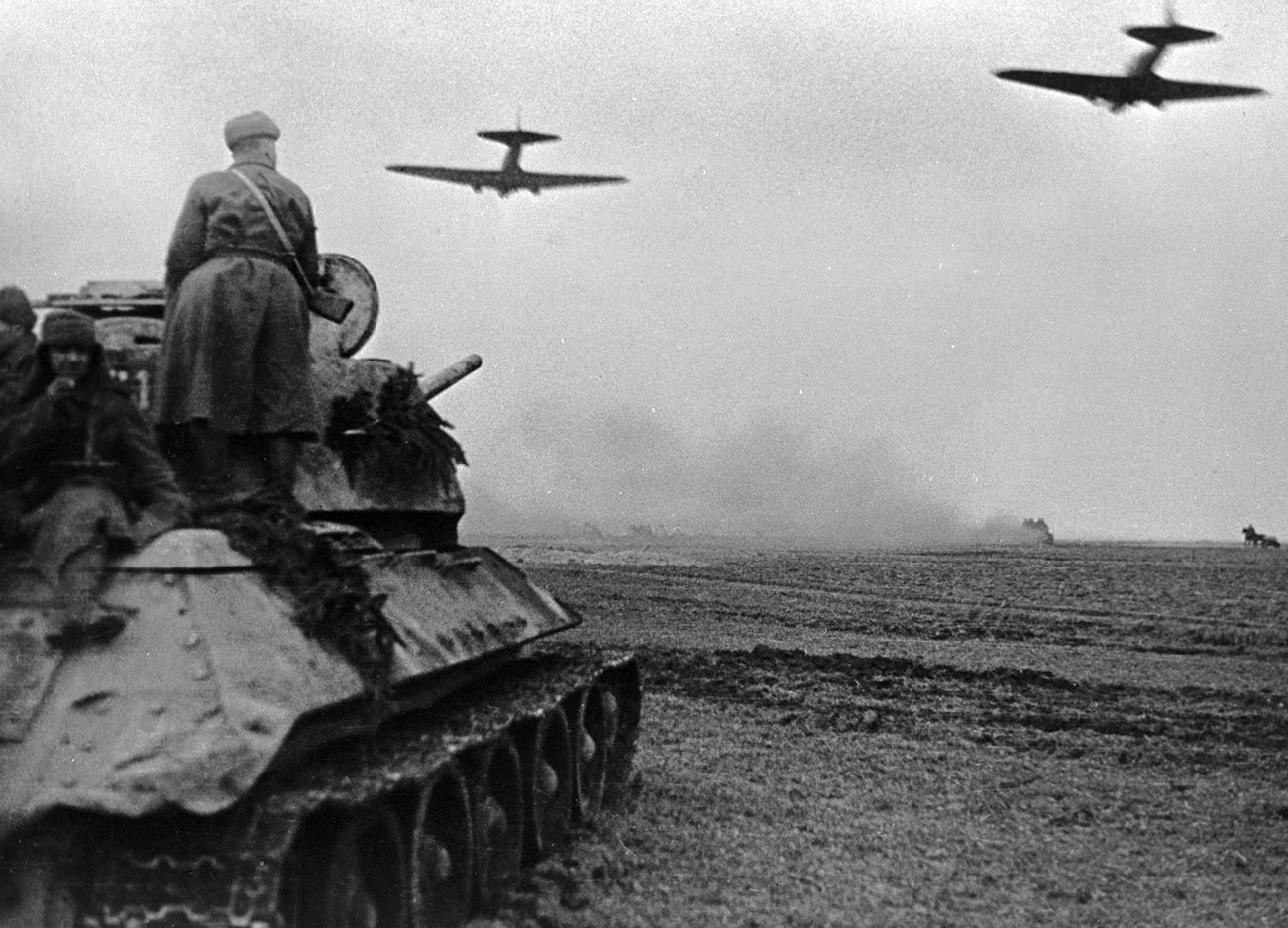 18. U.S. Army Private Byron Shiver and Red Army soldier Ivan Numladze during the meeting of American and Soviet troops at the Elbe River, near Torgau in Germany on April 25, 1945. 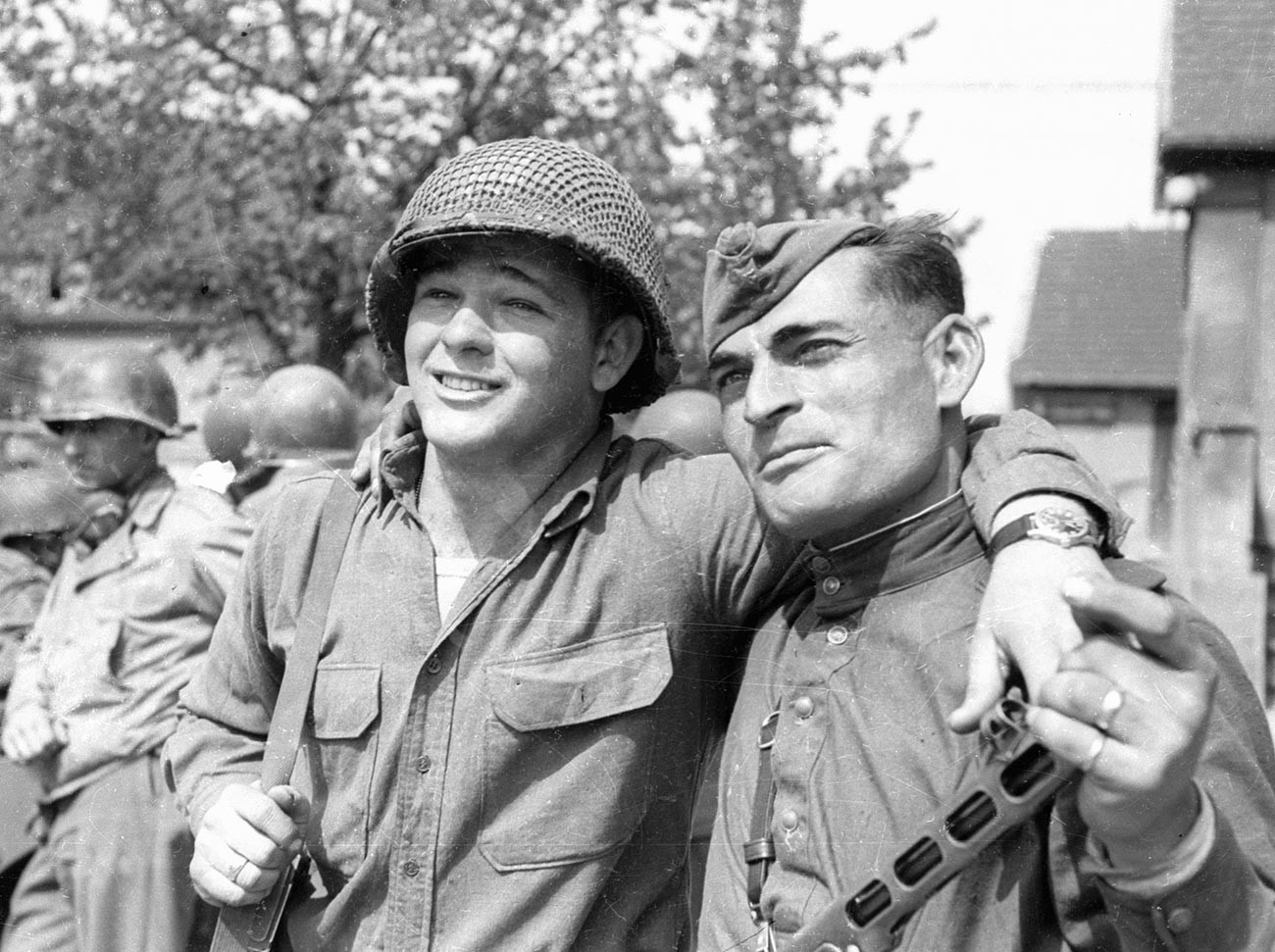 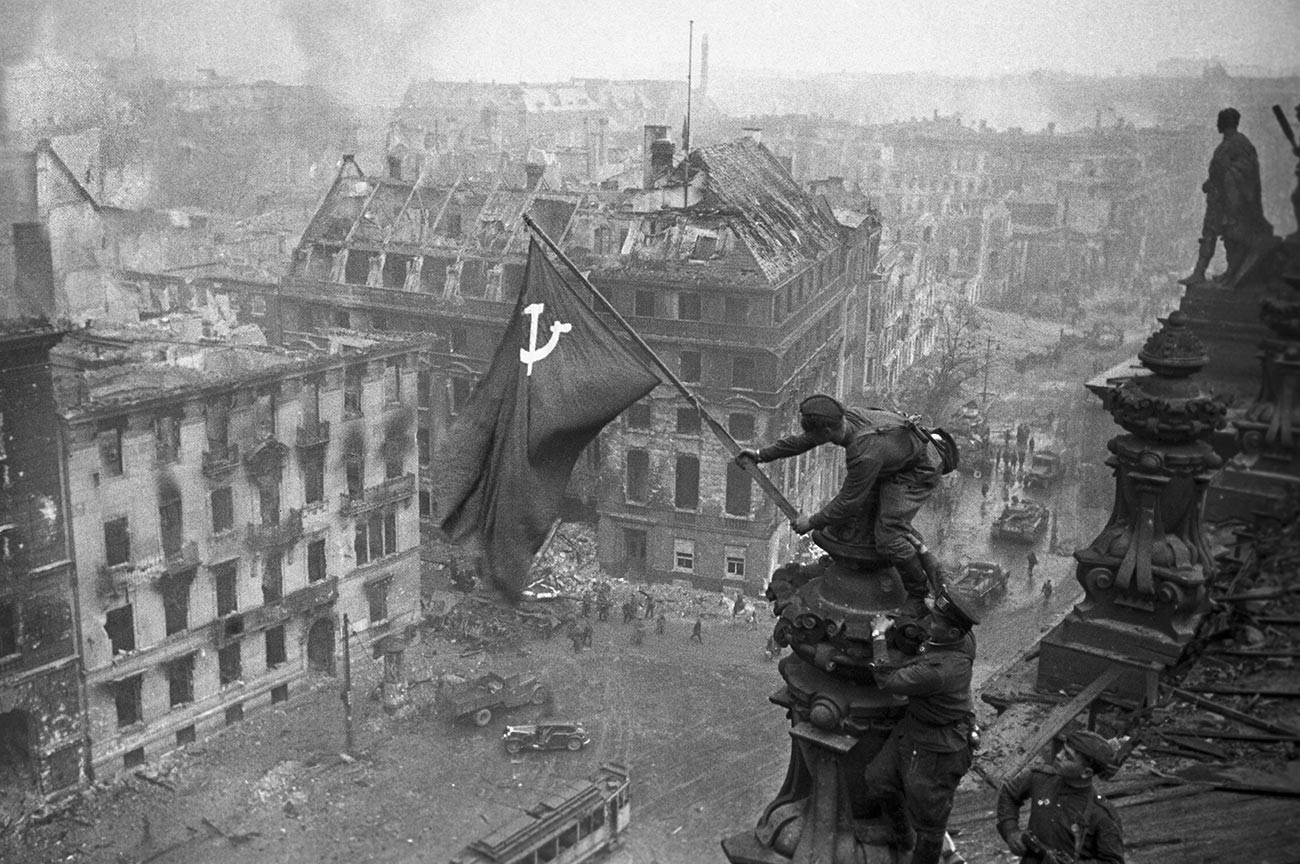 20. Female military traffic constable Maria Shalneva in Alexanderplatz in Berlin on May 1, 1945. 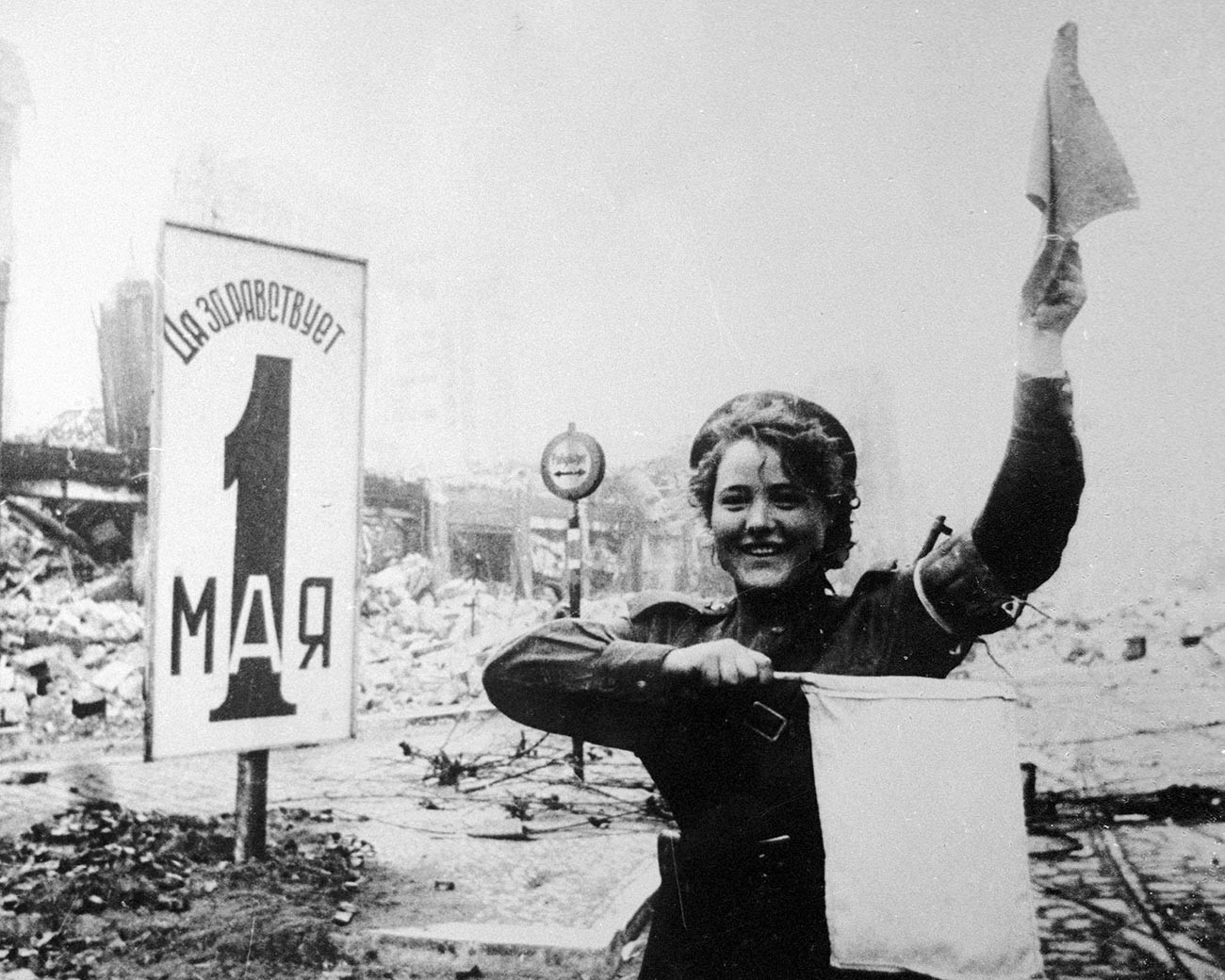