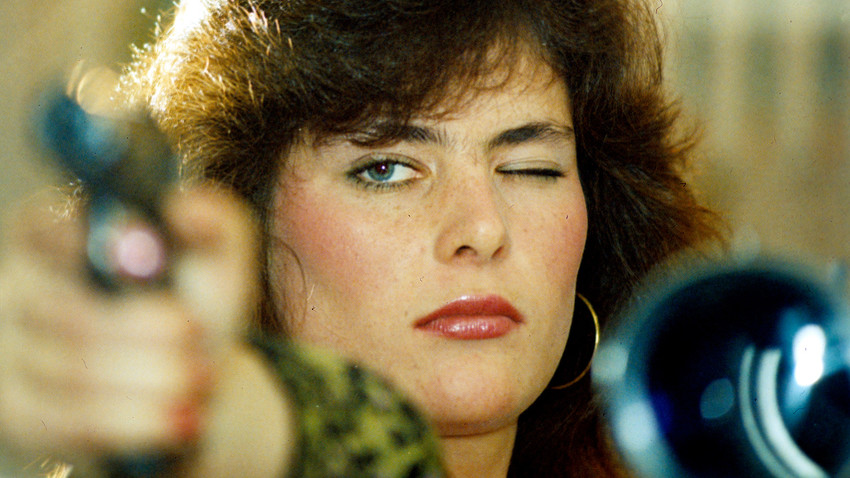 Igor Mikhalev/Sputnik
The young woman vanished from the public eye as quickly as she became famous.

One October morning in 1990, a photo of a woman appeared on the front page of the Komsomolskaya Pravda newspaper. The woman on the cover — Katya Mayorova, as she was presented in the article — looked young, attractive, but also dangerous… posing with a gun. 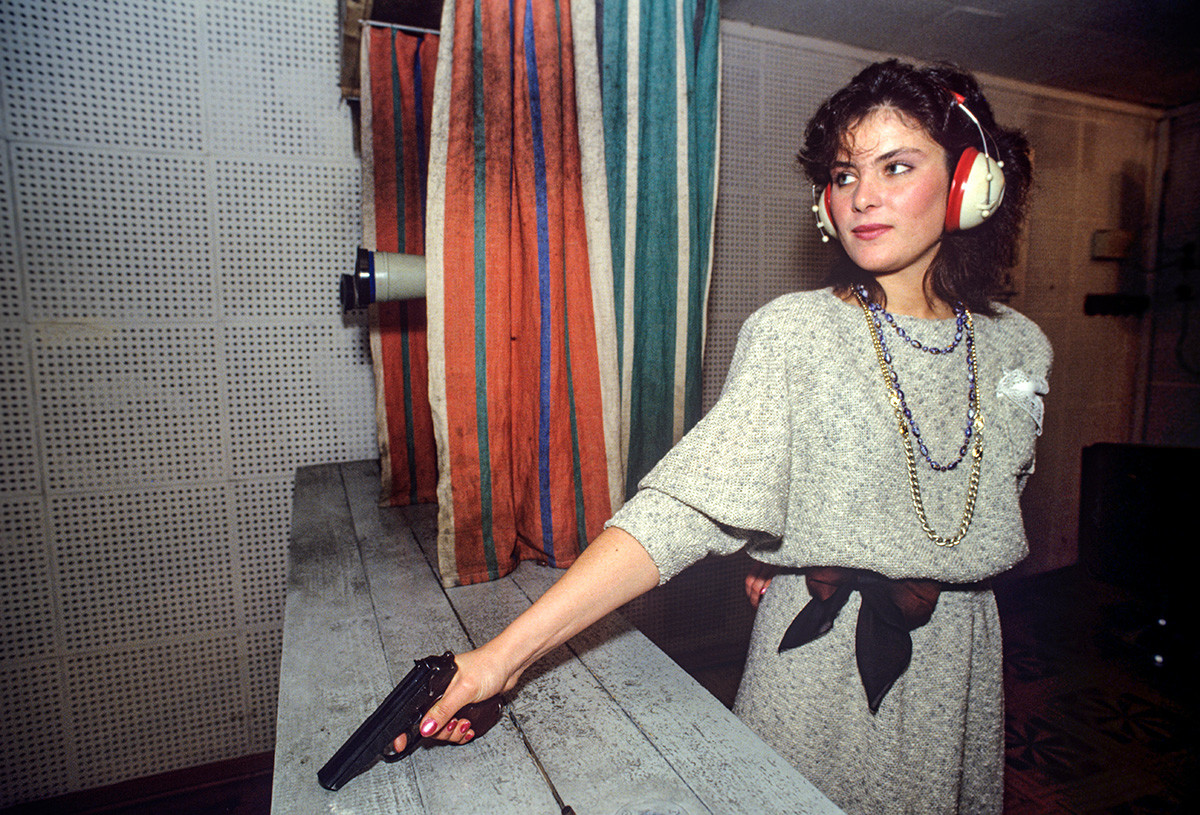 “Miss KGB” — the headline read. But who was Katya Mayorova, the world’s only holder of an unusual title of a “security services beauty?”

The new face of the KGB

Despite the newly adopted policy of glasnost — Mikhail Gorbachev’s attempt to make the Soviet government more transparent — the KGB remained one of the most secretive state institutions of the USSR. The all-powerful agency had an image of a serious, widely feared security apparatus that was alien to any sort of frivolity. 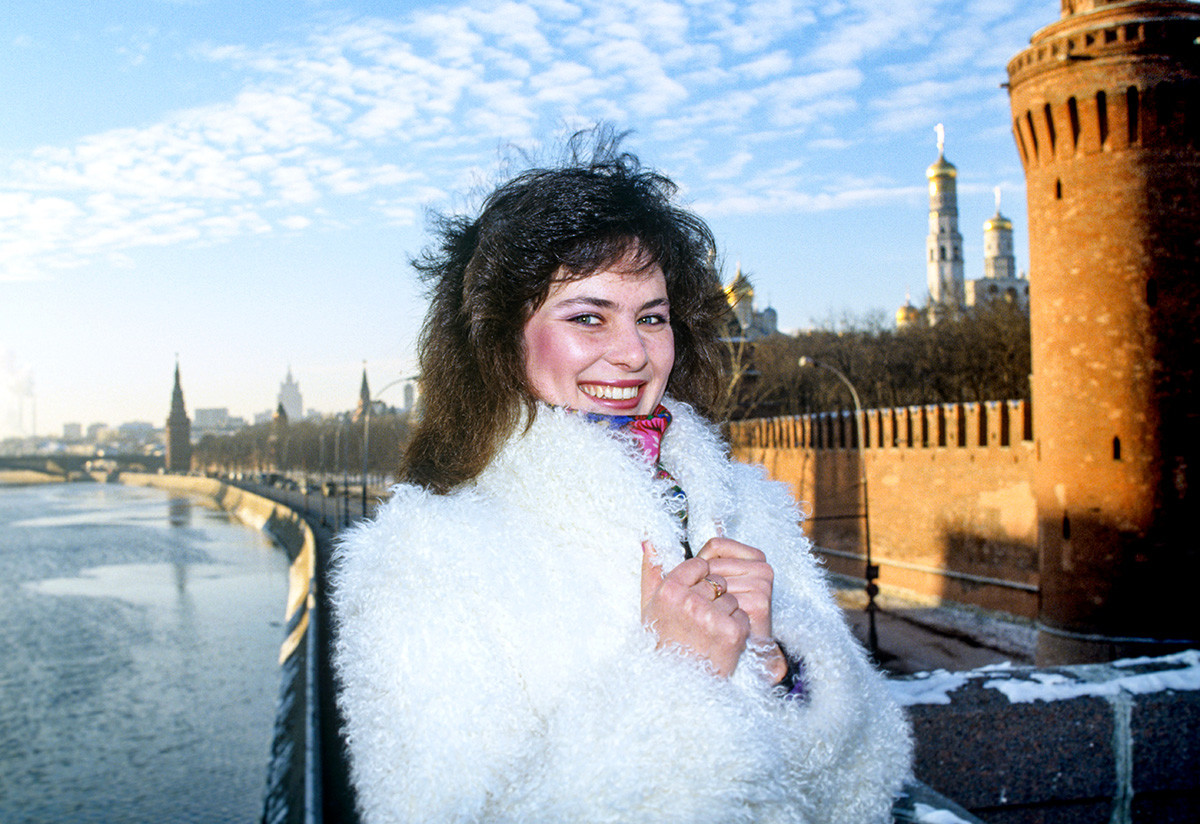 So Soviet readers were all the more surprised to see a newspaper article that presented a KGB employee as a young, bright and attractive woman. Foreign correspondents also took an interest in the mysterious Miss KGB.

Washington Post’s David Remnick was one lucky international correspondent who managed to meet Miss KGB for a short interview sanctioned by Lubyanka — the infamous KGB headquarters in the center of Moscow.

“On the appointed day, I went to Lubyanka, where Comrade Mayorova explained to me that the KGB’s beauty contest, such as it was, took place in ‘private’. She was wearing an angora sweater. She liked the Beatles. She worked as a secretary, but was certified in the handling of small arms. ‘They try to give us all-around skills,’ she said. Assured once more, if in an unexpected form, that the Soviet Union was in a state of mortal delirium, I thanked Katya and took my leave,” recalled David Remnick years later. 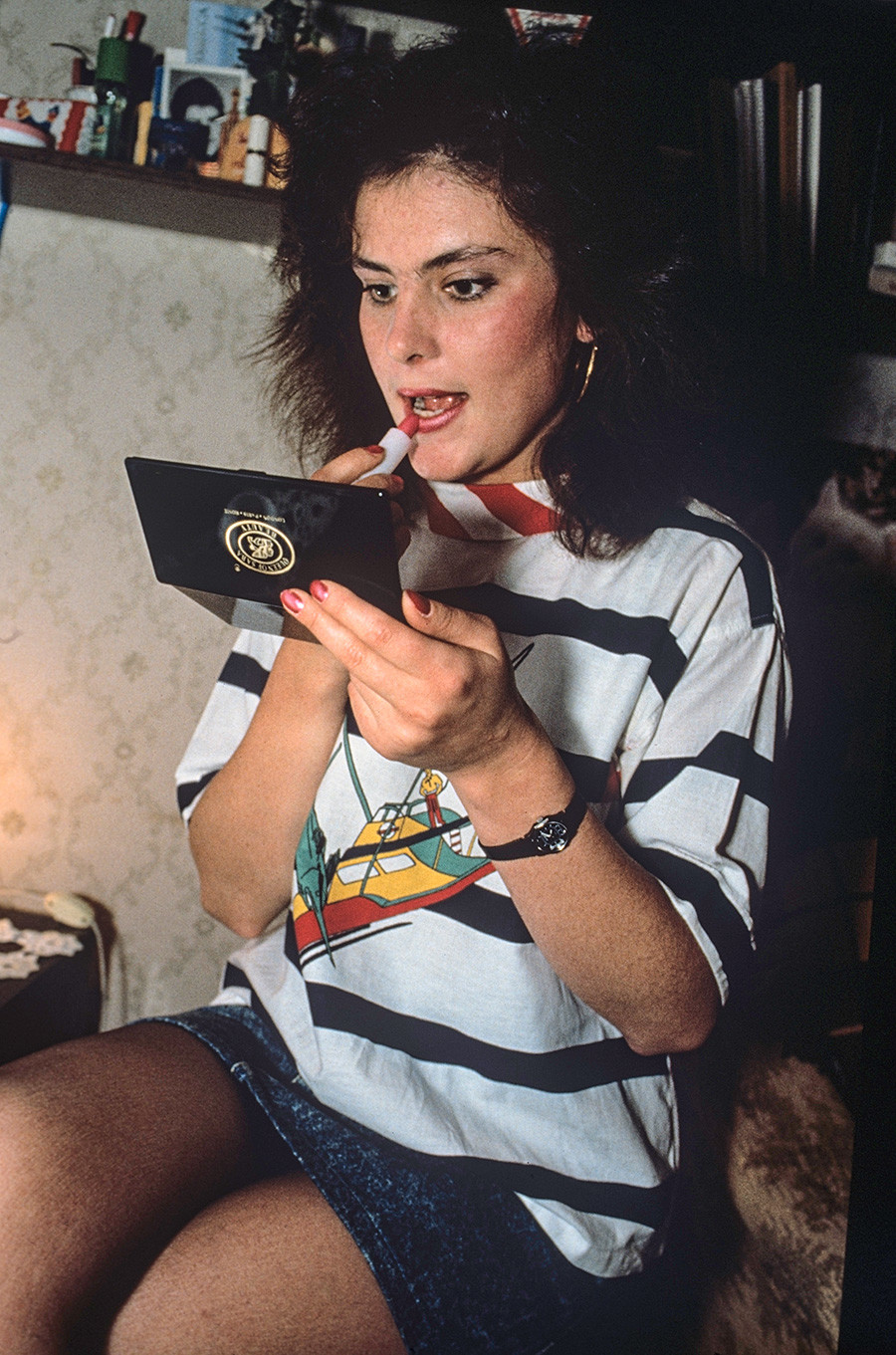 Although the short interview to the Washington Post did not put all cards on the table with regard to the story of Miss KGB, it shed some light on her personality and the institution’s intentions behind this PR move. 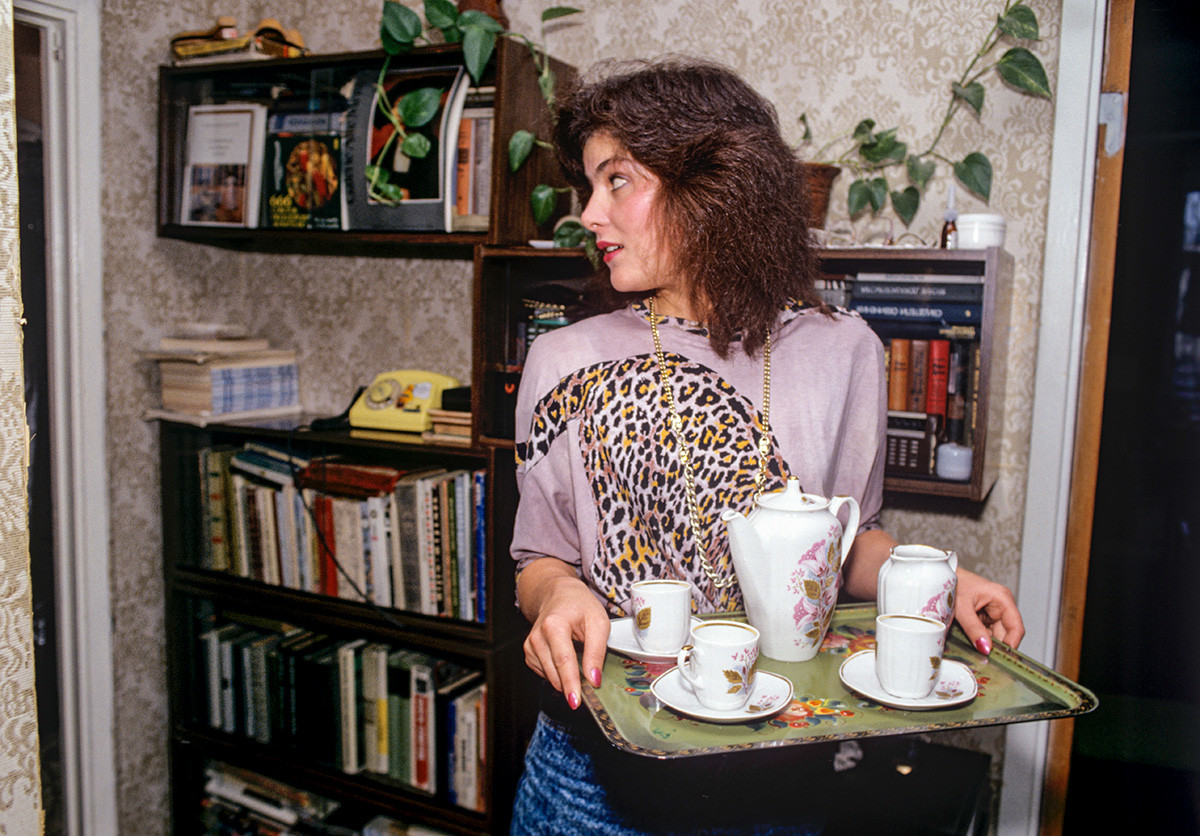 “I guess they think I’ll be the new face of the KGB,” said Mayorova in her interview to Remnick. “We’d like people to think that we’’re not monsters working here,” she added.

After Remnick had interviewed Miss KGB, he learned a few things about her personality. “She [played] the beauty queen role with abandon. She giggled and smiled through all her answers, and when she was asked to pose for a photo, she sidled up to a bust of Dzerzhinsky and positively cooed. She [was] not married and [said] she ‘doesn’t necessarily’ date only KGB men,” the correspondent noted. 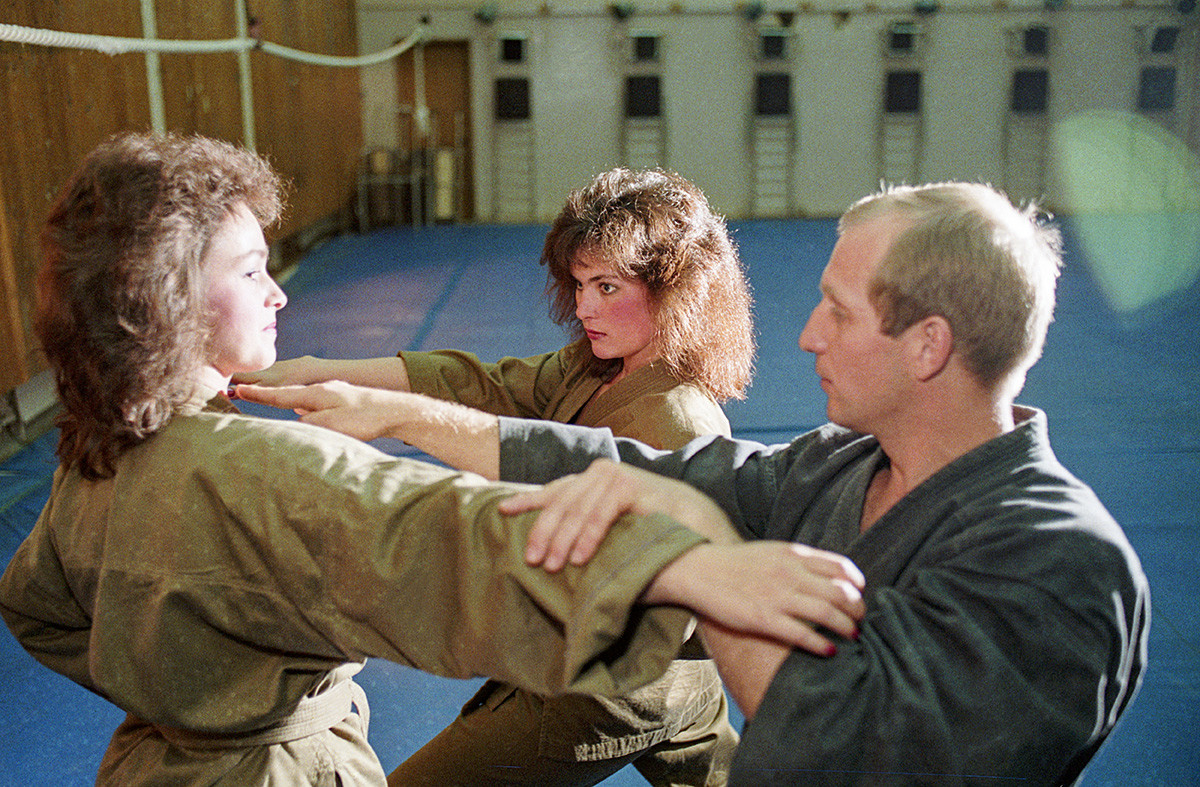 Yet, more importantly, he also learned that the beauty contest which bestowed the crown of Miss KGB upon Katya Mayorova was “private” and the number of contestants was kept undisclosed.

Some believe there was no beauty contest whatsoever, but only Vladimir Kryuchkov’s — the head of the KGB at the time — desire to change the public image of the KGB from an eerie repressive security apparatus to a state institution serving for the good of the public. 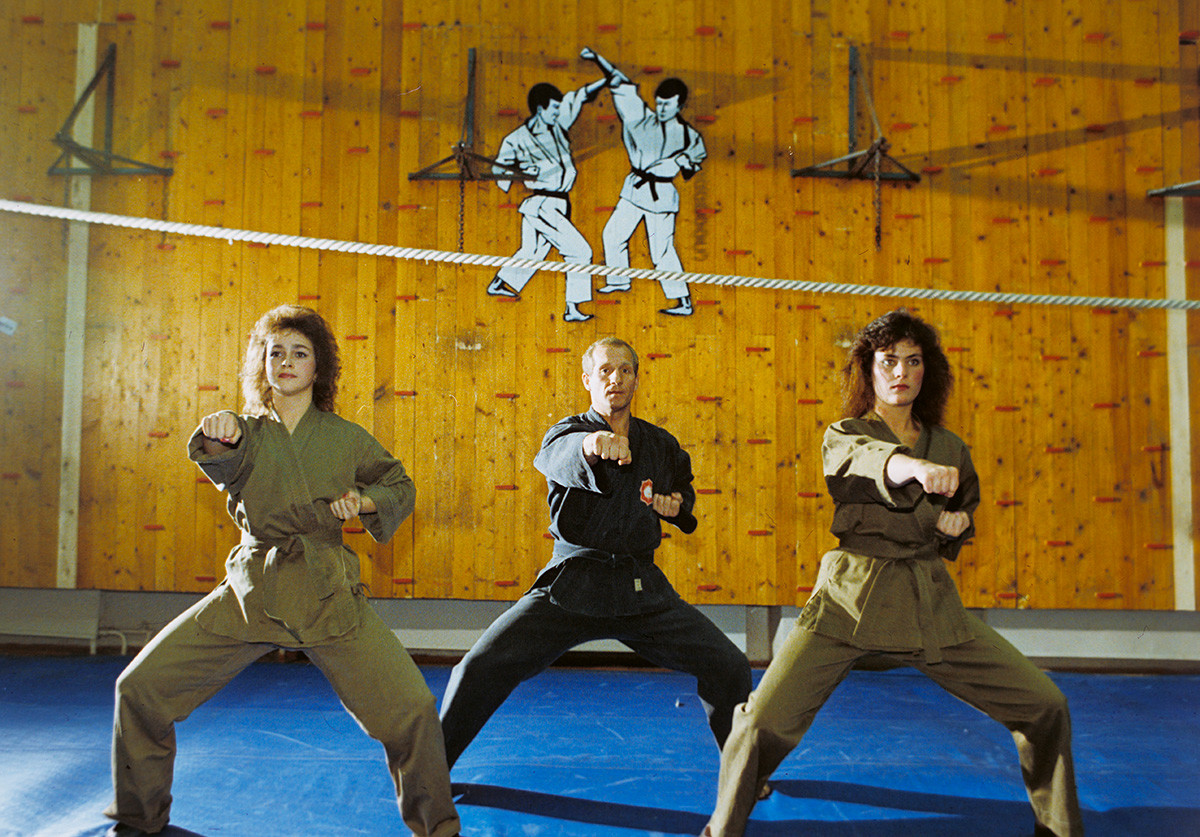 Regardless of whether there was a contest or not, this initiative did not yield much result, as the KGB ceased to exist as an institution, replaced by the Federal Security Service of the Russian Federation — aka FSB — soon after the collapse of the Soviet Union.

What happened with Miss KGB after the fall of the USSR is not known. She simply vanished from public radars as swiftly as she appeared on the front page of Komsomolskaya Pravda. 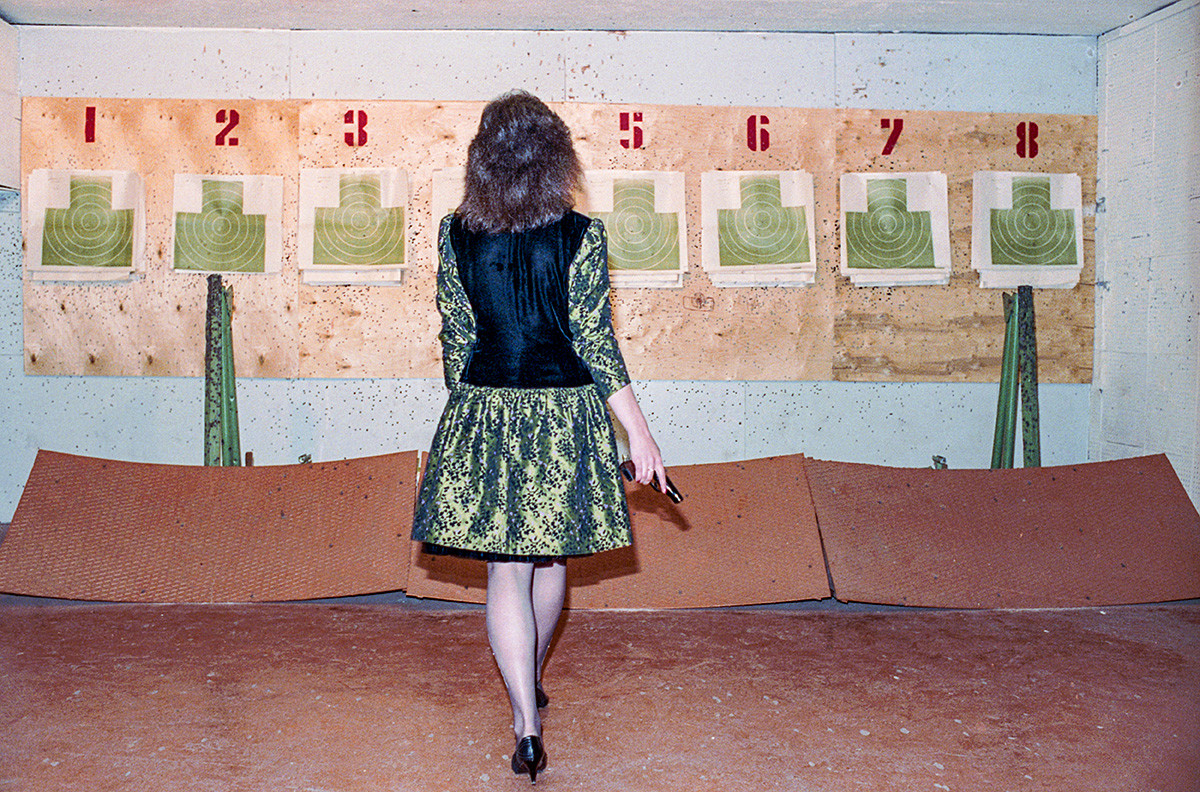 This was not the last time a security institution appealed to the public via a positive feminine image. Click here to read the story of Darya Yusupova, Russia’s most likable policewoman.