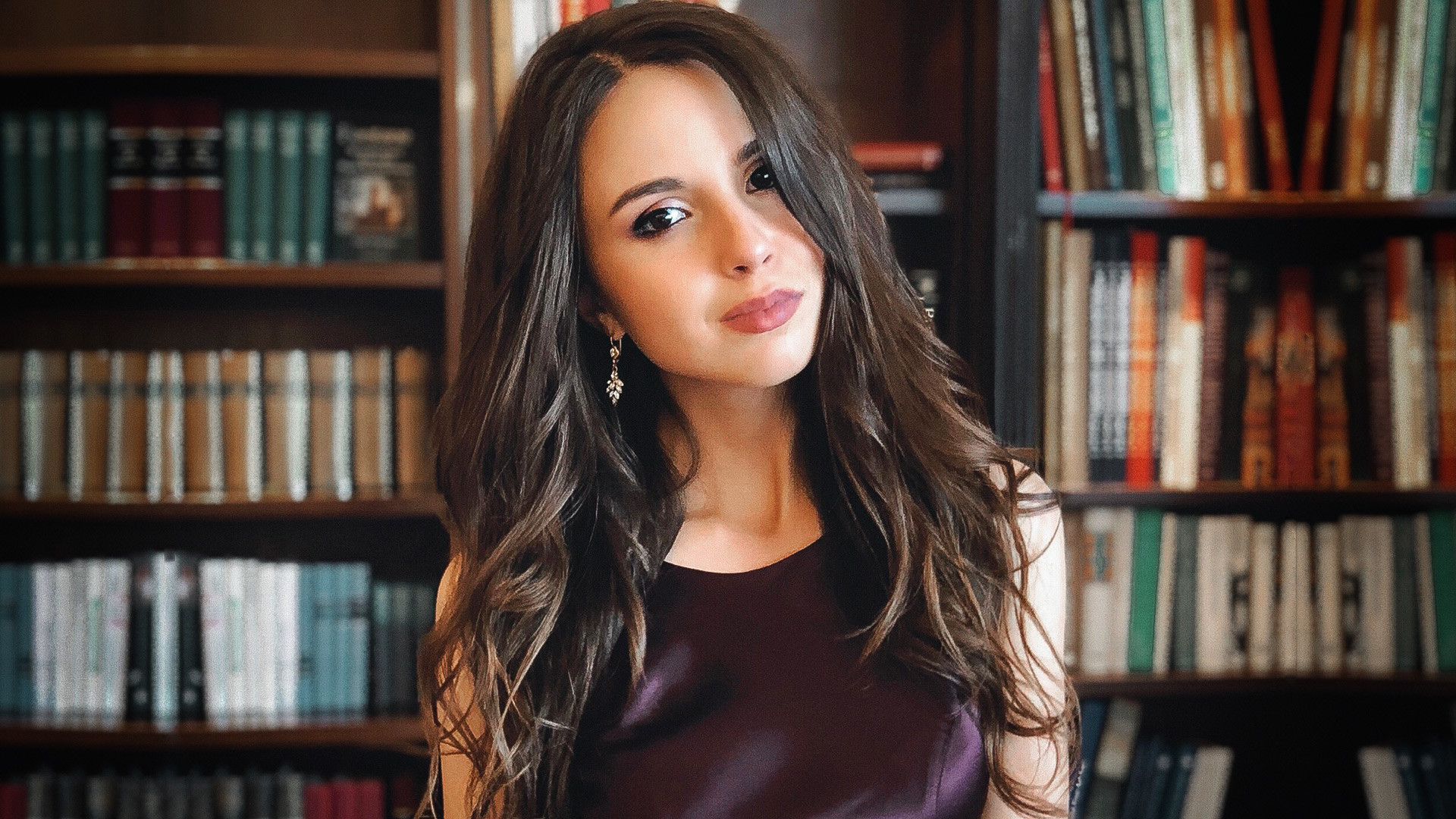 Personal archive
The senior sergeant in Russia’s mounted police has starred in a TV show and fights gender stereotypes within the police force.

1. Darya Yusupova is a regular senior police sergeant. What is perhaps less regular is her 'crown' as Russia’s “most beautiful woman police officer" and participation in a TV show. Despite her popularity, the 24-year-old stunner continues to work in what is still considered in Russia to be a 'male' profession. 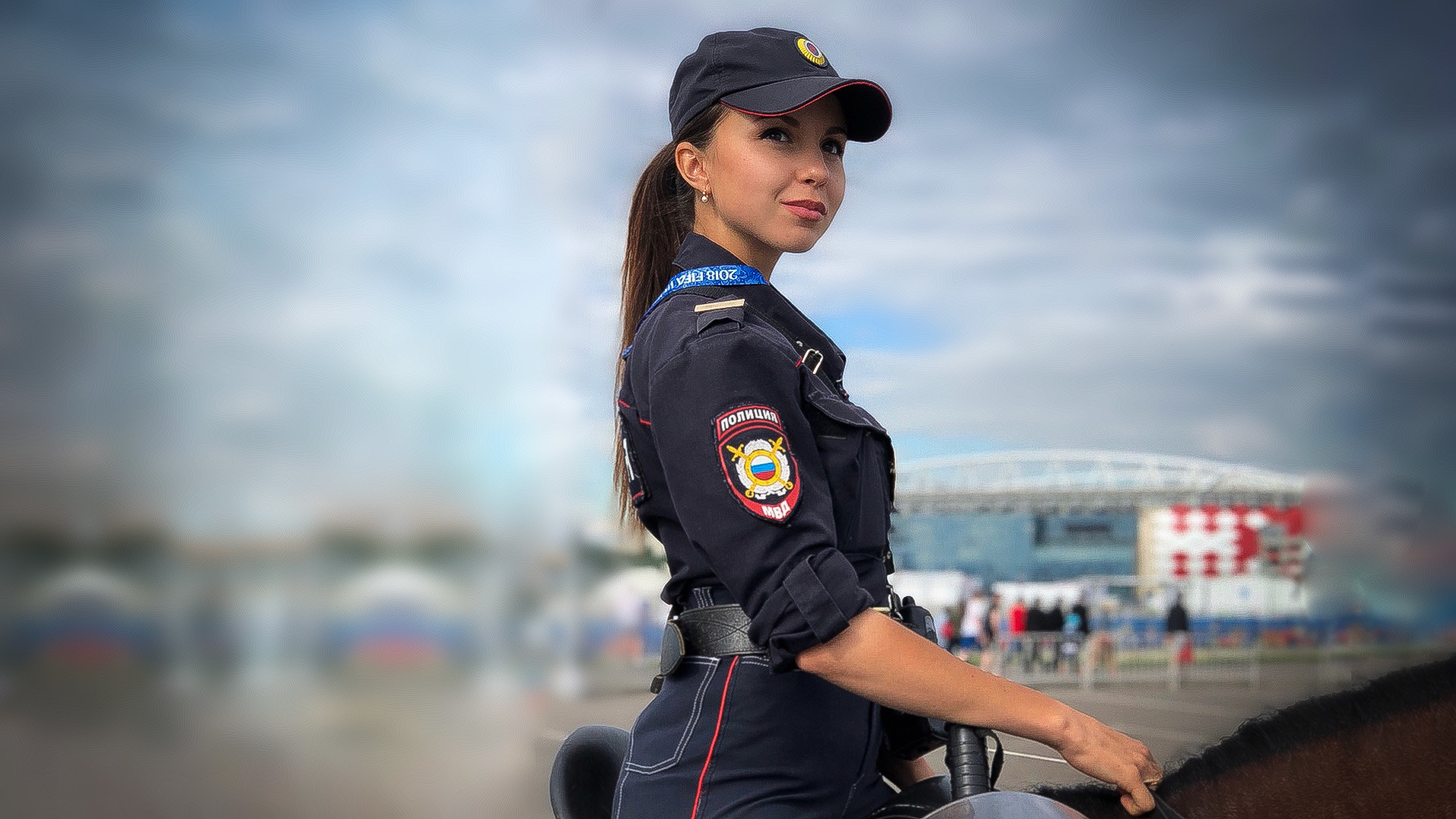 2. Darya joined the police force when she was just 18 years old.

“After school, I moved to Moscow, went to a police station and said I wanted a job there. I didn’t even know I had to phone in advance.” 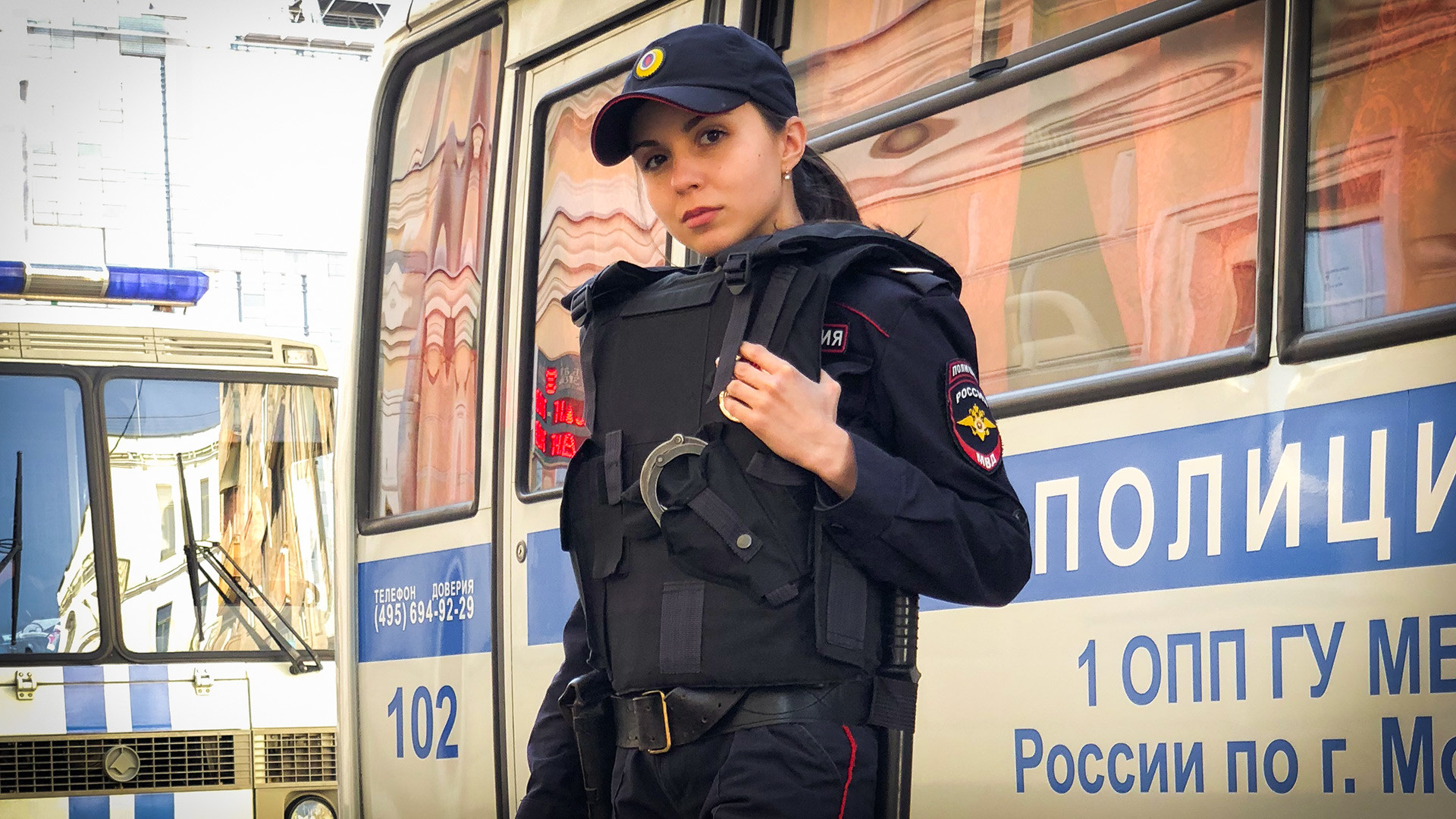 3. The young woman passed a background check and was accepted into the mounted police division, as she already had riding experience, despite her tender age.

“Ever since childhood, I liked this kind of job, but I couldn’t decide for sure what to do. I decided to combine my horse-riding skills with helping people. The mounted police was the perfect option for me.” 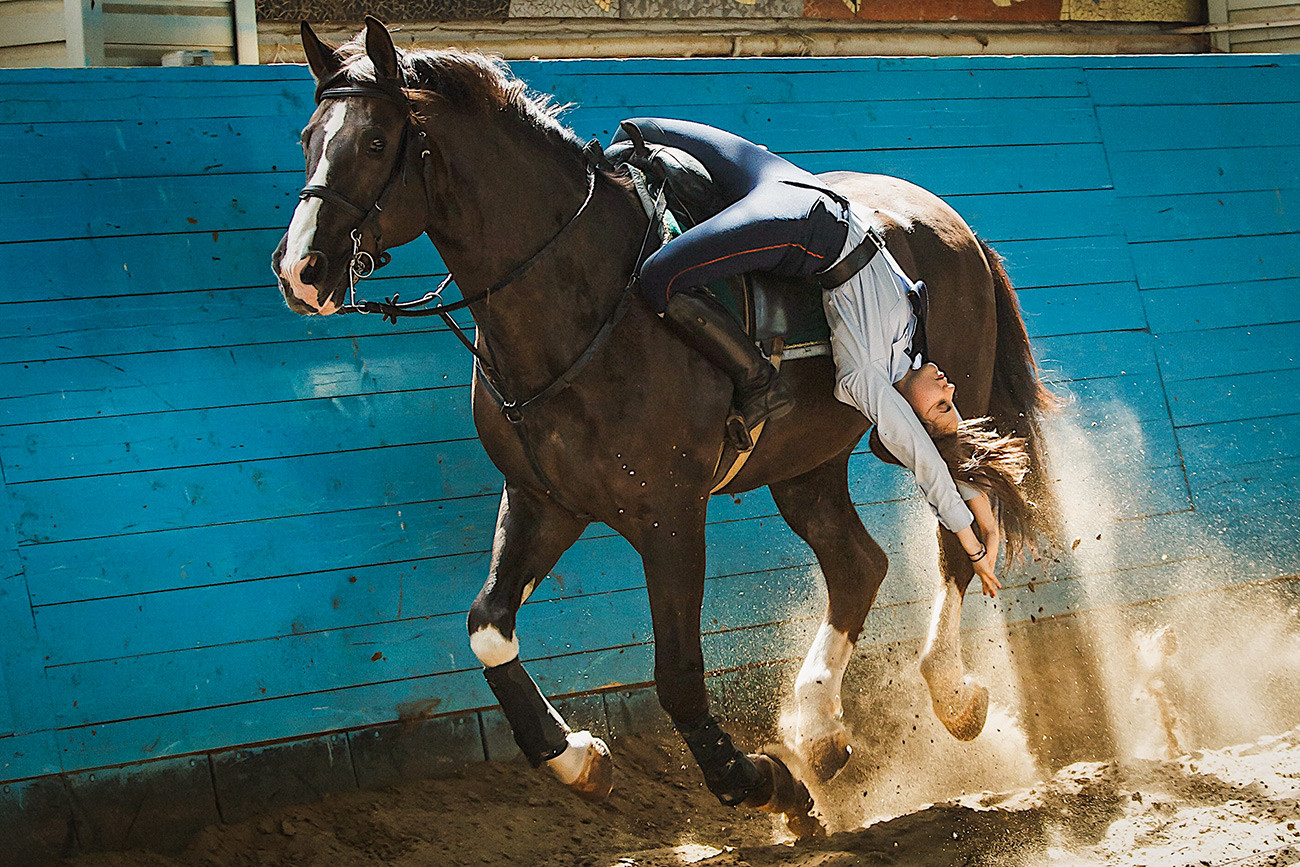 4. Darya had been working for the mounted police for two years when she passed the screen test for the reality TV show, Police, Open Up! The show follows two teams in Moscow’s Patrol and Inspection Service (PIS), in which two experienced officers are each assigned a trainee unfamiliar with policing the streets. 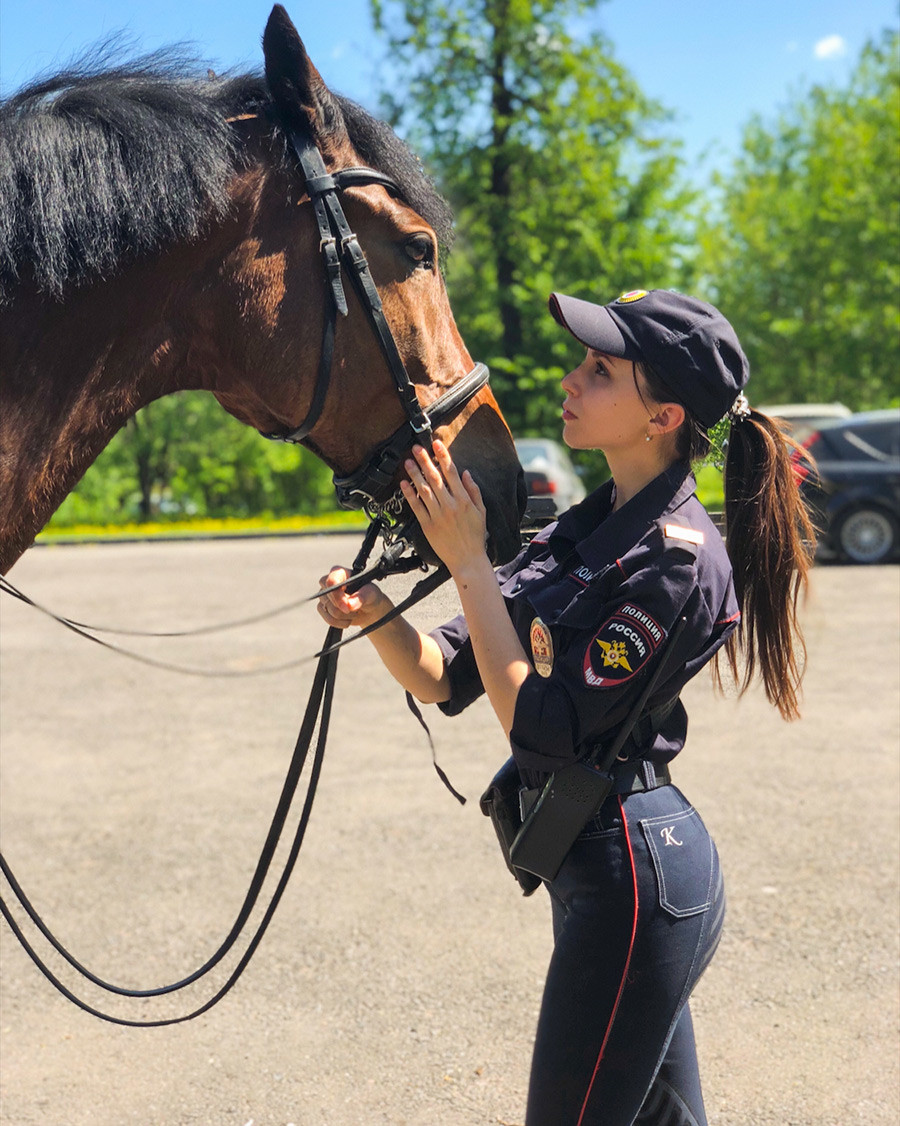 5. The young, fragile, and seemingly defenseless woman was ideally suited for the project, due to her lack of experience in the service and not-so-typical (for this job, at least) physique.

“I was a trainee. In the mounted police, I already knew everything, but in the PIS I was a rookie. For me, it was something new and interesting.” 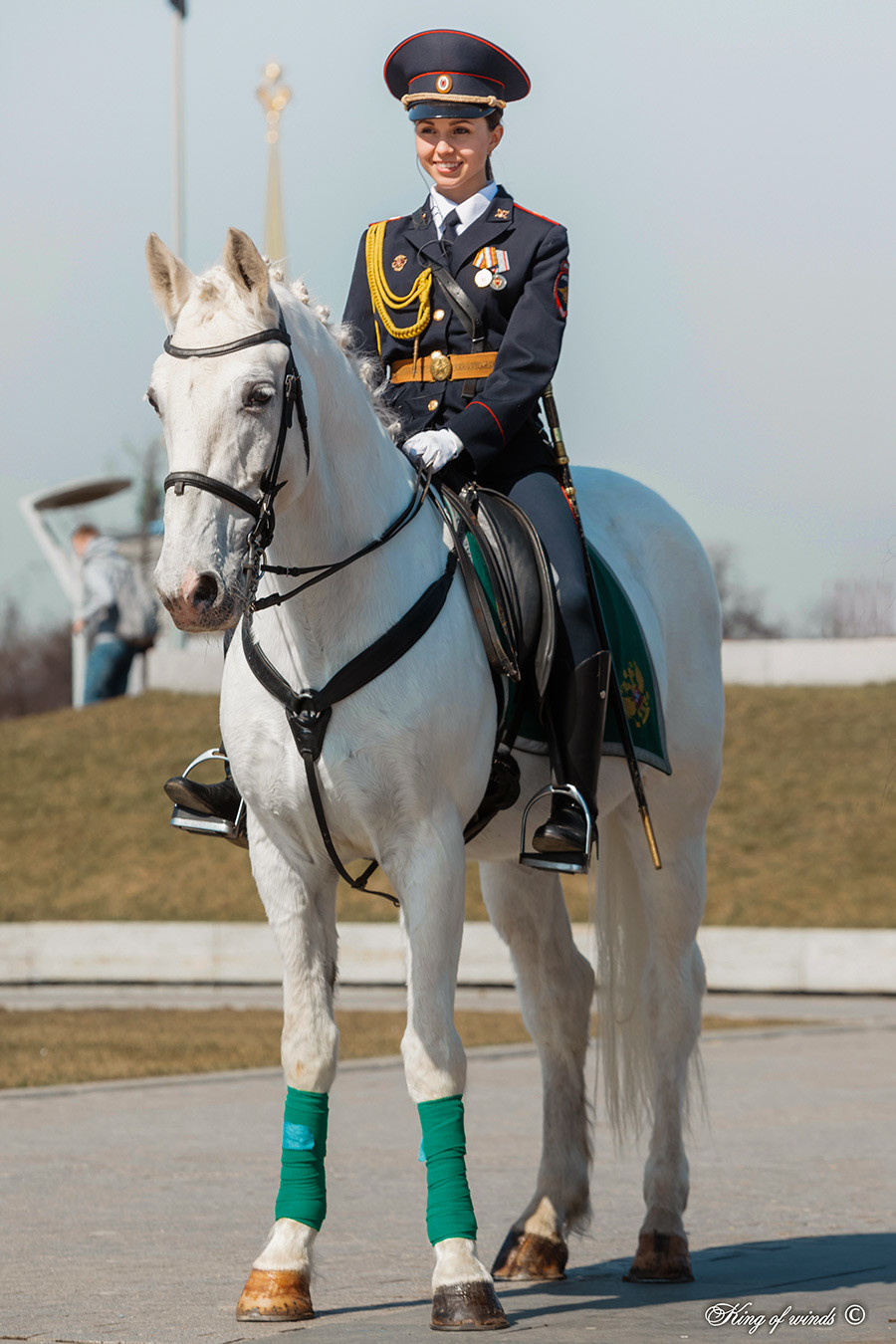 “One night, our cameraman was attacked by a group of drunks. They didn’t like being filmed. My partner Renat managed to overpower one of them. My task was to protect the cameraman and restrain the aggressor, but he decided to pick a fight with me. It was then I realized I was alone against this huge man. But he got distracted by passers-by and I was able to slap handcuffs on him.”

7. As a mounted police officer, Daria has to cope with difficult situations.

“There was a soccer match in Moscow. The fans had fireworks. Horses don’t like them at all. I had to make sure my horse was OK and disperse the crowd at the same time. But everything went well.” 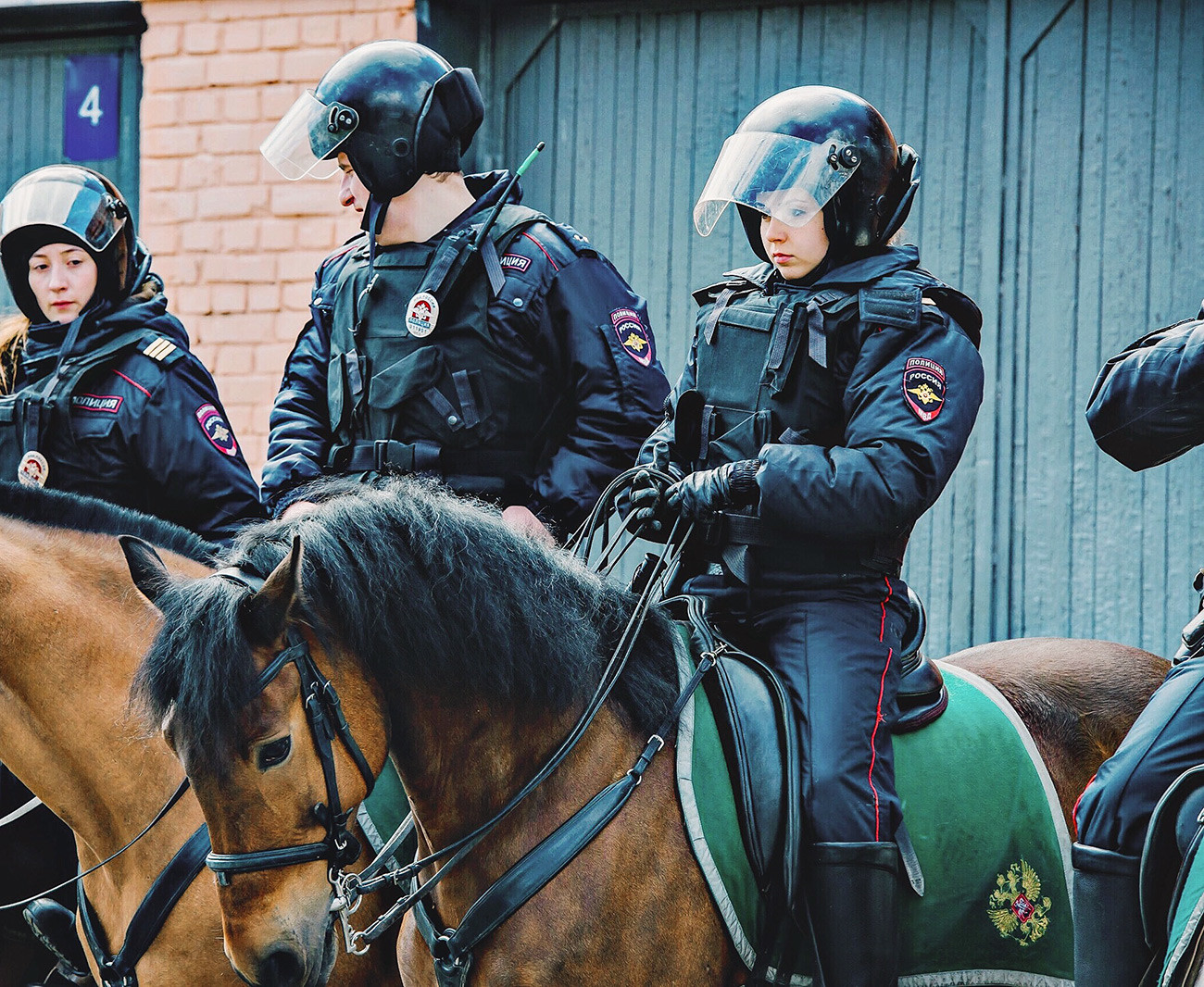 8. The young woman says that despite the danger, she never feels afraid on duty.

“I’ve never been overwhelmed by fear. When danger strikes, I realize I’m the one responsible for sorting things out.” 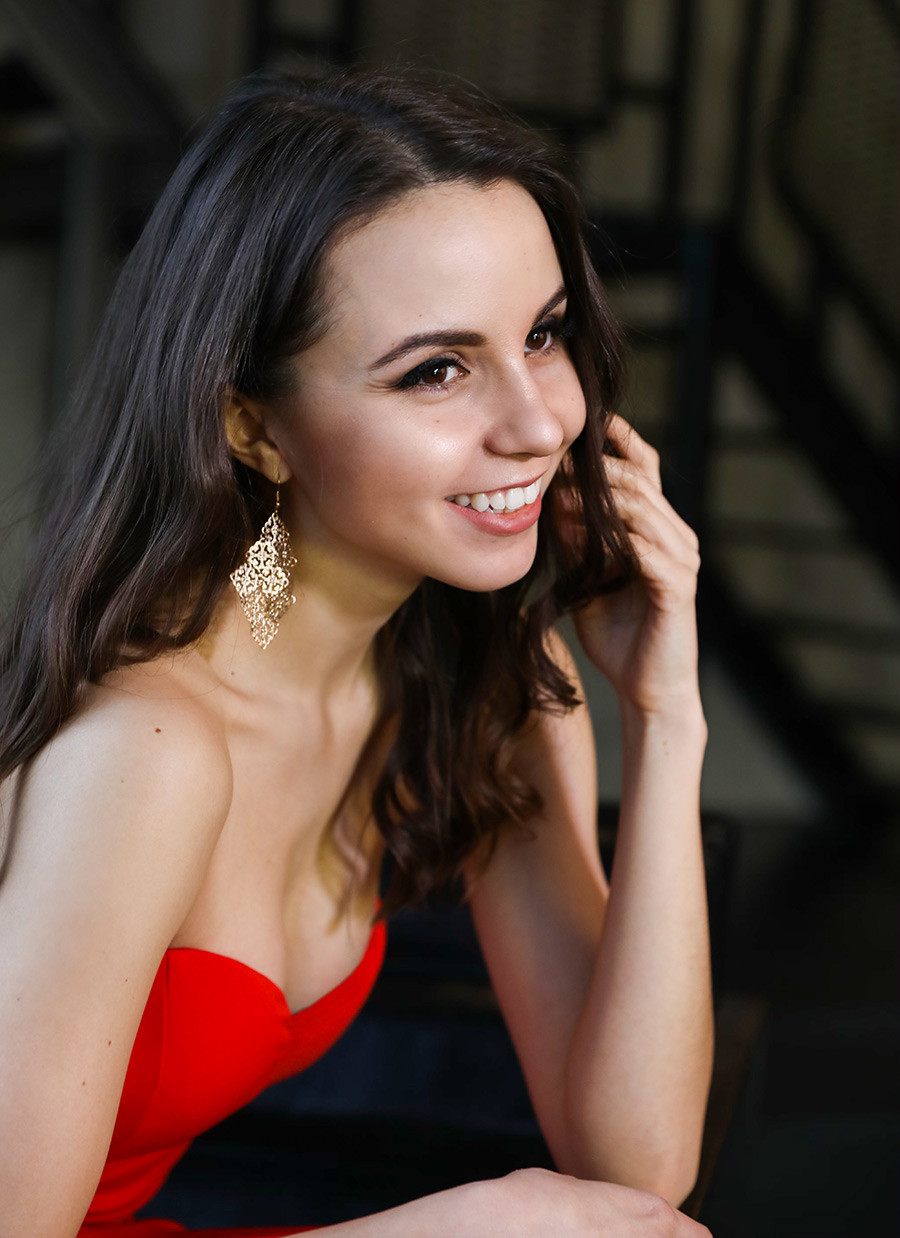 “It weighs heavily on me when I meet people from deprived backgrounds. It cuts deep inside and seeps through my soul. I feel so sorry for them.” 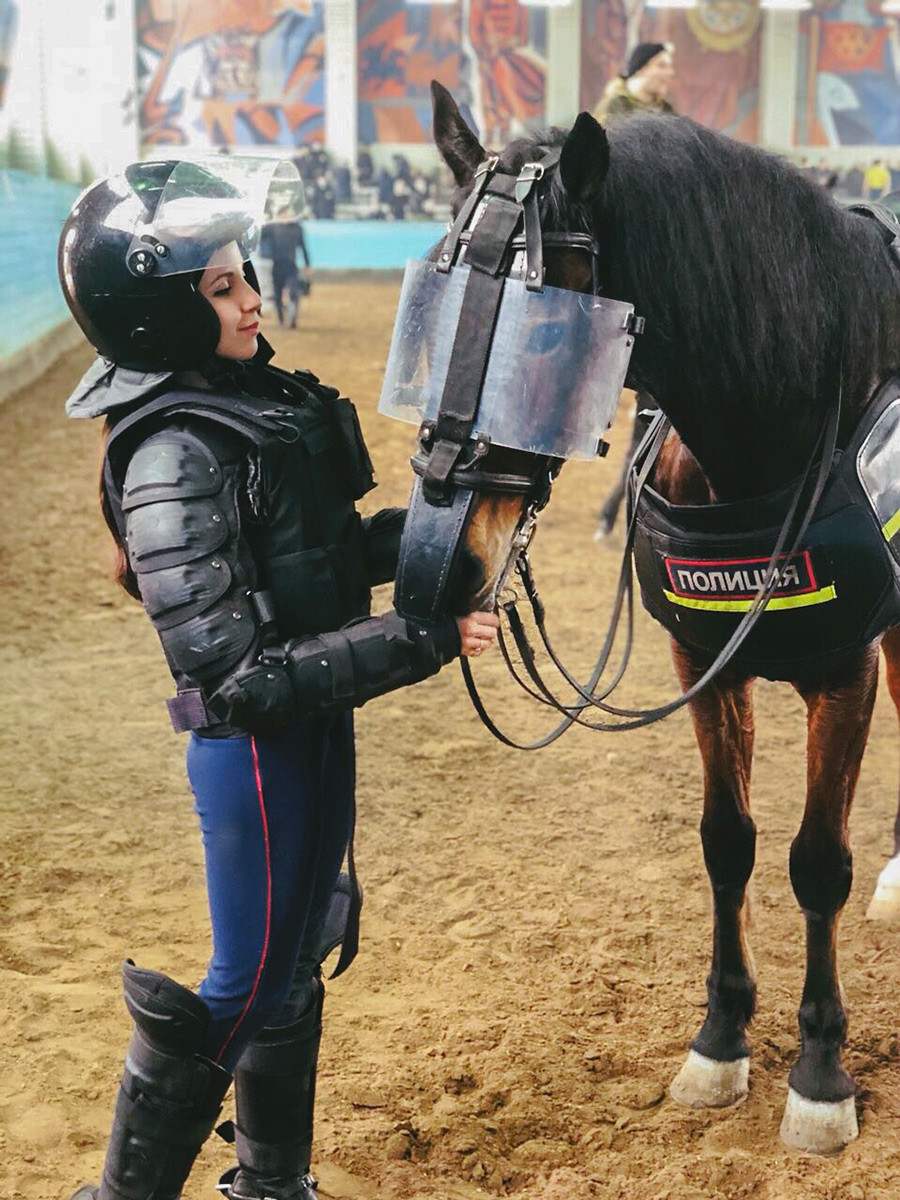 10. Despite the great psychological burden, Darya remains an optimist and tries to find pleasure in her work.

“Often, well-wishers come up and thank us for patrolling the park. Children are very happy to see us, and ask if they can stroke and feed the horses. When you see such joy and sincerity, it produces positive emotions. Moments like that are energizing.” 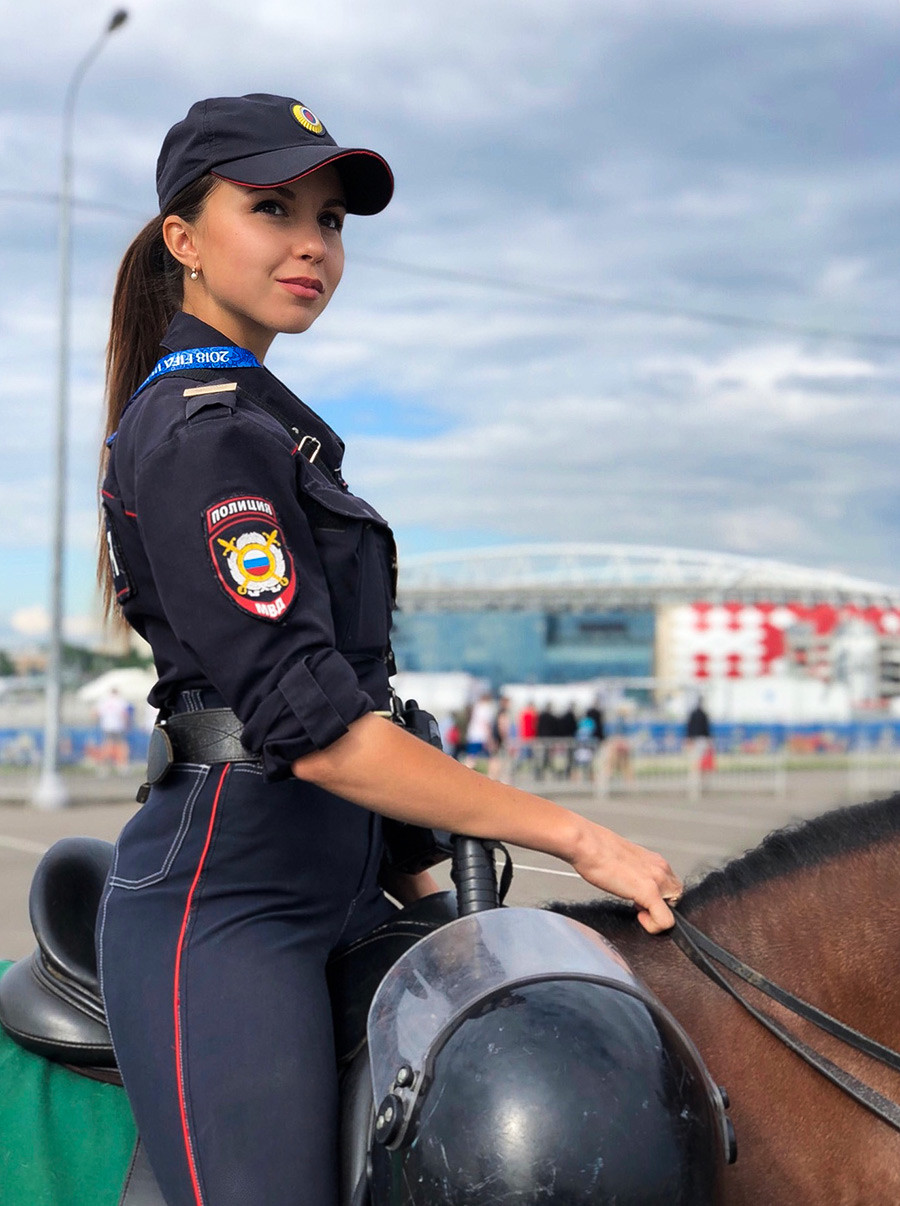 11. It was during filming of the reality TV show that Darya met her future husband, Renat Yusupov, who became her patrol partner completely by chance.

“He was my mentor. Many people assumed it was all fiction, but that was really how it was.” 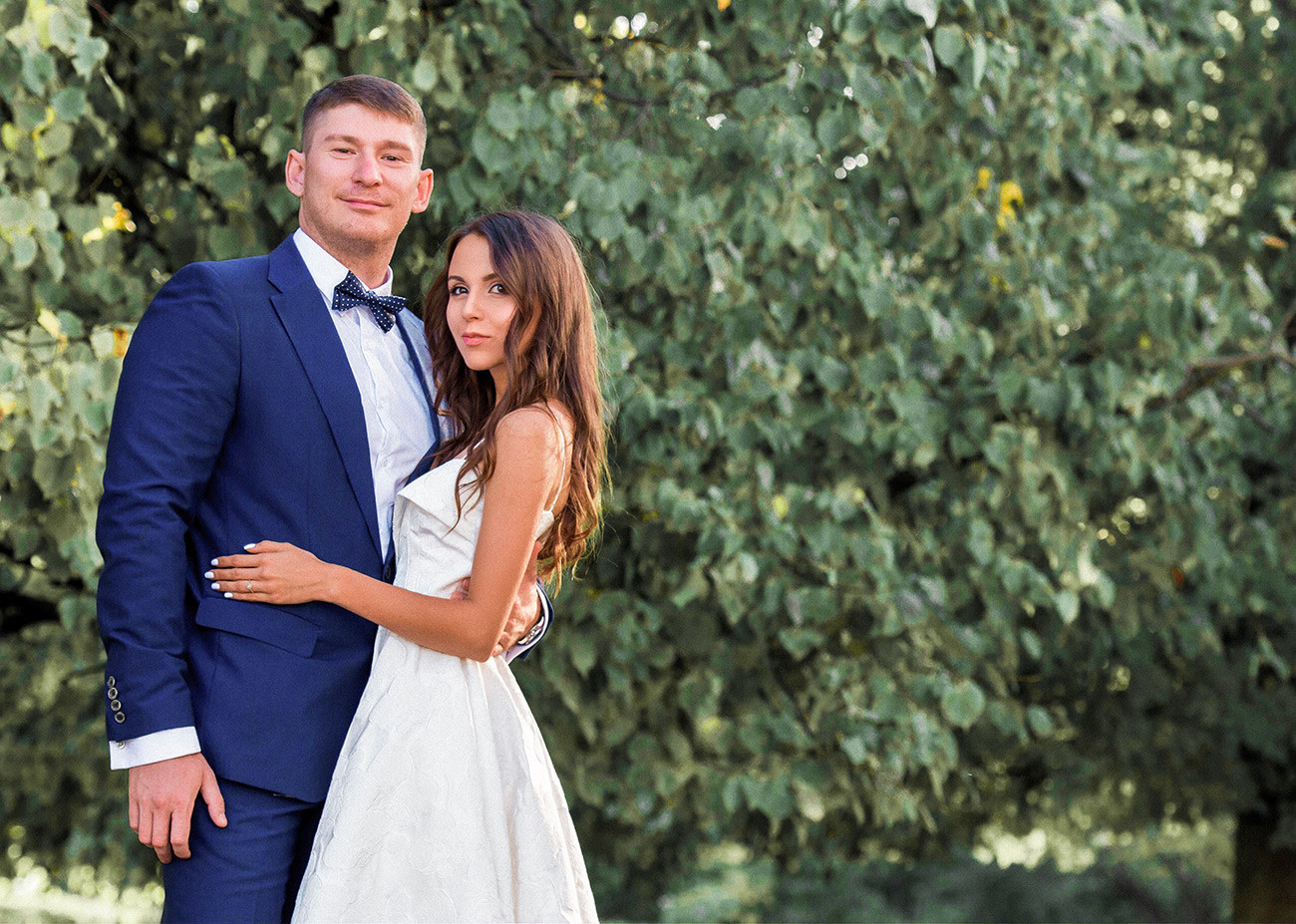 12. Senior Sergeant Renat Yusupov had been patrolling Moscow for more than a decade when inexperienced trainee Darya, unaccustomed to the mean streets, was assigned to his command.

On occasions, the seasoned cop arranged some real tests for her, and didn’t pull any punches with his criticism.

“He later admitted he sometimes scolded me more as a preventative measure, rather than for anything specific. Sure, some moments didn’t go great for me. But who’s perfect? Every trainee makes mistakes.” 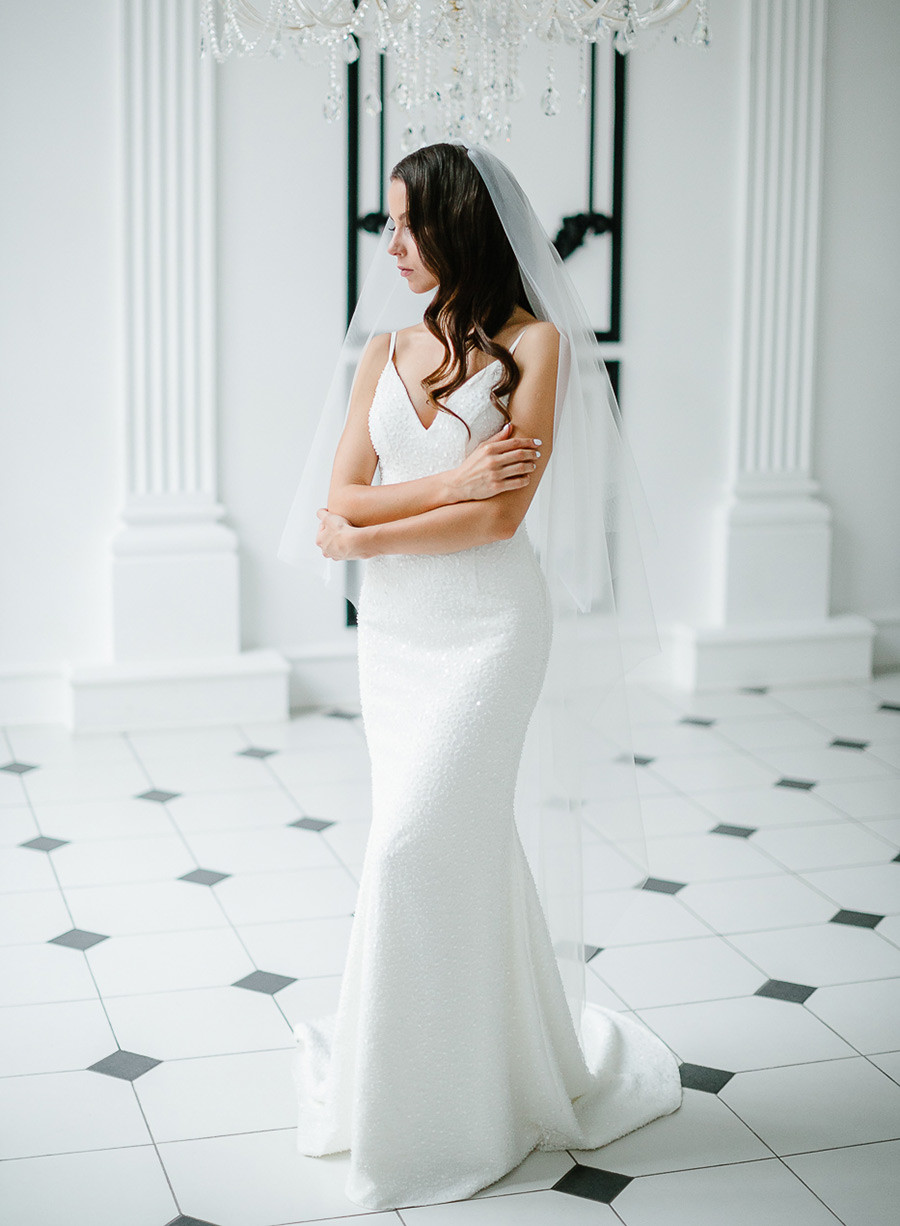 13. By the end of the project, Renat’s attitude to Darya had changed radically.

“My husband told me he was amazed by my strength and stamina. I can’t remember how many times they tried to psych me out to see if I could cope. But I managed to make the guys respect me.” 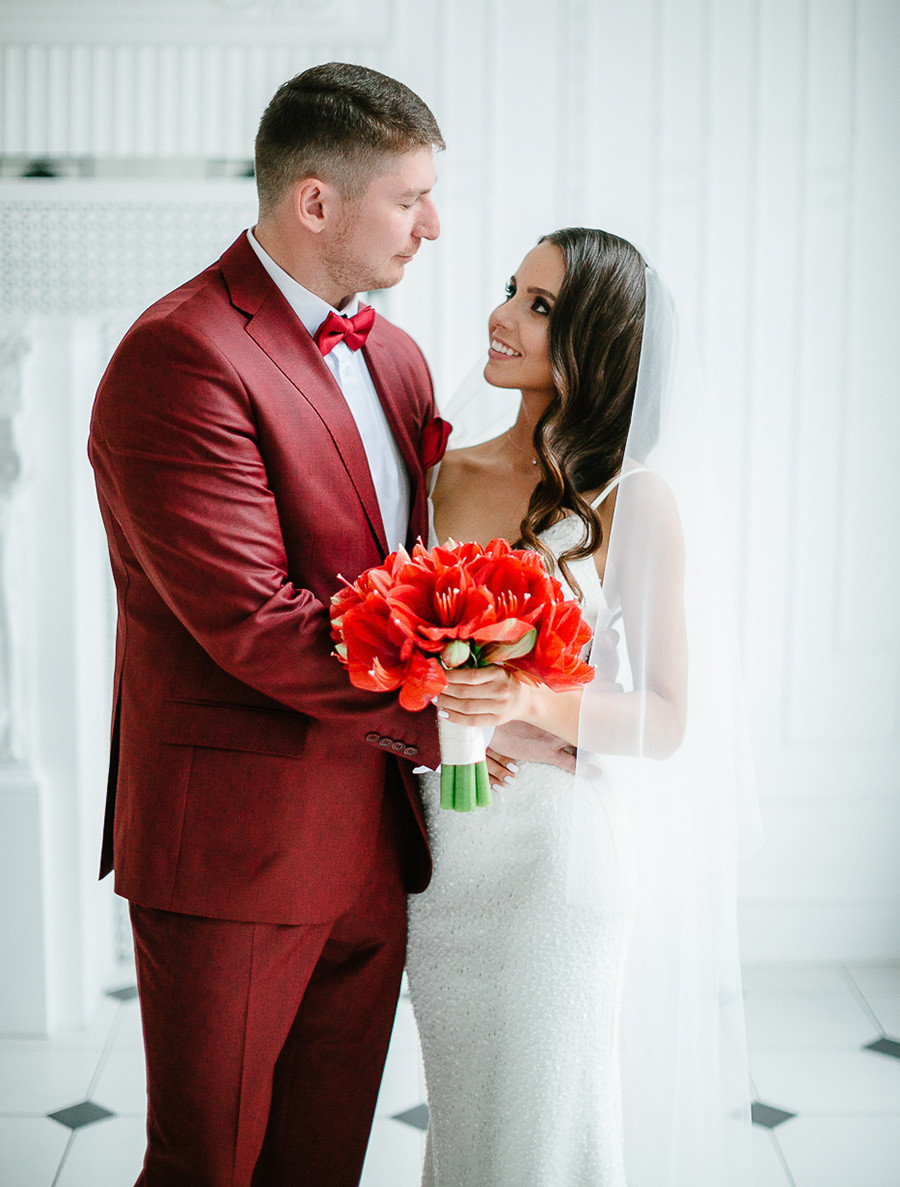 14. After filming the show, Darya returned 'home' to the mounted police, where she had begun her career.

“Not many women work in the PIS. There are more men there, and I was an outsider. In our division (the mounted police), there are lots of women – roughly one third of the force.” 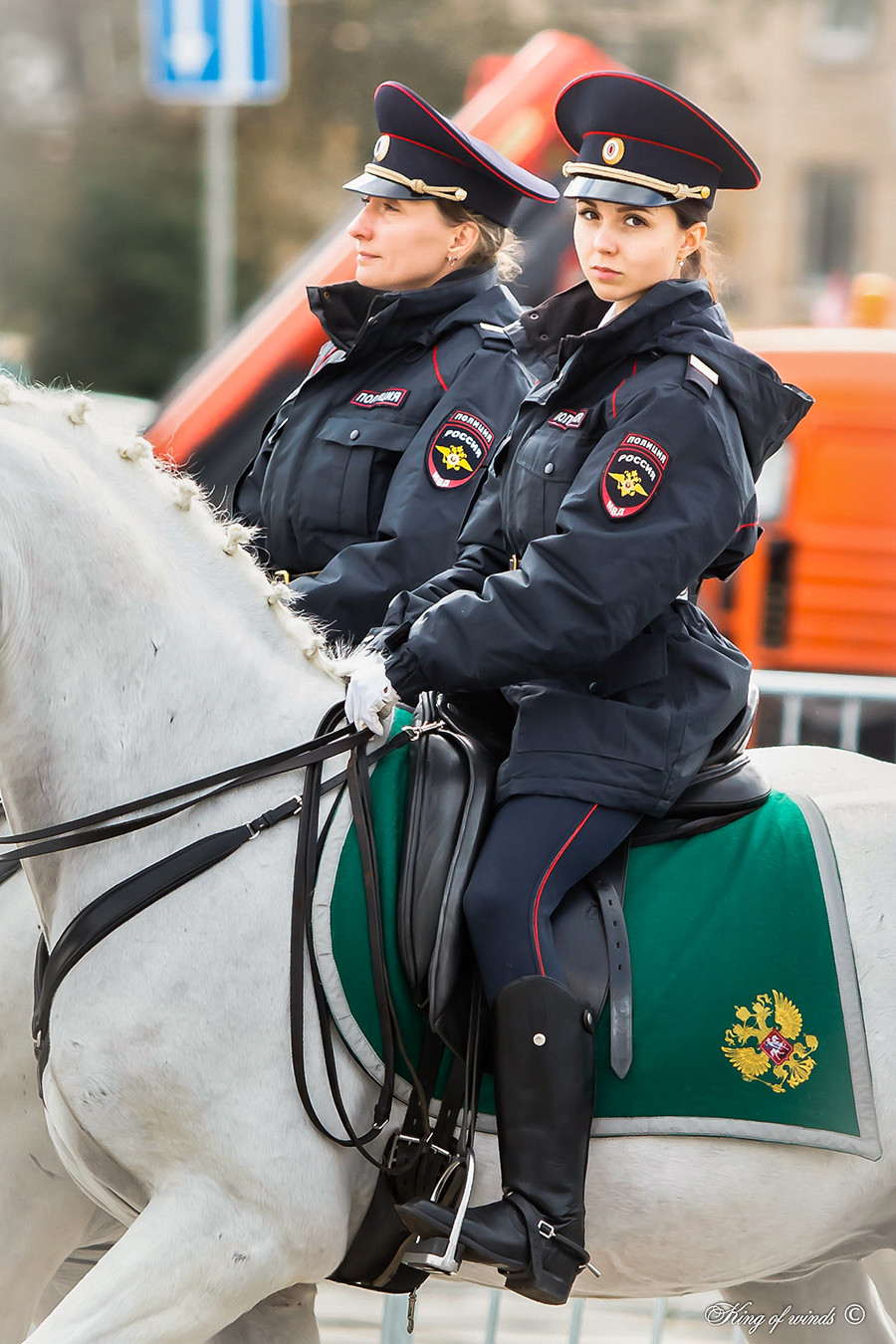 15. That said, Darya does not categorize officers by gender.

“In the police, there is no dividing line between women and men. We all have the same duties.” 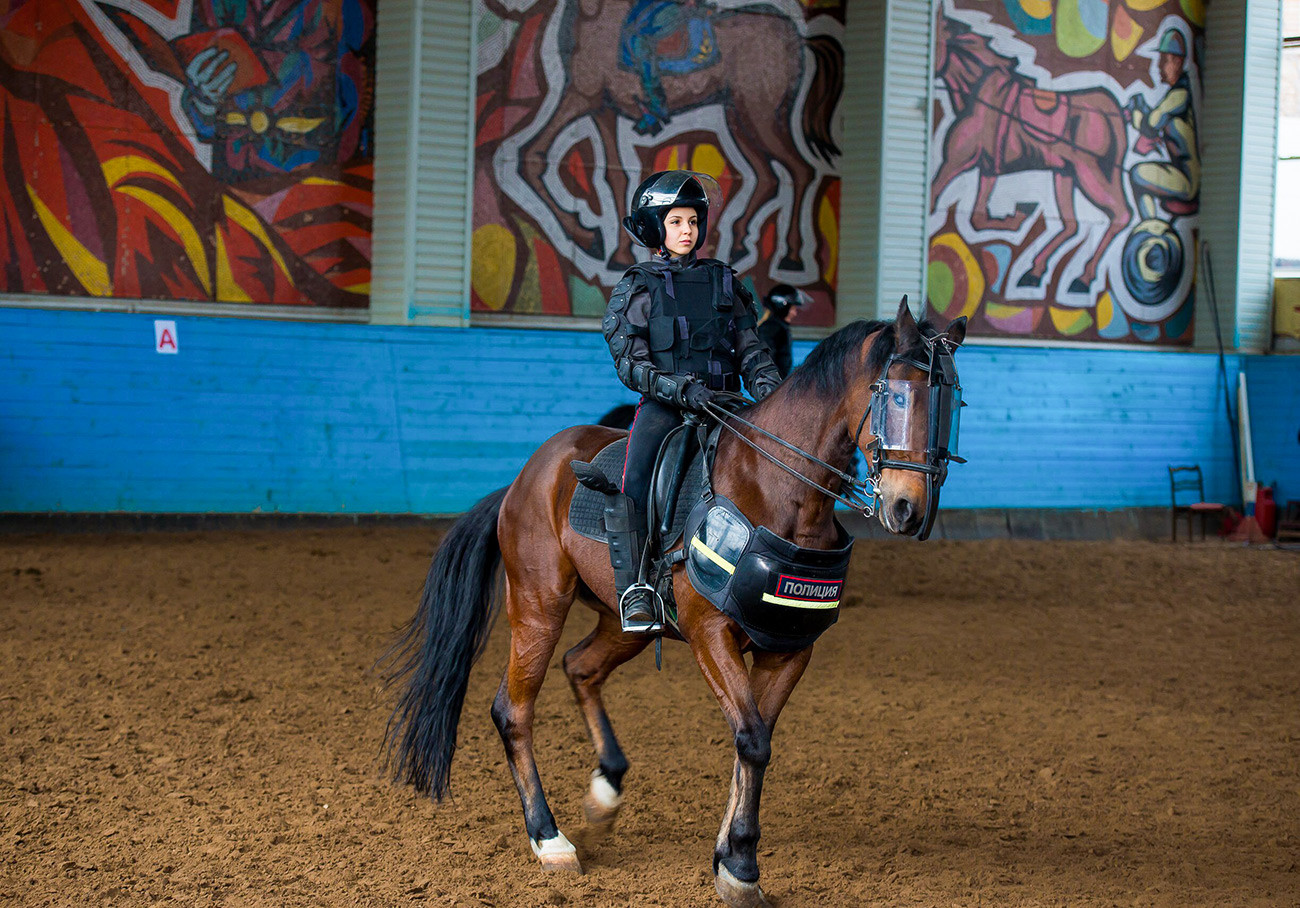 16. Darya has almost 50,000 followers on Instagram, but no right to earn advertising bucks.

“I’m not allowed to do extra work or earn extra income. I do Instagram as a labor of love and for the people who follow me.” 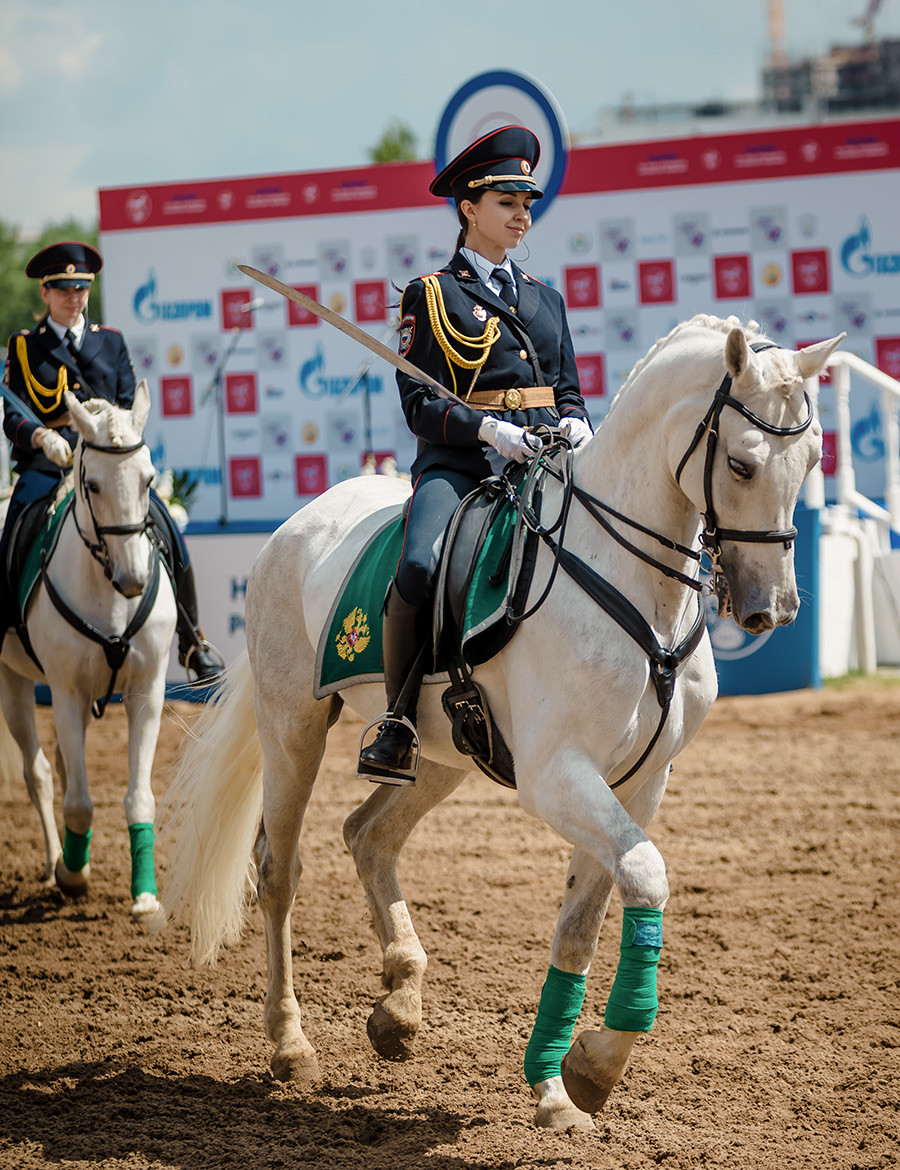 17. Darya uses her account to tell people considering a job in the mounted police what it’s really like and whether it would suit them.

“I myself had strange notions about the mounted police, because no one talked about it. No one knew what the mounted police actually did. That’s why I want to tell other people about it. I want to help people like I once was, and give them all the details to let them decide if riding a police horse is their thing.” 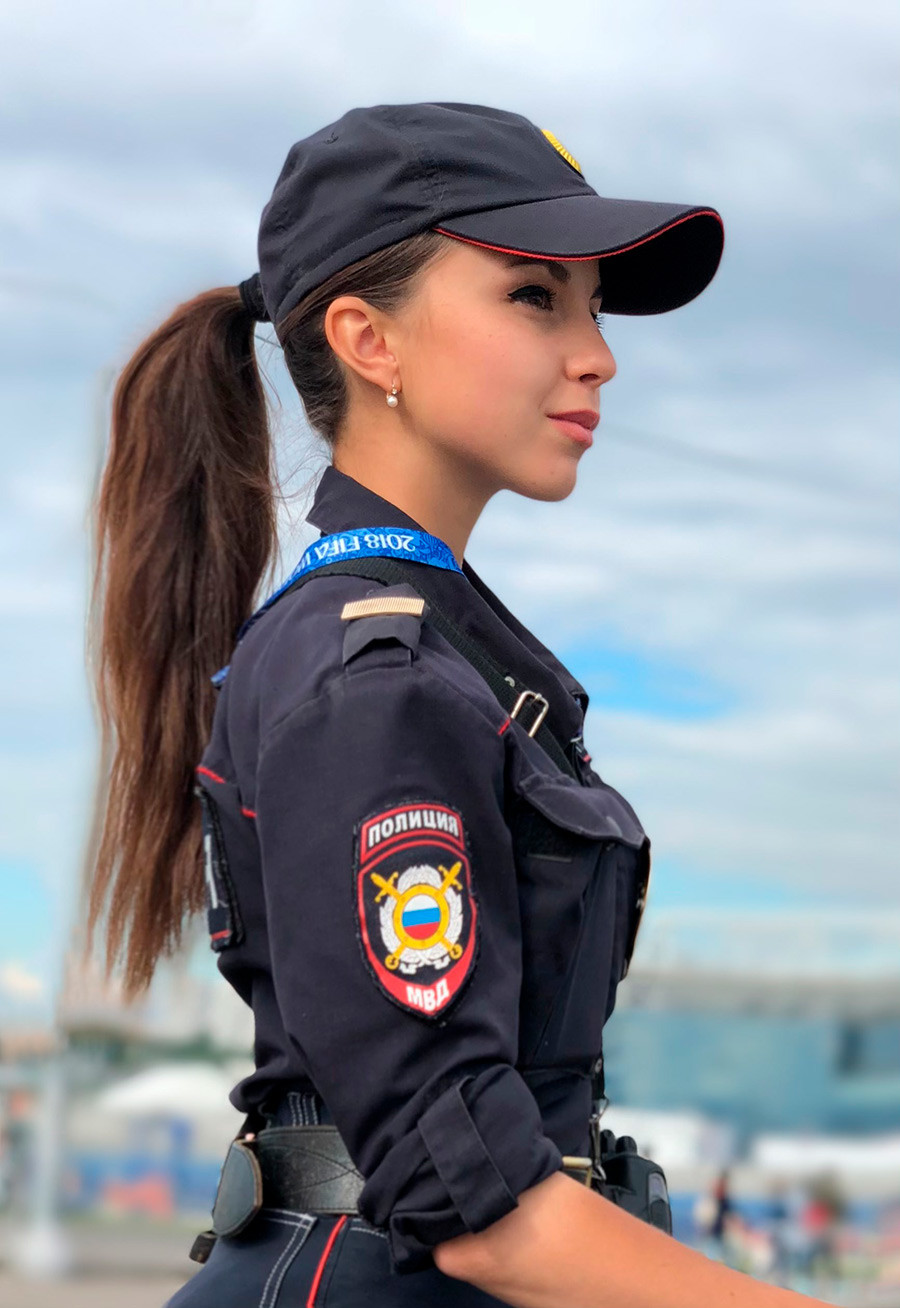 18. According to Darya, young women who dream of serving in the police should be seriously motivated and prepared for difficulties.

“It’s not an easy job. If you just want money for doing little, look elsewhere. But if you want to ensure public order and help people, you’re in the right place. Sure, it won’t be easy, but if you have the desire, you’re welcome. No one comes here for the pay, they come here because they want to do it.” 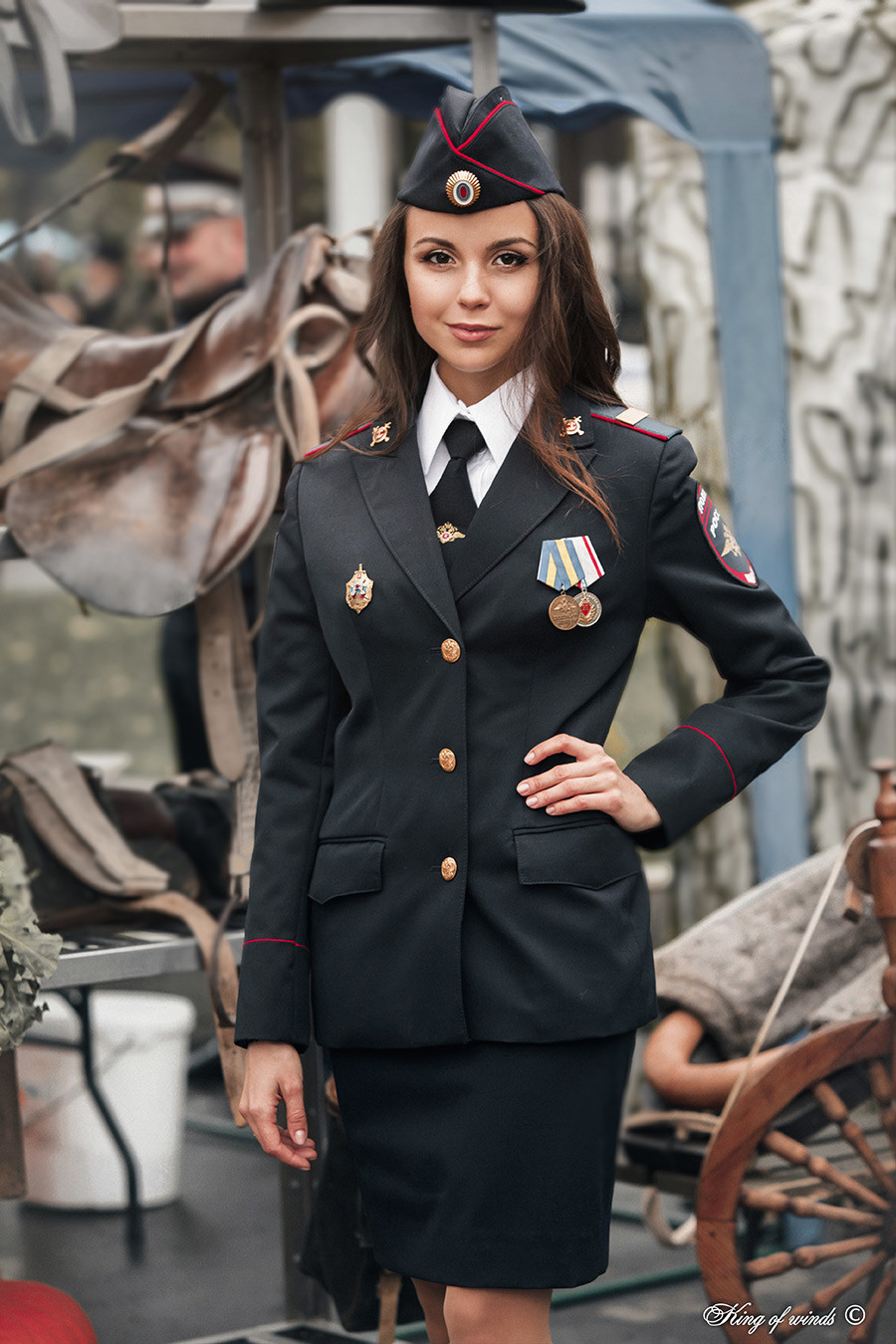 19. Senior Sergeant Yusupova continues to serve in the division and simultaneously study for a degree at the University of the Ministry of Internal Affairs.

Click here to check out more of Russia’s most beautiful police women.