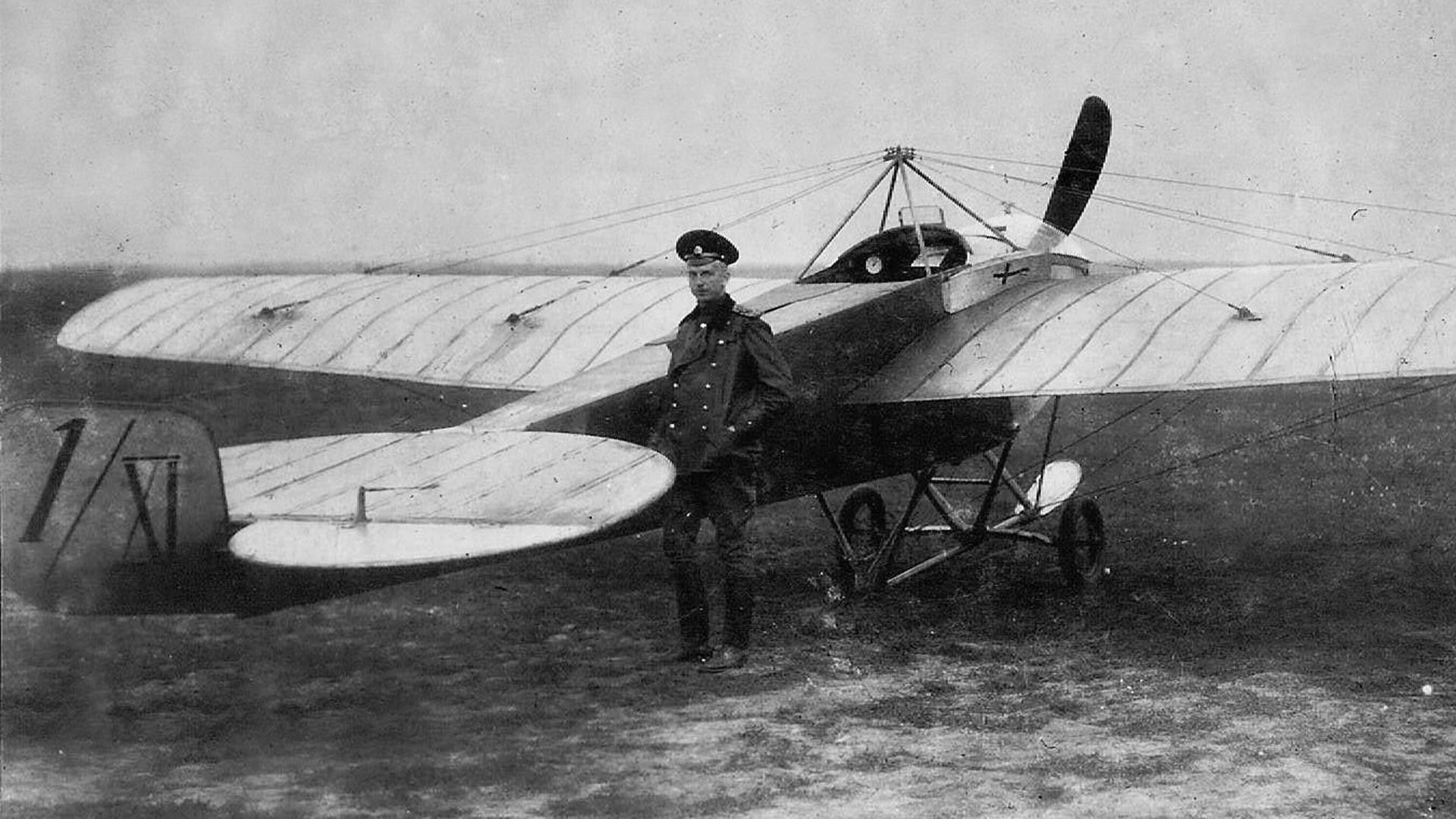 Pyotr Nesterov and the Nieuport IV.G he looped.

Public Domain
The Imperial Russian Air Service, the world’s largest air force at the time, had every chance of becoming also the strongest one in World War I. However, in the end, quantity failed to transform into quality.

At the start of World War I, the Russian Empire possessed the largest air force in the world, consisting of 264 airplanes and 14 airships. It was in Russia that the first multi-engine bomber in history, the ‘Ilya Muromets’, was created, and on its basis, a seaplane for the Russian Imperial Navy that had no equivalents elsewhere in the world at the time. In December 1914, Nicholas II established the first bomber squadron in the history of aviation. 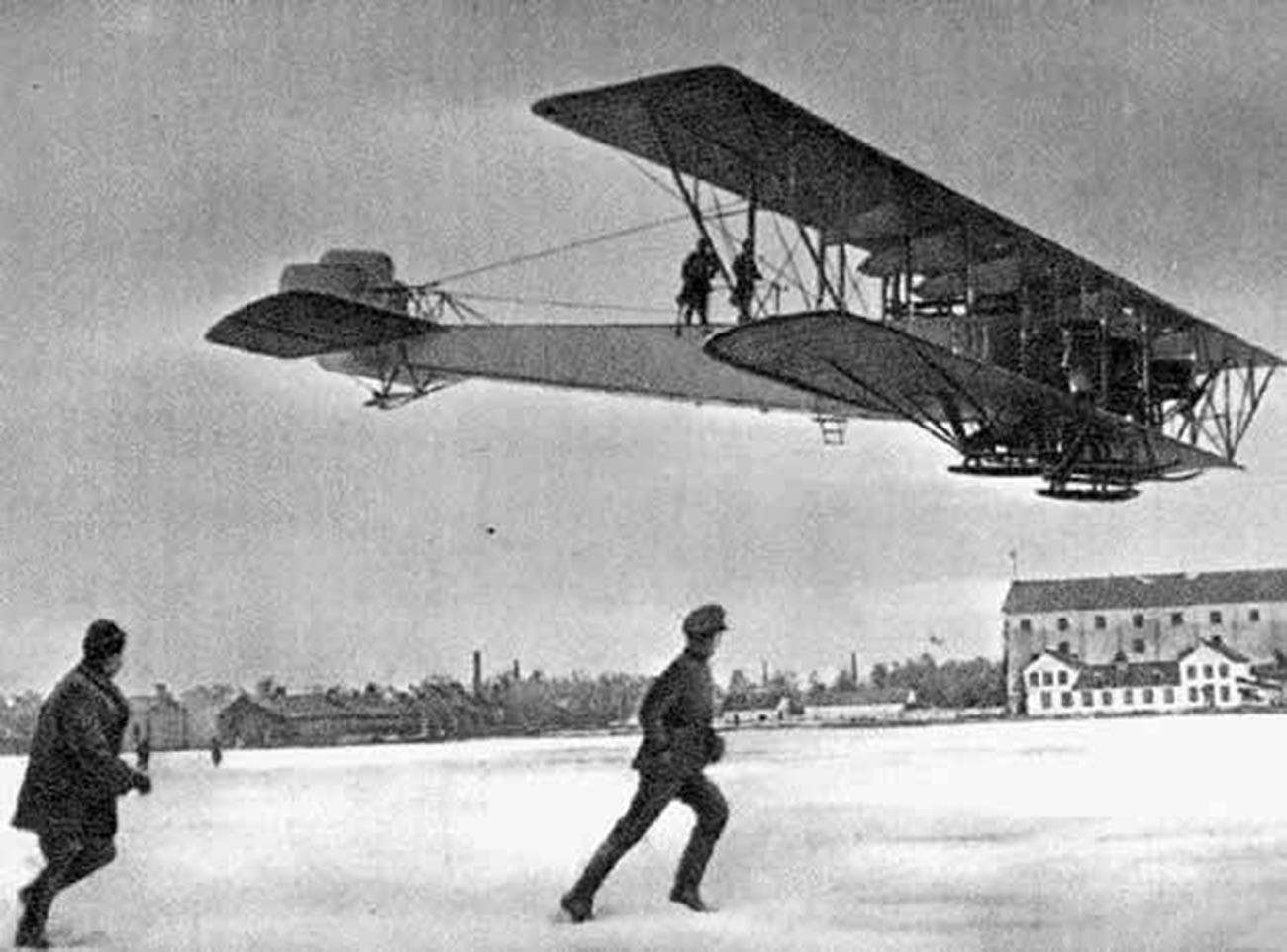 And yet, the Imperial Russian Air Service failed to become the world’s leading air force. The main reason was its technical weakness. 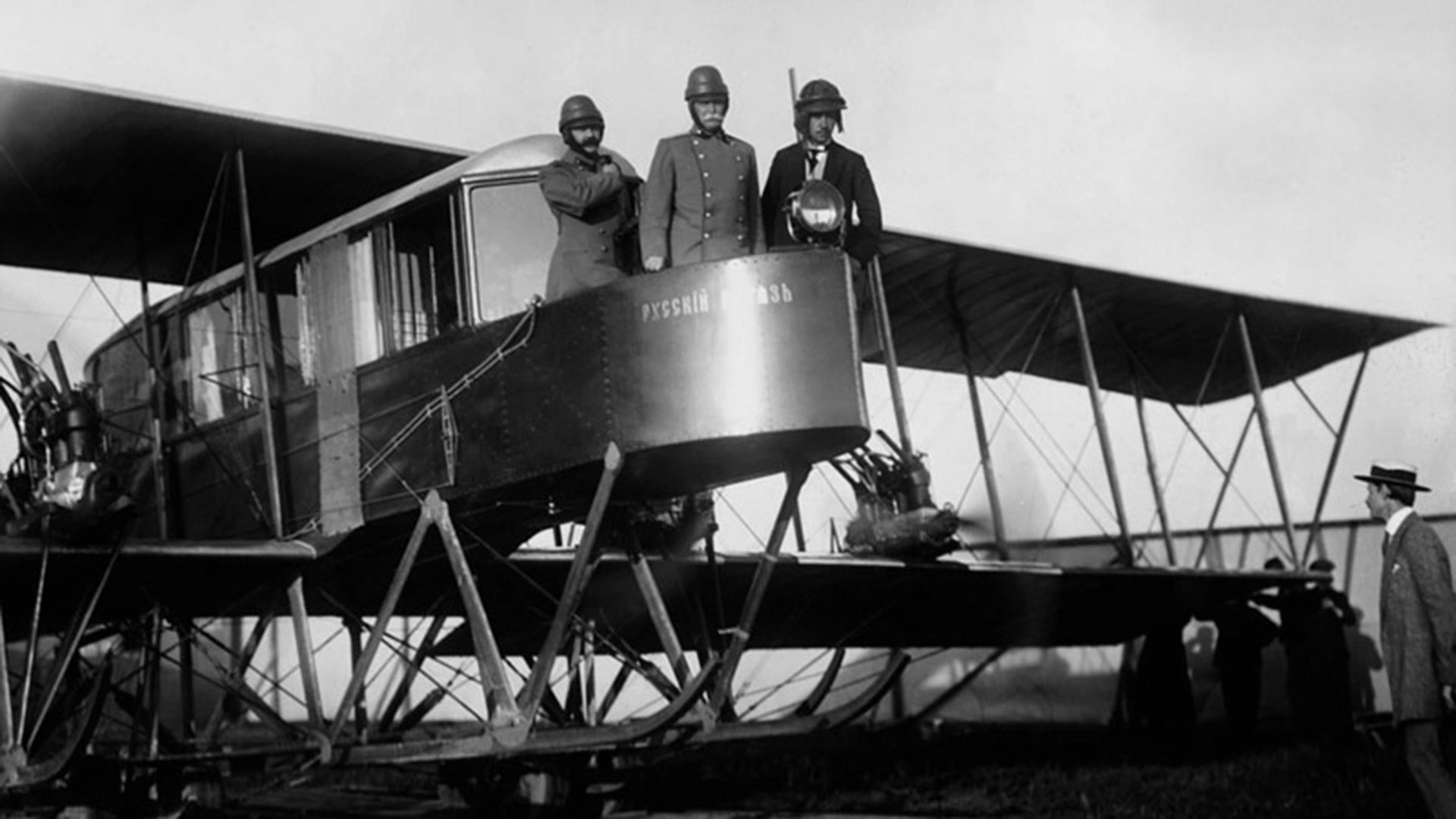 The Central State Archive of Film, Photo- and Phonographic Documents of the city of St. Petersburg/russiainphoto.ru

Russia’s fleet of aircraft, which as of August 1914 consisted mainly of French Nieuport monoplanes, was rather worn out. As a result, at the beginning of the war, most of the losses of aircraft (sometimes up to 90 percent) were not down to air battles, but to accidents caused by technical malfunctions. 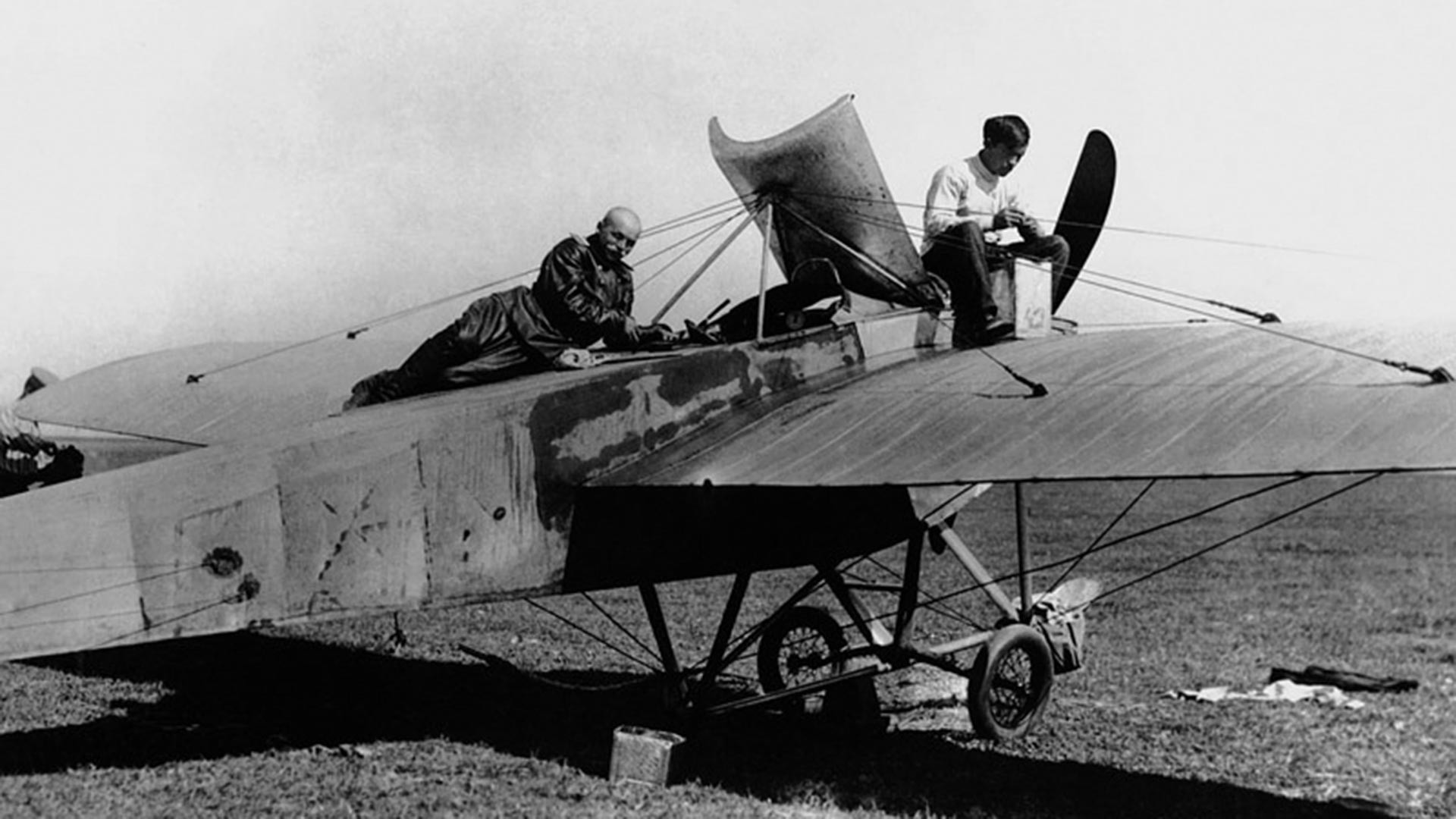 The Russian Empire did not have its own production of aircraft engines. A few were made at a branch of the French Gnome et Rhône factory, while the bulk of engines were purchased abroad. This strategy led to severe shortages in 1916, when the Allies drastically reduced the supply of engines, because they needed them themselves after heavy losses of aircraft in the Battle of the Somme. 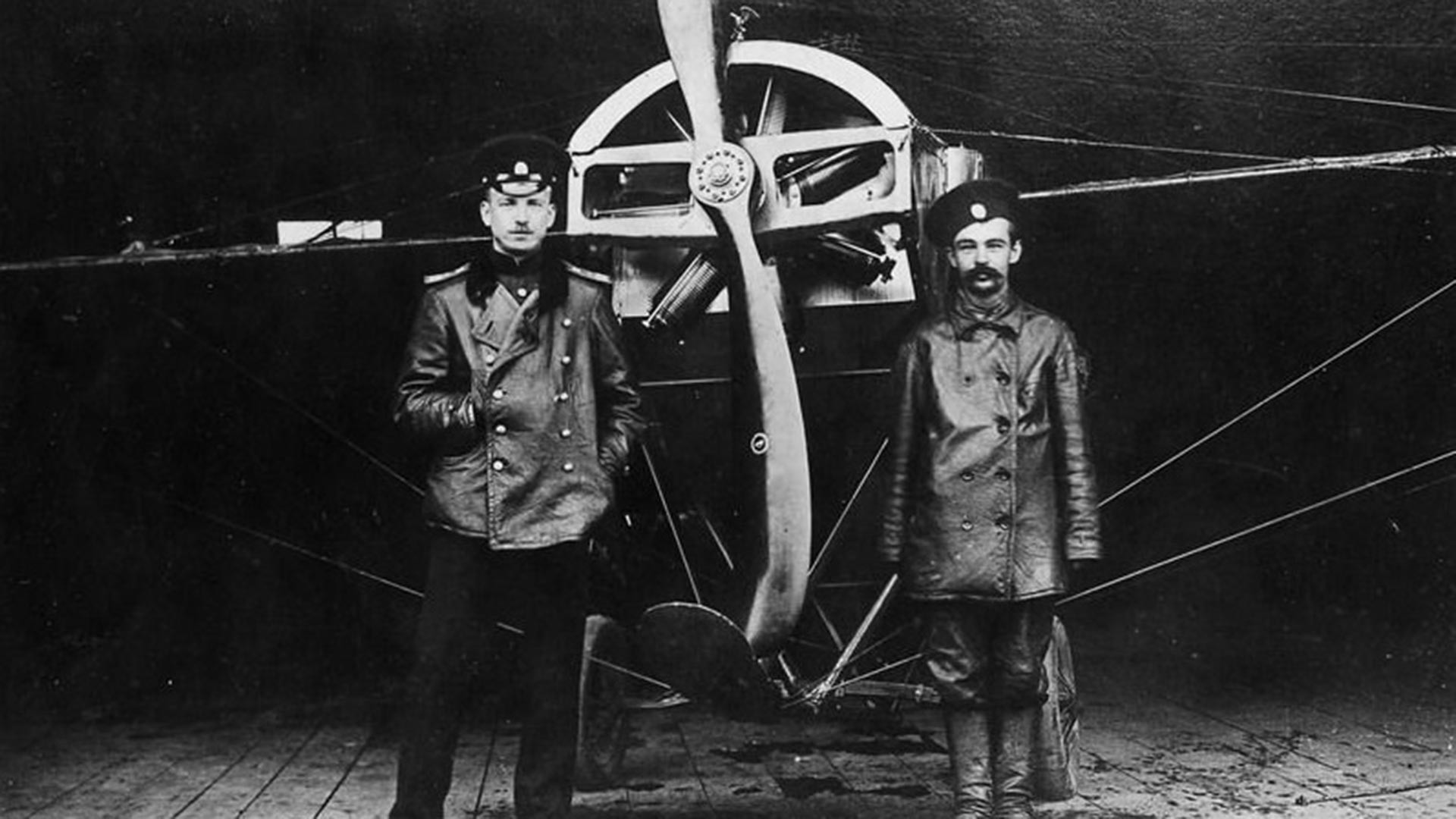 Another serious problem was the poor training of pilots. It took a long time, and even at the height of the war, pilots often had to be sent to France for practical training. One officer recalled: “...Very few officers, from among the more inquisitive pilot cadets, took the initiative to study the structure and operation of engines, how to repair and adjust them, by observing the work of engine operators. Whereas the majority of officers considered that unnecessary.” In addition, Russia was the only country fighting in WWI that did not have a mobilisation plan for civilian pilots. 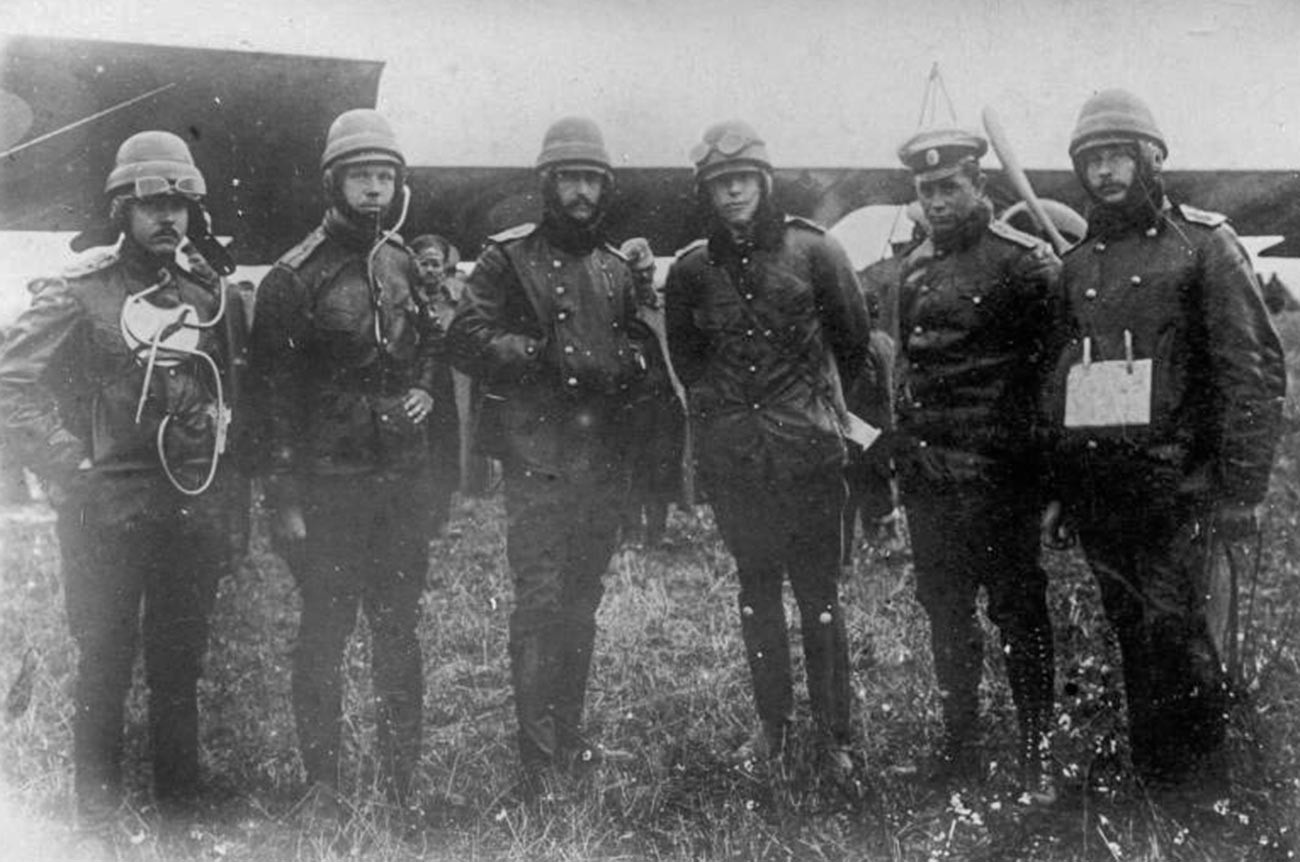 In terms of the number of victories won, the best Russian pilots lagged far behind the famous ‘Red Baron’, Manfred von Richthofen, and other German and British aces. However, when it came to acts of heroism, Russians often outshone their Western counterparts. For instance, it was the Russian pilots Pyotr Nesterov and Alexander Kazakov, who became first in the history of aviation to ram enemy aircraft. 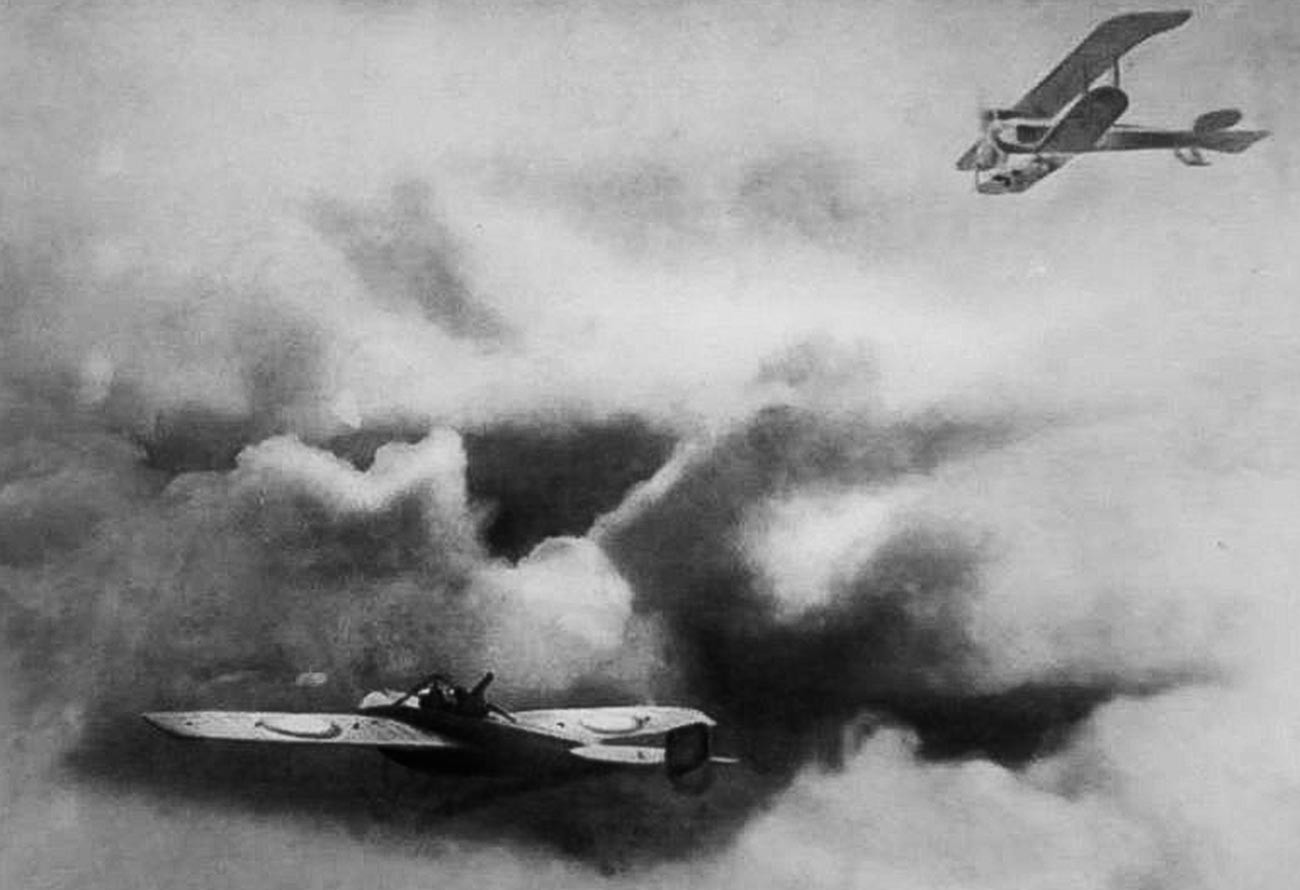 Often, the Russian command did not understand how to effectively use its air force, and sometimes greatly underestimated it. The catastrophic defeat of the Russian troops at the Battle of Tannenberg in late August 1914 was partly the result of the disregard the 2nd Army commander, General Alexander Samsonov, had for aerial reconnaissance reports about the movements of the 17th Corps of August von Mackensen. 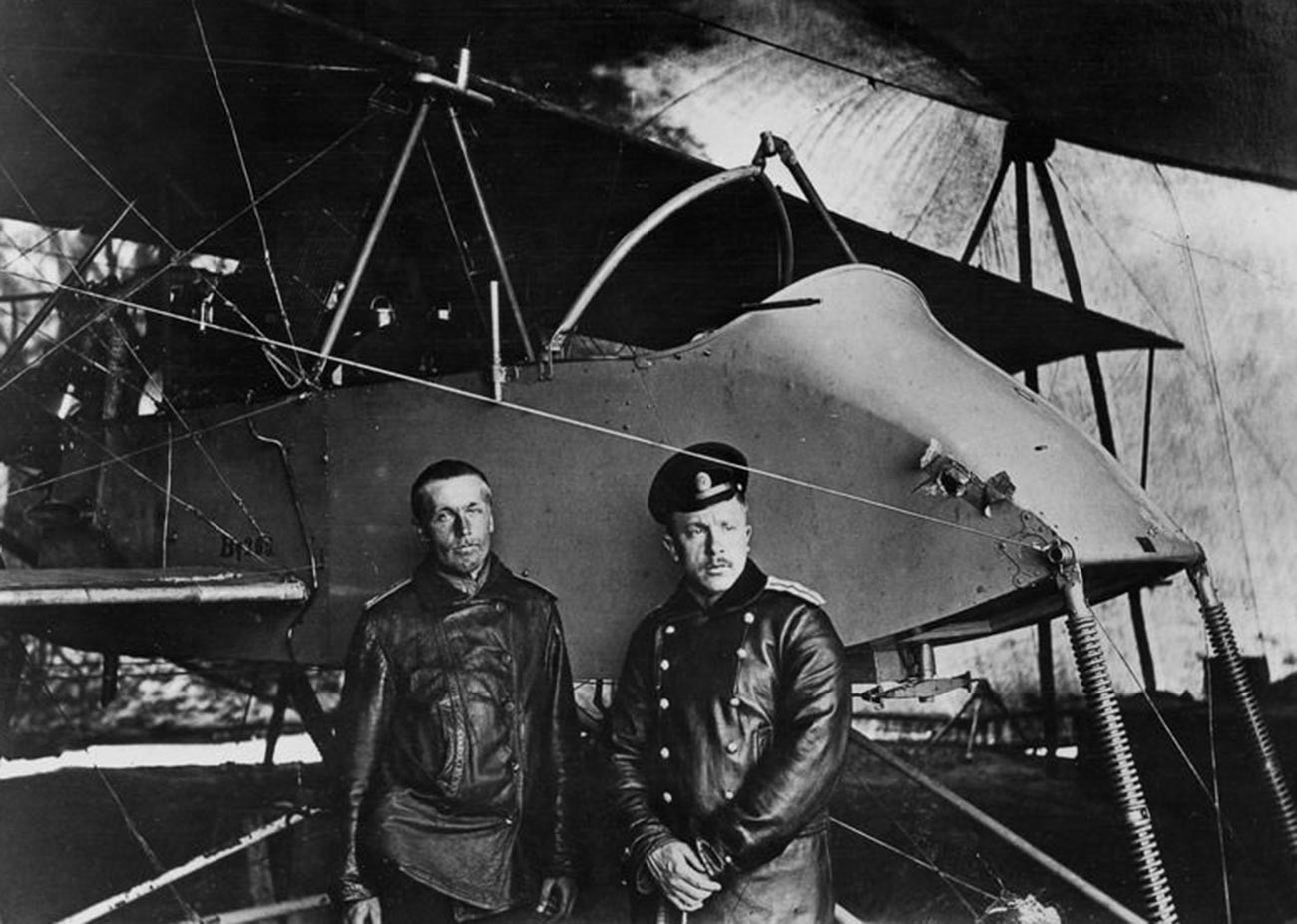 Collection of manuscripts of the Russian State Library/russiainphoto.ru

Right before the war, inventor Gleb Kotelnikov designed the world’s first parachute. However, the head of the Imperial Air Service, Grand Duke Alexander Mikhailovich, who, on the whole, did a lot for the development of Russian aviation, failed to see the potential of this most important invention: “Generally speaking, parachutes in aviation are a harmful thing, because at the slightest danger posed to them by the enemy, pilots will try to escape by parachute, thus losing the aircraft. Aircraft are more valuable than people. We import them from abroad, so they should be taken good care of. Whereas people are never in short supply!” Parachutes became widely used abroad, but not in Russia. Hasty efforts to provide Russian pilots with them were made only when the war was already in full swing. 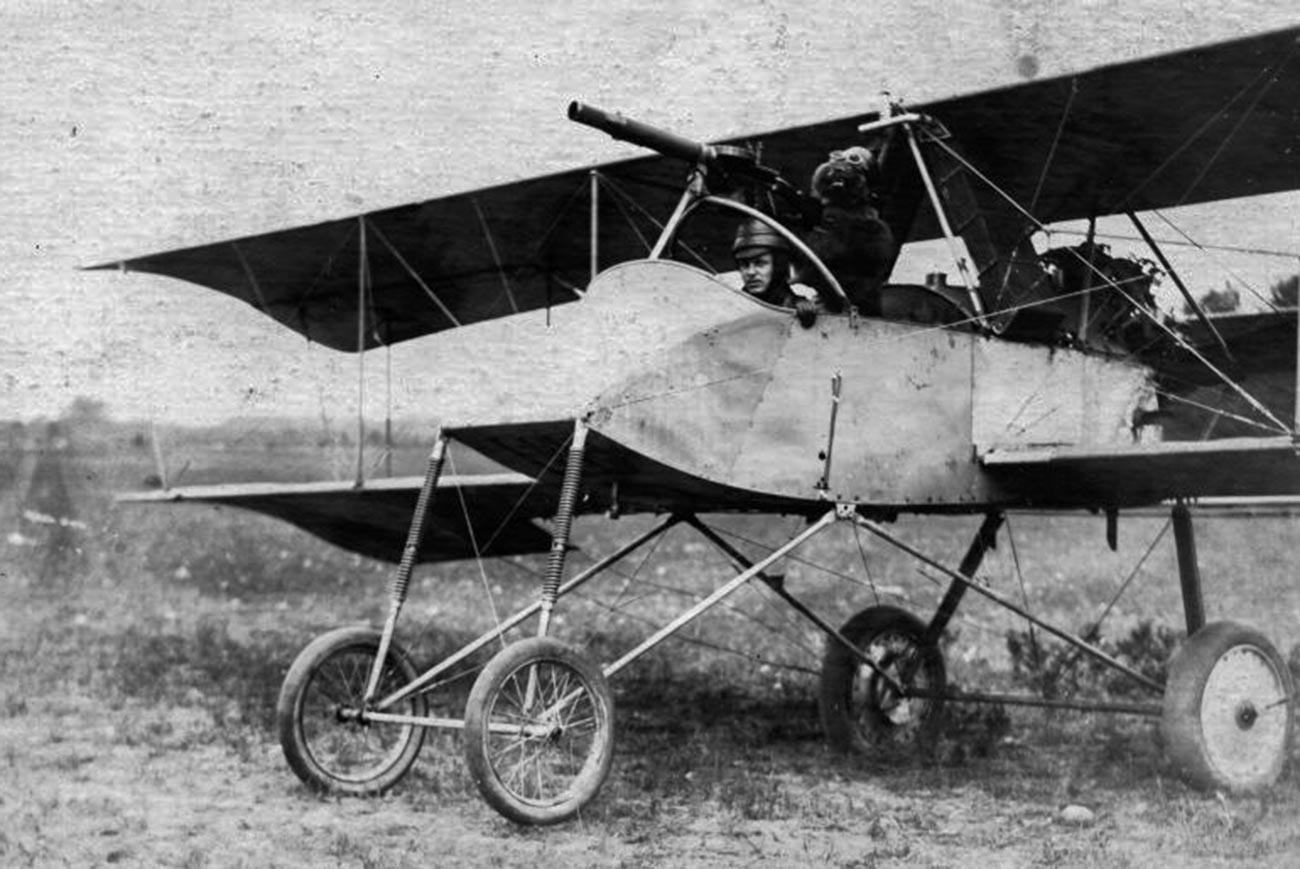 That said, there were also examples of positive attitudes towards the air force. On August 31, 1914, the commander of the 8th Army, General Aleksei Brusilov, appealed to the high command: “I have lost all my aircraft, which are so crucial for reconnaissance, which puts the command and control of the troops in an extremely difficult position. ... I humbly ask Your Imperial Highness to assist the army with Farman and Nieuport aircraft. Pilots are essential for reconnaissance.” In 1916, already as the commander of the Southwest Front, Brusilov made extensive use of aviation during one of the largest operations of the entire war, known as the Lutsk or the Brusilov Offensive. Aircraft played an important part in the Erzurum Offensive against the Turks (in early 1916), in locating enemy submarines in the Black Sea and in bombing the Przemysl fortress, on which Russian aviation dropped over 200 bombs. 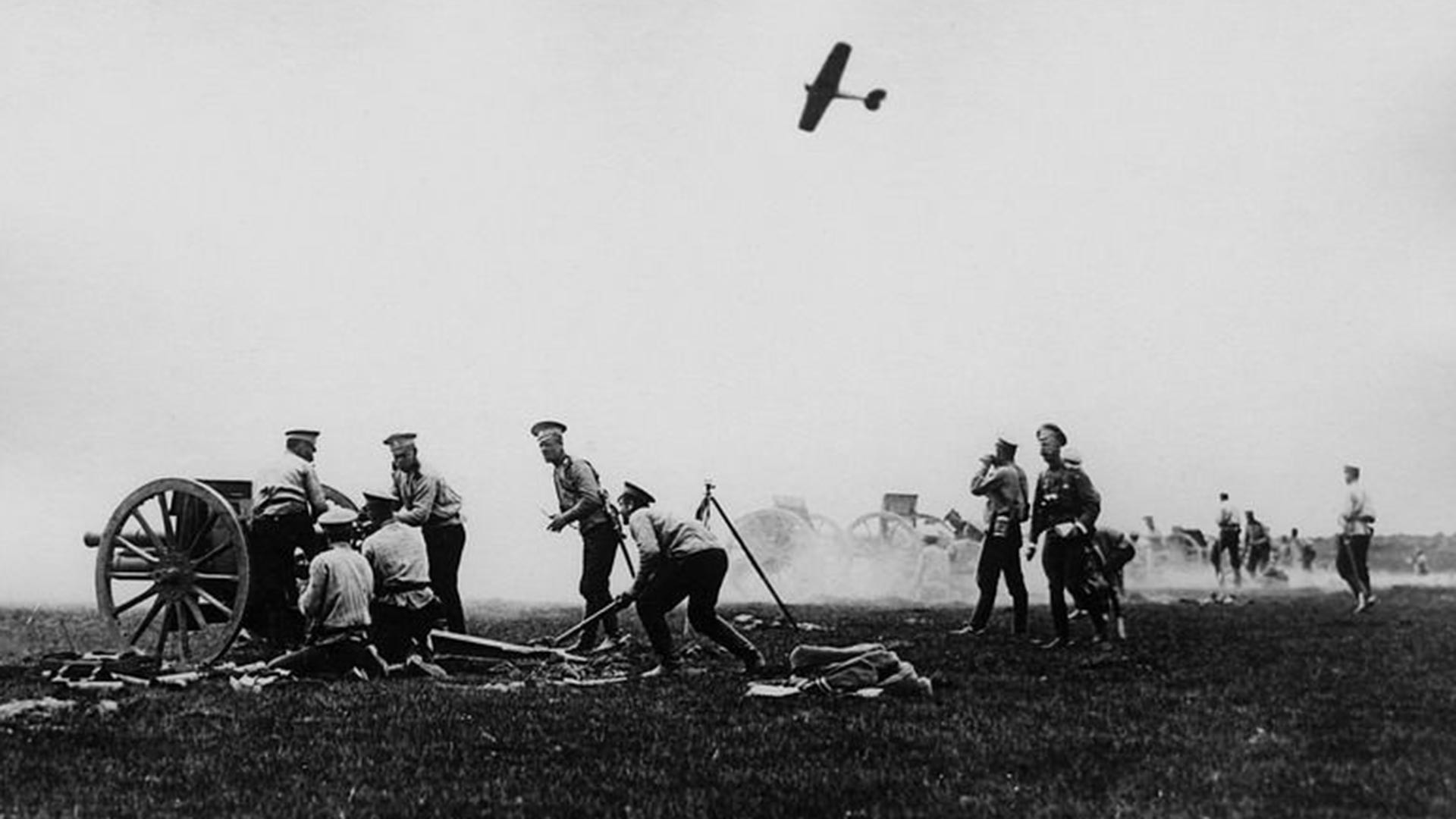 The State Central Museum of Contemporary History of Russia/russiainphoto.ru

At the time when the February Revolution of 1917 put an end to the Russian Empire, the country’s air force had 1,039 aircraft, of which only 590 were in use on the battlefield. Over the four years of the war, the situation remained practically the same: a significant part of the aircraft fleet consisted of outdated models in an unsatisfactory technical condition, more than half of which were lost, not in air battles or shot down by enemy air defense, but fell victim to technical malfunctions. As before, the Russian air force had to rely not on its aircraft, but on the diligence, perseverance and heroism of its pilots. 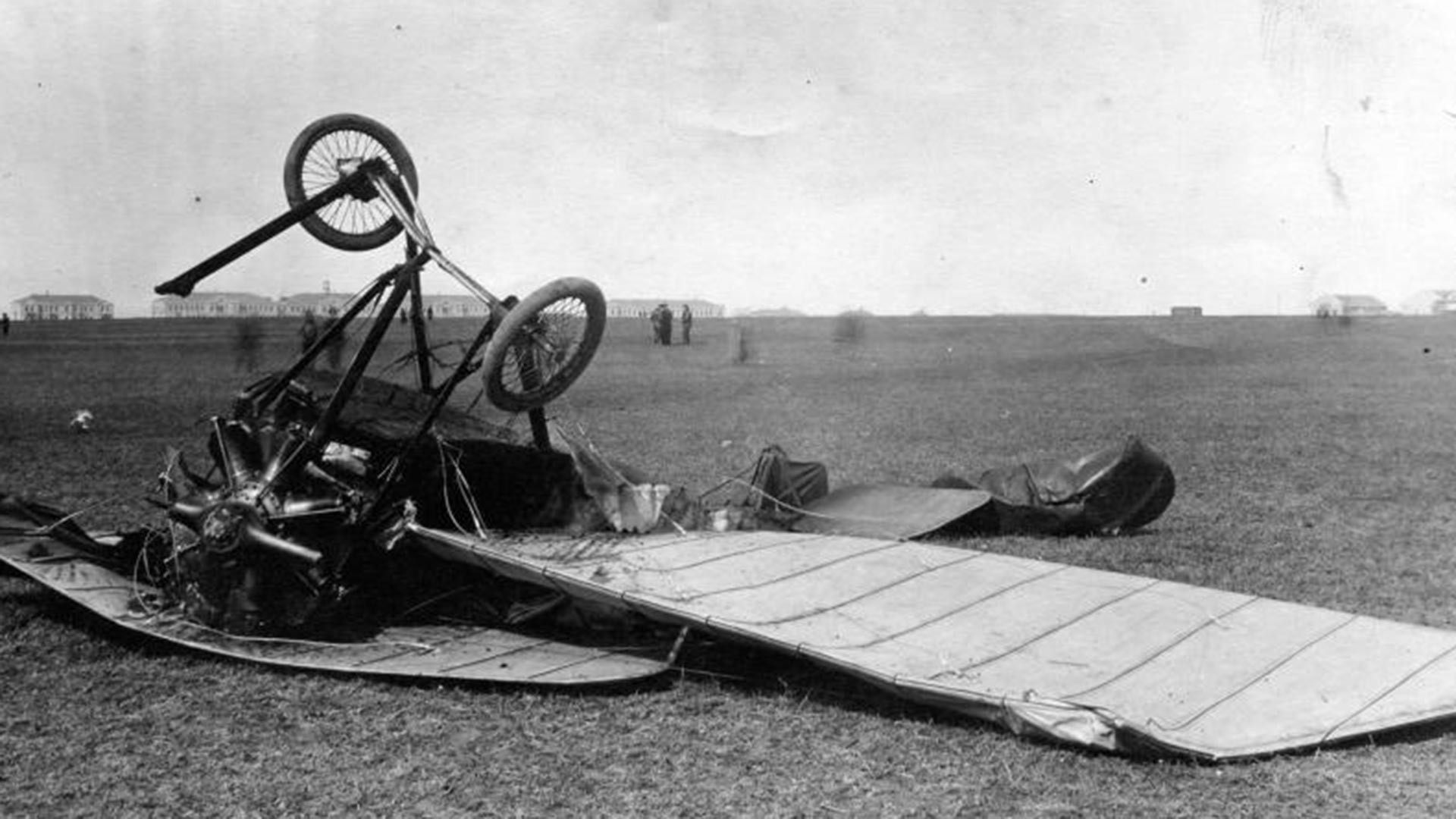