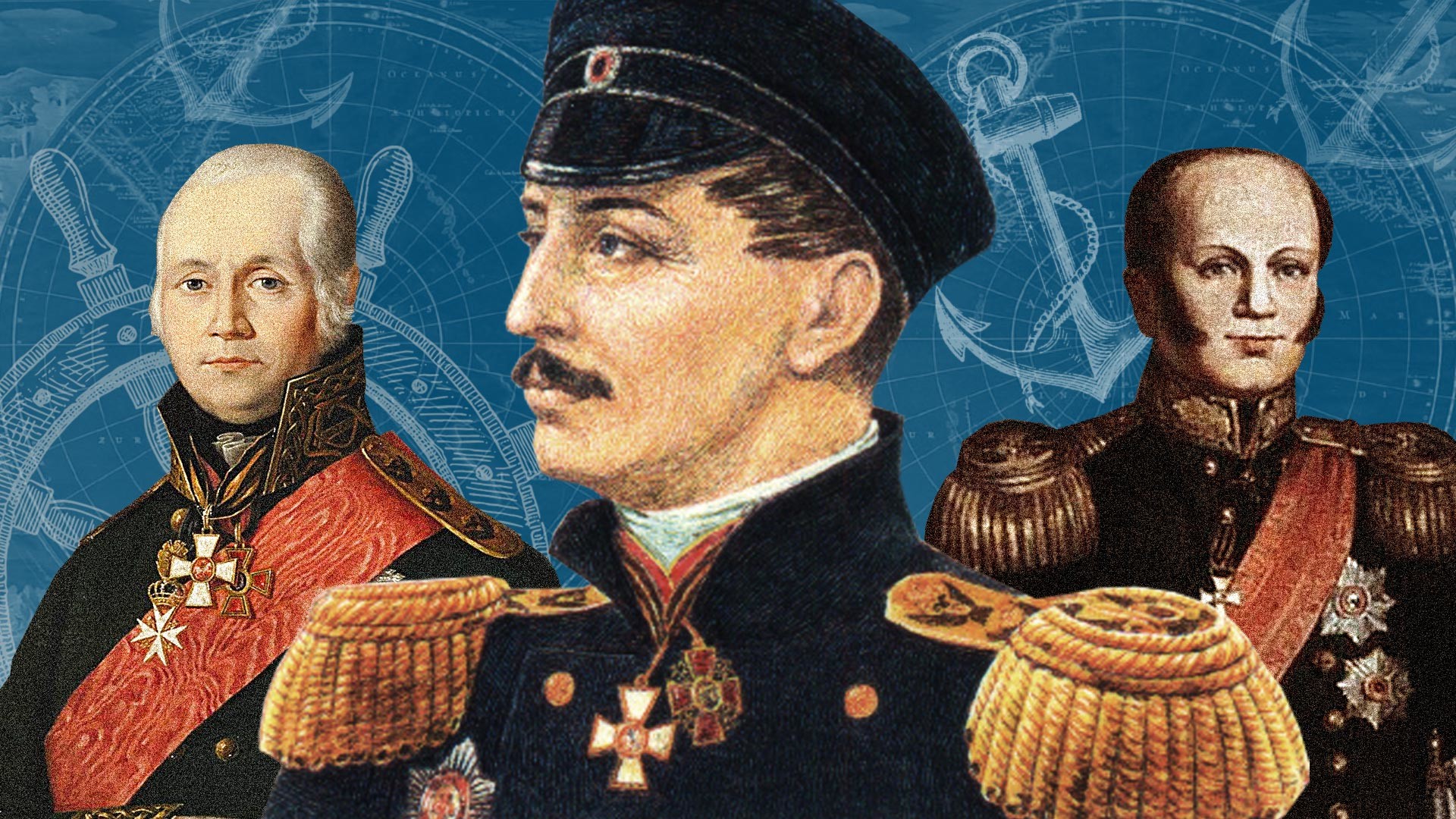 Russia Beyond
On most occasions the Turks were the principal victims of brilliant Russian commanders, although sometimes the French and the Swedes also found themselves at the receiving end of Russian naval might. 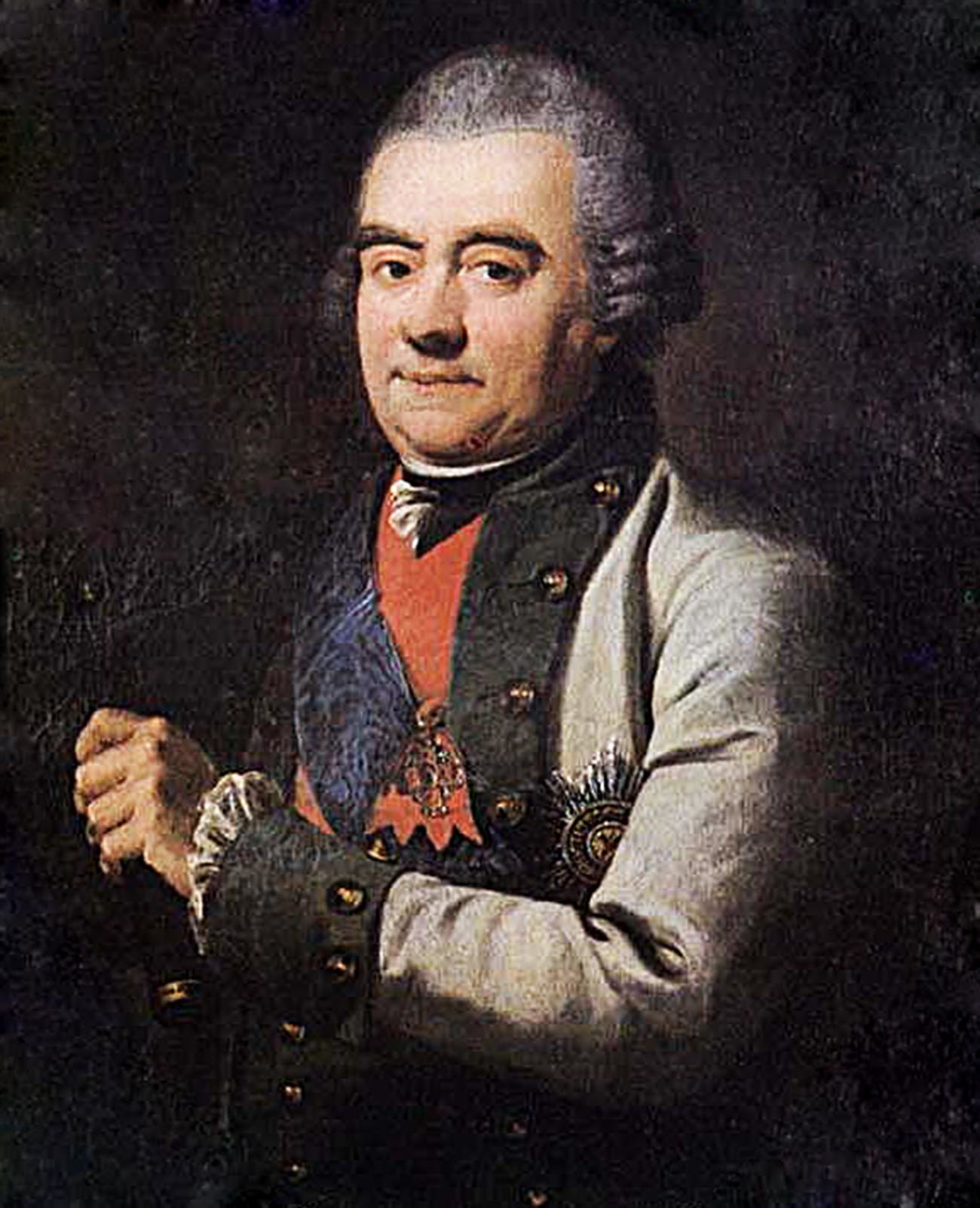 Described as "an honest and brave officer" by illustrious military commander Pyotr Rumyantsev, Grigory Spiridov amply proved his worth in the Seven Years' War against Prussia, but he truly distinguished himself in the 1768-1774 Russo-Turkish war.

On July 5, 1770 in the Chios Strait, in the course of hostilities in the Aegean Sea, the Russian fleet, in which Spiridov commanded one of the squadrons, came upon Turkish naval forces that outnumbered the Russians by two to one. The battle’s key moment came when Spiridov's flagship, Sviatoi Evstafiy, attacked the Turkish flagship, Real Mustafa - an engagement in which both ships ended up being destroyed.

The loss of the flagship threw the Turkish fleet into confusion, and it retreated to Chesme Bay. The battle that took place here from July 5 to 7 was one of the darkest pages in the history of the Ottoman Empire. As a result of an attack by Russian fire ships, which spread flames and caused general panic, almost the entire enemy fleet (15 ships of the line, six frigates, five galleys and a large number of smaller ships) was either destroyed or captured. A total of 11,000 Turkish seamen were killed. As for the Russians, they lost just four fire ships and 20 men.

"Glory to God and honor to the All-Russian Fleet! From 25 to 26 [of June, according to the Julian calendar], the enemy fleet was attacked, defeated, broken, burned, blown up, sunk and turned to ashes, and the most terrible disgrace was visited upon that place; as for us, we are now the lords of the whole Archipelago in the name of our Most Gracious Empress," Spiridov reported to St. Petersburg. 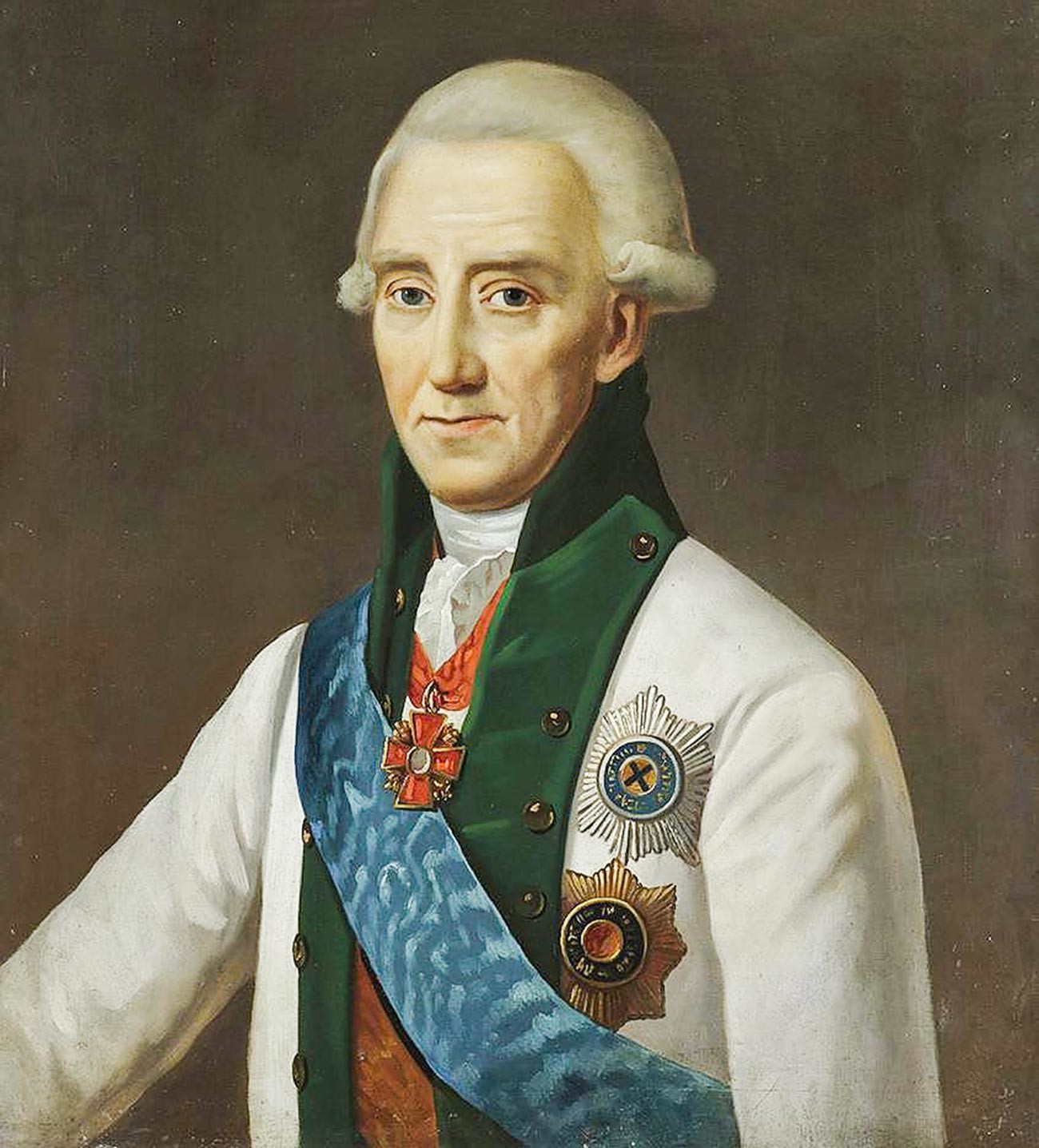 The 1788-1790 Russo-Swedish War was Admiral Vasily Chichagov's finest hour. It was Chichagov who frustrated the plans of the Swedes to destroy, one by one, the units of the Russian navy scattered over the Baltic Sea. Chichagov won the naval battles of Öland, Reval and Vyborg Bay, notwithstanding the fact that in each battle he was outnumbered by the enemy. As a result, 5,000 Swedish seamen, 200 officers and even one rear admiral were captured.

However, Chichagov's efforts came to nought with the catastrophic defeat of the Russian fleet under the command of Karl Heinrich von Nassau-Siegen in the Second Battle of Svensksund [known in Russia as the Second Battle of Rochensalm] on July 10, 1790. Instead of victory, Russia had to be content with concluding peace on status quo terms.

A certain historical legend is associated with Chichagov. At a dinner with Empress Catherine II, the admiral was telling her about his battles with the Swedes and, as the story progressed, he got more and more carried away, at times using highly coarse language. When he realized this, he was very embarrassed and started apologizing, but the Empress pretended she had not understood the indecorous language, saying: "Never mind, Vasily Yakovlevich, carry on: I don't understand your nautical terms." 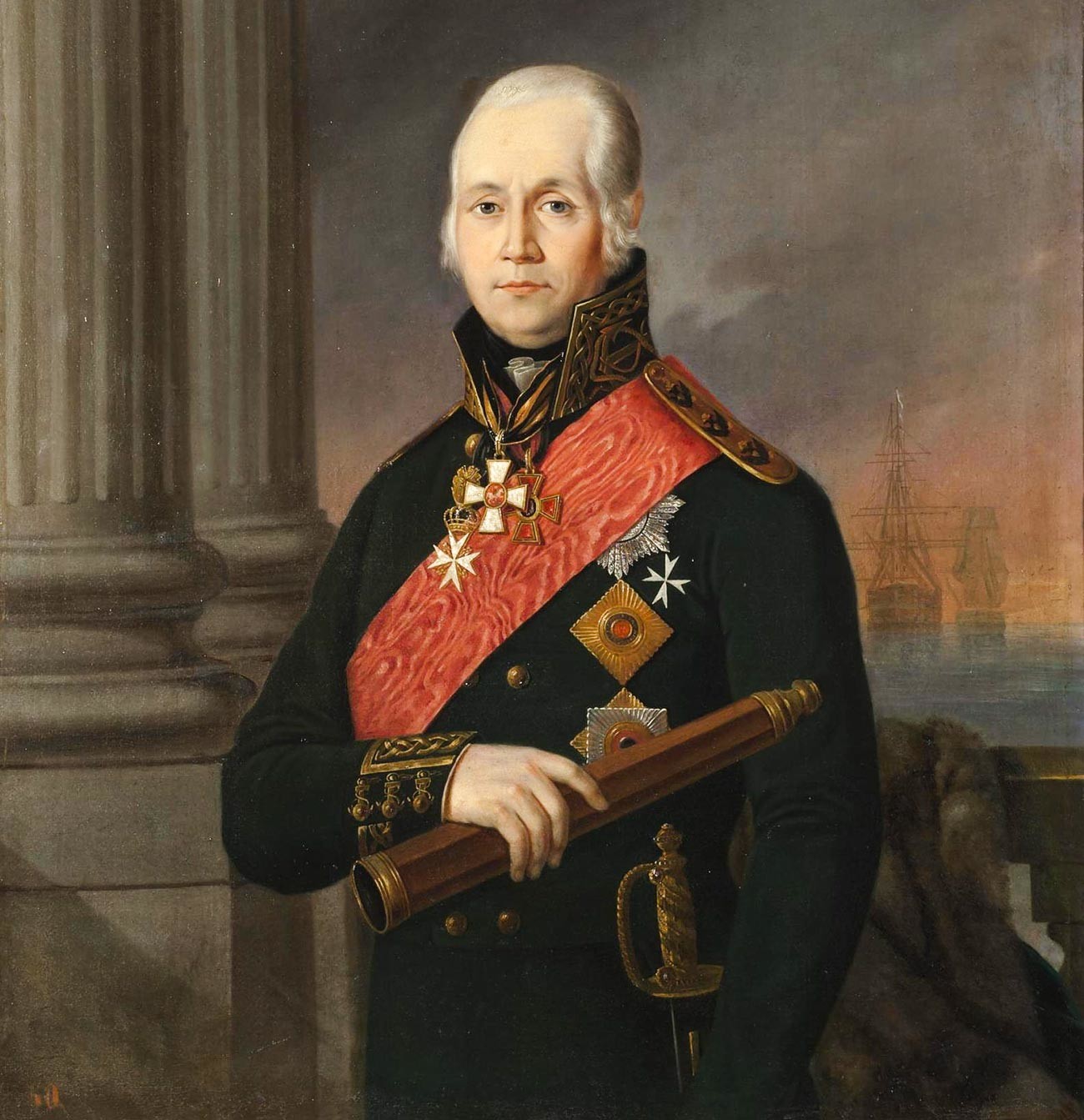 At the end of the 18th century the Russian Empire had two brilliant military leaders - the invincible Alexander Suvorov on land and the equally invincible Fyodor Ushakov at sea. Both were innovators in the art of war, relying on fast manoeuvring, as well as utilizing bold and rapid advances on the enemy to deliver deadly surprise blows. Like Suvorov, Ushakov devoted a lot of time to the combat training of his men, believing that high proficiency and iron discipline among seamen were the key to success in battle.

Ushakov didn't lose a single naval battle or, as he himself claimed, a single ship or allow a single sailor of his to be captured. He always took part in each episode of battle, being in the most dangerous and crucial places, and firmly holding the reins of naval command in his hands. At the same time, he didn't stop the captains of his ships from showing personal initiative if they believed it was justified.

The list of Ushakov’s extraordinary achievements includes victories over the Turkish fleet in the Battle of Kerch Strait (1790) and the Battle of Cape Kaliakra (1791), as well as the two-year expedition of a Russian squadron against the French navy in the Mediterranean in 1798-1800, during which Ushakov stormed an enemy fortress that was considered impregnable on the Greek Island of Corfu, taking almost 3,000 French prisoners.

In 2001, Fyodor Ushakov was canonized by the Russian Orthodox Church as a righteous holy warrior and is revered today as the patron saint of the Russian Navy. 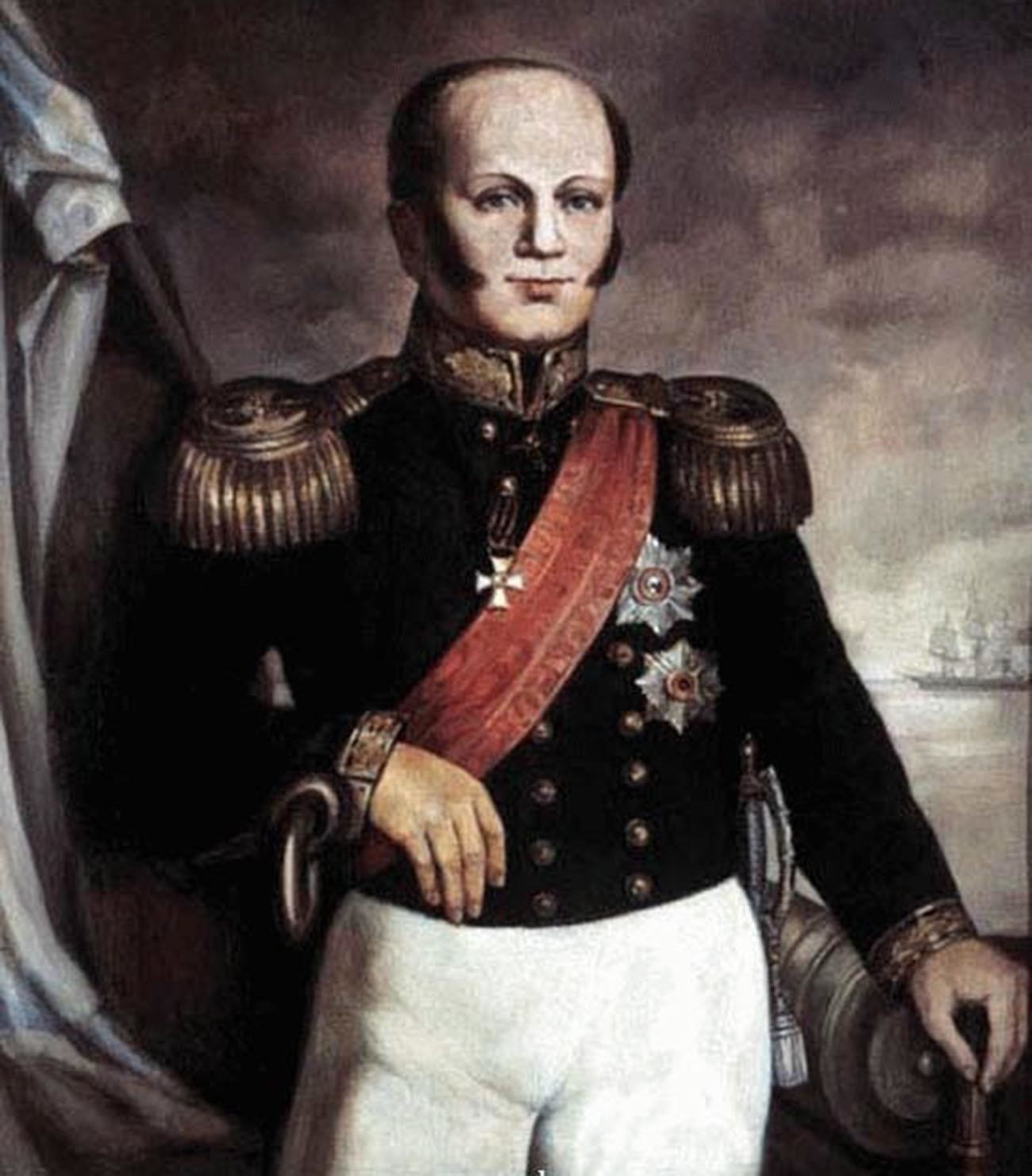 As a young and able officer Dmitry Senyavin showed his worth under the command of Fyodor Ushakov in the wars against Turkey (1787-1791) and during the Mediterranean campaign, becoming the admiral's closest aide in the storming of Corfu. Despite this, the two great naval commanders didn't get along. "I don't like Senyavin," Ushakov used to say, "but he is an excellent officer and in all circumstances can be my successor to lead the fleet with honor."

In 1805-1807, during the Napoleonic Wars, Dmitry Senyavin led an expedition of the Russian Baltic Fleet to the Mediterranean where he successfully cut the French naval lines of communication between Italy and Dalmatia (present-day Croatia and Montenegro), greatly infuriating Bonaparte. When the Ottoman Empire entered the war against Russia, Senyavin's fleet switched its attention to the new enemy. Having seized the Island of Tenedos, the admiral successfully blockaded the Dardanelles for two months, defeating the Turkish navy on several occasions when it tried to break the blockade.

As the squadron was returning to the Baltic Sea, the Treaty of Tilsit was signed under which Russia was to join the continental blockade against its former ally, Britain. In October 1807, stopping in Lisbon to replenish supplies, Vice Admiral Senyavin found himself between a rock and a hard place: The port was blockaded by the British navy from the sea and the French Army was approaching the Portuguese capital via land. Emperor Alexander I ordered the naval commander to obey all instructions "that will be sent from His Majesty Emperor Napoleon".

Dmitry Senyavin, who disapproved of such a radical change in the empire’s foreign policy, chose a different path, agreeing to a British offer to escort the squadron to Portsmouth until peace was concluded between London and St. Petersburg. Upon his return to Russia in 1809, the self-willed naval commander faced the Emperor's displeasure and fell from grace, and was forced to live for many years in poverty, on half a state pension. Only when the new emperor, Nicholas I, came to power in 1825, was Senyavin, already advanced in years, appointed commander of the Baltic Fleet and promoted to admiral. 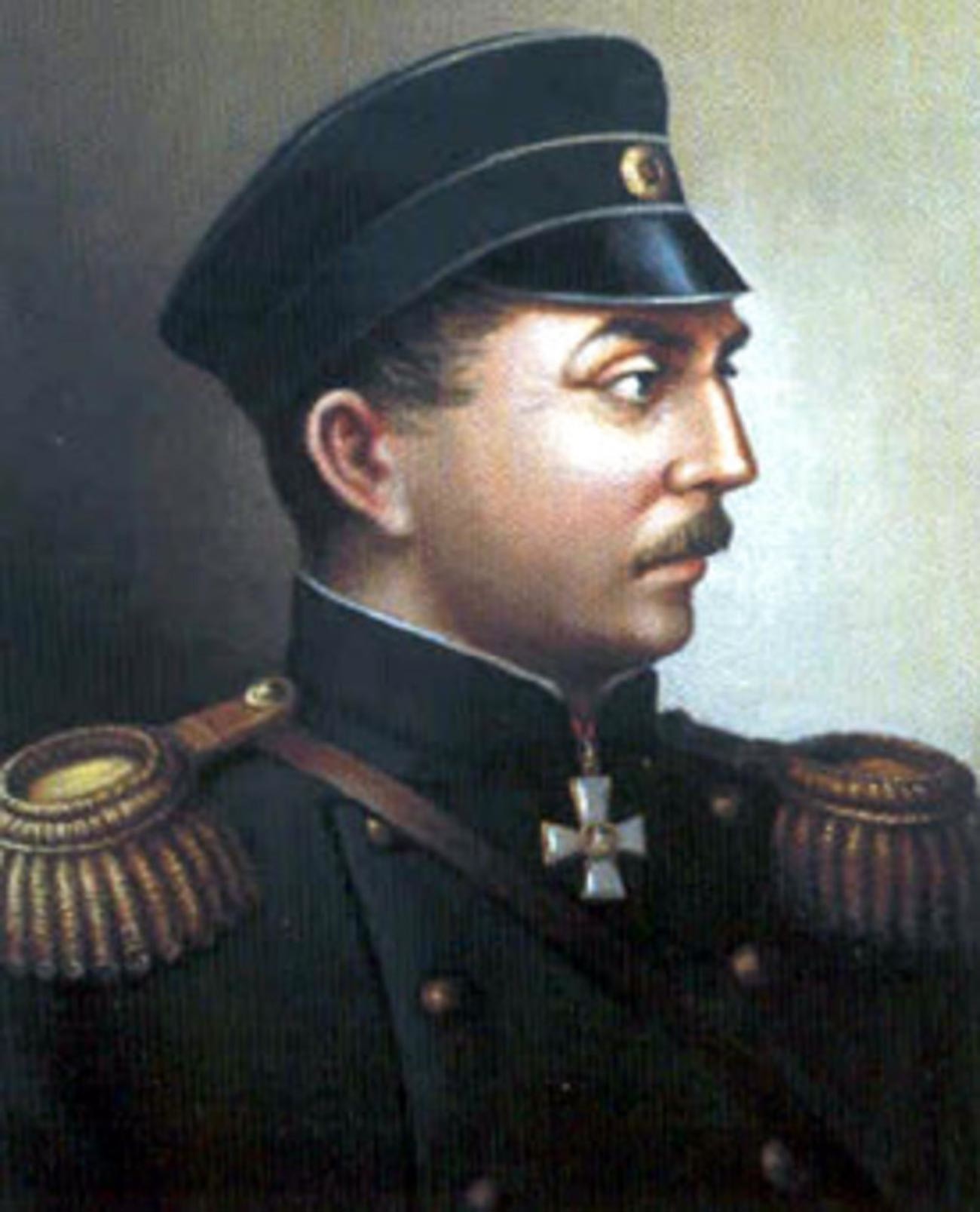 The name of Admiral Pavel Nakhimov is associated with one of the greatest victories in the history of the Russian navy. On Nov. 30, 1853, during the Crimean War, the Black Sea Fleet under his command (he was then vice-admiral) blockaded a Turkish squadron in the harbor at the town of Sinop, and within four hours totally destroyed it.

In terms of relative losses the Battle of Sinop was essentially a repetition of the Battle of Chesme. With the exception of one steamer breaking through the blockade, all 15 enemy ships were either destroyed or damaged, with 3,000 Turkish seamen killed and their commander Admiral Osman Pasha captured. As for the Russians, only 37 men were killed.

On the one hand, the Turks' defeat ensured Russian domination of the Black Sea but, on the other, it accelerated Britain’s and France’s entry into the war against Russia, as their troops landed in Crimea and besieged Sevastopol. Nakhimov led the city’ defense, and he did it so effectively that he earned great respect among both soldiers and sailors, who nicknamed him their "father-benefactor". On July 10, 1855, during one of his inspections of forward defense positions, he was wounded by a bullet in the head and died two days later.