How did the Imperial Russian Navy perish? (PHOTOS)

History
Boris Egorov
The tragic events of the early 20th century dealt a fateful blow to the Imperial Russian Navy. Its best warships were lost during the Russia-Japanese war and those which survived were swept away by WWI and the Russian Revolution. 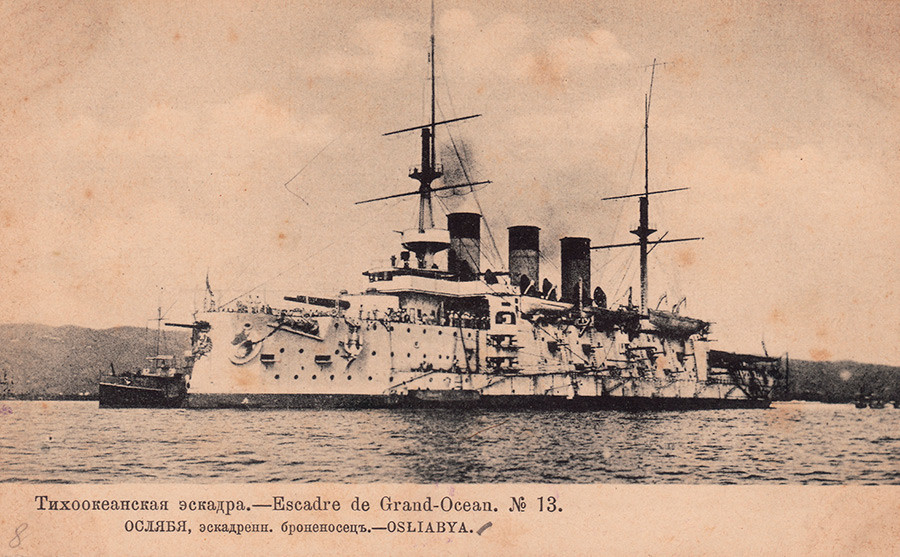 The battleship was named after a Russian monk who participated in the Battle of Kulikovo against the Mongols in 1380. Oslabya was destroyed in the catastrophic (for the Russian Navy, at least) Battle of Tsushima on May 27, 1905, during the Russian-Japanese war (1904-1905). 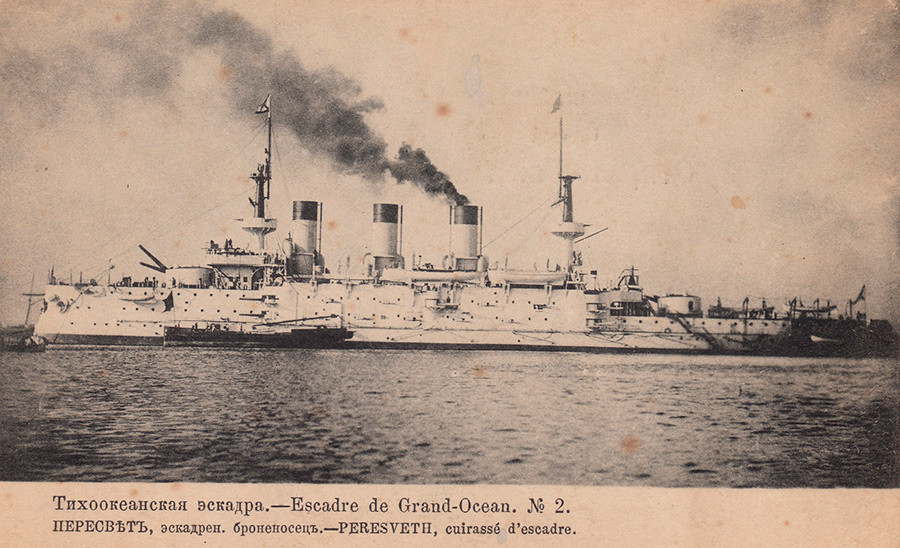 The battleship got its name in honor of another Russian monk who, along with Oslabya, participated in the Battle of Kulikovo (1380). During the Russian-Japanese War, Peresvet was hit and captured by Japanese troops. It joined their navy under the name Sagami, and only in 1916 was Russia able to return it. However, Peresvet struck a German mine that same year in the Mediterranean and sank. 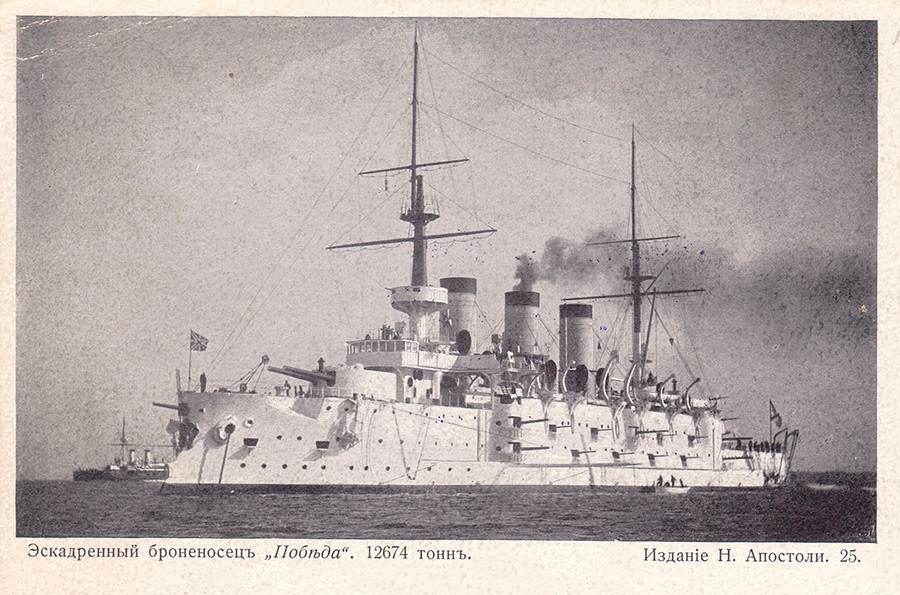 Like Peresvet, the battleship Pobeda (Victory) was also fated to become a trophy of Japan during its war with Russia.  But unlike the former, Pobeda was never returned to Russia and served in the Japanese Navy under the name Suwo until 1922. 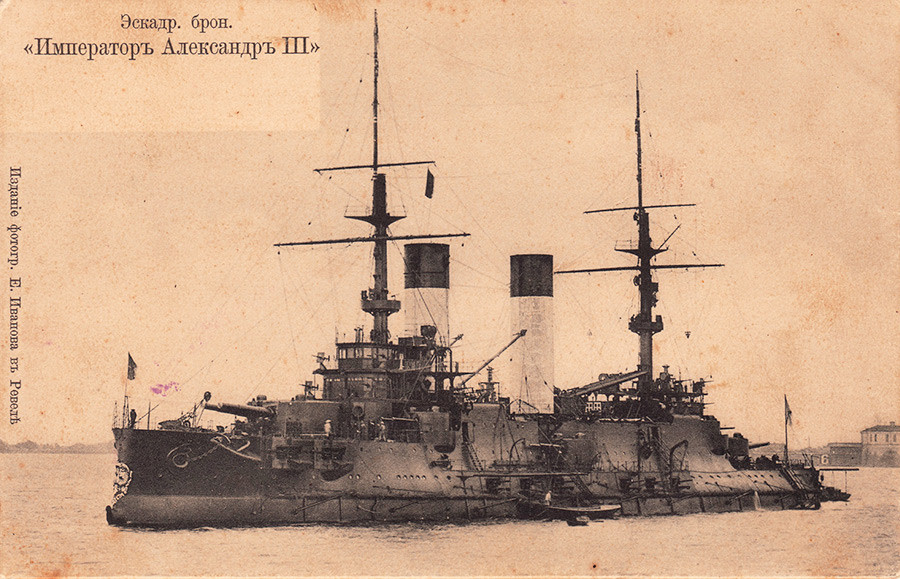 The battleship Imperator Aleksandr III switched sides and names numerous times during the restless period of WWI and the Russian Civil War. It fought against the Ottomans in the Black Sea before joining the Revolution in December 1917. After the Treaty of Brest-Litovsk (1918), the ship (under the new name Volya (Will)) fell under the control of the Germans, and after their withdrawal from Sevastopol, to the British. In 1920, the battleship, renamed as General Alekseev, became the flagship of the White fleet, which fought the Reds in the Civil War. It led the convoy that evacuated White troops from the Crimea to Constantinople. 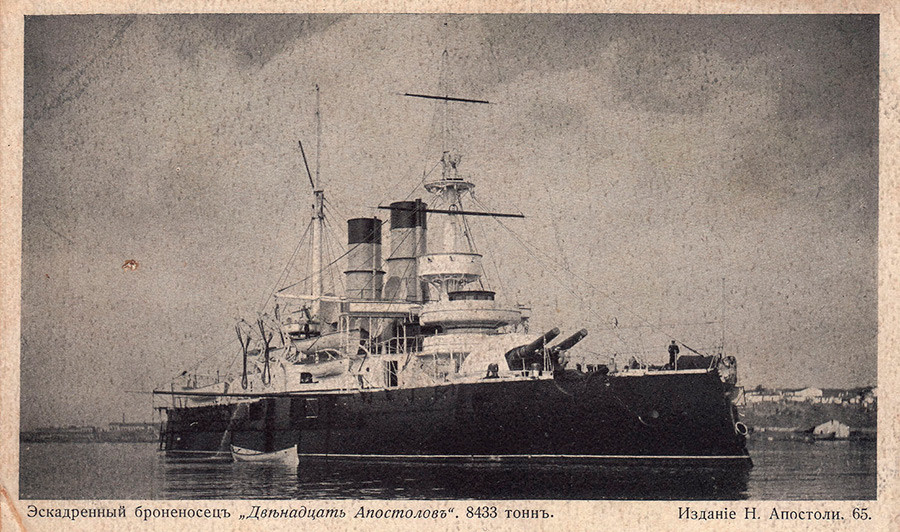 For 12 years, the battleship Dvenadsat Apostolov (Twelve Apostles) served without any partaking in any battles or major incidents, until in 1911 it was decommissioned. However, in 1925 it took part in the filming of one of the greatest movies of all times: Battleship Potemkin by Sergey Eisenstein. 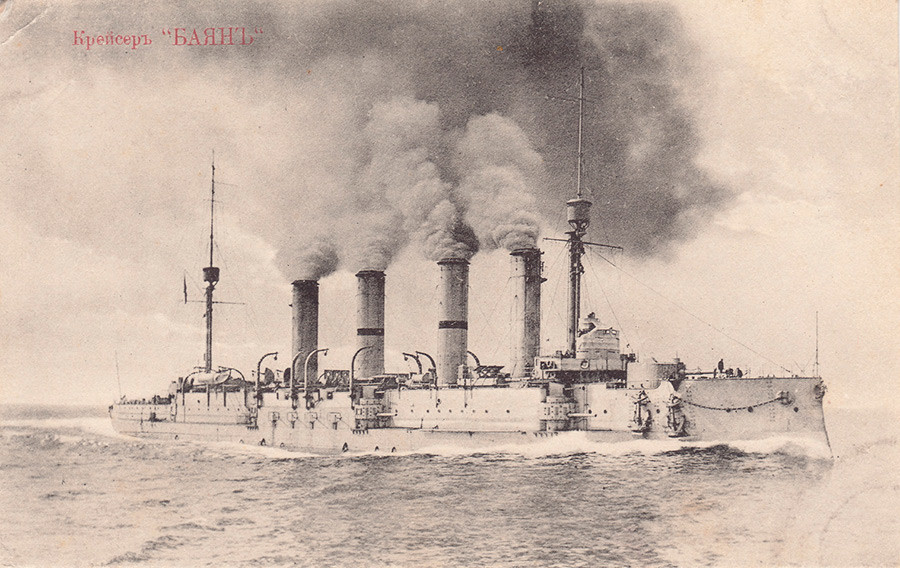 After being launched in 1900, the cruiser served four years in the ranks of the Russian Navy. During the Battle of Port Arthur (1904) at the very beginning of the Russian-Japanese War, it struck a mine and was sunk. However, in 1905 the Japanese salvaged Bayan and used it as a training ship and minelayer under the name Aso until 1930. 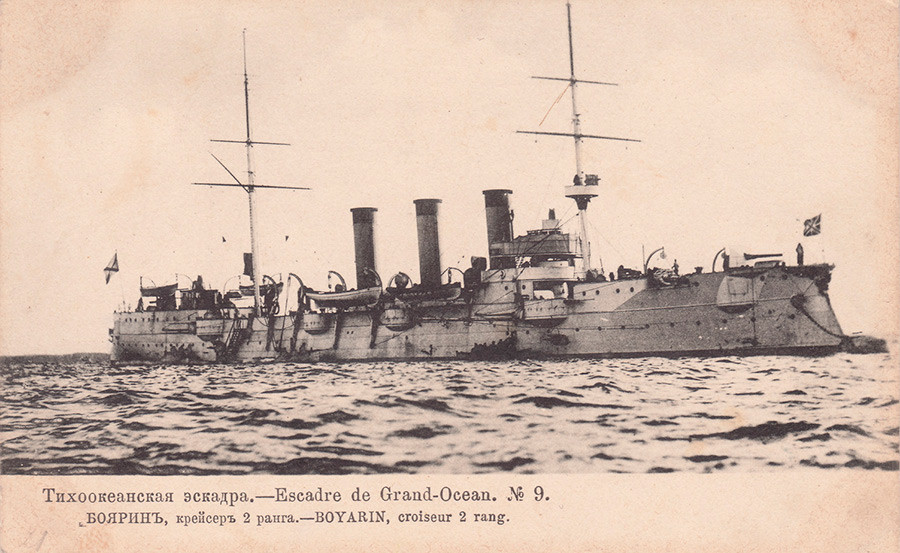 Boyarin (Nobleman) cruiser was another victim of the Russian-Japanese War, sinking to a watery grave at the very beginning of the conflict. 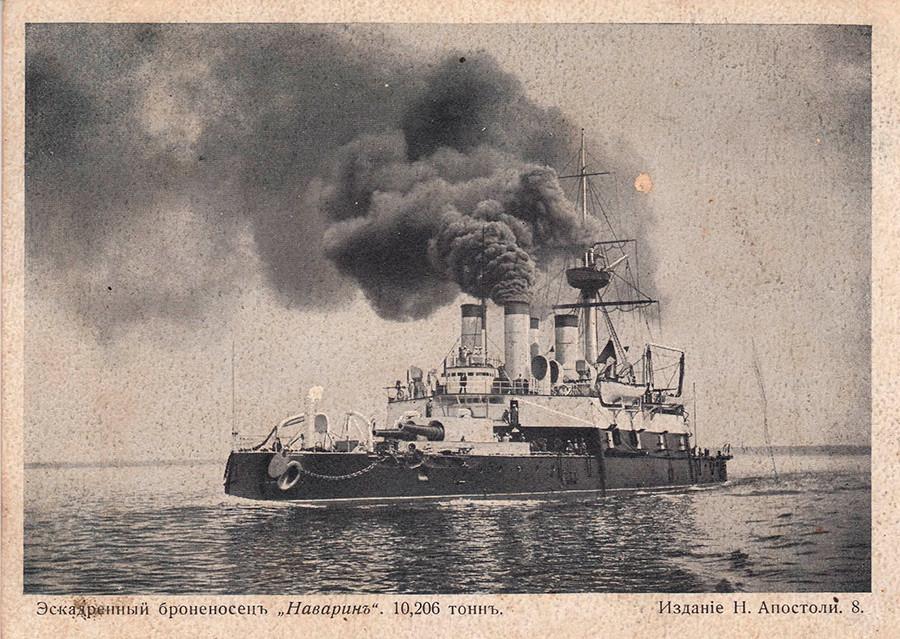 When launched in 1891, Navarin was the strongest warship in the Imperial Russian Navy. However, its service life was cut short during the Battle of Tsushima along with 20 other Russian warships. 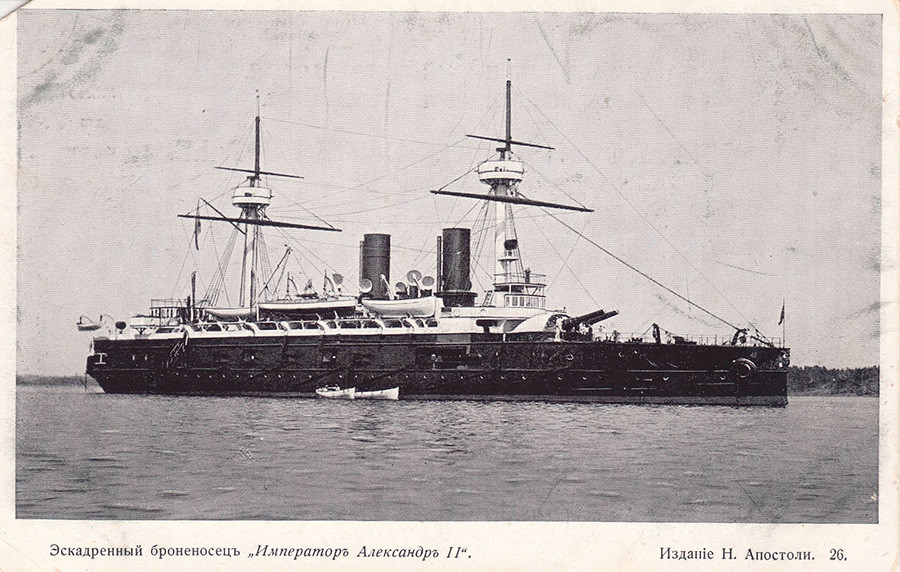 The battleship Imperator Alexander II managed to survive both the Russian-Japanese War and WWI, but the Russian Revolution was a step too far. Zarya Svobody (Dawn of Freedom), as the ship was renamed, was heavily damaged during the Baltic Fleet sailors’ revolt in Kronstadt in March 1921, and was dismantled the next year. 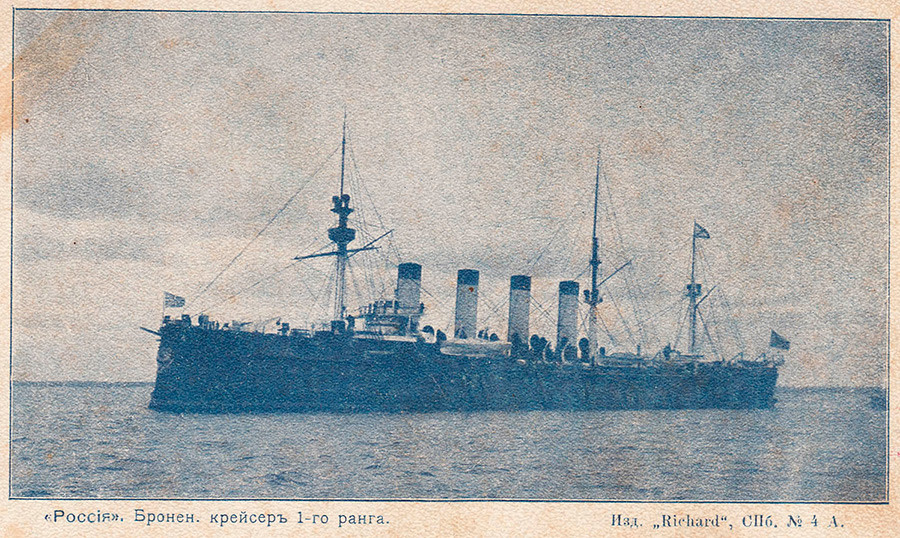 The cruiser Rossija (Russia) survived the wars with Japan and Germany, and was dismantled in 1922. 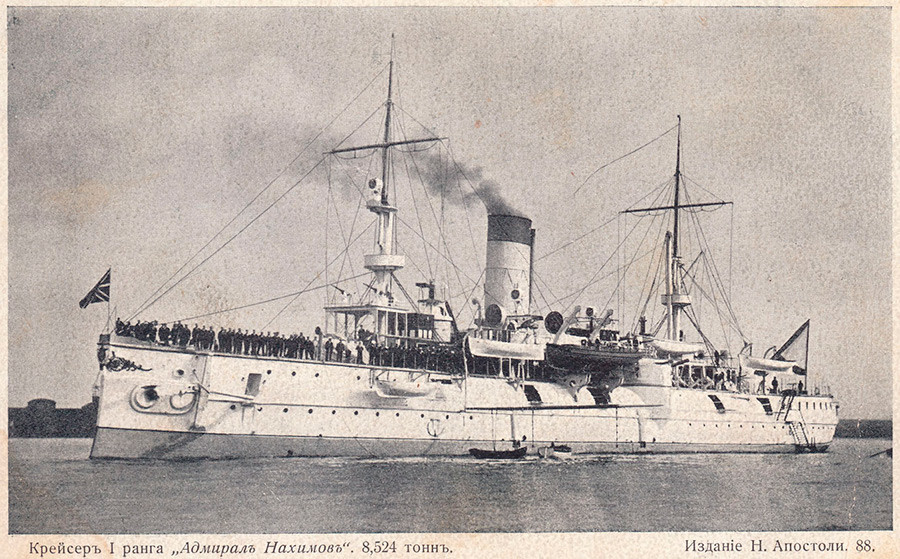 This armored cruiser was one of the few heroes during the inglorious Battle of Tsushima. It was hit over 20 times, lost 25 men killed and 51 injured, but still managed to sink two Japanese destroyers and heavily damaged the cruiser Iwate. The sinking Admiral Nakhimov was abandoned by its crew on May 28, 1905. 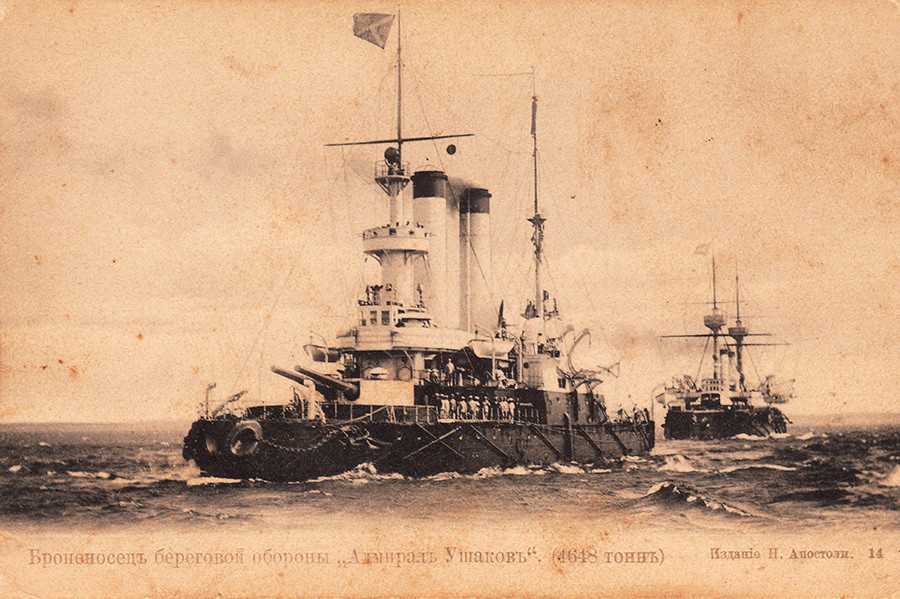 During the Battle of Tsushima, Admiral Ushakov faced the much more powerful Japanese Iwate and Yakumo cruisers. After an uneven fight, the crew of the heavily damaged ship refused the enemy’s offer to surrender and scuttled their ship. 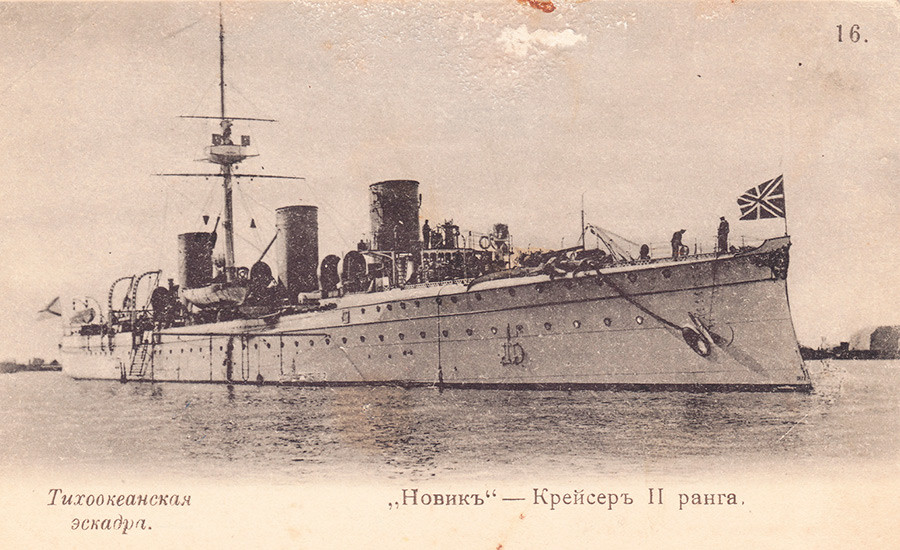 Sunk in 1904 during the Russian-Japanese War, the cruiser was salvaged by the Japanese in 1906 and joined their fleet under the name of Suzuya, where it served seven more years. 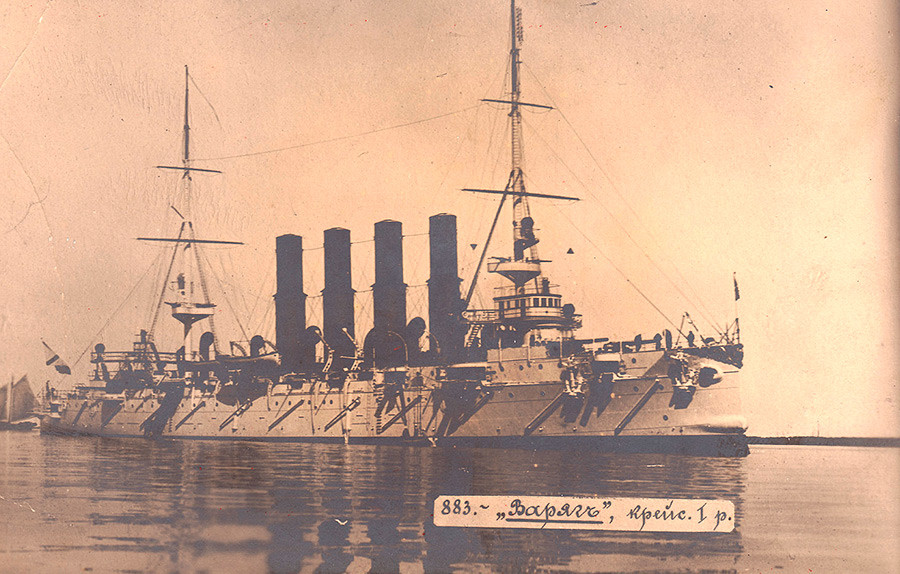 One of the most legendary Russian ships, Varyag was engaged in battle with six enemy cruisers and eight torpedo boats at the very beginning of the war with the Japanese. Completely outnumbered and heavily damaged, Varyag was blown up by its crew on February 9, 1904. 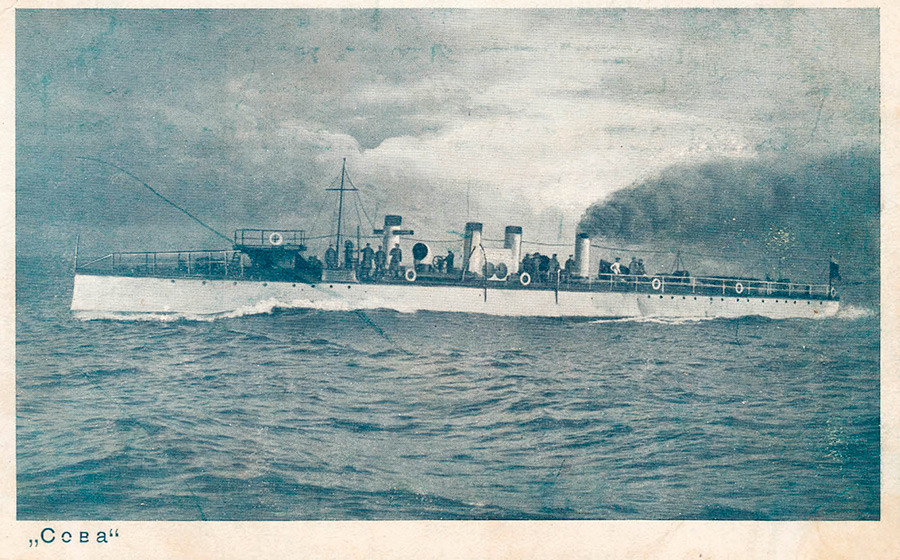 The torpedo boat Ryaniy (Zelous), known as Sova (Owl) until 1902, was captured by the Finnish Whites in 1918 in Helsinki during the Finnish Civil War. For years it served in the Finnish Navy as S-1, until in 1939 it was decommissioned.

Here you can read about the most legendary vessels in Russian history.