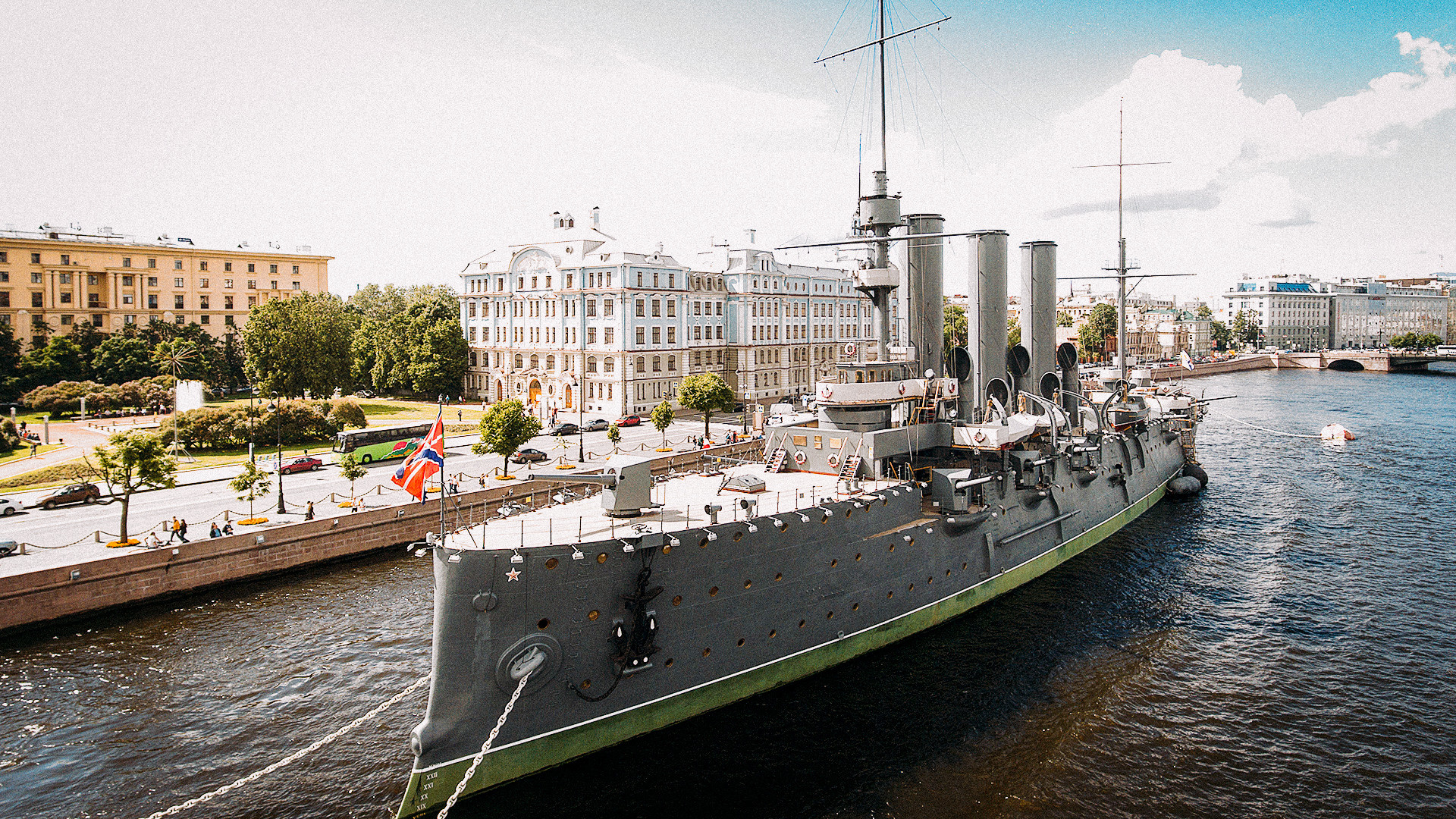 Nikolay Gyngazov/Global Look Press
If some of these ships mostly contributed to Russian naval history, others took part in events of global significance, such as the discovery of entire continents. 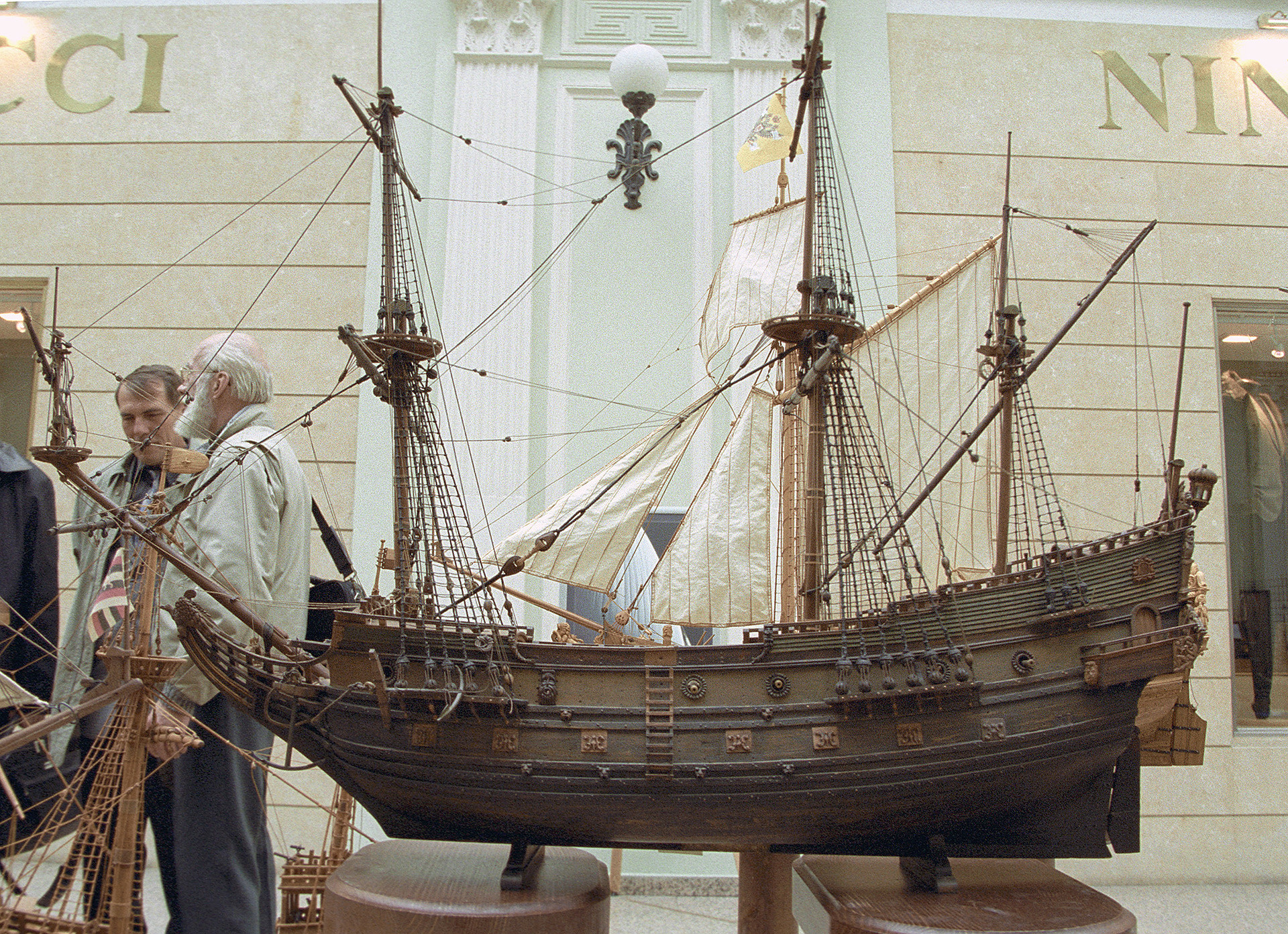 A model of the first Russian warship Oryol.

Built in 1668, the Oryol (Eagle) was the first Russian military ship to be designed in the Western style, as a full-rigged pinnace. Led by a foreign captain (Dutchman Dawid Butler), it had a 23-man crew that also consisted of foreigners, and a 35-man unit of Streltsy (Russian firearm infantry). The Oryol was intended to protect merchant ships in the Caspian Sea, but was captured in 1670 by the rebel forces of Cossack Stenka Razin, who led a major uprising in southern Russia in 1670-1671. Abandoned on the shore of the Volga, since the rebels couldn’t use it, it soon became dilapidated. 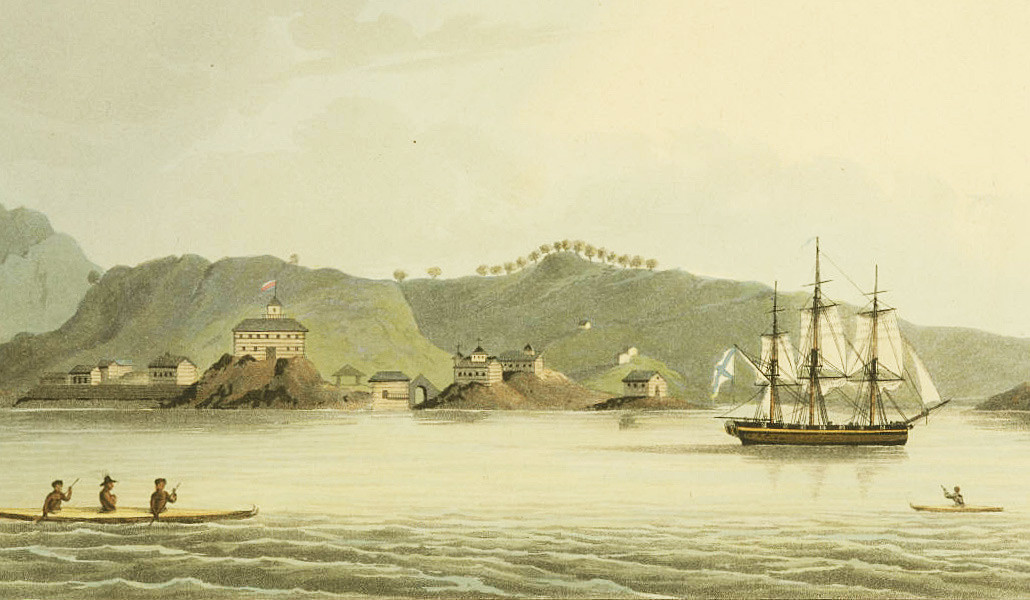 At the beginning of the 19th century the Russian Empire was preparing for its first circumnavigation of the globe. For this purpose, the Russian Naval Ministry purchased two British sloops, Leander and Thames, which were renamed Nadezhda (Hope) and Neva, respectively.

During an expedition (1803-1806) led by Ivan Kruzenshtern and Yuri Lisyansky, many significant observations were made in botany, zoology, ethnography and oceanology. In 1805, the sailors discovered a new island – Lisianski Island – which today belongs to the U.S. state of Hawaii. 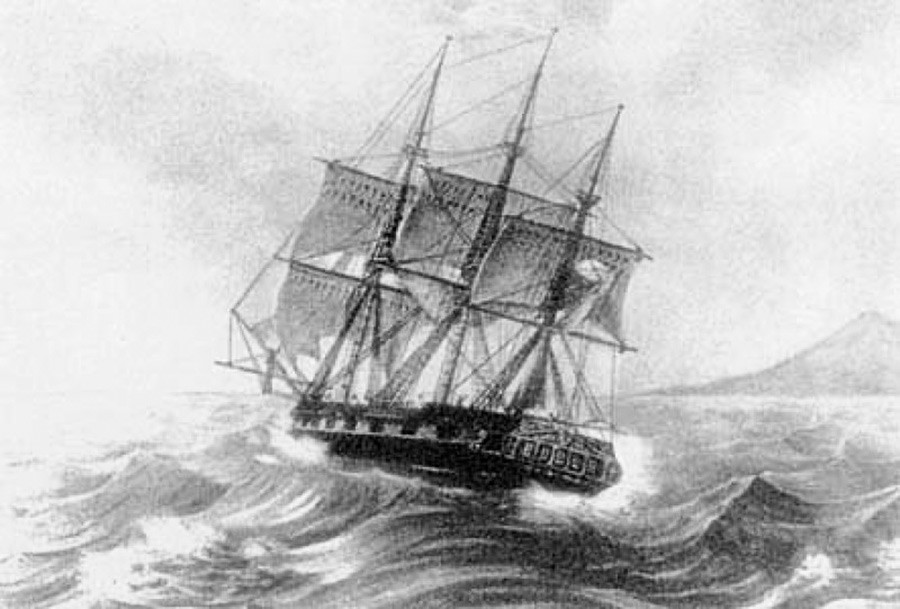 Unfortunately, after the expedition the ships faced a tragic fate. The Nadezhda died in ice in 1808 not far from the Danish coast. As for the Neva, the sloop sank in a storm near Alaska in 1813. 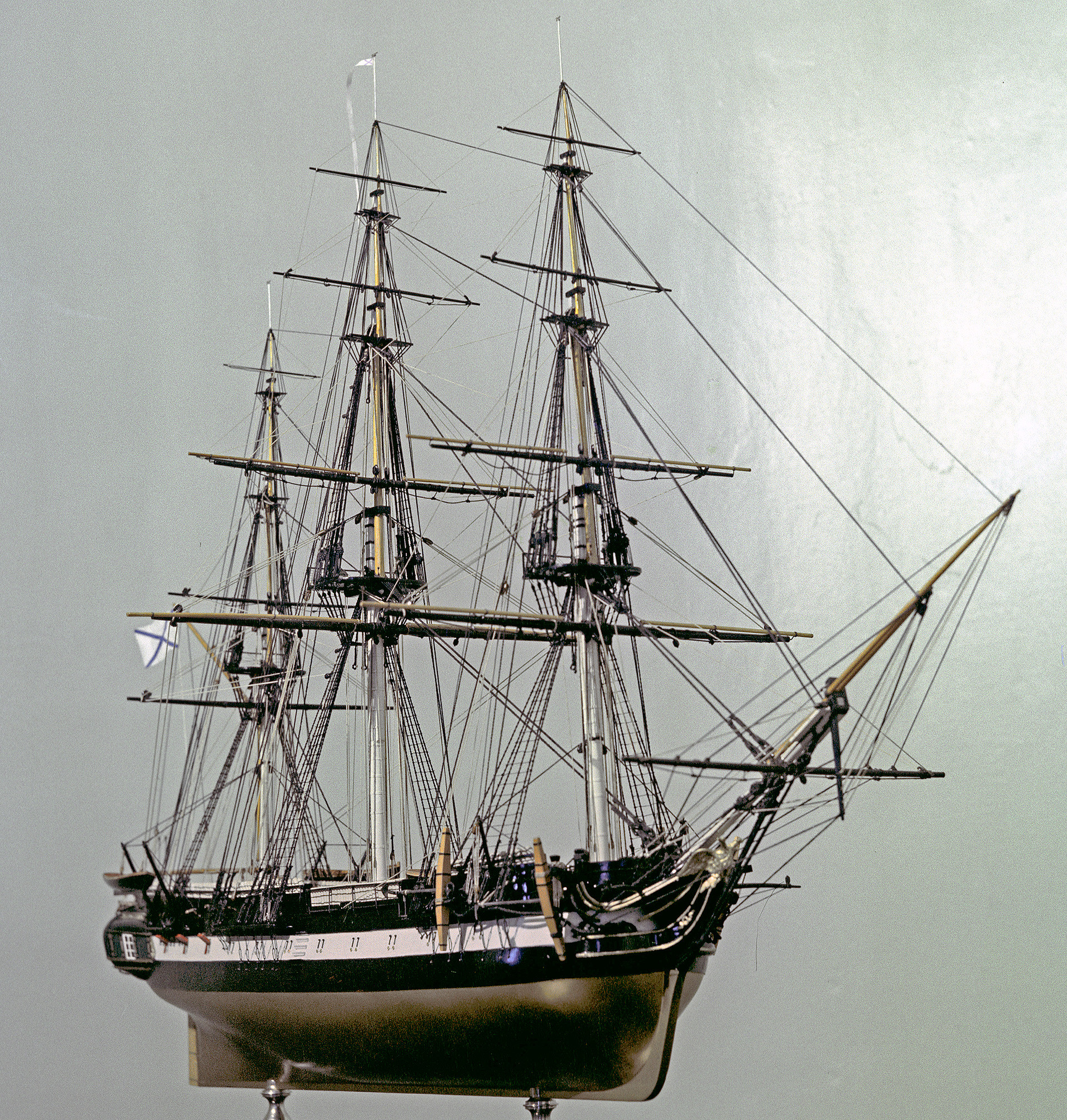 A model of a sloop-of-war Vostok in the Central Navy Museum in Leningrad in 1970.

In 1819-1821, Faddey Bellingsgauzen and Mikhail Lazarev led a sea voyage on the sloops-of-war Vostok (East) and Mirny (Peaceful) that resulted in the discovery of Antarctica, plus the mapping of 29 islands. 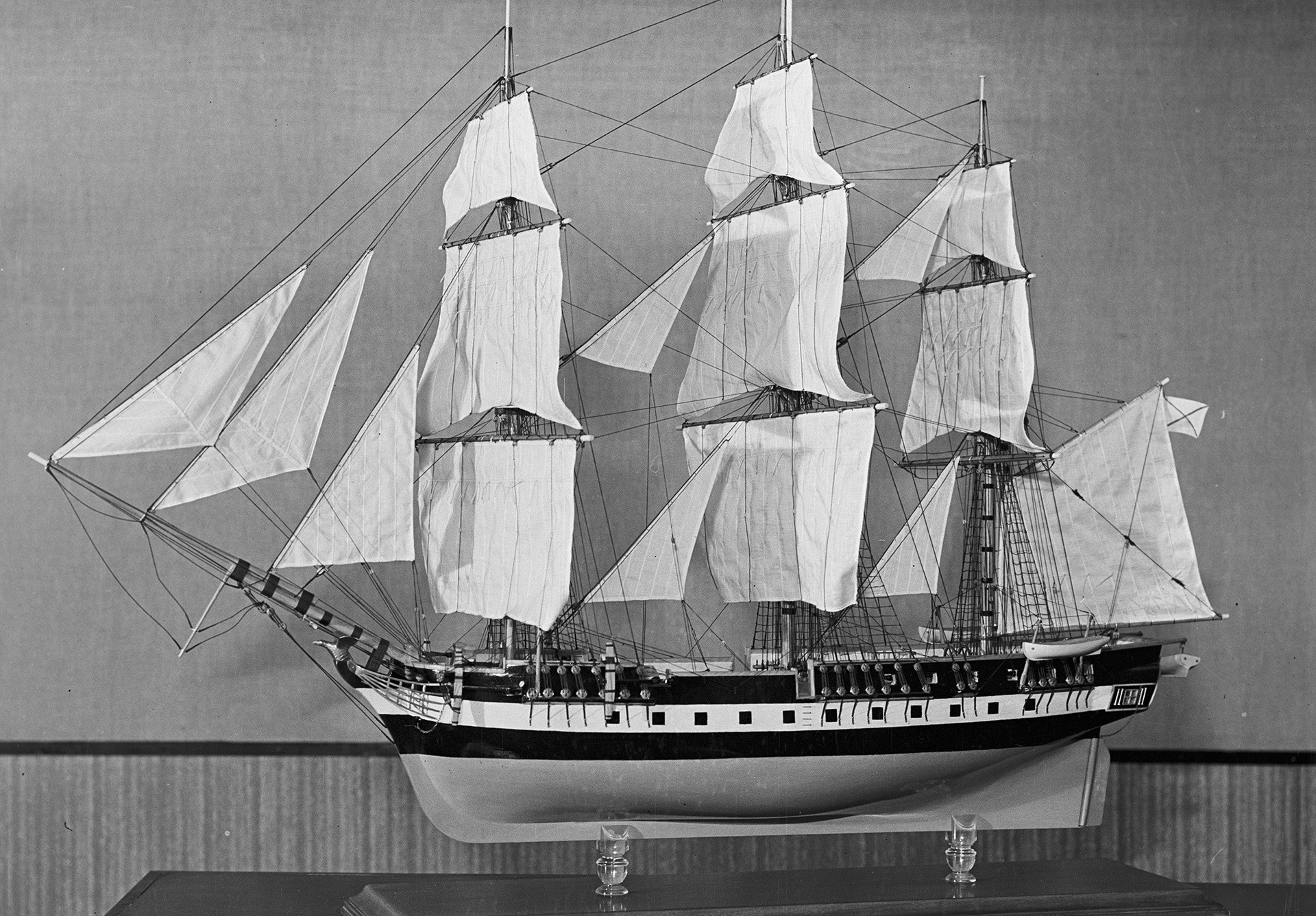 Coasts, peninsulas, science stations in the Antarctic and even mountain chains on the planet Mercury were named in honor of the sloops-of-war. Besides, the Vostok gave its name to the Soviet spaceship on which Yuri Gagarin made his first legendary flight.

6. Azov ship of the line 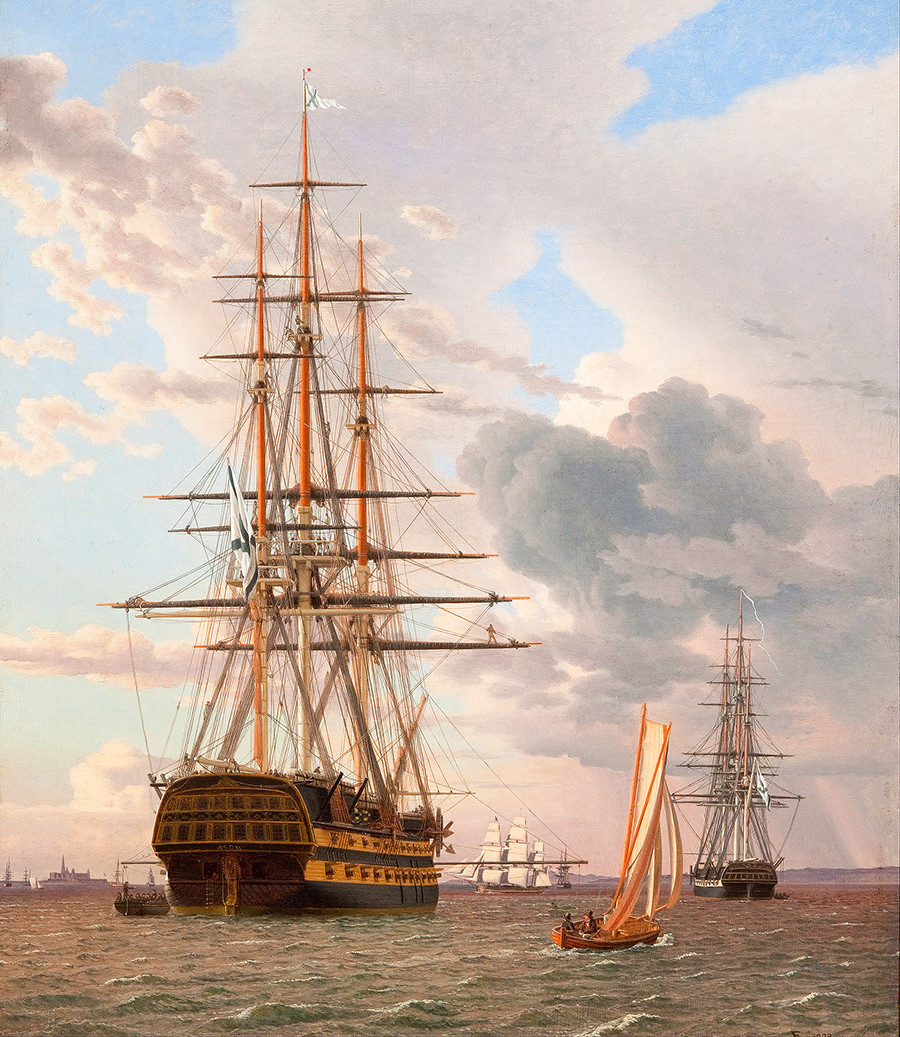 The Russian ship of the line Azov at anchor in Elsinore.

The State Museum of Fine Arts/Wikipedia

The 74-gun ship of the line Azov became a hero of the naval Battle of Navarino (1827), when allied forces of Britain, France and Russia defeated Ottoman and Egyptian fleets. The ship, led by discoverer of Antarctica Mikhail Lazarev, destroyed five enemy warships, including the Ottoman 80-gun flagship.

The Azov became the first ship in the Russian Navy to be awarded the special Flag of St. George, one of the highest awards any ship could get. 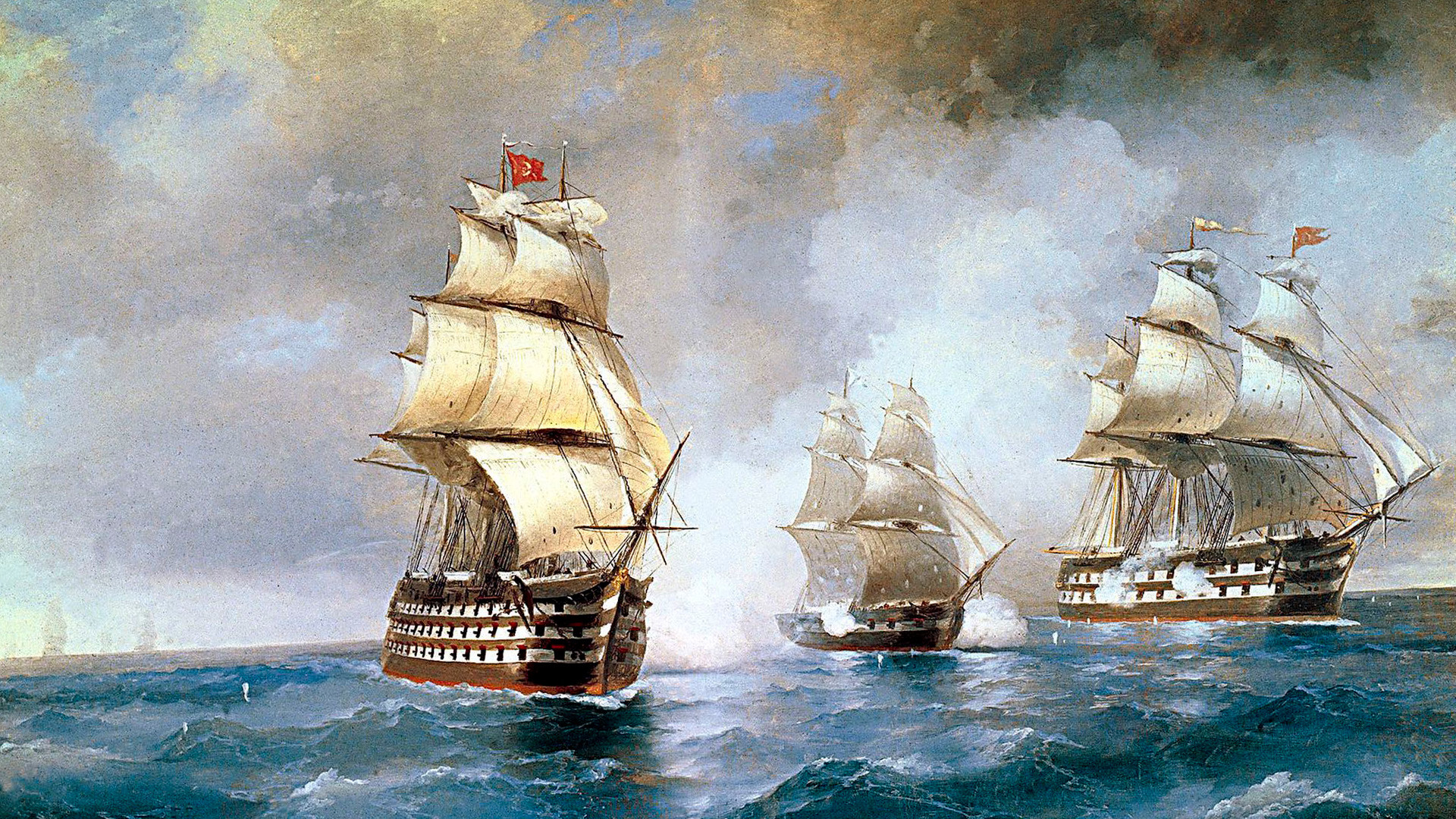 The second (and last) Russian ship awarded the honorable Flag of St. George was the brig Mercury. During the Russo-Turkish war (1828-1829), this small 18-gun warship was forced to engage in an unequal battle with two Ottoman line ships: the 110-gun Selimiye and the 74-gun Real-bei.

Unbelievably,  the small brig managed to damage the enemy giants, which had to withdraw from the battle and abandon the pursuit. Heavily damaged, the Mercury outran the Ottomans and joined up with the Russian fleet.

The Mercury survived the war and avoided crashes, being decommissioned only in 1857 due its dilapidated state. 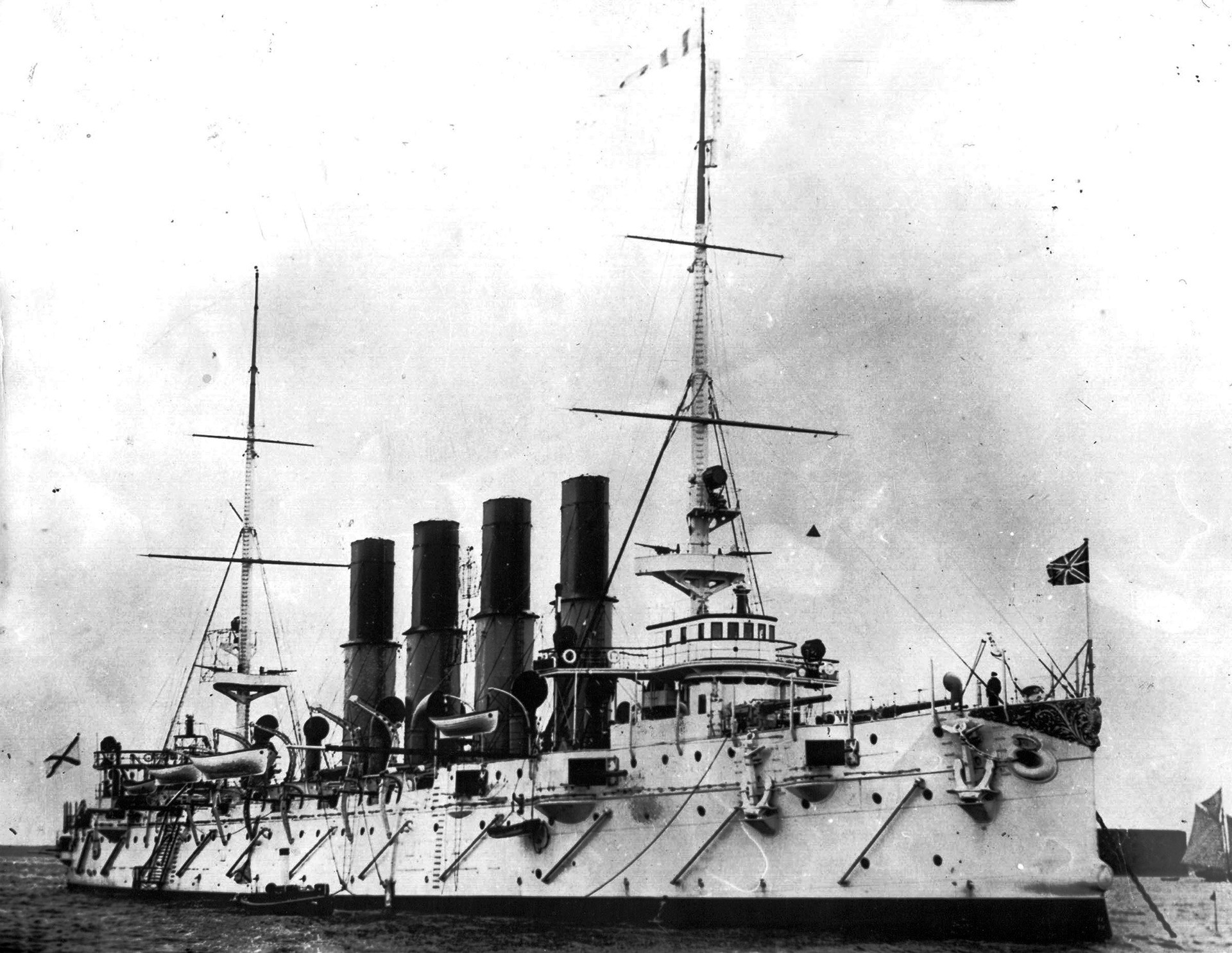 At the very beginning of the Russo-Japanese War, on Feb. 9, 1904, the Imperial Japanese Navy blockaded the Russian protected cruiser Varyag and the gunboat Korietz in Chemulpo Bay. Completely outnumbered, the Russian ships still left the harbor and engaged in battle with six enemy cruisers and eight torpedo boats.

After the long fight, the heavily damaged Varyag and Koreitz returned to the harbor. Their crews blew up their ships and transferred to vessels of neutral countries.

In 1905, the Japanese lifted up the Varyag and started to use it under the name Soya. In 1916, when Russia and Japan were allies, the ship returned to Russia and got back its original name. 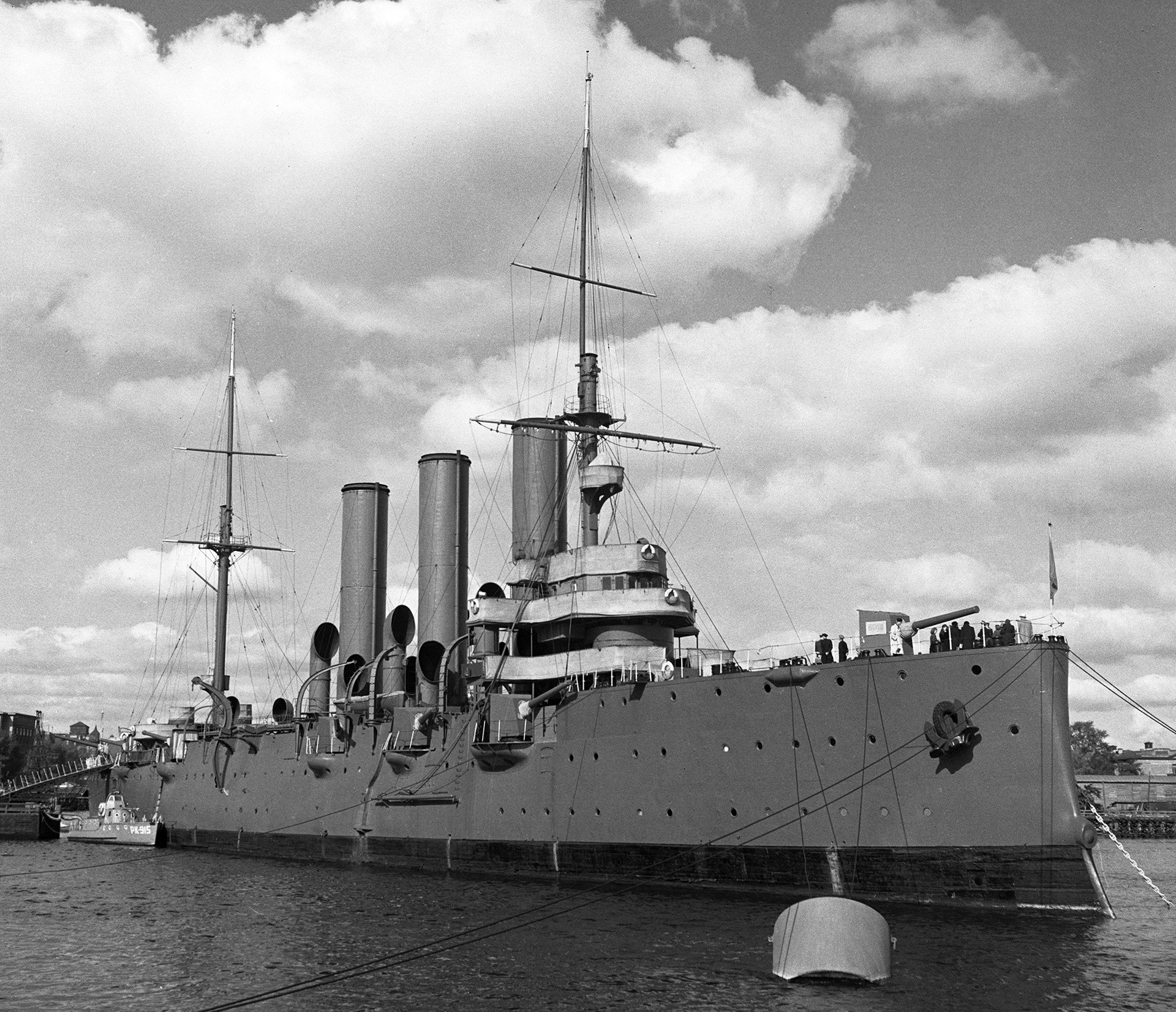 The cruiser Aurora at Petrogradskaya Embankment in St. Petersburg.

Despite the fact that the Aurora participated in several wars, including the Russo-Japanese War and the First World War, it became famous for its participation in the 1917 October Revolution. On Oct. 25 (Nov. 7), its blank shot signaled the start of the assault on the Winter Palace, earning the ship a reputation in the Soviet Union as one of the Revolution’s main symbols. 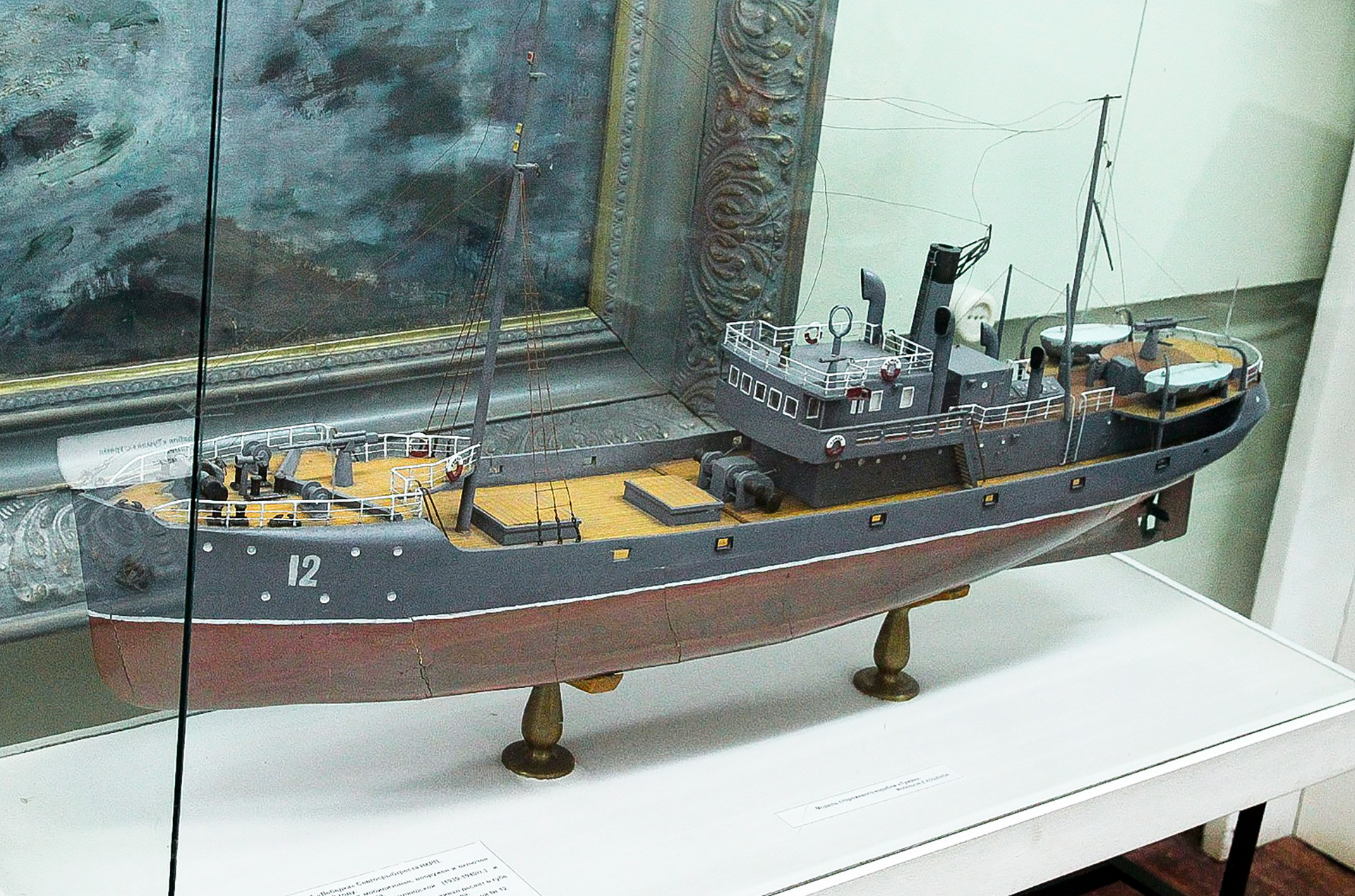 A model of Tuman patrol boat.

On Aug. 10, 1941, the Soviet Tuman (Mist) patrol boat faced three German destroyers near Kildin Island in the Barents Sea. After laying a smoke screen, the Tuman tried to reach the coast. Despite severe damage and the death of the captain, the crew continued to fight to save their ship. Under heavy enemy fire, the sailors even raised the ship’s flag that had been shot from the mast.

The Tuman was eventually sunk, but the smoke screen and subsequent fire from the coastal artillery warded off the Germans and saved 37 of the 52 crew members.

To this day, Russian ships passing Kildin Island dip their flags and sound a long blast on their horns in honor of the Tuman.

Here you can find out why the Russian Navy built round ships in the 19th century.