History
Jaime Noguera
During the ten-week Falklands War in spring 1982, U.S. satellites provided vital intelligence to the UK that contributed to the sinking of Argentina’s light cruiser, the ARA General Belgrano. Meanwhile, Soviet satellites were helping Argentina to send British ships to the bottom of the sea. 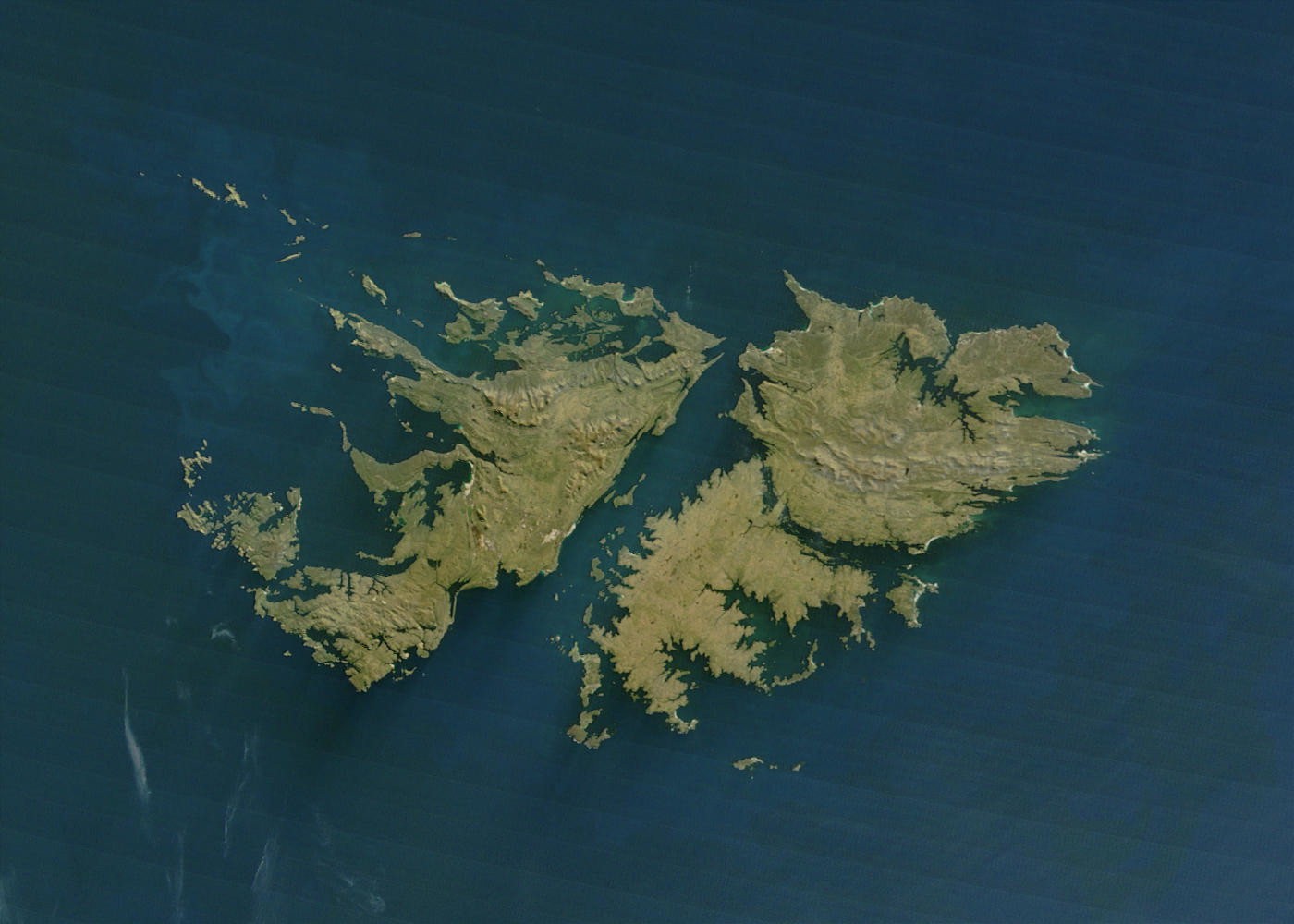 Soviet leaders had little sympathy for General Leopoldo Galtieri's military junta in Bueno Aires, but the Falklands conflict was a chance for the Kremlin to take revenge on the West, which was supporting mujahideen terrorist groups in Afghanistan, which the Red Army had invaded in 1979.

In addition, Argentina was one of only two countries that didn’t participate in the food embargo imposed on Moscow following its invasion of Afghanistan. So, helping Argentina against the UK was also a chance for the USSR to show gratitude.

The USSR decided to provide intelligence to the Argentine military about the British naval task force. According to one Russian historian, however, Argentinian pilots failed to take full advantage of this crucial information.

A Russian satellite in the service of Argentina

Although many of the Soviet archives on the Falklands War are still classified, political analyst Sergei Briliov has published important information, based on interviews with Soviet military officers, in his book Fidel, Fútbol and Malvinas.

Speaking to Argentina’s leading conservative newspaper, La Nación, Briliov commented on claims made by Soviet officers in the early 1980s.

"The first one I went to see was General Nikolai Leonov, first deputy of the KGB's analytical service during the war. He confirmed that from the onset of the conflict, there were several Soviet satellites that were sending information to the Argentine military. The same thing was repeated to me by General Valentin Varennikov, then deputy chief of the Soviet Armed Forces Headquarters."

What evidence do we have for this satellite’s existence? According to , on May 15, 1982, almost six weeks after Argentina’s annexation of the Falklands archipelago, the Soviets put the Kosmos-1365 satellite into orbit, which Briliov said had one goal: to gather information for Argentinian forces in the South Atlantic.

According to the Russian historian, data provided by the Soviet spy satellite helped Argentina’s A-4 Skyhawks sink the destroyer HMS Coventry and 19 of its crew on May 25, 1982, costing British taxpayers £37 million. 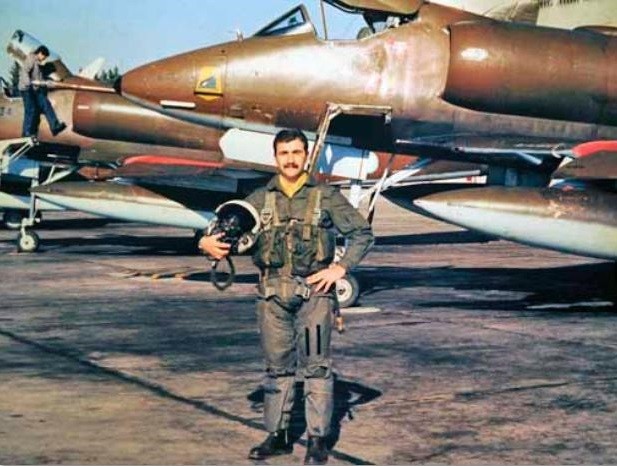 Argentinian pilot of A-4 Skyhawk

Briliov’s book has a chronological comparison of the conflict’s main events and his country’s intelligence activities that focus on the region. He argues that Atlantic Conveyor, a British merchant ship used as a carrier and freighter, was another victim of Soviet-Argentine cooperation.

Photographic information provided by the Kosmos-1365 spy satellite contributed to the ship’s demise by two AM39 Exocet missiles that were fired from one of the Argentine Navy’s Super Étendard warplanes. Twelve men, six Westland Wessex helicopters, three Boeing Chinooks and a Westland Lynx were destroyed in the strike. As a result of these losses, British troops were forced to retake Puerto Argentino (or as the British called it, Port Stanley) by crossing the Falklands on foot.

In his blog, El Snorkel, lawyer and historian Mario Pablo Sciaroni claimed that at 11:00 a.m. every day in May and June of 1982, the Kosmos-1368 photographic spy satellite flew over the Falklands at a distance of 240 km. In addition, he alleges that during the conflict, the Kosmos-1455 electronic spy satellite and the Kosmos 1372 radar spy satellite provided vital information about events on the islands and their surroundings. 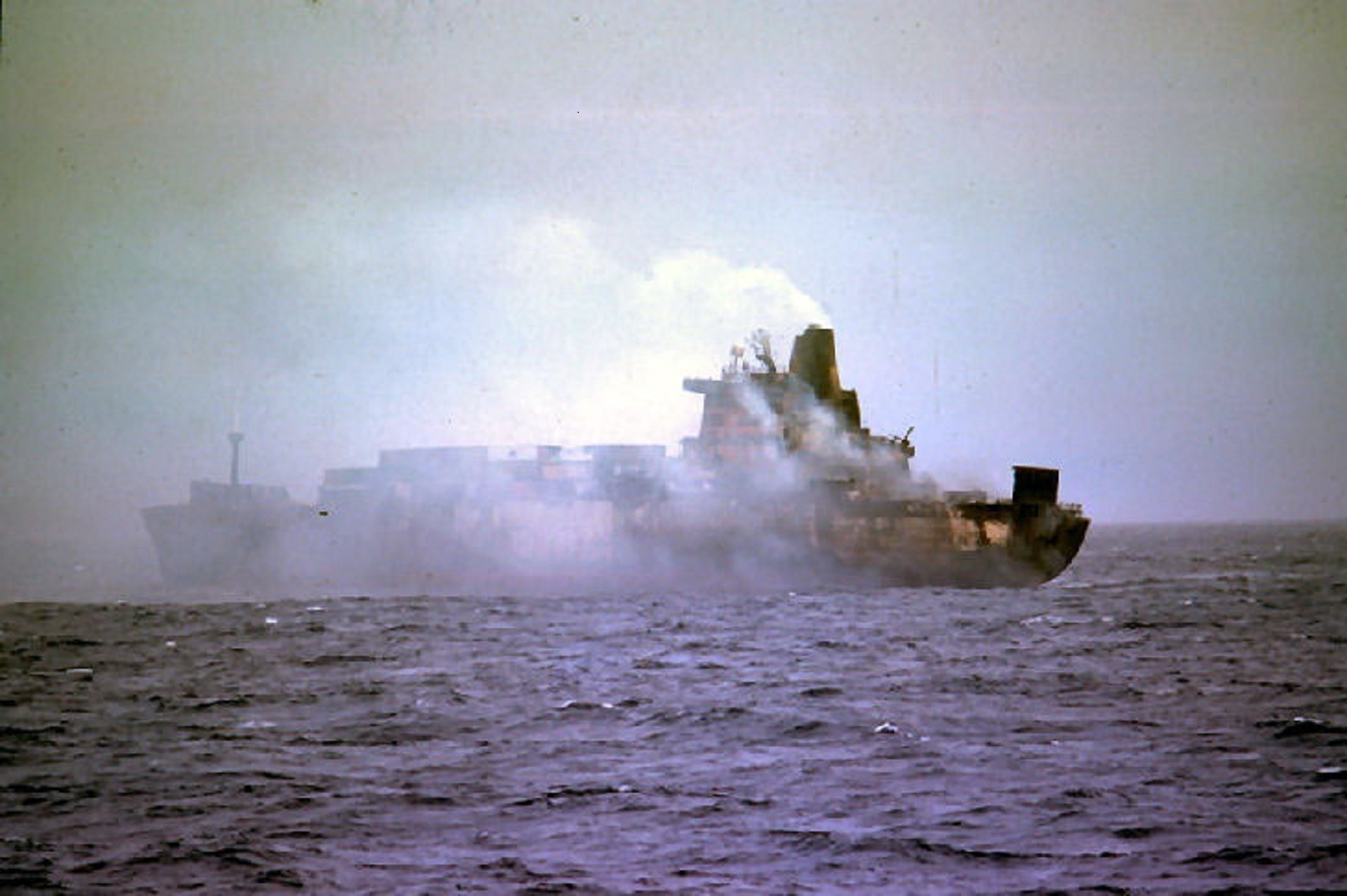 The Atlantic Conveyor after being hit by missiles.

The Soviets also provided logistical support to the Argentine Armed Forces in the form of an airlift via Brazil, through which weapons and spare parts were delivered to Argentina. Long-range Soviet aircraft, dispatched from bases in Angola, also carried out air reconnaissance missions, while spy ships tracked the British fleet in the Atlantic Ocean. One of the Soviet ships even cooperated with the Argentine Navy in rescuing survivors of the Belgrano.

Despite this information, much more remains to be known about the secret involvement of both the Soviet Union and the West in the Falklands conflict. Until the release of secret information that still gathers dust in state archives, the guesswork is left to us.