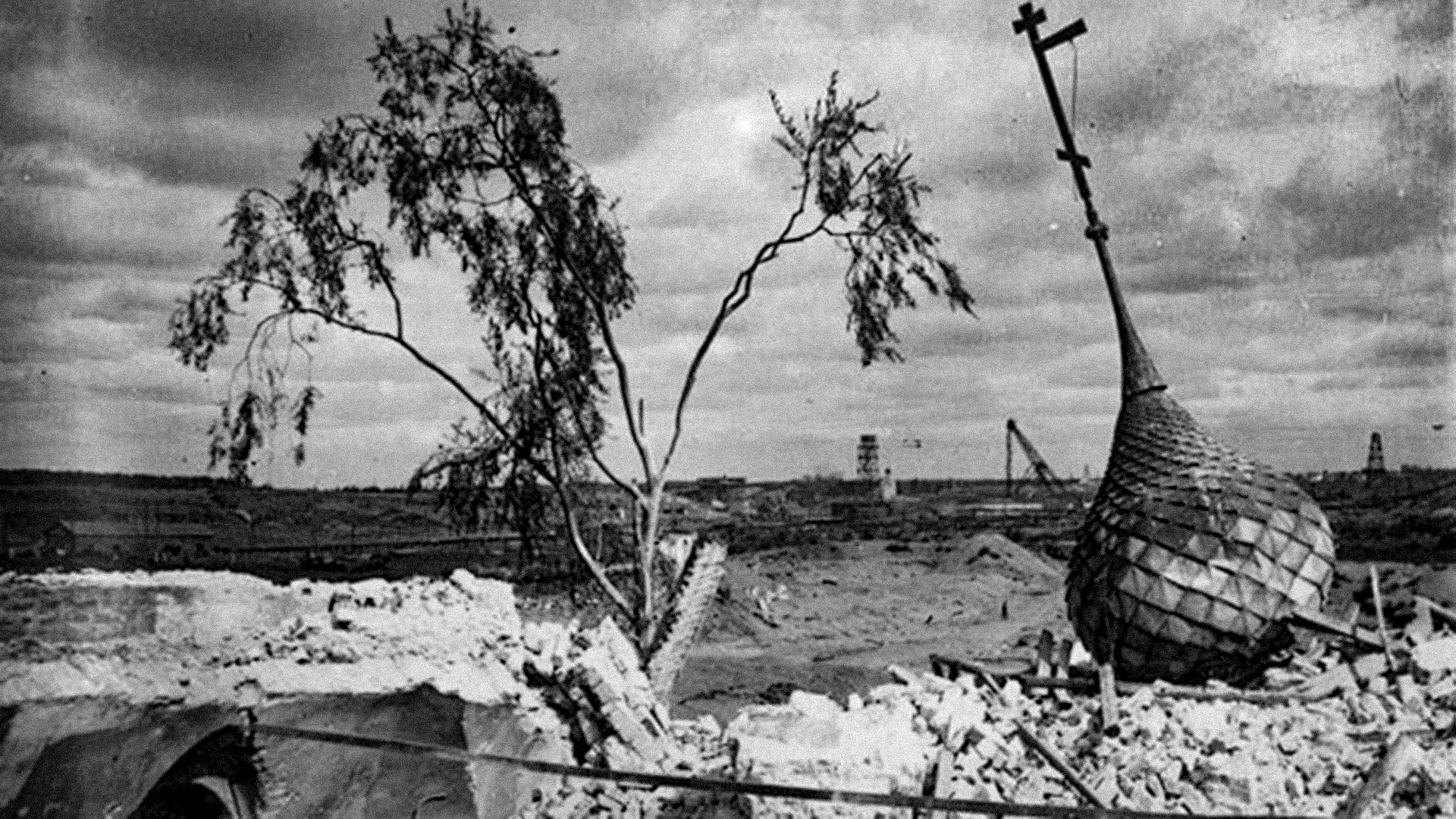 Public Domain
This once prosperous town was submerged in 1941 during construction of the Rybinsk Reservoir, one of the world’s largest. There are many amazing and mysterious facts in the town’s history. Here are a few.

1. Mologa was a wealthy and thriving town 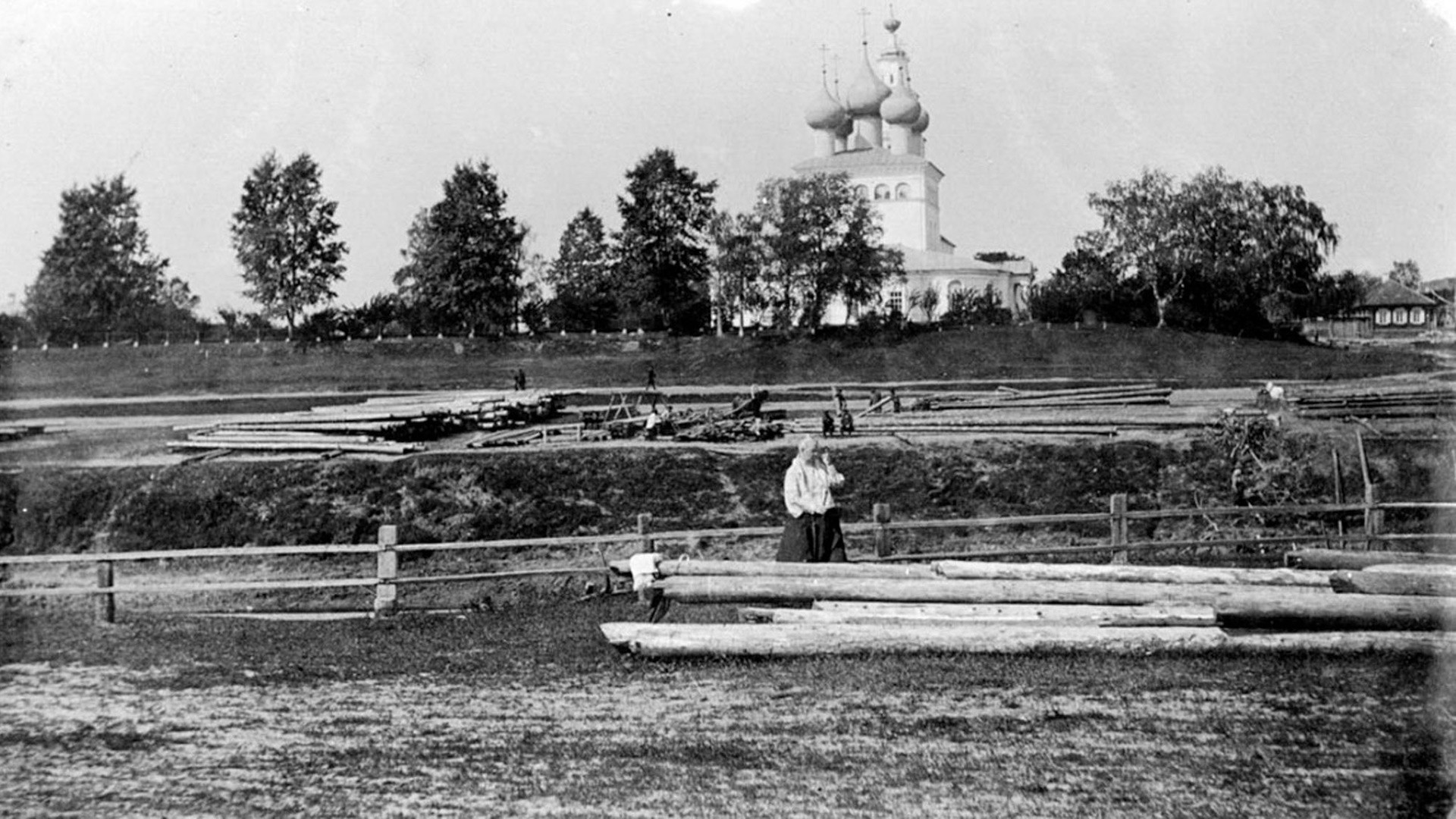 Mologa is believed to date to 1149, when it was first mentioned in historical chronicles. The settlement was situated between two rivers - the Volga and the Mologa. Sturgeon, sterlet and whitefish were found in these parts, and local fishermen supplied them for the tsar's table.

From the end of the 14th century to the beginning of the 16th, one of Russia’s biggest fairs was held here, and it was well attended by merchants from Europe and Asia. 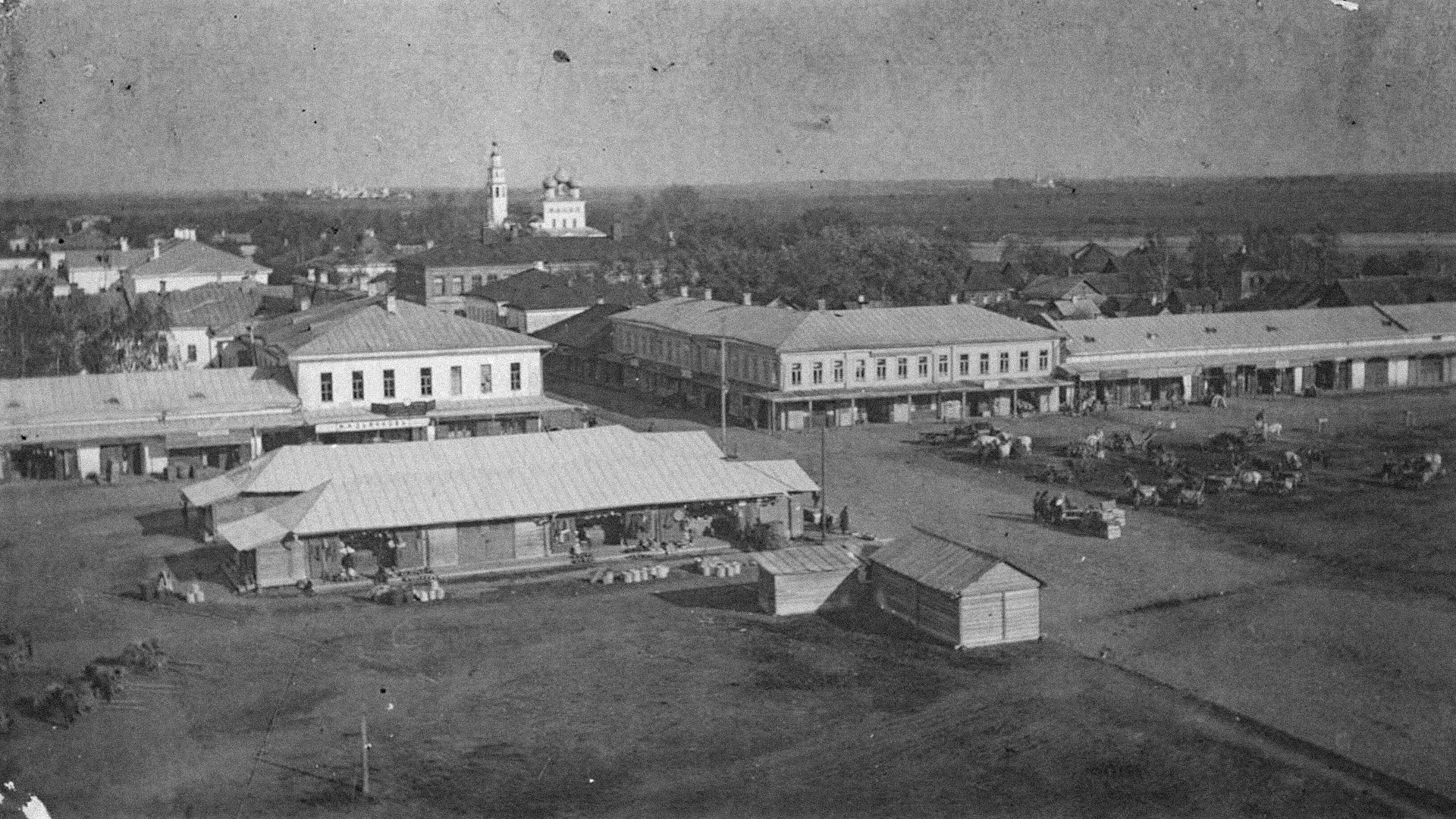 In 1777, by decree of Catherine the Great, Mologa was awarded the status of district center. The Volga trade route and the active expansion of St. Petersburg contributed to the growth of the town. Every year, hundreds of ships passed through Mologa where they were loaded with goods and provided with various port services.

2. Mologa was famous for its medieval and classical architecture 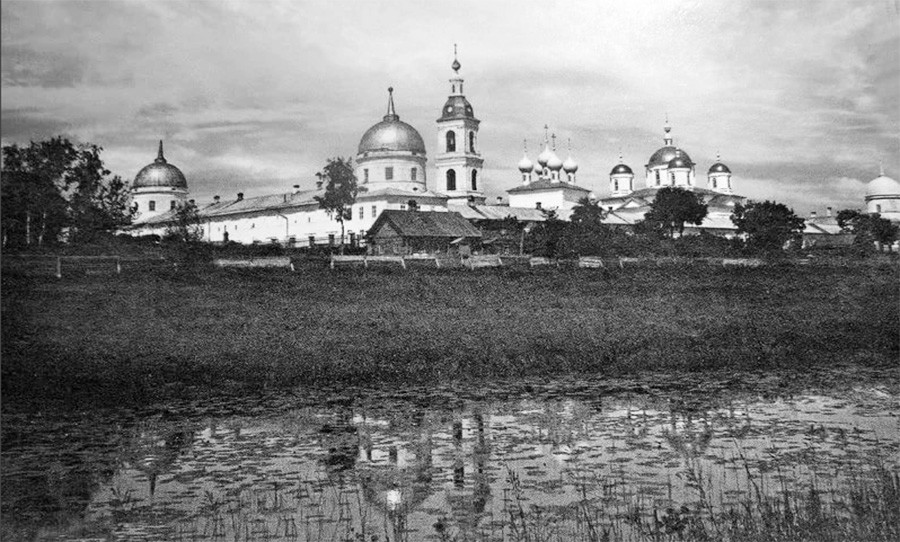 The St. Athanasius Convent, which was founded in the 15th century, was one of the main groups of buildings in the town environs. By the end of the 19th century, the monastery had four churches. 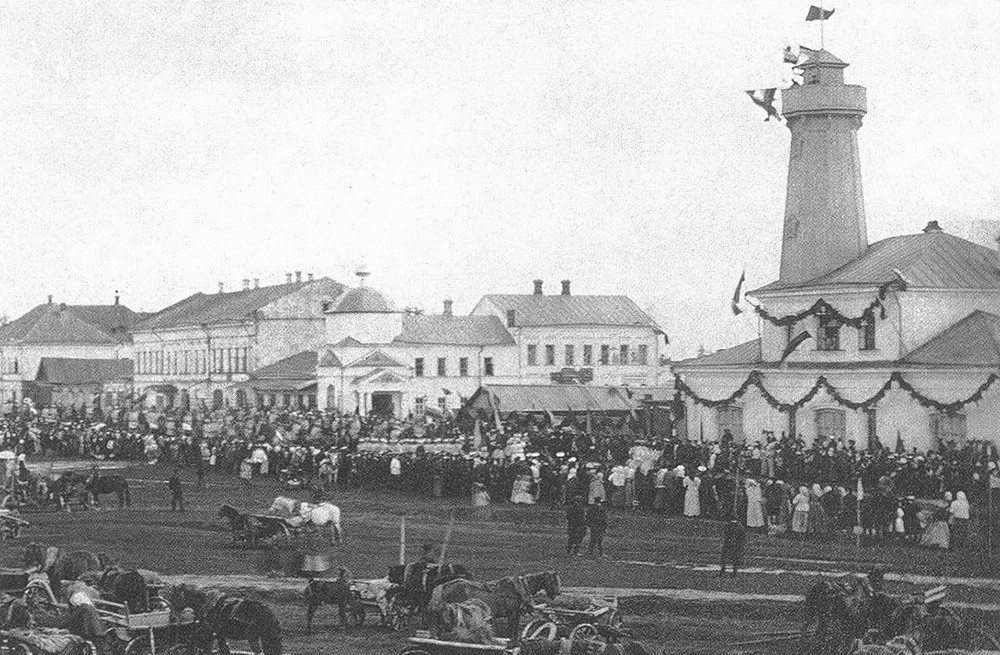 The Epiphany Cathedral, built in 1882 in the Russian Byzantine style, stood out among the churches in the town. Local residents also took pride in their stone-built fire station with a watchtower designed by Andrey Dostoevsky, the brother of the great writer.

3. The town was not supposed to be submerged 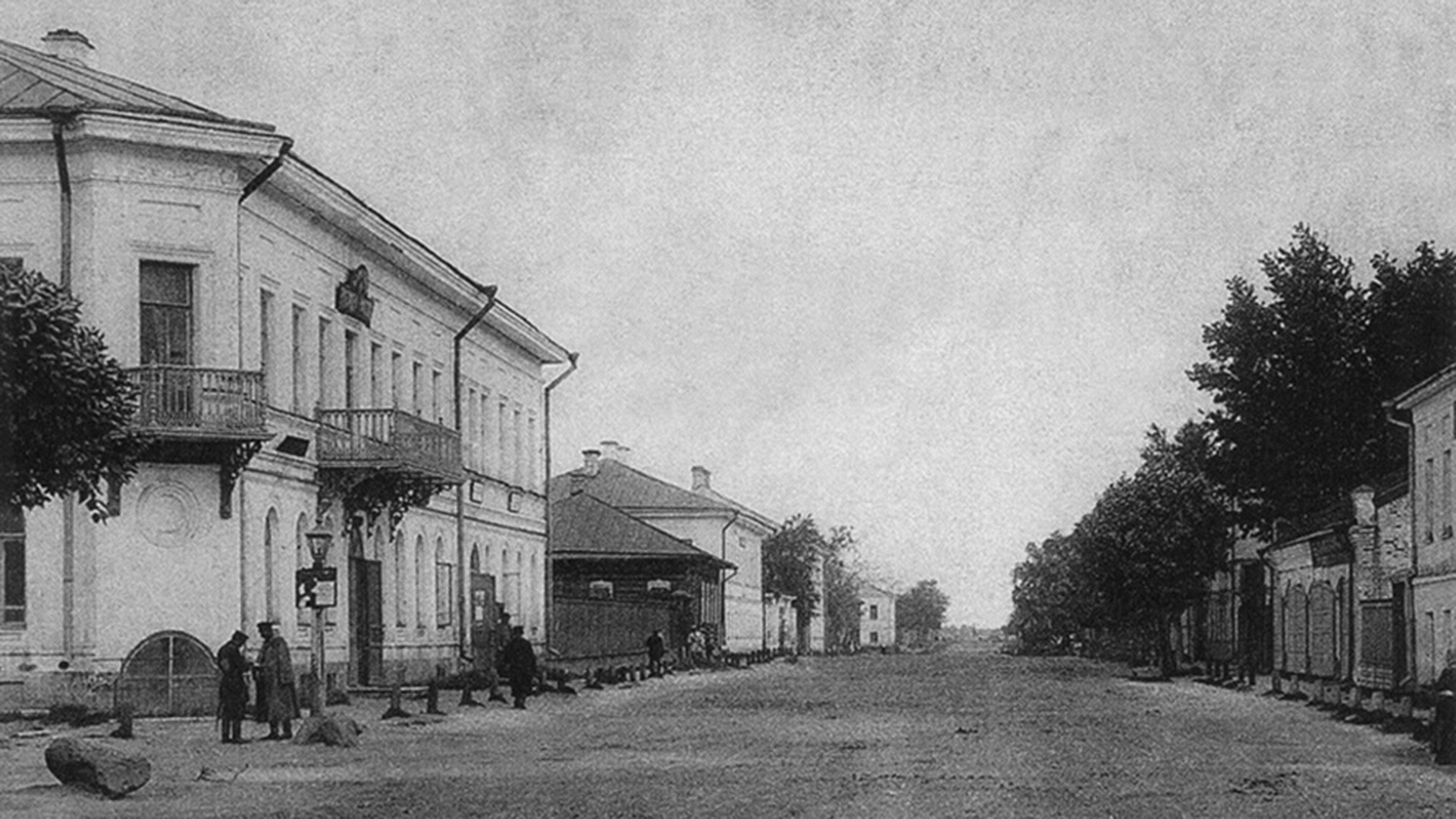 The initial project for Rybinsk Reservoir did not envisage the flooding of Mologa - the town was supposed to remain on a kind of island. However, during the dam’s construction it was decided to raise the level of the reservoir by several meters in order to increase the capacity of the hydroelectric power station. The decision led to a significant enlargement of the area of the reservoir and the submerging of the town.

4. More than 6,000 people lived here before the flooding 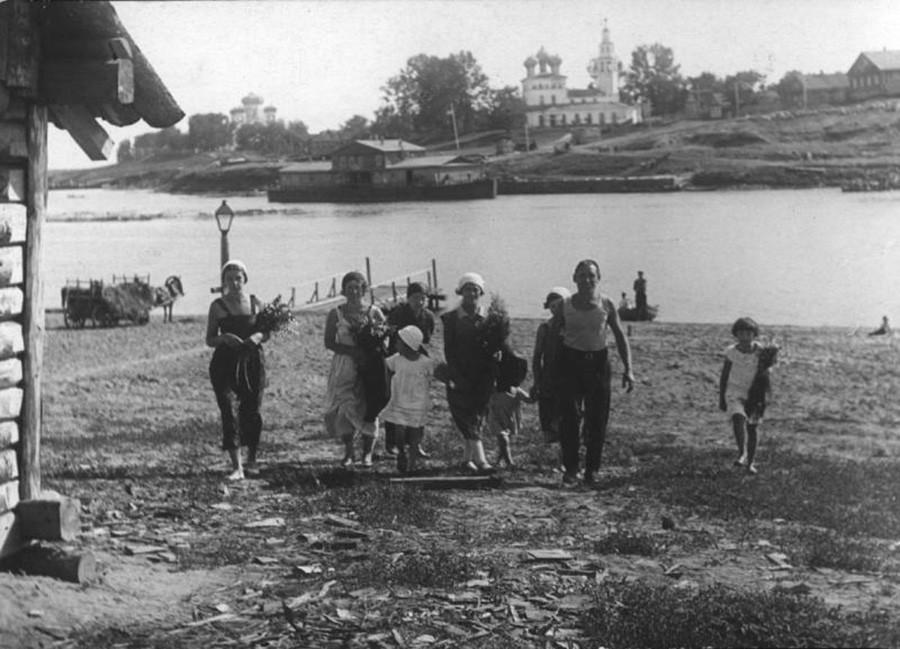 A total of 6,100 residents lived in Mologa as of 1940. The town had 900 buildings, of which around 100 were made of stone. The market square had about 200 shops, large and small. There were 11 factories and industrial plants making wine, bricks, glue, berry extracts and other goods.

5. Inhabitants lost under the water 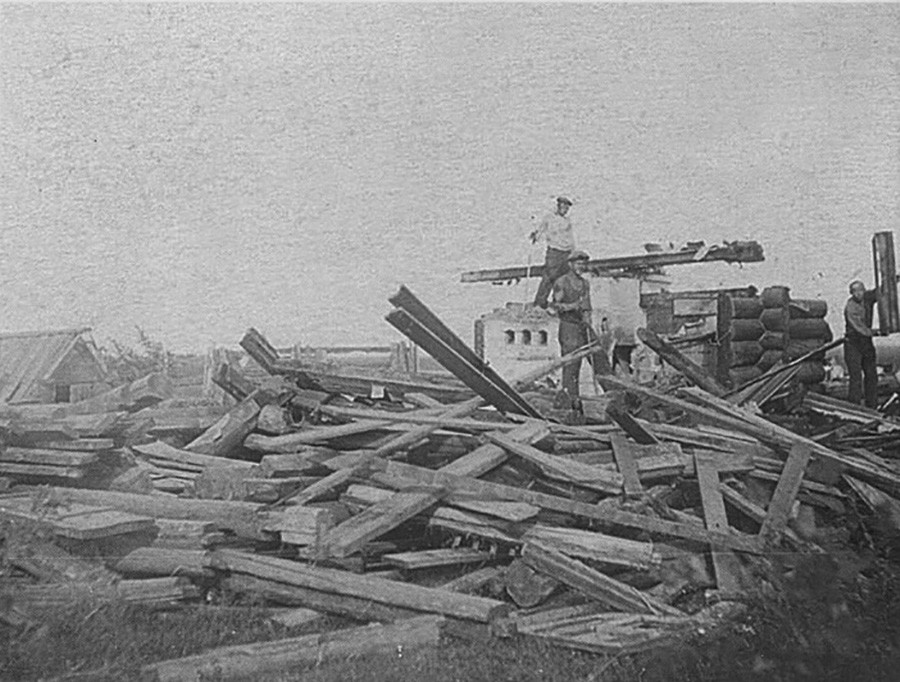 When the town’s fate was finally decided an evacuation of residents to neighbouring Rybinsk began. Wooden houses were dismantled and rafted down the Volga, and compensation was paid for stone dwellings. Meanwhile, large buildings were blown up. According to legend, not all the residents wanted to abandon the town.

According to a secret report by NKVD officer Sklyarov, 294 people refused to be evacuated and decided to remain along with the doomed town. They chained themselves to heavy objects and died in the flooding.

Some historians, however, doubt the veracity of the document. The truth is that the reservoir was filled gradually - over a period of six years. This fact makes the account of the watery deaths somewhat unlikely. The fate of the residents who refused to be evacuated remains a mystery.

6. The watery doom was foretold half a century before 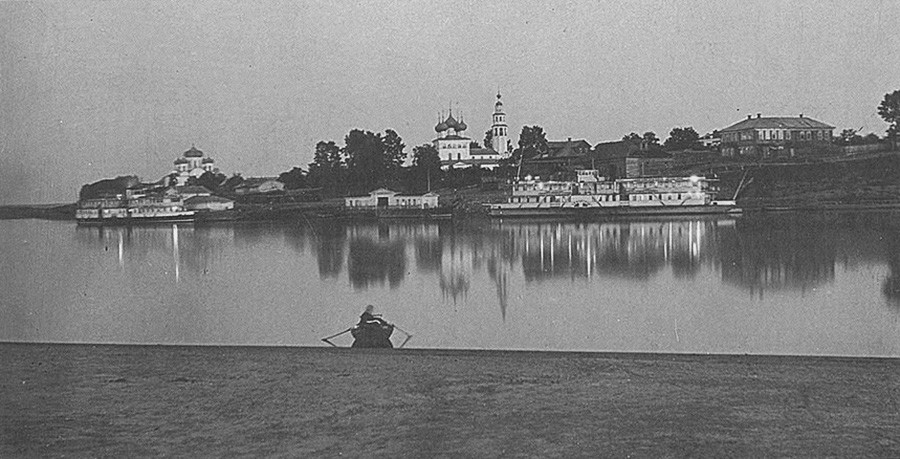 In 1881 the prioress of a monastery near Mologa, Mother Superior Taisiya, had a prophetic dream. On waking, she wrote down a detailed account.

In her dream she was walking through a field of rye, which became submerged in water. She felt it appeared here because of human actions, and she entered the water and continued walking until it rose to her neck. At that point someone handed her a staff from above. Taisiya leaned on it and the level started going down. The monastery’s white stone walls rose from beneath the water.

Some people still believe that the prophecy’s second part will come true and that the submerged areas will become dry land again.

7. The town reappears every few years

The level of the Rybinsk Reservoir sometimes subsides and Mologa reappears. Today, the descendants of Mologa residents sometimes gather from all parts of the country to visit their hometown.

Today, the town is almost completely destroyed. In nearly 80 years the water has ruined anything the Bolsheviks did not manage to blow up, and all that is left now is the paved streets and the foundations of buildings.