Who is the scary KGB defector in the new Call of Duty trailer? 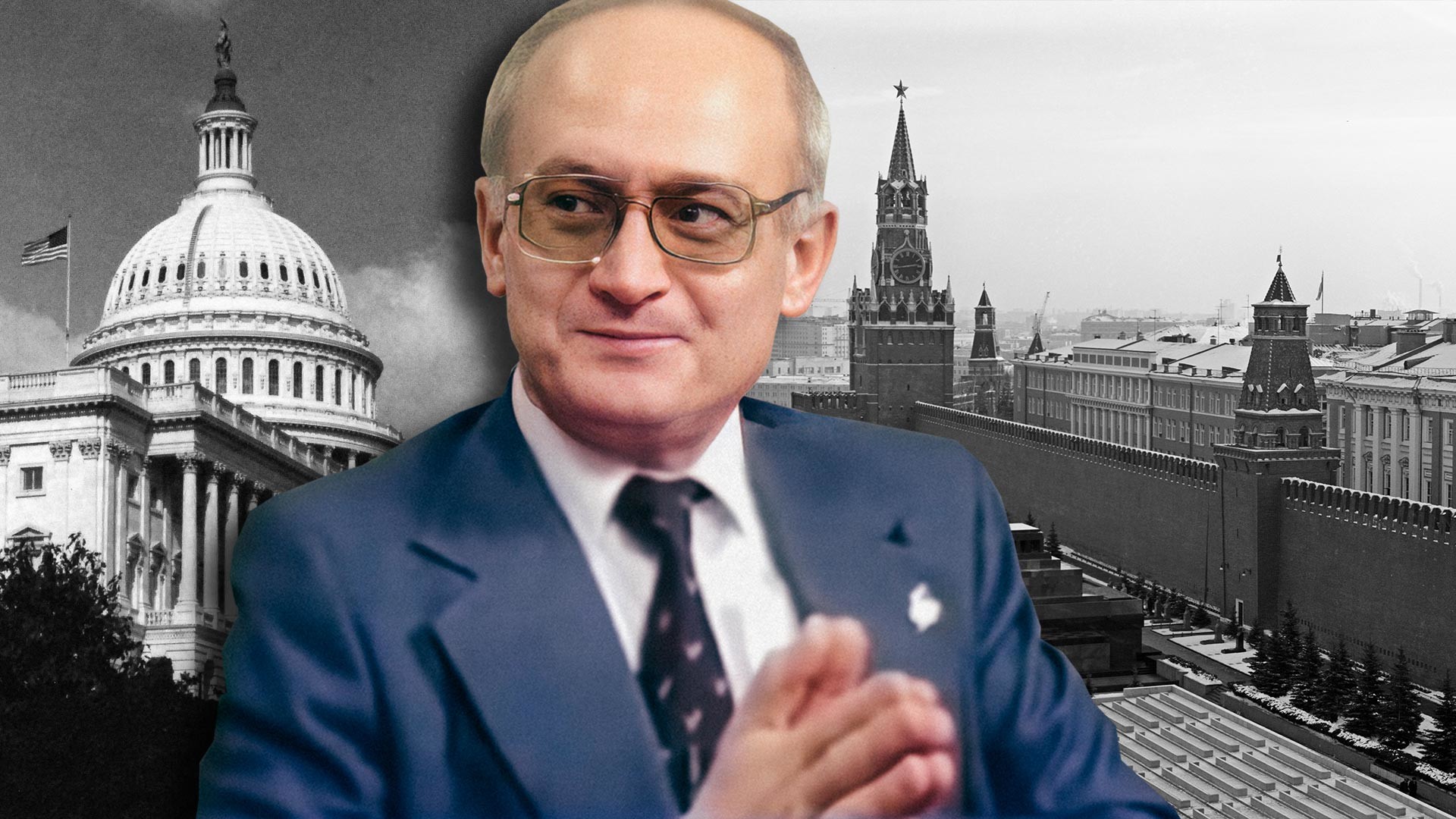 VItaly Karpov/Sputnik; Archive photo; Russia Beyond
Yuri Bezmenov rode on a wave of popularity 40 years ago, when he openly talked about the methods of the Soviet political and ideological warfare against the U.S. Today, this information is still in high demand, not only among CIA experts, but even video game producers, as well.

From the first seconds of the trailer to the newest Call of Duty installment, dubbed Black Ops: Cold War, one can see a vintage video from the 1980s, where an unknown man explains shocking things about the so-called Soviet “active measures” — a complex of actions directed at the gradual weakening and breaking of the U.S. This person is not some actor, but real KGB defector Yuri Bezmenov, who in an interview from 1985 told the U.S. about the psychological warfare Moscow, as he believed, was leading against it.

Bezmenov never warned Americans about the infiltration of the Soviet spy Perseus into the U.S. intelligence network, as the trailer tries to convince us. This mysterious spy, if he ever existed, worked within the Manhattan Project in the 1940s. However, Bezmenov’s stories about KGB’s methods of subjugation of other countries, known as “Ideological Subversion”, really caused a high interest among the American society, CIA and national security specialists in the late 1980s.

Bezmenov couldn’t complain about his life in the Soviet Union. Being a son of a high ranking military officer, all roads were open. However, he became quite disappointed with the Communist reality already as a young man, realizing, as he wrote in his book ‘Love Letter to America’, “that the ideology of Marxism-Leninism is an absolutely false system that produces none of the advantages or benefits of the ‘worker’s paradise’ that it promises.”

A big fan of the East, he devoted his early life to this region and after graduating from the Moscow State University, where he studied India’s languages, culture and history, he was sent to the country to work as a translator and later as a journalist. It was at that time he was recruited by the KGB. 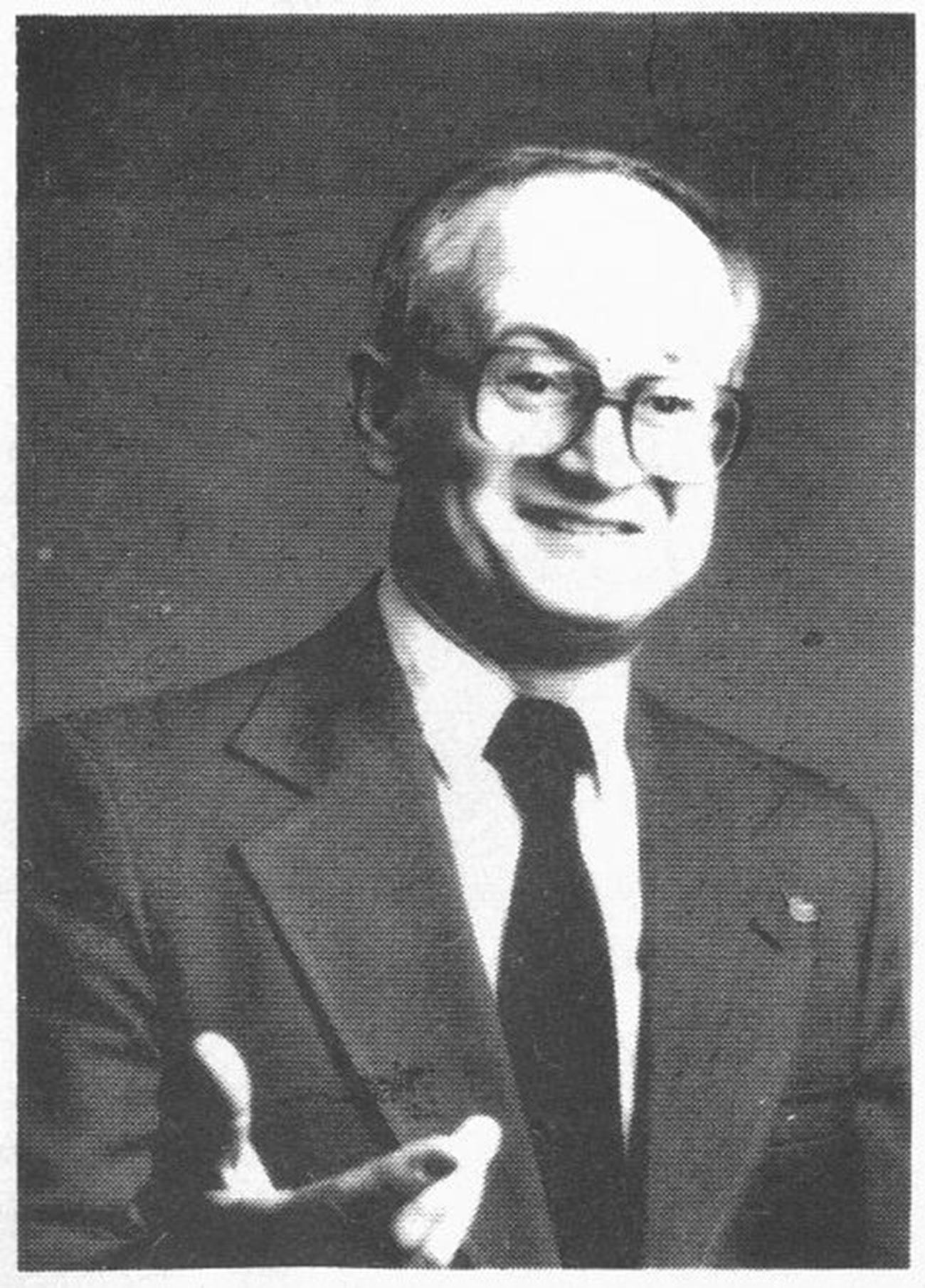 But how did it happen that such a big enemy of the regime and huge admirer of the “free world”, joined the Soviet secret service? “For one thing,” he said, “a Soviet journalist cannot simply say ‘no’ to the KGB. If he wants to remain alive, free, pursue his career and travel abroad, he simply must cooperate with the KGB, or suffer the consequences.”

Another reason was that he hoped “in some way to ‘outsmart them’, to play the game” until he could see more clearly how to proceed.

Yuri Bezmenov soon returned to India, where he worked at a Soviet embassy as a press-officer, but in fact, was involved in creating Soviet sphere of influence in the country, by bribing, corrupting and blackmailing local officials, trying to get into the inner circles of the Indian political elite. 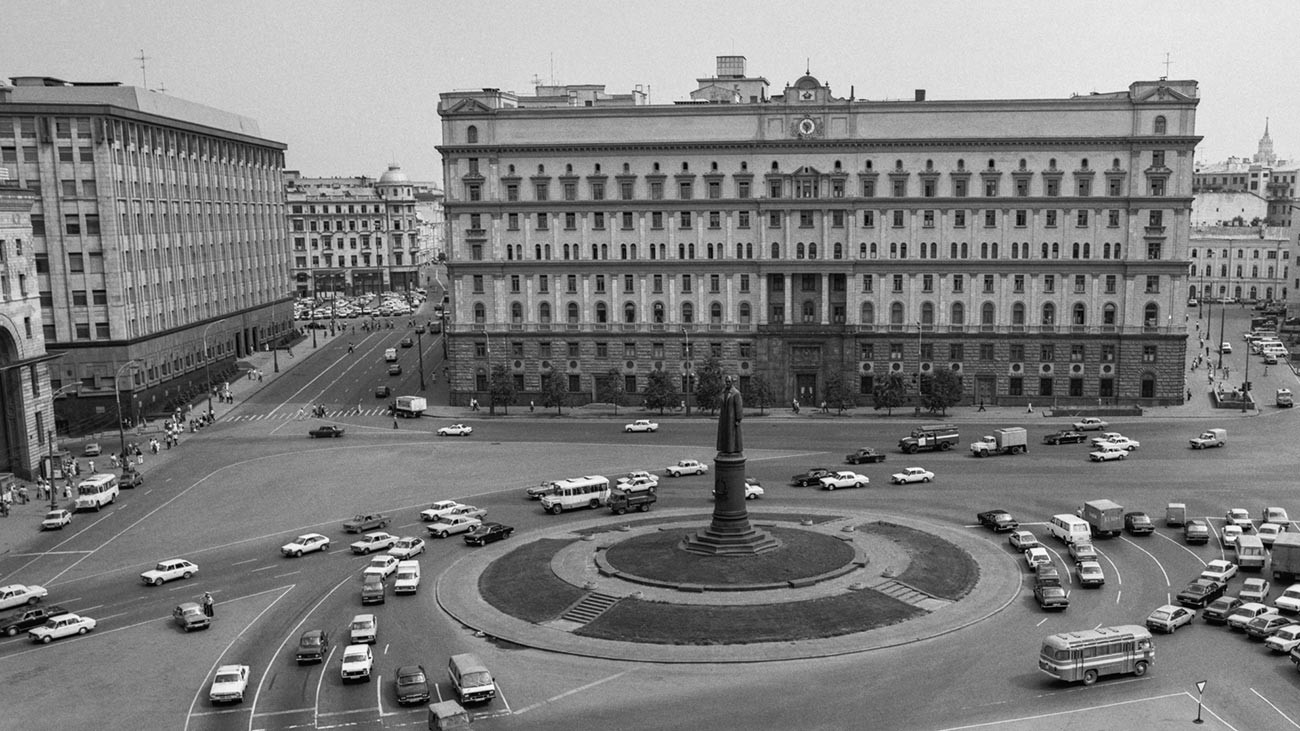 The Lubyanka head-quarters of the KGB in Moscow.

Bezmenov was even appointed as the deputy chief of one of the departments in the secret so-called Research and Counter-Propaganda Group at the New Delhi Embassy. However, he still decided to defect.

On February 8, 1970, he put on hippie clothes and just disappeared to later appear in Canada under the new (with the assistance of CIA) identity as Tomas Schuman. Later, in the 1980s, he moved to the U.S.

Bezmenov became very popular thanks to his multiple interviews, books and articles, in which he tried, as he said, “to awaken the Western populace to the realities of life under the Soviet system and to the Ideological Subversion that is being practiced upon them daily.” He talks about it in the Call of Duty trailer. 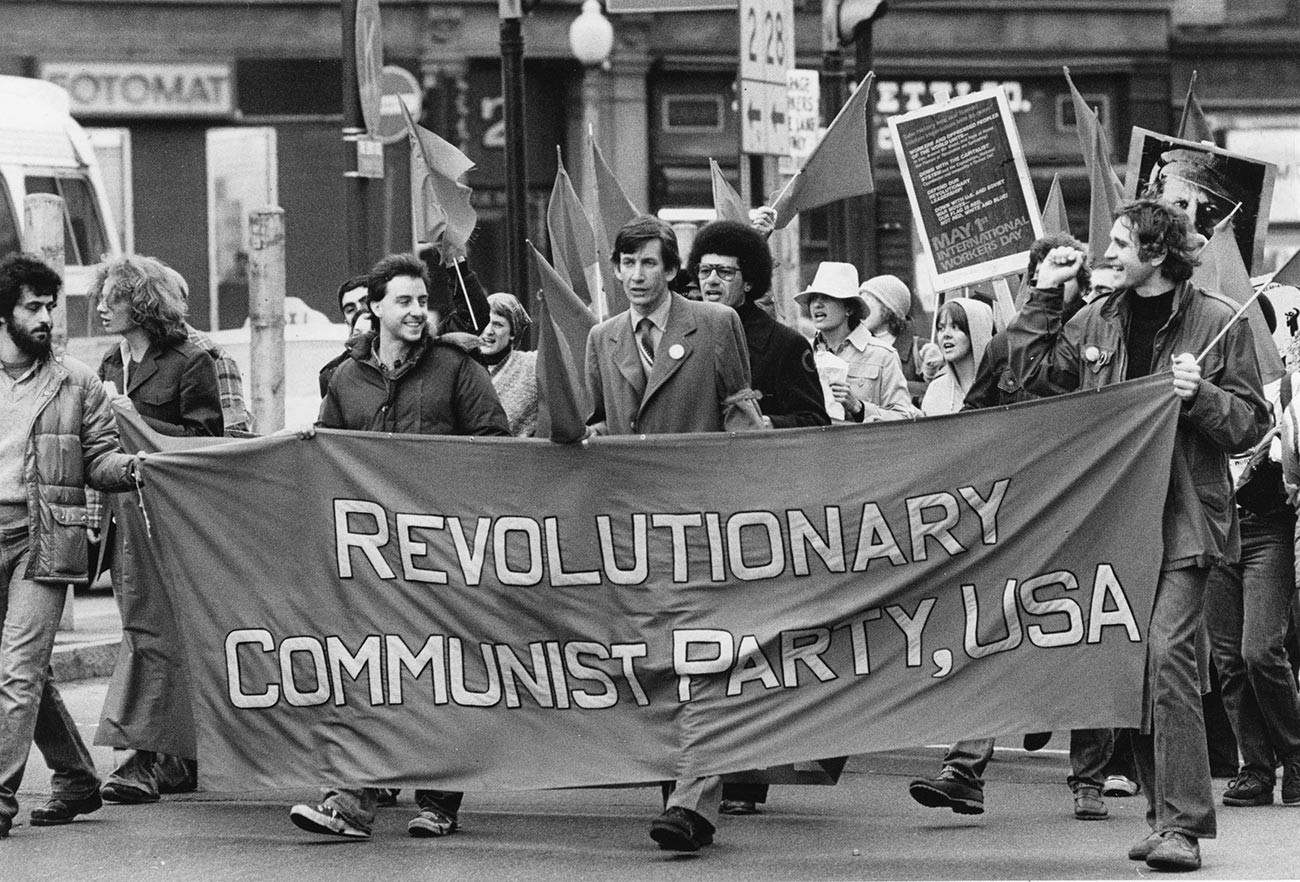 This psychological warfare led by the Soviets, according to the defector, had an aim to convince people of the enemy state that all decisions which in fact being made to their own disadvantages are made from their own acceptance and by their own will. The KGB’s task was to turn them into “the homogenized mass of useful and united idiots.”

Bezmenov named four stages of this process. The first is ‘Demoralization’. It takes 15-20 years to demoralize the nation — enough to “educate” one generation of students of the country, expose them to the ideology of the subverter by spreading marxist ideas among them, radicalize them. Agents of influence, secretly Soviet-supported public organizations and movements should promote false heroes and role models in the society, remove the spiritual backbone of the country — religion: commercialize and politicise it, take out its sacredness and turn it into some kind of entertainment, etc. 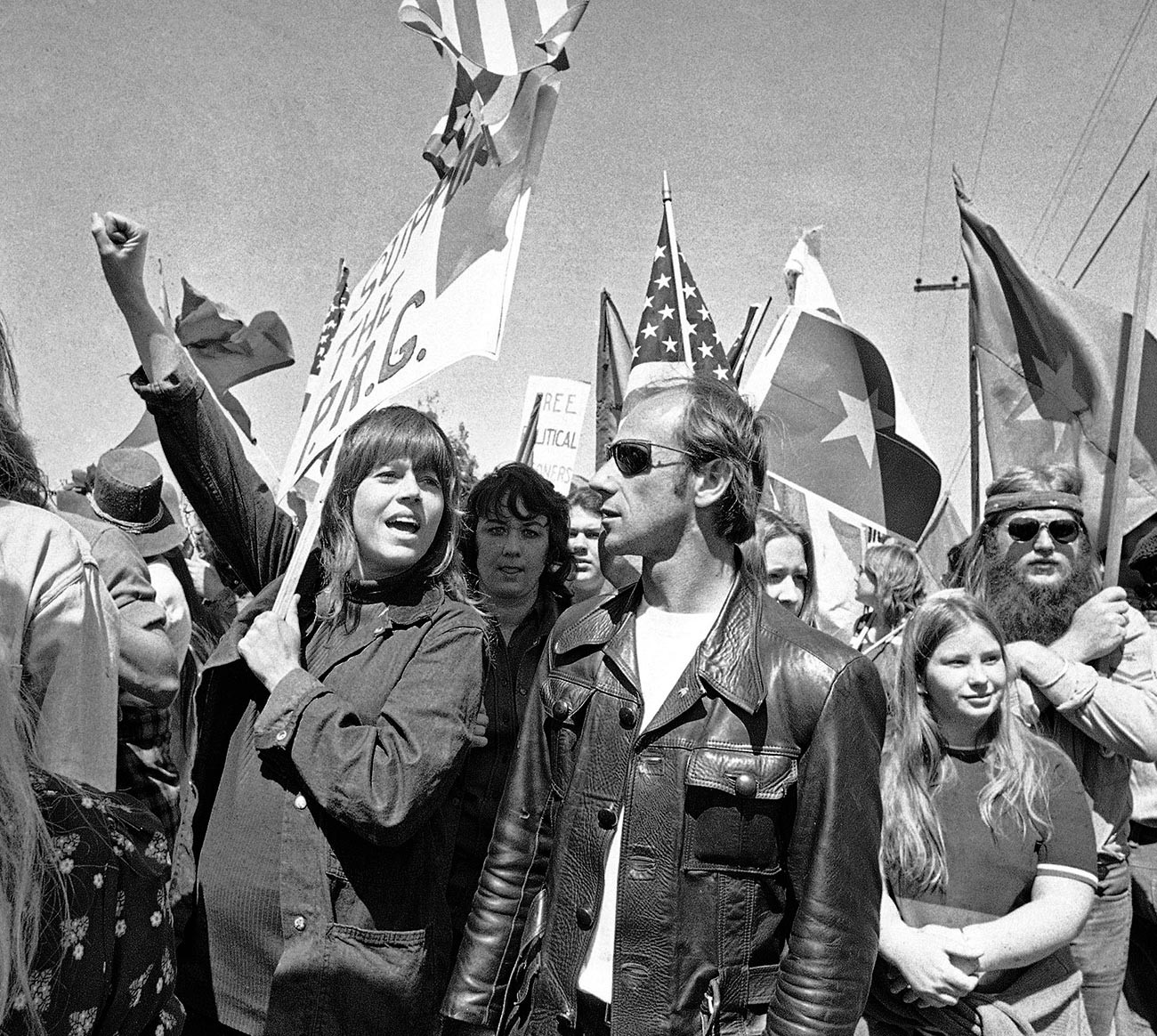 Actress Jane Fonda holds her arm up in the air as she joins a group of anti-war demonstrators on a march toward the Western White House to protest the visit of South Vietnam's President Nguyen Van Thieu in San Clemente, Calif, April 2, 1973.

At the second stage of Ideological Subversion, called ‘Destabilization’, which is planned to last 2-5 years, internal institutes of the target nation fall under pressure by masses of “educated” youth with radical views, who bring a deep crisis into the political, economical and social life of the country. The state is forced to turn into a “Big Brother”, which accommodates all power in its hands, removing traditional American values, such as freedom, “division of powers” and labour movement. The foreign policy of the target state is paralyzed by internationalism and isolationism, which leaves it no choice but to improve its relations with the USSR.

It will take only several months to undertake stage three — the so-called ‘Crisis’. During it, radicals and “sleeper” Soviet agents try to “seize power as quickly and ruthlessly as possible”. If the two previous stages of Soviet subversion have been successfully completed by that time, the majority of Americans will be so totally confused that they may even welcome new “strong” leaders who “know how to talk to the Russians”. The change of power, says Bezmenov, can then be achieved by a civil war and Soviet intervention is not even needed. 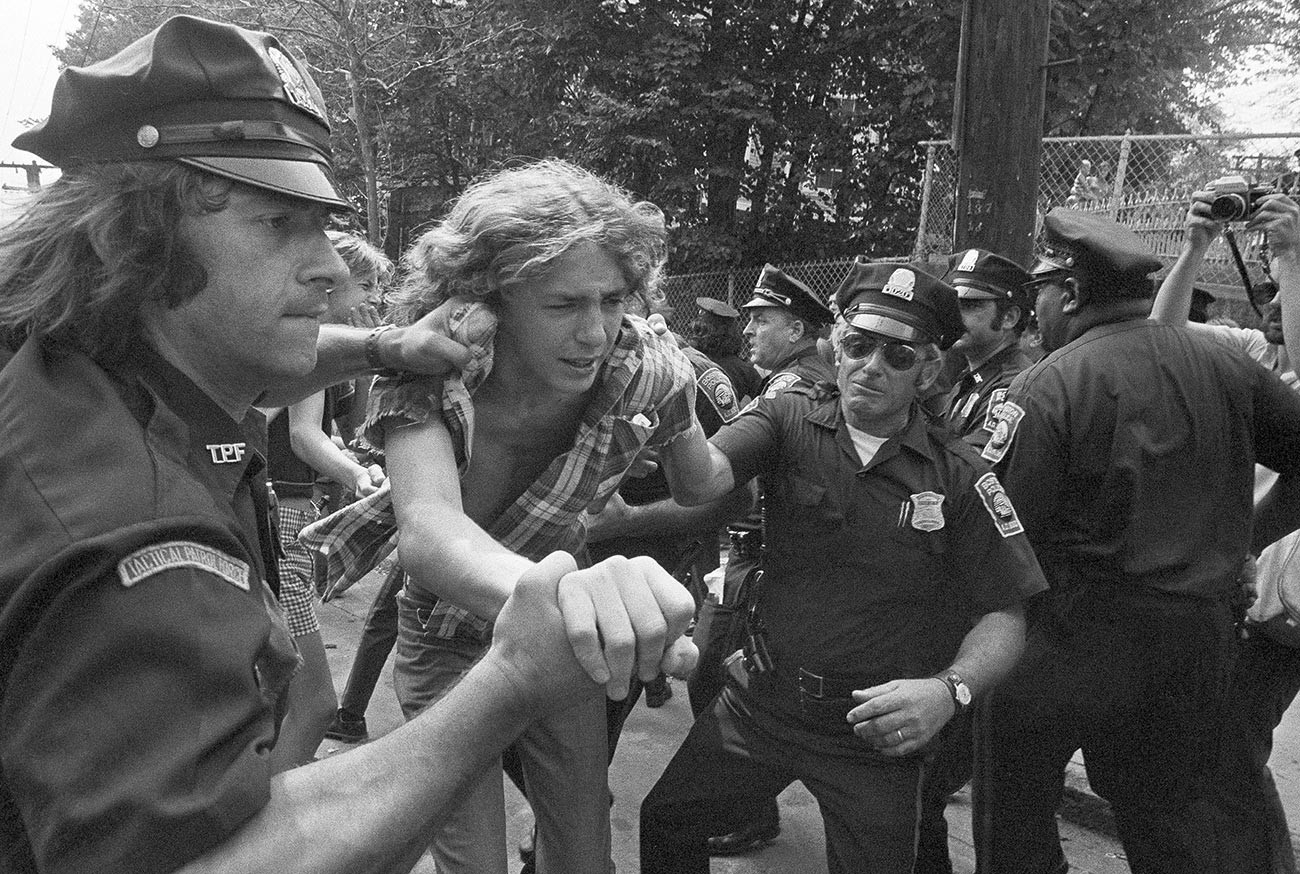 A youth is taken into custody by Boston policemen outside South Boston High School in Boston, September 13, 1974.

During the final phase — what Bezmenov dubs ‘Normalization’ — “friendly” Soviet soldiers will walk in the streets of the U.S. cities working together with American soldiers and the “new” police force to “restore law and order”. Former revolutionaries, who yesterday took power, are no longer in need and will be sent to prisons or liquidated — “The ‘useful idiots’ will have completed their work…” The country is completely under Soviet control and joins the club of Vietnam, Nicaragua and North Korea. Game over.

If things really got so bad, what could the former KGB agent advise Americans? “The most general solution I can offer — for the whole process of SUBVERSION — is to STOP AIDING THE SUBVERTER. You are still living in a free society and you are able to force your elected politicians to change their policies towards the Communist world if you so choose,” he said. 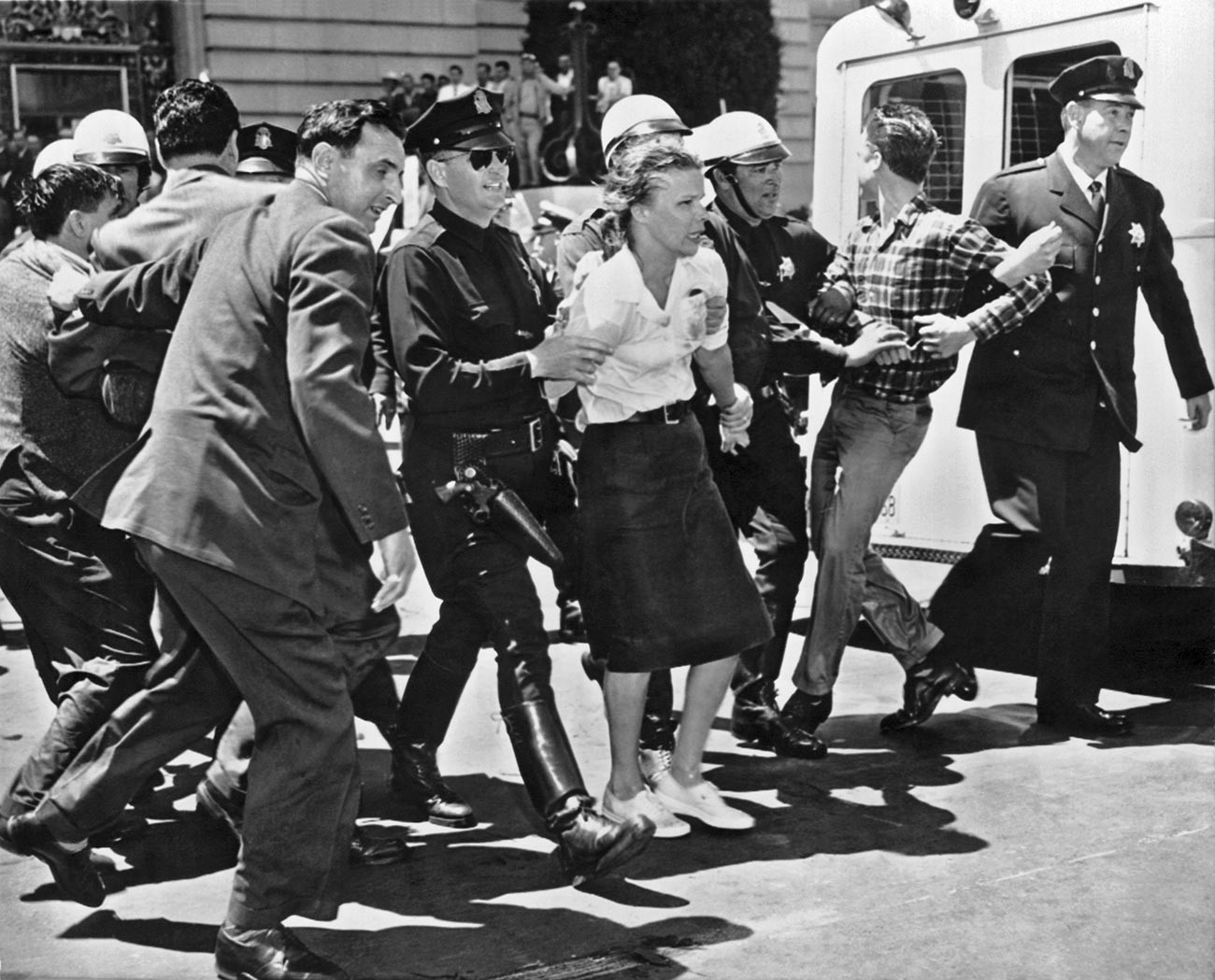 Three wet and defiant protesters of the House Un-American Activities Committee hearing at City Hall are taken to the paddywagon, San Francisco, California, 1961.

“There are numerous American patriotic groups and organizations who are well informed and who already have many SOLUTIONS, to combat the damage done by ideological subversion some of which are as good or even better than mine. Seek these groups, join them and DO something,” Bezmenov added.

True or false, what Yuri Bezmenov preached, he wasn’t ignored in the West. Since the 1980s, his information has been scrutinized by the national security services to understand the nature of the activity measures not only of the Soviet Union, but of modern Russia, as well. Activision, which soon plans to release Call of Duty latest installment based around the Cold War, gave the man (who passed away in 1993) another wave of wide public interest.