3 places in Moscow with mysterious purposes 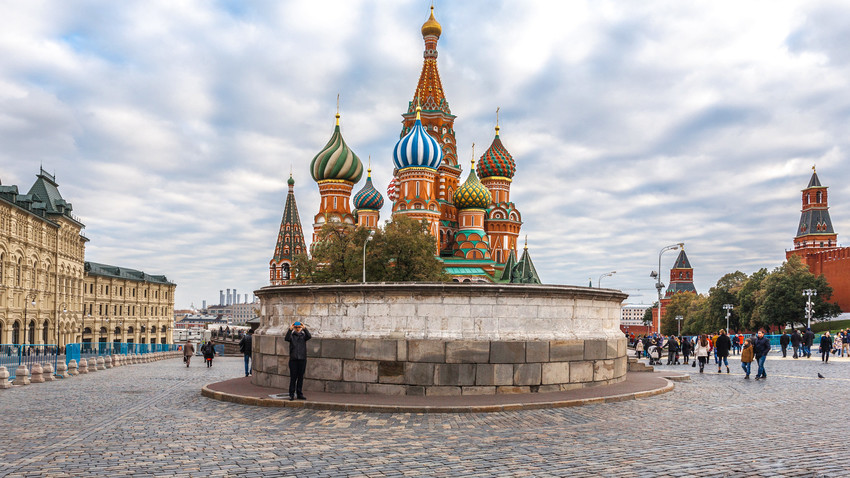 Legion Media
The functions of these historical facilities in Moscow are difficult to figure out on first inspection.

Lobnoye Mesto (which translates as “execution ground”) appeared on the Red Square in the mid-16th century. The most popular tourist tradition here is to toss a coin and try to hit the center. Despite the popularity of the place, very few know of its original purpose. Its shape and form - a round stone podium atop a pedestal - leave very little clues for modern people to go by. On top of that, for many years now, a persistent urban legend has held that it was designed specifically for conducting gruesome public executions, although there’s absolutely zero truth to the story. 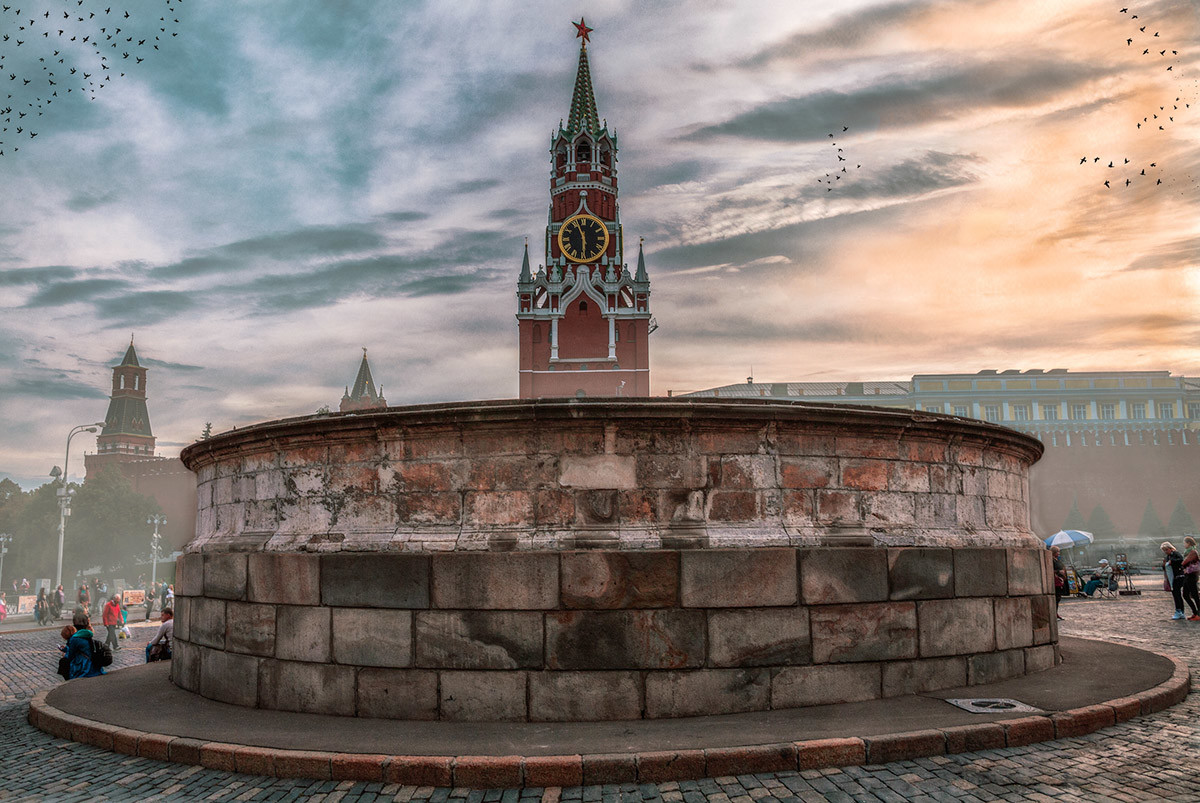 Moscow was never short on places to execute people - there were the wooden ledges on Bolotnaya and Lubyanka squares. Lobnoye Mesto, however, was intended for a far less sinister purpose - to read out the Tsar’s decrees and announce state acts. For instance, in the days before Peter the Great, the stone podium would be used for announcing the names of patriarchs and heirs to the throne. Various holy artifacts would often be placed there, as well. In these ways, the location acted as a sort of all-purpose platform. The elevated spot it was perched on is called a “vzlobye” in Russian - which is the noun for “swelling”, while also containing the word “lob”, which translates as “forehead”. The elevated tribune also marked the very top of the Moscow River’s shore. 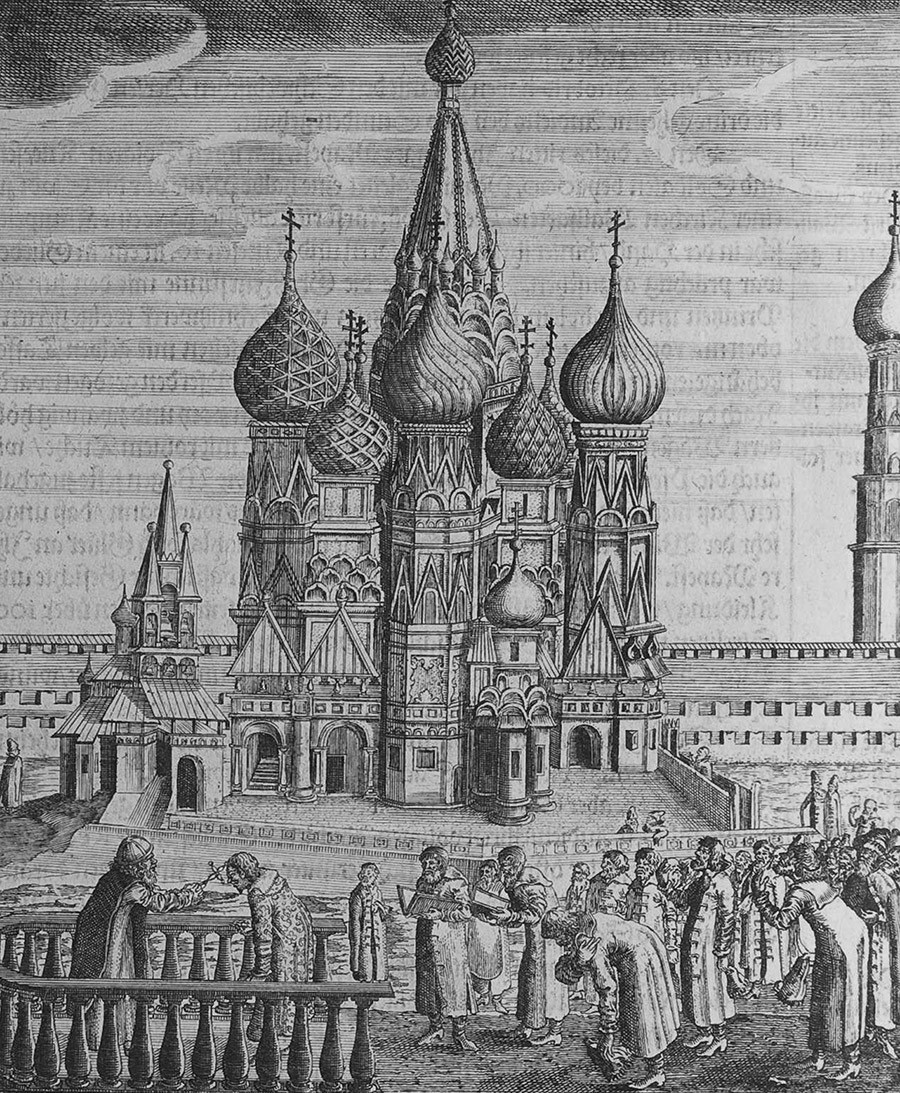 Moscow (Illustration from Travels to the Great Duke of Muscovy and the King of Persia by Adam Olea Artist: Rothgiesser, Christian Lorenzen (?-1659)

“Most” literally translates as “bridge”. Over the past several years, the old location has been a popular pedestrian zone in central Moscow, but its name probably continues to confuse a number of people to this day. Why “bridge” - and where on Earth is that bridge? The “Kuznetsky” part is more or less self-explanatory, being the sight of a 15th-century blacksmith (“kuznets”) settlement. The “bridge” - less so. 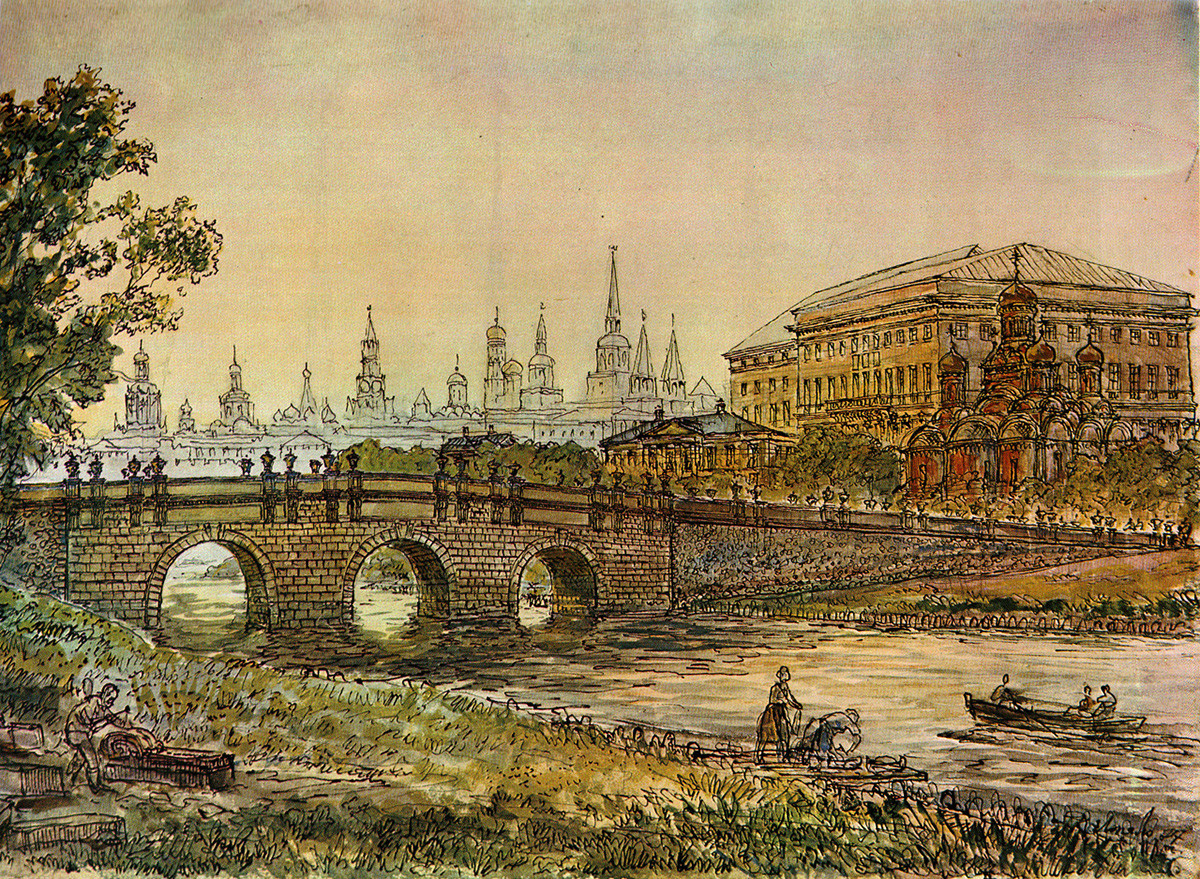 The Kuznetskaya ‘sloboda’ (“settlement”) was situated on the left shore of the Neglinka River. It was also the site of a wooden bridge in the first half of the 13th century. It wasn’t a very sturdy one, however, and, in 1754, it was substituted for one made of stone, designed by famous Russian architect Dmitriy Ukhtomskiy. The pathways leading to the bridge gradually turned into a street, which still carries the name Kuznetsky Most.

The Neglinka regularly overflowed, which led to constant floods, consequently resulting in the decision to hide the river in underground pipes. 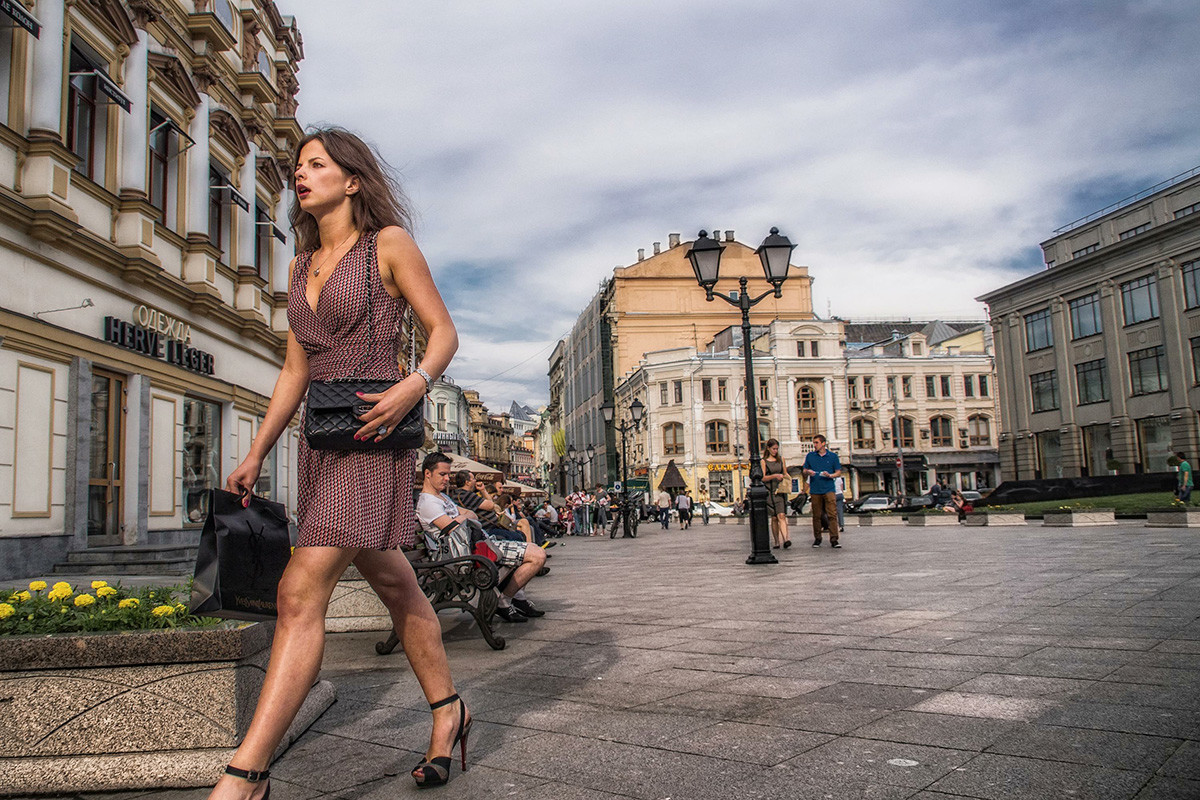 Kuznetsky Most street, Moscow, Russia. Kuznetsky Most is a street in central Moscow, that runs from Bolshaya Dmitrovka Street to Lubyanka Street.

The white stone bridge was never destroyed, but instead covered with earth. It was discovered later during construction works, and preserved. So, next time you walk the Kuznetsky Most street, remember that underneath your feet is still a bridge - you just can’t see it.

The Strokino Fortification, in the Izmailovo district in eastern Moscow, hides a unique historial location - a system of round earth mounts with shafts dug around them, which can only be viewed in their entirety from the sky. The diameter of the largest one measures half a kilometer, while its height is only about two meters. There are smaller shafts dug inside the spherical structures, as well as an island surrounded by a pond. The Strokino Fortification is said to be one of the most mysterious places in Moscow. 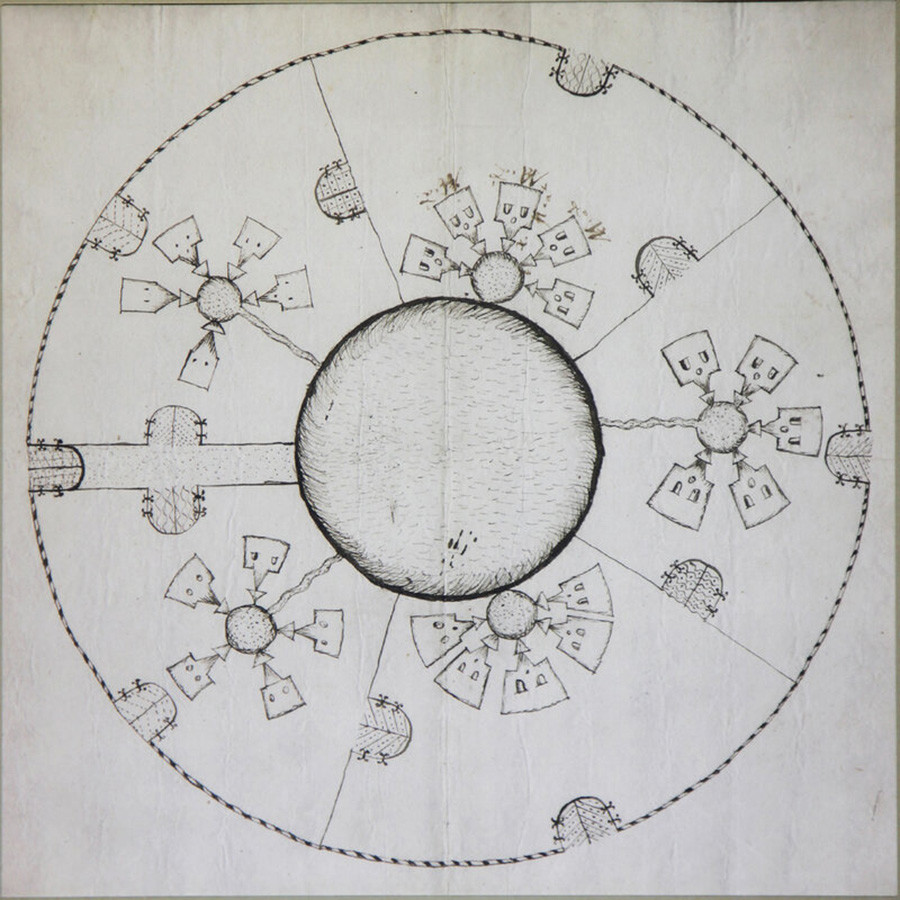 The location is quite peculiar, due to its perfectly spherical shape not really seen anywhere else in Russia. This feature lies at the foundation of a great many stories of origin. The most widespread one holds that the location once served as a military redoubt for the so-called ‘amusing regiments’ of Peter I - also known, literally, as Peter’s “toy army”.

In reality, the fortification is actually the remains of a brick factory that shared the territory with a barnyard. The factory itself appeared in the late 17th century, but we can only view it today in the blueprints of the Order of Secret Affairs of Peter Stepanovich Kudryavtsev, dating back to the end of the 17th century. The bricks produced here were probably meant for the construction of the cathedral, tower and gate of Izmailovsky island, situated nearby. 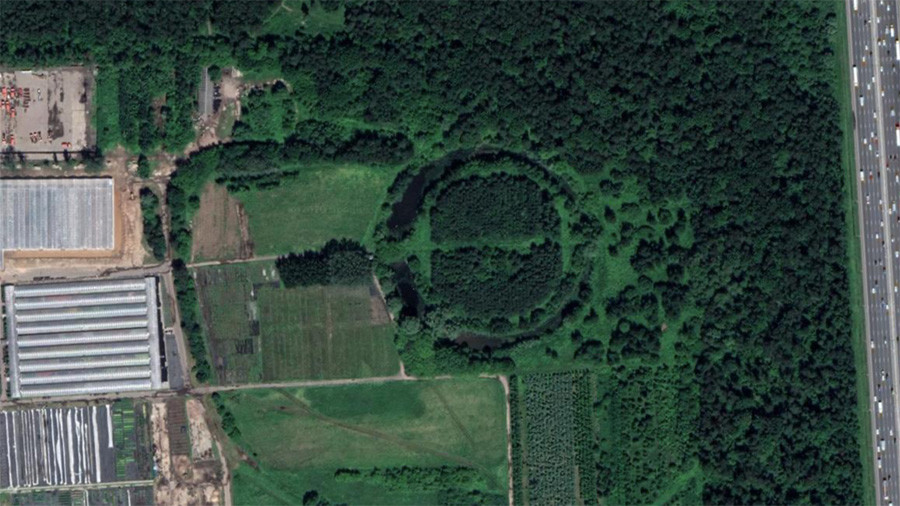 In Soviet times, the former facility passed into the hands of the Izmailovsky decorative gardening state collective. The collective still exists today - although the form of ownership has changed from those days. The territory is closed to visitors, so, sadly, no tourist visits to the Strokino Fortification are possible.