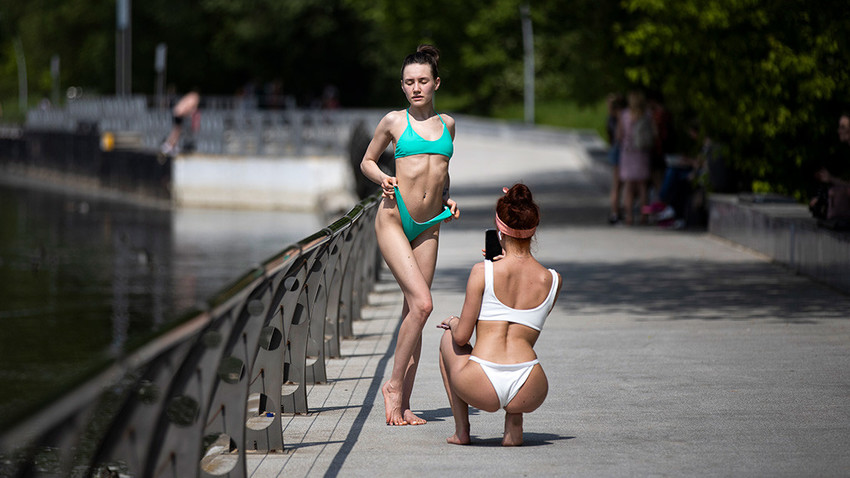 A woman takes a photo of the other one, at a park by the Moscow River during a hot day in Moscow, Russia, Tuesday, June 9, 2020

AP
It’s June 9 and Moscow has finally come out of self-isolation. This is what life looked like in the Russian capital and its roughly 13 million inhabitants after three months of being cooped up indoors.

The first move from mayor Sergey Sobyanin was to lift travel permit restrictions - a system that was in place to ensure that you only left your home for either work, a hospital visit or to acquire essential groceries and services, with the occasional “personal trip” - only allowed twice per week. 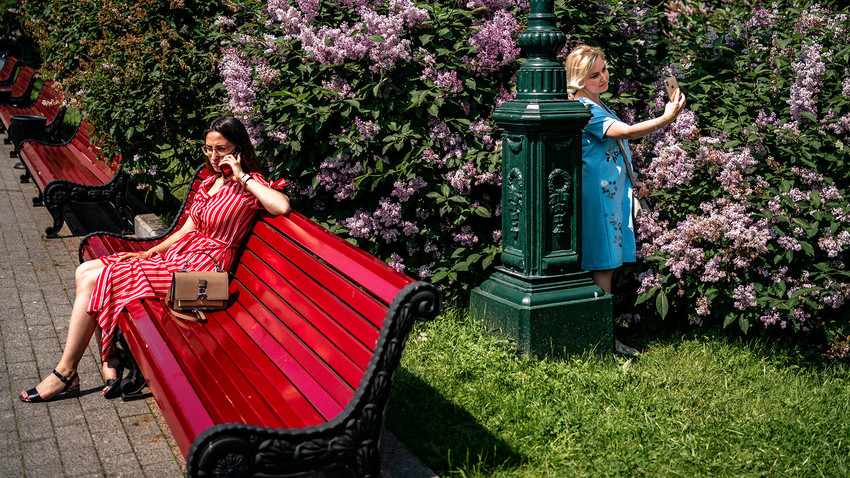 Women enjoy a warm and sunny day in a park in downtown Moscow on June 9, 2020, on the first day after Moscow lifted a range of anti-coronavirus measures including a strict lockdown set up to curb the spread of the COVID-19 caused by the novel coronavirus

Following that, the mayor lifted restrictions on walks and visits to public parks and other areas - a system that functioned in strict accordance with a special schedule (albeit set up just a week prior to the lifting of it). 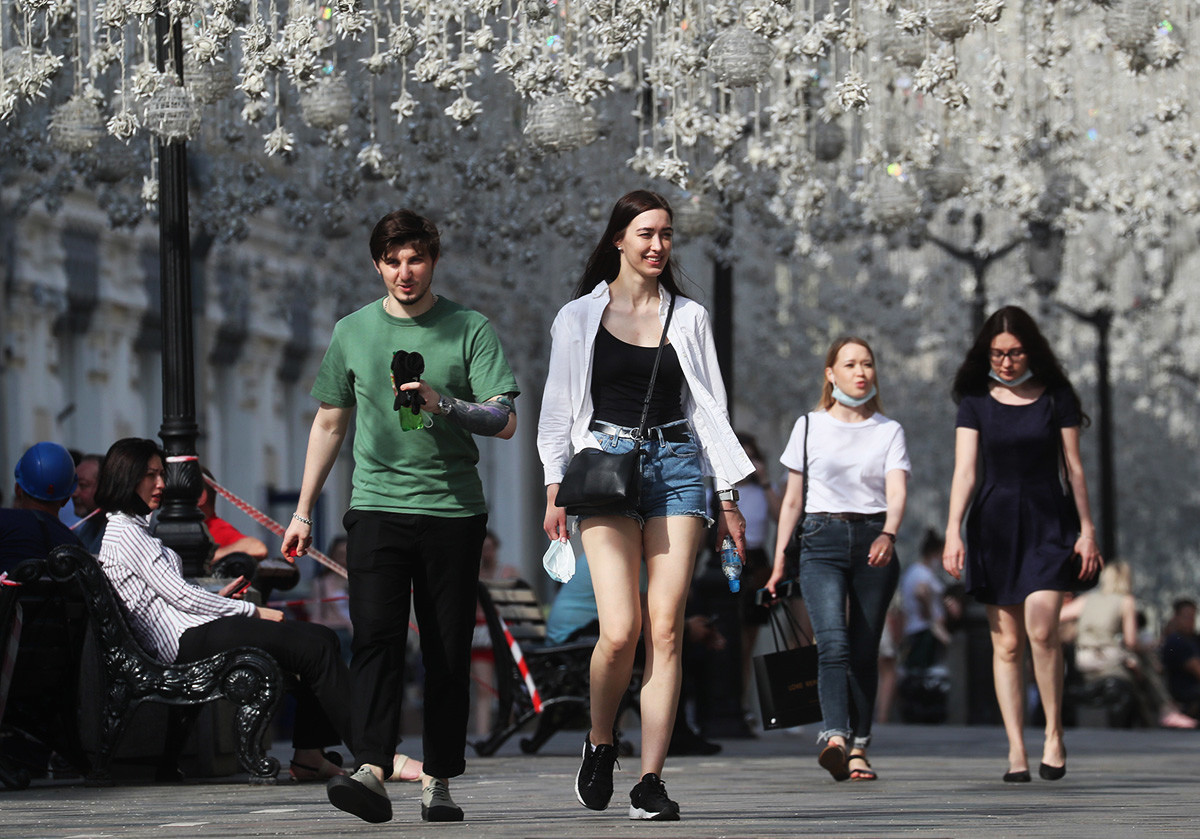 Car-sharing services are also back to full operation, after already having been allowed to operate partially from May 25. 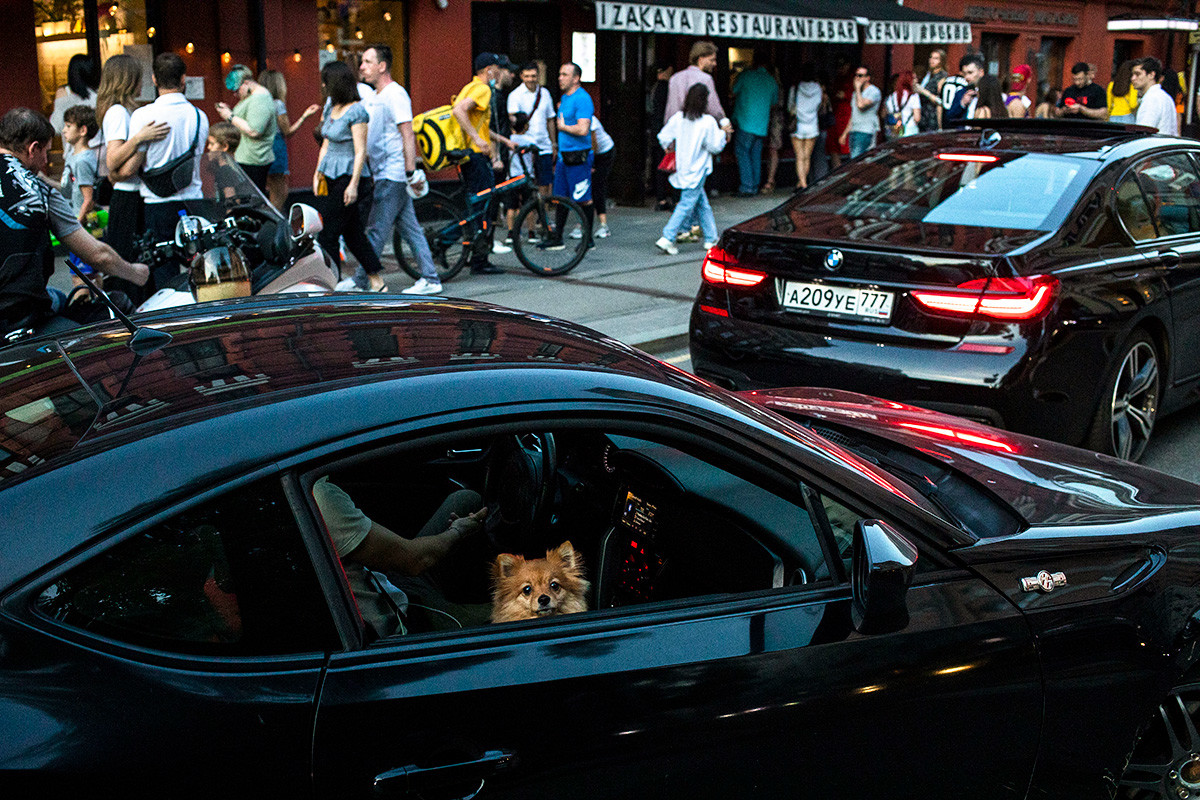 A dog looks out of the car window as people enjoy a warm weather at Patriarch Ponds in Moscow, Russia

And it didn’t take the capital-dwellers long to get back into the groove. The streets are once again bustling with life, and returning with them Moscow’s traditional traffic jams. Although, it’s not like some Muscovites previously didn’t skirt these restrictions when opportunities presented themselves - especially in the final days of the lockdown. 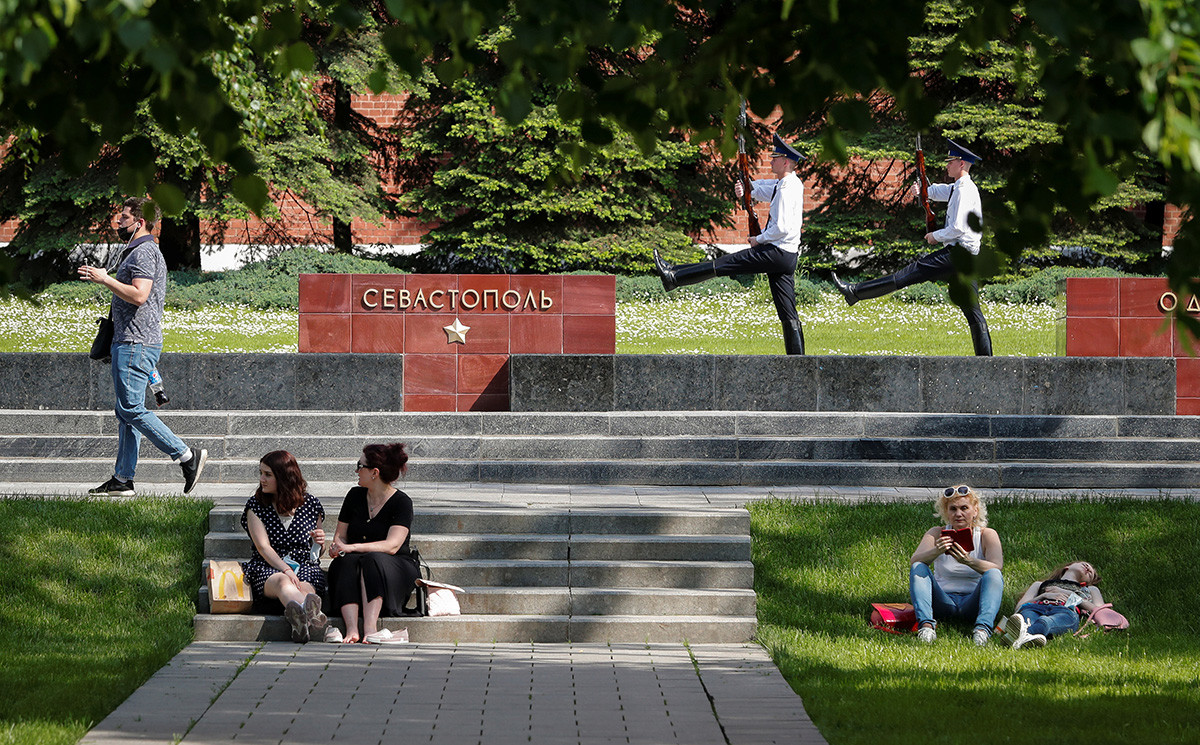 The Moscow Metro, however, has seen the least change, with people still having to abide by the 1,5 meter distancing rule. And you can still see plenty of people wearing face masks and gloves around town, as officially, these personal hygiene requirements have yet to be dropped, especially in stores and pharmacies. 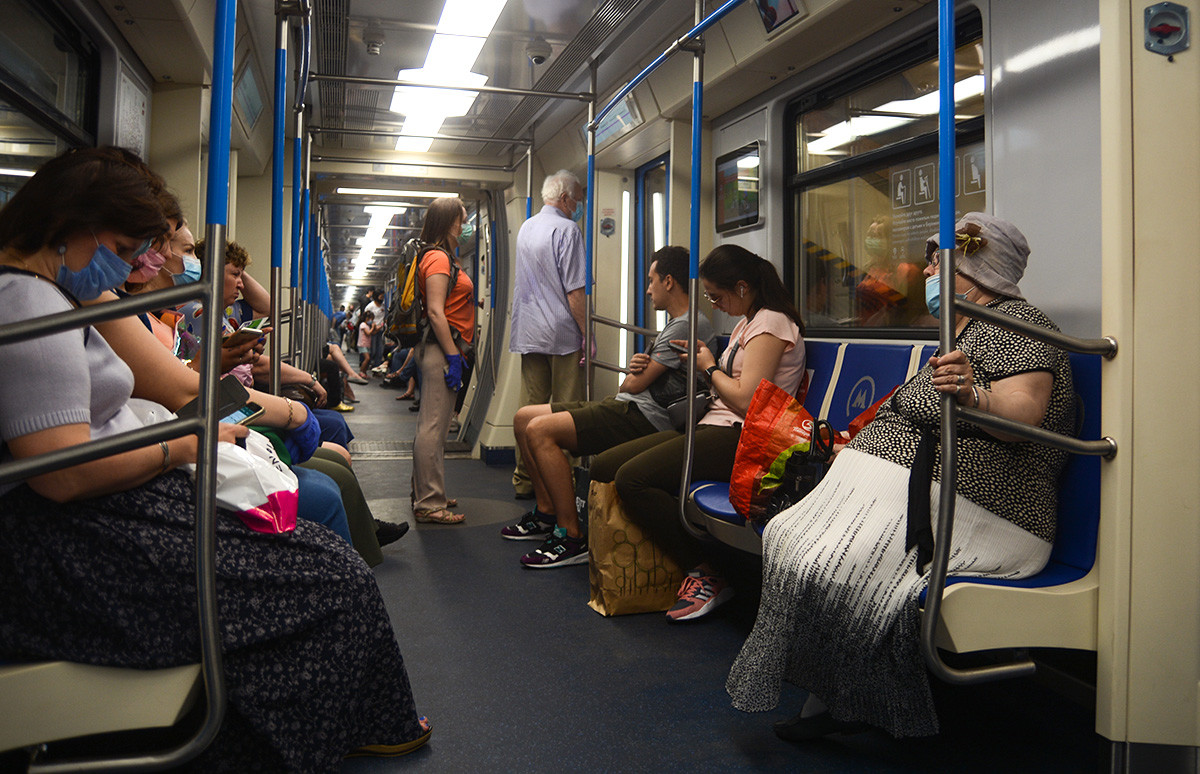 The first businesses, previously deemed non-essential, to be officially allowed back to work on June 9 were hairdressers, beauty salons, photo shops, vet clinics and recruitment agencies. 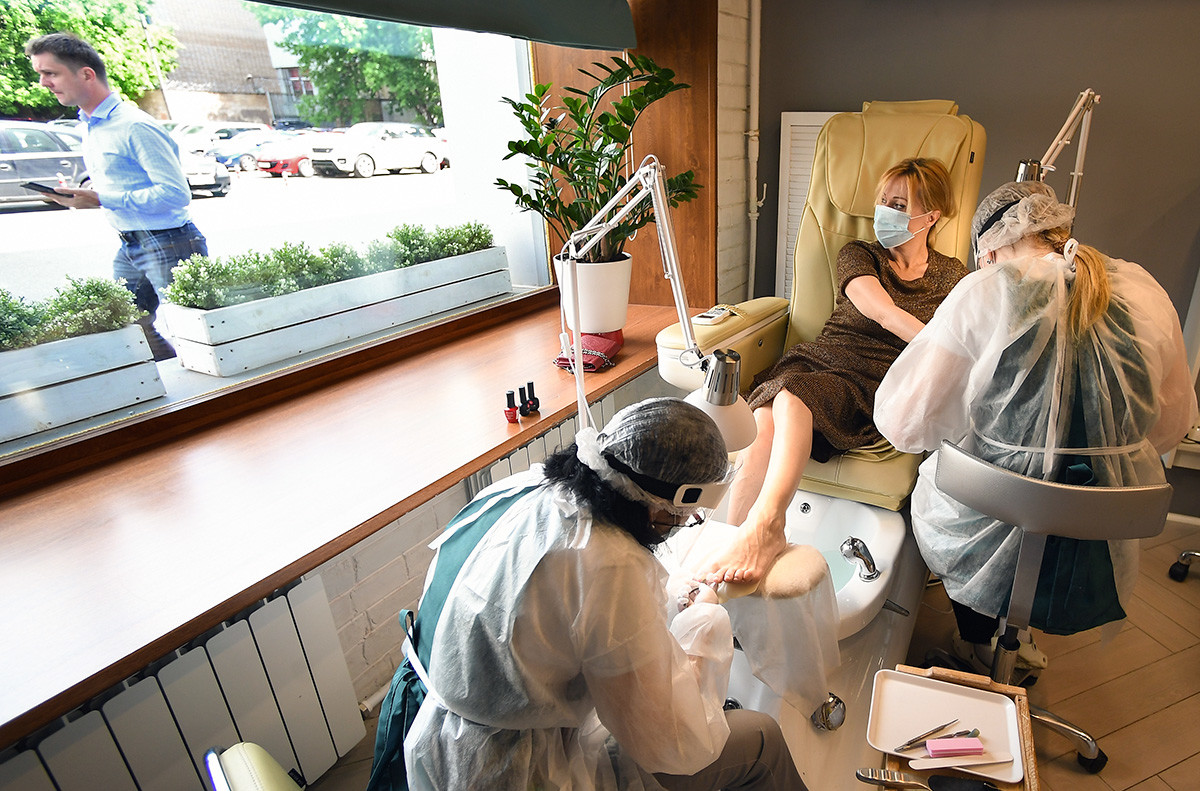 Masters of manicure and pedicure work with the client in the salon "Fingers". Beauty salons and hairdressers have resumed their work in Moscow

On Jun 16, authorities will also allow various cafes, summer verandas, museums, exhibition halls and zoos to reopen. At the time of writing (June 9), While most restaurants and cafes have been open in delivery mode (either by themselves or through delivery services such as ‘Yandex Eda and ‘Delivery Club’), they are now allowed to offer takeaway via their front doors or side windows. 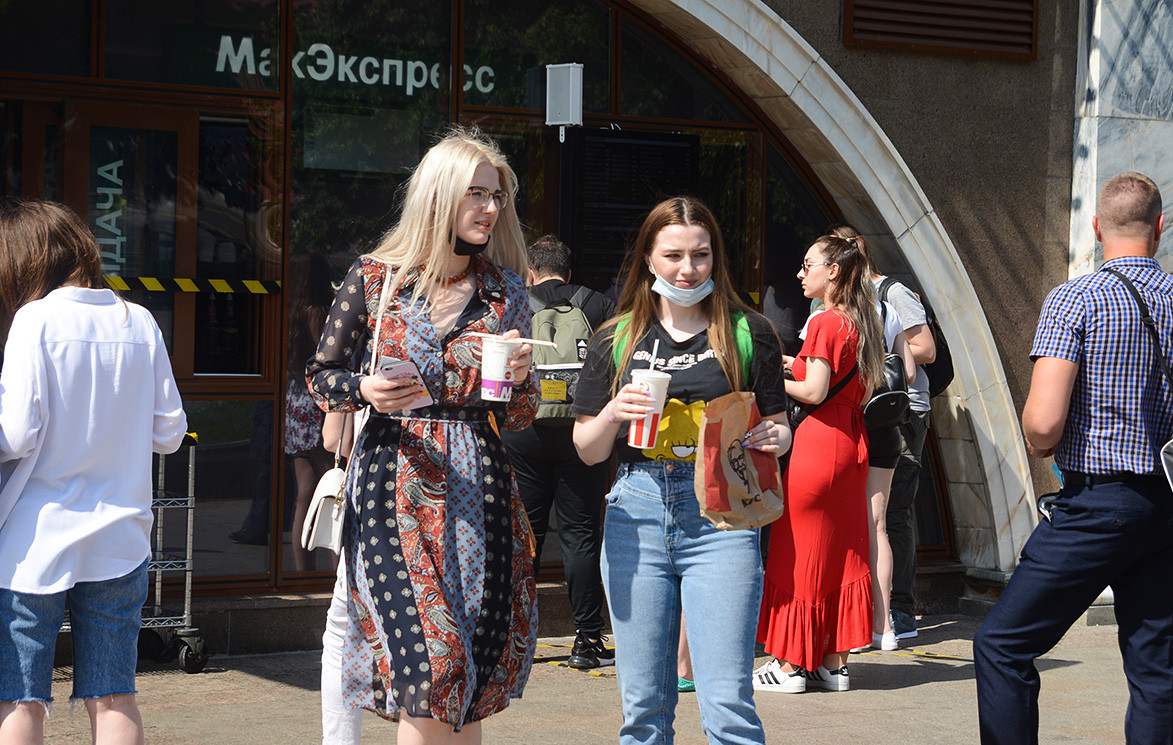 McDonald's in the center of Moscow

Finally, come June 23, authorities promise to reopen children’s playgrounds, as well as the remaining parks (as some have been open since June 1), gyms and swimming pools. 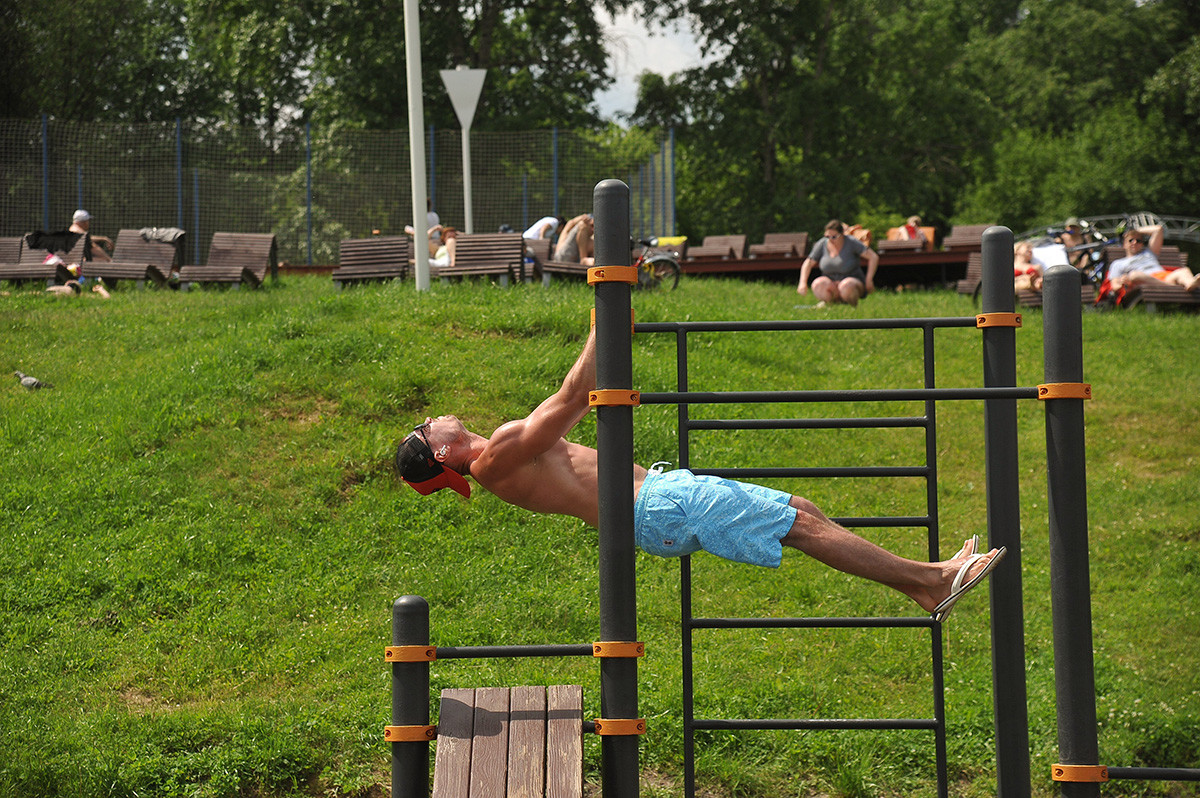 Hot weather in Moscow on June 9

“Kids will once again be able to play on the swings, while sports lovers will get back to their open-air workouts, and grandmas can take up their favorite benches in the parks and squares of Moscow,” the mayor wrote on his official blog. 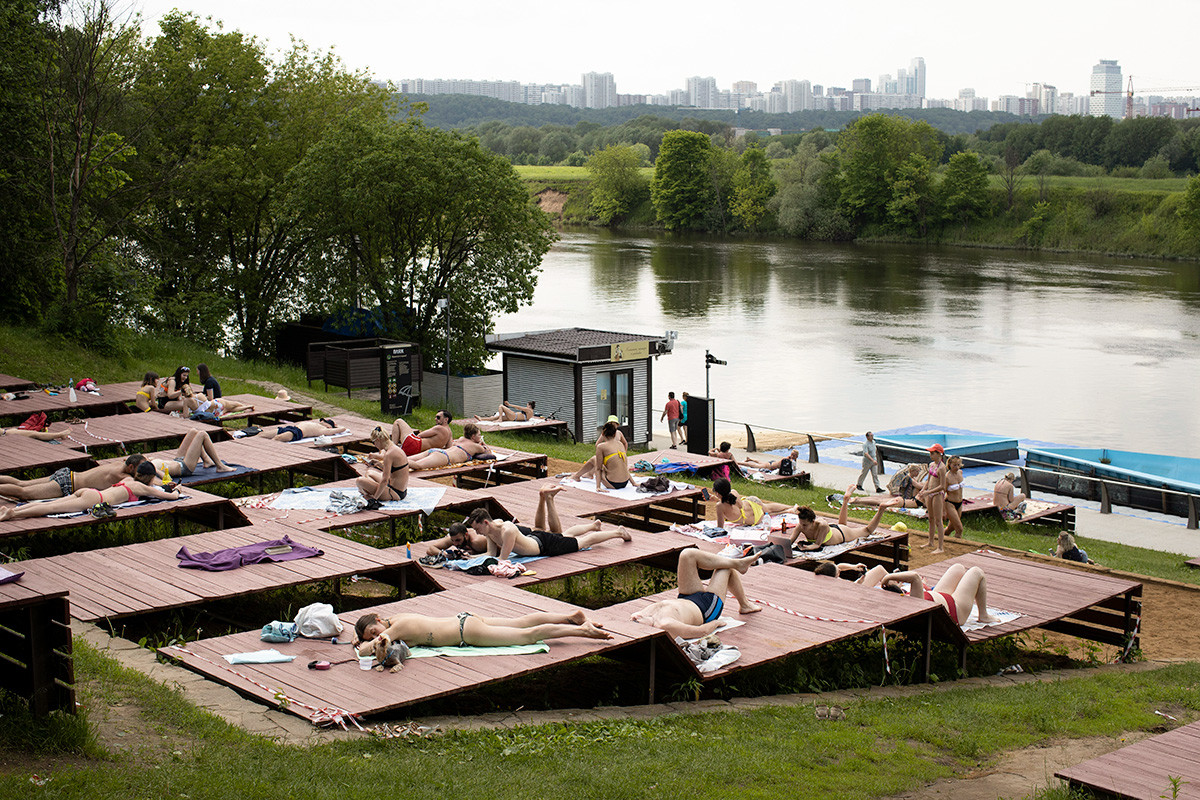 People rest at a one of parks by the Moscow River during a hot day in Moscow, Russia, Tuesday, June 9, 2020.