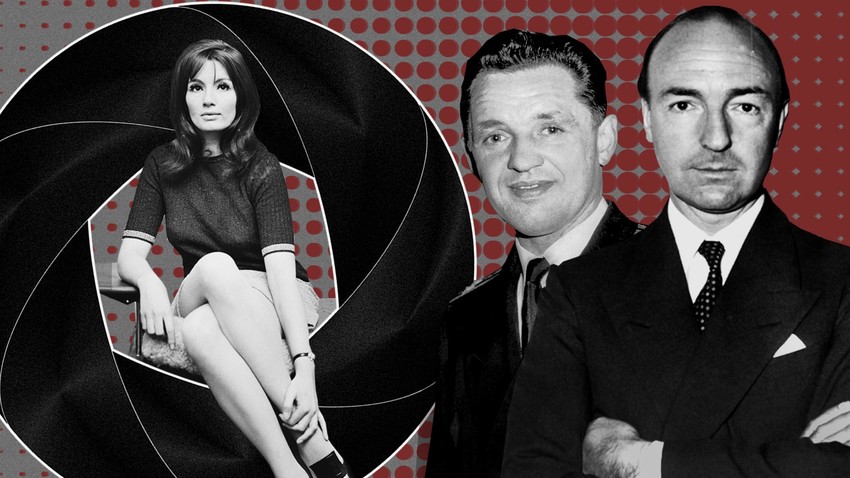 Getty Images; Russia beyond
When 19-year-old showgirl Christine Keeler was introduced to British State Secretary for War John Profumo, none of them imagined how the affair would soon reshape their lives.

Fans of Netflix’s The Crown TV series will remember Queen Elizabeth’s anxious attempts to find out if her spouse Prince Philip was the person behind the image of a “mystery man” photographed at a compromising party.

This may have been a fictional account of the quarrel within the British Royal Family, but the political scandal involving a British politician, a popular socialite, a naive showgirl and a Soviet spy was, however, very real.

Party by the pool

During the weekend of July 8-9, 1961, two unrelated social gatherings casually intertwined by a swimming pool on the Cliveden estate in Buckinghamshire. The first was of powerful people who ruled British politics: William Waldorf Astor II, an influential English businessman and a conservative party politician, was hosting a party in honor of Ayub Khan, the president of Pakistan, who had seized power in 1958. 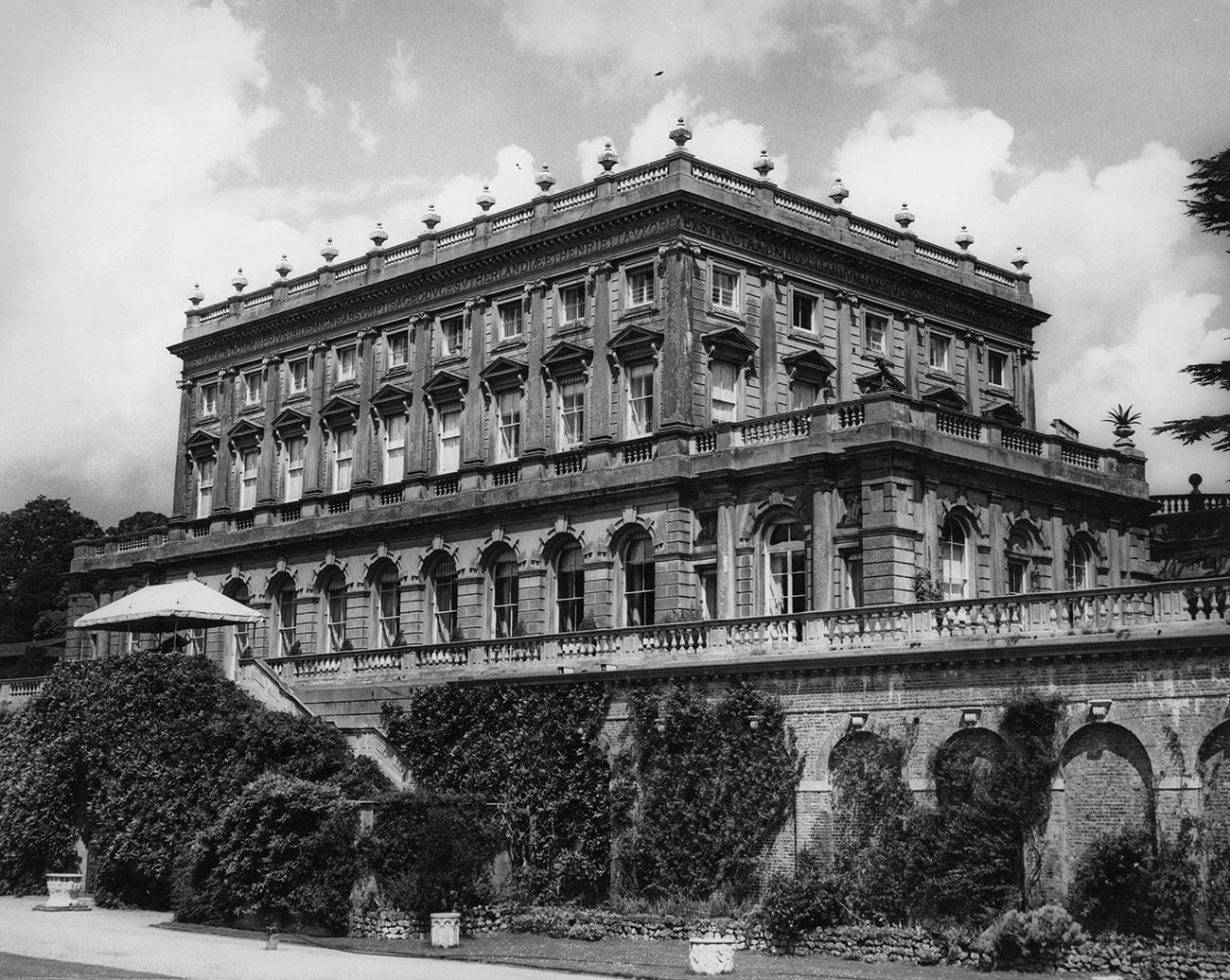 The guests of the other gathering, hosted by Viscount Astor, were less eminent, but nonetheless equally intriguing: notably prominent osteopath Stephen Ward and showgirl Christine Keeler, among others. That night, the parties mingled by the swimming pool.

Among the more prominent guests was a couple that would soon be engulfed in a marital and political scandal: British Secretary for War John Profumo and his celebrity actress wife Valerie Hobson. 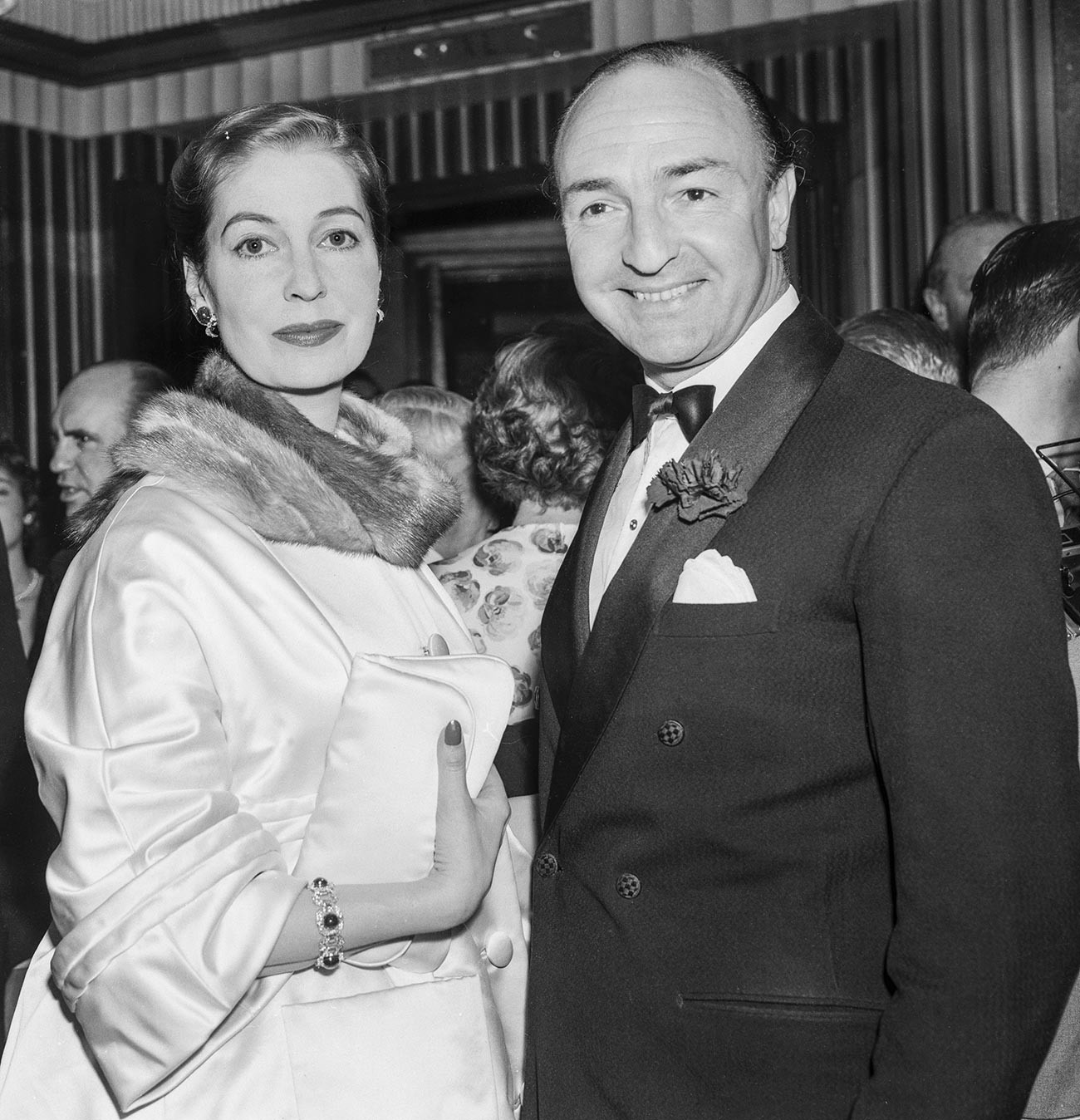 When the couple appeared by the pool, Christine Keeler was already there swimming nude, as she had allegedly forgotten her swimming suit somewhere else. “A very pretty girl and very sweet,” John Profumo would reveal his first impression of the showgirl years later. 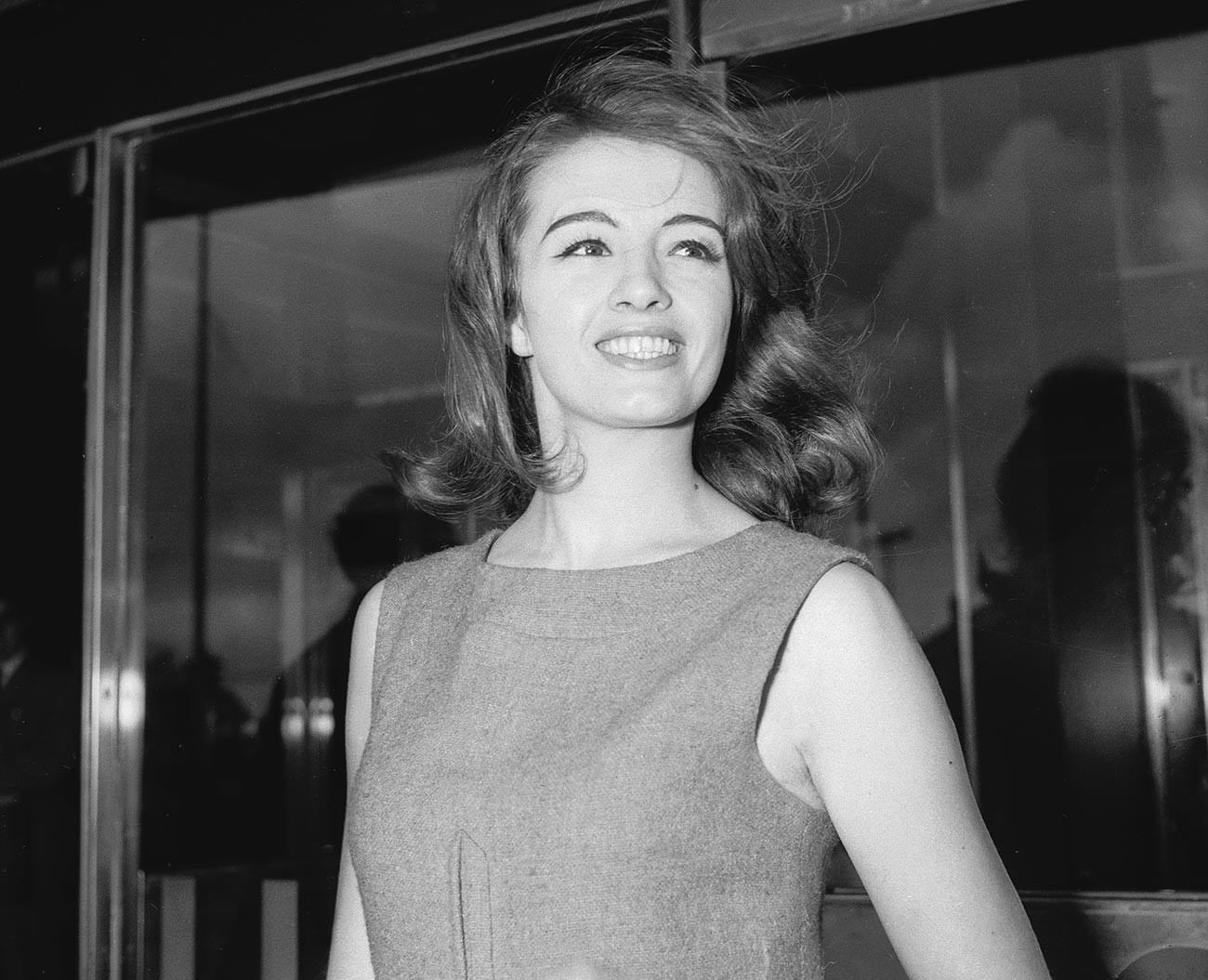 At this bathing party that was later described by an investigator as “light-hearted and frolicsome”, 19-year-old Christine Keeler was introduced to John Profumo as she was trying to cover herself with just a towel, a gesture that must have charmed the 46-year-old Secretary for War.

Soon, Profumo fell for Keeler. Little did he know that Christen Keeler had MI5’s target on her back.

“I was just seventeen years old and warm-hearted in the spring of 1959 when I arrived in London and, unknowingly, into the Cold War-era world of those secret armies, the spies,” wrote Keeler in her autobiography, Secrets and Lies, first published in 2002.

Upon arrival in London, Keeler began working as a showgirl at Murray’s Cabaret Club, a place frequented by stray cats of London society, for 8 pounds 10 shillings (equal to approx. $200 as of Sept. 2020) a week. 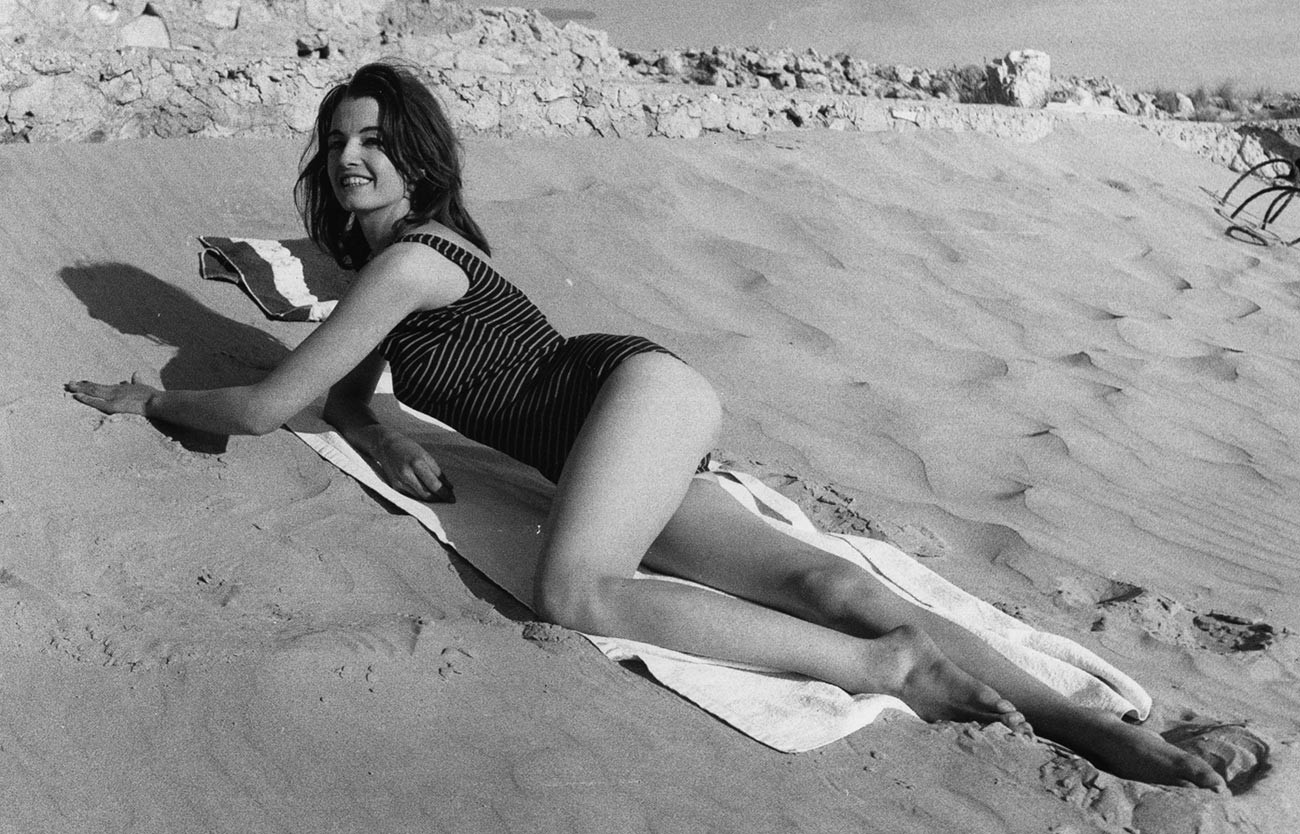 Osteopath and artist Stephen Ward was a regular at the club and soon he charmed Christen and convinced the showgirl to move into his house.

Keeler did move in with Ward, but she always denied being in a romantic relationship with the doctor. “He had been my mentor, my ‘Svengali’, from the time I arrived in London as a teenager. I loved him, but we were never lovers,” she would later write of their relationships.

Stephen Ward, Keeler’s mentor, was an intriguing character on his own. His achievements in medical practice and art made him many powerful friends among Britain’s most influential figures and ensured tremendous social success in the highest circles of the London society. 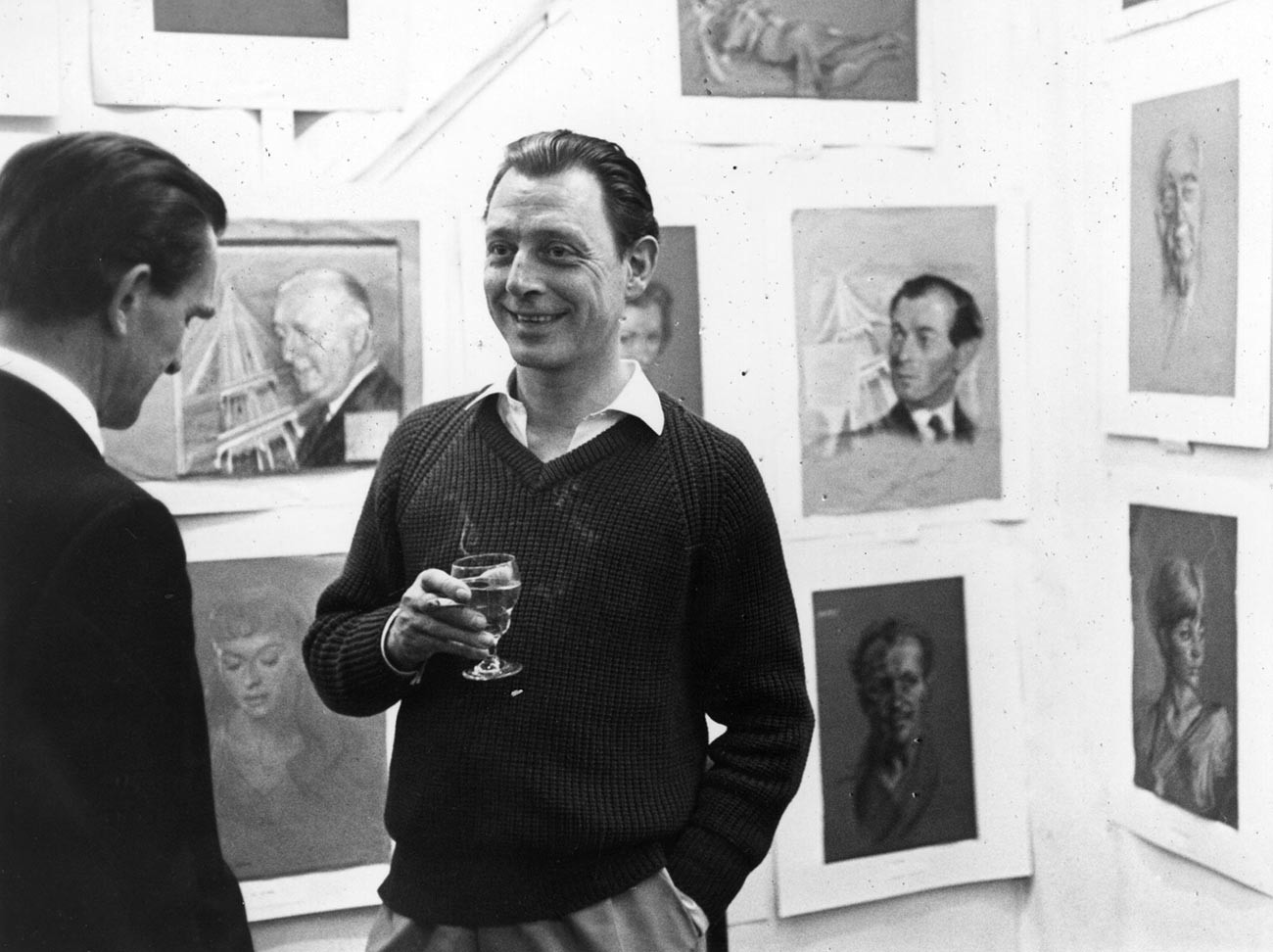 Dr Stephen Ward, the society osteopath involved in the Profumo Affair, at an art gallery.

Yet, as it turned out later, Ward was also open for making friends on the other side of the Iron Curtain.

In particular, Ward got acquainted with Eugene Ivanov, a Russian who was serving as a naval attaché at the Soviet Embassy in London. Ivanov also had a more clandestine job: an undercover intelligence officer of the GRU, the Soviet intelligence service. 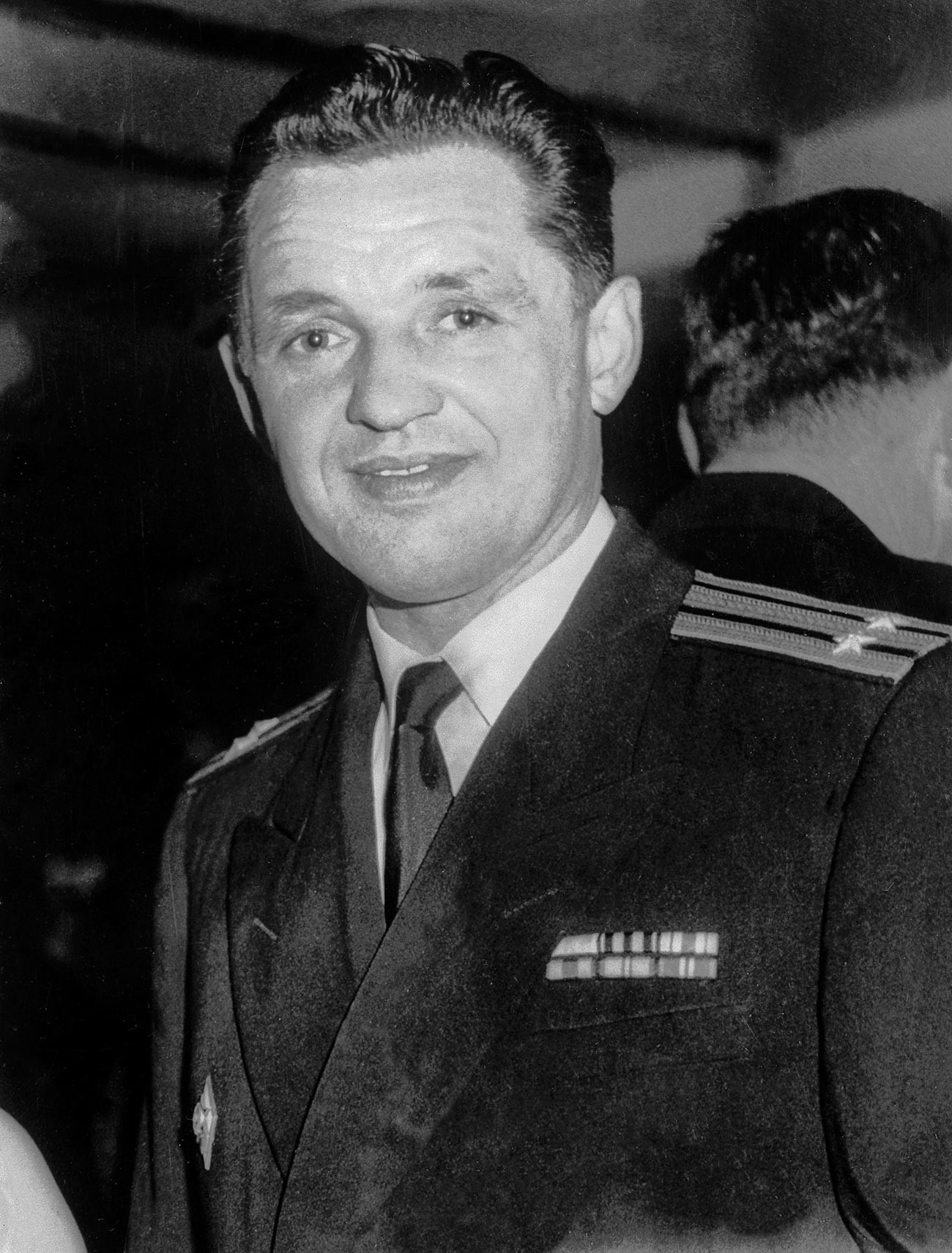 Russian attache Eugene Ivanov could have asked Christine Keeler to obtain information from British war minister John Profumo, with whom she also associated, regarding the delivery date of nuclear warheads to West Germany.

In the 1960s, the Cold War was at its height. British politics had already been rocked by high-profile and highly publicized spy scandals involving Soviet intelligence moles in the British political establishment. And the Cuban Missile Crisis — a point where the Communist and Capitalist blocks nearly clashed militarily — was about to happen.

In the state of heightened tensions, MI5 — the British domestic counterintelligence agency — had their eye on Ivanov: The operatives considered him to be a potential target for defection. Allegedly, they came to Ward for a favor: to use Keeler as a honeytrap for Ivanov.

“I became a pawn in the Cold War,” wrote Keeler, who would soon be having sex with the Soviet spy. Unfortunately for MI5, John Profumo appeared on the horizon and ruined their game.

Keeler said she was manipulated into having sex with Eugene Ivanov, but she did not have a second thought at the time. “It’s not that I was ashamed of having slept with John Profumo, the Secretary of State for War in Harold Macmillan’s [British PM at the time] cabinet. Or having been manipulated into having sex with a spy from Moscow Center — in the same week,” said Keeler who confessed she fancied men and enjoyed sex when she was young. 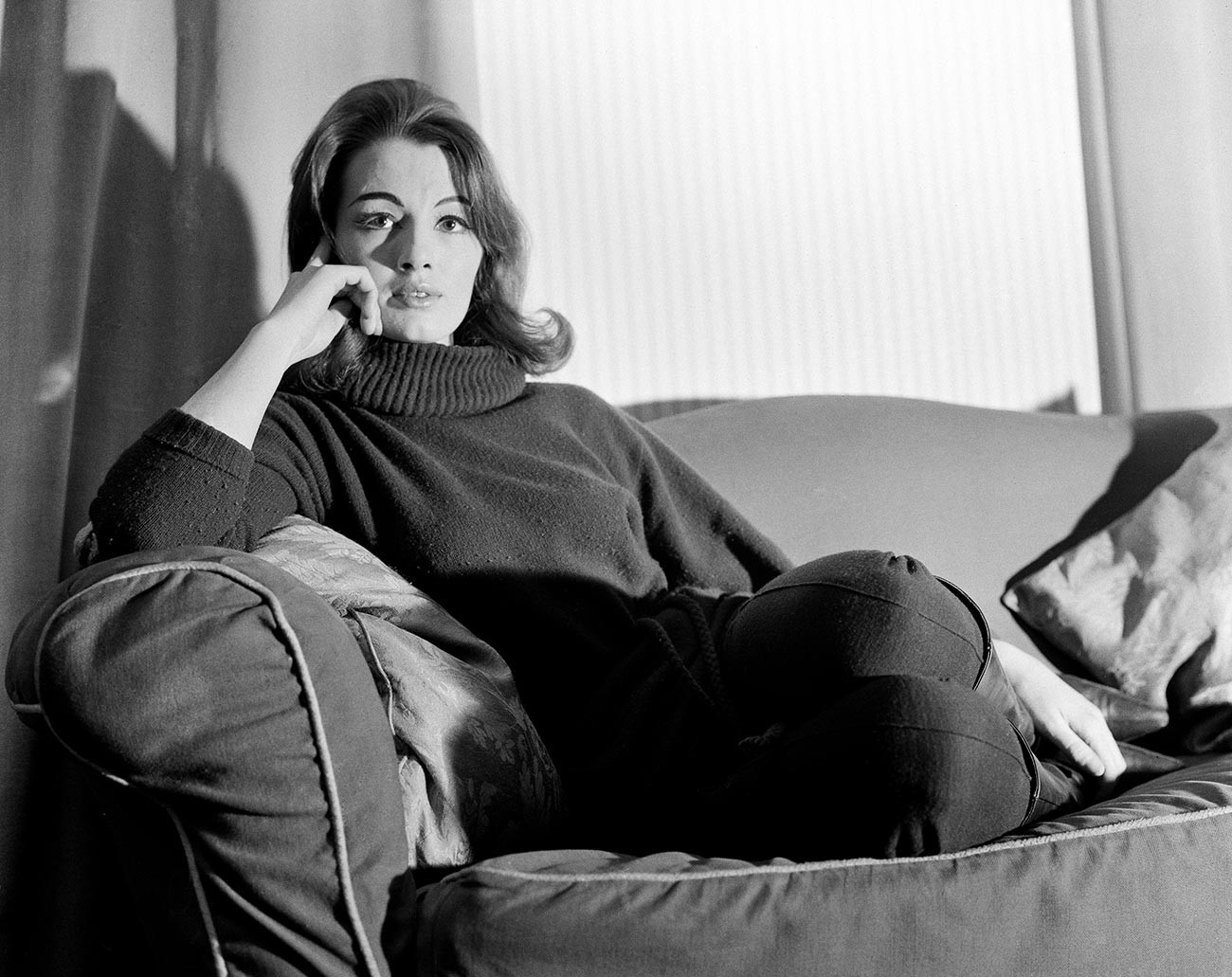 What might have seemed for young Keeler like a banal affair with two men led to one of the greatest political upsets in British Cold War history: State Secretary for War John Profumo was compromised and could no longer be trusted with state secrets.

The whole story could have been buried had it not been for an accident that happened to Keeler a year later: a shooting incident between two other of Keeler’s lovers set the press on the trail of the showgirl’s past and soon enough her involvement with Profumo and Ivanov was revealed.

Speaking to the House, John Profumo denied any impropriety in his relations with Keeler. However, soon, the affair was exposed and Profumo admitted he had lied to the House, resigning from the office of the Secretary of State for War, and relinquishing public life on June 5, 1963. 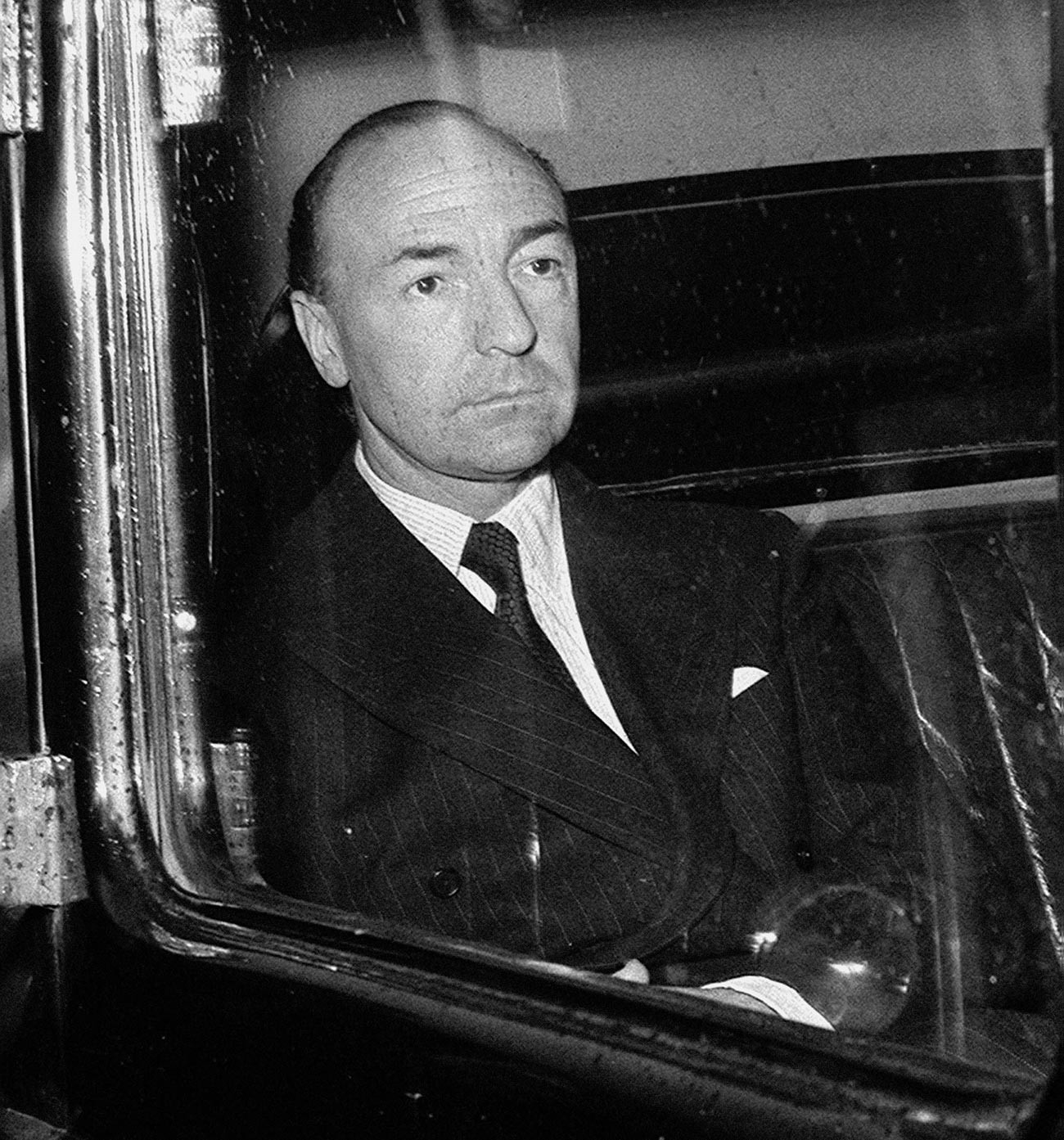 John Profumo after his resignation.

Yet, the Secretary for War and the Conservatives were not the only victims of the Profumo affair, as the scandal became known. Stephen Ward was charged with living off the earnings of prostitutes, but he committed suicide before the sentence was passed. 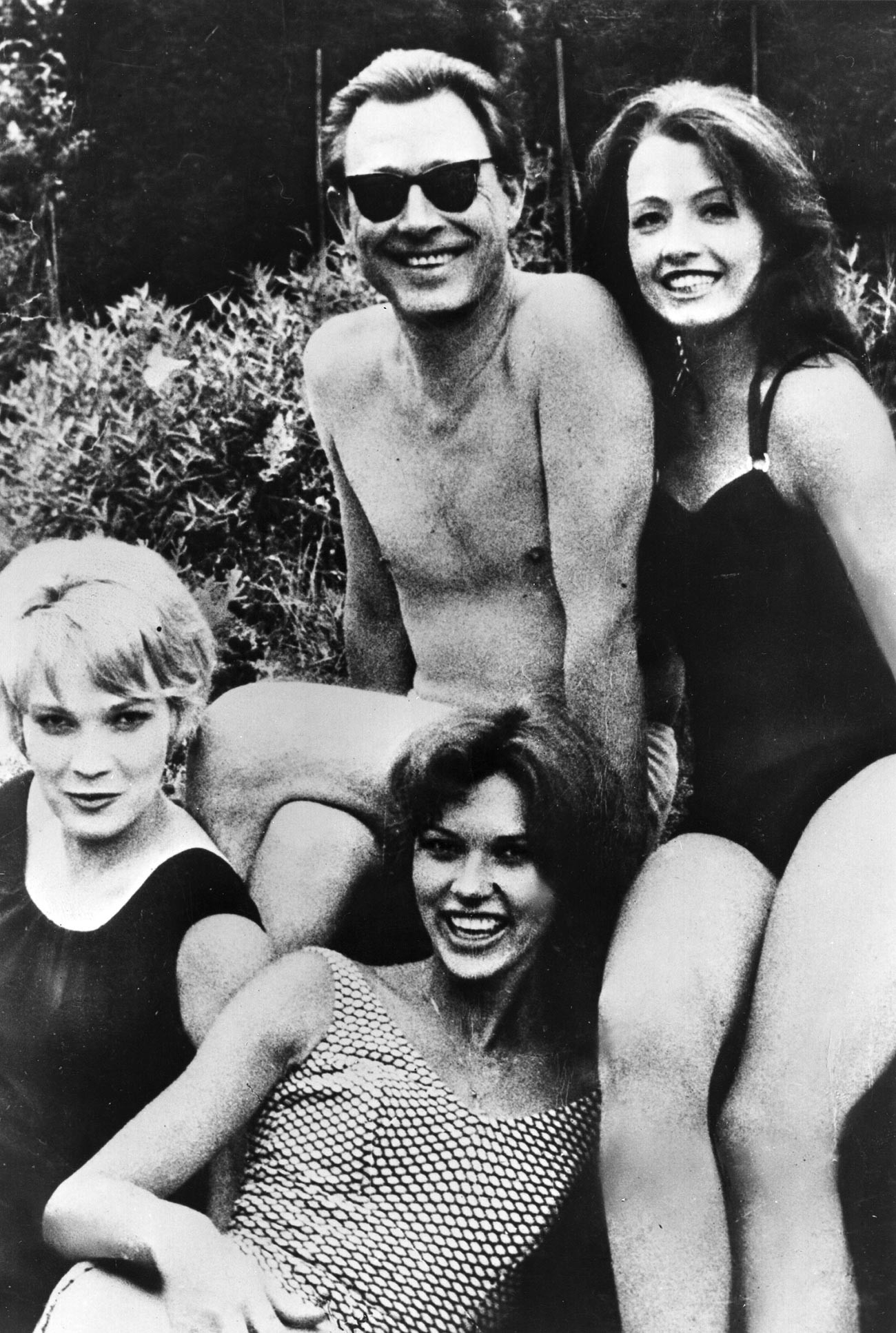 Osteopath Stephen Ward posing with models. Model and showgirl Christine Keeler is on his right. Sally Joan Norie is at the front.

Ward’s protege had a different opinion about the crimes of her mentor. “Stephen Ward has been portrayed in courts, in government reports, in films and television as an immoral rascal; he was dismissed as a debutante Communist sympathizer, who was only of harm to himself, a somewhat silly, vain man. In reality, Stephen Ward was a sympathizer, who befriended hosts of prominent and powerful people in the British government, aristocracy and even members of the Royal Family. With associates, he lured many of them into compromising situations. Stephen Ward wasn’t a mole — he was a badger. He always knew what he was after and, if concerned, he would kill to protect himself. His espionage activities included Moscow’s audacious act of putting one of their men at the heart of the British Secret Service during the most difficult period of the Cold War when the paranoia over ‘The Bomb’ — specifically nuclear missiles — was at its height: who had them and who could use them? Where? And when?” Keeler revealed her understanding of Ward’s place in the spy game of the time in her book.

Eugene Ivanov was also punished by his superiors in the Soviet intelligence community, or, at the very least, not properly rewarded. He had been recalled to Moscow in December 1962 or January 1963, a few months before the Profumo affair scandal broke out.

The problem was that, apparently, he had not reported about his relationship with Keeler to his superiors up until the scandal had broken out. Upon returning to the Soviet Union, he was reassigned to the Black Sea Fleet.

In January 1994, the Soviet spy was found dead in his apartment in Moscow at the age of 68. According to his publisher John Blake, Ivanov was “a little sad that his career hadn’t gone the way he thought it should have.”

As to Christen Keeler, she was stigmatized by the publicity she received during the coverage of the affair in the press, but remained defensive of her role throughout her life: “I have always denied being a prostitute. […] You might think you know about my life because you lived through it or have seen Scandal, the film made about me some years ago, at the cinema or when it’s re-run on television. I’m sorry, but that film was just a snapshot of what really went on; the surface has barely been rippled.”