Kim Philby: The story of the Soviet Union’s best spy in Britain 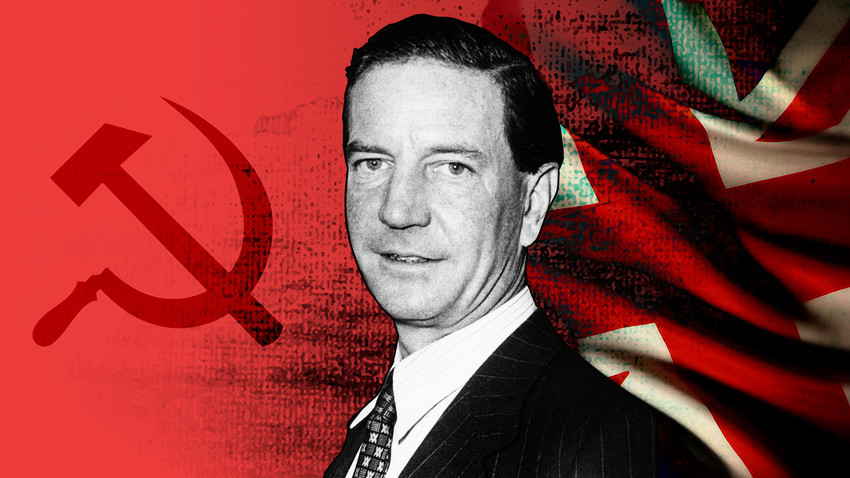 Kim Philby - a spy and a gentleman.

Sputnik
Englishman Kim Philby worked for Britain’s Secret Intelligence Service, and for 10 years was head of the department devoted to countering Soviet espionage. Little did they know he was also Moscow’s most important agent in London.

Kim Philby (1912-1988) laughed as he watched Seventeen Moments of Spring, (a 12-part TV series about a Soviet spy operating in Nazi Germany). "A spy with such an expression would not have lasted a day," said Philby, an Englishman who by then had been living in Moscow for a long time. He was commenting on the stern features of Max Otto von Stierlitz, played by Vyacheslav Tikhonov.

He knew what he was talking about. For many years, Kim Philby had worked for the USSR, heading a cell of Soviet spies in London. At the same time, he was in charge of the department devoted to countering Communism at the Secret Intelligence Service (SIS) – in other words, his job was to catch people like himself – a predicament fraught with impossible danger. Ever the upper-class Englishman, Mr. Philby was adored by his colleagues for his suave ways and always being the life of the party. That is, until it emerged that he was a Soviet spy, earning him the title of "Britain's greatest traitor". 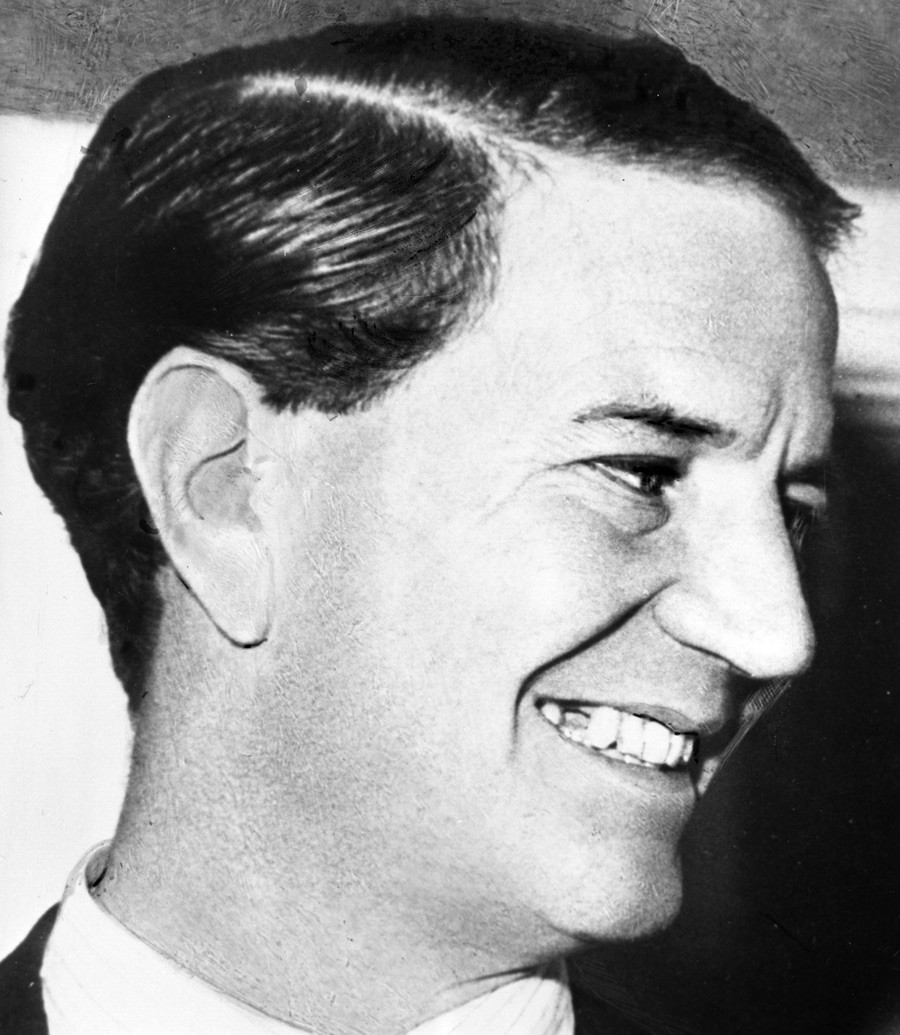 Harold Adrian Russell Philby (Kim was a nickname) was born into an affluent family: His father, St John Philby, worked in British India, later converted to Islam, and was advisor to King Ibn Sa'ud of Saudi Arabia. Such are the ironies of fate: St John persuaded the Saudis to cooperate with Britain and the USA – instead of the USSR – while his own son ended up working for Moscow for 30 years.

Young Philby received a first-class education at Cambridge. While there, he associated with the British Socialists – something he later addressed by saying: "When I was a nineteen-year-old undergraduate trying to form my views on life, I had a good look around and I reached a simple conclusion – the rich had had it too damn good for too long and the poor had had it too damn bad and it was time that it was all changed."

The desire to bring equality to the world led him to work for the main citadel of the Left at the time – the Soviet Union. In 1933, Philby was recruited in Vienna by Arnold Deutsch, a deep-cover Soviet intelligence agent. Later, when accused of betrayal, Philby always calmly retorted that he remained true to his own convictions – and that this was more important than loyalty to his country.

Arnold Deutsch convinced Philby that, as a secret agent inside British counterintelligence, he would do far more good for the communist cause than any devoted Socialist could, and, beginning in the 1930s, Kim began to conceal his political beliefs: as a correspondent for The Times, he sent reports from Fascist Spain and publicly praised General Franco. Gradually, Philby’s international experience had led to the SIS taking up interest in the journalist, and offering him a job. Philby agreed. 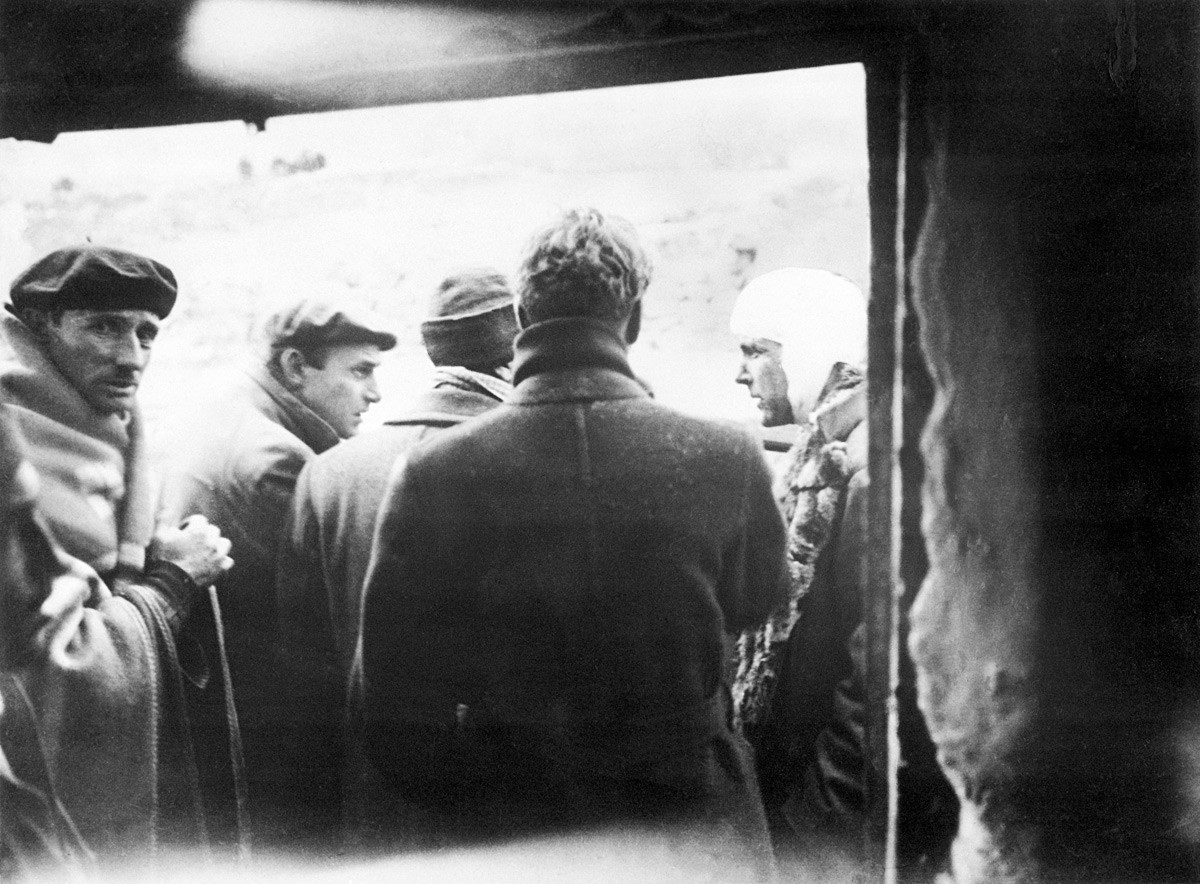 After the outbreak of WWII in 1939 Philby became an indispensable agent for Soviet intelligence. Thanks to the decryption of the Enigma code, the British managed to read secret German radiograms throughout the war, and while Winston Churchill was in no hurry to share all the information with his Soviet allies, Kim Philby had been secretly doing that job for him.

"You have probably all heard stories that the SIS is an organization of mythical efficiency, a very, very dangerous thing indeed. Well, in a time of war, it honestly was not," Philby told a seminar for East German intelligence officers in 1981. Every day he had left the office with a big briefcase full of the latest papers and reports, and handed them to his contact. The latter photographed them and sent them to Moscow, while Philby put the originals back in their place with no one any the wiser next morning. 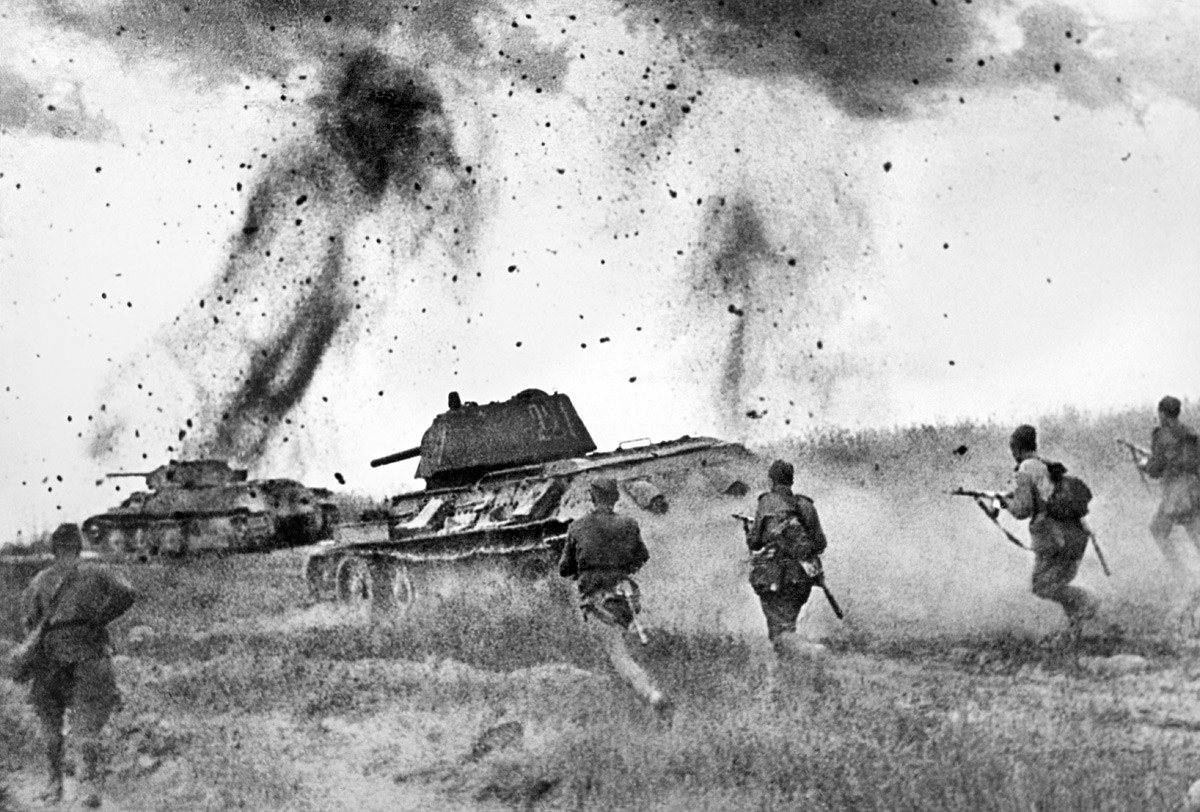 The Battle of Kursk was among those operations where Philby's information was essential for the USSR.

Philby took personal pride in the 1943 Battle of Kursk: thanks to him, the USSR knew exactly where the Third Reich was planning to deliver the decisive blow – near the village of Prokhorovka – and held back a powerful attack by German tanks, which later made it possible to win the battle. "When Philby was asked what his main achievement in life had been, he would repeatedly say 'Prokhorovka'," Sergei Ivanov, head of the press service of the Russian Foreign Intelligence Service, told RIA Novosti. 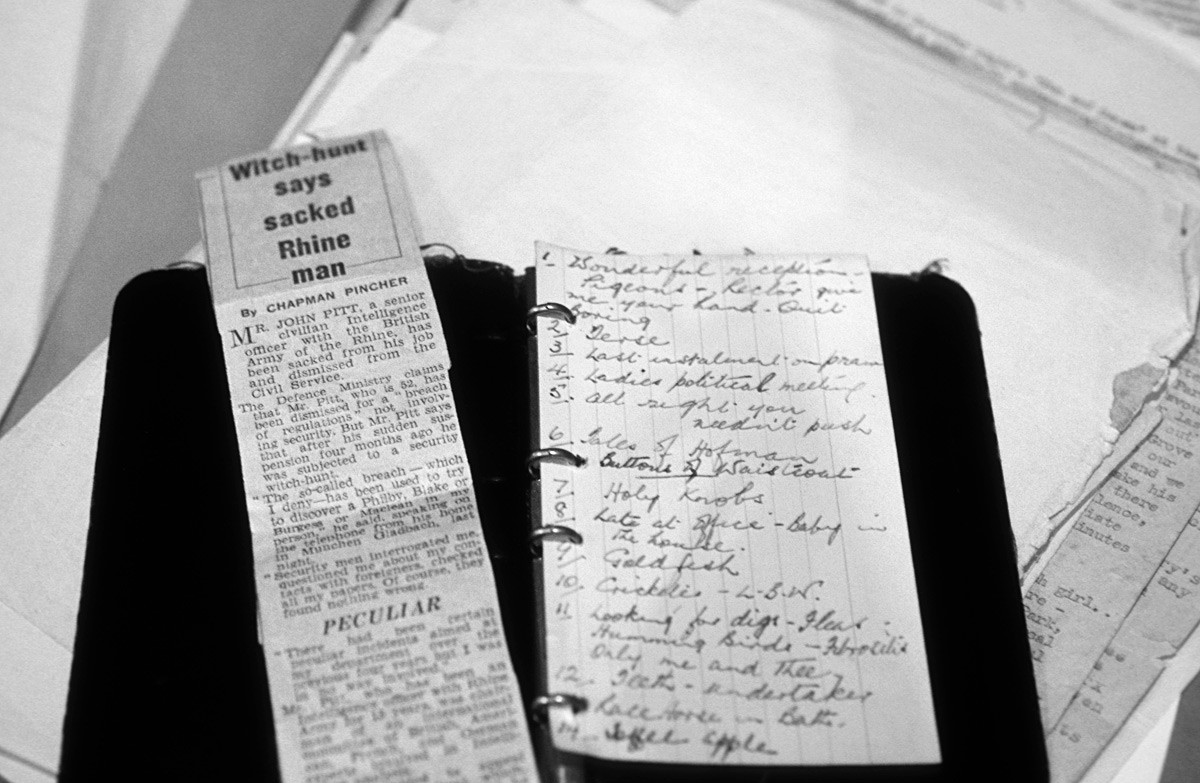 Notes of Kim Philby at the Sotheby's auction.

From 1944, having had his own boss ousted with the use of clever manipulation ("It was a very dirty story but our work does imply getting dirty hands from time to time," the former agent recalled later), Kim Philby was put in charge of SIS Section IX, which oversaw anti-Communist operations. In his new position he continued to pass information to Moscow but skillfully covered his tracks: so much so, that in 1946, he received the Order of the British Empire from King George VI.

Philby was skating on thin ice all the time. On one occasion, in 1945, the Soviet vice-consul in Turkey, Konstantin Volkov, told the British that, in exchange for political asylum and money, he was prepared to reveal the names of three important Soviet agents in London. Philby, being one of them, flew to a meeting with Volkov as SIS representative, having sent a tip-off to Moscow. Volkov was arrested, with Philby telling his SIS bosses that the meeting must have been a provocation. 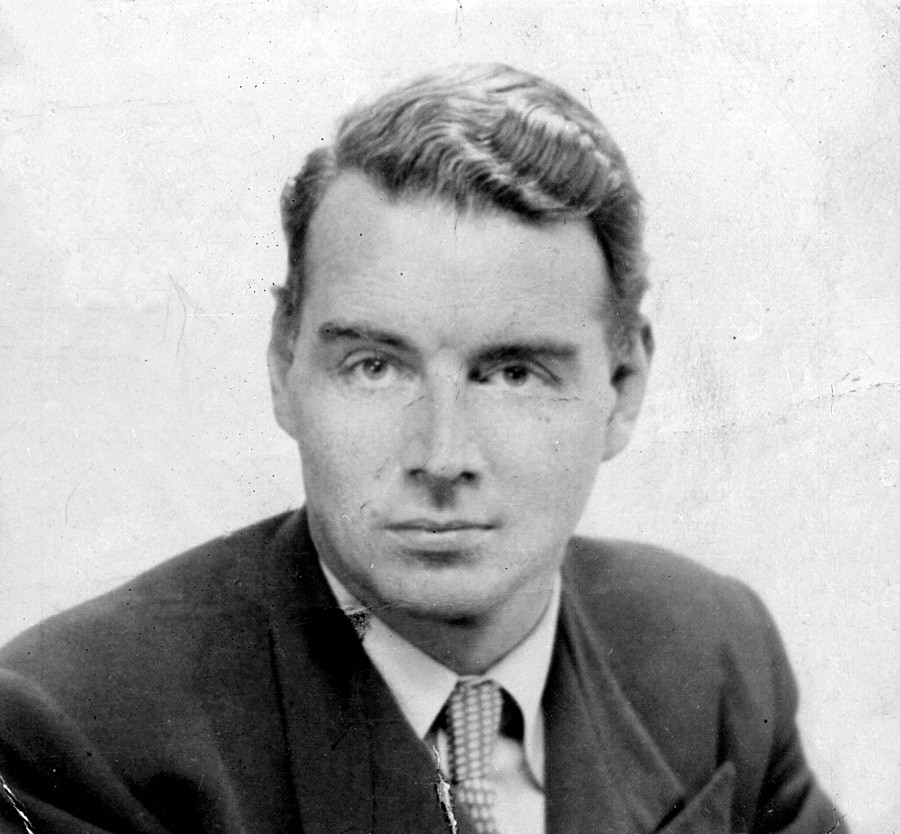 Guy Burgess, who fled to the Soviet Union in the early 1950s, seriously let Philby down.

In 1951, the clouds were gathering over Philby again, following the escape to Moscow of two Soviet spies who had been recruited on his recommendation – Donald Maclean and Guy Burgess. Maclean was already on the verge of being exposed, but Burgess, who had organized Maclean’s escape, fled without permission, deeply compromising Philby's position. The SIS was aware that Philby and Burgess knew each other, and decided it was quite possible that Philby was the "third man”. He underwent questioning. 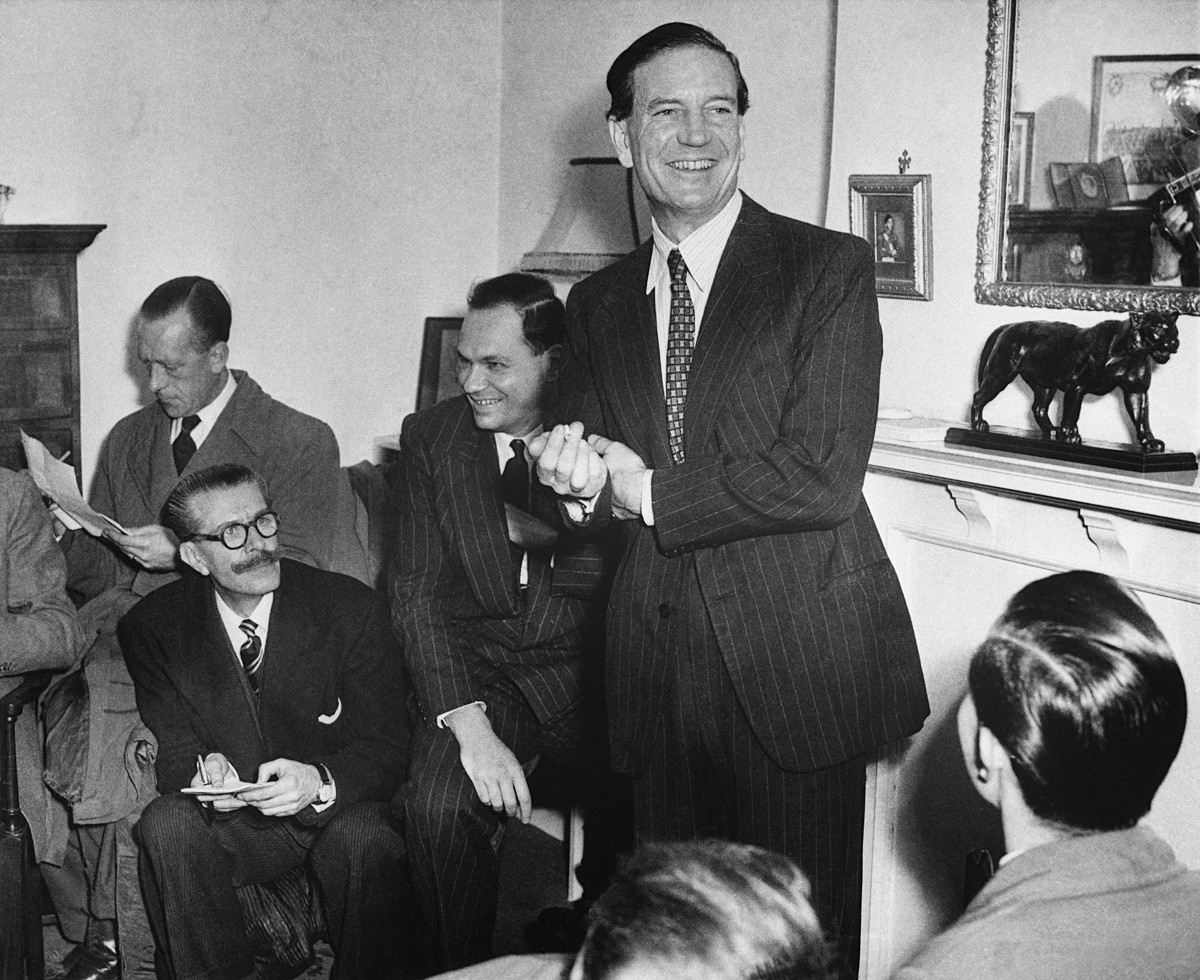 Kim Philby during his press-conference where he "proved" himself innocent.

The Soviet agent kept his nerve: the British subjected him to weeks of daily interrogation, but couldn’t spot one lie, In the end, he was left alone (although he was removed as head of the department) and officially cleared by the foreign secretary personally. And in 1955 Philby convened a news conference at which he expressed his outrage at being accused of espionage. "The last time I spoke to a Communist knowing that he was a Communist was some time in 1934," Philby said. And the nation believed. 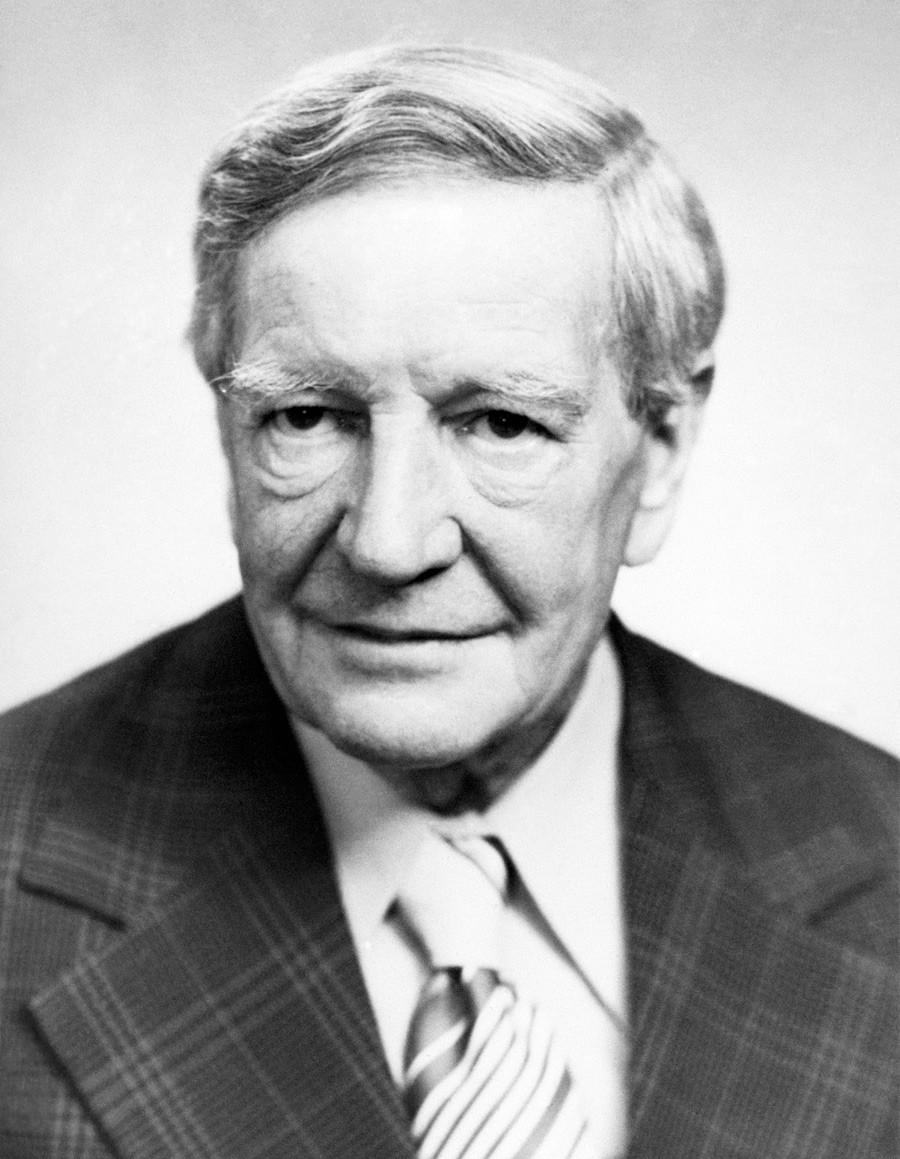 Philby in his older years.

In the years 1956-1963, Philby worked in the Middle East: ostensibly as a journalist but in reality as an SIS agent (and Moscow's, of course). Not much is known about this period of his life. In 1963, however, he was finally exposed thanks to testimonies provided by new defectors to the West, as well as by an old girlfriend who revealed his Communist beliefs. An offer of immunity "was contingent on my telling all I knew about the KGB and naming names in Britain", Philby was to recall later. But his Soviet comrades organized his escape from Beirut to Moscow (some people believe the British intentionally let Philby "flee" to the east to avoid a scandalous trial). 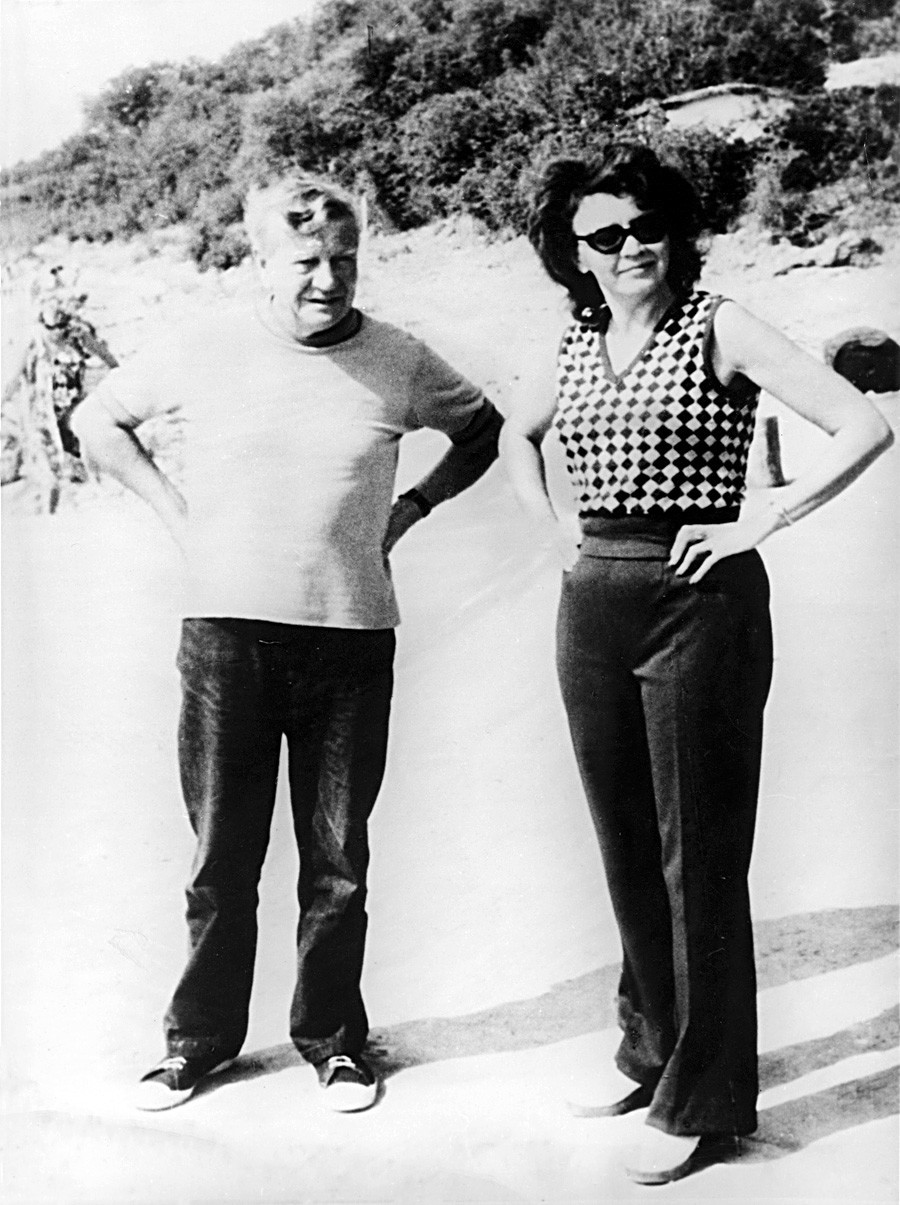 In the USSR, Philby essentially became an honorary pensioner: he passed on to Soviet intelligence everything he had, and occasionally gave seminars for intelligence officers. He lived in a flat in central Moscow and married a Muscovite 20 years his junior. In the few interviews, he gave he said he regretted nothing and spoke of the USSR as "we" – although admitted that he did miss Britain a little. According to some intelligence officers, many of the things Philby had been involved in are classified to this day and may remain shrouded in mystery forever.