Sometimes you "just" execute a wrong person and the course of history changes drastically.

Getty Images
The USSR had excellent relations with Saudi Arabia in the early 1930s, but then everything went south.

It wasn’t easy: the discovery occurred only after several years of what seemed to be totally fruitless drilling. By that time, “the question had begun to trouble executives in San Francisco: should the company pull out of Saudi Arabia altogether? It had already poured millions of dollars down the holes in the desert,” as Saudi Aramco World would write later. But they persisted, and their tenacity led to a huge success.

The American oilmen were not drilling in the desert on their own: they had signed an oil concession agreement with the government of King Abdulaziz Al Saud (known in the West as Ibn Saud). That surely had some long-term effects: Saudi Arabia grew to be one of the world’s leading oil producers (literally the mecca of oil production), and the country remains a close American ally in the Middle East. But what would you say if we told you that another nation could have benefitted from Saudi Arabia’s oil fields? The Soviet Union.

Founding of the Saudi state 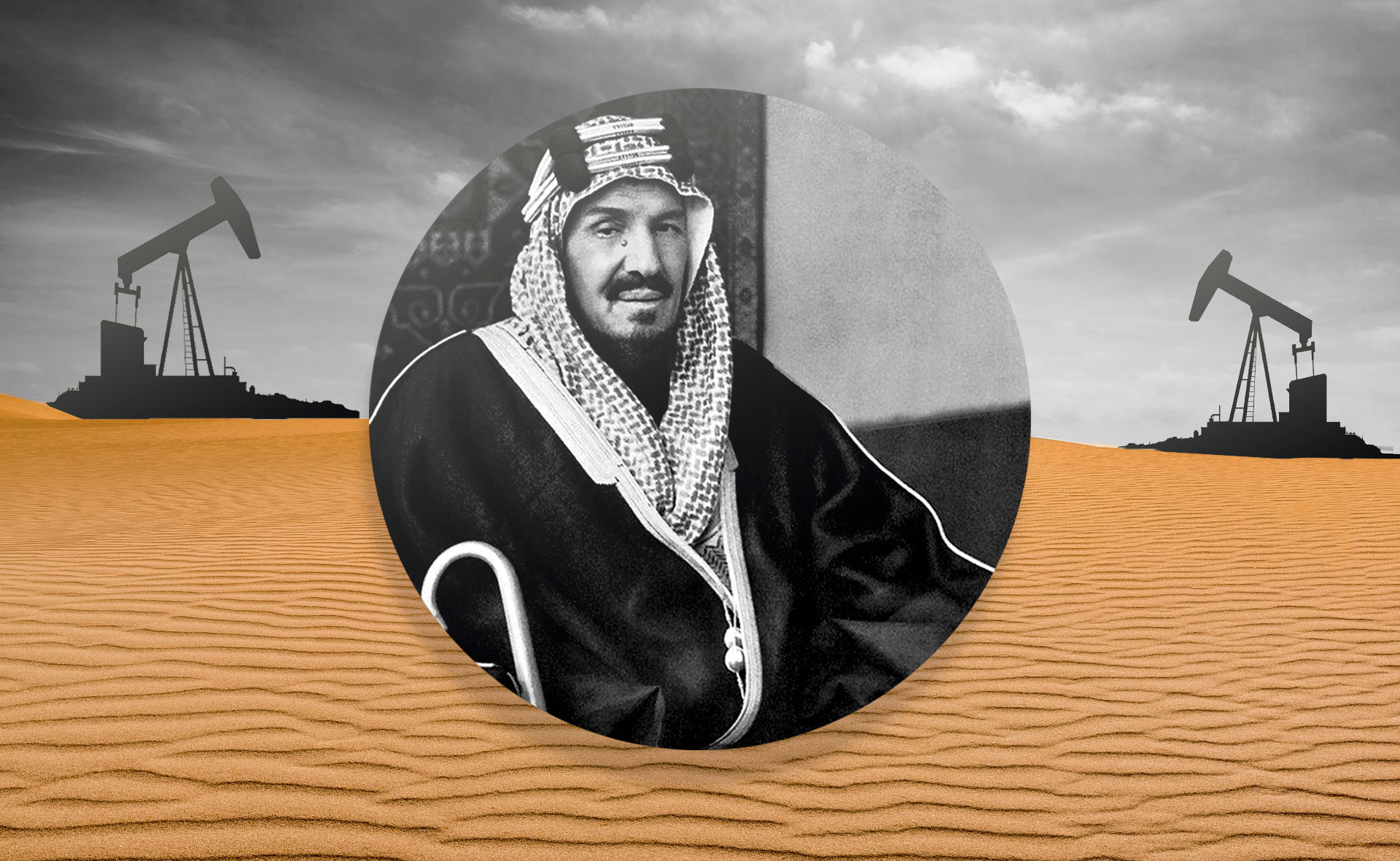 By the 1930s, Saudi Arabia was a third-world country situated in what was then a very peripheral part of the globe, the Arabian Peninsula. Ibn Saud led an army of Bedouins, and conquered the state of Hijaz (which held the sacred Islamic cities of Mecca and Medina) and proclaimed his authority in 1926.

All of a sudden, the USSR was the first state to recognize the new kingdom (the name ‘Saudi Arabia’ would occur later, in the early 1930s). “The Soviet government, respectful of the Hijazi people, recognizes you as the King of Hijaz and Emir of Nejd,” said the note that the Soviet envoy handed to Ibn Saud, who in turn thanked the USSR, writing back: “We are ready to have relations with the Soviet government that friendly powers have…”

Such diplomatic success became possible thanks to consul general Karim Khakimov, the Soviet diplomat who befriended Ibn Saud and totally charmed him. A Muslim of Bashkir origin, Khakimov used to work in Iran and was familiar with Arab culture and language. The Arabs even called him ‘the Red Pasha’, using a symbolic honorary title. 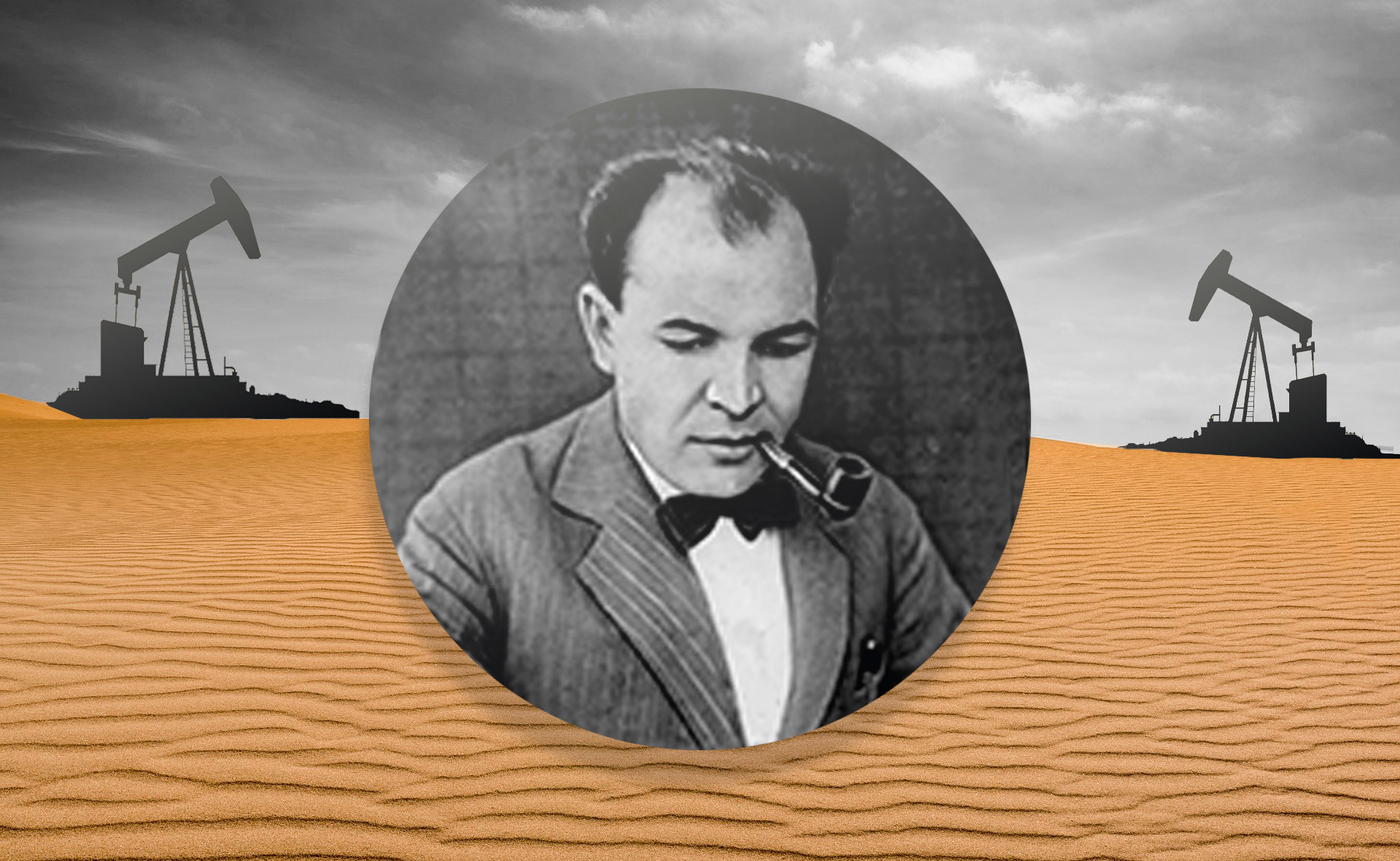 Ibn Saud and his subjects were Wahhabis – followers of the very hardline movement within Islam. How come they were on good terms with the Soviets, who worshipped only Karl Marx and Vladimir Lenin, and who championed atheistic international revolution? It was all about politics: for the Soviets, it was important to support the independent Arab states who opposed the British in the region. So, they preferred to keep their mouths shut about atheism and revolution.

“There was no “Comintern line” [Soviet policy of supporting communist revolutionaries] in Saudi Arabia, which was a result of the fact that Saudi society was not ready to support such ideas, and Soviet Russia gave more importance to the country’s anti-British potential,” Vitaly Naumkin, director of the Institute of Oriental Studies at the Russian Academy of Sciences, wrote. Pragmatism rules the world! 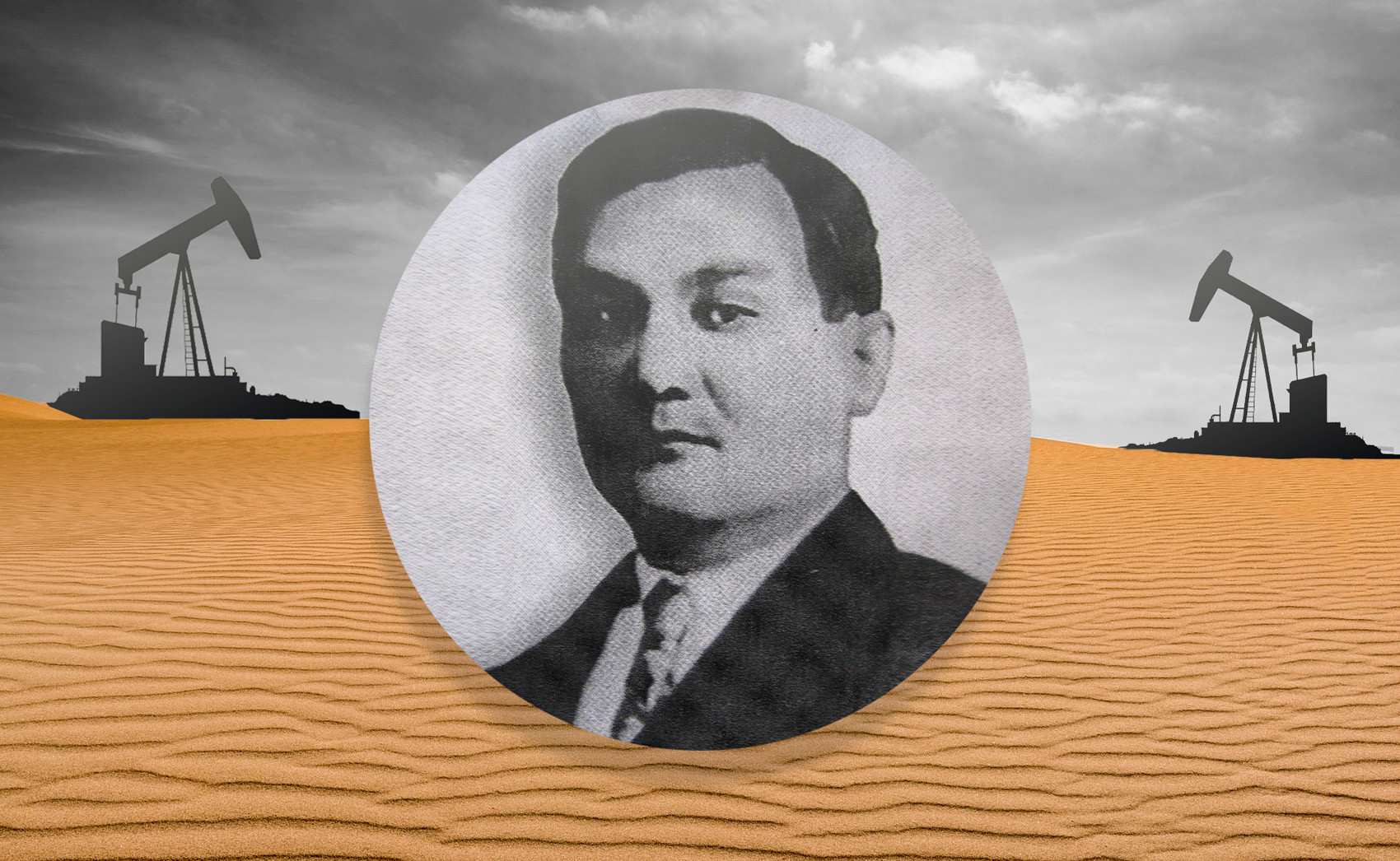 Ironically, in the early 1930s the USSR helped Saudi Arabia with energy supplies: Khakimov’s successor Nazir Tyuryakulov (another Muslim Soviet diplomat) and Ibn Saud agreed on the supply of gas and kerosene. Back then, the Saudis had no idea that they were basically walking on oil. In 1932, Prince Faisal bin Abdulaziz (King in 1964 – 1975) even paid a visit to Moscow.

Faisal’s visit wasn’t successful, though: he wanted Moscow to lend considerable sums of money to Riyadh, but the Soviet government politely reminded that the Saudis hadn’t even paid for the gas and kerosene. The other problem was that the Soviet government wouldn’t allow its Muslim citizens to make the pilgrimage to Mecca and Medina (controlled by Saudi Arabia). That was unacceptable for a communist country. 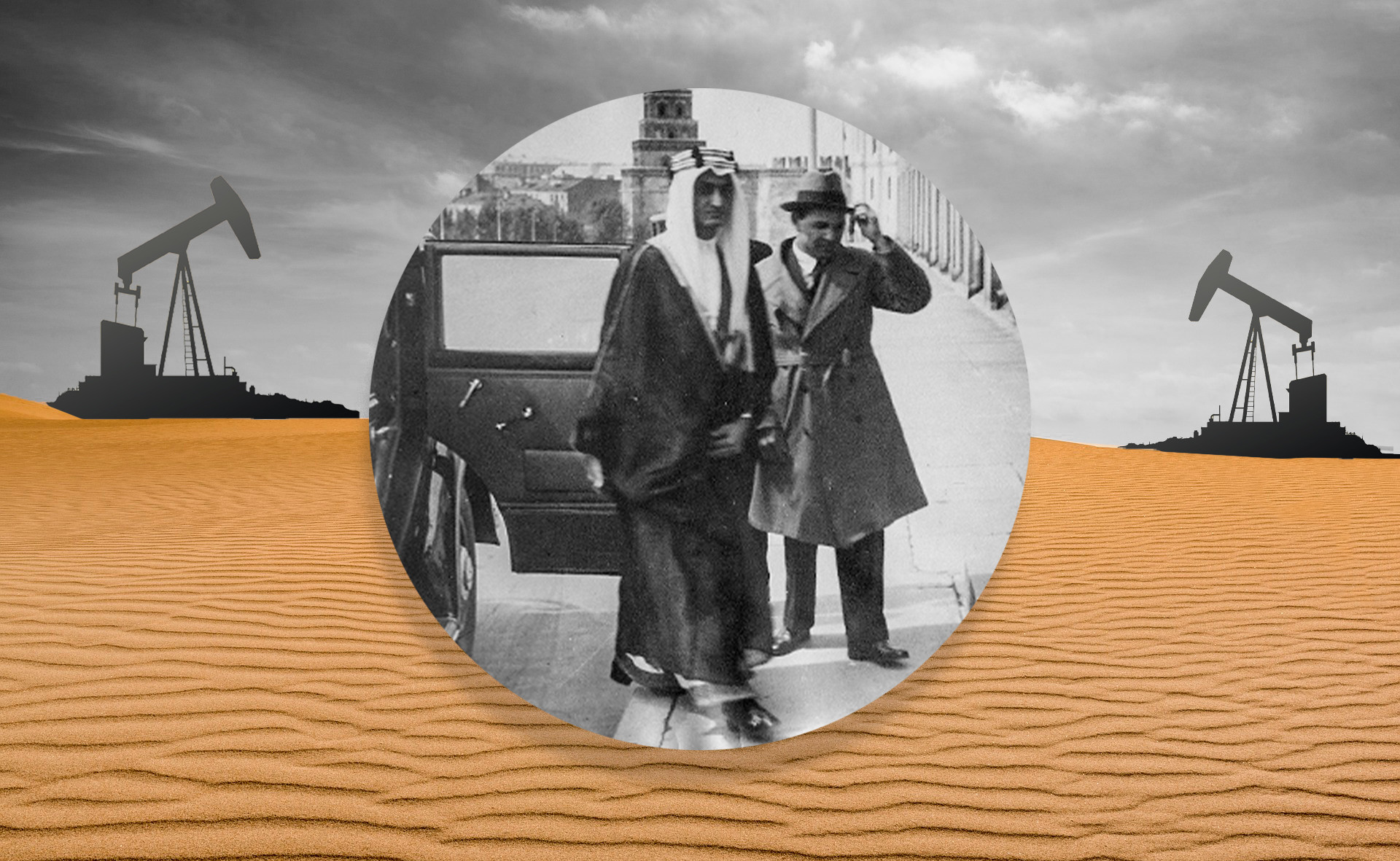 Nevertheless, both sides praised the visit. Soviet Ogonyok wrote: “The importance of the Arabian Peninsula grows year by year. It’s obvious that the existence of an independent national state there is very important…” Nevertheless, the relations totally deteriorated just five years later.

Both Karim Khakimov and Nazir Tyuryakulov, the Soviet diplomats who established ties with Riyadh and had great relations with the Saudi elites, were called back to Moscow in 1937-1938 – in the period of the so-called Great Terror, when around 600,000 people (based on the most conservative estimates) were executed in the USSR. Khakimov and Tyuryakulov were convicted as spies and shot.  Both were rehabilitated posthumously in the 1950s. 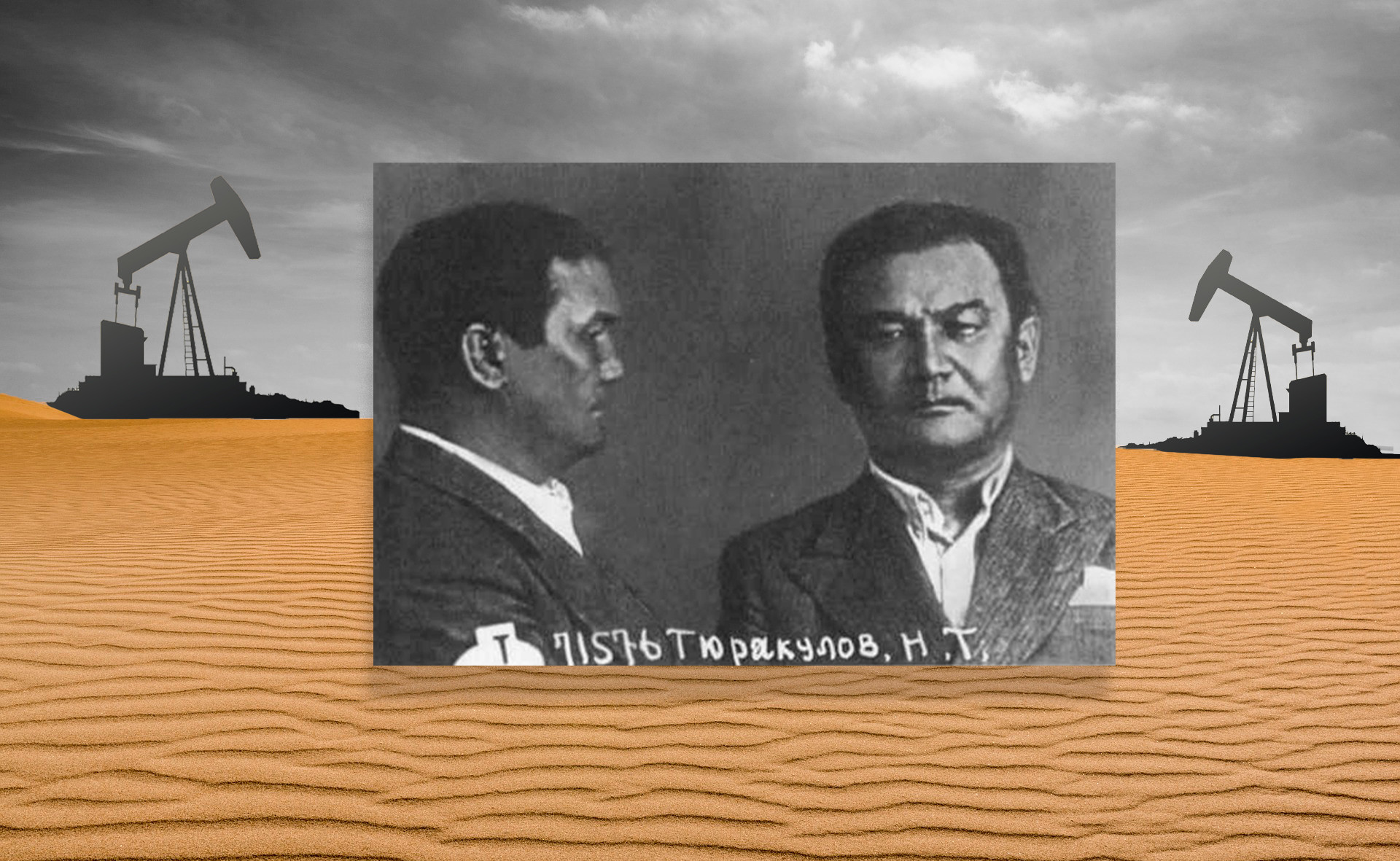 The Saudi king was very displeased to hear that his friends were shot in Moscow, and he refused to welcome any other Soviet diplomats on Saudi soil. Since 1938 Soviet-Saudi relations basically ceased to exist. That same year, the Americans seized the initiative in the kingdom and found oil there. From then on the formerly in-the-middle-of-nowhere kingdom, which was ruled by desert nomads, turned into a strategically important country.

Gaidar believed that the Saudi dumping on the oil market finished off the USSR – and while this version can be considered oversimplified, Saudi policy definitely worsened the state of the struggling Soviet economy. Had Joseph Stalin knew the possibility of such an outcome, he would have probably treated his diplomats much better.