How Stalin tried to annex Iran 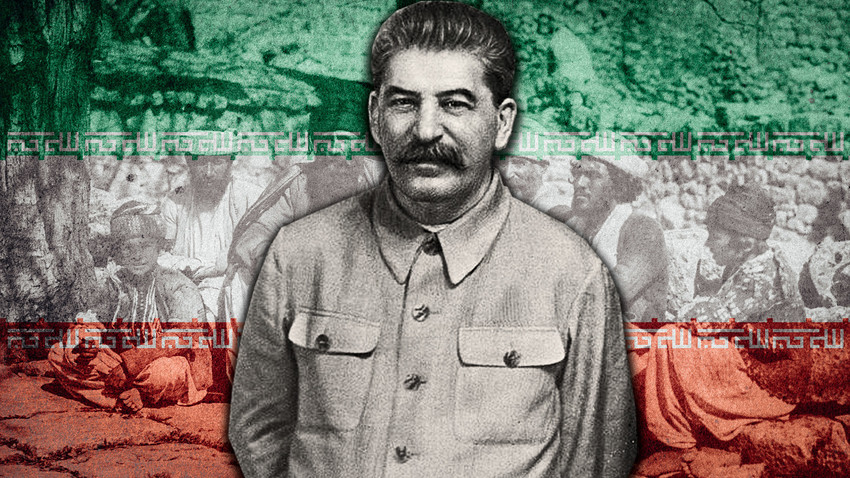 Getty Images, Pixabay
Many believe it was Stalin’s attempt to seize northern Iran that provoked the Cold War.

Modern Iran is a multi-ethnic state. Two of its largest minorities are ethnic Kurds and Azerbaijanis, who live mostly in the north of the country. As a result of the Russian-Persian wars of the 19th century, the historical lands of the Azerbaijanis were divided between two powers, Persia (Iran) and the Russian Empire.

The divided Azerbaijani people have dreamed of reunification ever since, and during WW2, the Kremlin tried to exploit this sentiment. The Soviet plan was to annex its northern regions to the Azerbaijan Soviet Republic, and at the same time support the separatist aspirations of Iranian Kurds.

In August 1941, Soviet and British troops invaded Iran. Despite declaring its neutrality in the global conflict, Iran’s ties to the Third Reich were deemed too close for comfort. German intelligence was active in the country, and Iran’s huge oil reserves had the potential to feed the Axis for a long time to come. The Allies could not allow this. 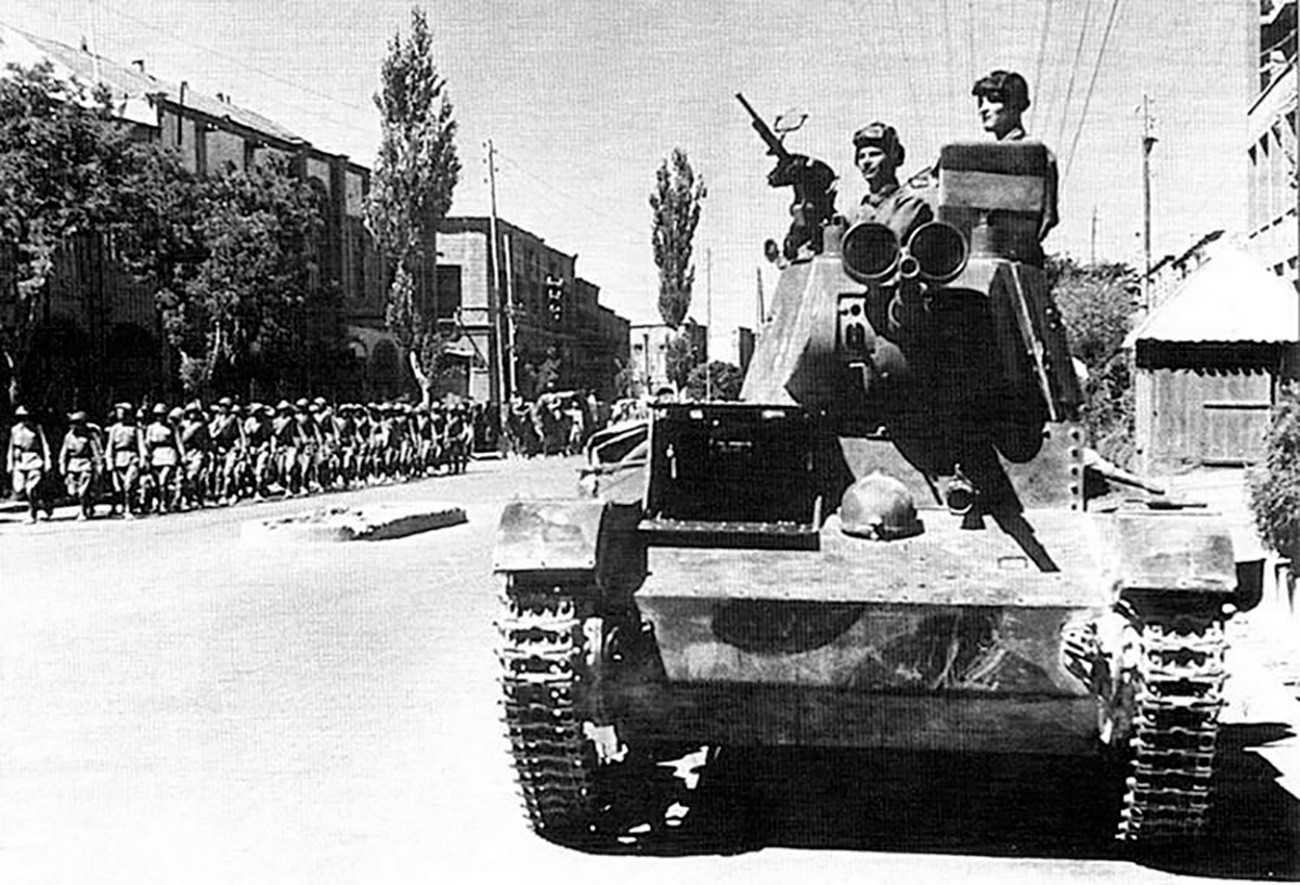 After a rapid military campaign, known as Operation Consent, Iran surrendered. German citizens were expelled from the country en masse, and German companies’ property was confiscated. The country was soon under Allied control.

Yet Iran was not fully occupied. Britain seized the south, while the USSR controlled the north. These were the lands of so-called South Azerbaijan – Iranian territories with 5 million ethnic Azerbaijanis, as well as smaller lands populated by Kurds.

Although in 1941 the Red Army suffered a string of crushing defeats against the Wehrmacht, taking the Nazis to the gates of Moscow, the Soviet leadership never forgot about its Iranian interests. 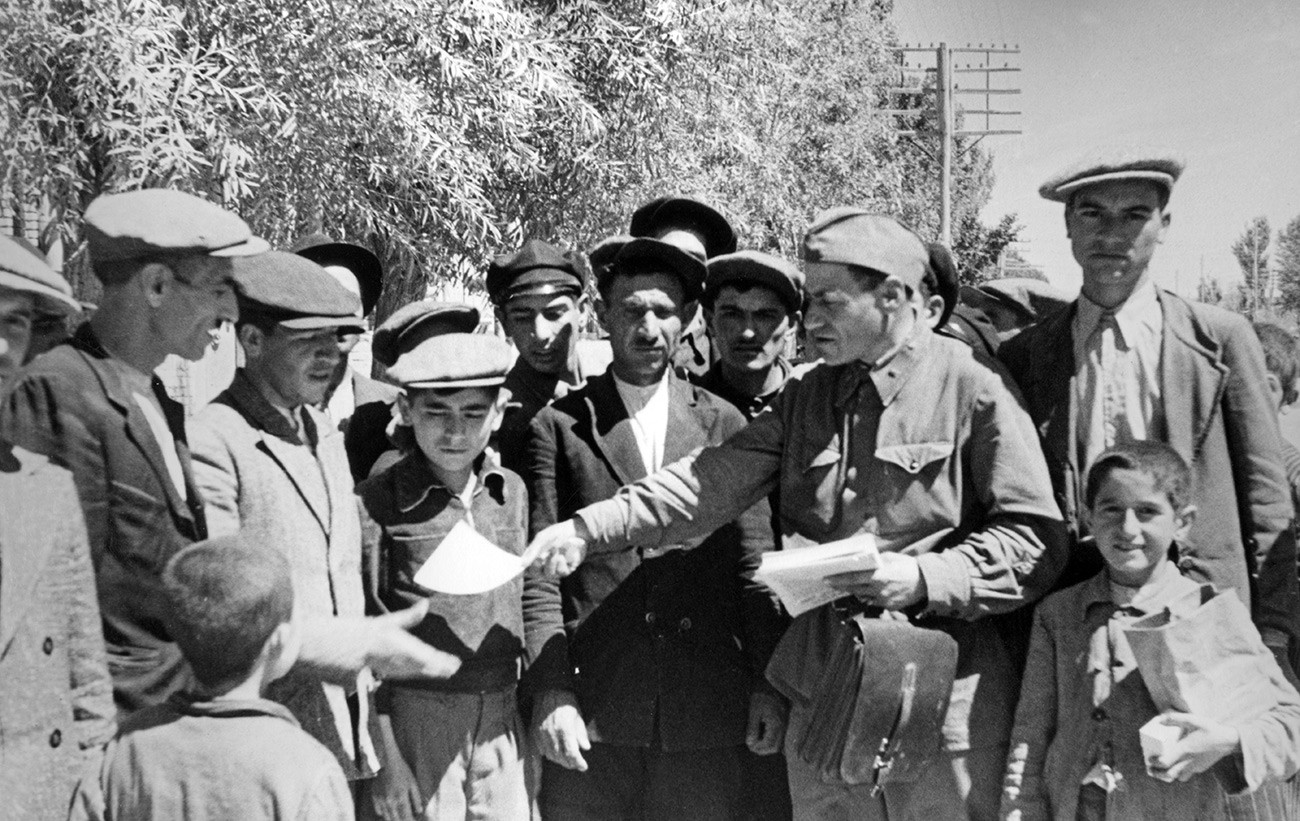 Officially, the territories under the Soviets and the British were still ruled by the shah. In reality, however, Tehran’s influence was greatly curbed by the occupying administrations.

From day one of deploying Soviet troops in northern Iran, the USSR began a large-scale ideological, cultural, economic, and political campaign to win local hearts and minds. A key role in this effort was due to be played by kindred Soviet Azerbaijan, which sent hundreds of specialists to Iran.

To start with, Soviet engineers improved the poor health and sanitation systems in northern Iranian cities and villages. Next came the turn of the ideologues. 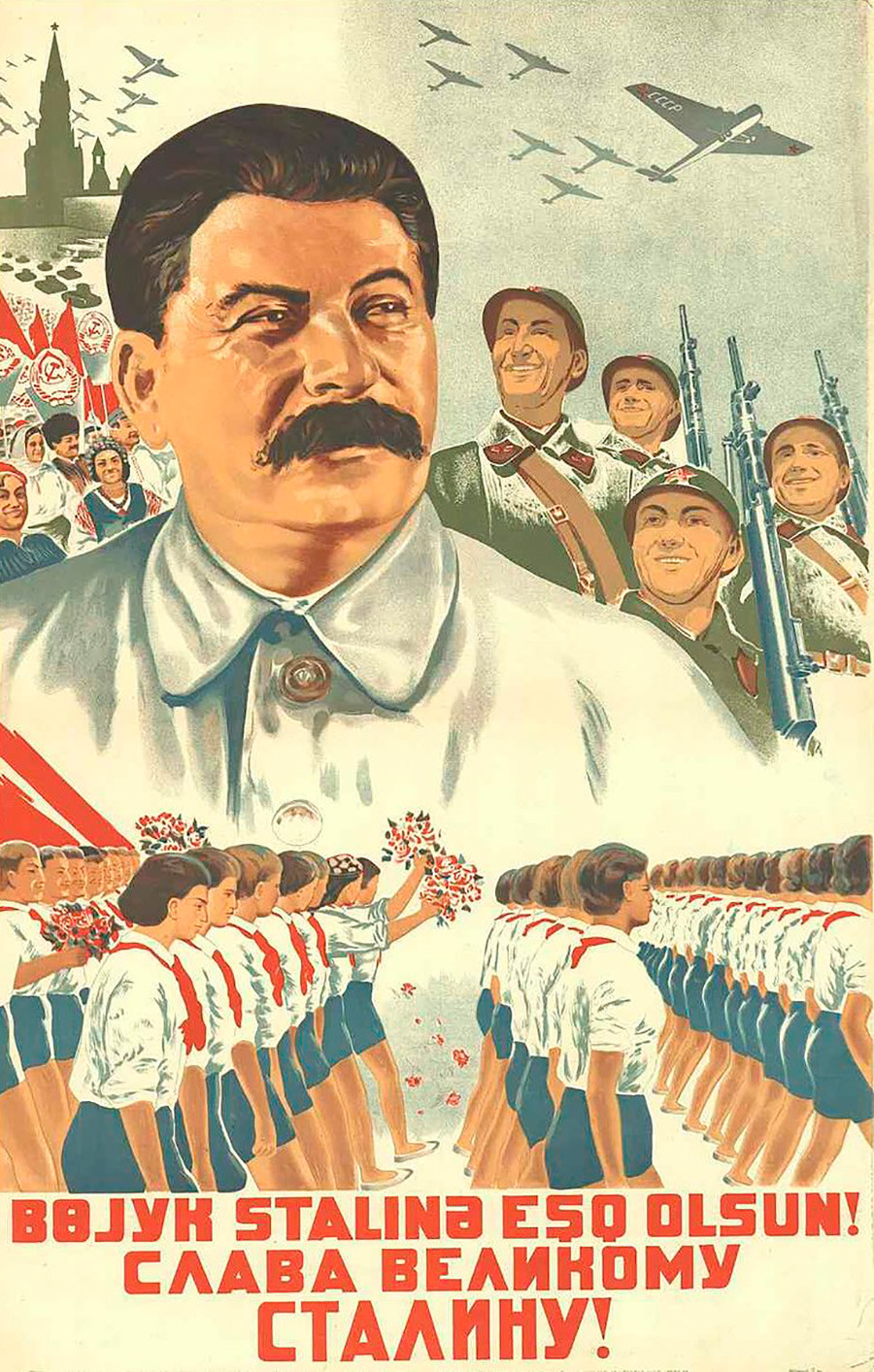 In Tabriz, the region’s main city, the first Azerbaijani-language newspaper, Za Rodinu (For the Motherland), was launched to a welcome reception. A publishing house was set up to issue books by local authors. Operas and theater performances were staged in the local language, plus various festivals and large-scale cultural events. Schools offering tuition in the Azerbaijani language opened their doors. The region had never seen anything like it before.

Fearing the opprobrium of the Western powers, the USSR pursued a cautious policy in so-called South Azerbaijan. The official line was that the Communists had not come to sovietize the region, but merely to assist the locals to revive their national identity.

The focus was not solely on the poor, but on the more affluent layers of society too. Despite the punishing war with the Germans, the Soviets imported massive amounts of grain, sugar, and kerosene to the region. 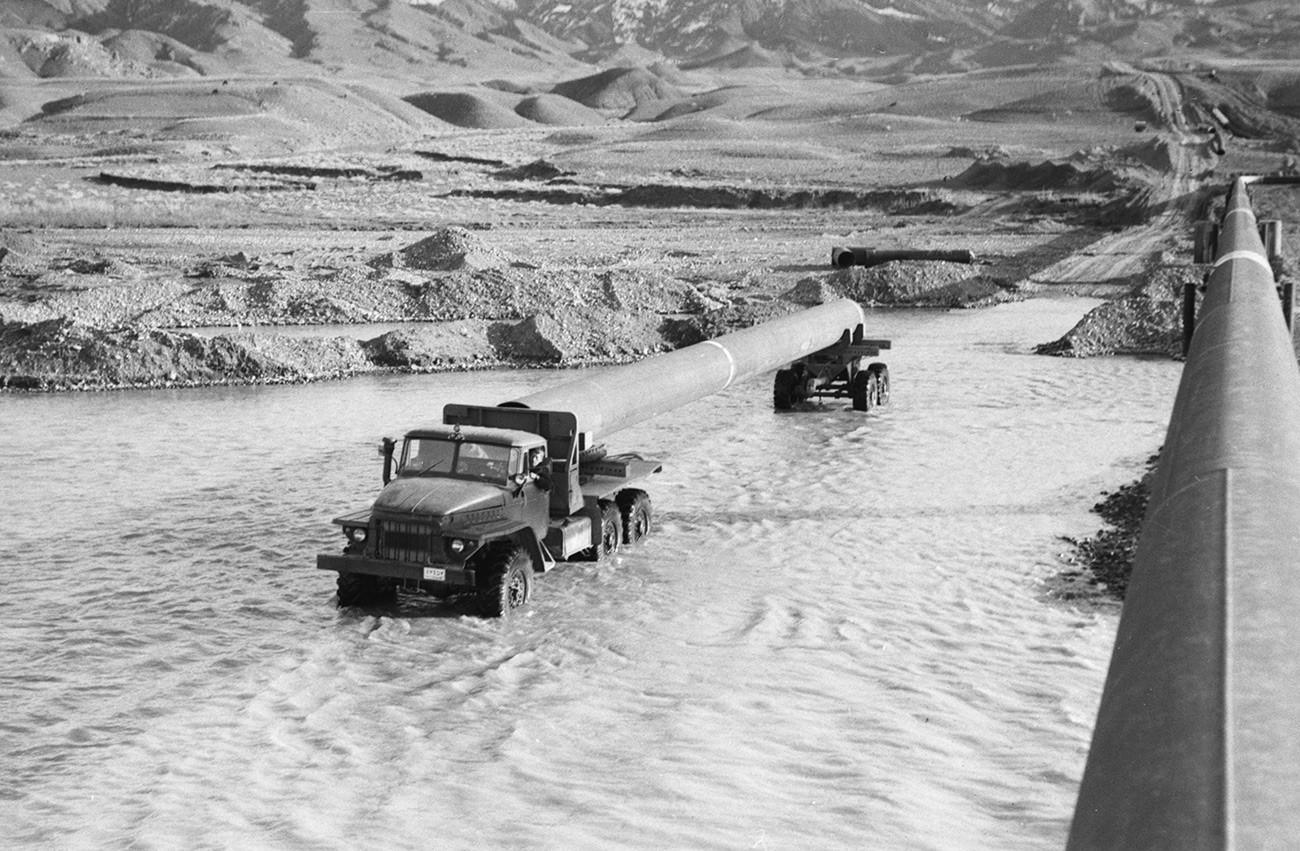 So as to win over the local people, the Administration of Caucasus Muslims, set up in the USSR in April 1944, was actively involved in governing the spiritual life of Iranian Azerbaijanis.

The USSR hinted, subtly or otherwise, that life in the Soviet Union would be better than in Iran.

Under the agreements struck with the Iranian government, the Allied forces were obliged to withdraw from Iran within a few months after WW2. And while Britain complied, the USSR dragged its feet.

More than that, having routed Nazism, the Soviet Union spied an opportunity to engage more closely in the struggle for northern Iran. Soviet propaganda intensified, as did the activities of Soviet intelligence to undermine support for the shah. 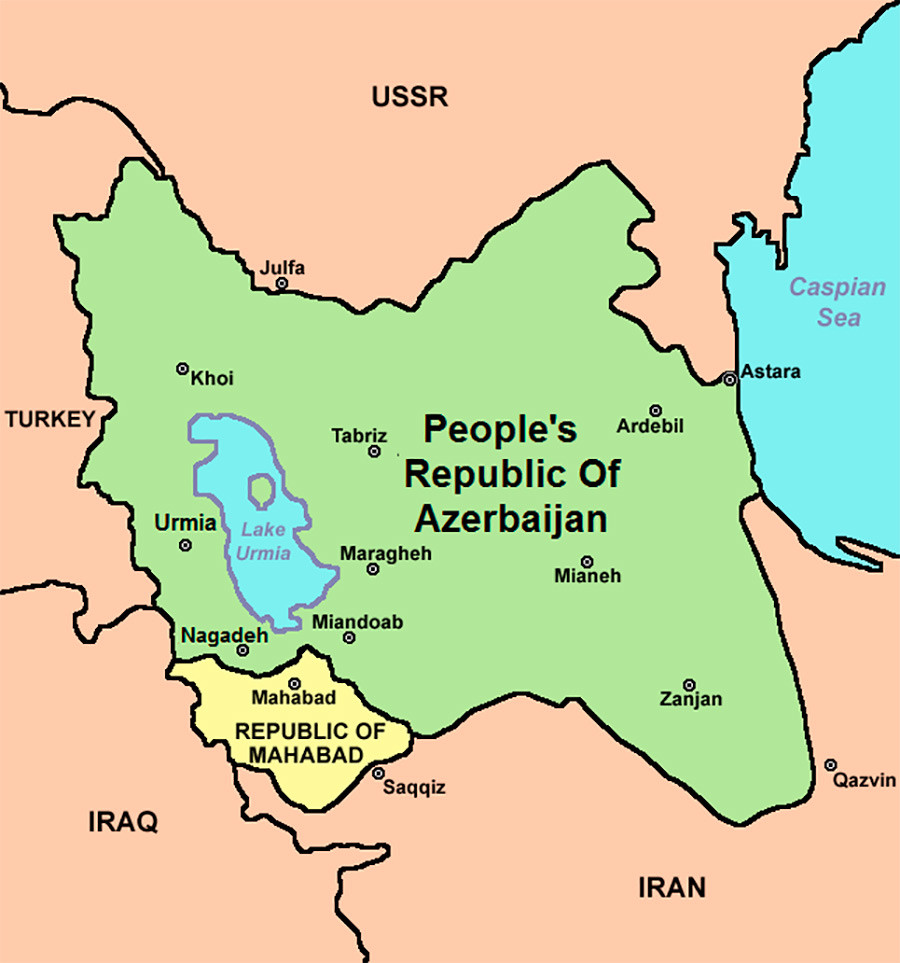 The Soviet position in the region became so entrenched that the leader of Soviet Azerbaijan, Mir Jafar Bagirov, who actively supported the move and dreamed of becoming the “Unifier of Azerbaijan,” dared to declare: “If you want to know the truth, Tehran too is an ancient Azerbaijani city.”

In 1945, the Kremlin decided to integrate the region’s economy with the USSR. Yet more specialists were dispatched to the country to set up enterprises and search for oilfields.

In November that same year, all control over northern Iran finally slipped out of Tehran’s fingers. Partisan detachments of the pro-Soviet Democratic Party of Iranian Azerbaijan, actively backed by Soviet troops, occupied key state institutions in the country and disarmed Iranian army and police units.

On December 12, 1945, the Democratic Republic of Azerbaijan was proclaimed, led by Sayyed Ja’far Pishevari. Nominally an “autonomous republic” within Iran, in reality it was a Soviet satellite.

In January 1946, shortly after the creation of the Democratic Republic of Azerbaijan, another state entity was proclaimed in northern Iran – the Kurdish Republic of Mahabad. 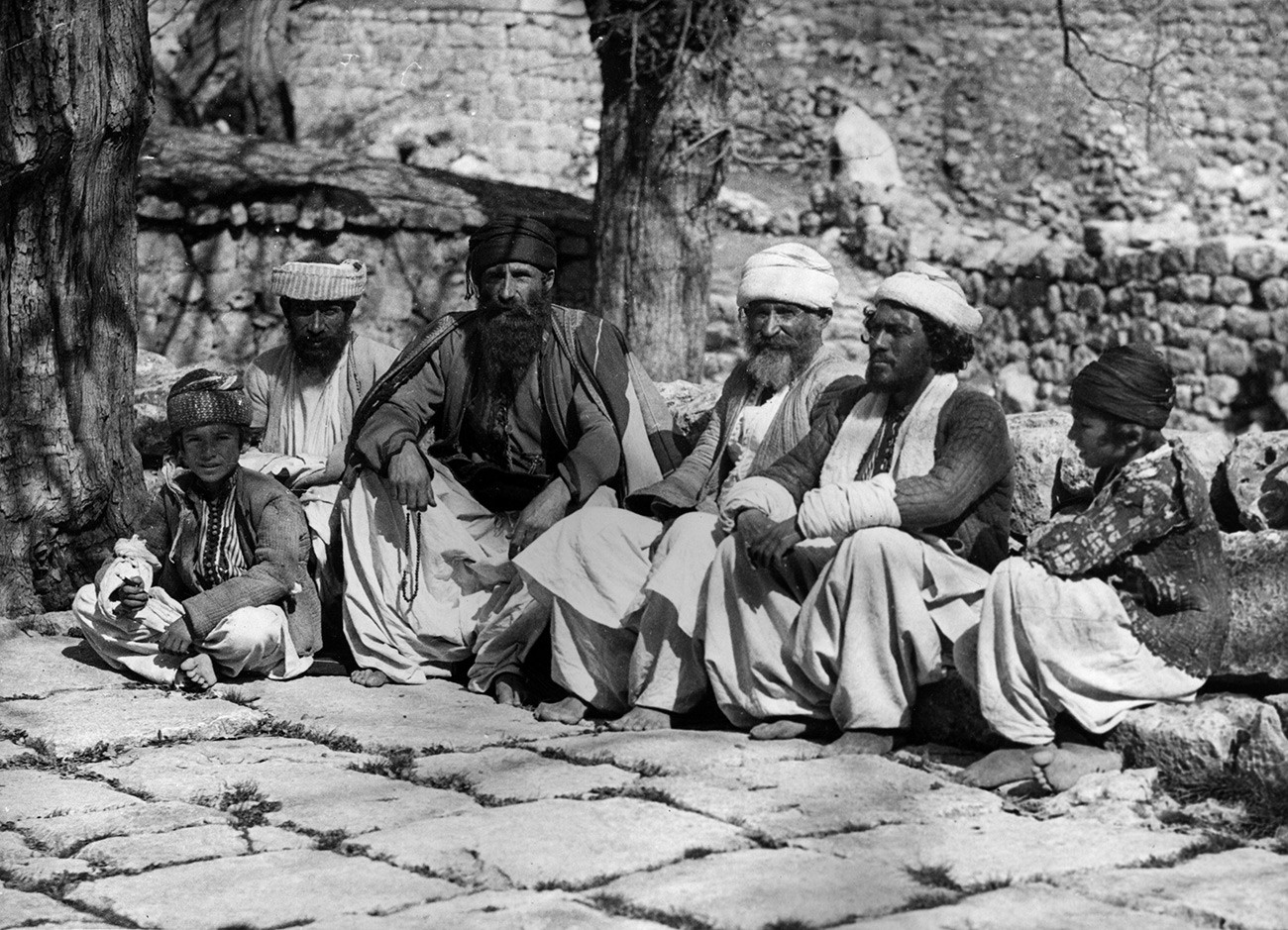 The small Kurdish territories fell under Soviet control together with so-called South Azerbaijan, and this despite the fact that back in 1941 the Soviet leadership had decided not to play the Kurdish card and to concentrate fully on the Azerbaijani issue instead.

Only at the very final stage, in the fall of 1945, did Mir Jafar Bagirov lend his support to the creation of the Kurdish People’s Party, which on January 22, 1946, took charge of the newly proclaimed Kurdish People’s Republic (the Republic of Mahabad).

Unlike in South Azerbaijan, the authorities there did not enjoy broad public support and relied on Soviet military muscle.

The end of the road

Iran had no intention of kissing goodbye to its northern territories. Given that its troops were prevented by the Soviet army from entering the region, Tehran decided to pursue diplomatic channels. 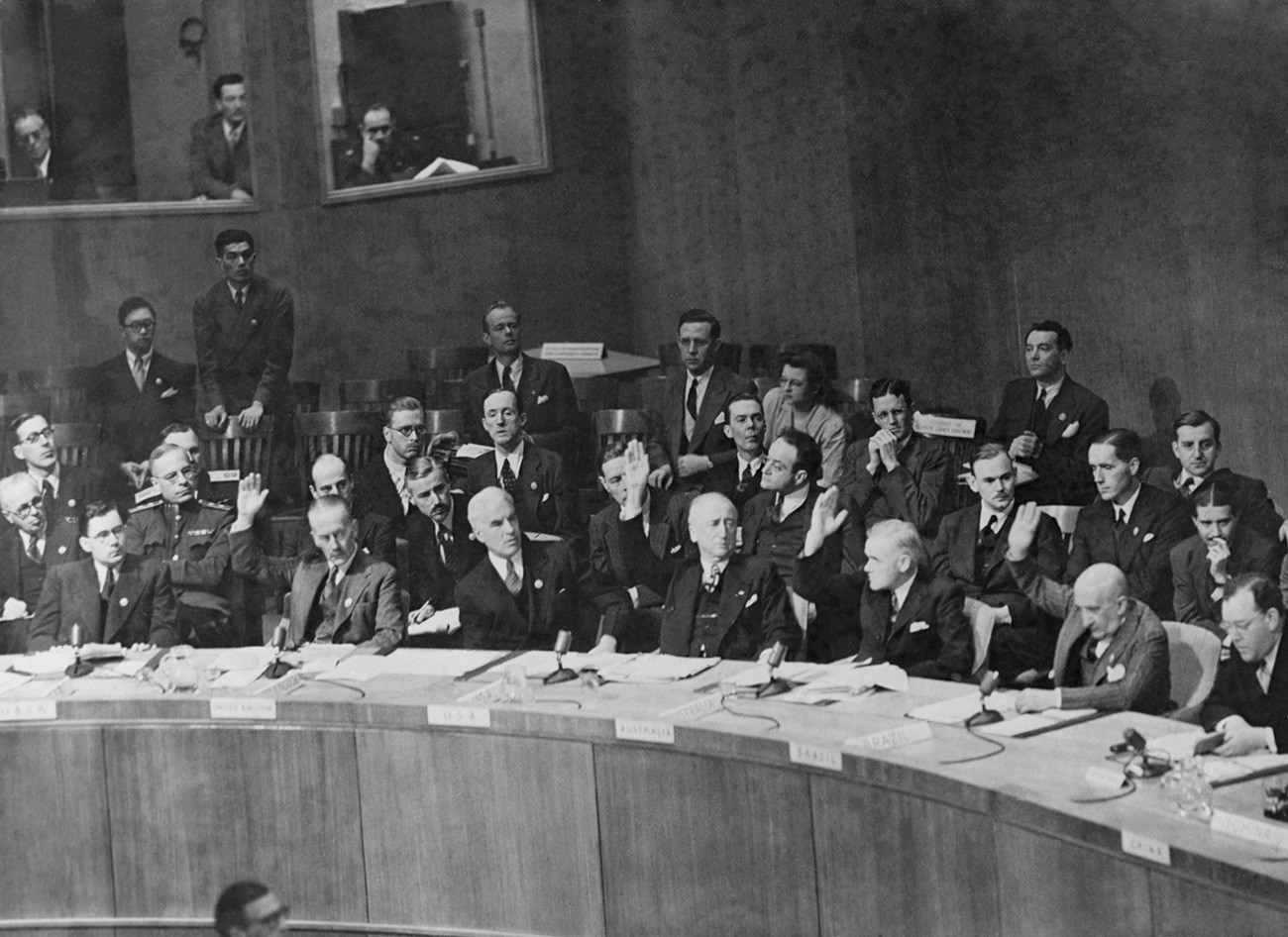 The United Nations Security Council votes in favor of further discussion over the dispute between Iran and the Soviet Union over Azerbaijan.

Accusing the USSR of expansionism, it filed the first ever formal complaint with the United Nations Security Council. Iran’s move was actively supported by both the US and Britain.

Finding itself under severe UN and Western pressure, the Kremlin realized that its Iranian adventure was coming to an end. Stalin decided to bargain. After many months of negotiations, he received the assurances of Iranian Prime Minister Ahmad Qavam that the USSR would be allowed to develop oil concessions in northern Iran after withdrawing its troops. This promise, however, would never be fulfilled.

After the departure of the Soviet army in May 1946, the so-called people’s republics were living on borrowed time. Devoid of support, they nevertheless tried to resist the advancing Iranian army.

But Stalin’s parting message to the Azerbaijanis and Kurds poured cold water over their aspirations: “As prime minister, Qavam has the formal right to send troops into any part of Iran, including Azerbaijan, so further armed resistance is impractical and ill-advised.” 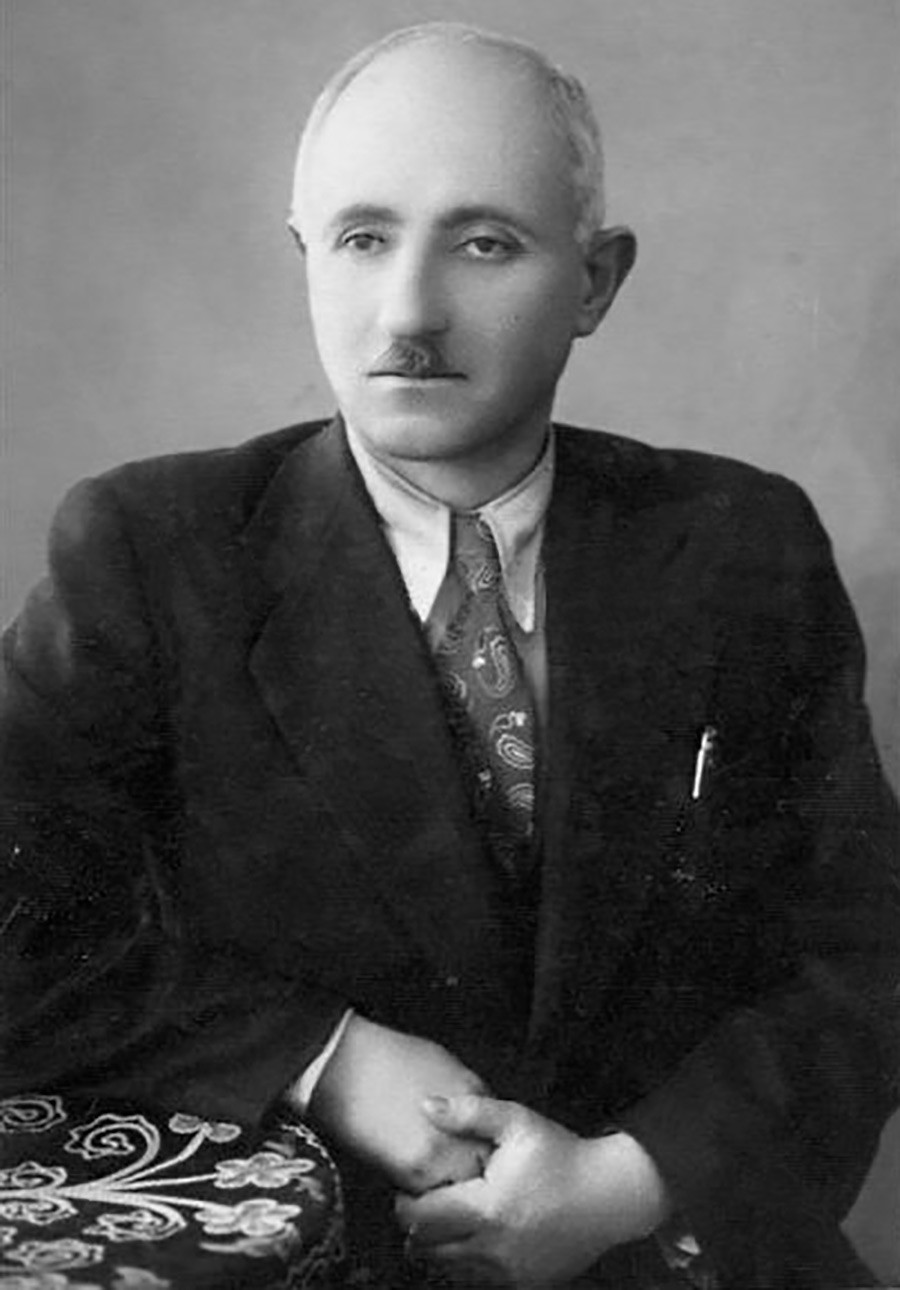 In November-December 1946, the Iranian army occupied the northern territories without a fight, dismantling both self-proclaimed republics. The leaders of the Republic of Mahabad were duly executed, but those of the Democratic Republic of Azerbaijan managed to escape to the USSR.

They did not, however, receive the hoped-for reception. Some ended up in labor camps accused of “espionage activities,” while the head of the defunct state, Sayyed Ja’far Pishevari, died in a car crash orchestrated by the Soviet secret services, and was buried with full honors in the capital of Soviet Azerbaijan, Baku.