Why did Britain and the Soviet Union invade Iran with the Nazis at the gates of Moscow? 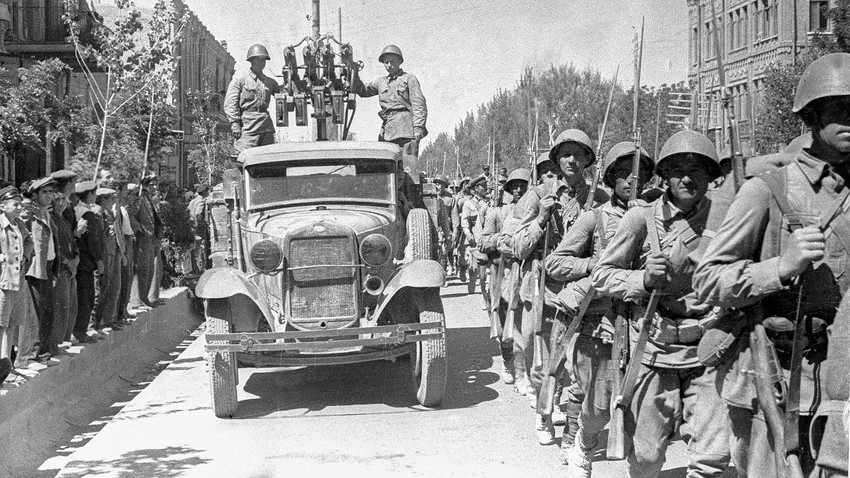 Dmitry Minsker/Sputnik
Soviet and British troops met for the first time not at Wismar in May 1945, as most people believe. In 1941 the allied countries jointly invaded and divided Iran.

In the catastrophic summer of 1941 the Wehrmacht occupied most of the Baltic region, Byelorussia, half of Ukraine, came close to Leningrad (now St. Petersburg) and was approaching Moscow. Surprisingly, given the threat to Russia, Soviet leaders decided to open a new front thousands of miles from Europe, against Iran. 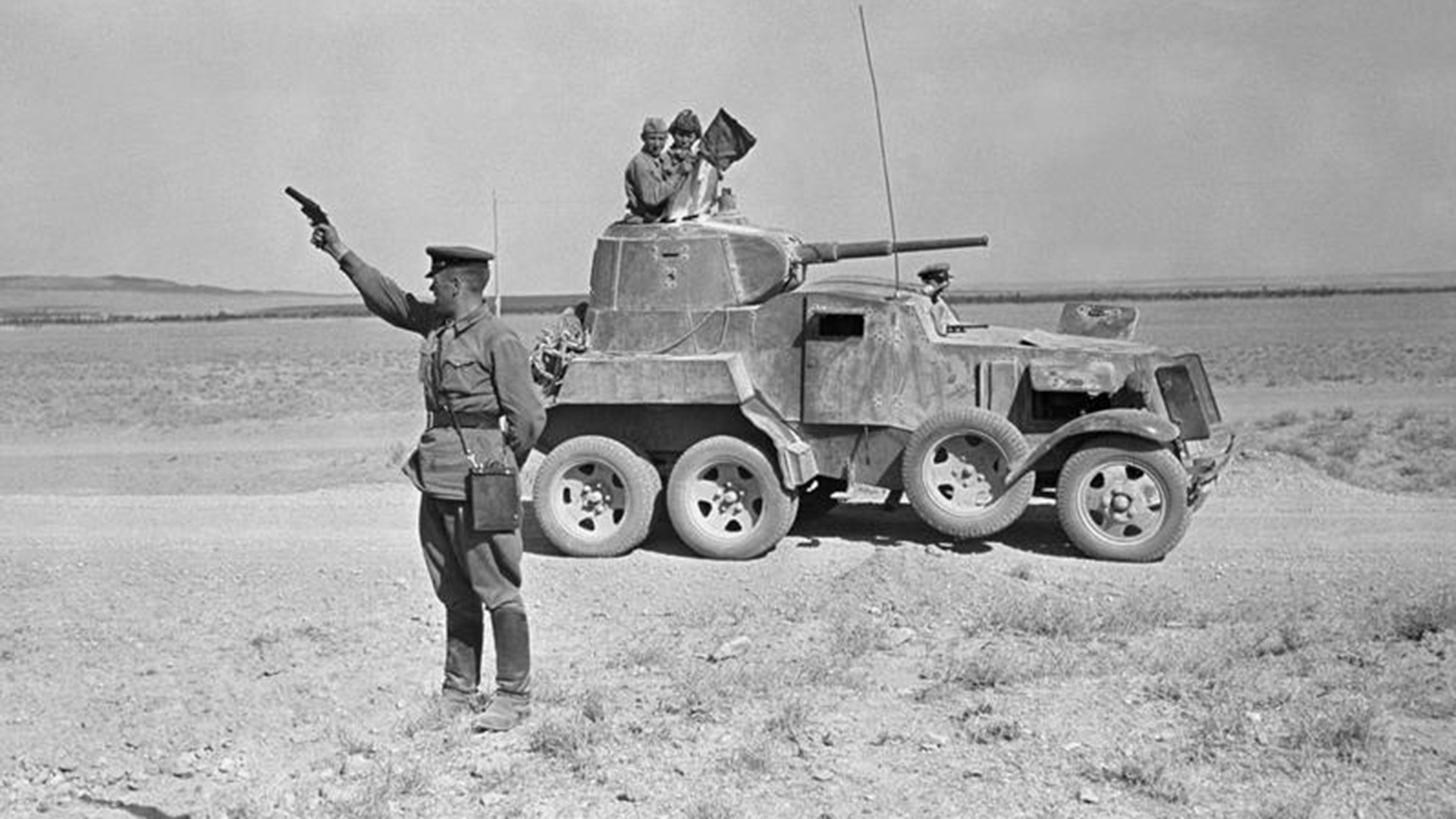 Iran caused much concern among the Allies. Despite its proclaimed neutrality, it adopted strong pro-German positions. The Third Reich had a colossal influence over Iranian politics and economics, and a large German intelligence operation was active in the country. All British and Soviet entreaties to expel numerous German citizens were refused by the Iranian leader Reza Shah Pahlavi. 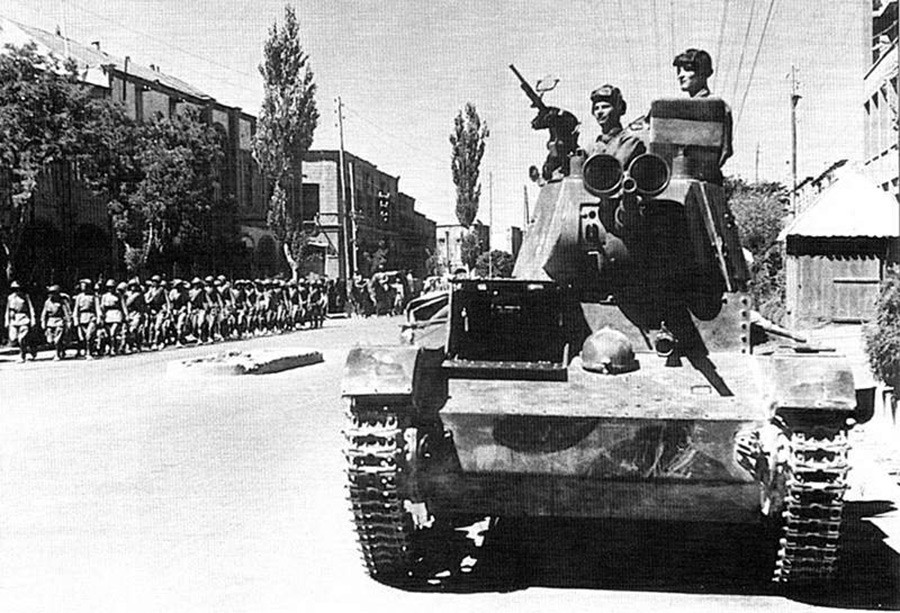 Such a situation was unacceptable, particularly because an important Lend-Lease route crossed Iranian territory, via the so-called Persian Corridor. To exclude any chance that Iran may assist - or even - join the Axis war effort - the Allies agreed to take the country under their own control until the end of the war. On August 25, 1941 Soviet and British troops launched a joint invasion of the country, dubbed Operation Countenance. 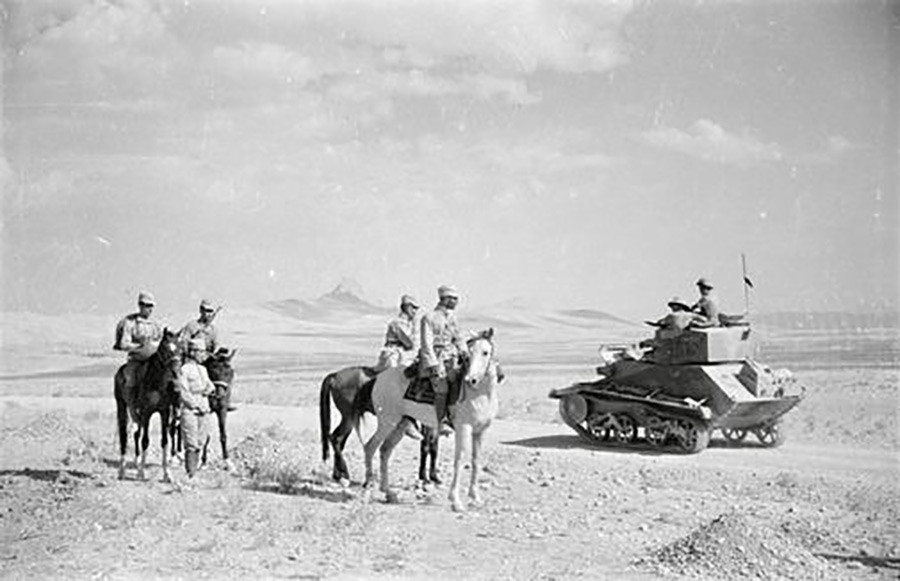 The Soviet Union found a legal reason for the invasion, and didn’t declare war on Iran. It referred to the 1921 Russo-Persian Treaty, where it was said: “If a third party should desire to use Persian territory as a base of operations against Russia, Russia shall have the right to advance her troops into the Persian interior for the purpose of carrying out the military operations necessary for its defense.” 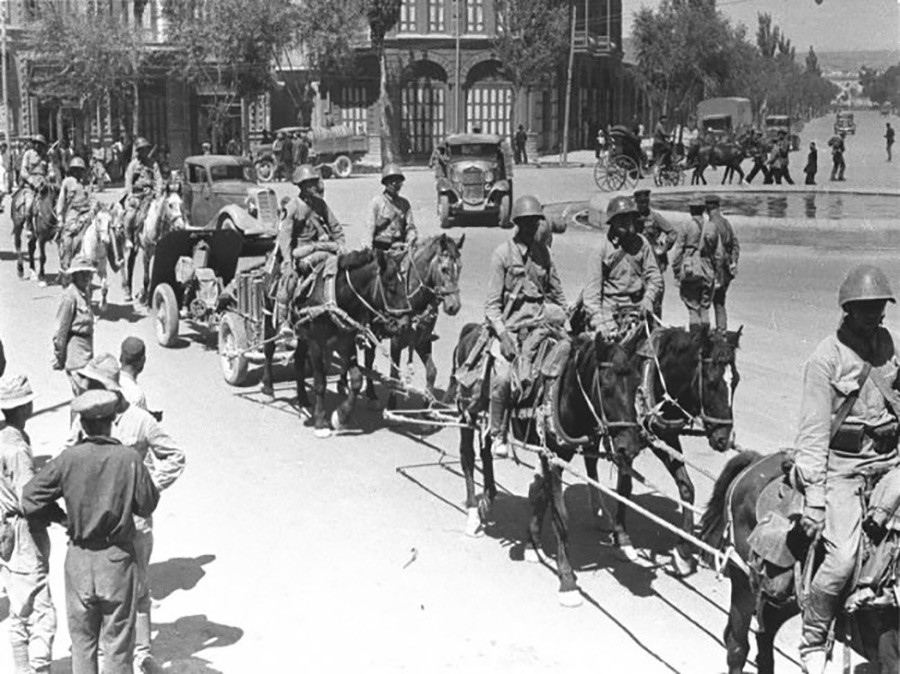 The unexpected Soviet and British invasion with air landing parties in the enemy rear and the absolute dominance of Allied aviation in the skies left few chances for the outnumbered Iranian army. Trying to resist in first days, Iranians soon switched to chaotic flight and surrender en masse. 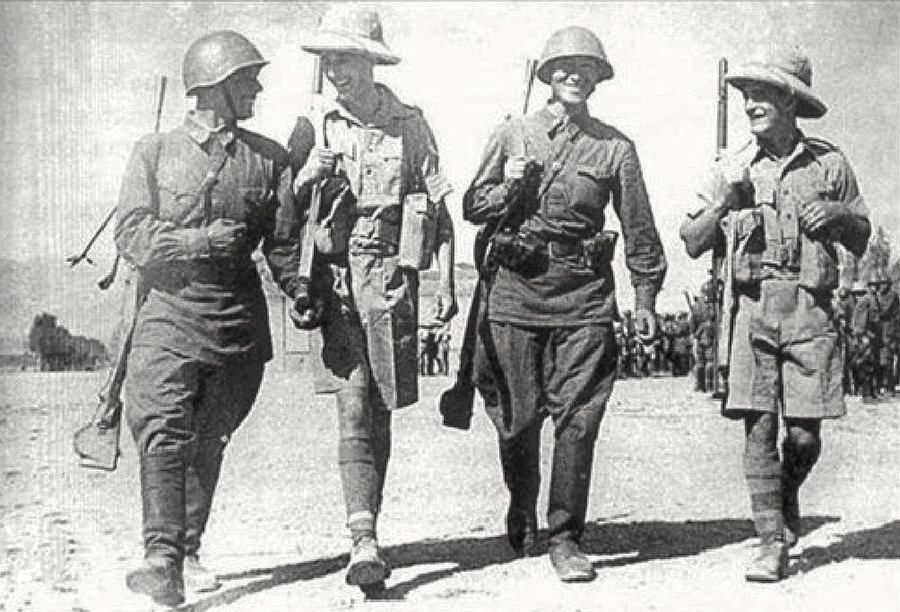 Seeing its army suffering defeats on all fronts, Iran’s leadership ordered its troops to lay down arms on 29 August. The next day, British and Soviet troops met in Sanandaj. On 31 August they shook hands in Qazvin, just 100 miles from Tehran. 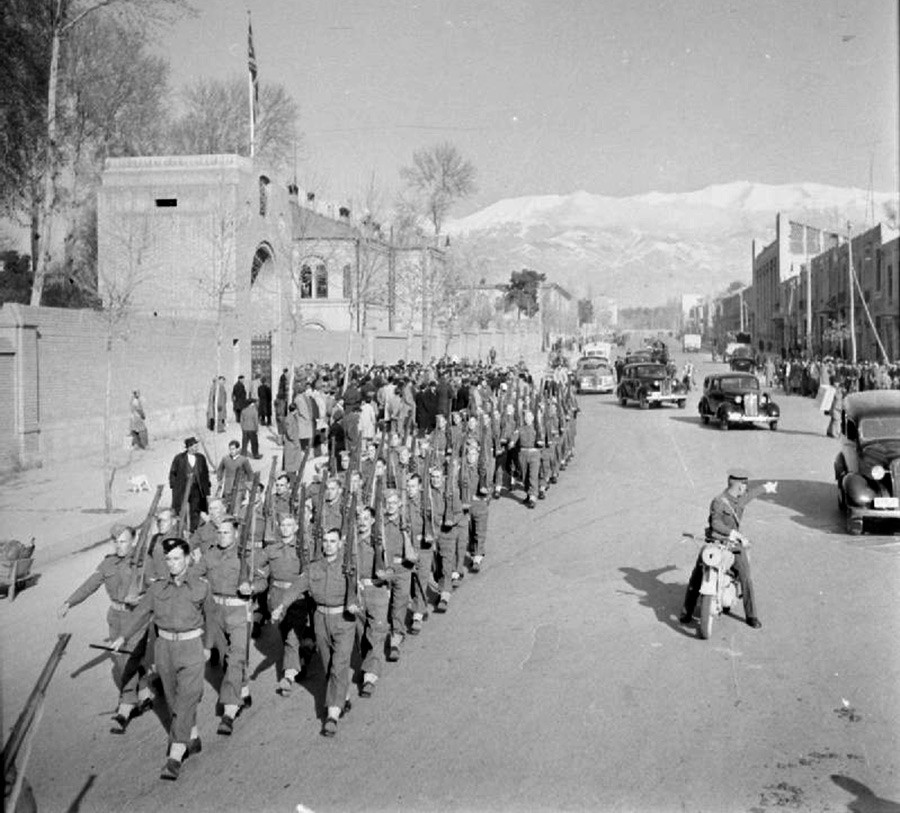 On September 15, Allied troops entered Tehran, where they held a joint military parade. The whole campaign cost Soviets 40 and British 22 dead. The Iranians lost over 800 troops, and 200 civilians were killed during Allied bombings of Iranian cities. 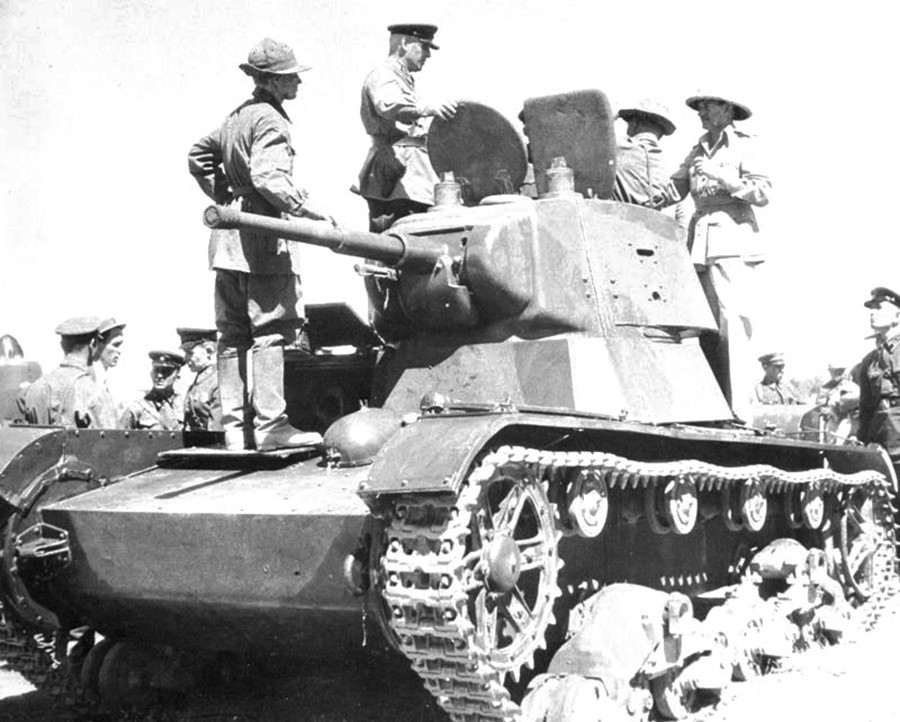 Soviet troops occupied the northern part of the country, and British its southern and south-western parts, and Iran got a new leader. Reza Shah Pahlavi abdicated in favour of his son Mohammad Reza Pahlavi, under whose guidance the country declared war on Germany. This allowed the smooth functioning of the Persian Corridor and, later, the hosting of the conference of Allied leaders in Tehran in 1943. 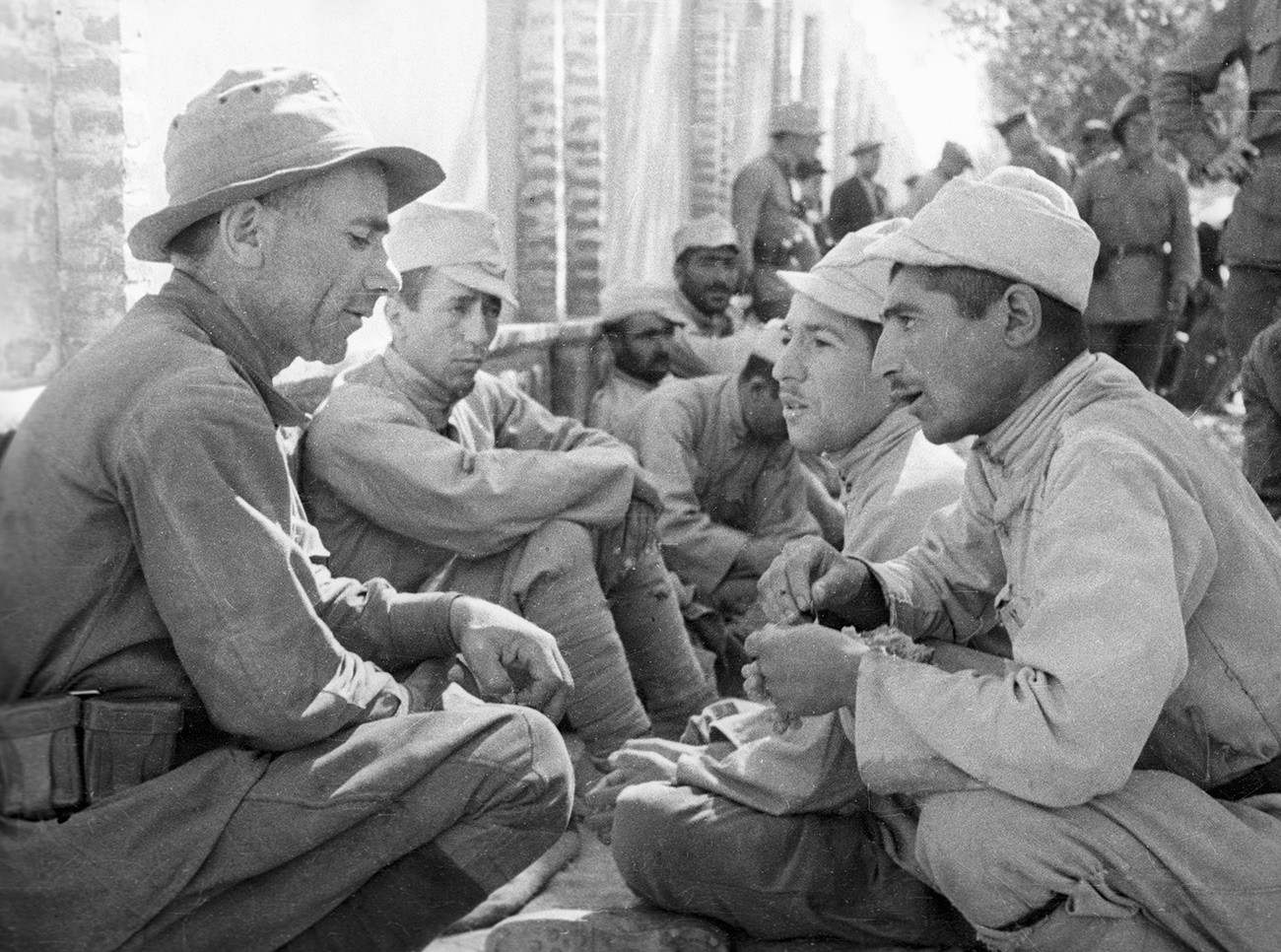 The Red Army man talks to a soldier of the Iranian army, which laid down arms.

It was decided that the Allies would leave Iran six months after the war’s end. And while Great Britain evacuated its troops in time, the Soviets weren’t in such a hurry. Stalin organized the creation of several puppet states - the People's Republic of Azerbaijan and the Kurdish Republic of Mahabad - in northern Iran with the intention of later annexing them. 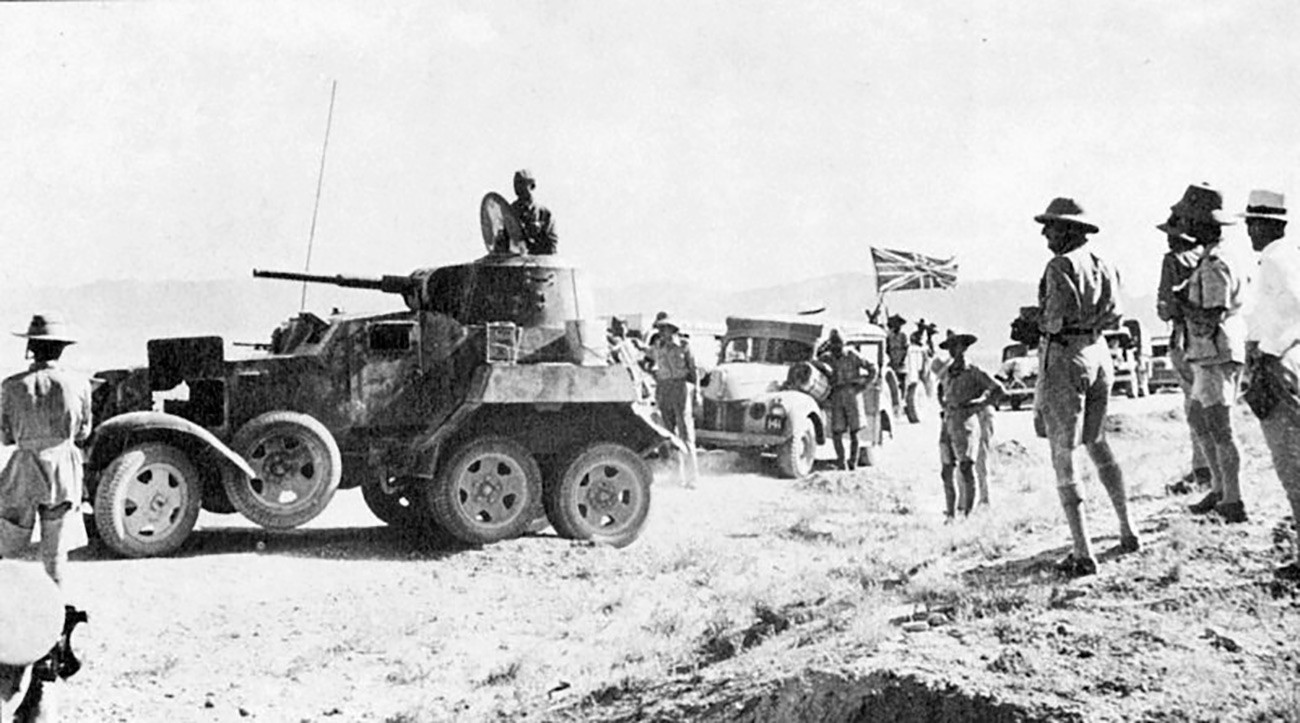 This move provoked a massive diplomatic backlash from the west and the United Nations, which finally forced the Soviet Union to fall back and abandoned the puppet states to their fate. Soon the Iranian army regained control over the country’s northern territories.