How did Armenia become a part of the Russian Empire? 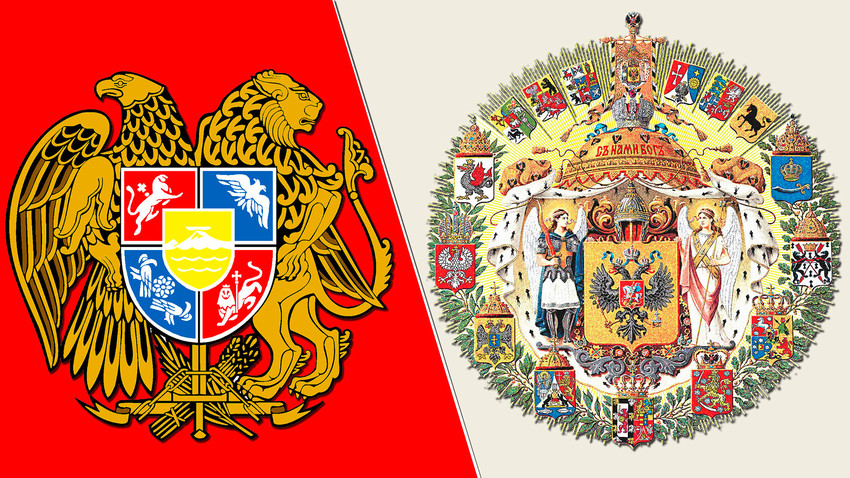 Arman Militosyan (CC BY-SA 4.0); Barbe Igor (CC BY-SA 3.0)
At the beginning of the 19th century, the Russian Empire helped the Armenian people to withstand the aggression of Persia (Iran) and the Ottoman Empire by inviting the Armenian lands to become part of Russia.

Armenia is located in the region between the Caspian and the Black seas, where since pre-Christian times, conditions were tough: several ethnic groups fought for this territory. It borders Turkey, Georgia, Azerbaijan, and Iran.

How old is the Armenian state? 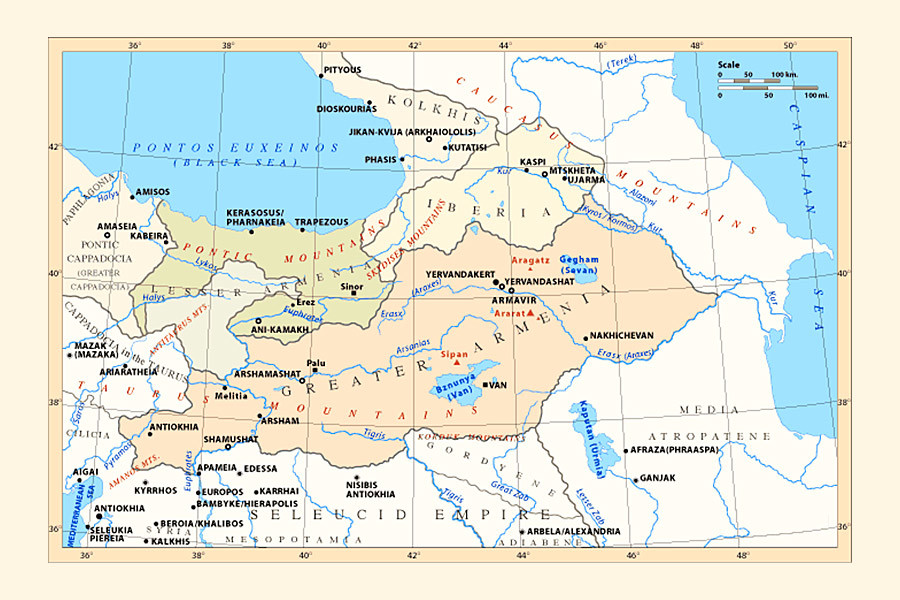 The territory of Great Armenia

Armenia is one of the oldest states in the region, hereditary to the ancient state of Urartu. The first independent state, Great Armenia, governed by the Orontid dynasty, existed as early as the 4th–3rd centuries BC and was subdued by the Roman Empire in the 1st century BC. Since then, Armenian territory has been divided and conquered by various enemies – Persians, Arabs, Turks, and others. Armenia was the first state ever to adopt Christianity as its official religion in the 4th century AD. Throughout the county’s turbulent history, Armenians have migrated to various parts of Caucasus and Europe.

What happened to Armenia in the Modern Era? 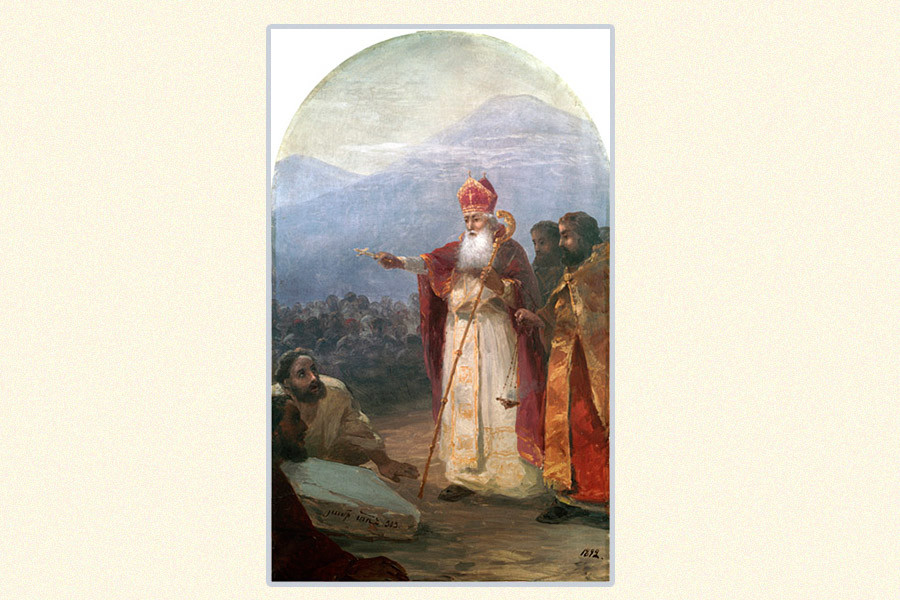 "The Baptism of the Armenian People. Gregory the Illuminator" by Ivan Aivazovsky

Since the 16th century, Armenian lands have been the battleground for the rivalry between Turkish and Persian states. In the mid-16th century, Eastern Armenia became a zone of Persian influence, and Western Armenia was controlled by the Turks, but only for a while.

Persia made Armenia a satellite state inside Persian borders, while the Turks conquered ‘their’ part of Armenian lands. In the 17th century, great numbers of native Armenians living in the ‘Persian’ part were forcibly relocated to the inner territories of Persia. By the late 18th century, Armenians had started liberation uprisings against Persian rule. That’s when the Russian Empire entered the equation.

How did Armenia join the Russian Empire? 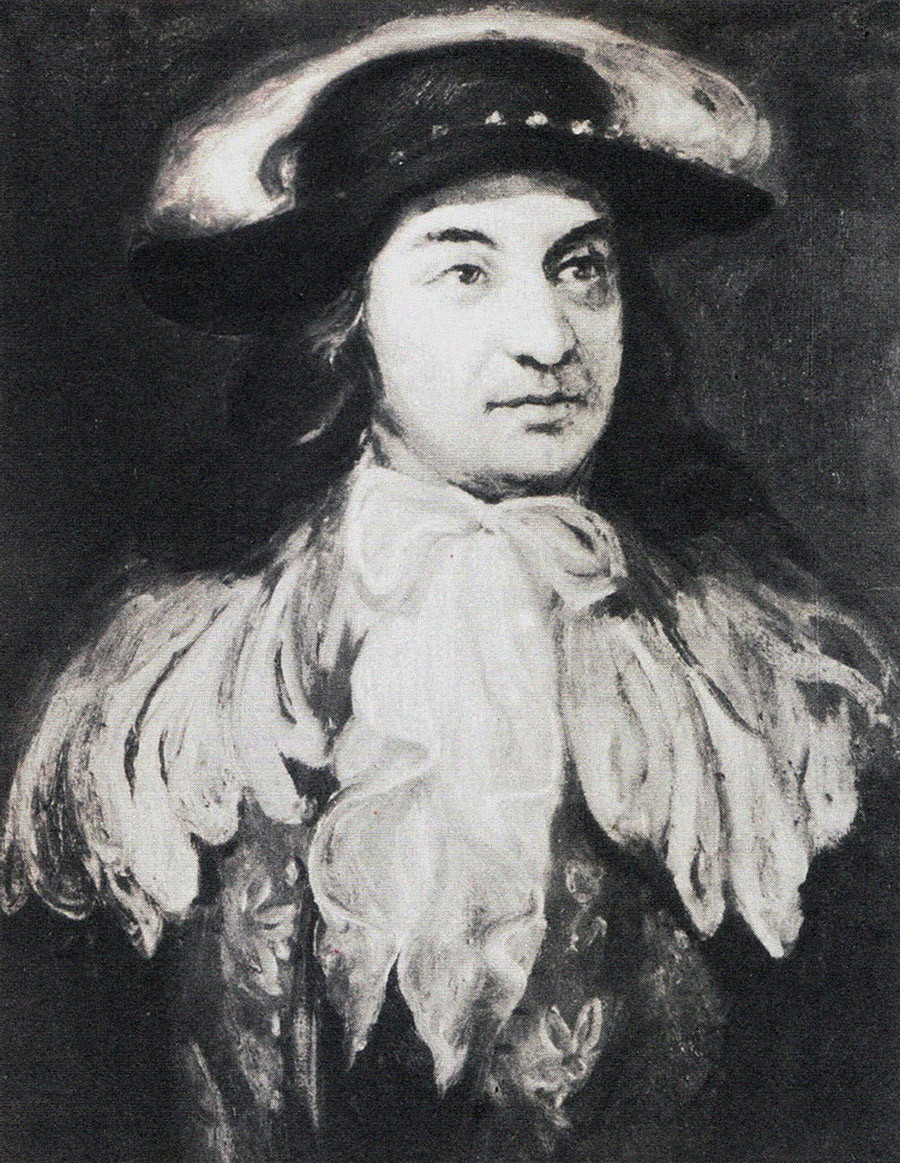 Nader Shah (1688-1747), one of the most influential rulers of Persia, conquered the Georgian territories of Kartli (Iberia) and the Kingdom of Kakheti. After Nader Shah’s death, these territories were united as the Georgian Kingdom of Kartli-Kakheti. In 1783 under the Treaty of Georgievsk, a protectorate of the Russian Empire over Kartli-Kakheti was established. For Armenian people, it showed how they could join the Russian Empire to protect themselves from further Persian conquests.

Even earlier, in 1701, famous Armenian politician Israel Ori (1658-1711) went to Moscow to ask Peter the Great to help the Armenian lands gain independence, but, although Peter agreed to do this, Ori couldn’t accomplish his mission – he died in 1711 under mysterious circumstances. But when in 1801, the Kingdom of Kartli-Kakheti was made a part of Russia following the decision of Alexander I, some ethnic-Armenian territories that were parts of Kartli-Kakheti, also became Russian.

Russia needed this move to oppose the aggressive political stance of the Persian state that wanted control over the Caucasian region. Emaciated by constant Persian invasions, Armenians desperately needed to join the Russian Empire, a Christian state that didn’t want the Armenian people to change their religious beliefs and traditions. At the same time, Armenians who were living in the Western parts of the region, officially belonging to the Ottoman Empire, suffered constant harassment from the Turkish government.

The Russian-Persian war of 1804-1813 broke out as a result of the joining of the Kingdom of Kartli-Kakheti to Russia – Persia (Iran) wanted the kingdom back in its sphere of influence. Russia won this war decisively. Under the Treaty of Gulistan (1813), the territory of Dagestan, eastern Georgia, most of the territory of the present-day Republic of Azerbaijan, and parts of northern Armenia were taken from the Persian state and joined the Russian Empire. 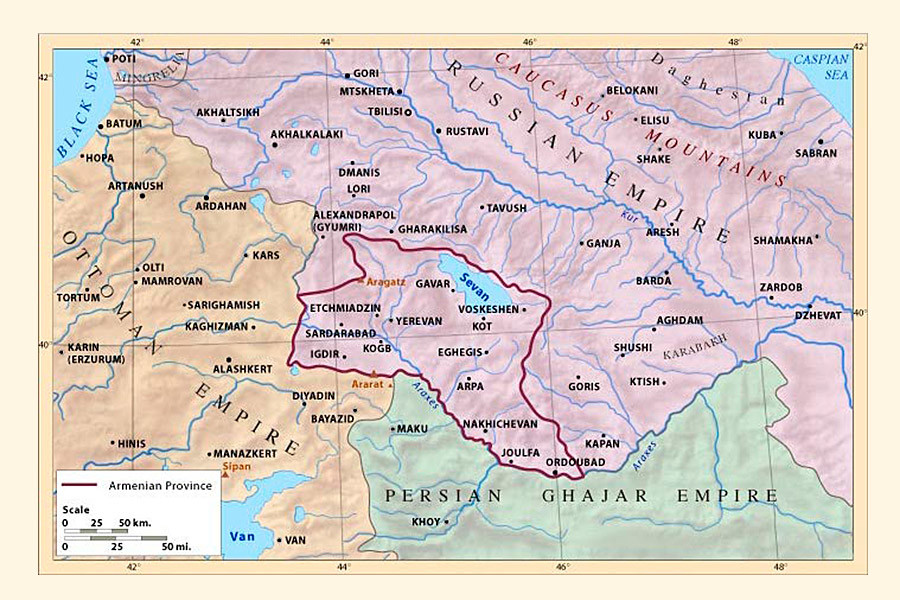 Armenian Province in the Russian Empire

Soon, however, a new Russian-Persian war of 1826-1828 broke out, ending again with the victory of the Russian Empire. Under the Treaty of Turkmenchay between Iran and Russia, Eastern Armenia, Erivan Khanate, and the Nakhichevan Khanate joined Russia. In 1828, the Armenian Province was created as a part of the Russian Empire, and the relocation of Armenian people from Iran and the Ottoman Empire back to their native lands started at the initiative of Russia. This marked the beginning of the cultural renaissance for Armenia.

Later, the Armenian province became a part of a larger Russian Caucasus Province — with the center in Tbilisi, this region, designed by Russia, comprised Georgian, Armenian, Azerbaijani and other Caucasian states. Although providing protection from Iranian and Turkish conquests, Russia still forcibly insisted that Russian was studied in local schools, and moreover, the region was governed by Russian administrators, mainly military men. This fueled further protests of the Armenian people, now against Russian rule — although relative peace in the region was maintained until the end of the 19th century.