Were there any elections in the USSR? 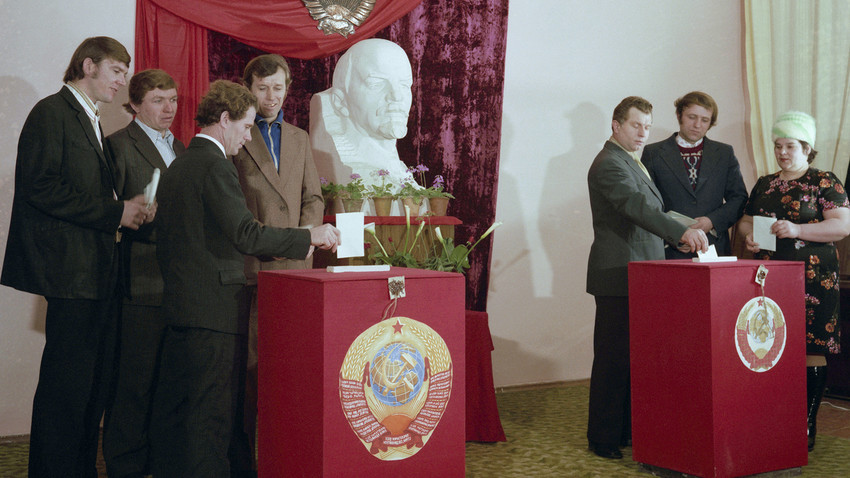 Roman Azriel/TASS
Elections in the Soviet Union were always akin to public celebrations, where people danced and where food and deficit goods were in abundance.

It’s somewhat surprising that the Soviet one-party system had elections at all. But it did. Since the new Soviet constitution, adopted in 1936, had established a legislative body called the Supreme Soviet of the Soviet Union, people were supposed to vote its members into office every four years.

And election day would often resemble a public holiday marked by mass celebrations.

Akin to other states, where political power was monopolized, the turnout of the Soviet elections was always exceptional: near 100%. Those who participated in the Soviet elections say there was no pressure to attend. Instead, people went to vote voluntarily, because they considered demonstrating their faith in the system their duty, but also because they were subtly incentivized to attend by the authorities. 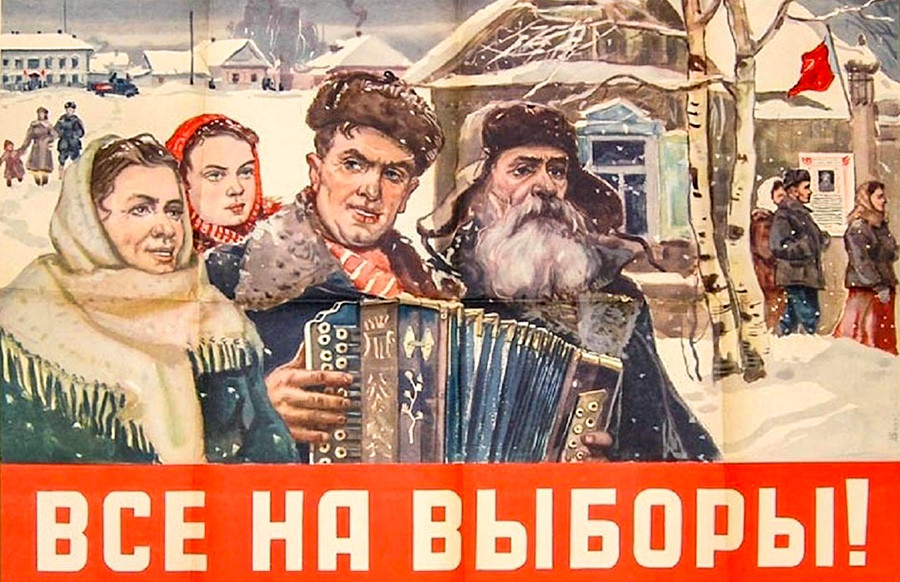 Prior to elections, authorities always launched campaigns aimed to increase the turnout. Newspapers printed announcements of upcoming elections to inform people of the date. Soviet newspapers also flooded people with rather boring reports about preparations for elections. 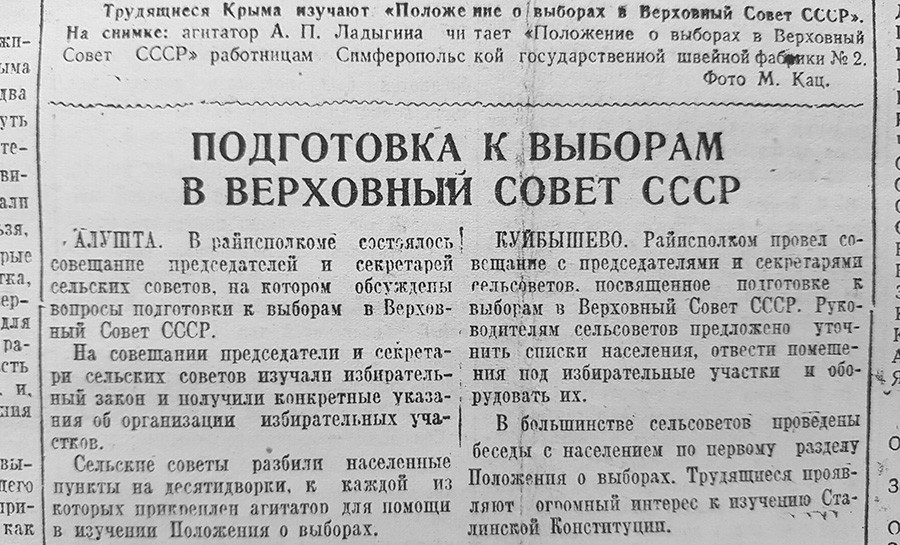 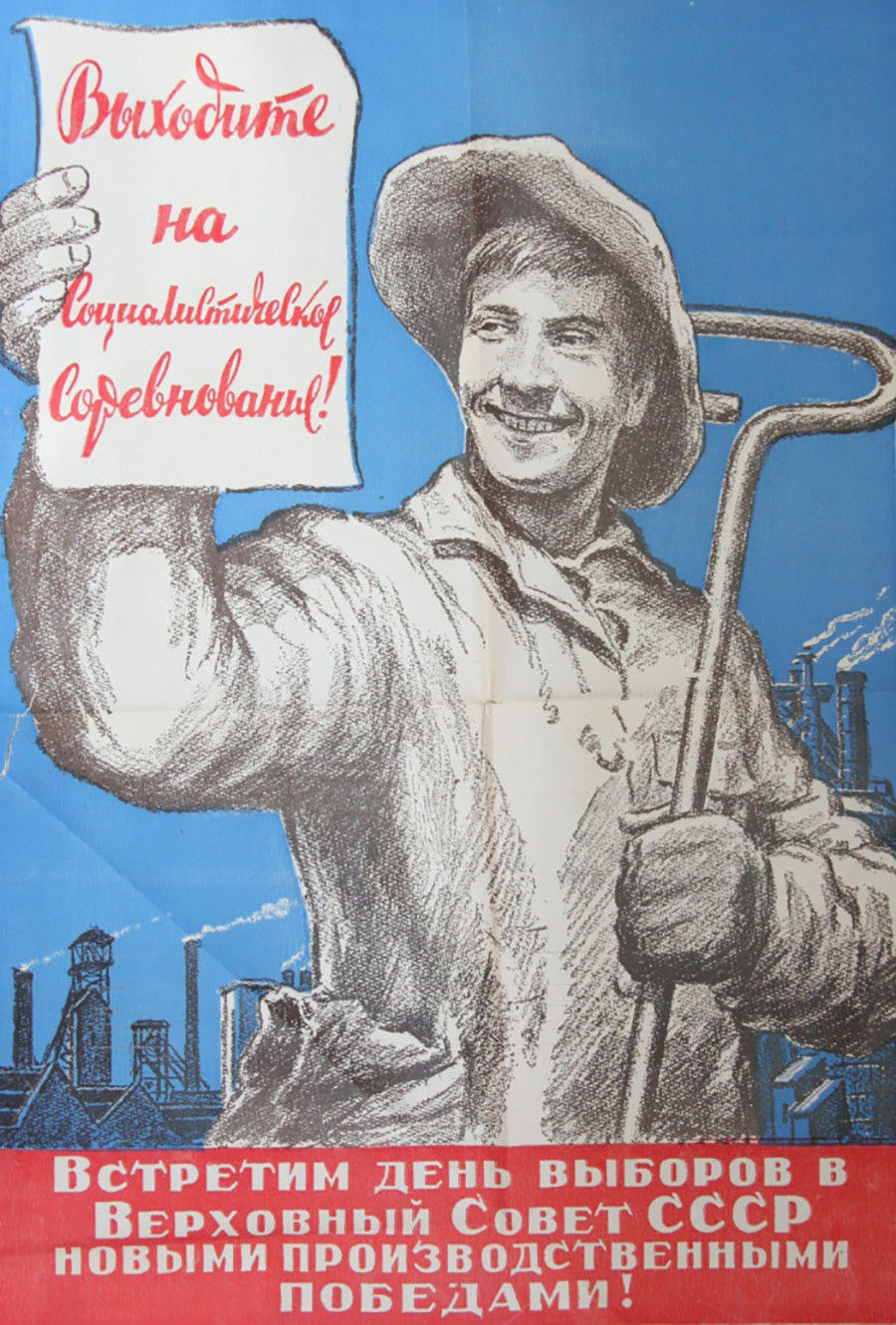 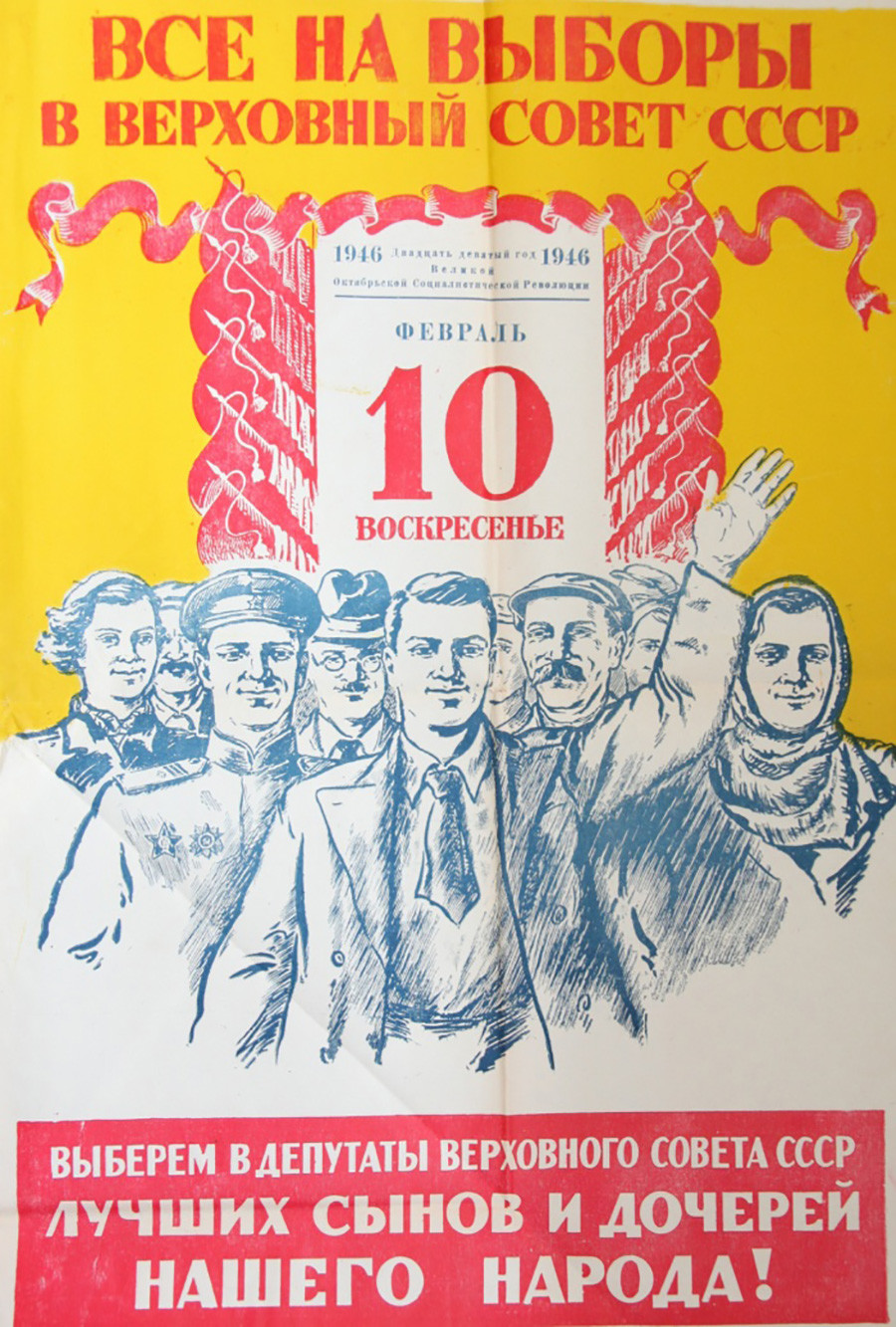 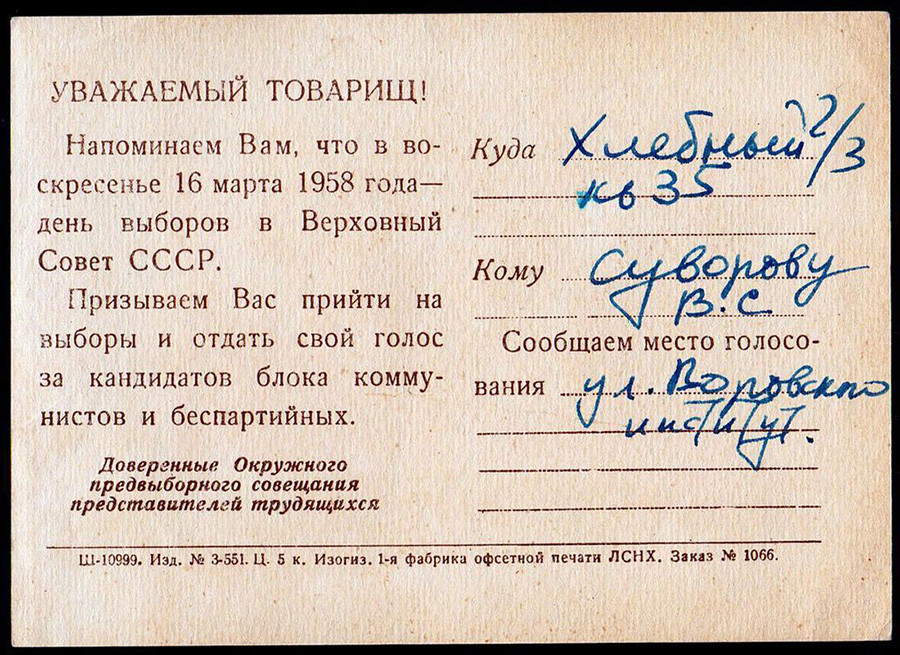 Judging by the massive turnout, the strategy worked. People would come to cast a vote together with family members and friends and often staged group photos to memorize the remarkable day. The environment at the voting stations was usually festive. 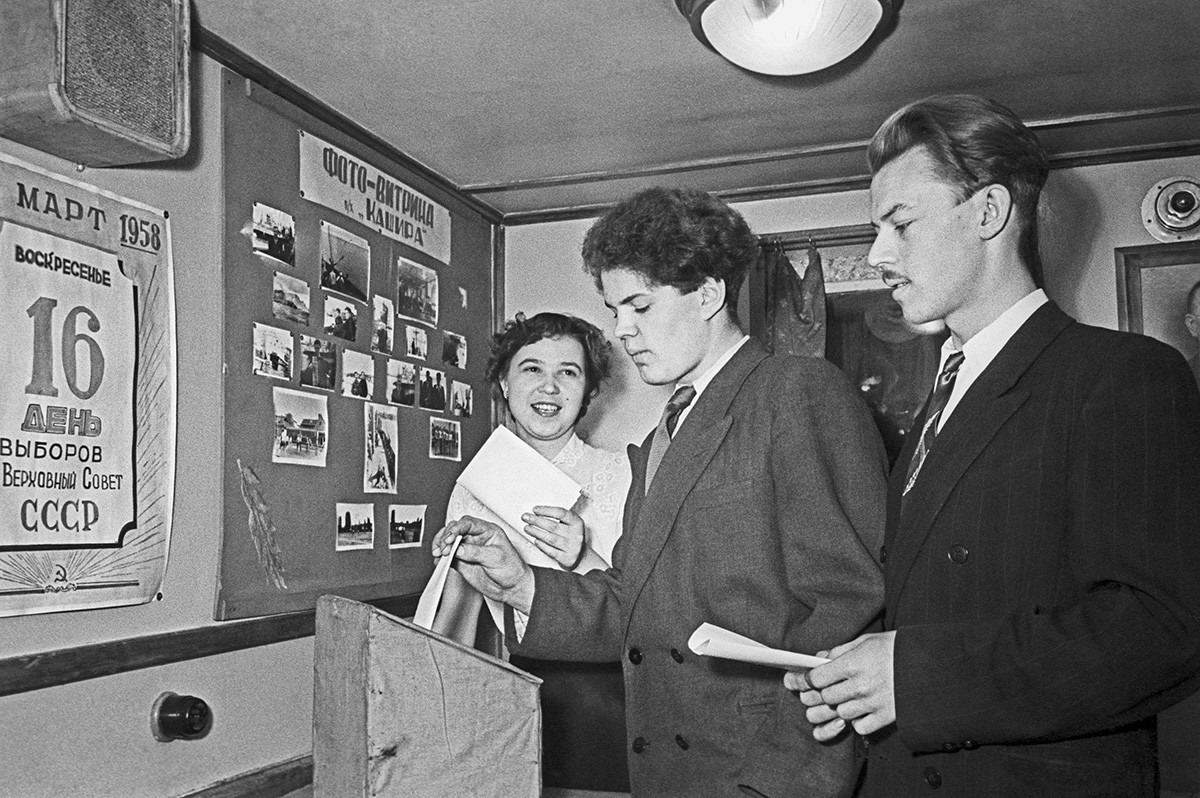 The elections to the Supreme Soviet of the USSR in 1958.

Music played and people would even dance at some of the voting stations. 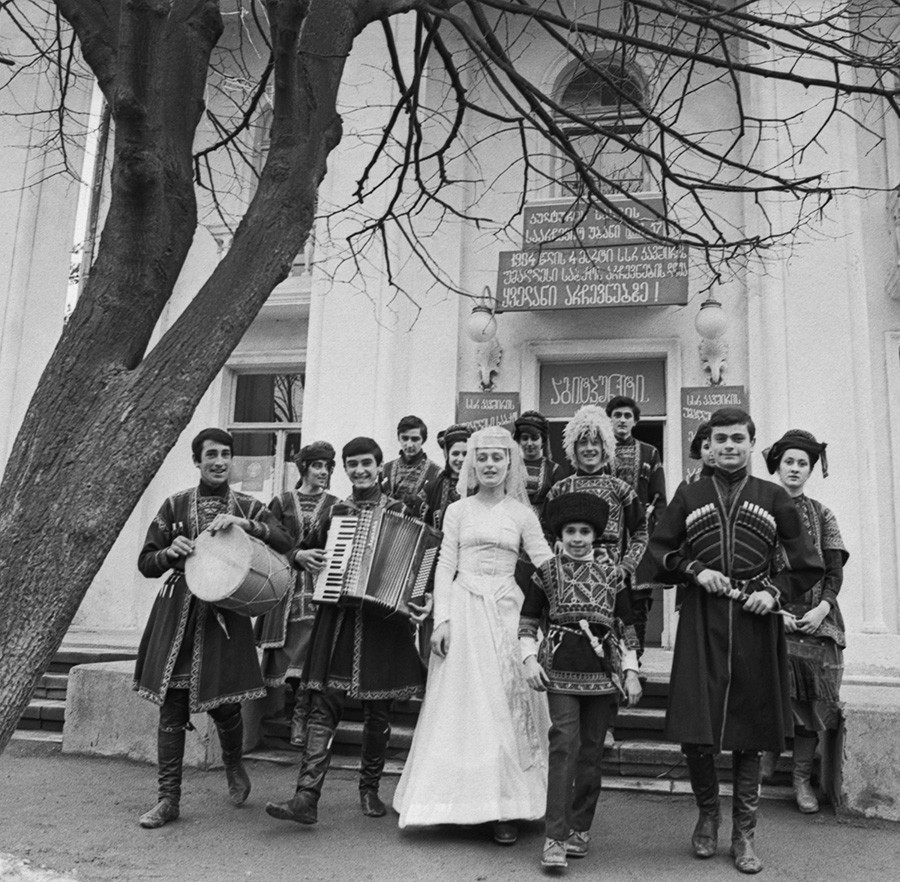 Artists perform for the voters at the polling stations in Georgian SSR, March 4, 1984.

“We always went to vote first thing in the morning, because at the voting stations, you could buy deficit goods like oranges, cake, pastries and also some rare books that were otherwise impossible to buy and these were quickly sold out,” remembers Alexandra Goryushina, an 83-year-old woman who participated in Soviet elections.

Although the festive environment and deficit goods did their share in luring people to the voting stations, the prevailing majority of the Soviet citizens believed it was their duty to vote, as every vote at the non-alternative elections automatically became a vote of confidence in the validity of the communist system. 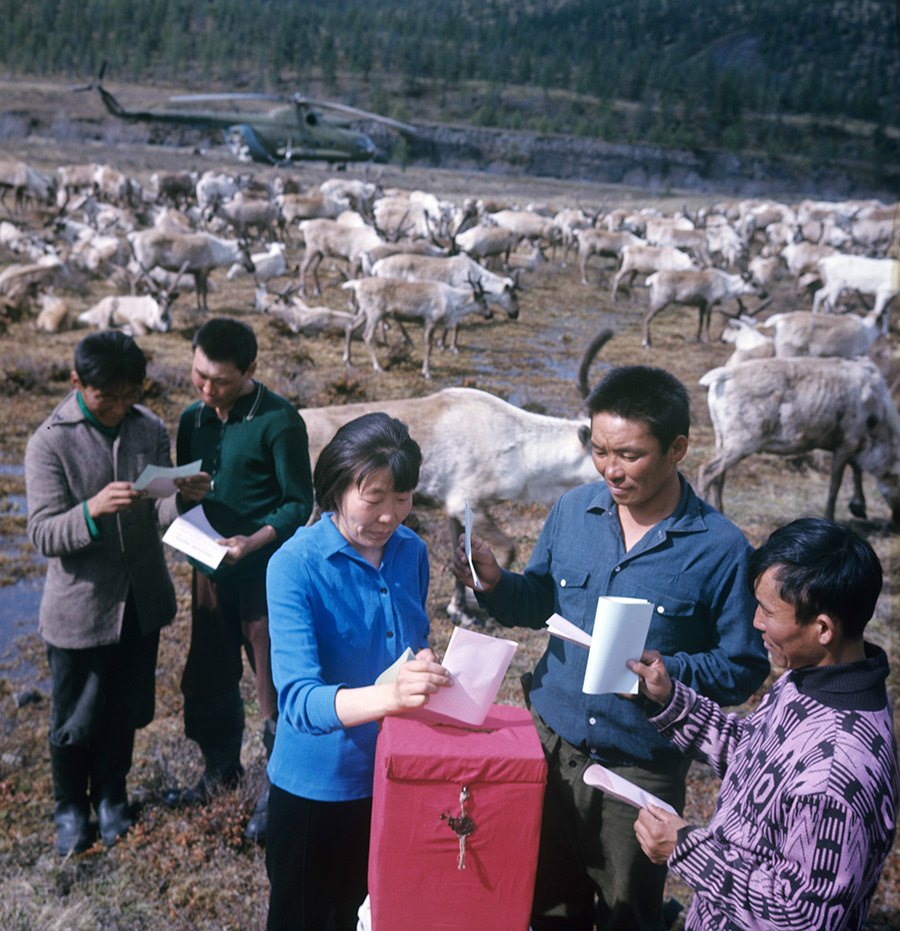 Elections to the Supreme Soviet of the USSR in a reindeer-breeding state farm, June 15,1975.

“People were coming to voting stations regardless of the opportunity to buy deficit [products and goods]. Some people wanted sausage, some didn’t. But everyone thought it was necessary to vote. It was a sacred [duty],” said Nikolay Bobrov who has participated in Soviet elections since 1971. 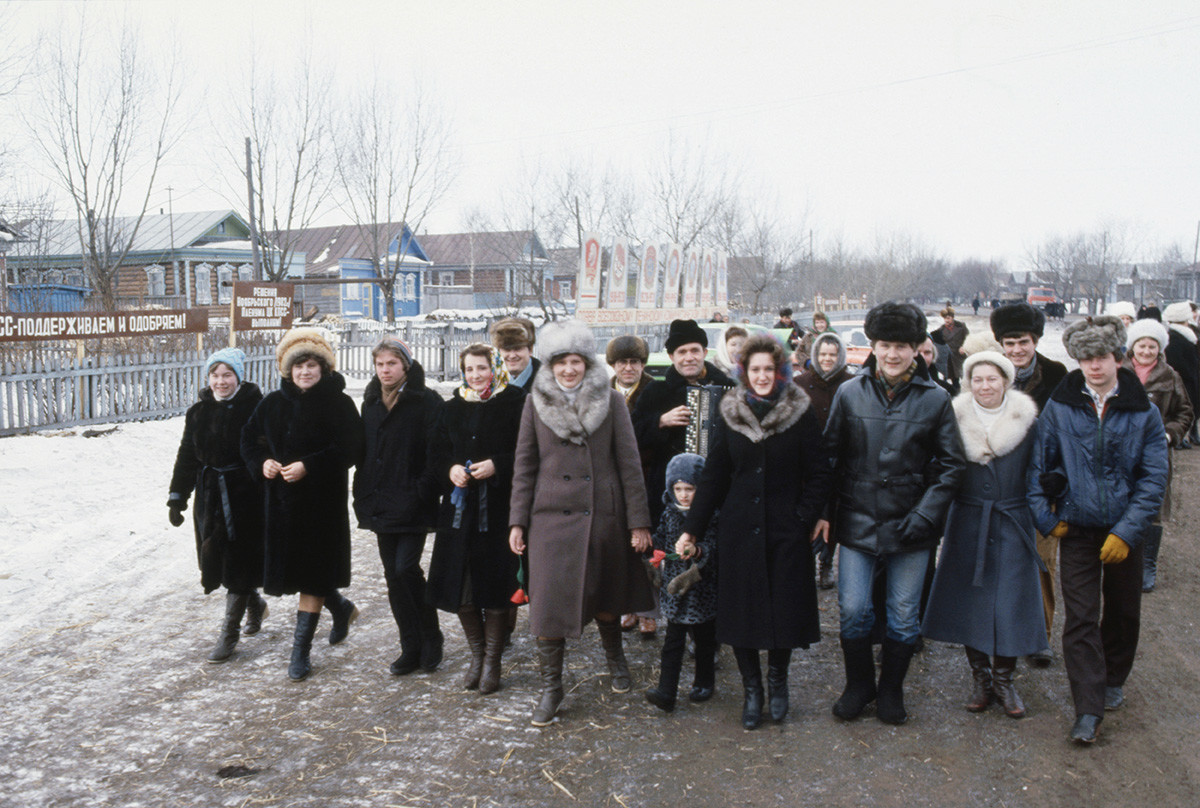 March 4, 1984. Workers of Tumanovskiy Collective Farm of Arzamas district of Gorky region go to the elections.

Even if someone did not like the idea of voting for already pre-approved candidates that faced no competition while running for an elected office, peer pressure forced them to cast a vote anyhow.

“My father, for example, did not like elections very much, but he went to vote [nonetheless],” said Bobrov.

There was no opposition in the USSR. The Communist Party of the Soviet Union (CPSU) was the only legitimate political force in the country. All citizens were expected to support it and any opposition to the party line was regarded as a sign of untrustworthy dissent. 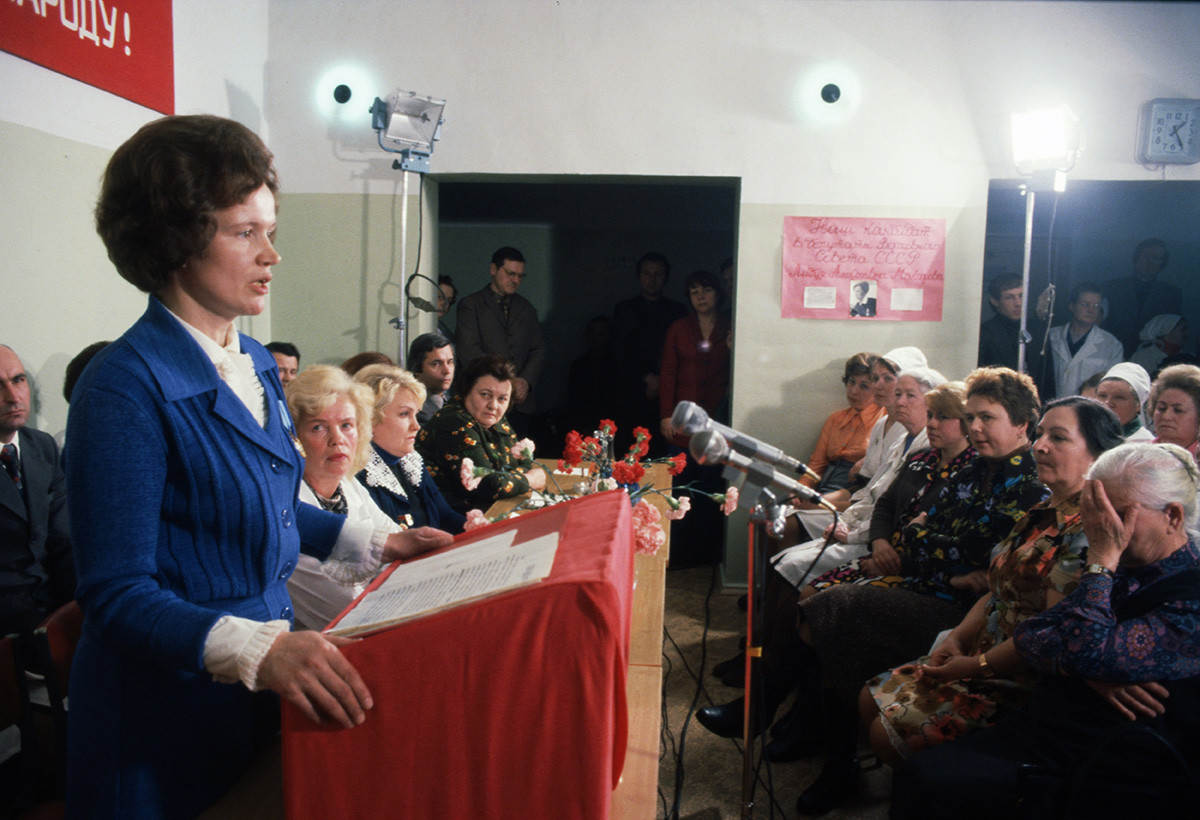 A candidate to the Supreme Soviet addresses Soviet people.

Most of the candidates ran on the CPSU’s platform, yet there were also formally independent candidates. Nonetheless, those also ran in alliance with the CPSU candidates and not against them.

In each electoral district there was only one candidate who ran on the platform of what was known as the “unbreakable bloc of Communists and non-party members”. 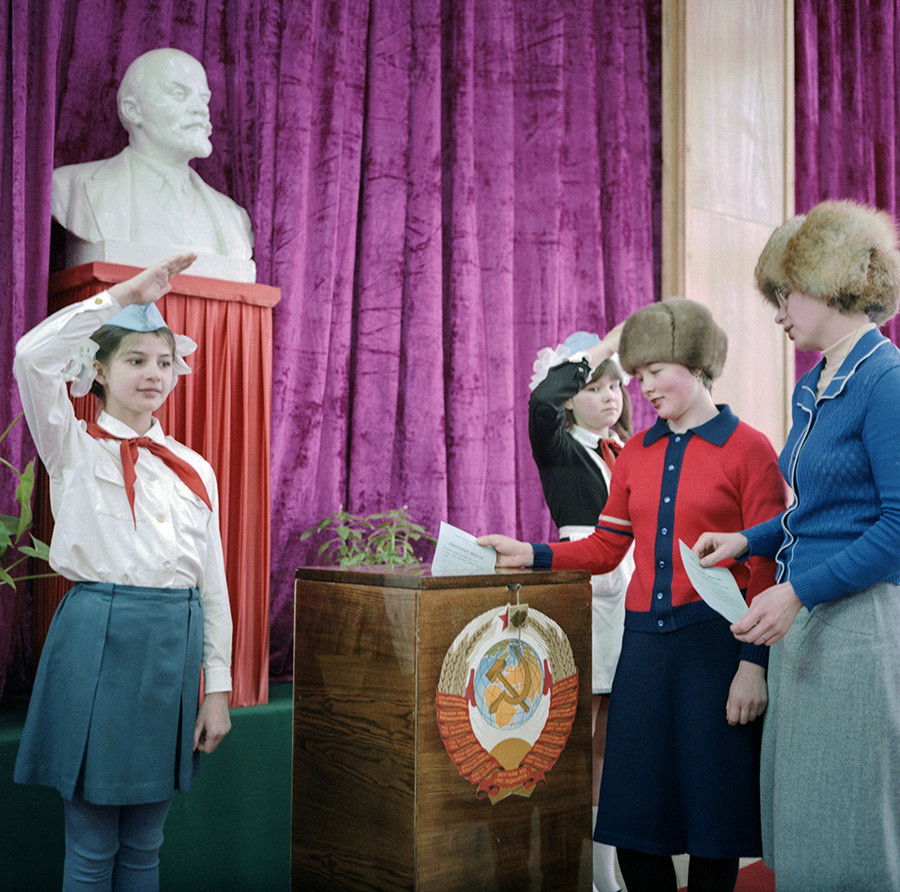 One was allowed to vote against the only candidate available, but to do so, a person had to use a polling booth, while a vote for the uncontested candidate could be cast by submitting a blank ballot (a process that didn’t require stepping in a polling booth).

Most people simply cast a blank ballot and those who entered polling booths were eyed with suspicion as potential dissidents.

Only after Mikhail Gorbachev introduced democratization measures in the Soviet political system by establishing a new legislative body, known as the Congress of People's Deputies in 1989, did the Soviet people have a taste of a competitive election process.

Click here to learn how Russian women won the right to vote.