Why was it so dangerous to live in Russia in the 90s? 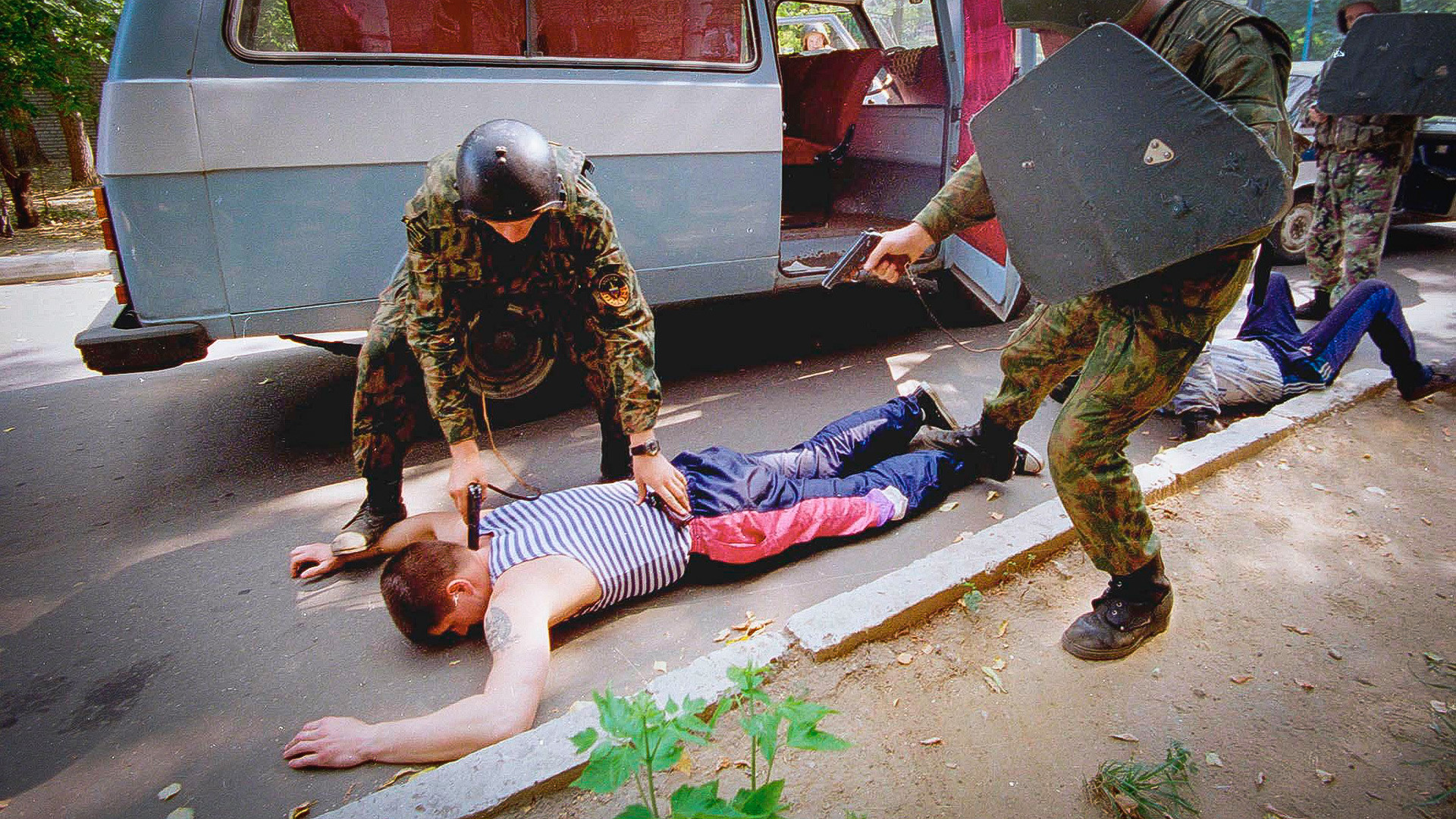 Getty Images
The country verged on anarchy and collapse. Laws were meaningless, might made right, and wealth walked hand in hand with Death.

Starting your own business or owning an enterprise was illegal in the Soviet Union. Those who tried to sell items bought from foreign visitors were ridiculed as “spivs.” They traded in anything: from jeans to vinyl records, from beauty products to U.S. dollars, illegally selling goods in short supply.

With the collapse of the USSR in 1991, all legal barriers were removed and yesterday’s spivs became a new class of entrepreneurs. There was a vast Russian market to be filled with imported goods, and fortunes were made at this time. Of course, where there is money there are those who want a cut without working for it.

You’ve seen them in films, and you’ll recognize them at first glance: gangsters wearing black leather jackets, slowly walking up and down the aisles of an outdoor market, chewing sunflower seeds, and extorting money from traders in exchange for “protection.” Those who didn’t or couldn’t pay were beaten or even killed.

The 1990s saw crime skyrocket as brigades of thugs ‘patronized’ cafes, outdoor markets and small businesses of all sorts. Criminal gangs had a hierarchy that they strictly adhered to, and they were often well connected, sharing their illegal earnings with powerful people in state agencies. The image of a gangster dressed in a black leather jacket remains one of the most enduring symbols of 1990s Russia.

The image of a feared and respected gangster was seen as an appealing path for troubled youths, many of whom suffered from bad childhoods that common at the time. Youngsters “played” gangsters: seniors controlled juniors, extorting money both regularly and randomly. “Any loose change? What happens if I search you and find some?” was a favorite line of a  at that time.

“In the 90s,  used to squat in public places and track down nonconformist teenagers. Once I bumped into them, they grabbed me by my long hair and smashed me against an intercom outside – this was the ‘innocent’ pastime we had back then,” remembers Vasiliy Sotnikov who was a teen growing up in the 1990s.

Rampant crime and growing competition among thugs was a great opportunity for some entrepreneurs. Karate gyms sprung up like mushrooms in every vacant basement. Taekwondo and Thai boxing were very popular. In many cases, this wasn't , but a training camp where criminal gangs recruited and honed their fighters. 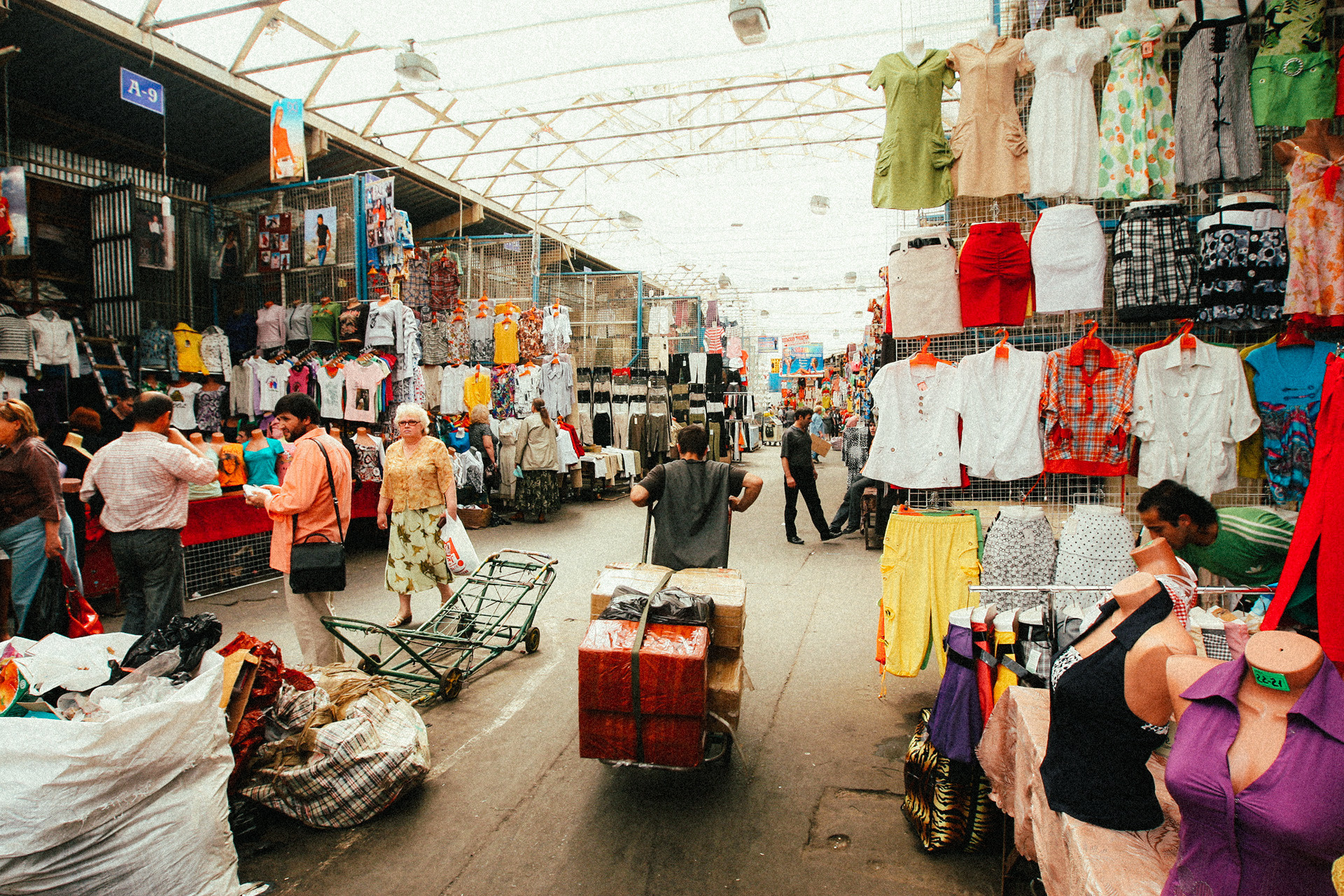 the authorities finally closed the legendary Cherkizovsky market in 2009, they discovered underground workrooms and flophouses. No one really knows how much illegal and unaccounted goods (and people) spread through Cherkizon into the country’s regions since 1990, but experts estimated that Russia’s state budget was losing billions of U.S. dollars annually. Needless to say, this place was a criminal hotbed in 1990s Moscow, where gangsters “protected” traders and controlled the flows of goods in the capital.

Anita Lebedeva, who was a kid in the 1990s, remembers her visits to the market where she saw many aisles filled with goods, most of which were sold on a questionable legal basis: “Every time I came to the Cherkizovsky market, I saw kilometers of clothes, shoes, lingerie, mixed with lines trading in food… mostly kebabs, which were exotic for Moscow at the time. Customers had no chance to try clothes on gracefully: in winter, we tried on boots standing on a piece of cardboard; and in summer, we tried on swimwear covered by a seller or another customer.” 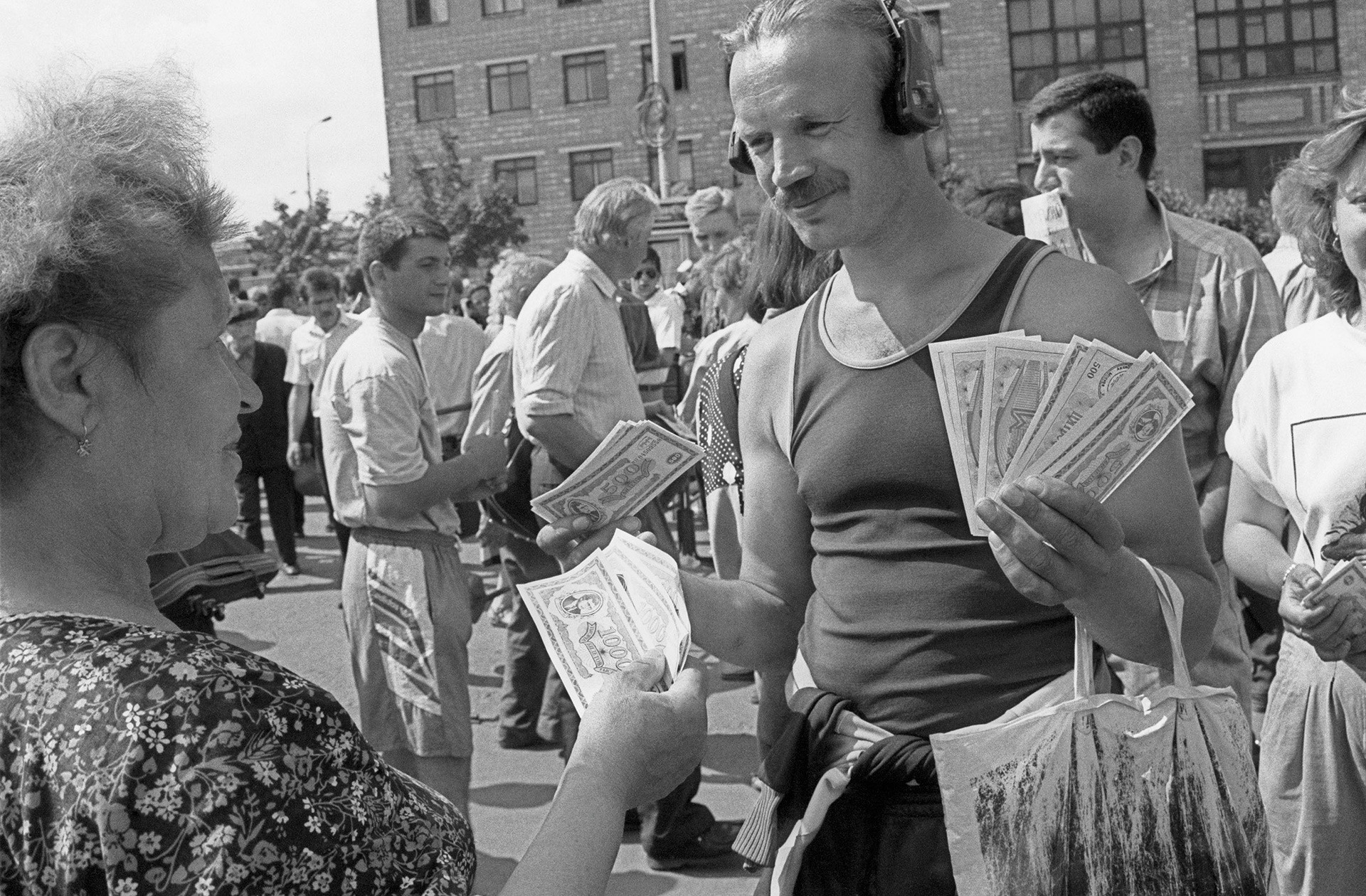 Others exploited people’s naivety. Russia in the 1990s was fertile ground for financial pyramids and religious cults. Millions were tricked into “investing” in Sergei Mavrodi’s infamous financial pyramid, MMM, with the help of aggressive TV ads. Needless to say, investors lost all their money.

Fraudsters applied their dubious schemes in many ways. “My parents invested most of their savings into Chara [a short-lived bank that gradually transformed into a financial pyramid] and lost everything,” said Alexey Bobanov, who still remembers the sad outcome even though a child at the time.

Religious sects followed suit. Unregulated by the government, they impoverished a myriad of naïve adherents.

Fraudulent lotteries were used to “hook” unsuspecting pedestrians. A lottery ticket was free, but it always happened that there were two winning tickets. The “lucky one” was talked into outbidding a fraudster’s accomplice and inevitably failed, losing both money and the prize. Games like these were called  and dubbed , a compound word consisting of ‘lotto’ and ‘fool.’

“Another type of scam worked like this: a respectable-looking person approached you and said that you had been selected to be part of an ad campaign for a large firm. He went on to say that you’d receive a valuable present, but to collect the item the unsuspecting victim had to pay a ‘tax.’ It was smaller than the announced price yet much higher than the fair price of the present. This is how they sold counterfeit items for five times their true value,” said Valentin Sibiryak, who witnessed all sorts of scams in the 1990s.

Living in 1990s Russia was like walking on a minefield, but some TV ads at the time were masterpieces.