7 crazy Russian TV ads that will blow your mind 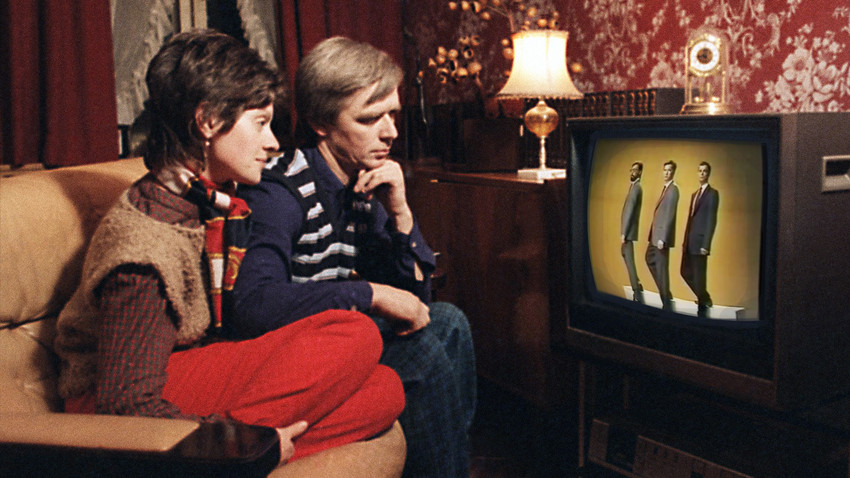 AP; Russia Beyond
A flying chandelier and young ladies dancing with a giant pen – some Russian TV ads from the 1980s and 1990s were absolute gems.

Amazons in colorful skirts carry a giant pen that resembles an intercontinental ballistic missile, an office clerk impersonates an Arab sheik, a strange man carries a giant wrench, and two Asians sing in a car… No, this is not a fragment from a newly recovered horror film; this is one of the finest TV advertisements ever made in the late Soviet era. Who can possibly resist buying a fan from a company with such an aggressive marketing strategy?

As if the first one wasn’t enough, the fan factory management decided to shell shock Russian audiences one more time with an even more epic sequel to this marketing masterpiece.

These people might not be savvy in branding and choosing a name for their product, but their directing talents effectively neutralize this particular weakness. In this psychedelic video filmed in the best traditions of David Lynch, a chandelier flies across the room as a woman touches a magical button. Somebody call special agent Cooper!

This rally on LADAs across the toughest terrain tried to convince American consumers that cars made in Russia are invincible monsters akin to the fiercest, most dangerous and graceful animals. Indeed, it sort of looks this way.

“Position number one – I relax; position number two – I want you,” sings a Russian army officer gently stroking the wheel of his new LADA as if it was the body of his female lover. In this ad for selling the Russian-made car, soldiers march and sing about how much they wish to own this “beauty.”

What to do if the desire to drink and eat strikes in the middle of the night? This was a silly question for any Russian man in the 1990s because he’d instantly go to the nearest “laryok,” a box-shaped kiosk where booze and basic goods were sold 24/7. This is exactly what this excited shaggy man and three young women are singing about. Nothing is better than a visit to the nearest TTT kiosk.

This strange 10-minute family saga tells the story of Lyenya Golubkov, an average Russian man of the 1990s who wants the best for his family; for example, to buy nice things for his wife, Rita. So, he invests in the financial company, MMM, and to his surprise he soon gets a handsome dividend.

His relatives don’t understand how it works, but Lenya explains in such a way that even a child understands. Filmed in an authentic manner, this infamous ad helps us to understand why so many people at that time were naïve and duped by this infamous financial pyramid that eventually collapsed leading to many people losing their money.

Click here to learn more about the MMM scam in Russia in the 1990s.