These churches were built in the atheistic USSR (PHOTOS) 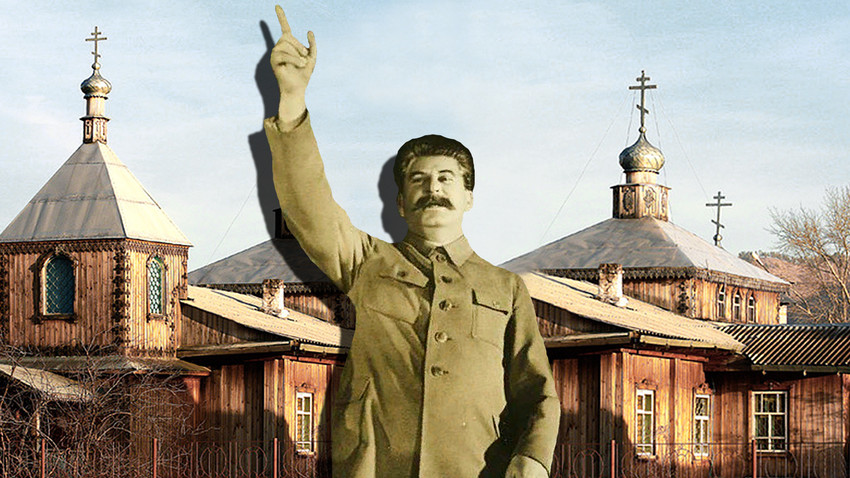 Abazy city administration; Ivan Shagin/MAMM/MDF
In Soviet times, many churches were destroyed or converted into warehouses, but there were cases when these same communist authorities allowed new churches. How and why did that happen?

Soviet authorities were known for their fierce fight against religiosity - Lenin and Stalin were building an absolutely secular state. Monasteries and convents were closed and converted into prisons; churches were blown up or adapted for economic needs. (Click here to find out how the Soviets used captured churches.)

Nevertheless, the construction of the Old Believer Church of St. Nicholas near Tverskaya Zastava (on the photo above), almost in the heart of Moscow, was completed in 1921. The Bolsheviks must have been too preoccupied with the Civil War at the time, and the church remained opened up until the beginning of World War II.

Several wooden churches were built in the second half of the 1920s in Pskov, Vladimir, Arkhangelsk regions. Many were later closed as places of worship, but their buildings have survived to this day. 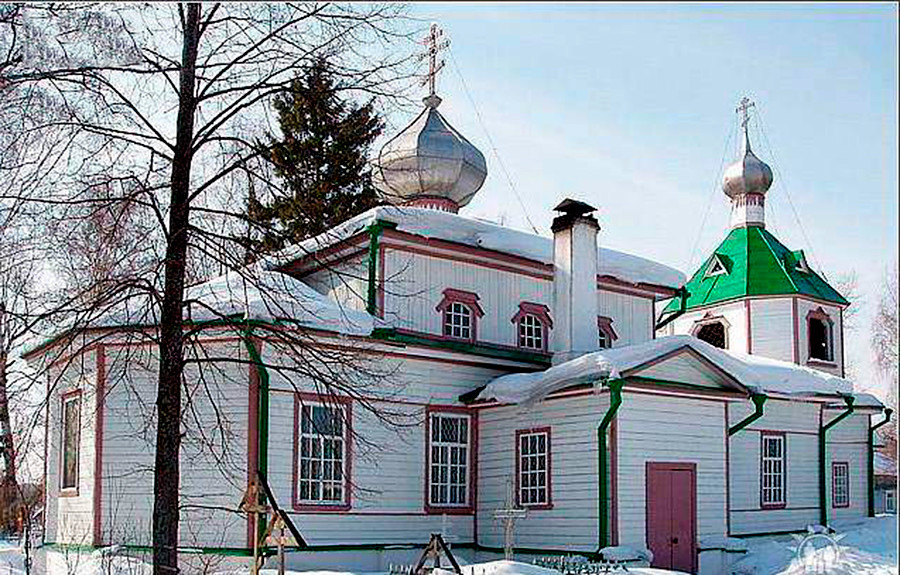 Church of St Paraskeva in Velikodvorye, Vladimir Region, built in 1924 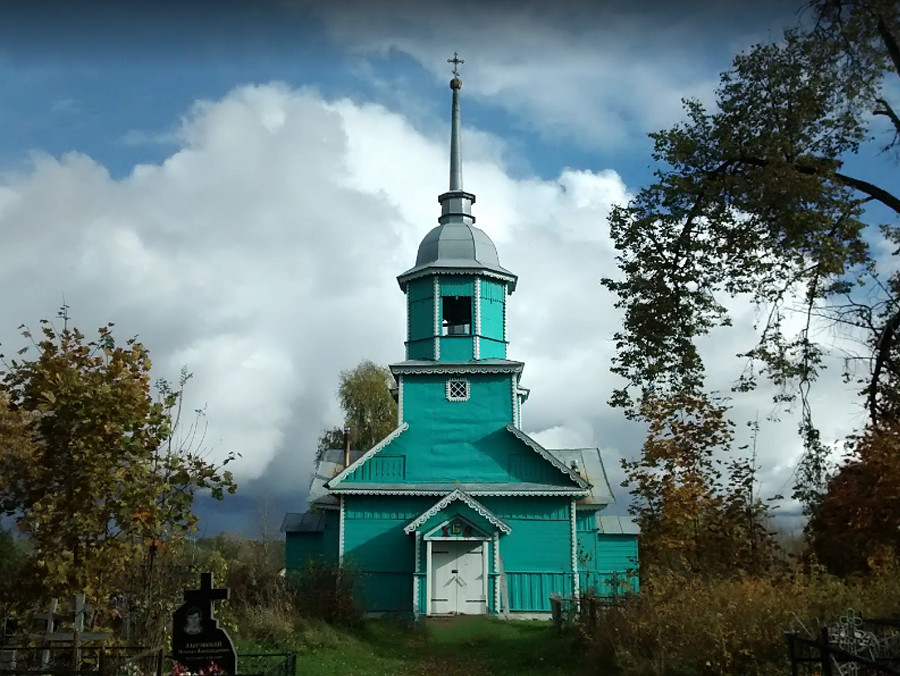 Church of Saints Florus and Laurus in Khredino, Pskov Region, built in 1925

This church (on the photo below), built in 1872 by the famous architect Nikolai Shokhin, was preserved probably because they thought it too beautiful to be demolished. The village of Lyublino in Moscow Region (now a district of the City of Moscow called Lyublino), where the church was located, became a site for a foundry and mechanical plant.

So, in 1927 the church was moved further from Moscow and reassembled in the village of Ryzhevo, also in Moscow Region. 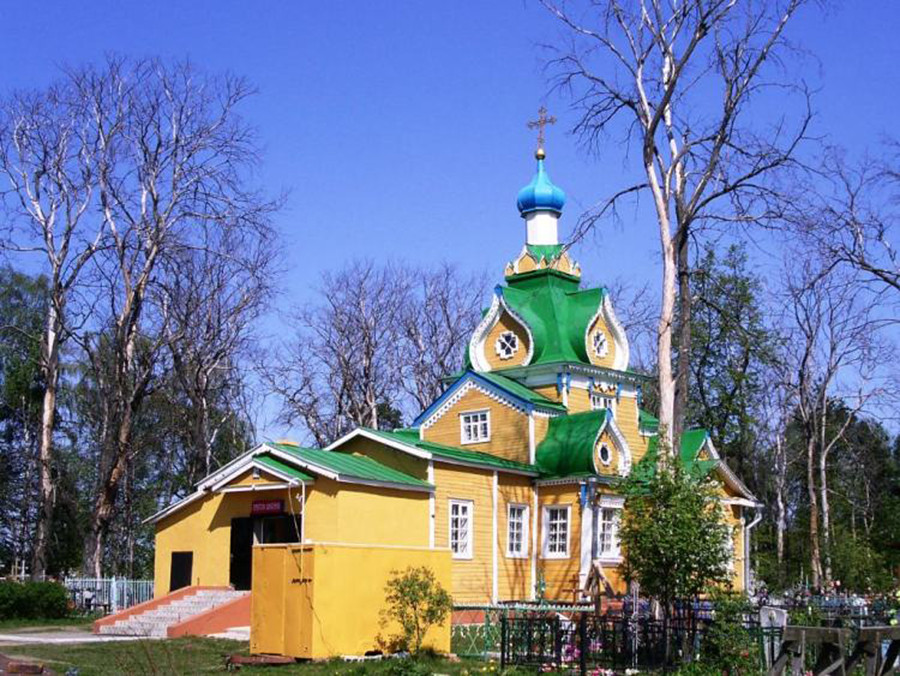 Church of the Presentation of the Virgin in the Temple, Ryzhevo, Moscow Region, originally built in 1872 and moved here in 1927

In the 1930s, no new churches were built, and existing ones were targeted in a campaign of persecution: their domes and bells were taken down and melted into ammunition, and their holy items were destroyed. Priests were killed or sent to prison camps by the Bolshevik authorities, and their children had to hide their origins, otherwise they could also be sentenced and exiled as relatives of ‘enemies of the people’. In the 1930s, more than 100,000 people were convicted for having an association with the Church.

Stalin was one of the most implacable foes of religion, and under his rule the original Cathedral of Christ the Savior in Moscow was blown up, as well as thousands of churches and monasteries closed. However, as somebody who studied in a seminary, Stalin understood how important religion was for people and maybe he himself was a believer, no one can say for sure. At the beginning of World War II, he rehabilitated the Russian Orthodox Church, allowing Easter services and processions of the cross, and even reopened some churches.

Most historians think his actions were driven by pragmatism: the move was aimed to boost people's morale during the war. In 1943, Stalin even had a meeting with religious leaders. At that meeting a Patriarch was elected, and an agreement was reached on cooperation between the Church and the Soviet government. (Click here to read more about Stalin's relations with the Church.)

Already in 1944 approval was given to build the Church of St. Simeon of Verkhoturye in the town of Saraktash in Orenburg Region. Soon, a religious community was formed there. In the 1960s, the church was closed, but in the 2000s a new Holy Trinity Cathedral was built in its place. 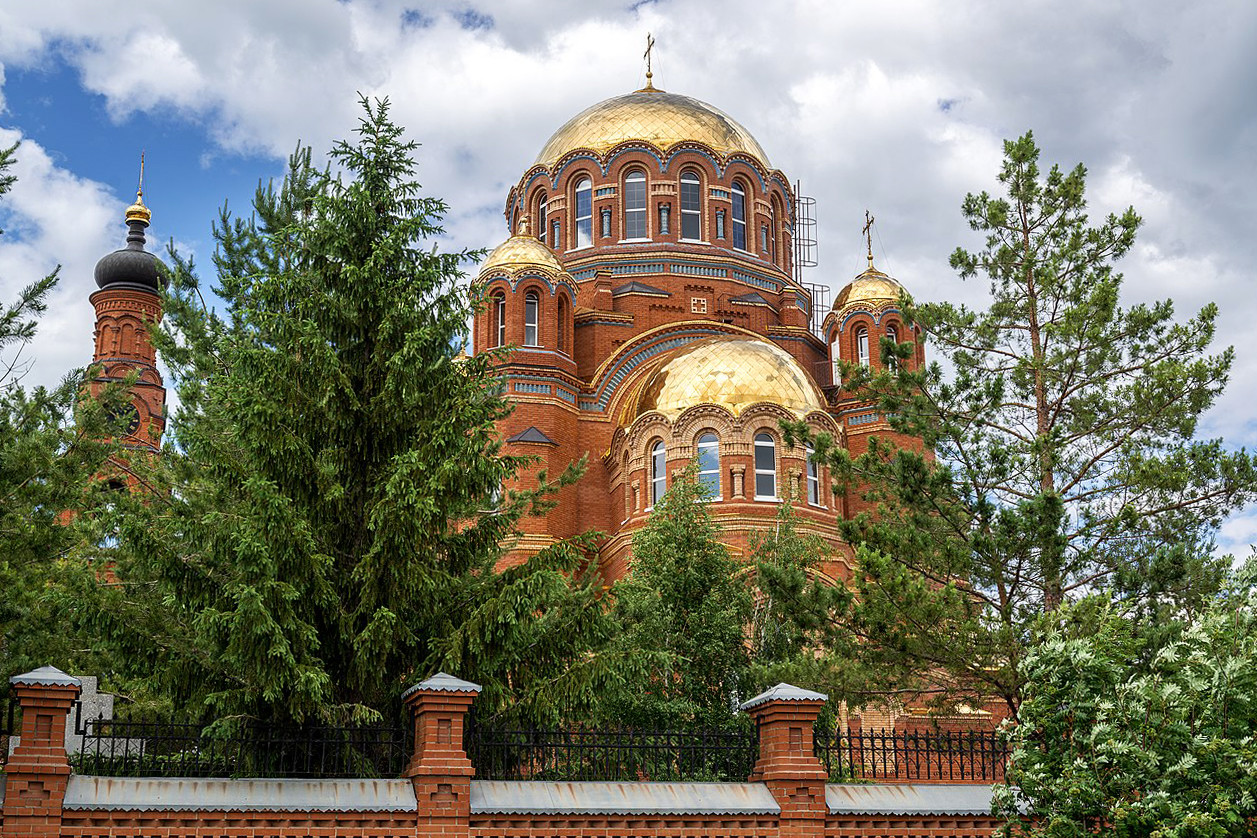 A new Holy Trinity Cathedral built on the place of the Church of St. Simeon of Verkhoturye, Saraktash, Orenburg Region

After the war, several more churches were built in the USSR, albeit only in the provinces. For example, two were erected in 1946 in the industrial city of Magnitogorsk in the Urals. 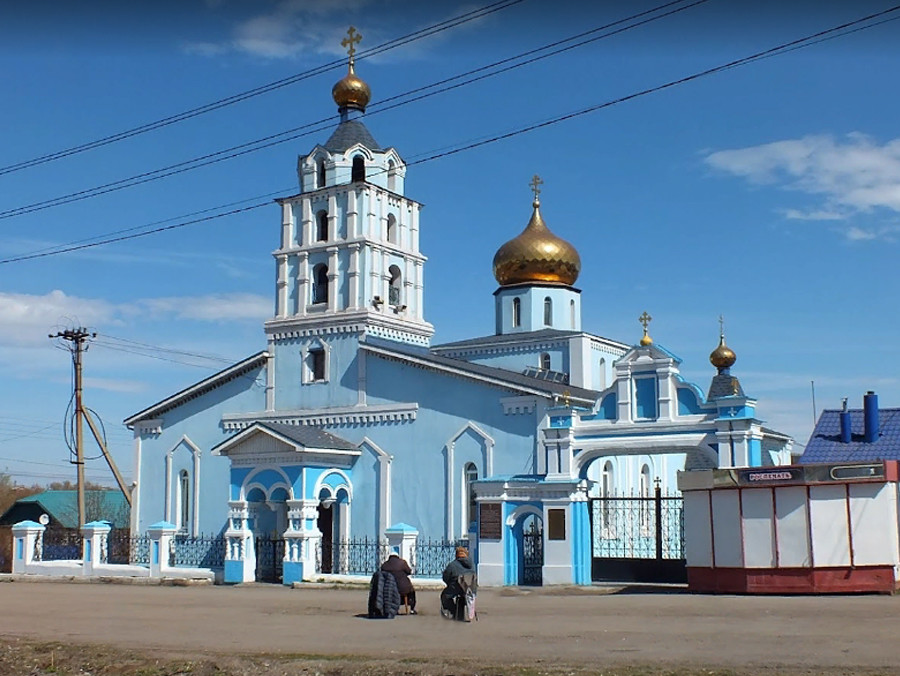 Church of Archangel Michael in Magnitogorsk, built in 1946 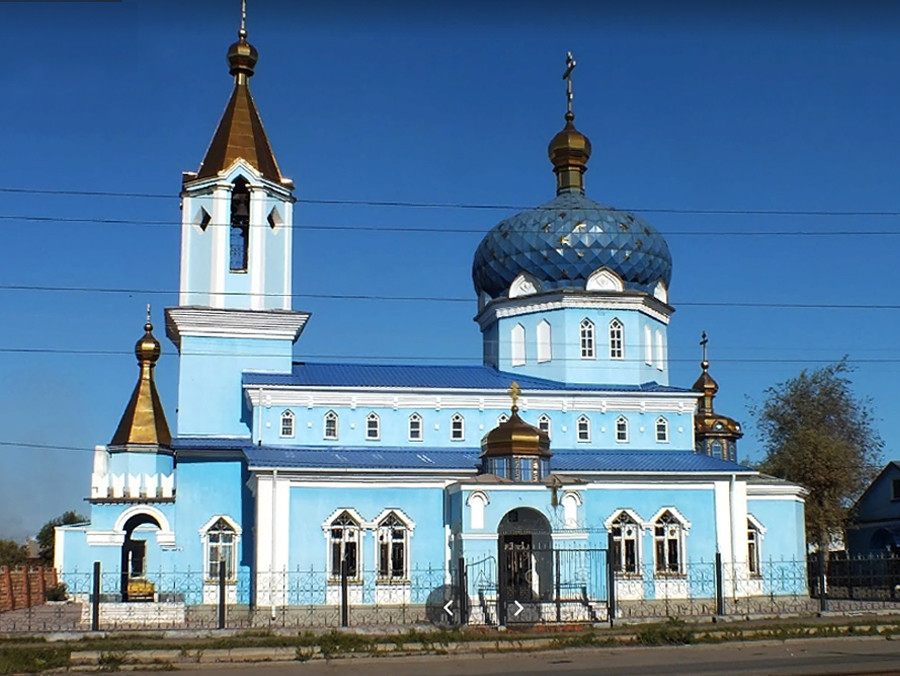 Church of St. Nicholas in Magnitogorsk, built in 1946 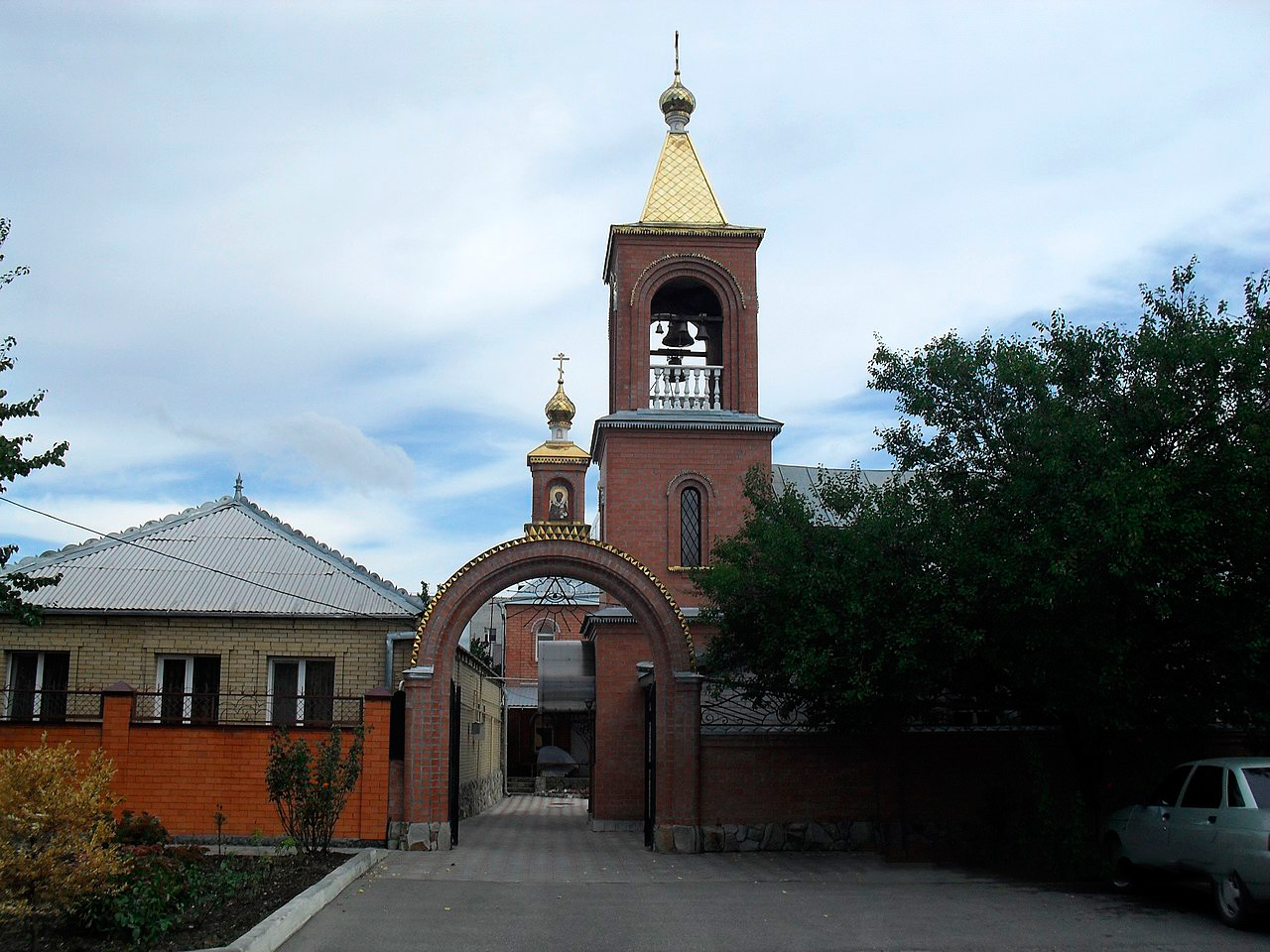 Church of St. Nicholas in Mineralnyye Vody, the Caucasus, built in 1950

Churches were also built in Central Asia and Kazakhstan, to where people from all over the USSR were relocated. 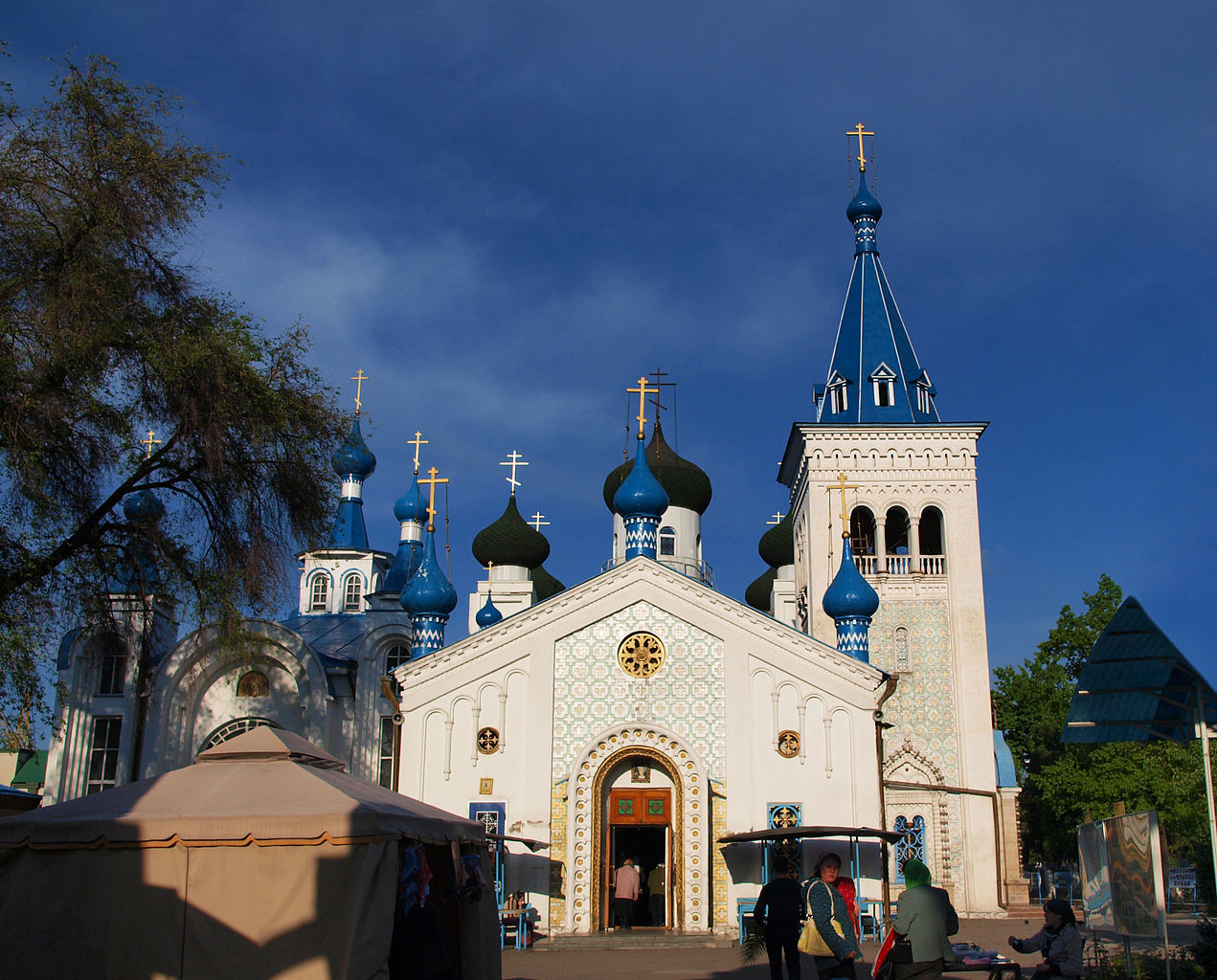 The Resurrection Cathedral in Bishkek, present-day Kyrgyzstan, built in 1944-47 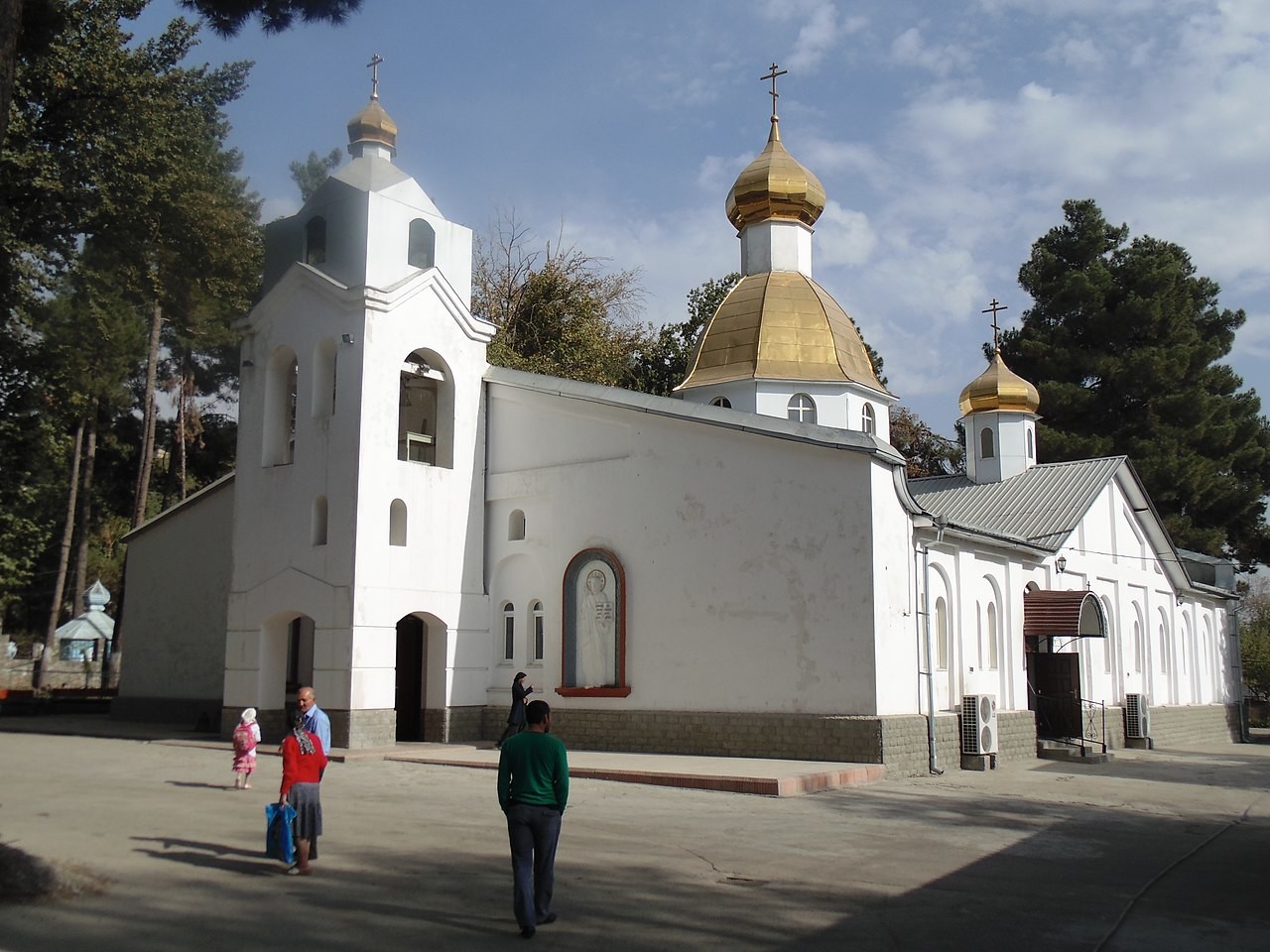 Political thaw and tensions between state and church

Having denounced Stalin's personality cult, Soviet leader Nikita Khrushchev decided to fight against all other "cults", of which he considered religion to be one.  In an effort to return to Lenin's original doctrine, he decided to once again "tighten the screws" in the religious sphere: churches were again closed, and priests were closely watched by the KGB. Khrushchev also put pressure on religious leaders of different faiths in order to ban believers from making pilgrimages to holy places. Many religious buildings were handed over to secular cultural organizations. In 1964, an Institute of Scientific Atheism was established, while special state commissions dealt with the affairs of believers.

And yet, new churches were built in the country, including those whose construction was sanctioned when Stalin was still alive. 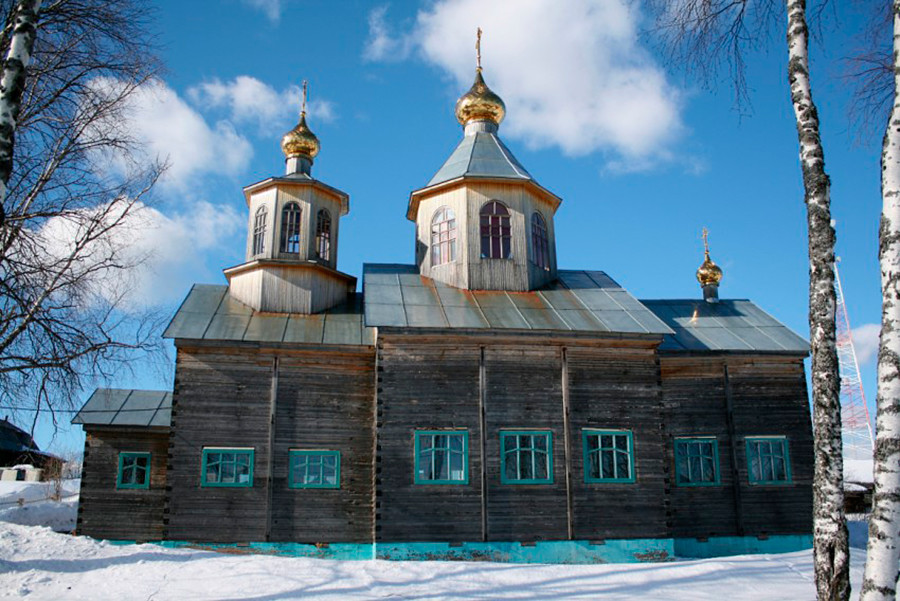 Church of the Transfiguration in Yakino, Republic of Komi, built in 1956 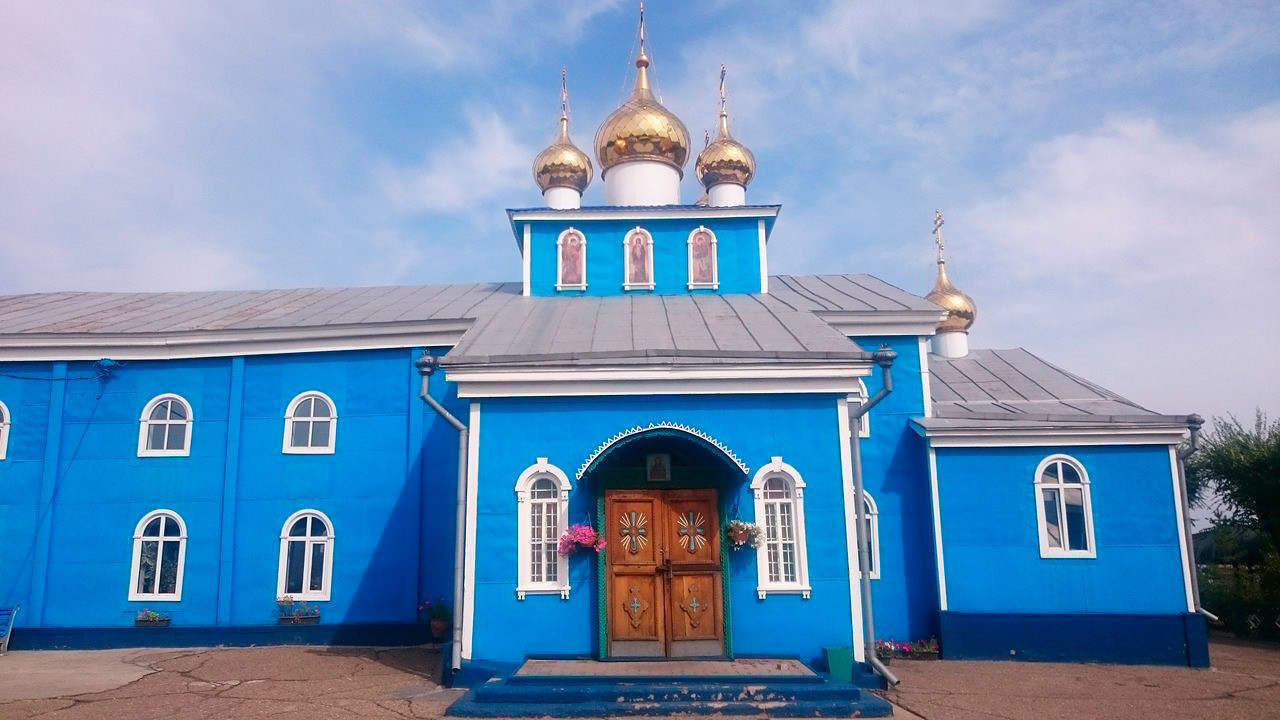 Cathedral of Archangel Michael in Karaganda, present-day Kazakhstan, built in 1946-54

In 1956, parishioners in Moscow collected money and themselves built a new wooden church to replace one that had burnt down. 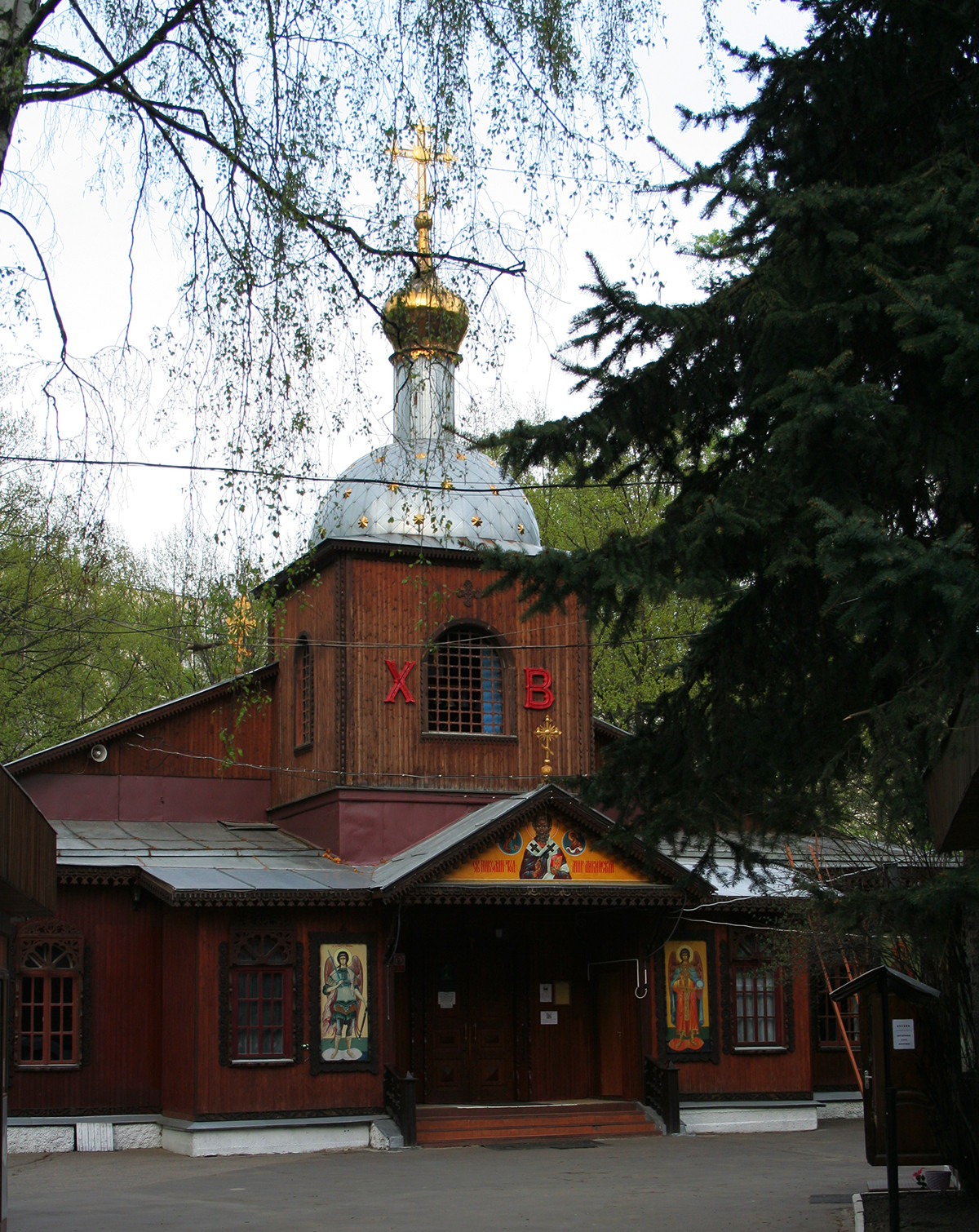 Church of St. Nicholas in Biryulyovo, Moscow, built in 1956

Given the authorities' tough policy, construction of new churches often depended on the local religious community and the personality of the local bishop. For example, Yermogen Golubev, the archbishop of Tashkent and Central Asia in 1953-60, resorted to a ploy and, having received permission to restore an old church in Tashkent, quickly began to rebuild and expand it. Before the authorities realized what was happening, a new cathedral was ready. 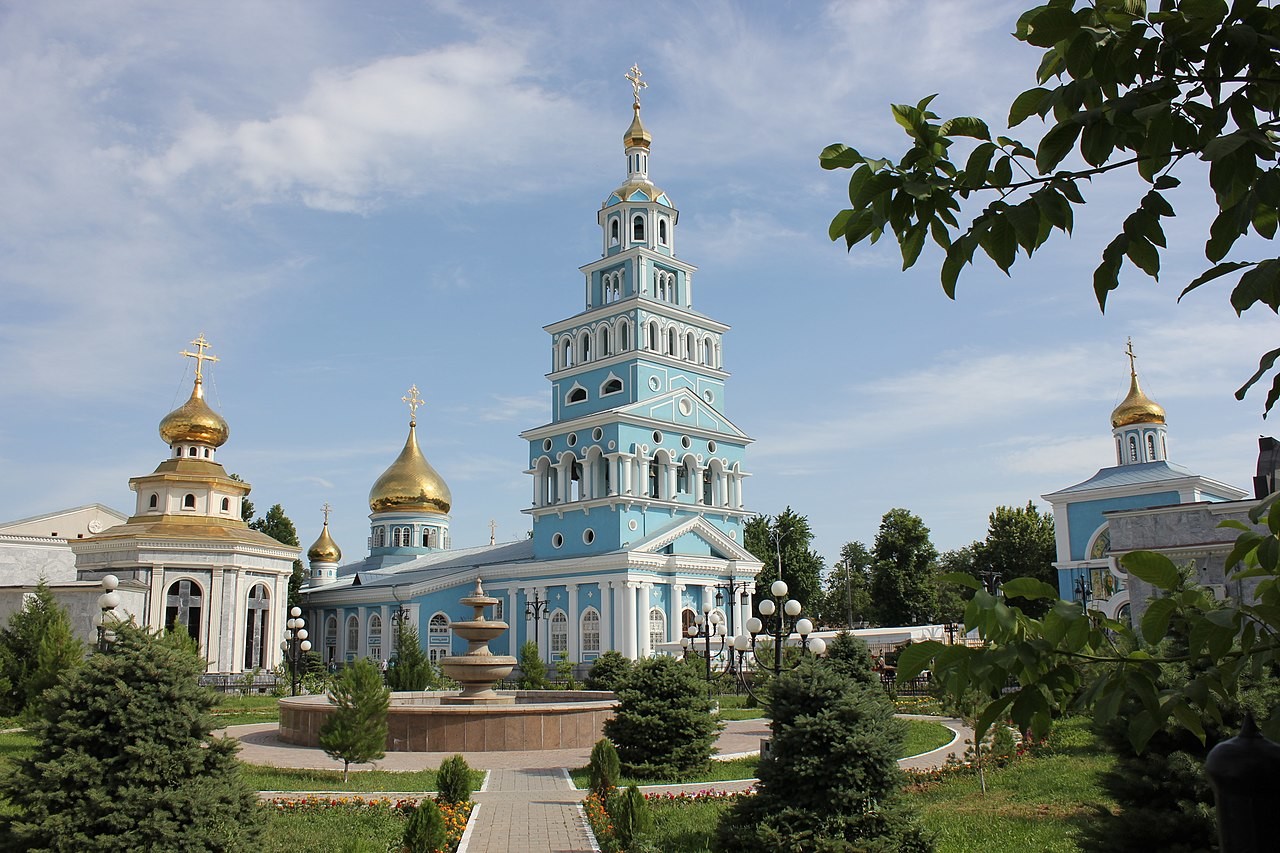 Using the same tactic, Yermogen managed to build churches in several other Central Asian cities. However, soon he was removed from his post on suspicion of anti-Soviet sentiment (in the 1930s he had served almost 10 years in the camps).

A new phase in relations

When Leonid Brezhnev came to power, he softened Khrushchev's tough policy towards the Church and decided to use it in his interests. He allowed churches to be restored to believers, and legalized church rites during funerals and the use of religious symbols on graves. 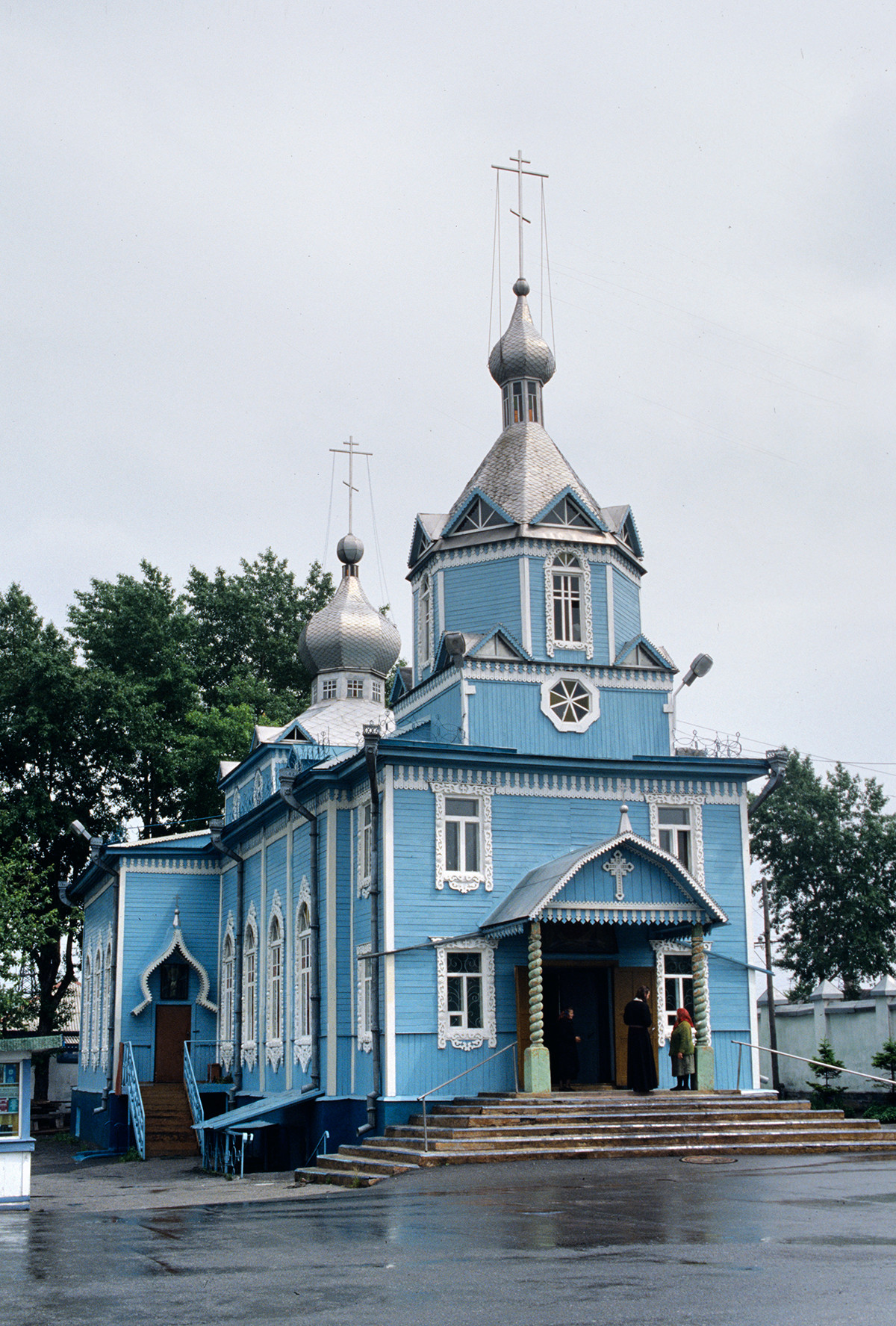 Church of the Protection of the Blessed Virgin in Prokopyevsk, Kemerovo Region, rebuilt in 1979-1983 from a prayer house

However, under Brezhnev relations with the Church were marred by the authorities' fight against dissidents. Priests were forced to cooperate with the security services and break the seal of confession. Also, priests were closely watched for their loyalty to the regime. 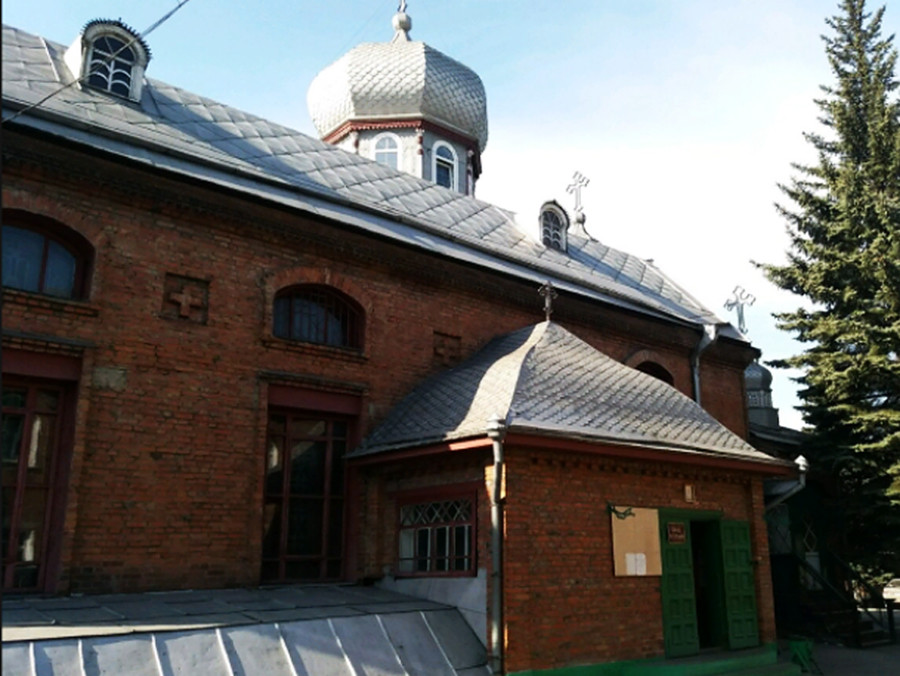 Church of Archangel Michael in Novokuznetsk, built in 1975

At the same time, permission was issued to expand, complete and even, if necessary, build new churches. Thus in the 1970s and early 1980s, a number of new churches were built in different cities across the USSR. 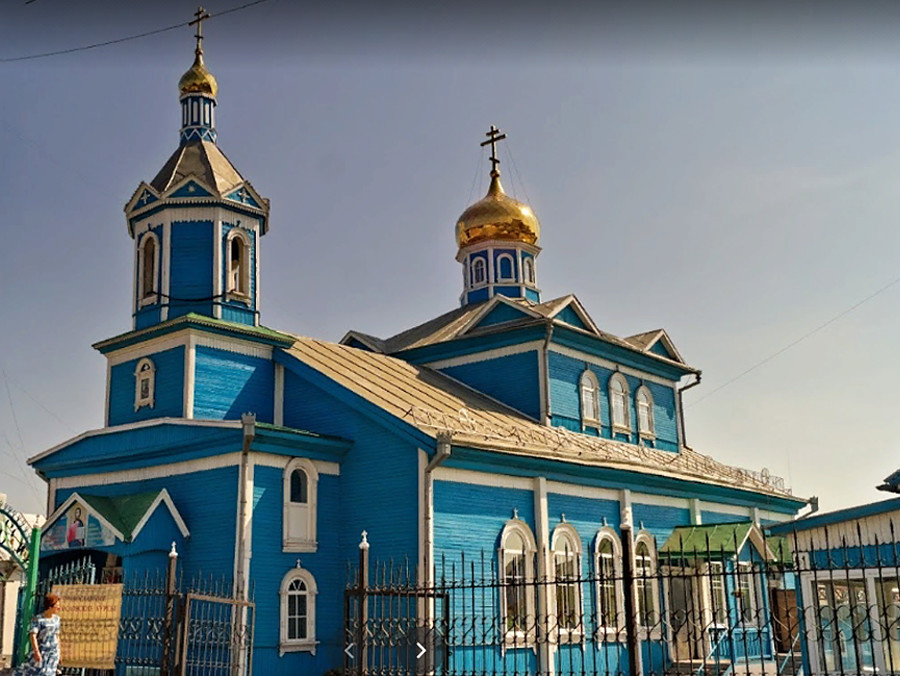 Ascension of Our Lord Church in Belovo, Kemerovo Region, rebuilt in 1974-76 from a small 1946 prayer house 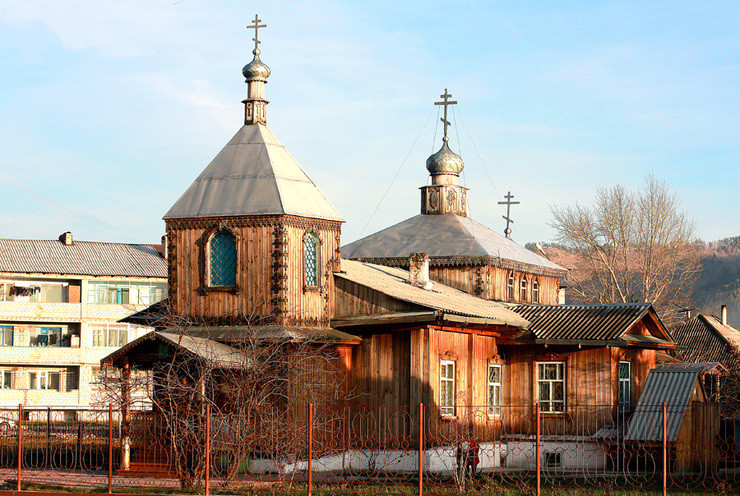 Annunciation Church in Abaz, Republic of Khakassia, built in 1980

During Gorbachev's Perestroika, the state's religious policy was revised, and since the late 1980s previously closed churches were restored to believers. In 1990, a law on freedom of religion was approved.