Why did Soviet people join ‘Komsomol’, the USSR youth organization? 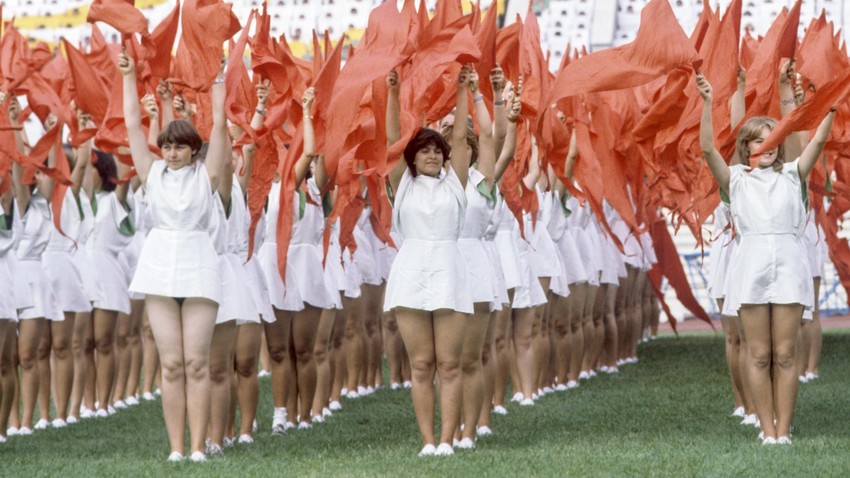 Dmitry Donskoy/Sputnik
During the 73 years of its existence, Komsomol had over 160 million members. Was it prestigious or beneficial for a Russian young person to be a Komsomolets?

The early Soviet state was the land of troubled youth. Young soldiers returning from a devastating war, parentless teenagers, students who went to big cities to study and were unable to return home in the turmoil of the Revolution. They all wanted to be in control of the events, to take part in major social changes and to have a say in the building of a new future. This mass of young people was also prone to crime, so the Bolsheviks needed something to deal with this growing problem. 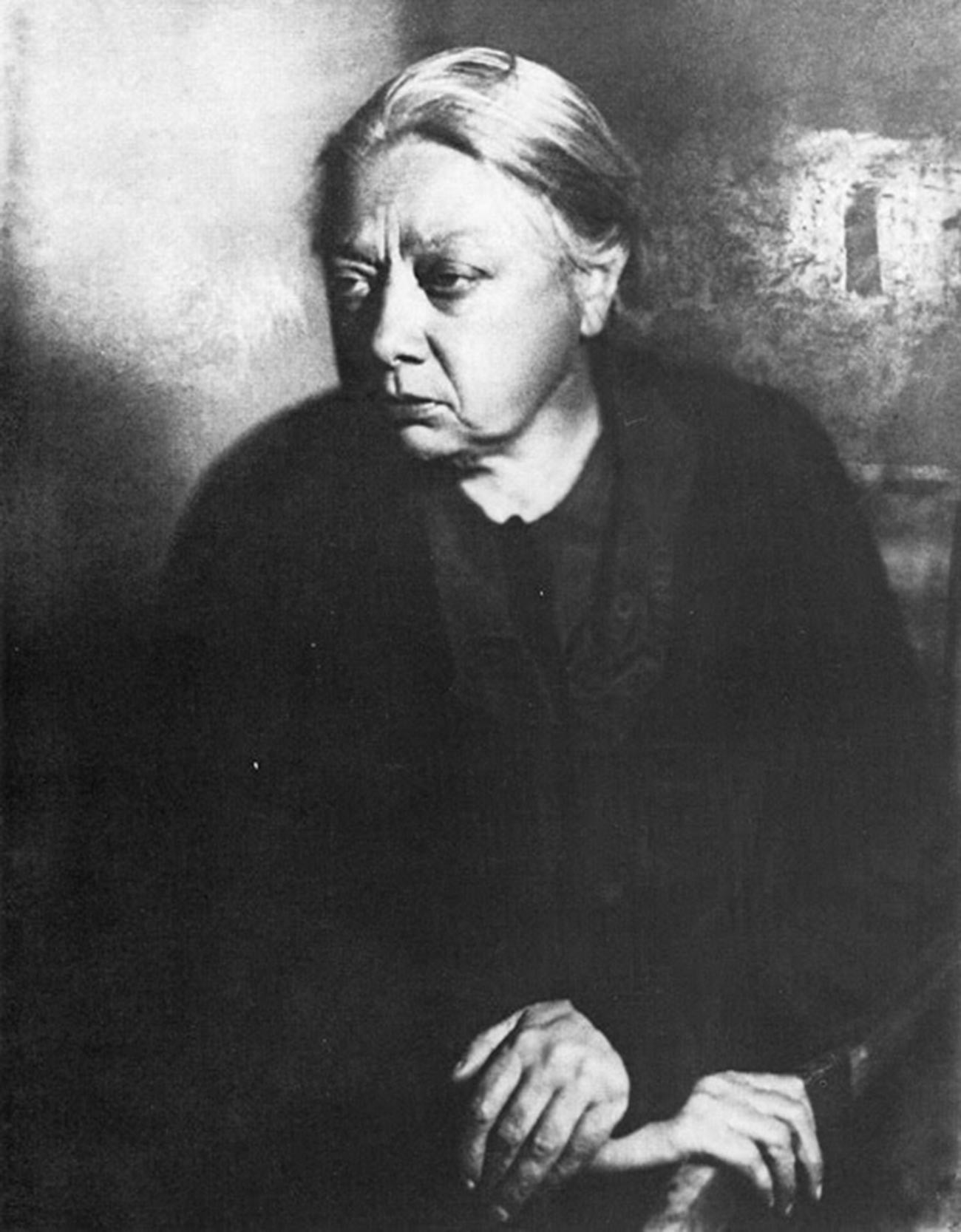 In June 1917, even before the Bolshevik revolution, Nadezhda Krupskaya, Lenin’s wife, wrote a Statute of the Union of the Working Youth of Russia, published in the Bolshevik ‘Pravda’ newspaper. The Statute said that “all boys and girls who live selling their labor, are being organized into the Union of the Working Youth of Russia.” The aim of the Union, according to Krupskaya, was to “prepare its members to become free, responsible citizens, rightful participants in the great struggle they are going to lead as proletarians for the liberation of the capital’s yoke”. 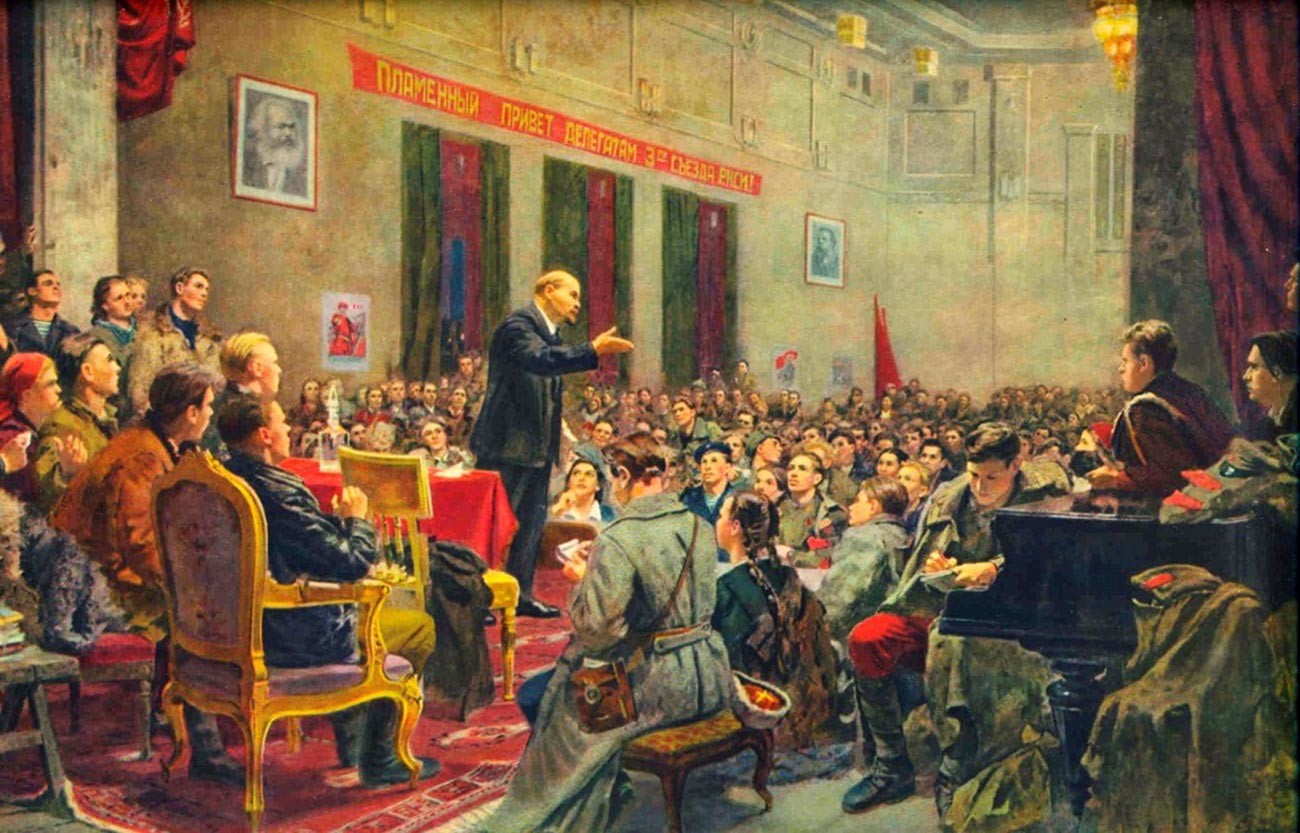 "Vladimir Lenin holds a speech at the 3rd Congress of the RKSM," by Boris Ioganson

After Krupskaya’s Statute, different small Unions of the Working Youth were organized in various Russian towns. And the Komsomol was officially organized on October 29, 1918, at the 1st All-Russian Congress of Unions of Workers’ and Peasants’ Youth – as the Russian Communist Youth Union (Российский коммунистический союз молодежи, RKSM).

The organization would go on to change its official name several times, but it was generally known as ‘Komsomol’ (Kommunisticheskiy Soyuz Molodezhi, “Communist Youth Union”). According to its Statute of 1920, anyone who was from 14 to 23 and supported communist ideals could become a member.

Vladimir Lenin visited the 3rd Congress of the RKSM in October 1920 and said an inspirational speech – “the main goal is to study communism, but only linking every step of education and training with the continuous struggle of the proletarians and working people against the old exploitative society.” By then, there were about half a million members in the Komsomol. But what really drove people to join the organization? 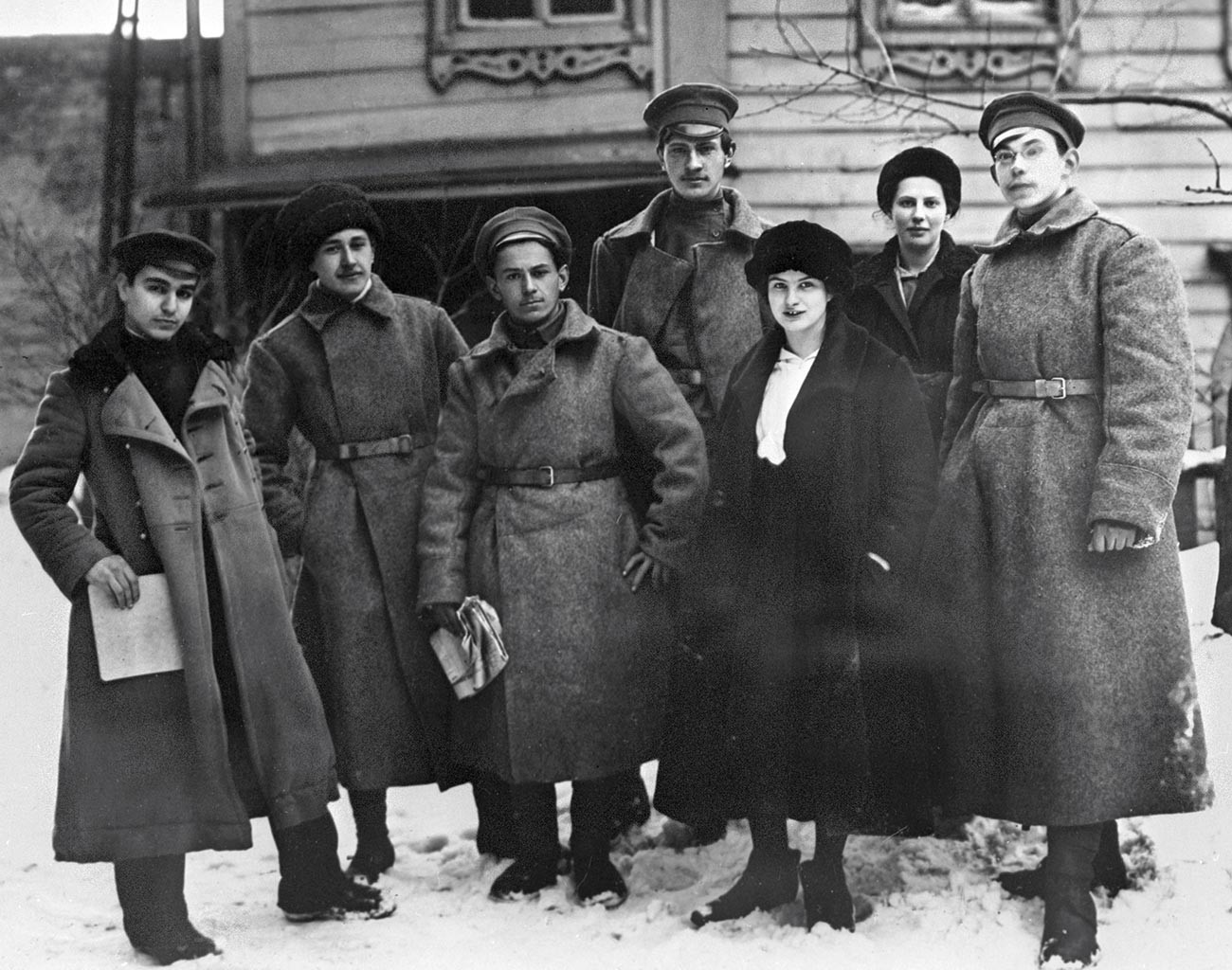 First Komsomol members in the 1920s

Early members of the Komsomol were generally enthusiastic about the building of communism and were ready to fight for it. Sergey Kurkin, one of Komsomol activists in Chaplygin, Lipetsk Region, remembered that in 1919, a special forces unit (Части особого назначения, ЧОН, ChON) was created in Chaplygin and Komsomol members became part of it. Such units were organized “to help the Red Army” all across Russia – but in actual fact, this was just Communist peasants and workers being armed legally.

The units fought against the counterrevolution – the White officers and the peasants who refused to give up their food storages – the Civil War was in full swing. In 1919, the Chaplygin special forces (and Komsomol members among them) stood a military clash against the White general Konstantin Mamontov.

‘I’m a Komsomol member! Fear and obey me!’ 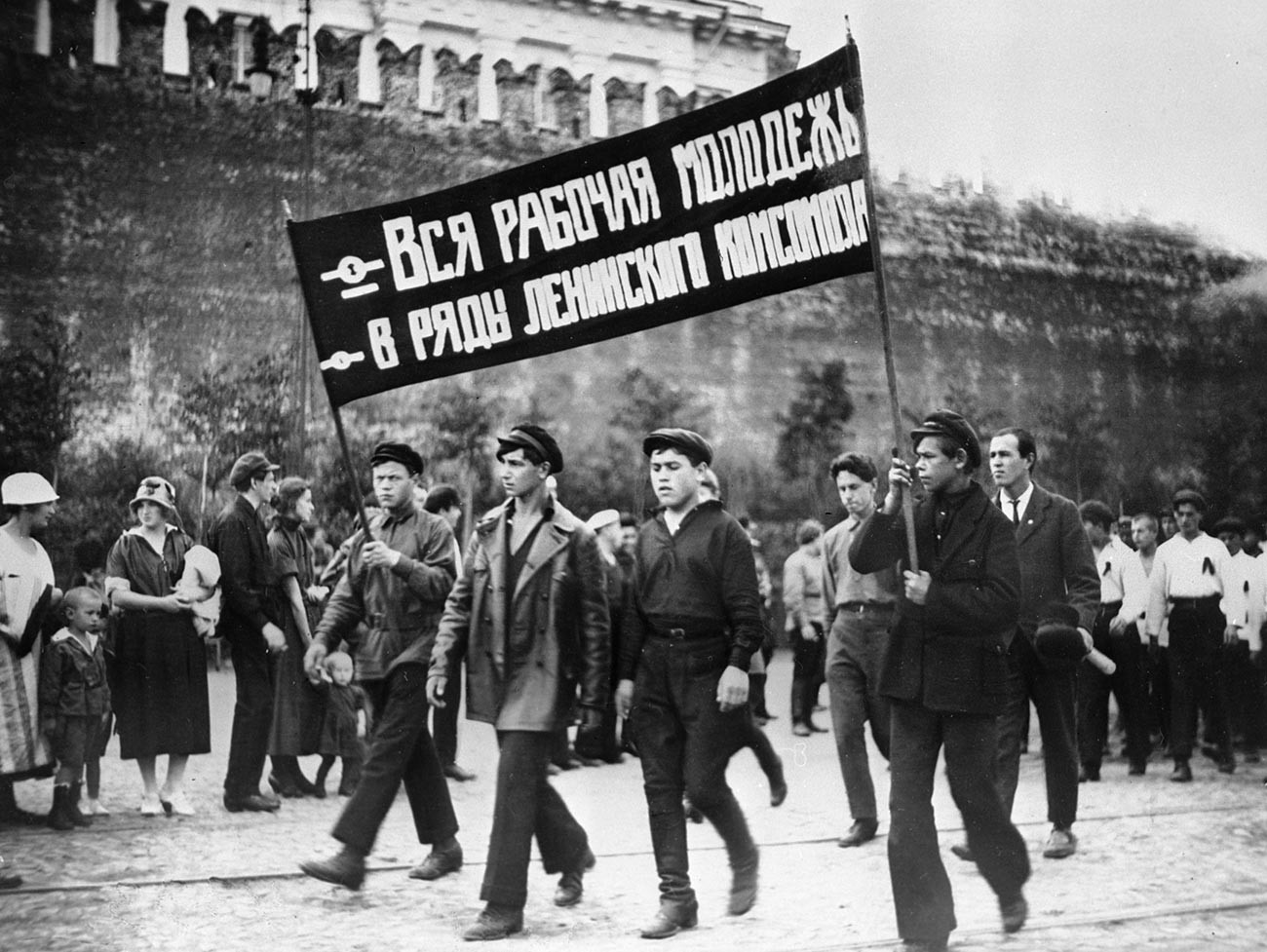 But mostly, the early Komsomol was used in a lot less heroic way. Historian Vladimir Ippolitov from Tambov wrote that since the beginning of 1930s, the Komsomol of Tambov Region was used for implementing collectivization – stripping the well-to-do peasants of their savings and food, with demonstrative cruelty. “Local Party and Soviets administration made the young people do the hardest and dirty work,” Ippolitov writes. “The expropriation of the peasants’ possessions, that were to become property of kolkhozes, turned out to be pure robbery. Feeling the support of the authorities, Komsomol members behaved like they owned the villages. In Orlovsky district, a secretary of a Komsomol cell named Semenov beat a woman, saying ‘I’m a Komsomol member! Fear and obey me!’”

So young guys went to Komsomol to get a gun? Not exactly, rather to build a career within the Soviet State. Komsomol, that was often referred to as "the helper and the reserve of the Communist Party,” had a huge bureaucratic structure resembling the one of the Communist Party of the Soviet Union and the better one did in this structure, the higher the chances of joining the CPSU without hindrances was.

“Our Komsomol organizator [in the Moscow State Pedagogical Institute in the 1970s] was aiming to join the Communist Party,” Galina Ulyanova, a doctor of history from Moscow, says. “In those times, to work as a professional historian, one needed to be a member of the Party, otherwise, one couldn’t get into the archives! And a career in Komsomol administration could really help you join the Party.” 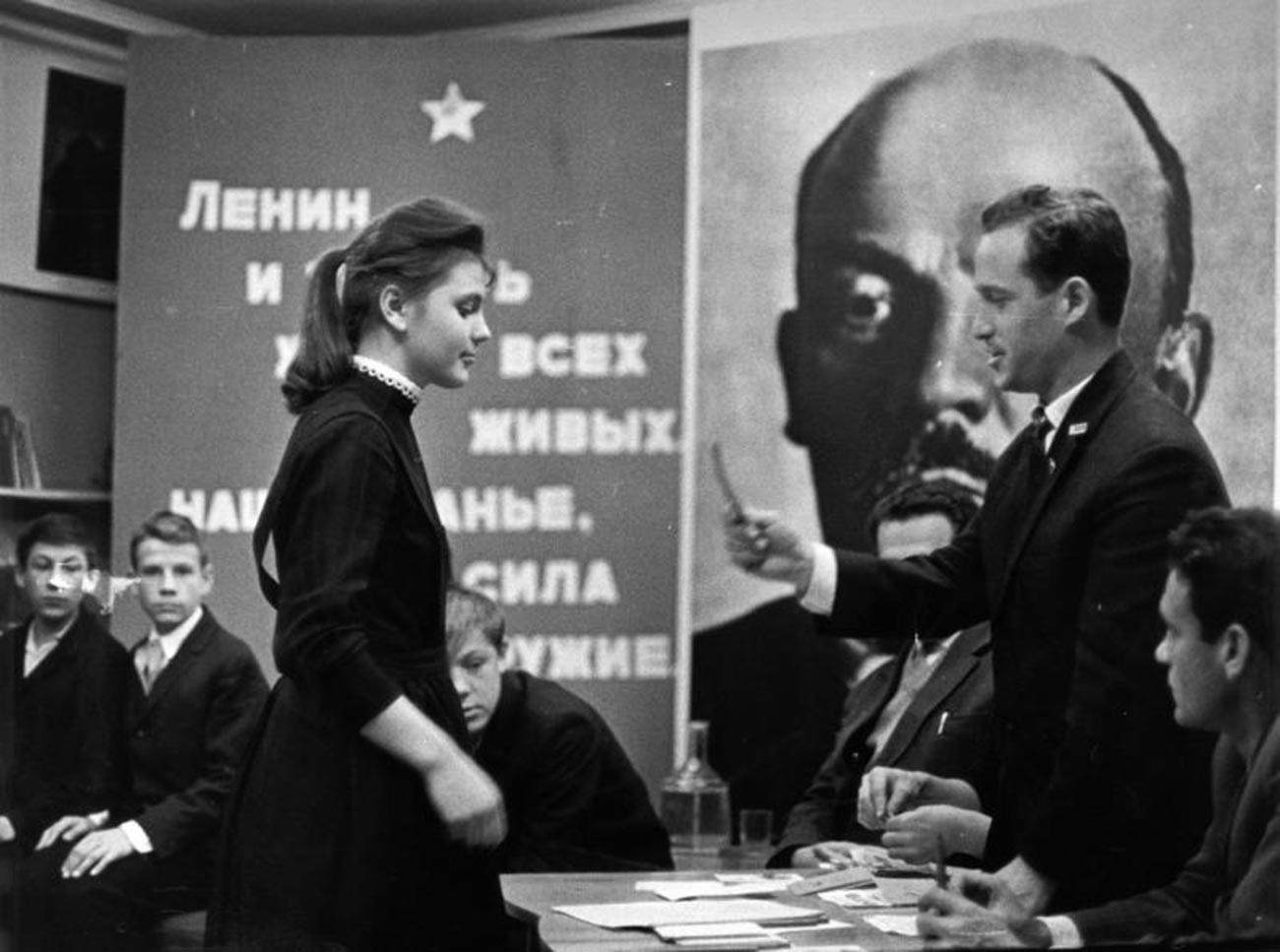 In 1926, Komsomol was officially named the ‘All-Union Leninist Young Communist League’ (Всесоюзный ленинский коммунистический союз молодёжи, VLKSM) and the age of membership was prolonged to 28 (however, Komsomol functionaries could be older than that) and a monthly 2 kopeck (the price of an ice cream cone back then) membership fee was introduced.

In the early years of Komsomol, parents were firmly against their children entering the organization: “When the mothers found out that our Union was communist, they gave their sons a beating... Soon in the hut where the representative of the Komsomol would stop by, confused boys and girls began to appear and, lowering their heads, would ask: ‘Delete me from the Komsomol, my mom and dad won’t allow me to join...’” Obviously, the Komsomol authorities wouldn’t take that for a reason.

What did Komsomol members do? 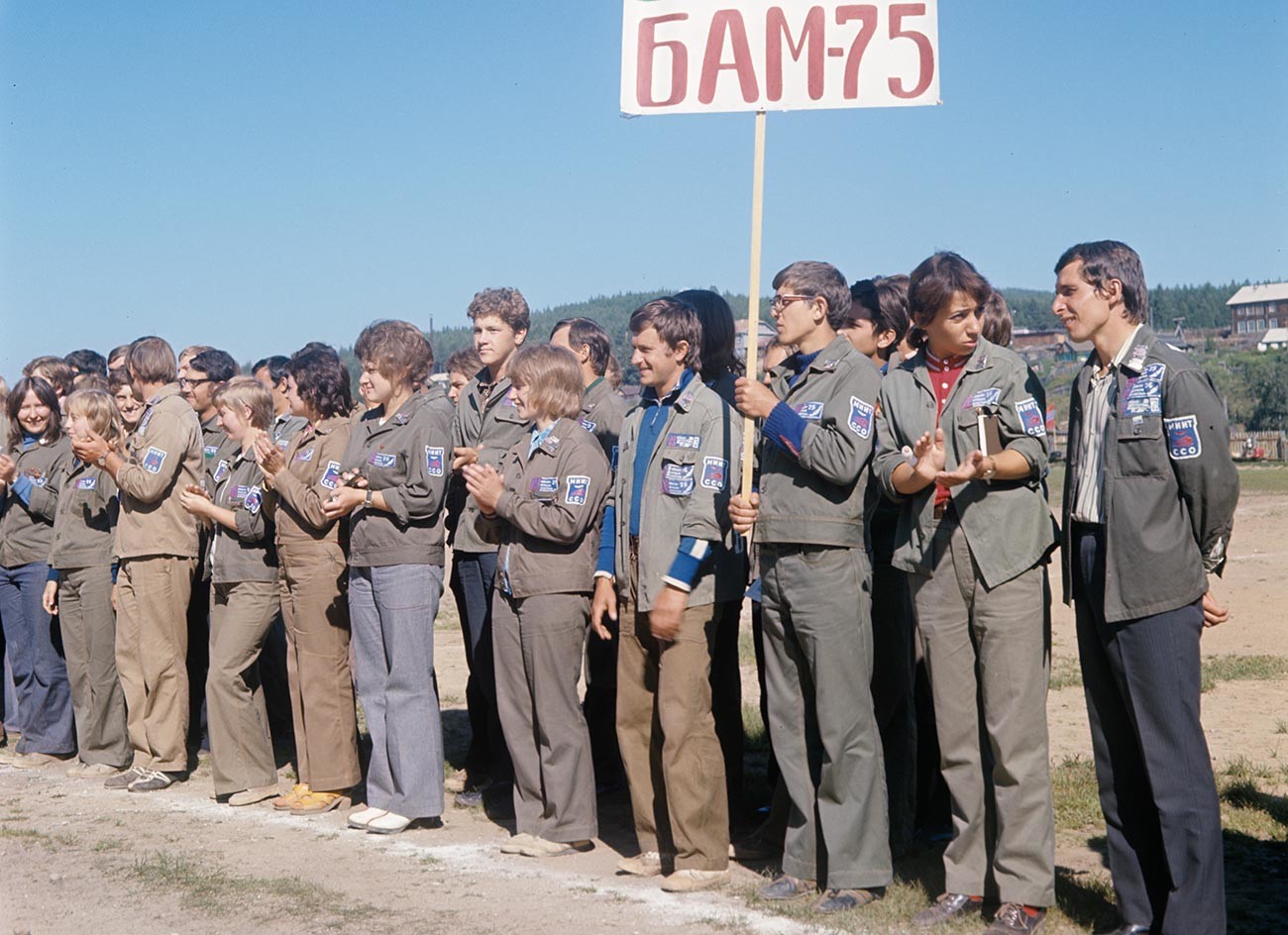 Komsomol members at the Baikal–Amur Mainline

Apart from collectivization, the next thing on the to-do list of the early Komsomol was to educate its members. In the 1930s, thousands of young people received elementary education in technical schools, with the Komsomol organization controlling the process. Then, the enthusiasm of the Komsomol members was put in use by forming student construction brigades.

Komsomol organizations of every high school formed a construction brigade for being sent out to do different jobs during summer, when the students had holidays. In the 1930s, these brigades took part in building things as important as the Magnitogorsk steel plant, Dnieper Hydroelectric Station and even the Moscow Metro. In 1970, Komsomol brigades were busy helping to build the Baikal–Amur Mainline. However, only a few had the chance to build something that big. Usually, Komsomol brigades went to the fields to help agricultural workers, what was called na kartoshku (“for potatoes”) – indeed, for most Komsomol members, sorting and digging up potatoes (but also carrots, turnips, cabbage etc.) was a frequent summer activity. 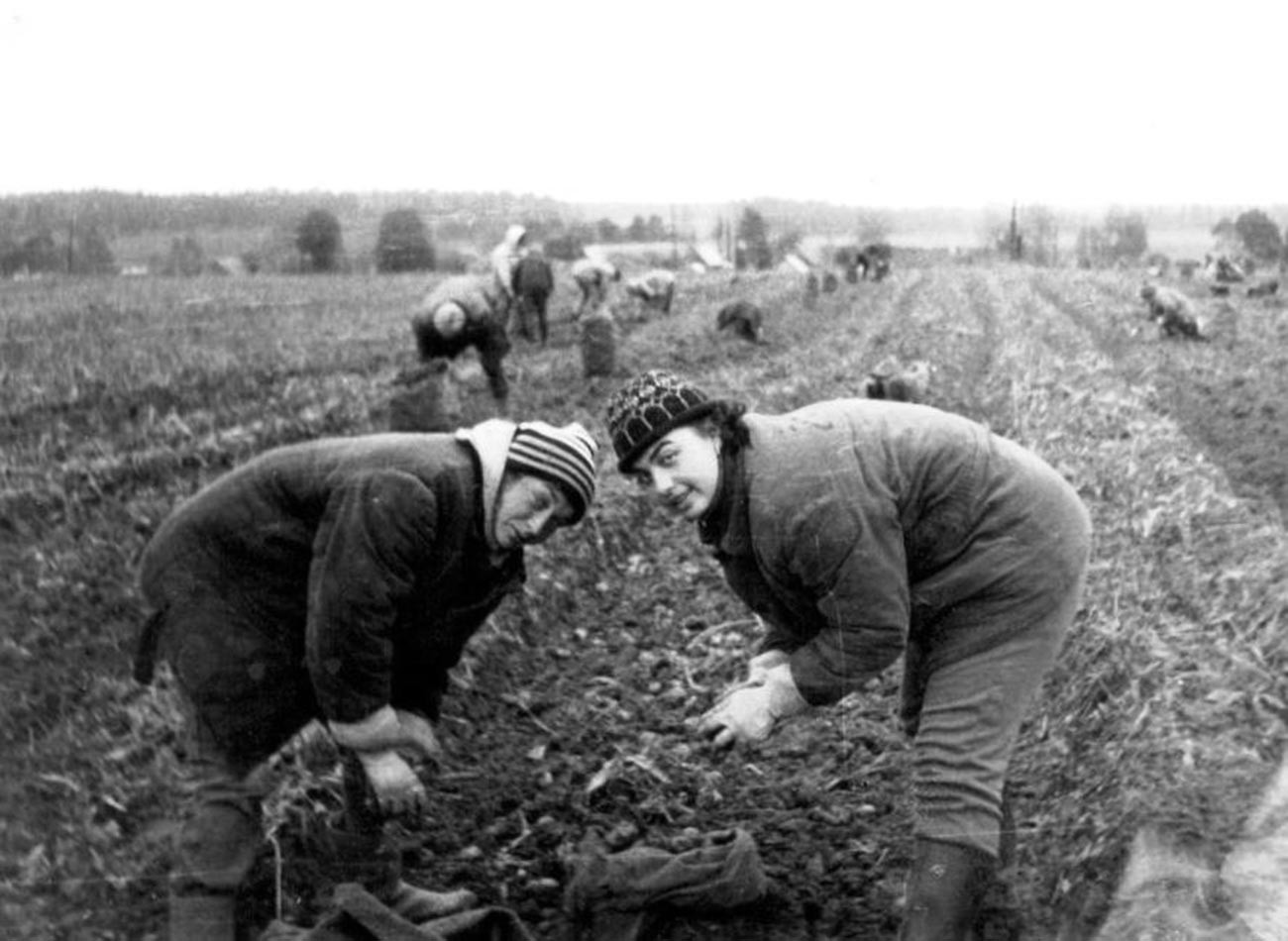 The authorities needed young members not only for agricultural and construction work, but mainly, to project the influence of the communist ideology onto the young people. Galina Ulyanova says that Komsomol held regular political meetings. “We did reports, roughly on whatever we wanted – for example, I did a report on American cinema. And at least once a month, we gathered for a lecture on the political situation.”

Komsomol members also took up a big part of the cultural activities in schools and institutes. “Together with the school administration, we prepared various sports competitions and holidays, organized the military-patriotic game ‘Zarnitsa’. We also took part in celebrating all important state dates,” Tatiana Koroleva, a former Komsomol member, says. “May 1, May 9, November 7 were our main holidays. In the morning of the celebration day, everyone went to work, and there, we lined up in columns and went to the city center for a communist celebration rally.” 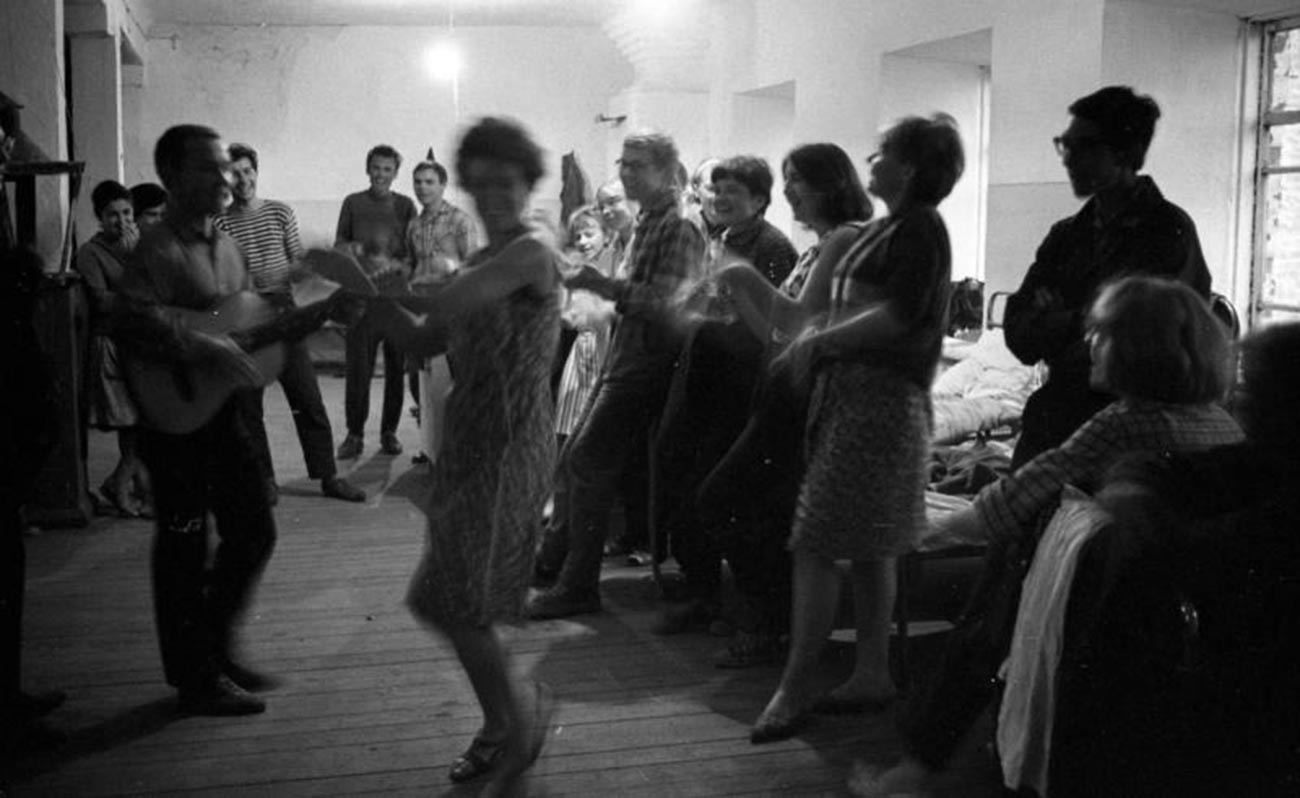 Soon after WWII, the heroic feelings of being in the Komsomol faded. But the number of Komsomol members grew exponentially. In 1941, there were about 11 million members, by 1969, the organization grew to 24 million and peaked in 1984 at 42 million people. According to statistics gathered in 2008 in Ural Region, about 80 percent of people born in the 1960s entered Komsomol, more than 90 percent of people born in the 1950s and earlier did. But numbers didn’t mean active participation.

Anatolyi Slezin, a doctor of history from Tambov, notes that by 1957, Komsomol had 64 newspapers and magazines with the total print run over 13 million copies. But few actually read them – not even the Komsomol functionaries. In 1959 in Mordovia Region, there were 129 subscribers of the ‘Young Communist’ magazine and 153 subscribers of ‘Komsomol Life’ magazine – while there were 1,500 Komsomol secretaries and over 150 Komsomol functioners in the region. 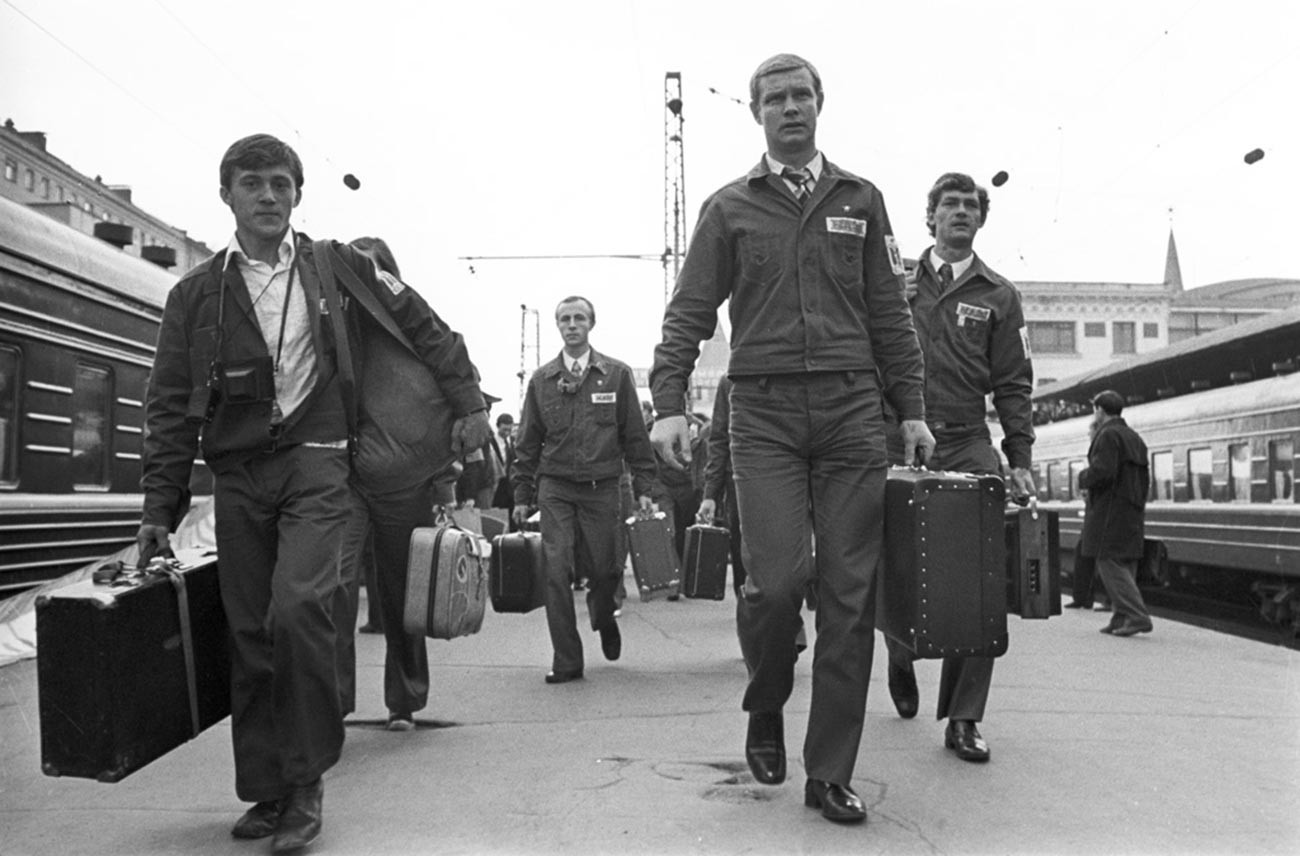 For most young people, Komsomol was, first of all, a chance to get out there, somewhere. “Everybody was in Komsomol, it was like being vaccinated – something total,” Galina Ulyanova says. “Komsomol was a social institution, first of all. Everybody loved these Saturday trips ‘to plant the trees,’ ‘to clean the streets…’ We didn’t get together for planting the streets, indeed! Get together, spend an hour or so quickly planting those trees – and then, a picnic, some sandwiches and wine, a guitar, communication, flirting… That’s what it was all about.”

The government noticed that – and tried with ideological methods to remind the young people Komsomol was about ideology. In 1984, in the late times of the USSR, ‘Tomorrow Was the War’, a novel by Boris Vasilyev, condemned the light-hearted treatment of the Komsomol. 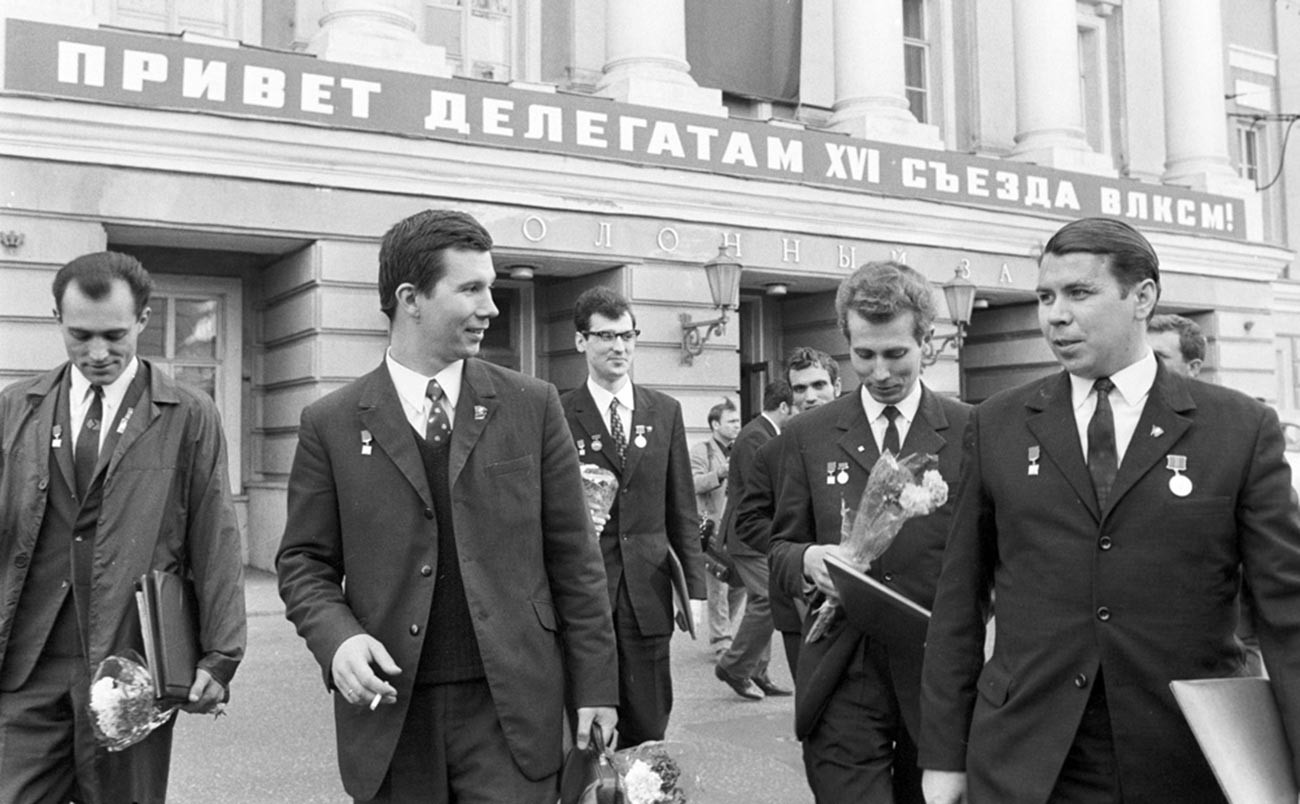 Engineers and Komsomol functionaries visiting the 16th Congress of the VLKSM, 1970

“I’m a Komsomol member just for now. And then I want to be a woman,” a girl in Vasilyev’s story says. “How dare you!” another girl reprimands her. “No, have you heard that her dream is to be ‘a woman’! Not a pilot, not a paratrooper, not a Stakhanovite, but a woman. A toy in the hands of a man!”

But naturally, young Soviet people wanted just to live, socialize and have fun – much better than following some early Soviet ideology. In the 1970s and 1980s, Komsomol membership was used just for achieving some simple goals. “An institute worker couldn’t simply come up to the security and say – give us the keys from the hall, we want to organize a dance evening,” Ulyanova says. “A Komsomol functionary could – he said ‘We’re organizing a cultural evening for our Komsomol members’ – and the keys would be procured. Such evenings were usually preceded by an ideological lecture of some sort, but really, everybody just came there to dance. A Komsomol member could also call a theater and ask for some free tickets… The ideology existed only in the upper layers of the Komsomol structure, for everybody else, Komsomol was just a Soviet social network.” 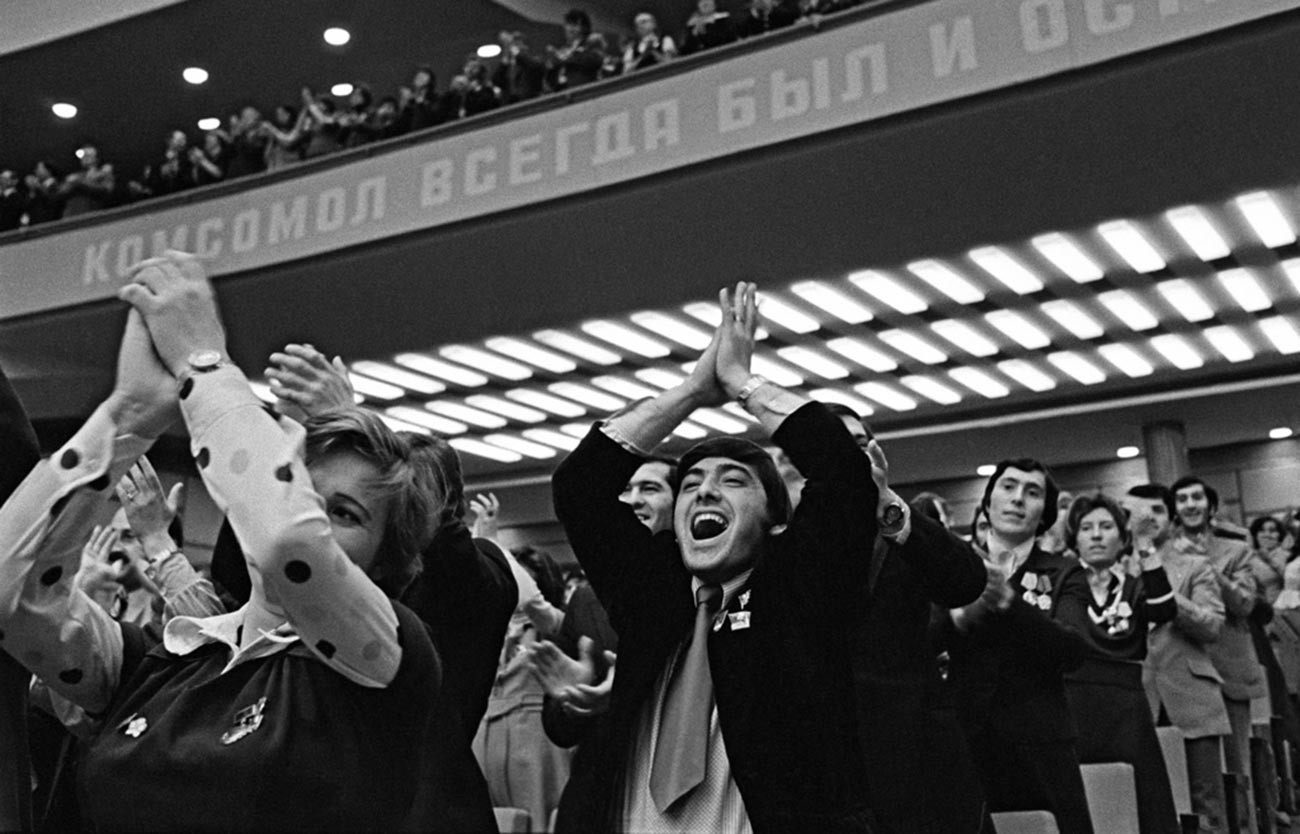 By the end of the 1980s, the number of Komsomol members fell to 35 million, by 1991 – to 26 million. Young people simply didn’t bother joining the Komsomol anymore, partly because the Communist Party was in deep crisis by that time. In 1989, Komsomol organizations of the Lithuanian and Estonian Soviet republics detached themselves from the All-Union Leninist Young Communist League, which was finally disbanded in September 1991. “When the Komsomol ceased to exist, it became clear that these Sunday and Saturday working trips, these political lectures really tied the working collectives together. These meetings stopped – and all of a sudden, you didn’t know who you were working side by side with.”