What happened to Stalin’s double? 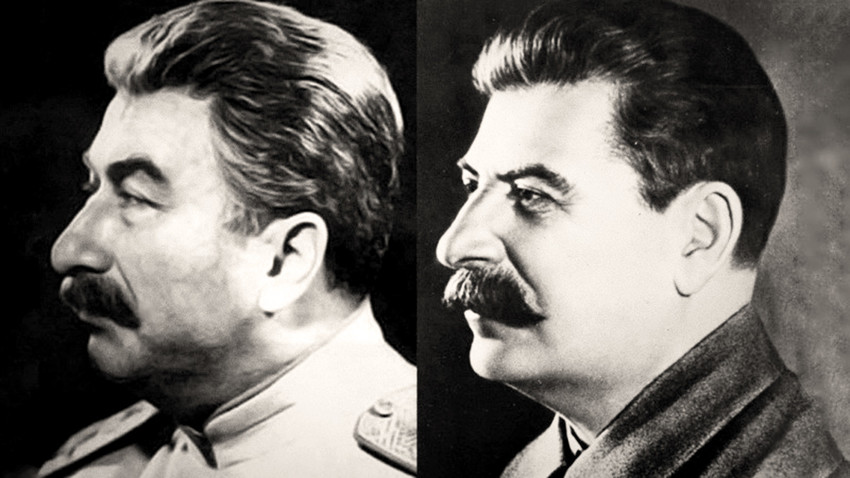 Archive photo
When everyone thought they were seeing the elderly “leader of the peoples”, they were actually seeing a 24-year-old Degaestani!

By the time young Feliks Dadaev, who hailed from a Dagestani village, had become Joseph Salin’s identical stand-in, there were already three others. The idea for doubles first came to Nikolay Vlasik earlier in the 1920s, when he became chief of security at the Kremlin. Stalin had too many political enemies and it wasn’t safe for him to appear in front of the people at public meetings.

And his security’s fears were confirmed. The first person to become his double, a Caucasian by the name of Rashidov, was blown up by a road bomb when his cortege was passing the Red Square. Dadaev’s fate was markedly different, however. Not only did he keep his silence for 55 years, concealing the truth even from his family, but the man is alive to this day! He’s 100 years old.

Dadaev was born in 1920 in the highland village of Kazi-Kumukh and after living the life of a pastor since he was a child, began an apprenticeship as a jeweler. But his true passion lay in dance. After moving to the Chechen capital of Grozny, he began taking ballet lessons and when his family later relocated to the Ukrainian SSR, he was invited to perform at the state ensemble. 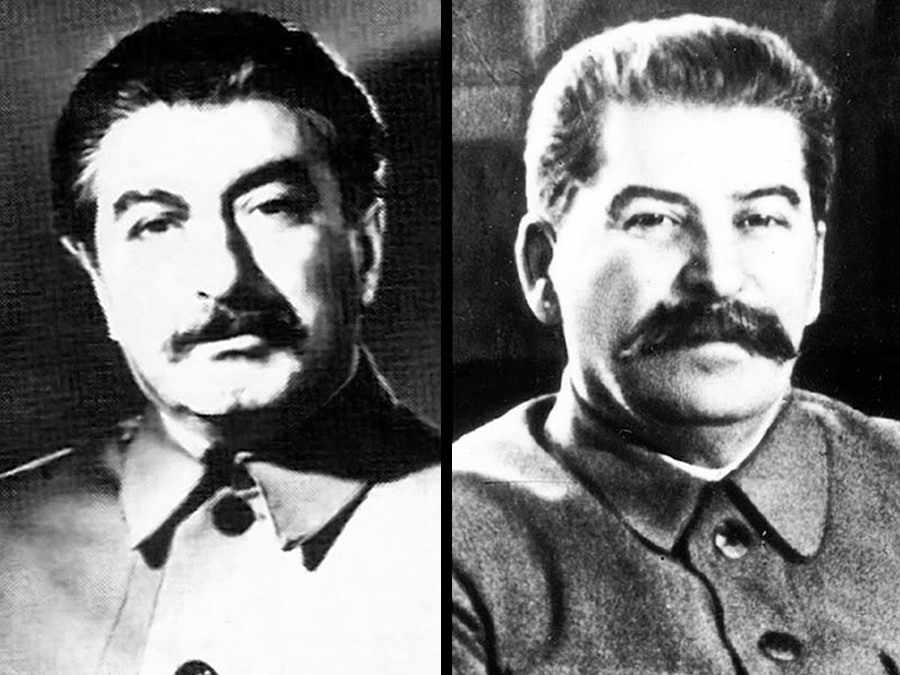 The nation was taken with the 20-year-old’s natural gifts: he danced, juggled, did tricks, displayed considerable acting chops and, funnily enough, was the spitting image of the most iconic man in the country.

“When I was young, I looked incredibly similar to the leader of all times and peoples - so much so that other highland pastors would tease me for it, calling me Soso [Georgian for “Joseph”]. I would feign annoyance, but in my heart I was incredibly proud of bearing a likeness to the great father of all the peoples!” Dadaev remembers.

When war broke out, Dadaev’s fate was sealed: the young man was sent to perform with the frontline troupe to raise the soldiers’ spirits. His fame quickly spread to the top of the Communist party pyramid, but it’s hard to say whether the NKVD would have shown such great interest in Dadaev, had he not been seriously wounded in an enemy attack and declared dead: “Seven bodies were delivered to the hospital, but as it turned out, two had been alive! I was one of them.” The mistake, however, was not registered immediately. Dadaev’s family received a letter from the morgue, which meant that, for the remainder of the war, he was thought to have died on the battlefield. 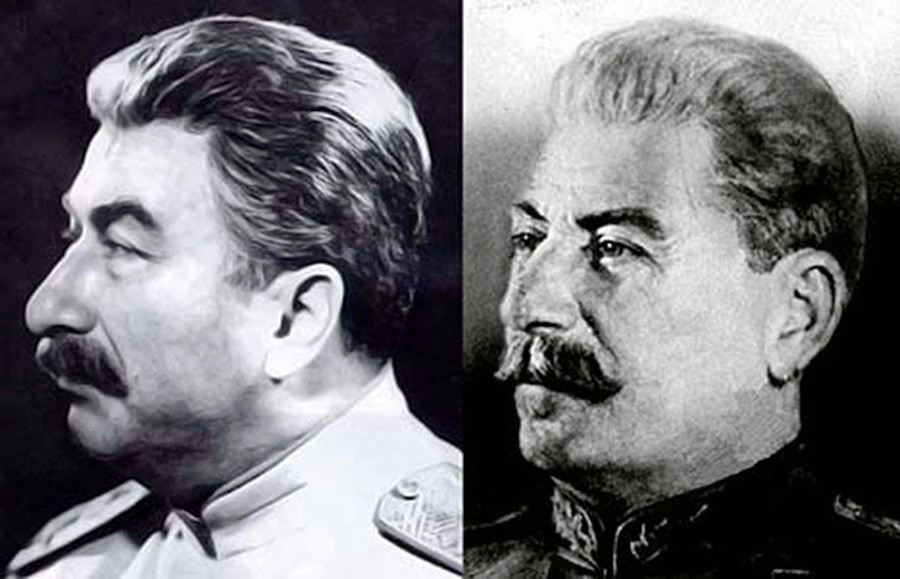 Soviet intelligence considered this accidental disappearance act to be a gift. In 1943, after another one of his performances, Dadaev was treated to a lavish dinner and explained what was expected of him. To start with, he was to attract attention in the right place at the right time, for example, by exiting the Kremlin and getting into a vehicle.

“In all actuality, I was a 100 percent copy of Soso’s! We were alike in height, voice and nose. The one thing that gave me away were my ears. Transforming that, by the way, wasn’t too difficult. The ear was engulfed in a special gutta-percha-derived skin tone prosthetic, which made the ear canal appear deeper. They would add various adjustments, covering any glue with makeup, and that was that - I had Stalin’s ears,” Dadaev recalls.

To really become a convincing double, the Dagestani had to put on 11 kilograms, artificially yellow his teeth (Stalin was a heavy smoker) and spend several months under the supervision of the NKVD, sharpening the mimic, intonation and movements of Stalin to perfection. This required watching hours of footage. There was, however, one serious difference: the original Stalin and his double were nearly 40 years apart in age. 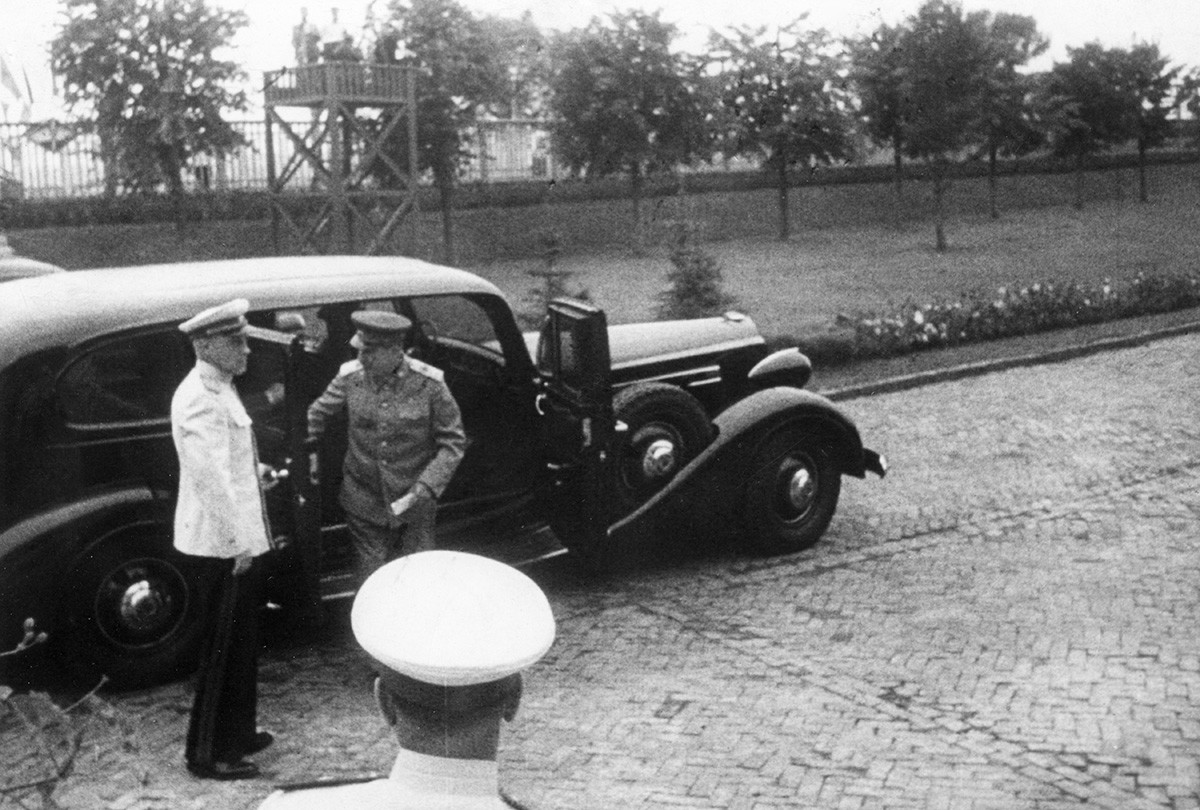 “They didn’t have the kind of plastic surgery back then that they do today. I had a makeup artist work on me. But he couldn’t be around the entire time. So I had to learn to make my own variola [Stalin’s face was pockmarked with variola spots since childhood]: I’d first apply a layer of brown, similar to a sun tan, then took a simple lady’s brush with metal teeth and pressed it deep into my face, so I got the deep marks. When the makeup dried up, I applied makeup,” Dadaev says. “I’d walk around like that that entire day, then wash it all off in the evening.” 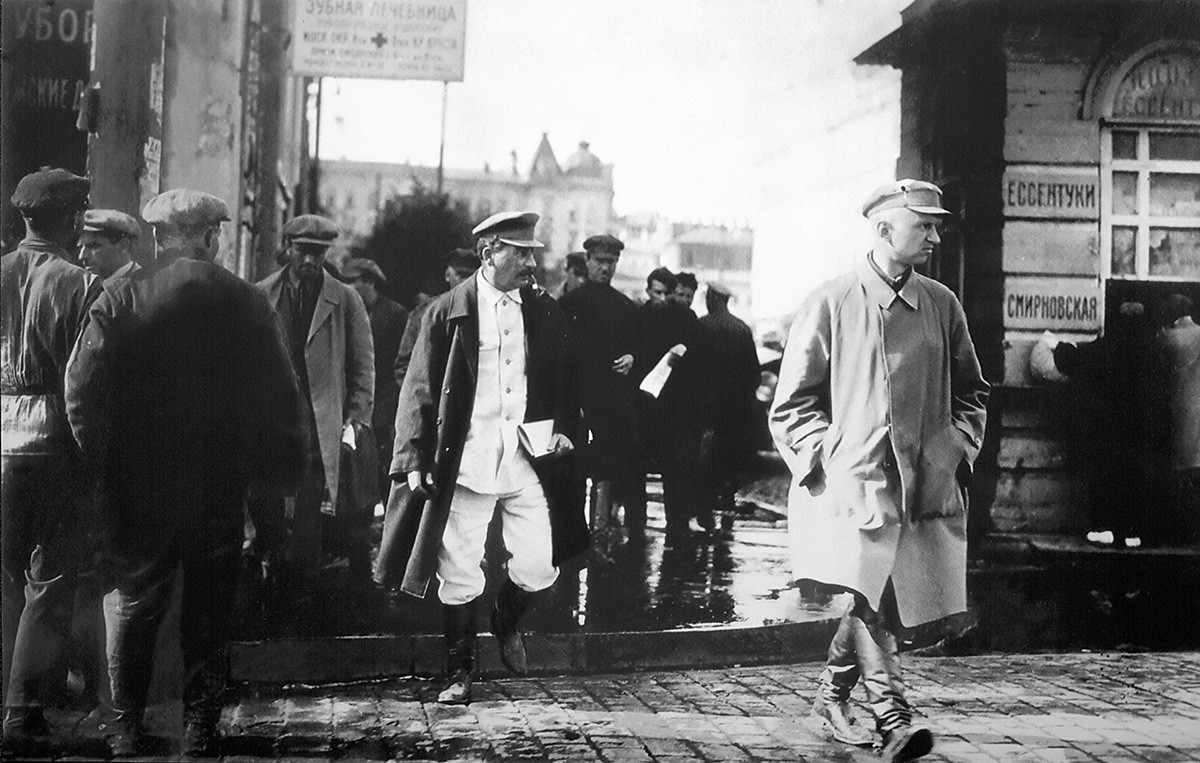 Only a very tight circle of people were privy to the truth. Dadaev had to sign a non-disclosure agreement, forbidding him even from communicating with his family.

A target for assassination attempts

When Dadaev passed his first test with flying colors, he was given a new assignment - appearing in front of a crowd, surrounded by other party members.

“The main objective was to try and hold a test run meeting (with party cohorts - ed.) in total silence - presumably because ‘the leader isn’t in the mood for chatter’, but if, for some reason, I was being compelled to speak, I was to do so laconically and, of course, using Joseph Vissarionovich’s voice. This was, perhaps, my easiest mission to date.” 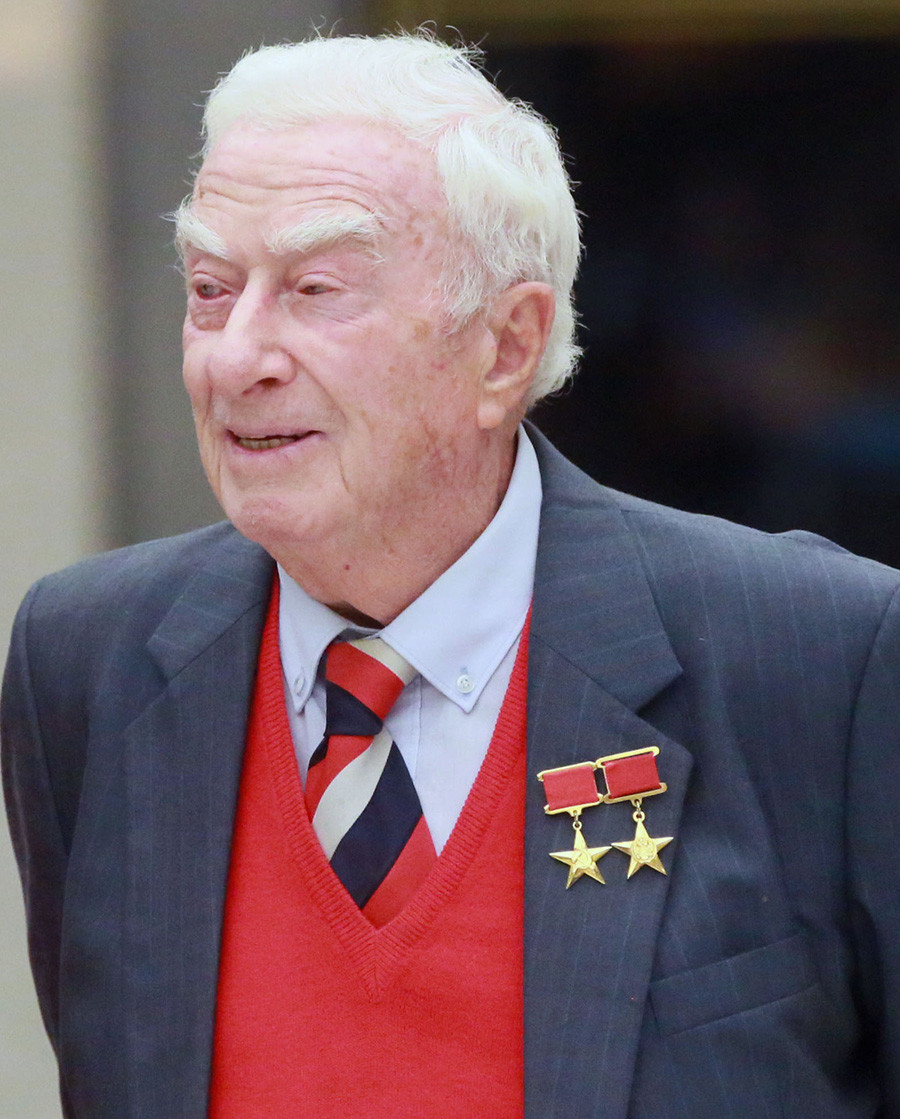 This opened the door to being trusted with more serious assignments, such as state visits by foreign delegations, being filmed for posterity, reading out reports on the radio, being seen at the Red Square parade in celebration of the Victory in the Great Patriotic War, waving to crowds from the Mausoleum and so on. And no one was any the wiser! It transpired years later that many of the books and media appearances that featured Stalin’s likeness were actually Dadaev!

Perhaps the most important mission he was ever given was to perform a departure of the USSR head of state to the Tehran Conference in 1943.

“They came up with the idea for two flights - one to draw attention. It was me, dressed up as Stalin, showing up at the given time and getting into the car and driven to the airport with security in tow. This was all to make Stalin (well, his copy) appear on the radar [of foreign intelligence],” remembers Dadaev, who was obviously not at the actual meeting of three leaders in Tehran. However, it was there that another attempt on Stalin’s life was carried out. 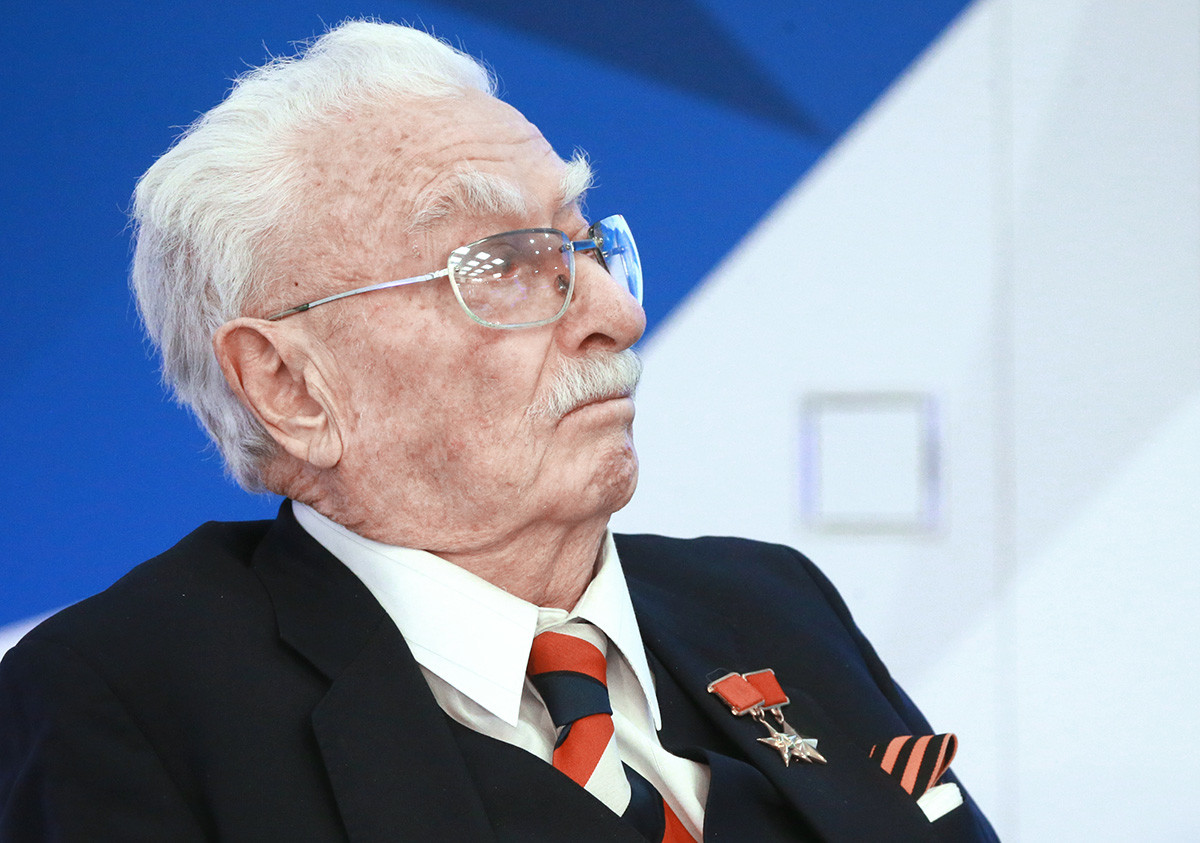 The man only met the real Stalin once in his life. The meeting lasted no more than five minutes and took place in Stalin’s reception office. Dadaev, having been in a state of shock and awe, can’t remember the faintest detail: “Aside from Joseph Vissarionovich’s smile - as well as his heavy nod of approval, I couldn’t memorize anything.”

Following Stalin’s death, there was no longer need for a double, and Dadaev had returned to acting... as well as standup comedy, which resulted in shows across the country. Until 1996, all information pertaining to the double was a matter of strict secrecy, with the fact only mentioned in his classified personal file, kept somewhere in the KGB’s vaults. When the veto was lifted, everything became public, but even all these years later, Dadaev claims he still cannot divulge the full truth. Only one chapter in his book was dedicated to the matter.