The most devastating earthquakes in the history of the USSR 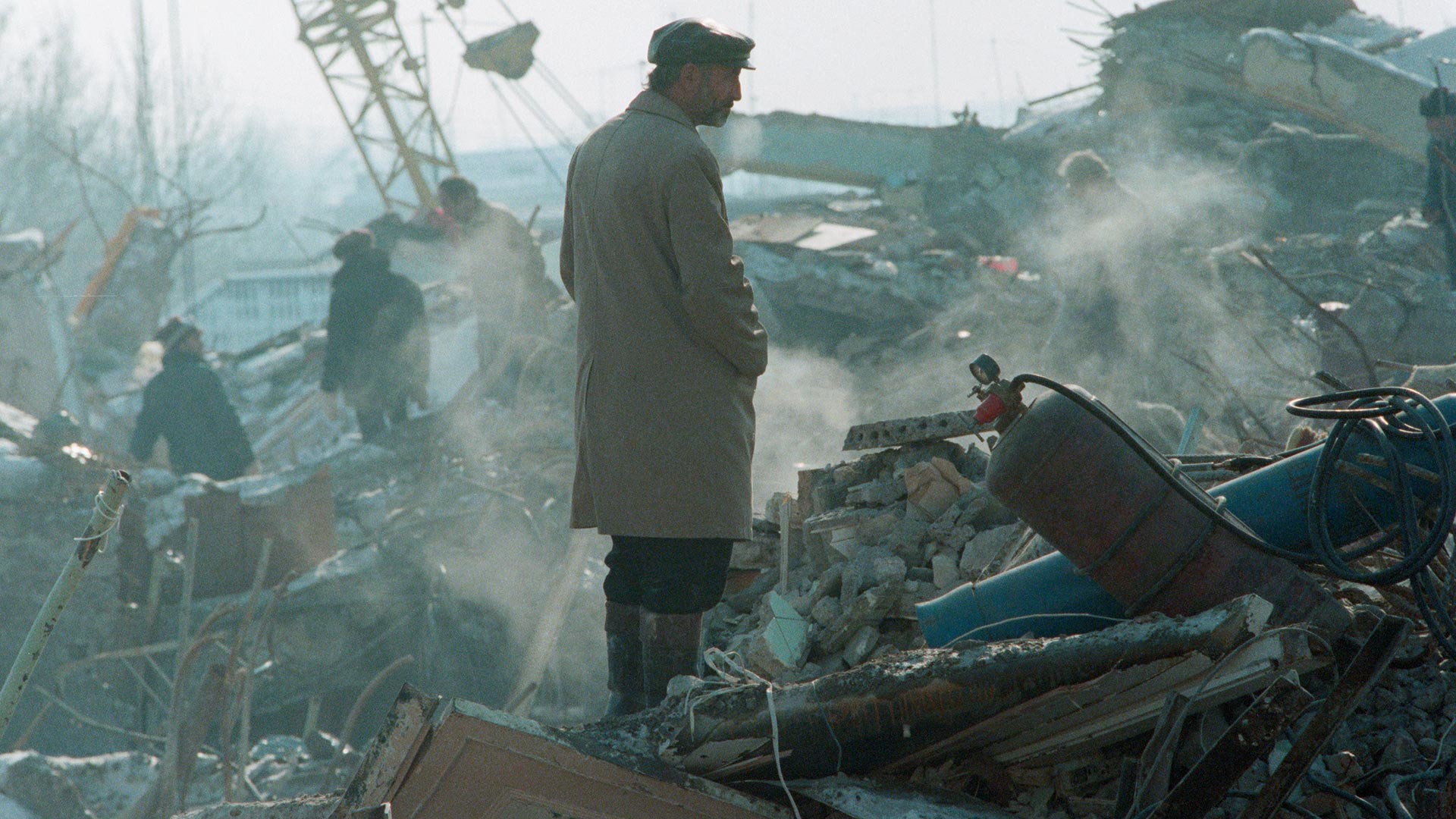 David Turnley/Corbis/Getty Images
The 1988 Spitak earthquake in Armenia exploded with the force of ten Hiroshimas. In the space of 30 seconds, the city was literally wiped off the face of the Earth. 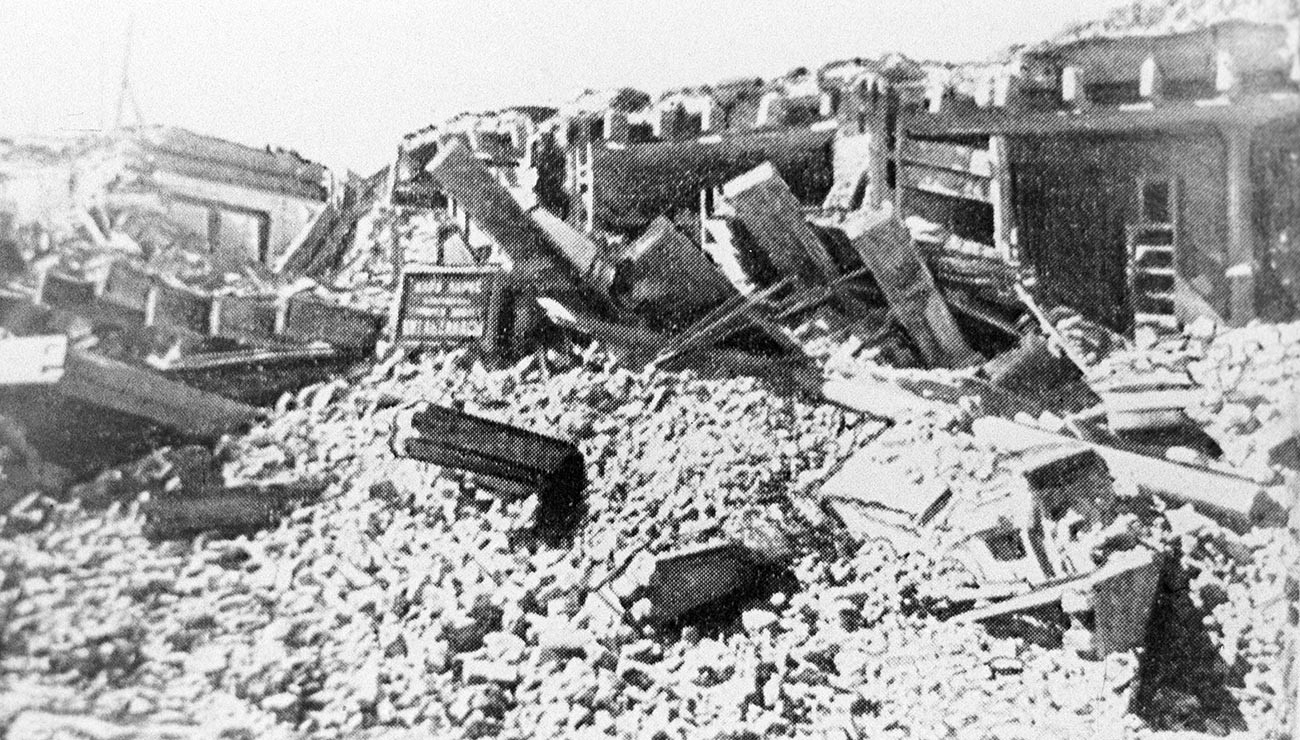 On Oct. 6, 1948, at about 1am, the capital of the Turkmen Soviet Socialist Republic (SSR), Ashgabat, was shaken by powerful tremors measuring 7–10 on the Richter scale. The fragile, one-story earthen houses that comprised most of the city’s architecture collapsed almost instantaneously, becoming the graves of thousands of inhabitants.

“The lights went out... For several seconds in the pitch blackness, the rumble of crumbling buildings and the crack of breaking beams could be heard,” recalled Tikhon Boldyrev of the local medical service: “A dull noise, like a deep sigh, swept across the city, followed by a deathly silence. The air was filled with thick, suffocating dust. Not a single sound, not a single cry for help, no sound from any animals — as if under the ruins absolutely every living thing had perished. Only a while later did the first signs of life appear: cries for help, groans from the wounded, crying children, wailing and grieving for lost loved ones.” 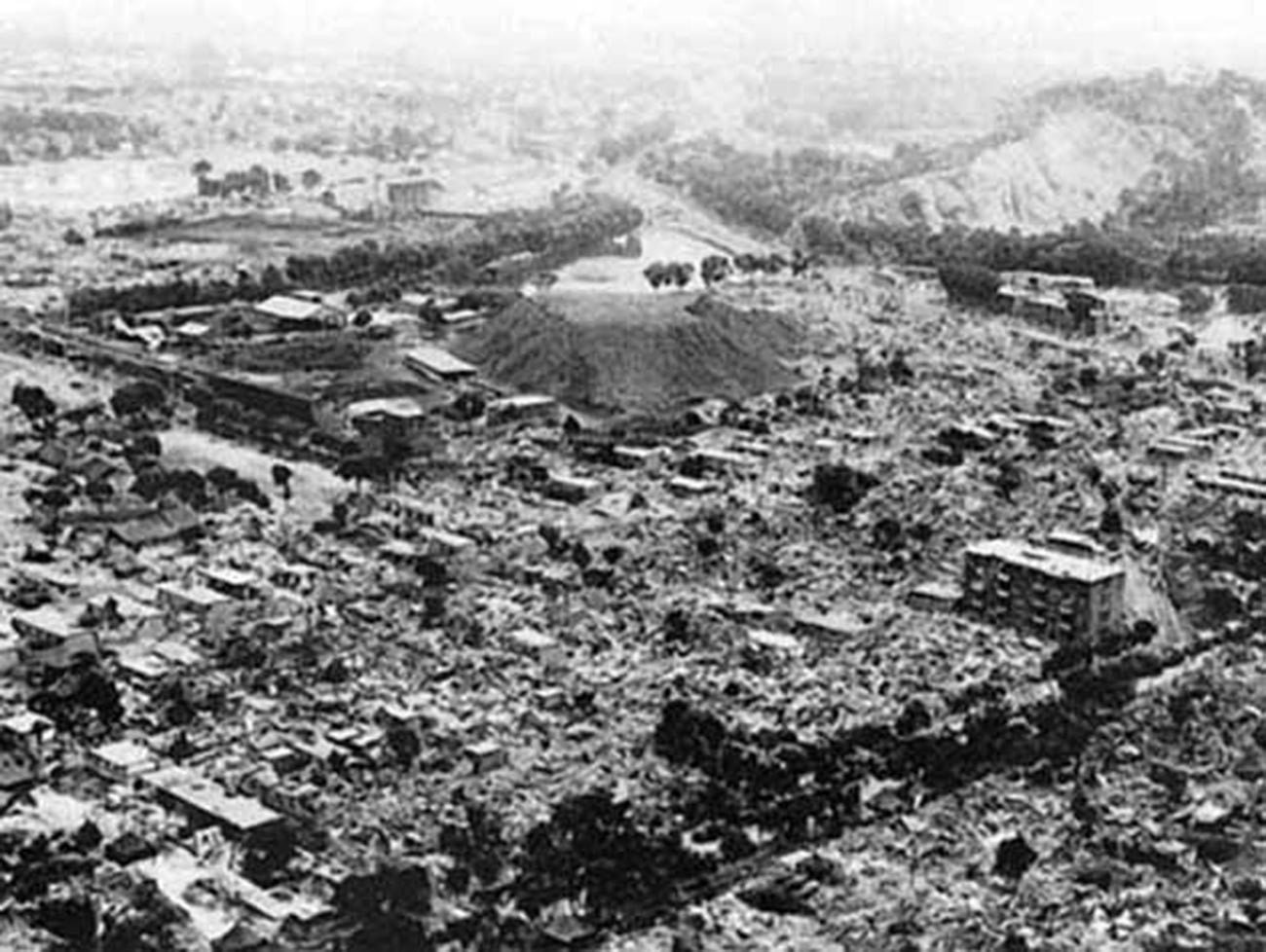 The State Museum of Turkmenistan

Fires broke out at industrial enterprises, of which there were over 200 in the city. Residents attempted to pull relatives out from under the rubble, often to no avail. To pile trouble on top of turmoil, inmates escaped from the destroyed local prison and took weapons from police stations. Looting, robbery and murder increased dramatically.

To rescue people and mitigate the disaster, troops, police, medical staff, food, medicines, clothing, building materials and equipment were sent to Ashgabat. Since all the hospitals lay in ruins, makeshift sickbays were set up right on the streets. Due to the threat of infection in the heat, doctors had no option but to amputate injured limbs, which in normal conditions could have been saved.

One of the most destructive earthquakes in history, it cost the lives of 30–100,000 residents of Ashgabat and its environs. In 1949, work began to rebuild the Turkmen capital practically from scratch. 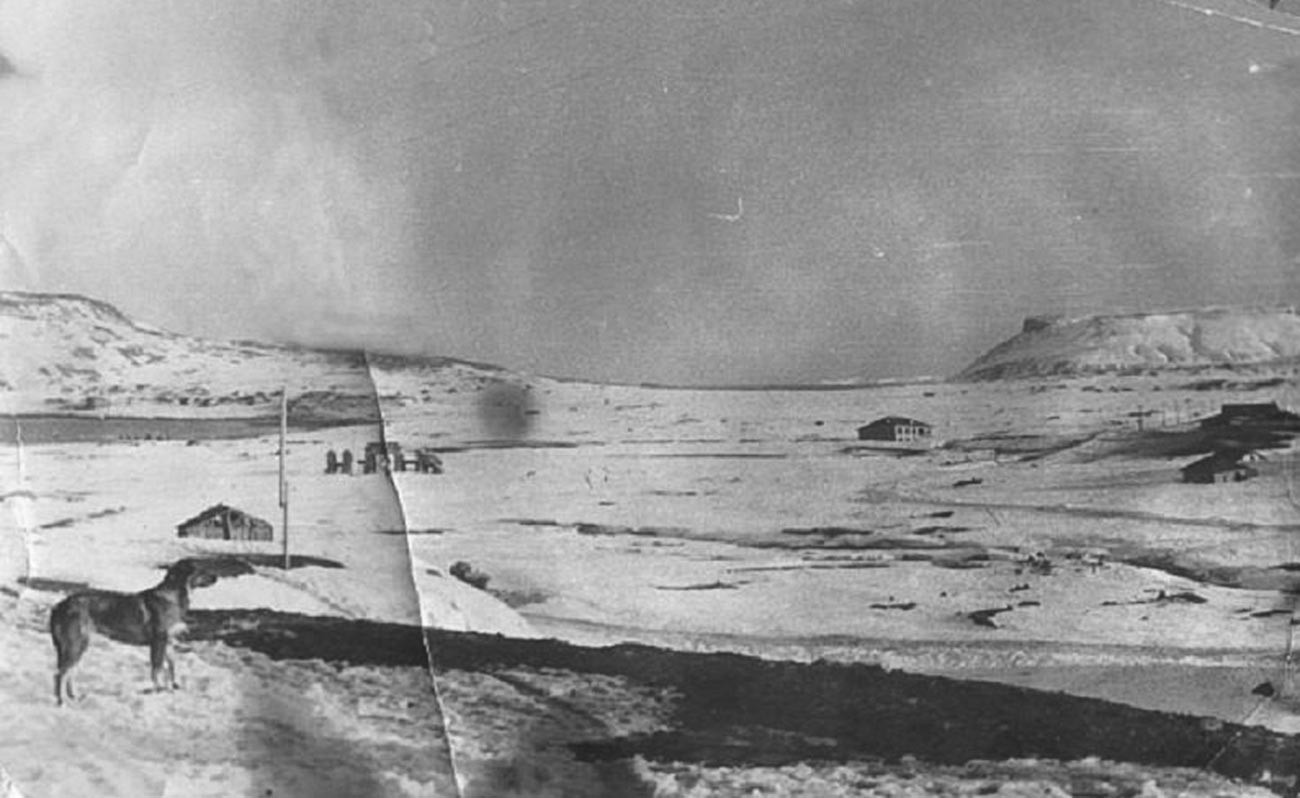 On Nov. 5, 1952, a powerful earthquake up to 9 on the Richter scale struck 130 km from the Kamchatka Peninsula in the Pacific Ocean. At 5am, the tremors were felt by people along the Soviet coast.

The damage to settlements was relatively minimal: cracks in the ground and building walls. However, the earthquake triggered something far more terrible — a tsunami. And for one Soviet town in particular, it proved fatal.

The first wave hit Severo-Kurilsk on Paramushir, one of the Kuril Islands, 20 minutes after the quake. “...We hadn’t yet got to the district office when we heard a thunderous noise, then a crash from the sea,” recalled state security officer Deryabin: “We looked round and saw a huge wall of water coming towards the island from the sea... I gave the order to warn people by firing weapons and shouting, “Water!” At the same time, we headed for the hills. Hearing the noise and shouts, people began running out of their apartments in whatever they happened to be dressed (most in underwear, barefoot) and following us onto higher ground.” 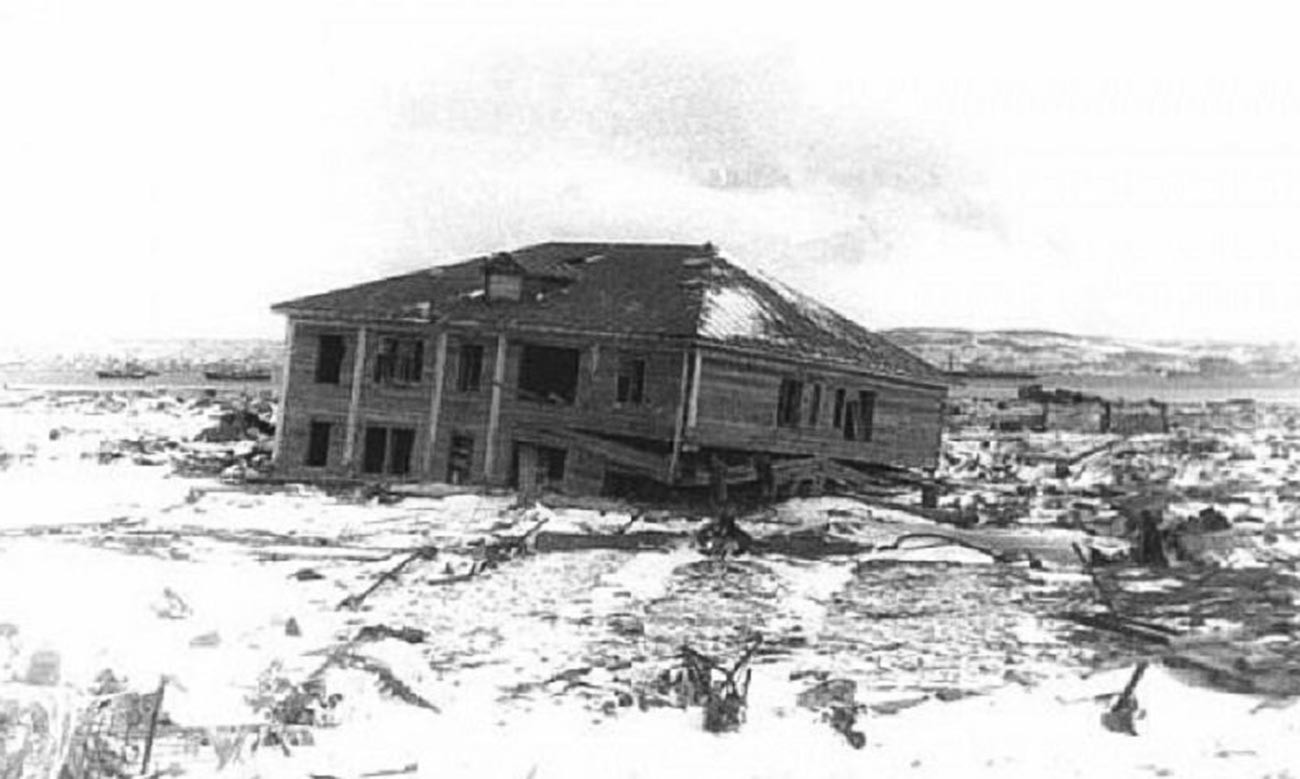 Half an hour after the first, a second, even more destructive wave up to 20 meters high arrived. Thinking that the worst was over, people had already started descending from the hills back to their homes. This second wall of water dealt the most terrible blow. “Dead bodies were strewn all over the ground,” recalled Lev Dombrovsky. “One man was hanging from a crane mast. One building made of slabs was structurally undamaged, but the roof, doors and windows were torn out.”

The third wave that soon followed swept out to sea anything that still could be. Whole houses, roofs and debris were seen floating in the coastal waters, intermingled with lifeless corpses. According to official data, the disaster in Severo-Kurilsk cost 2,336 lives — more than half of the town’s population. 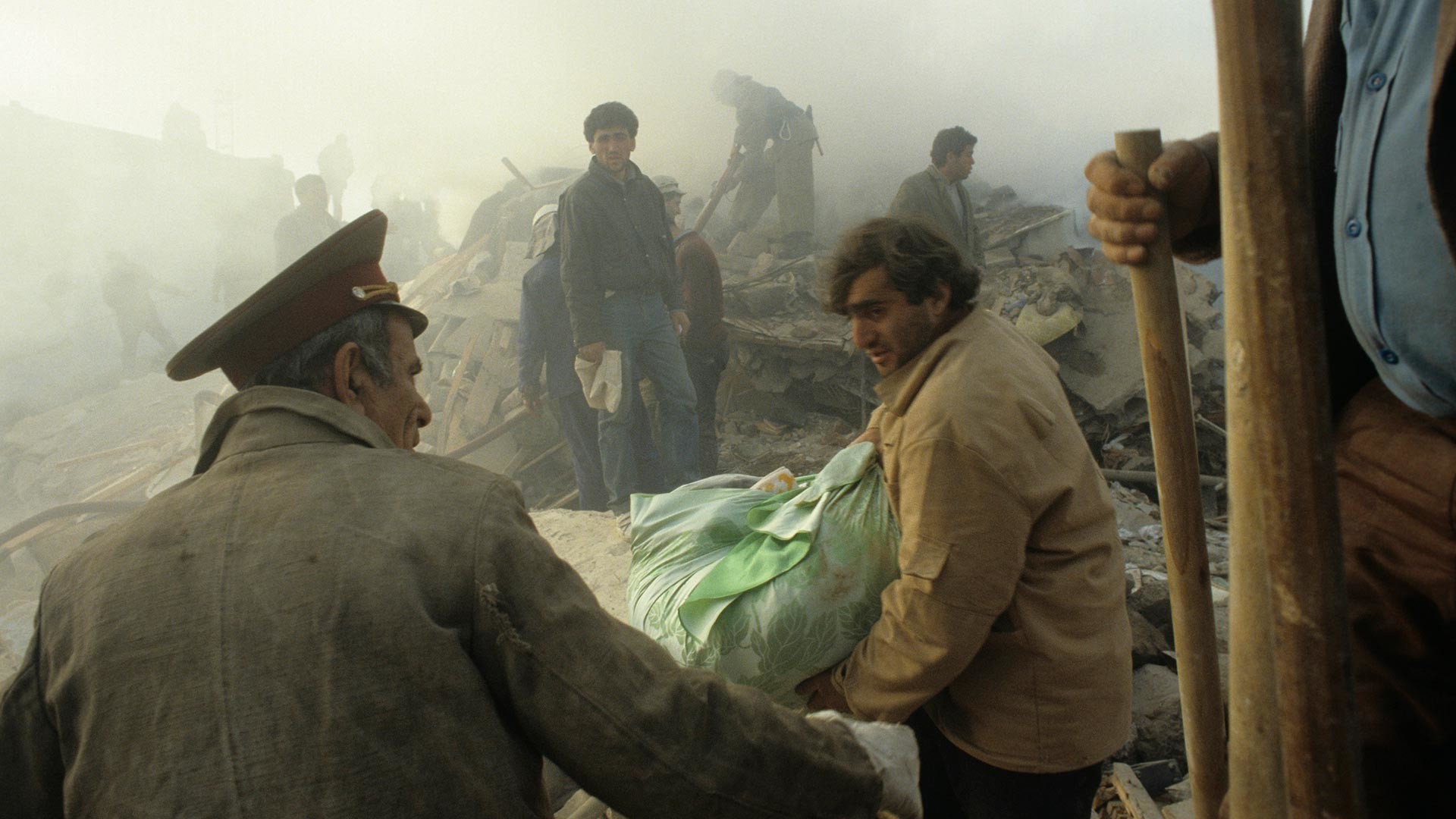 The Spitak earthquake, with a magnitude of up to 9 on the Richter scale, lasted barely half a minute, but that was long enough to destroy half of the Armenian SSR. The energy released in the rupture zone on that frightful day, Dec. 7, 1988, was the equivalent of ten atomic bombs dropped on Hiroshima.

The epicenter of the devastating quake was the city of Spitak in the north of the country. “At first, there was a very strong rumble. Then after a couple of seconds, the ground started shaking. I was thrown a few feet to one side,” says eyewitness Gayk Margaryan:“I got up. I wanted to jump out [from the window in the room] but didn’t have time. After a few seconds, there was a second tremor. Everything was shaking so violently it was impossible to stand upright.” 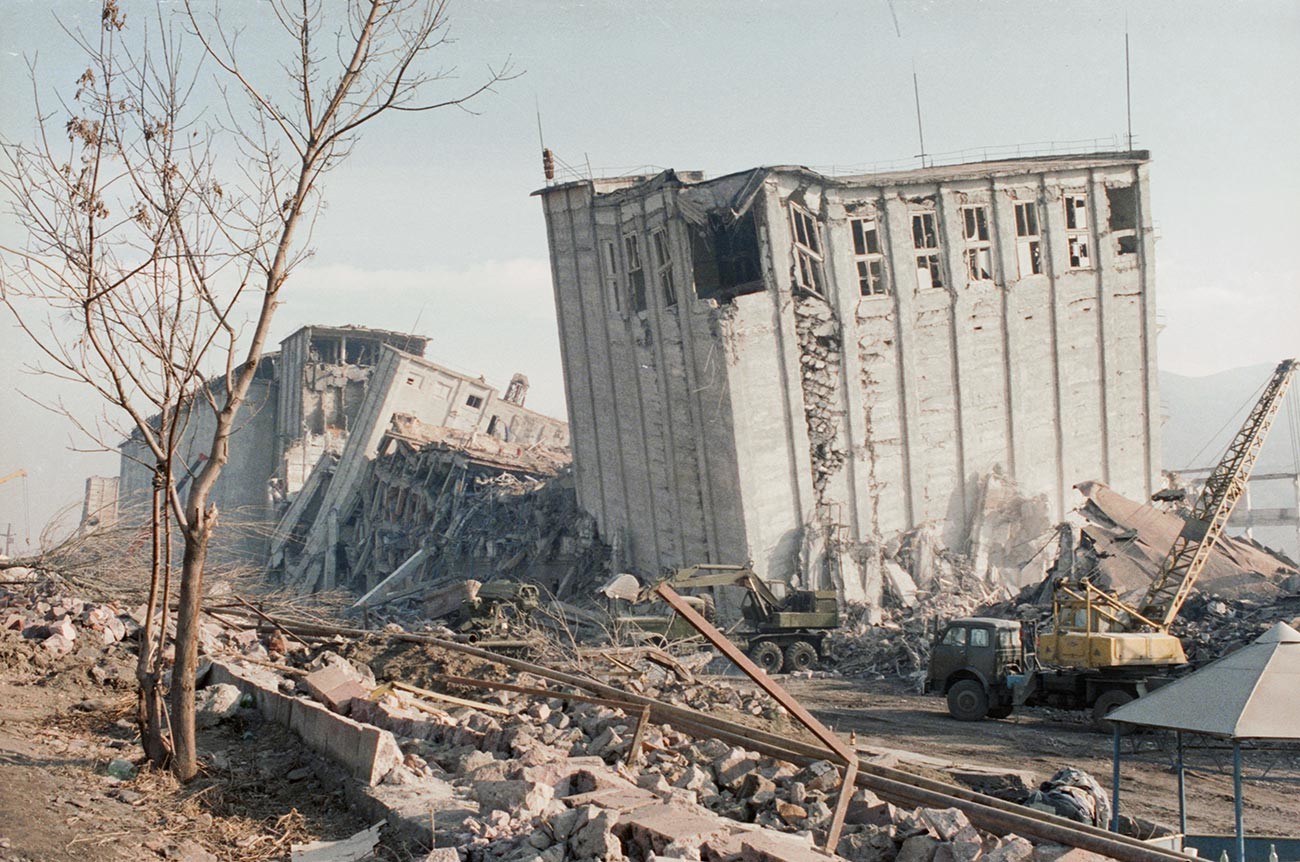 The second shockwaves were much stronger than the first. Entire multi-storey buildings collapsed like a house of cards, burying under the rubble those who had not managed to get out. The asphalt rose and fell in a wavelike motion. In the local mountains, there appeared a crack six meters deep, 37 kilometers long.

Practically nothing remained of the city of Spitak. And a further two dozen towns and cities, and about 300 villages were affected by the earthquake. Around 25–45,000 people died, 140,000 suffered life-changing injuries, and more than half a million were left homeless. 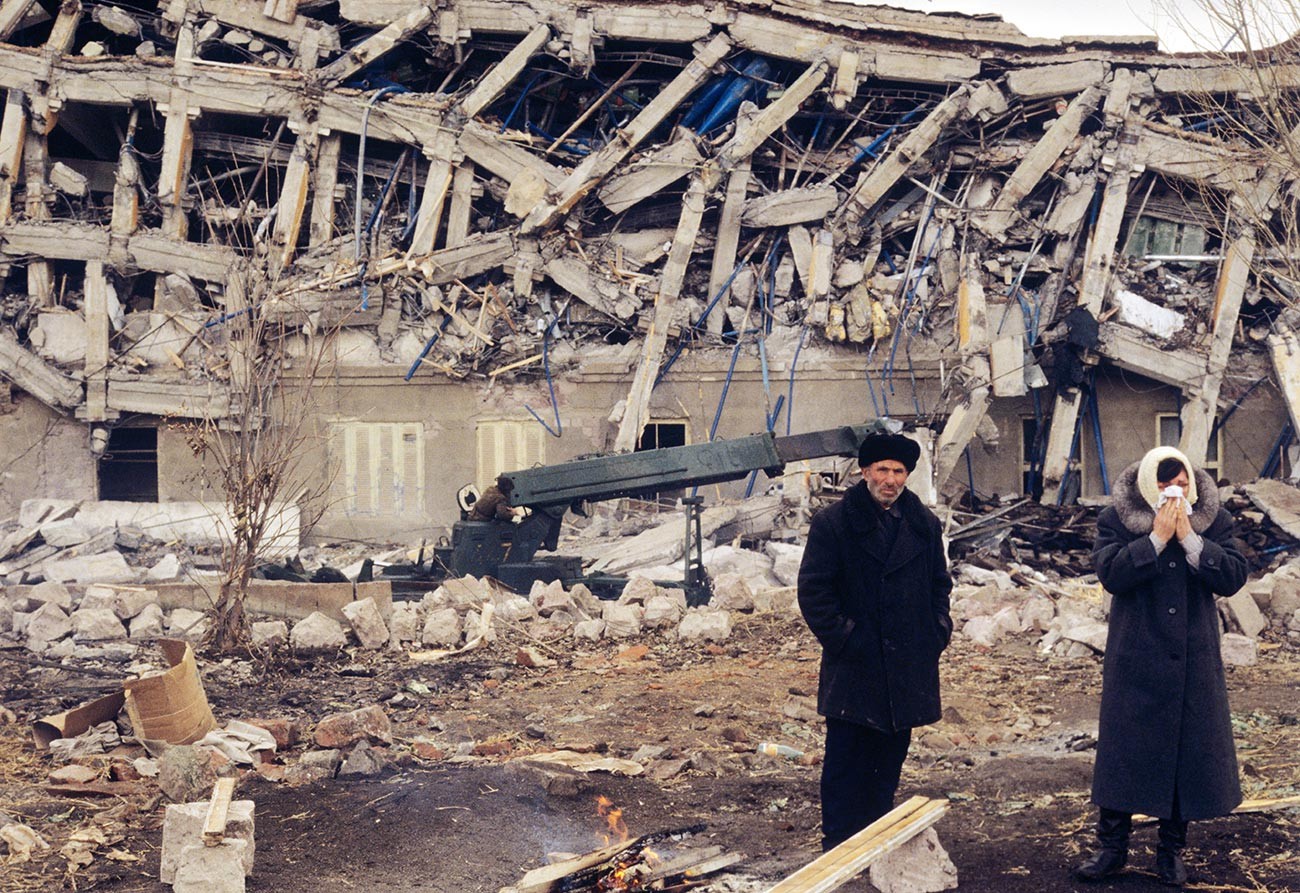 All the resources of the Soviet Union were sent to help Armenia. And 111 countries worldwide sent humanitarian supplies to the earthquake zone. With the help of army forces and volunteers, 16,000 people were pulled from the rubble, and more than 40,000 were taken out of the worst-hit areas.

“The worst thing was not the many dead covered with carpets, blankets and flowers in the stadiums, squares and cracked streets,” correspondent Natalya Kozlova recalled: “The most haunting thing was the survivors. They walked around slowly, like ghosts. No one screamed or even raised their voice... If asked a question, they answered. If led by the hand, they followed. But as soon as you let go of their hand, they turned around and walked back.”