The mystery of the Siberian Ice Maiden 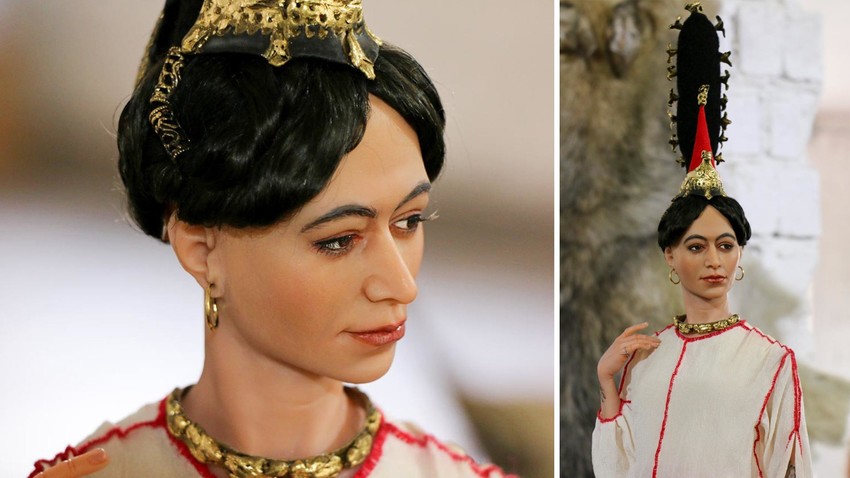 An artistic reconstruction of the image of the 'Siberian Ice Maiden' by Ekaterina Shardakova.

Hotel "Tsarskaya Okhota"
A mummy of a tattooed Scythian-Siberian noblewoman is believed to have supernatural powers, but it’s stored in a museum because of its scientific value.

In 1993, Russian archaeologist Natalya Polosmak and her team discovered an ancient tomb at the Ukok Plateau, in the Altai Mountains region of Russia near the border with China. 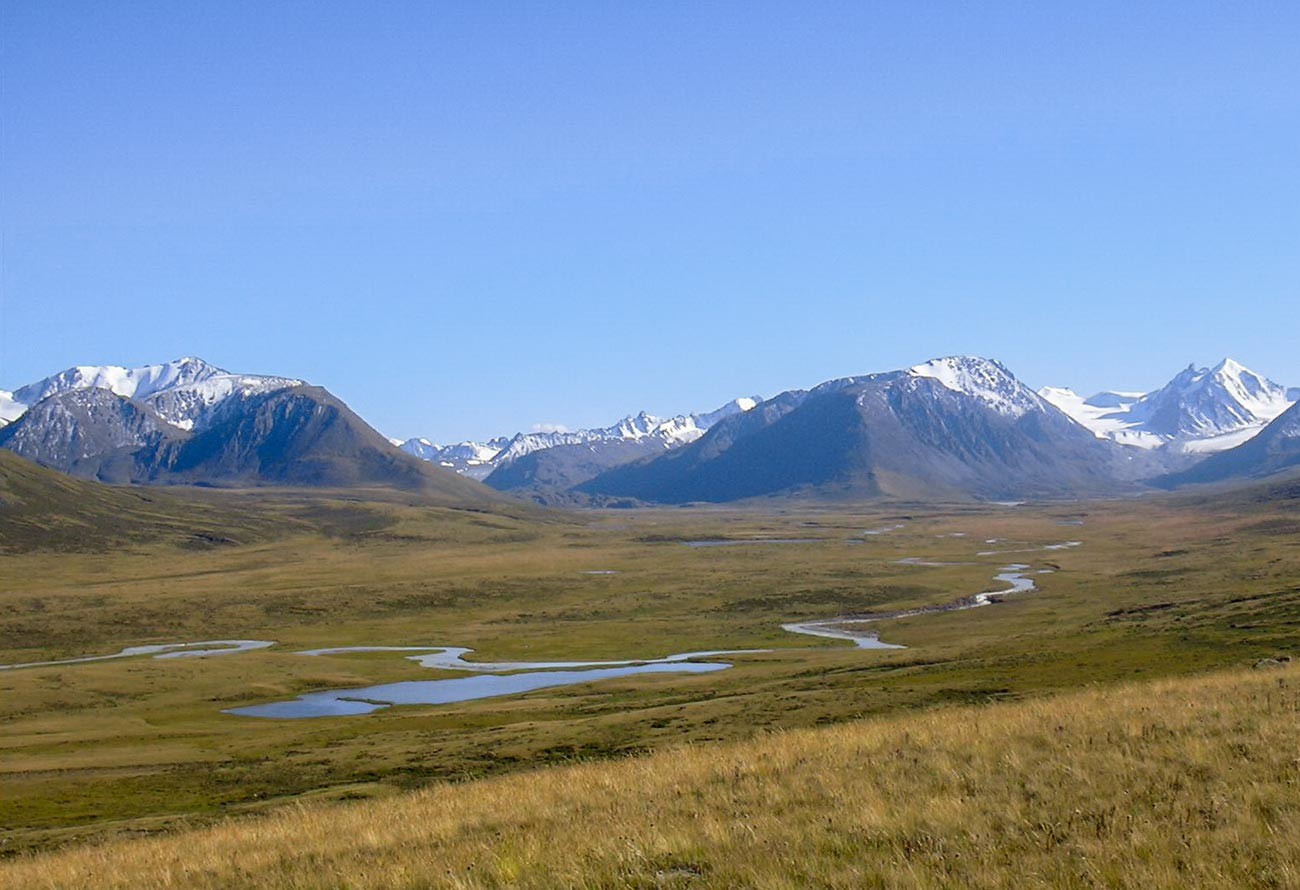 The contents of the tomb were embedded in ice. As the archaeologists carefully melted the ice, they saw a burial of some very important person – six horses in full harnesses were sacrificed and buried near a wooden coffin made of a solid larch wood tree trunk. Inside the coffin, a body of a young woman was interred, in an astonishing state of preservation – even the tattoos on her skin could be clearly seen. 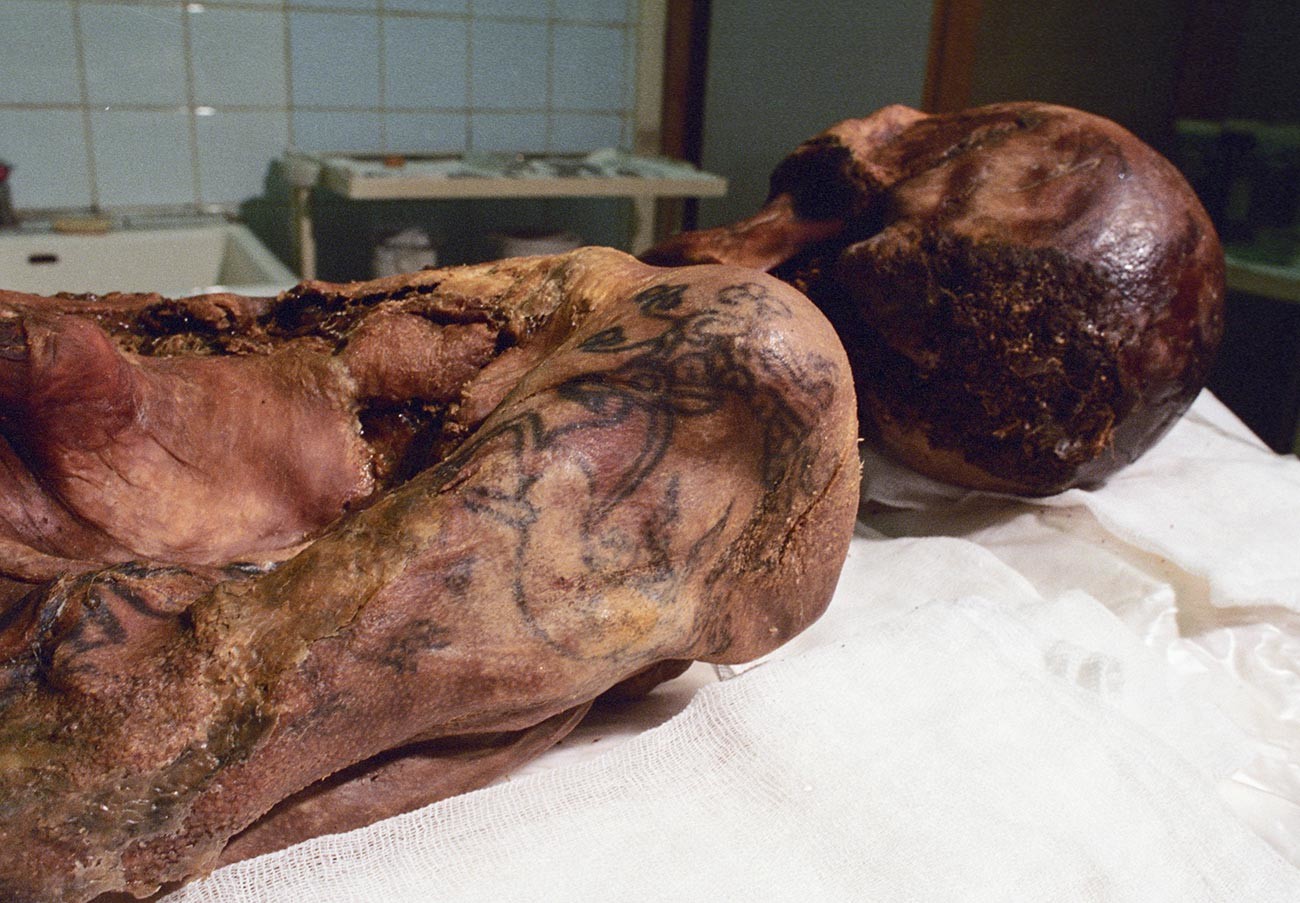 The carcass of the 'Siberian Ice Maiden,' with her tattooed arm visible.

The archaeologists transported the body to Novosibirsk to carry out the necessary research. But it caused an outrage among the Altai people. They still believe the ‘Princess of Ukok Plateau,’ or, as she was called in English-language press, ‘The Siberian Ice Maiden,’ is the mystical keeper of Altai and the guardian against the evil powers. The locals claimed that the ‘Princess’ was the progenitor of Altai people and must be returned to her place of burial.

Was she really a princess? 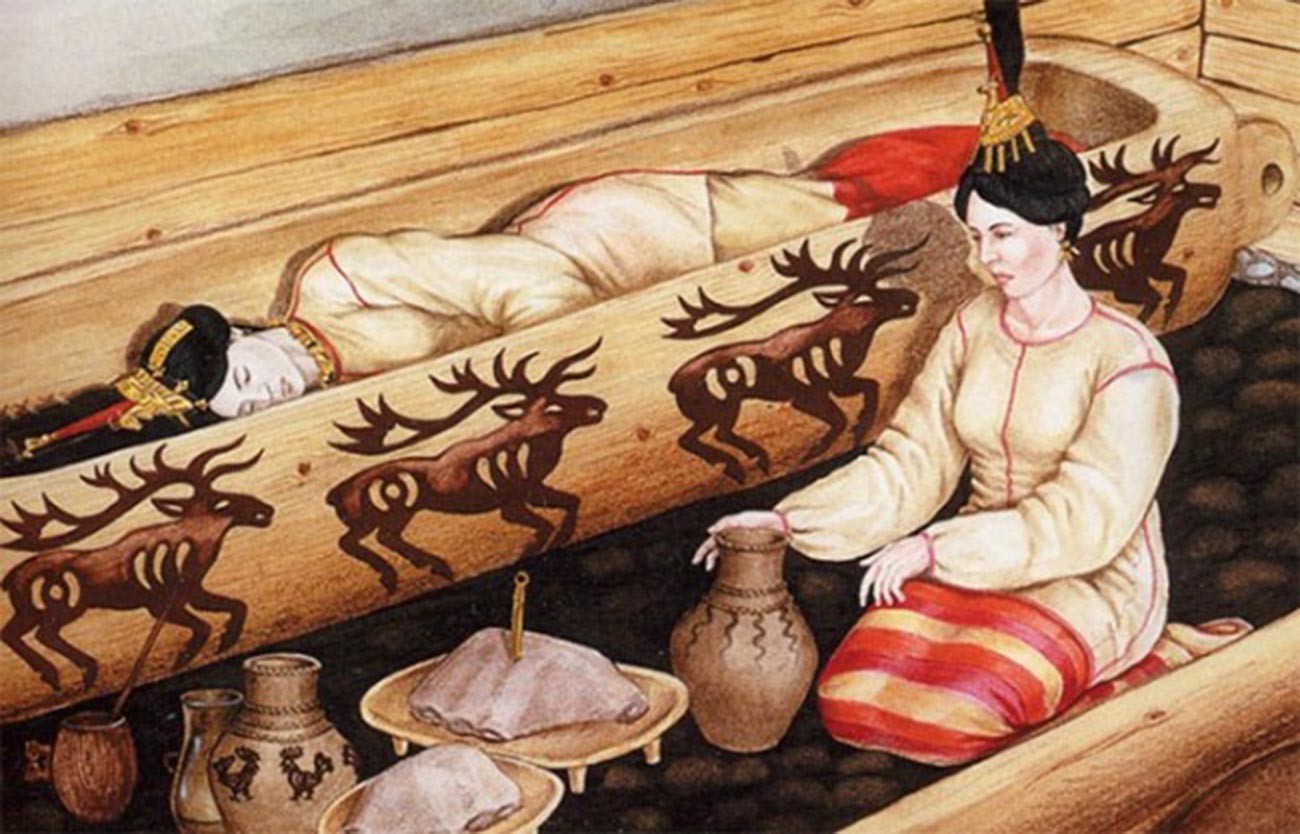 The reconstruction of the 'Siberian Ice Maiden's' burial.

The National Museum of the Altai Region in Gorno-Altaisk

The woman’s body, carefully embalmed using peat and bark, was laid on its side as if she were asleep. She was young and her hair was shaved, but she wore a wig and a tall hat. She was 167cm tall. Some tribal animal-style tattoos remained on her pale skin: creatures with horns that evolved into floral shapes. Her coffin was made large enough to accommodate the 90cm felt headdress she wore. She was also wearing a long wool skirt with red and white stripes and white felt stockings.

The ‘Maiden’ belonged to the Pazyryk culture. The Pazyryk people, a congregation of Scythian nomadic tribes, lived in the Altai mountains in the 6th to 3rd centuries B.C. But how could she be preserved so well? 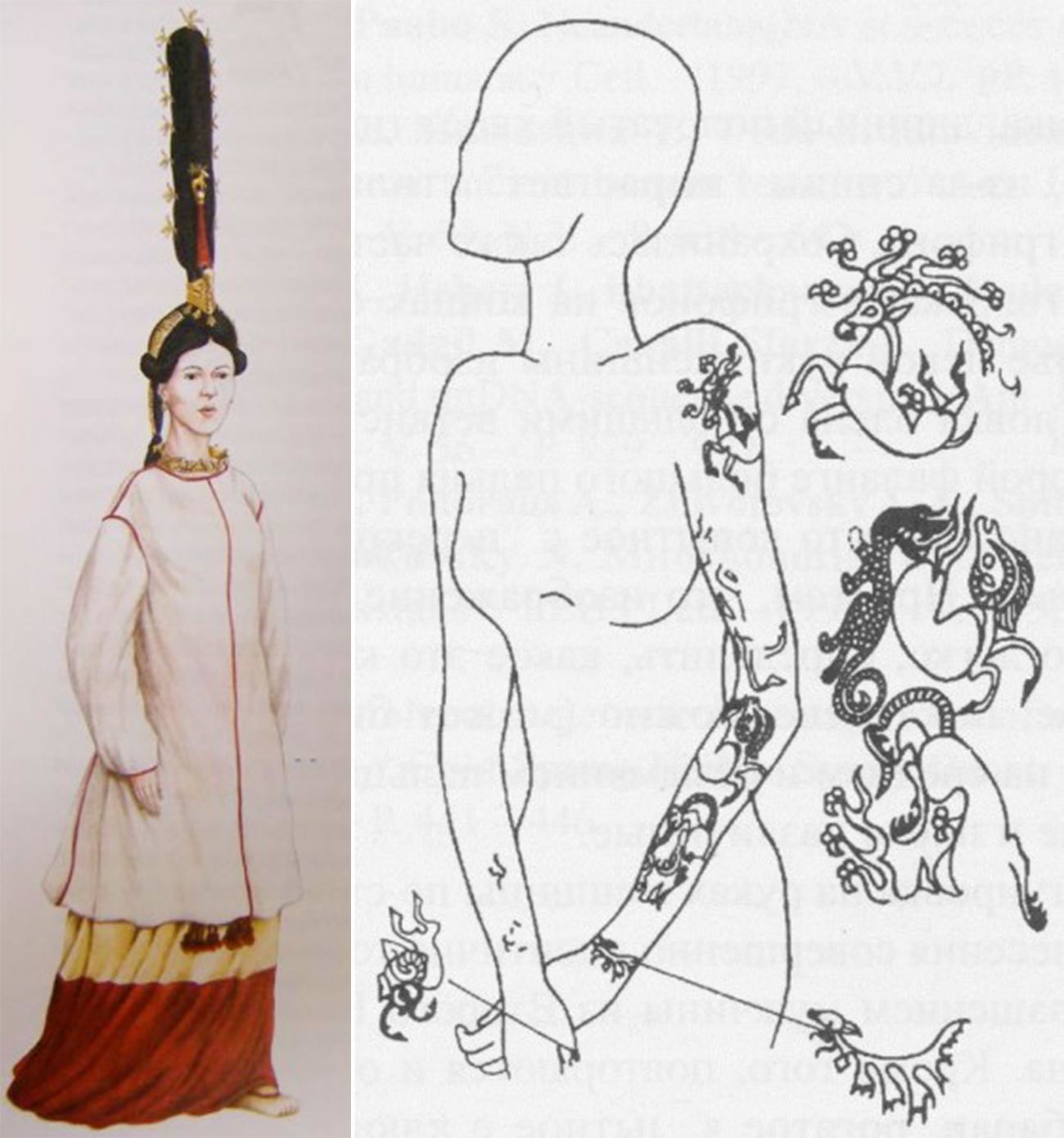 Institute of Archaeology and Ethnography of the Russian Academy of Sciences, Siberian branch.

Somehow, many Pazyryk burials in this region were flooded, possibly with underground waters, and then froze – so the organic remains were preserved almost untouched by decay. During the 20 years the ‘Maiden’ spent in Novosibirsk, scientists studied her carcass quite well and have published their findings.

The embalmed body was buried at least three months after death. All this time, the mysterious woman continued to play a special role in the life of her tribe — for example, she was put in some chairs, which can be seen from the traces on the body. At the same time, a complex, time-consuming ceremony of embalming is a sign of the extraordinary status of the deceased. However, the scientists deny her status as a ‘Princess.’ 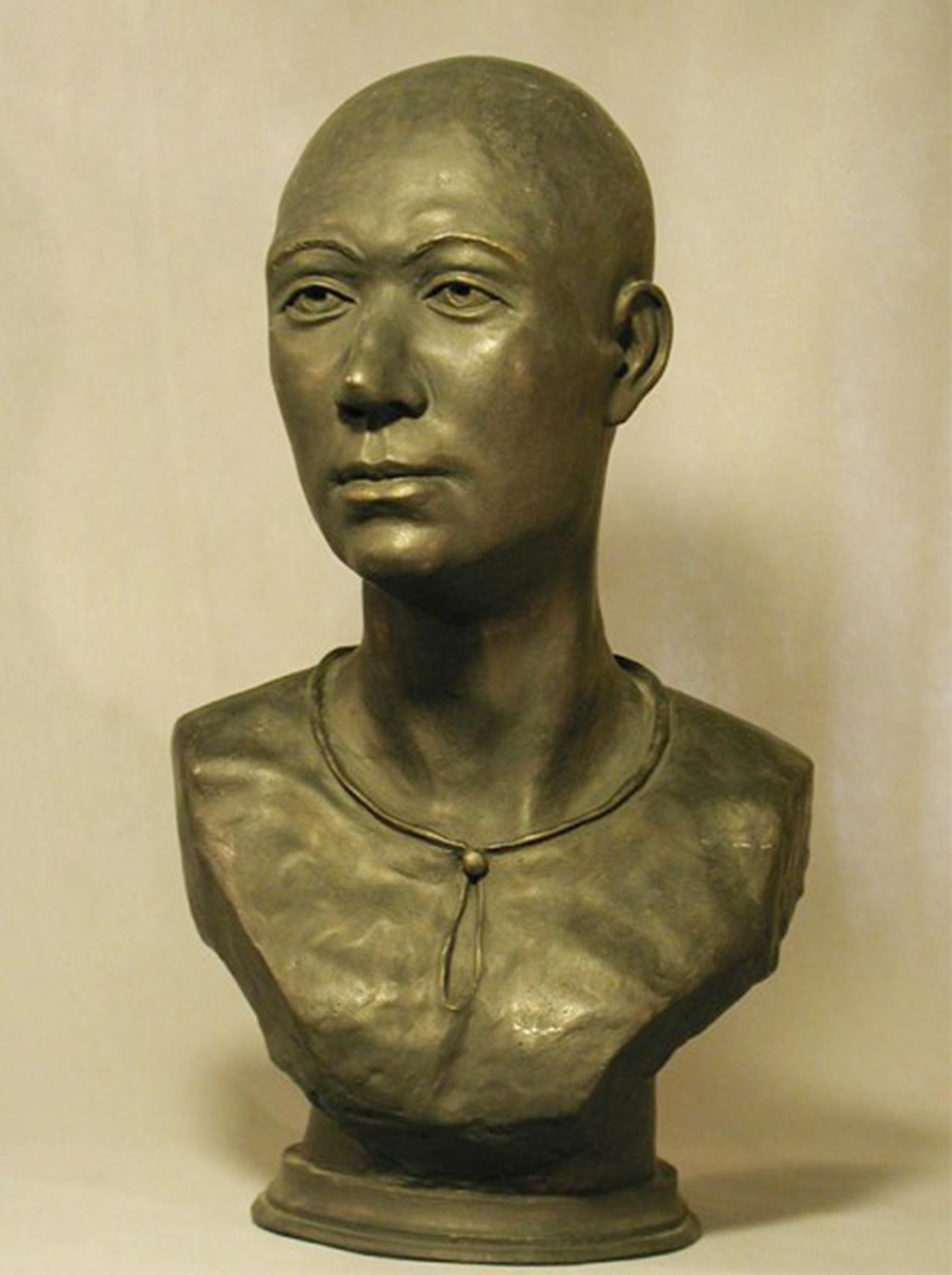 The reconstructed facial image of the 'Siberian Ice Maiden.'

Institute of Archaeology and Ethnography of the Russian Academy of Sciences, Siberian branch.

“It’s not accurate to call her a ‘princess’. She was not a princess, she was a representative of the middle layer of the Pazyryk society,” archaeologist Vyacheslav Molodin, academician at the Russian Academy of Sciences, and Natalya Polosmak’s husband, told “Expert-Siberia” magazine in 2012. “The hype around our discovery arises when some events occur in the Altai: either elections, or earthquakes, or a local budget deficit. Immediately, this "lady" is being brought up: [some people claim that] all the troubles occur because she is in Novosibirsk, and not in the Altai,” Molodin concluded. 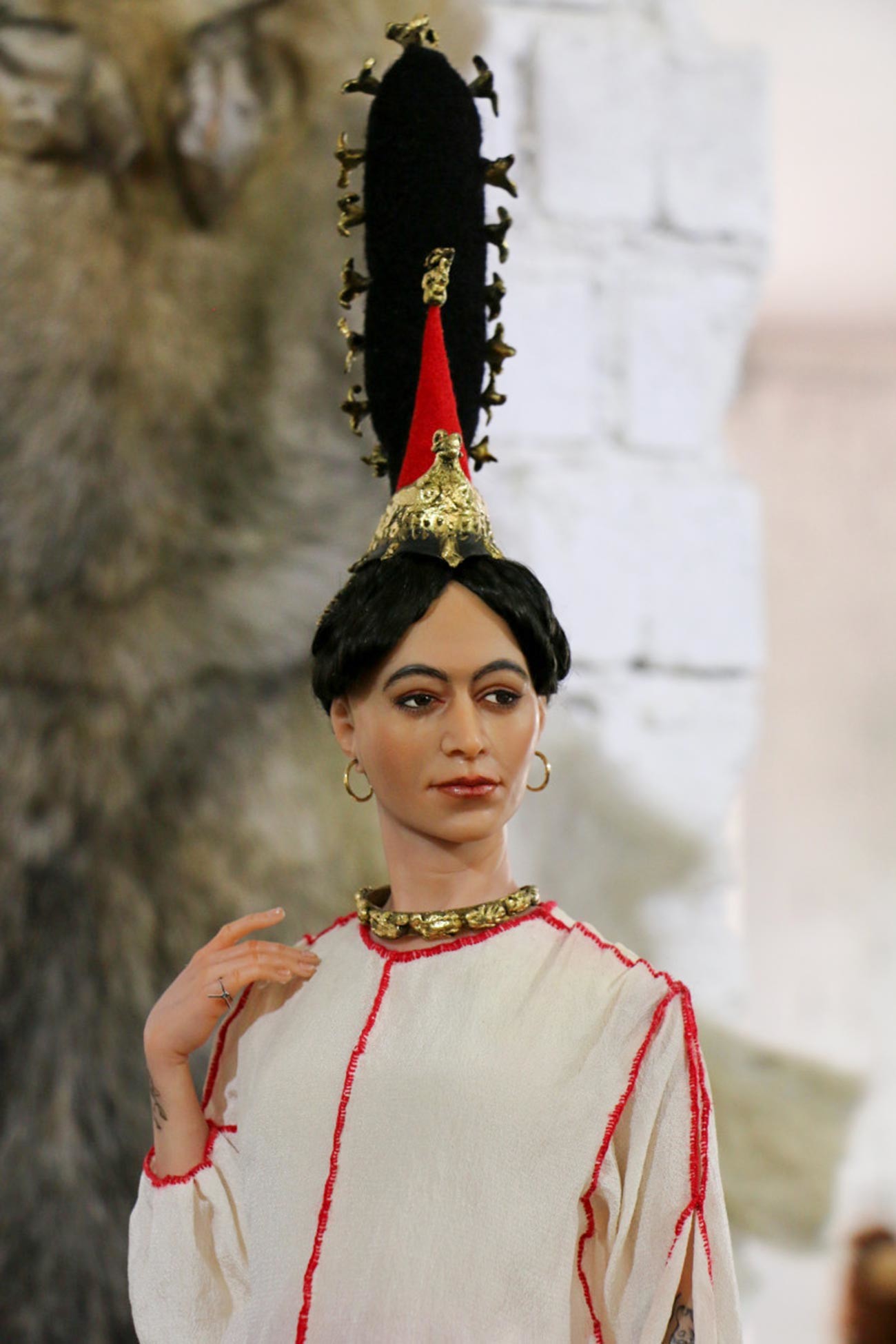 An artistic reconstruction of the image of the 'Siberian Ice Maiden' by Ekaterina Shardakova.

The tomb of the ‘Ice Maiden’ was not as big and richly decorated as the tombs of Pazyryk noble people, located in the same area. But what is more important, it’s located at a distance from the ‘noble’ burials.

In ancient cultures, such distant burial was performed with women whose professional occupation involved a vow of celibacy. According to scientists, she was probably a healer or a shaman. She inhaled periodically the fumes of copper and mercury (this was established thanks to chemical analyses), which was most likely connected with some rites. The fumes were certainly harmful to the woman's health. But they could not be fatal. So what did the Altai maiden die of? 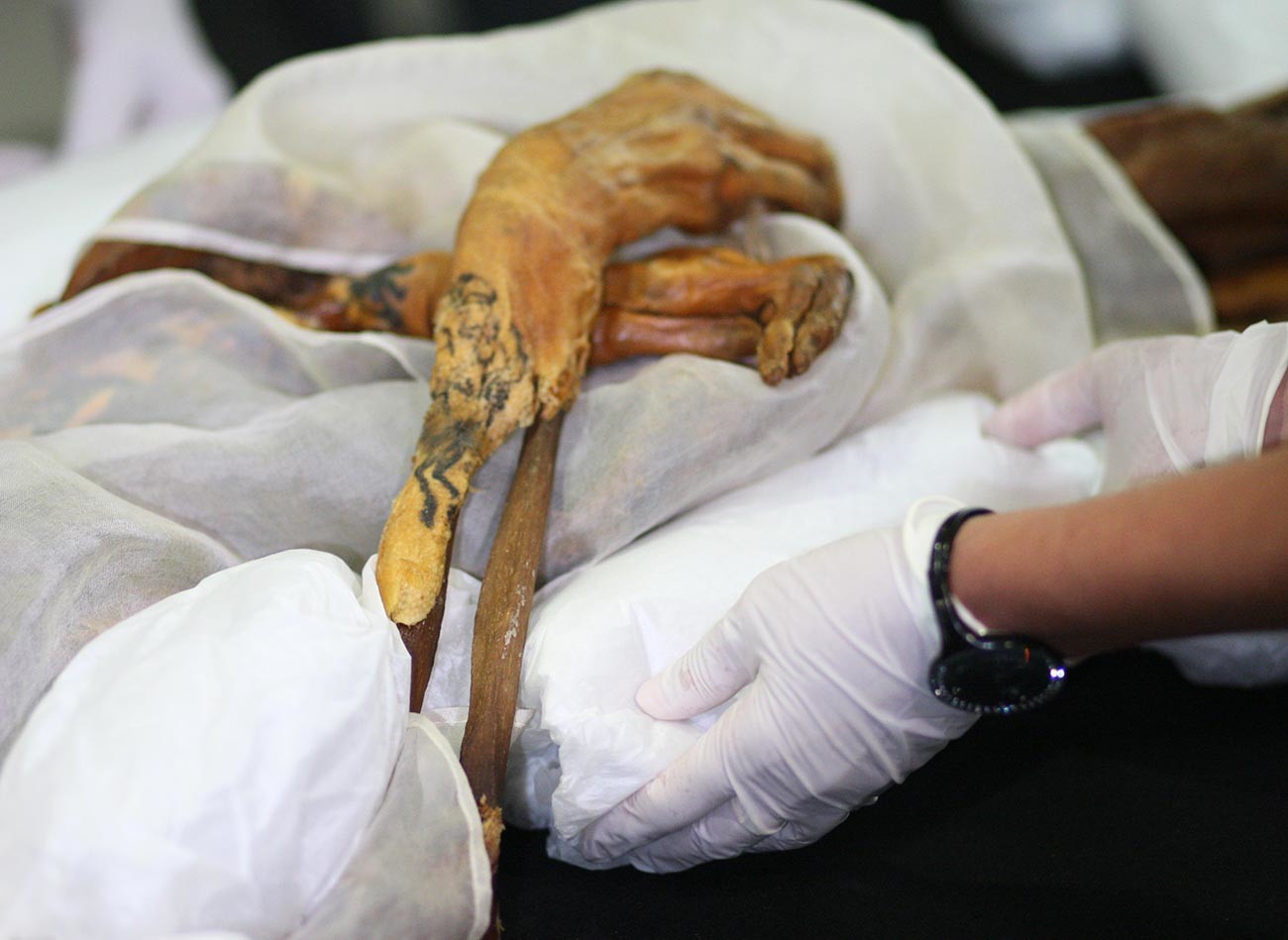 The mummy being packed for transportation back to Altai from Novosibirsk. 2012.

The mystery was solved only in the 2010s with the help of a computed tomography scan. It showed that the maiden suffered from breast cancer that killed her in about three years. She was 25 at the time of her death. The DNA research performed on the remains showed that the ‘Maiden’ is genetically closely related to contemporary Selkup and Ket peoples – indigenous Siberian tribes still living in Russia.

In 2012, the mummy returned to Altai – but not to its tomb. “While shamans performed rituals at the place where she was excavated,” Gertjan Plets wrote for “Post-Soviet Affairs” in 2019, “indigenous leaders and elders accompanied her to the newly renovated National Museum of the Altai Republic in Gorno Altaisk, a state-of-the-art historical museum curated by indigenous elites celebrating Altaian culture and otherness vis-à-vis Russia.” 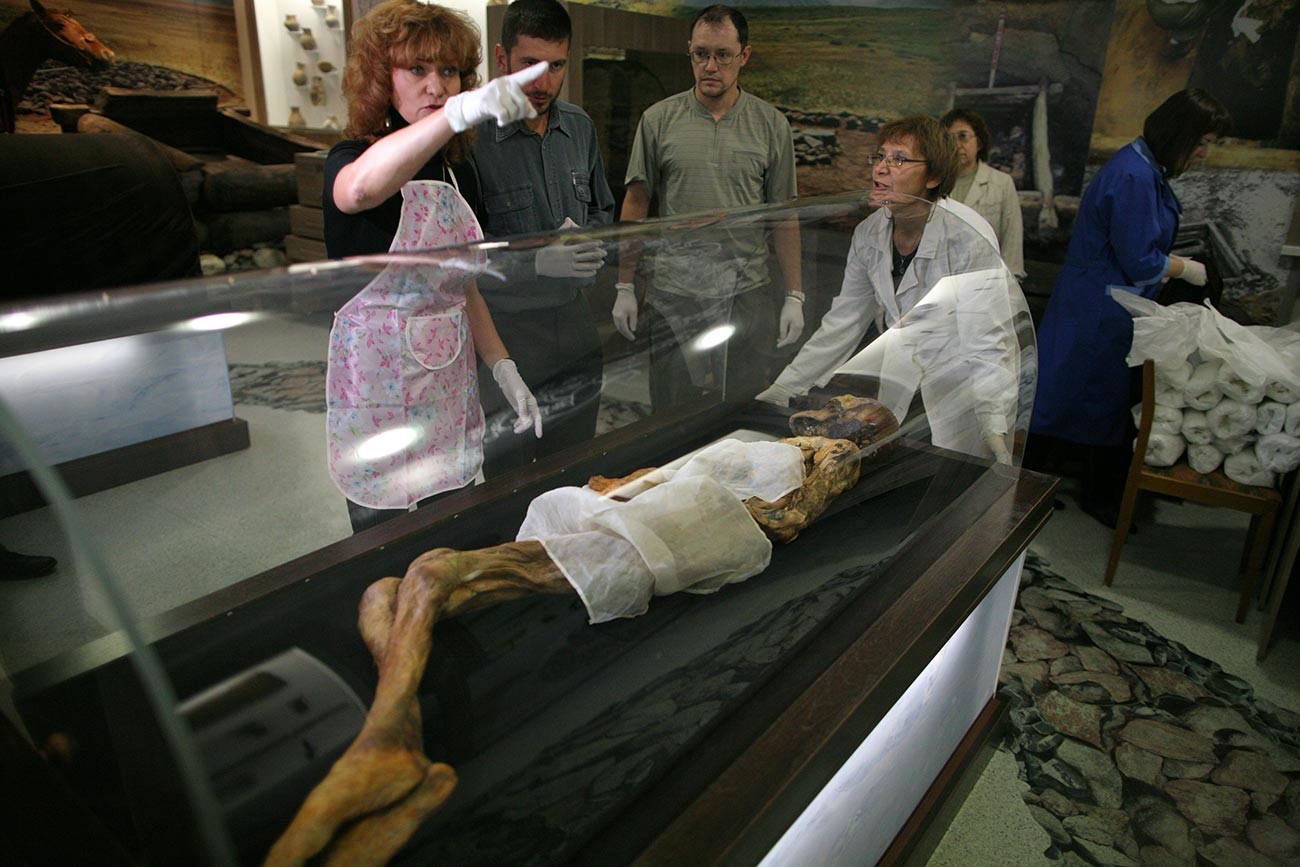 The mummy being packed for transportation back to Altai from Novosibirsk. 2012.

And indeed, Vyacheslav Molodin was right in saying that she was often used for pure hype. “Sometimes it is difficult to openly talk about politics, so we use her as a metaphor to discuss the difficult position of Altaians in Russia. Claiming her is claiming our land,” a local journalist and wife of a recently deceased indigenous leader-politician told Plets.

Nevertheless, the ‘Ice Maiden’ has returned to Altai. In the museum, she is placed in a special room in accordance with the beliefs of the indigenous Altai people, and is lying in a copy of a coffin she was originally found in. The visitors can see the ‘Maiden’ only on certain days of the year, because constant exposure can damage the remains. On other days, visitors can see the exact copy of the burial site that shows how the ‘Maiden’ could have looked when she just left this world for another one.