The Altai Republic: How to get off the beaten track 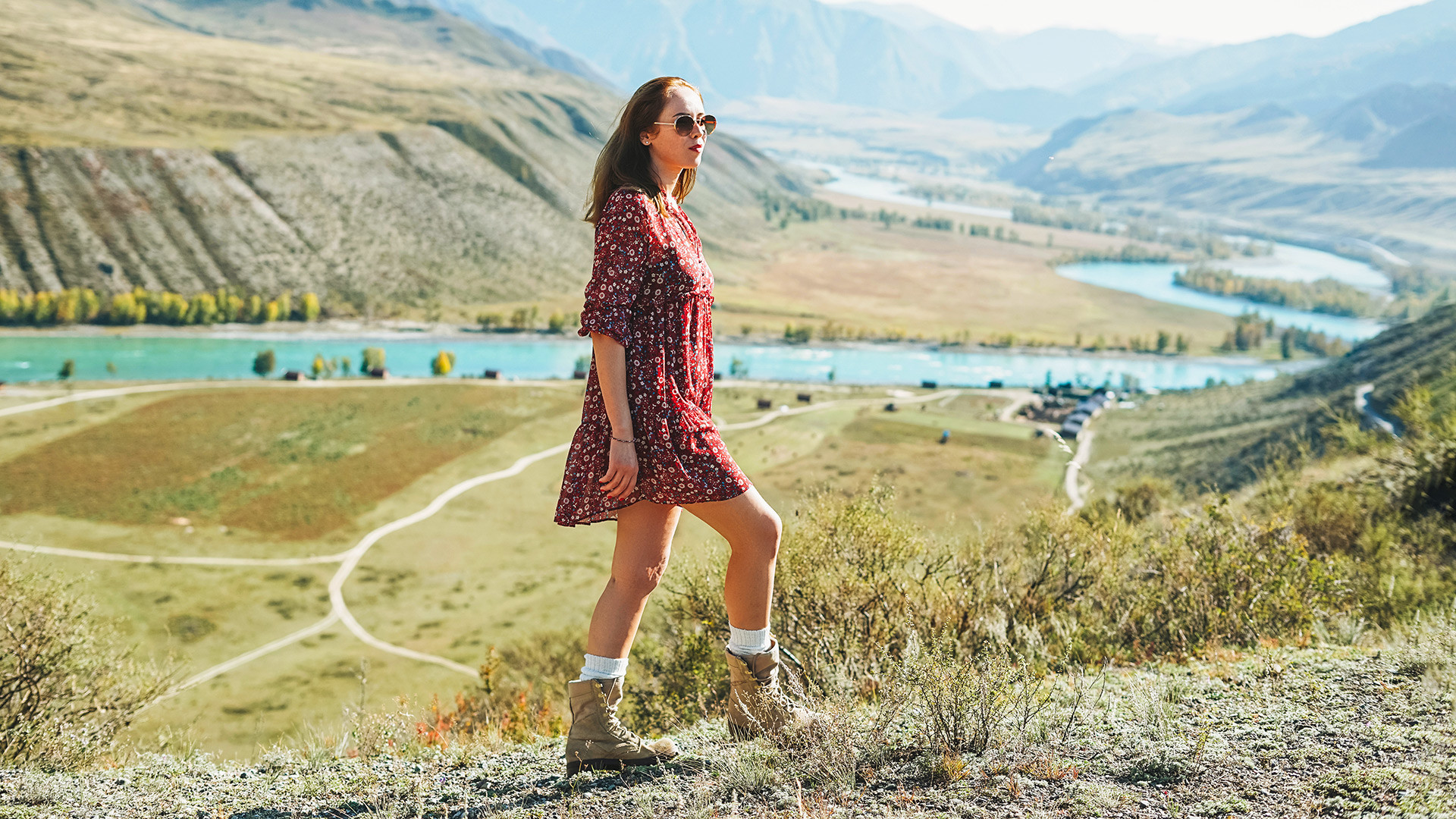 Getty Images
The Altai Mountains are arguably one of Russia’s most beautiful natural landscapes. Here are a few tips for looking past the tourist traps and going on a real adventure.

Nestled in the region where Russia meets China, Mongolia and Kazakhstan, the Altai mountain range is the literal stuff of legends. The tourist literature will invite you to travel along the Chuysky Tract, Siberia’s most stunning highway (and its claim to the Silk Road), or entice you with a relaxing stay along the Katun river. All while taking in the scenery and local culture, of course.

These are fantastic things to do when you’re in one of the most stunning regions in all of Eurasia. But with so many other beautiful places to see, it pays to get out of the tourist loop and track down some of the less-visited spots. Here are a few tips for doing just that.

Visit, but don’t get stuck: Gorno-Altaysk and the Katun River 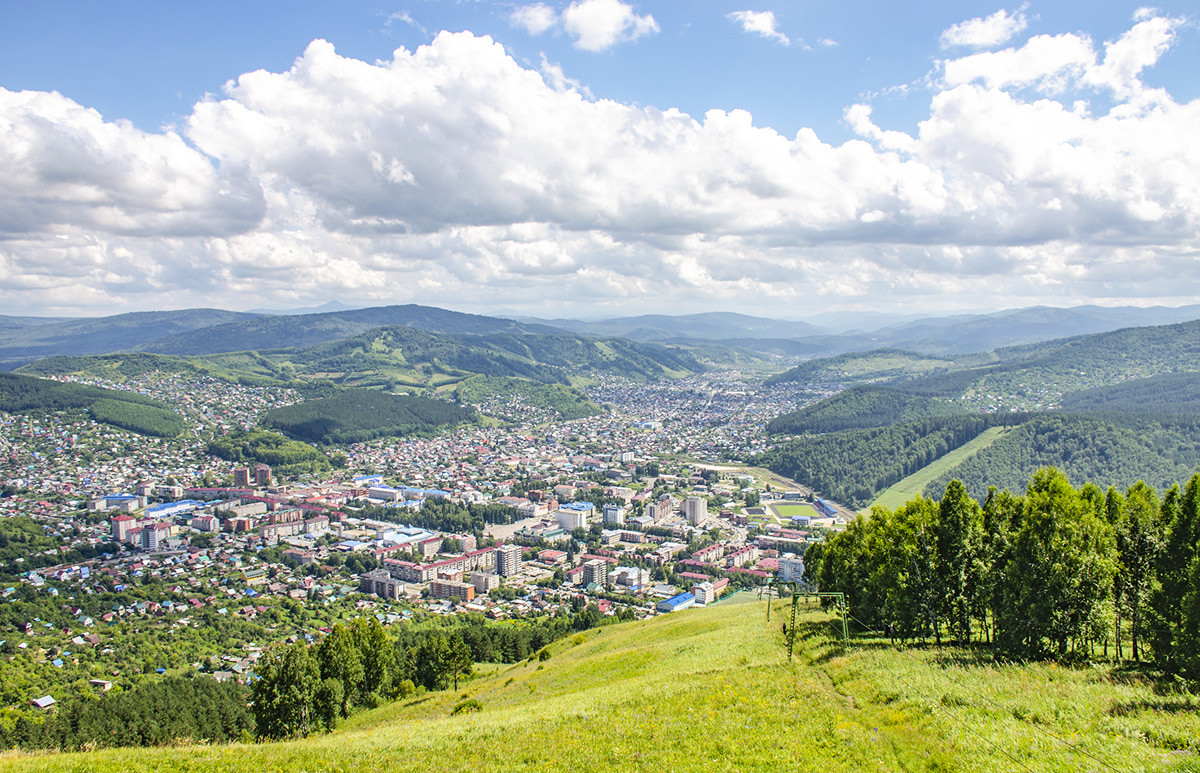 For most travellers, the first stop in an Altai trip is Gorno-Altaysk, the capital of the Altai Republic. The region is a republic rather than an oblast, which means that it has more autonomy than most regions, and Gorno-Altaysk is home to its governing body. Check out the central square and look into getting border permits if you haven’t done that already (more on that below). 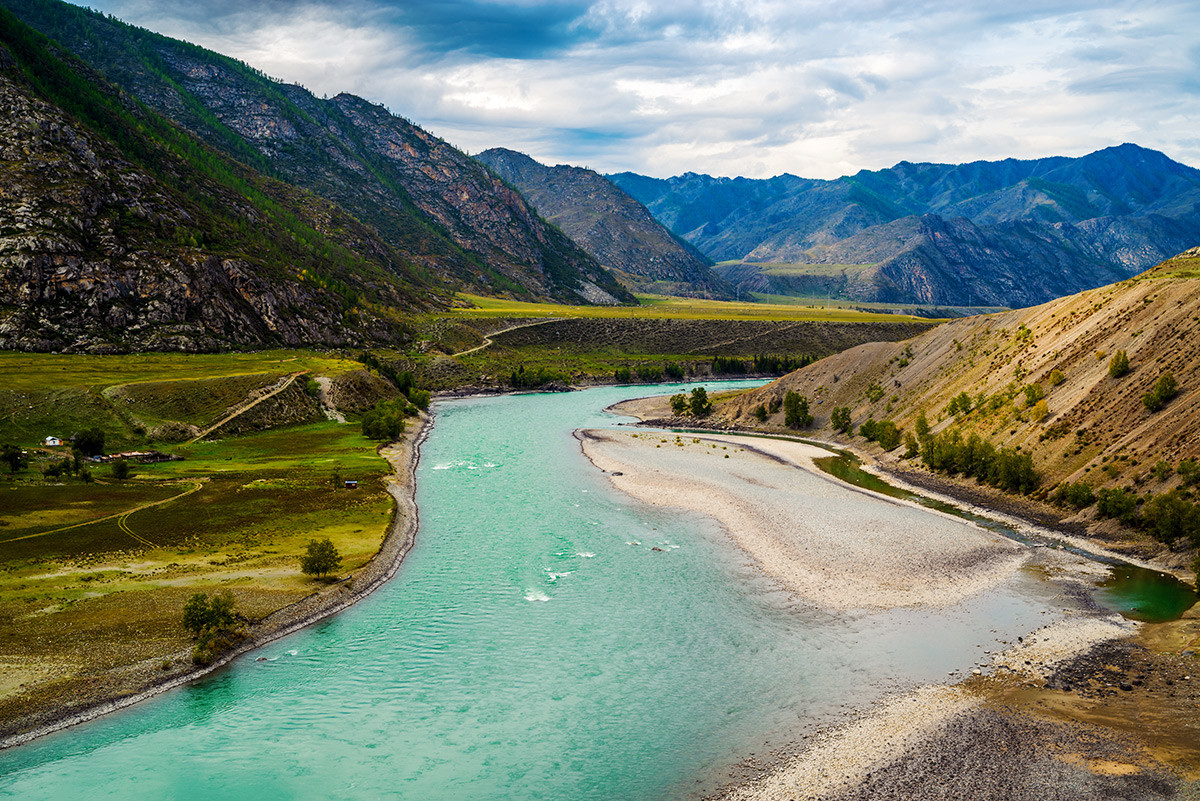 Most tourist buses (usually minibuses) leave from the city towards the Katun river valley. Many travellers spend their time around here, either in towns like Chemal (with its Patmos monastery island), Askat (with its famous artist commune) or at the increasing number of tourist bases and campsites along the river. 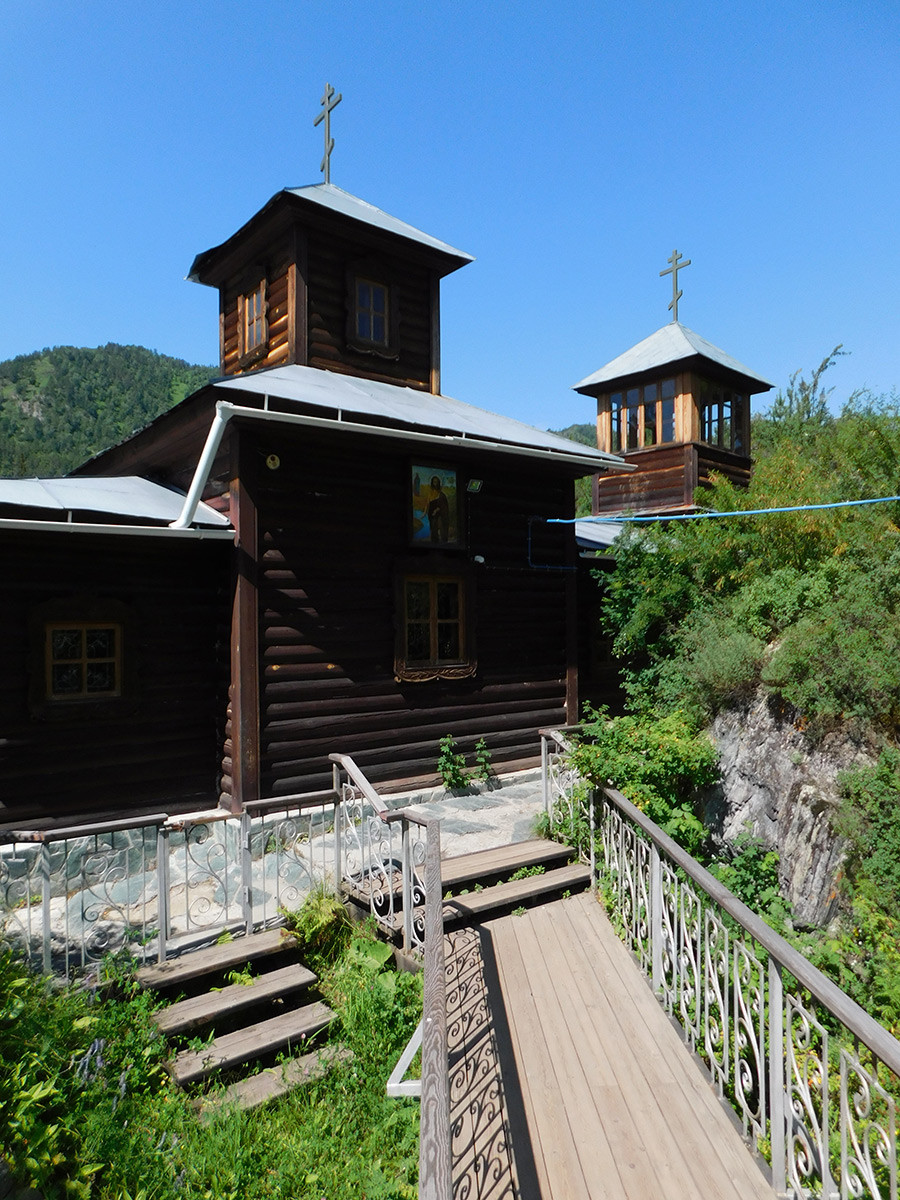 Spend a day along the river or trekking up to the famous Blue Lakes, but don’t stop there. Get on a bus or rent a car and head down the Chuysky Tract.

For budding adventurers: the Chuysky Tract

The Chuysky Tract is where true adventurers begin their Altai experience. The Katun river valley is gorgeous, yes, but it lacks diversity – heading down this highway means you’ll be treating yourself to entirely different landscapes every hour or so. 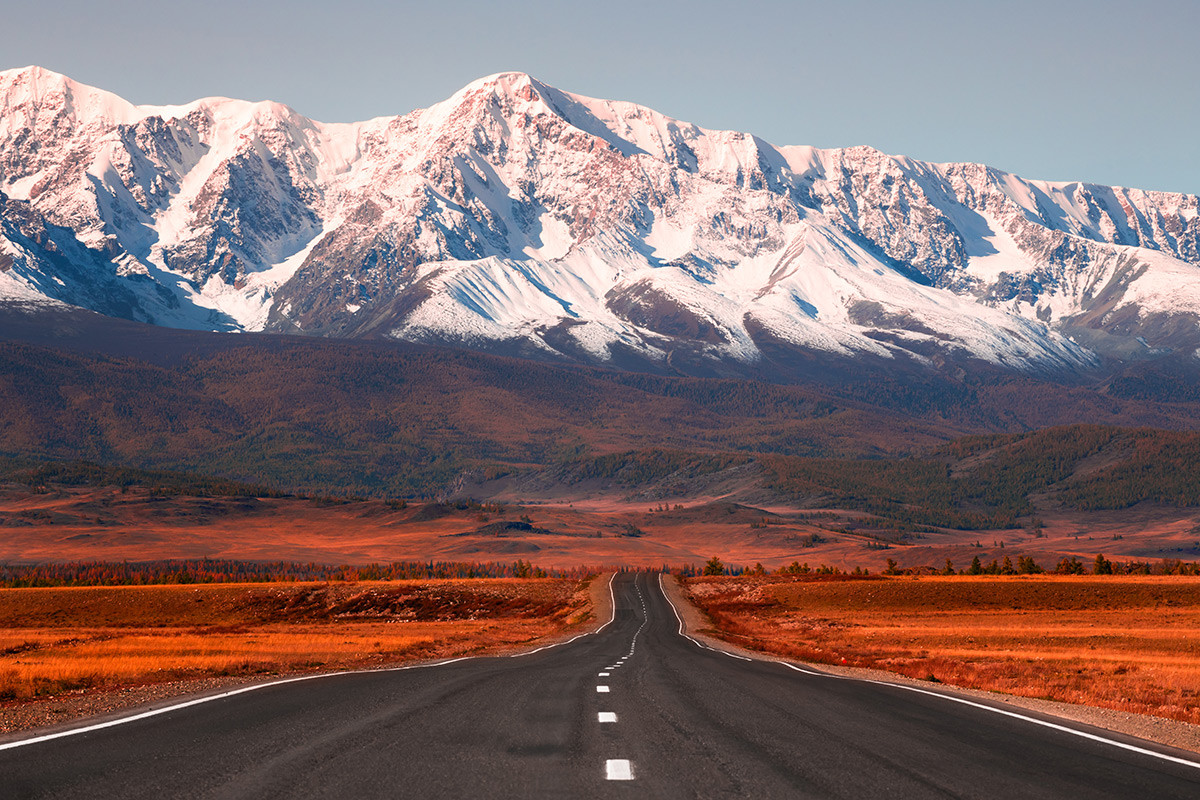 It takes at least seven hours (if you’re driving fast) to get from Gorno-Altaysk to Tashanta, the last town before the Mongolian border. Along the way, you’ll go through the Seminsky Pass, where locals stop to gather pine cones for extracting pine nuts. Altai pine nuts fetch a high price elsewhere, but you can get them for a good deal while you’re in the area. 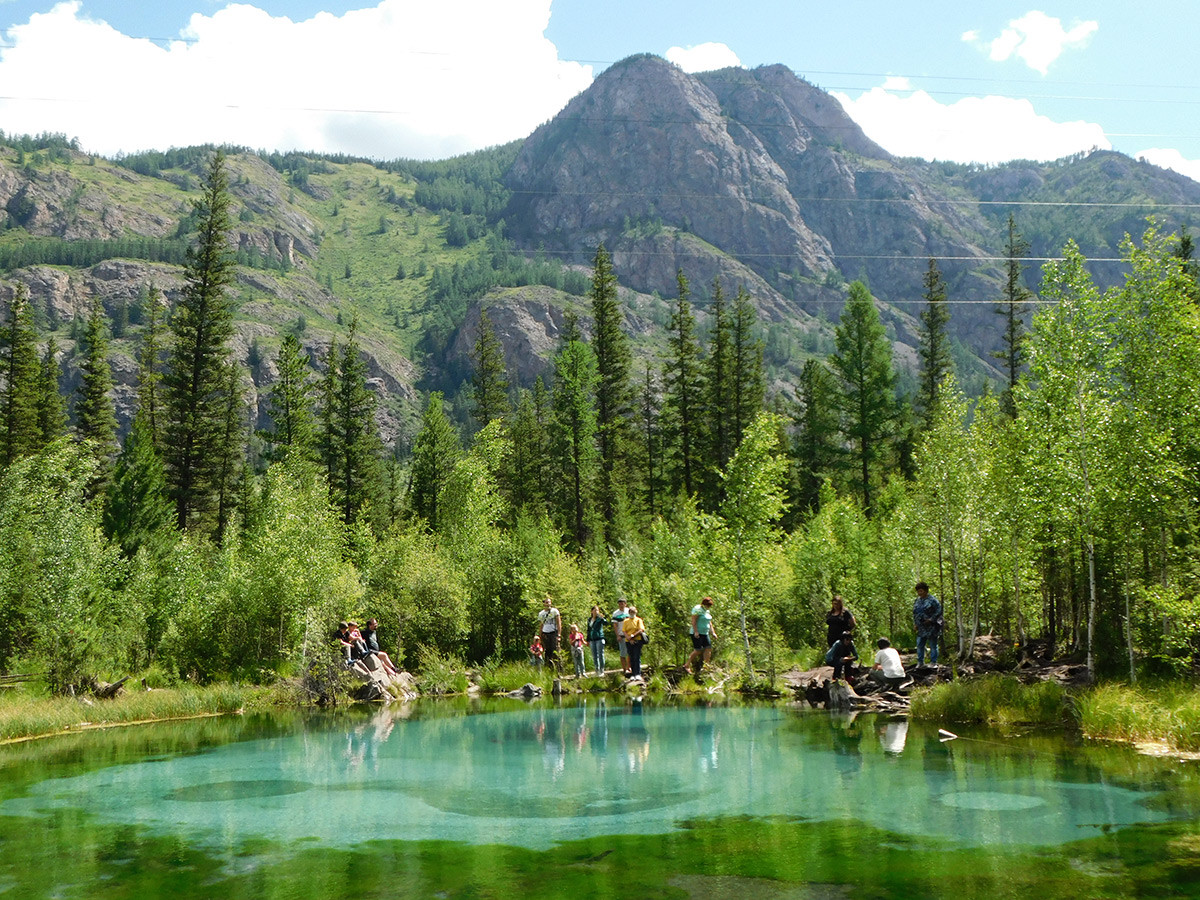 You can catch more great sights the closer you get to Mongolia. Taking a five-minute walk off the road just past the village Aktash will take you to Geiser Lake, a beautiful pond with colourful springs at its bottom. Just further up ahead, you’ll enter Kosh-Agach district, where a long right turn will bring you to the Kyzyl-Chin mountains, nicknamed ‘Mars’ for their rusty colour. 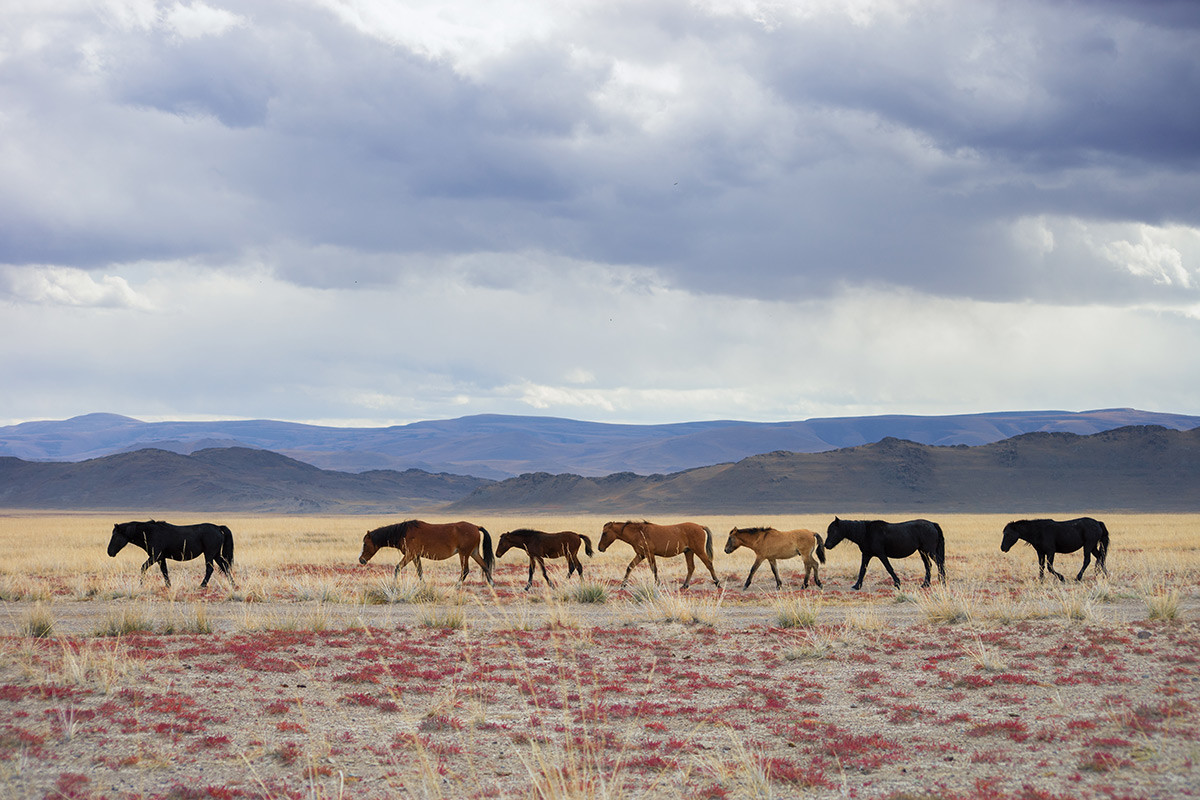 Be sure to have obtained a border permit before entering Kosh-Agach, though. Any district close to the border requires foreigners to register ahead of time (sometimes up to a month beforehand, but tourist agencies in Gorno-Altaysk can procure them much faster) to enter. If you don’t have one you’ll be refused entry. 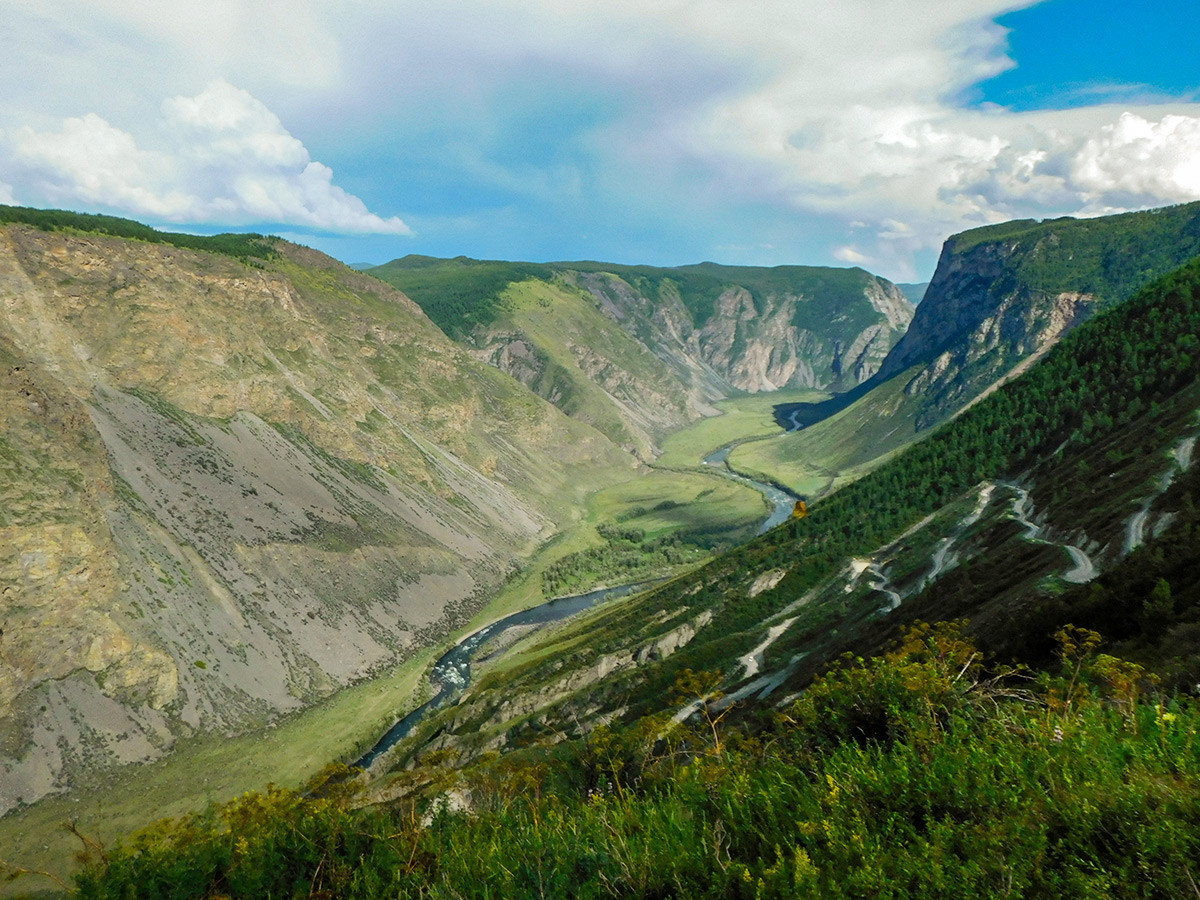 There’s a little road that veers off the Chuysky Tract once you’re at Aktash and braving its unpaved heights will take you deeper into the heart of the Altai than most tourists care to go. You’ll have to rent a jeep (or hire a local driver) to head up and once you do, you’ll eventually reach a plateau populated almost entirely by the native Altai peoples. Shopping can only be done in villages like Ulagan and you can check out nearby lookout points where locals practice traditions like tying string to trees for good luck. 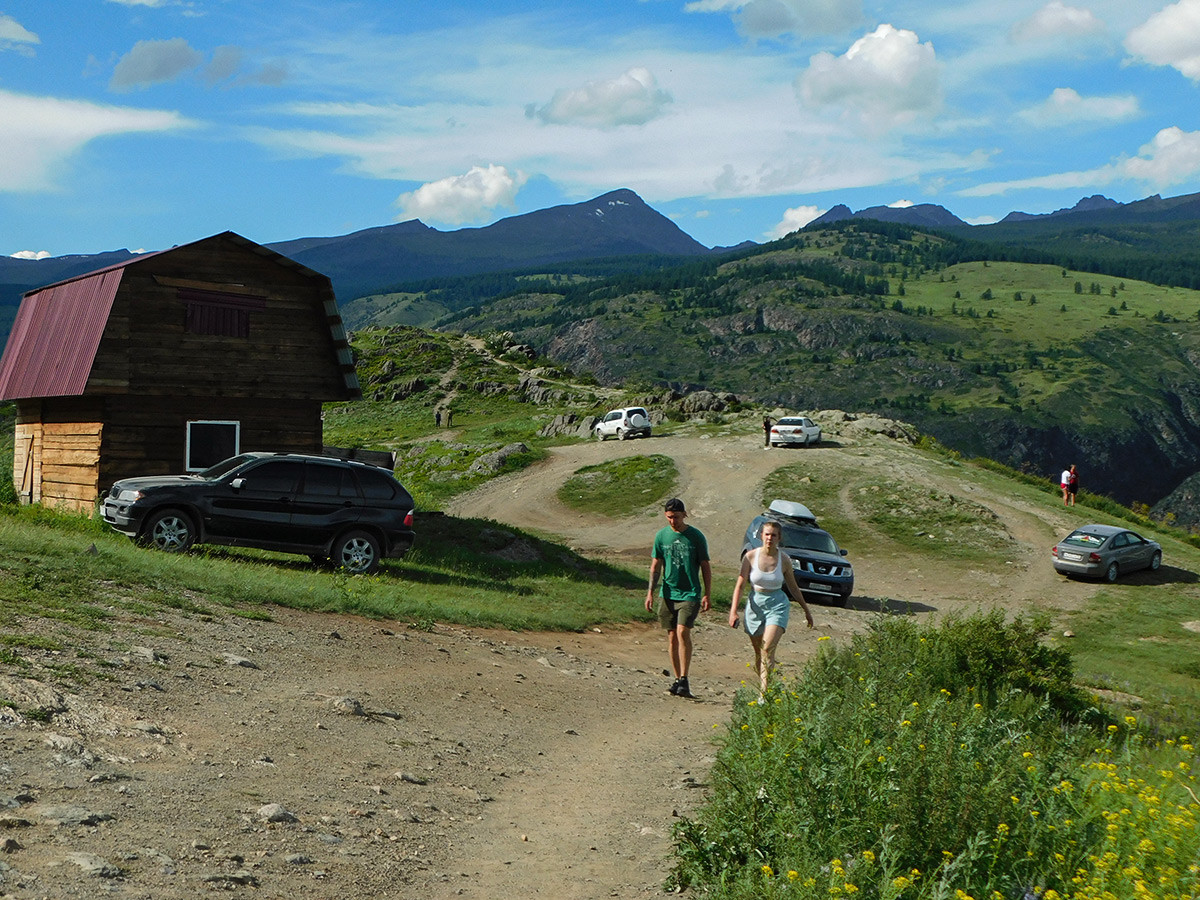 The plateau ends at one the most stunning points in the Altai that’s accessible by road: the Katu-Yaryk pass. Take a break and walk around – you’ll be able to see far down the Chulyshman river valley, preferably with a cup of tea made from local herbs. 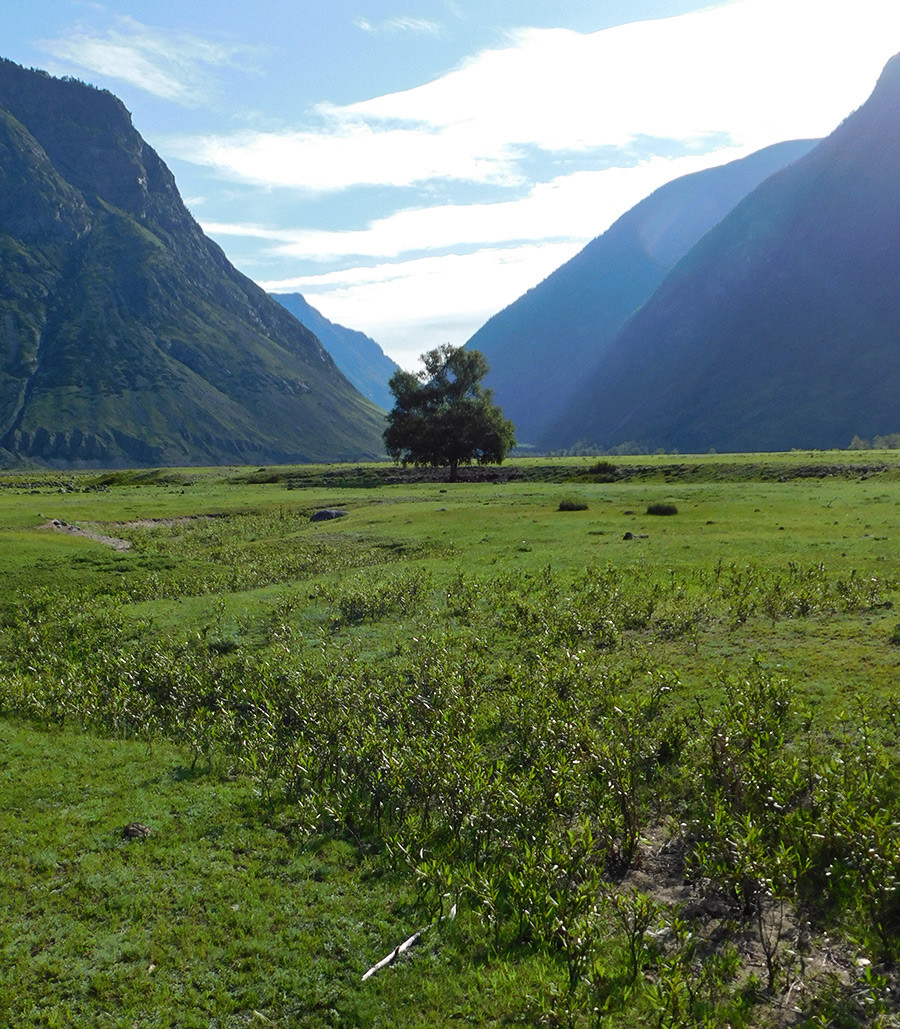 Once you do head down the pass, you’ll see a number of tourist base camps grouped around the more famous sites. These include the curious “stone mushrooms”, as well as Uchar waterfall. 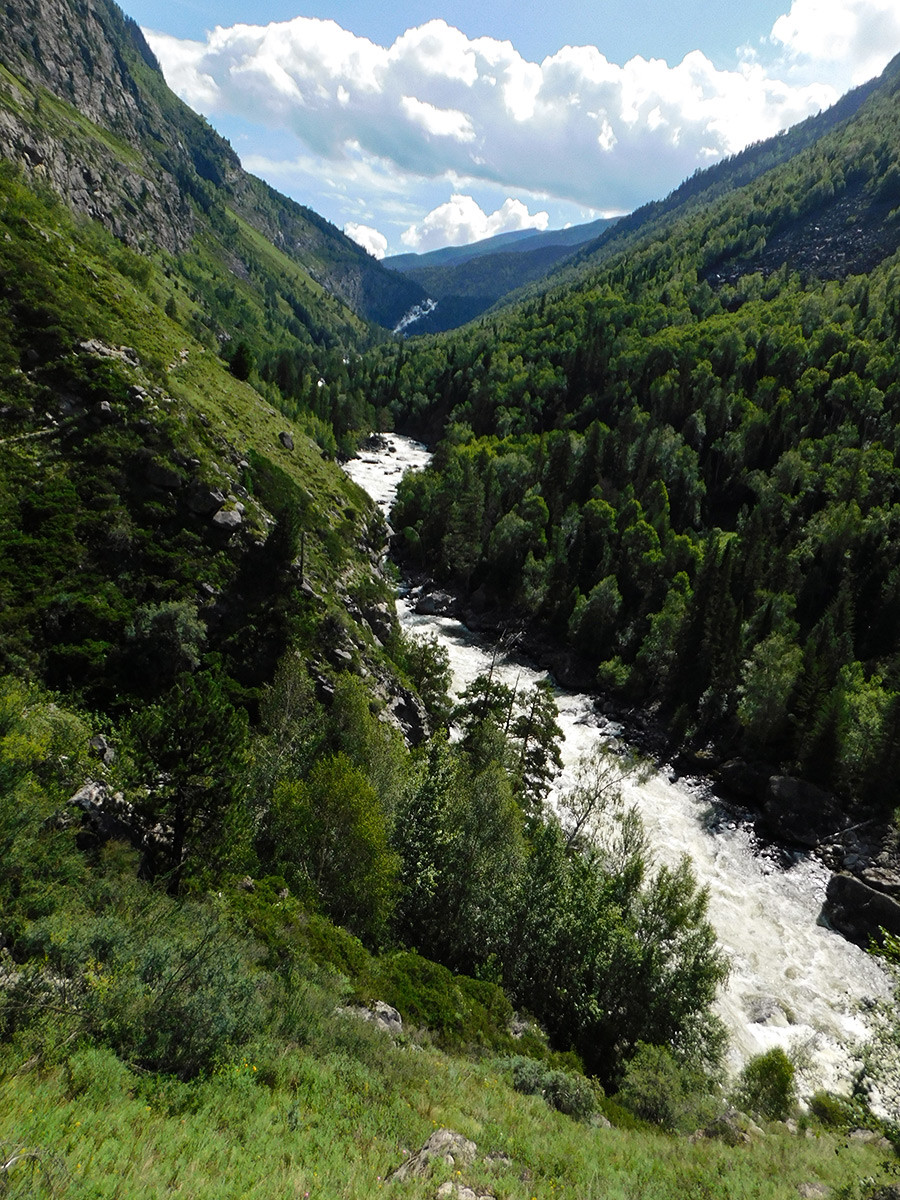 You’ll have to hike a few hours from the road to see the waterfalls. But it’s well worth the time. 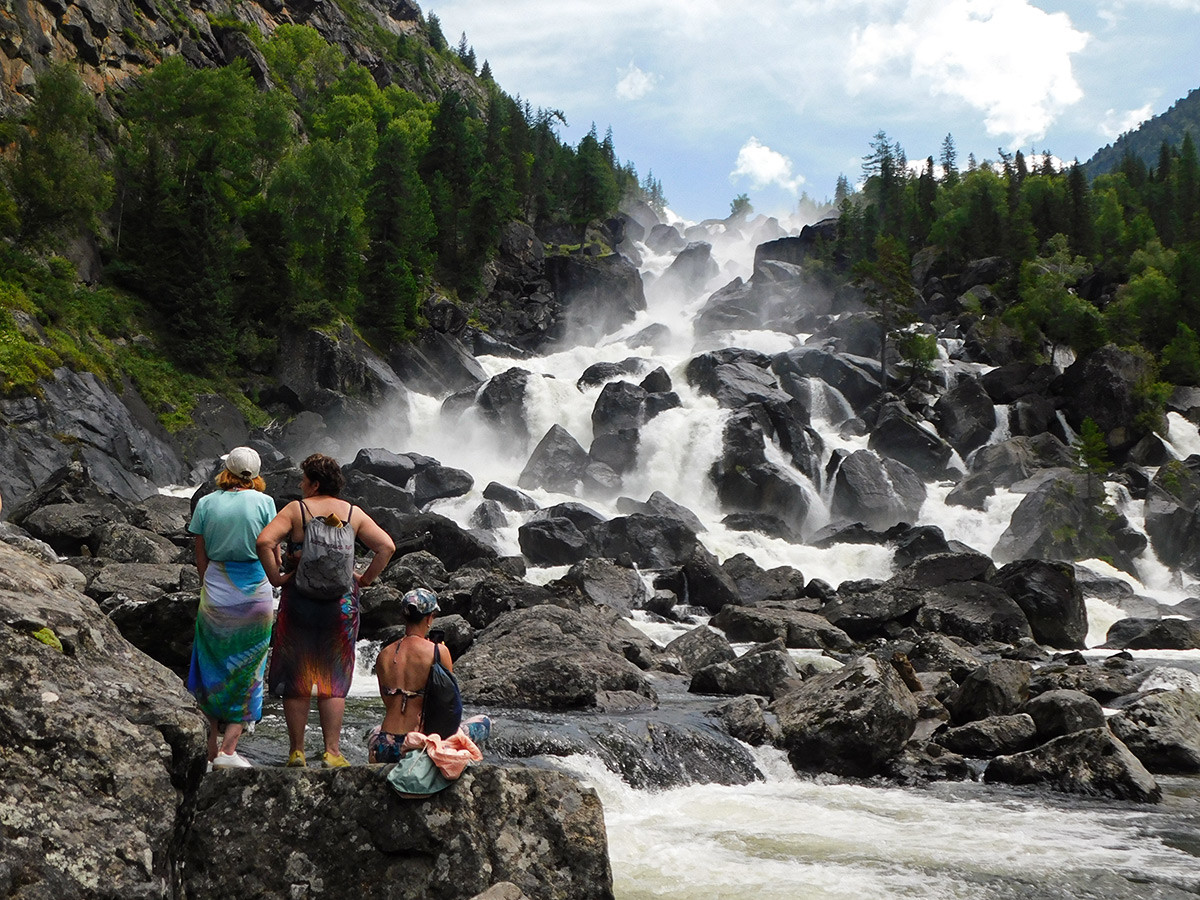 Not for the faint of heart: Coming back by Teletskoye Lake

The Chulyshman valley is where the true wheat is separated from the chaff. There are two ways of getting back to Gorno-Altaysk: back the way you came, or through the sparsely-populated road heading back through Teletskoye Lake. 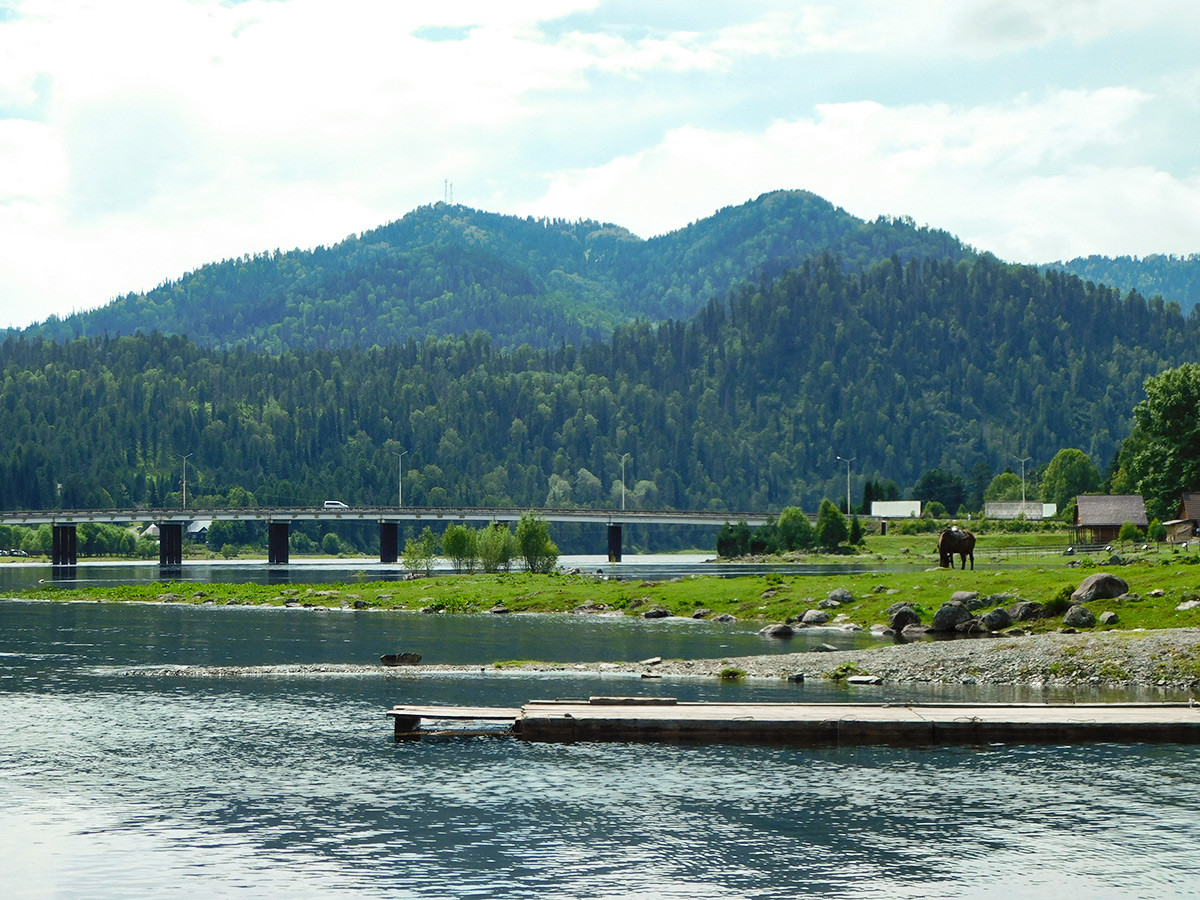 There are no regular buses or minibuses that go from Uchar or the “stone mushrooms” to the lake shore – there are only two villages along the way and they’re not used to seeing tourists. You’ll have to take your own vehicle or arrange for a driver from one of the tourist bases to take you.

Getting to Teletskoye Lake is only the first step – next, you’ll have to take a ferry. But there is no official ferry and you’ll have to speak to the different tourist bases to see if there’s a boat heading across in the next day or two. Some of them are large enough to take cars (and will often have a schedule), but others are small yachts that supply the camping sites during high season. 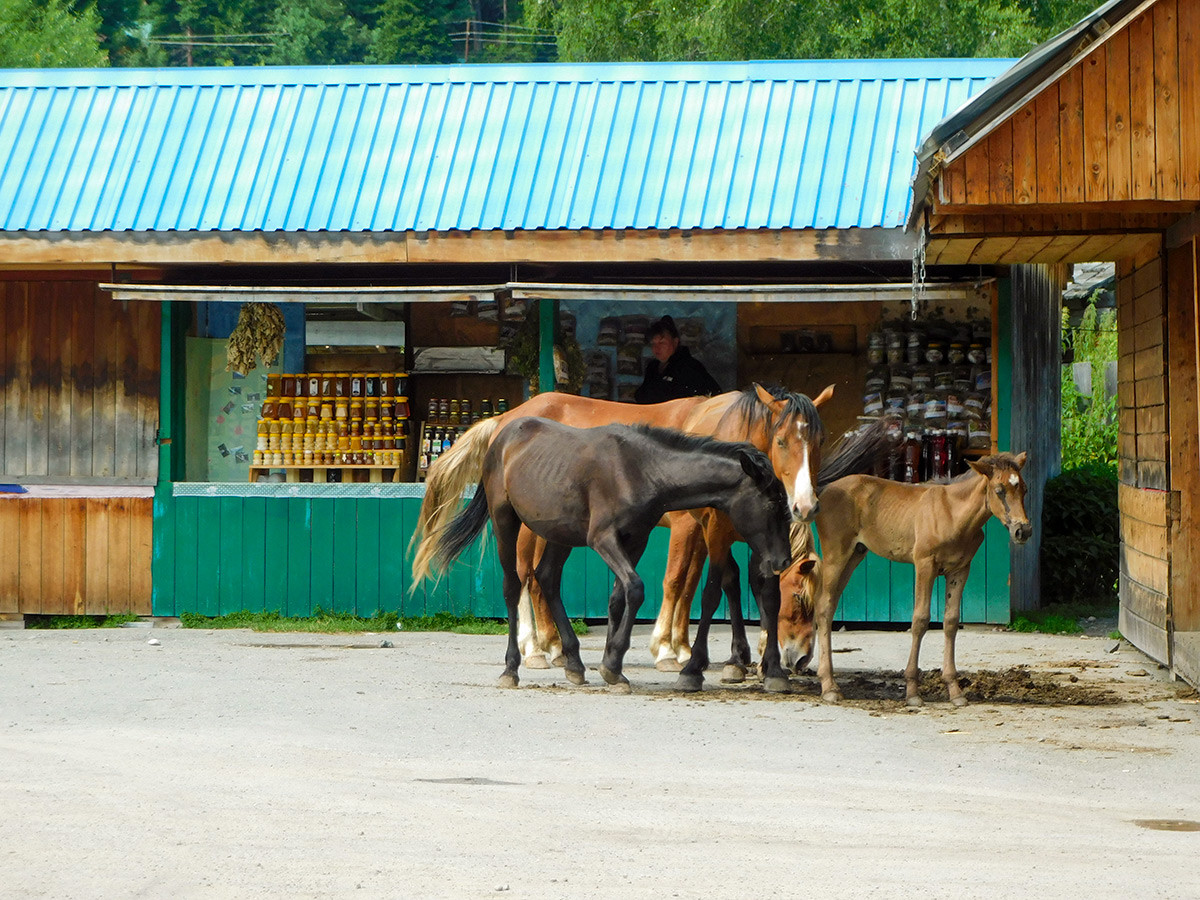 A souvenir stand in Teletskoye

While this sounds tricky, it’s worth the trip – the locals are hospitable and, even though many don’t speak English as well as in the capital, they will make sure to get you where you need to go. And it’s this warmth (along with plenty of cups of local herbal tea) that makes this leg of the trip particularly precious.

Though it will be a relief to finally get on the boat and reach the far side of the lake (where the regular tourist infrastructure starts up again), you’ll find yourself missing the space, the nature and the people of the inner Altai. But thankfully, you can always come back. And this time you’ll have friends waiting for you.