Travel
Alexandra Guzeva
We bring you all of them in one place: from the world-famous beauty of Lake Baikal to completely uncharted far-flung corners with mind-blowing landscapes. 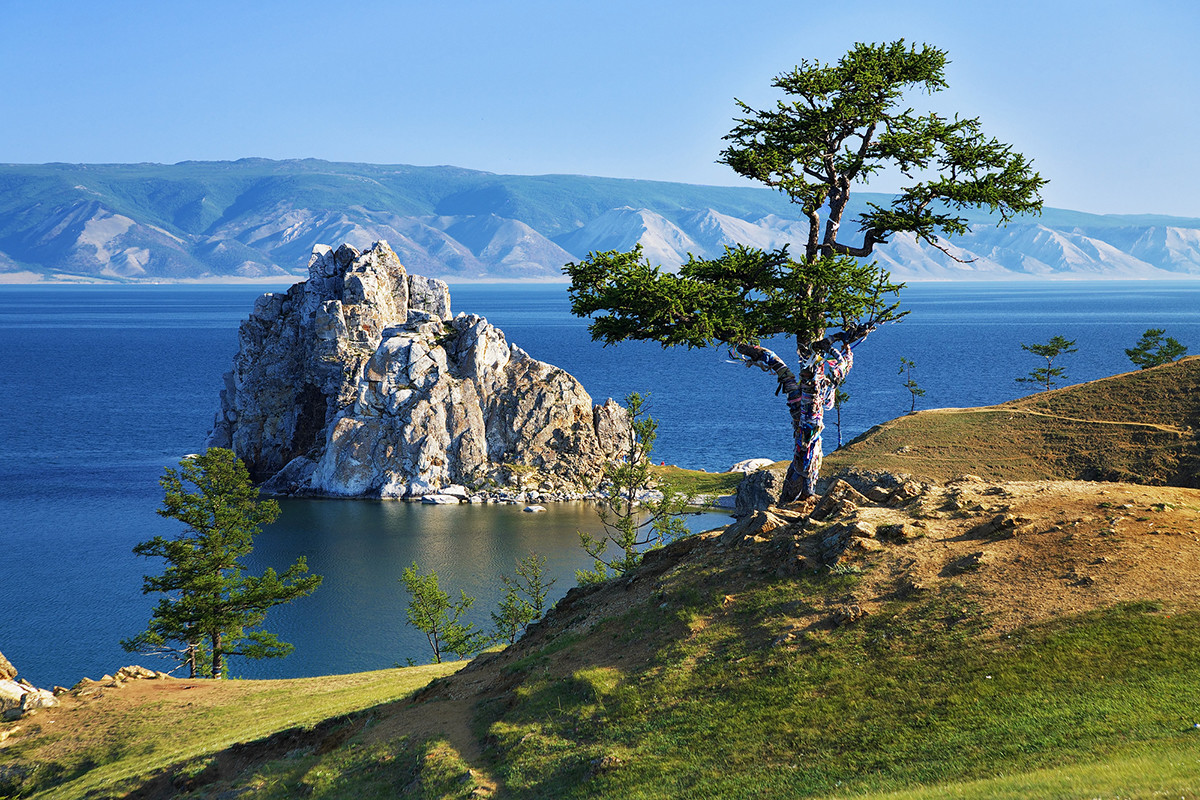 This lake has many superlatives to its name: deepest, most voluminous, most ancient freshwater body, etc. Besides its incredible size, it is famous for its flora and fauna — about 1,000 kinds of living organisms, including 27 species of fish, live only in this lake. Although tourism is on the rise, away from the most popular places you can still encounter pristine nature. 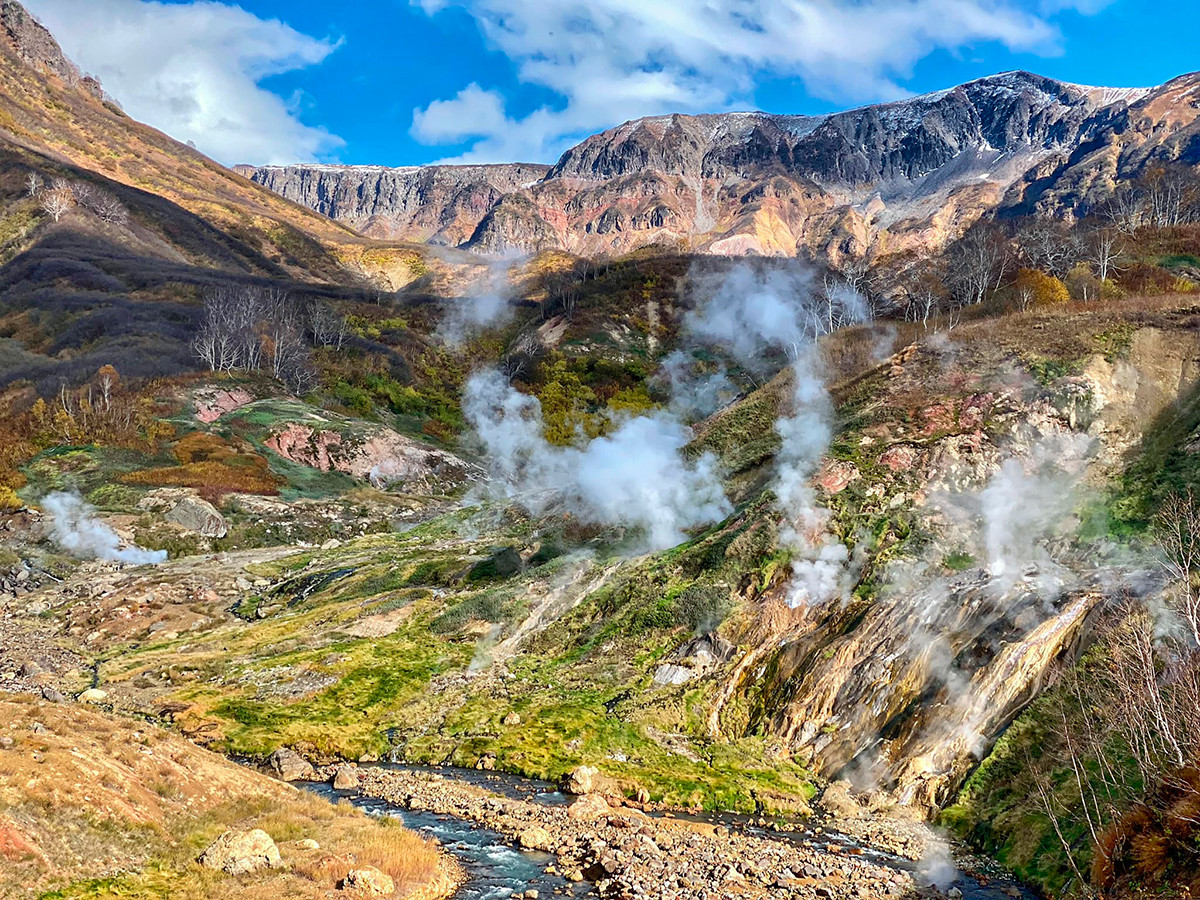 It’s hard to do verbal justice to the beauty and unreality of this place. Columns of hot steam burst forth from under the ground, and bears can sometimes be found wallowing in the natural mud pools. All this takes place over a small area of ​​around 6 sq km in the canyon of the Geysernaya River in Kamchatka.

Incidentally, the valley was discovered only recently, in 1941, by geologist Tatiana Ustinova, who made it there with a guide on a dog sled. In 2007, the valley vanished from the face of the earth after a landslide, but in 2013 the geysers started gushing again, and a new landslide cleared away the natural dam.

Today, the most common way to get there is by helicopter from Petropavlovsk-Kamchatsky. 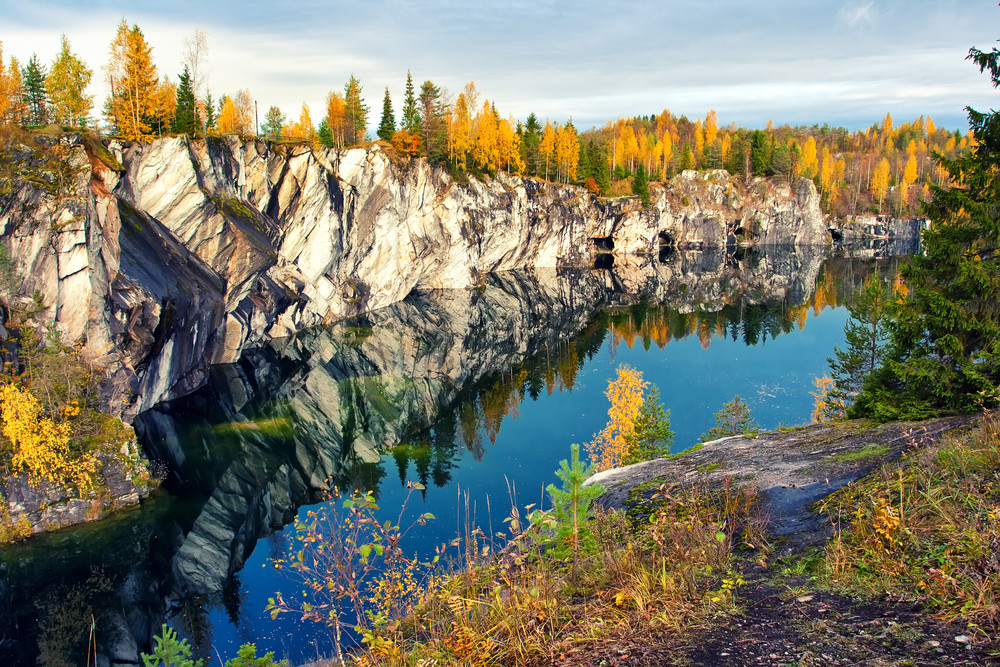 The map of this northern republic is criss-crossed by lakes and waterfalls, giving the impression of a world with more water than land. The cliffs, blanketed by dense coniferous forests, offer endless scope for exploration, but for an instant impression be sure to visit Ruskeala Mountain Park, which, incidentally, is just a day's ride from St. Petersburg, the final leg of which is done aboard an atmospheric retro train.

Read about Karelia's other charms here. 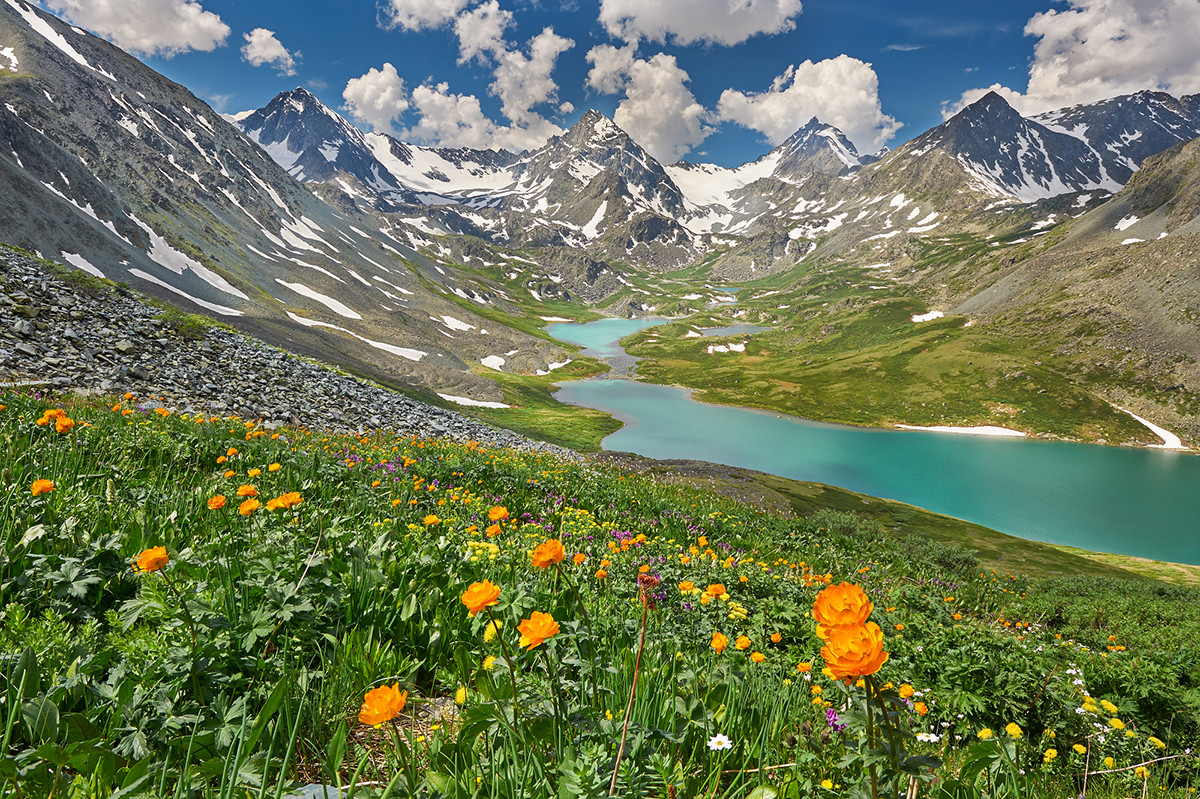 The Altai Mountains are still home to many unexplored paths, and a trip here is not recommended to comfort lovers. But for those willing to suffer the Spartan conditions and days-long foot marches, the reward is an incredible vista of mountain peaks, fast-flowing rivers, and flowery meadows. One of the most beautiful roads in all of Russia is the Chuisky tract, which passes through Altai.

Read our tips for travelers to Altai here. 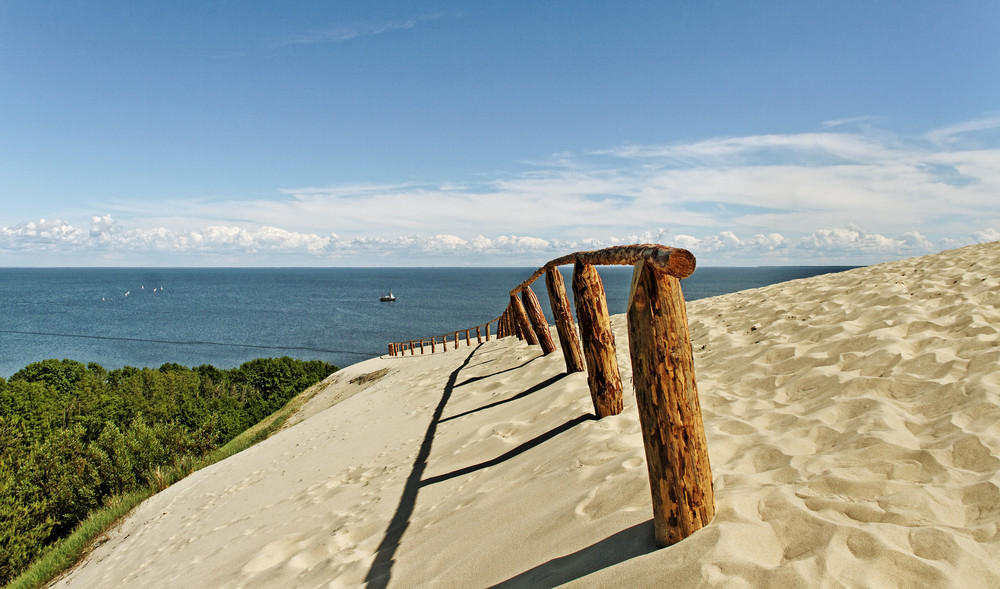 In westernmost Russia lies a unique nature reserve, where the most bizarrely shaped “dancing” trees have grown along a sandy narrow spit almost 100 km long. Here you can walk the incredible eco-trails with an (audio) guide among the dunes and futuristic sandy beaches, and breathe in the fresh pine air.

Read more about the spit here. 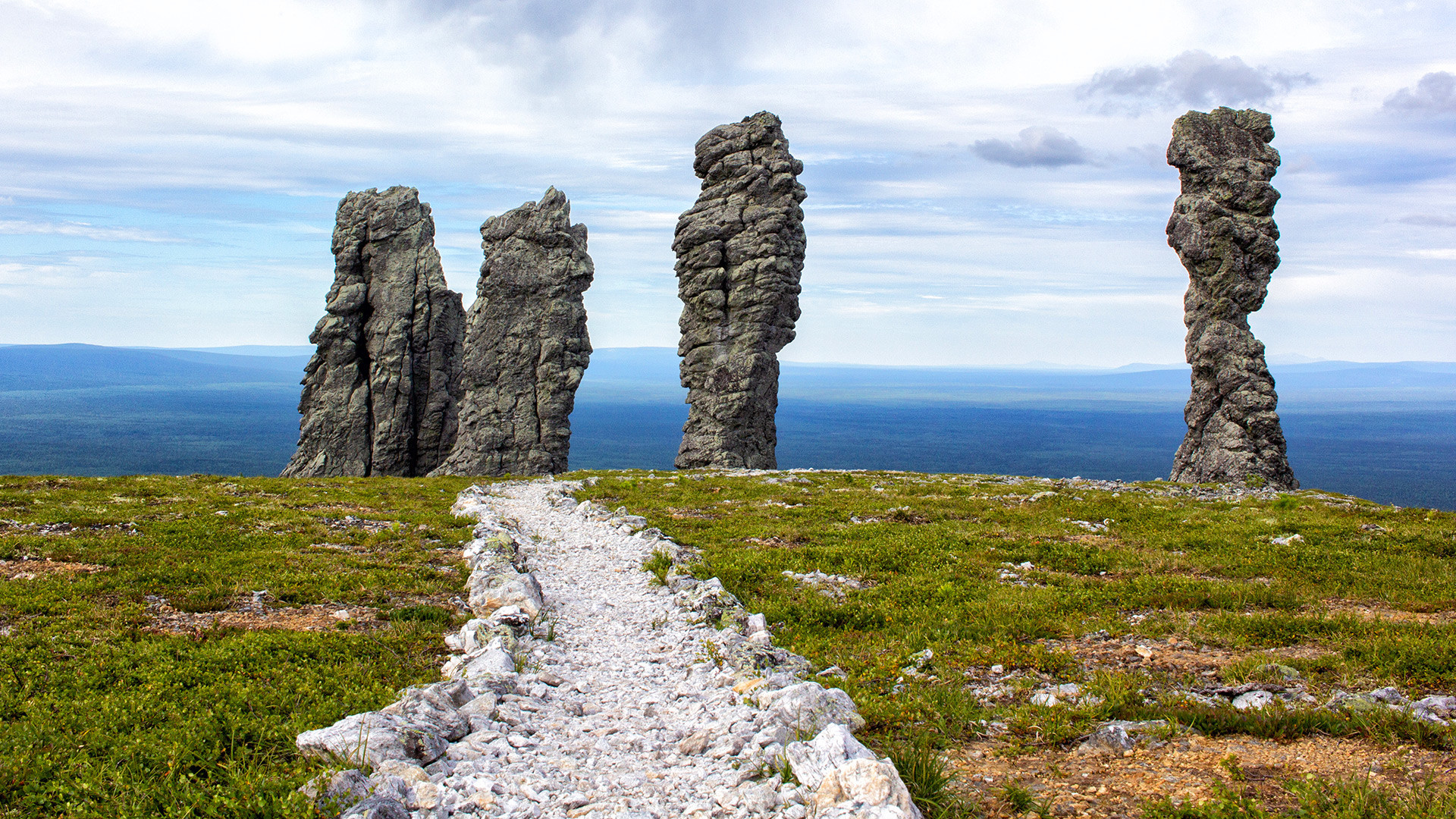 These stone giants in the Urals were once mountains, but the erosive influence of wind and time has reduced them to pillars. True, the local Mansi people have their own legends about how their stone idols got here. It’s possible to get here by helicopter (the soft option) or by slogging it on foot and taking in the mysterious, infamous Dyatlov Pass along the way. 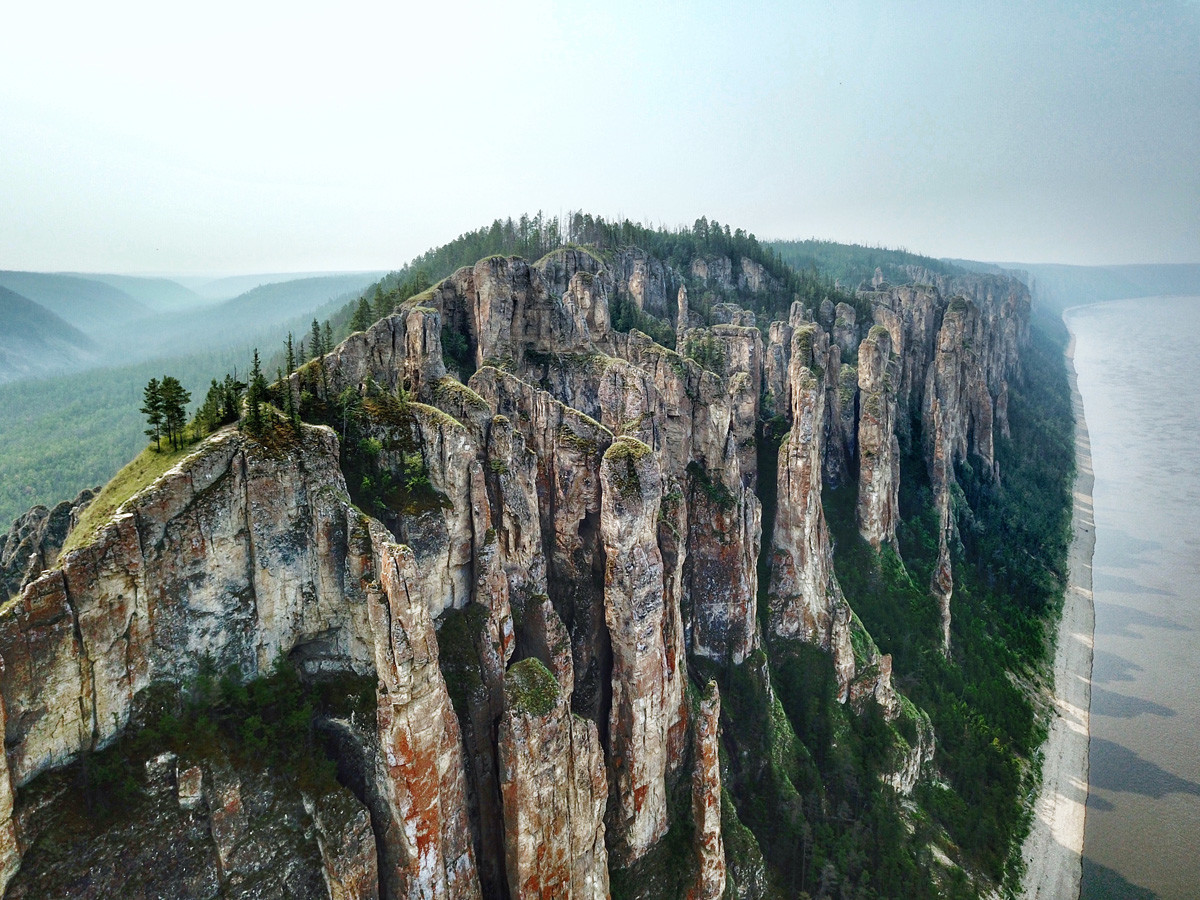 These otherworldly cliffs stretch for 40 km along the Lena River, picturesquely reflected in its waters. The “pillars” are a monument to several evolutionary cycles, and preserve the remains of Paleozoic-era creatures. Mammoths and other extinct mammals have been found here too. You can get here by boat in summer and by snowmobile from Yakutsk in winter. 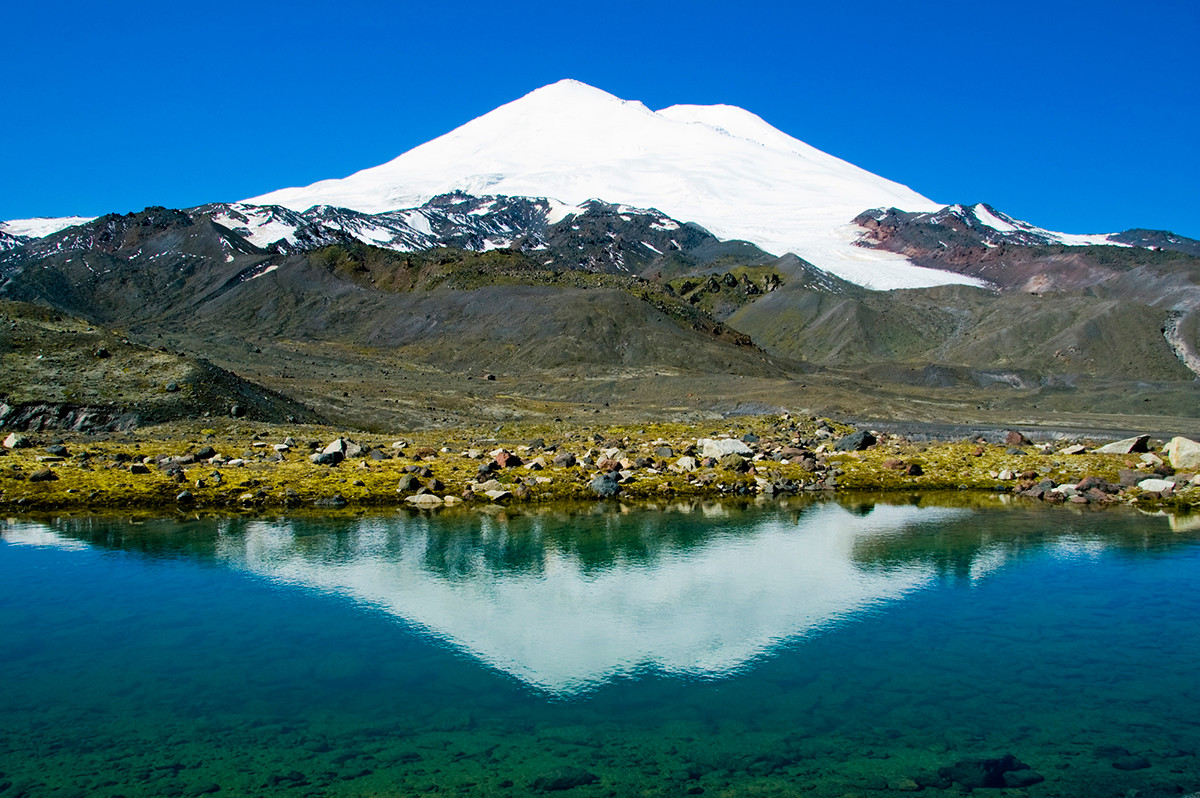 The Caucasus mountain range is a treasure-trove of natural wonders, among them scenic waterfalls and mountain lakes. All this splendor is crowned, literally, by Mount Elbrus, the “Russian Everest” and Europe’s highest peak. From there, a view opens up of the entire Caucasus, as does the unique opportunity to stay in a capsule hotel on the mountainside.

If you're in two minds about attempting the peak, see here for the stories of foreigners who already tried. Find out what else to see in the Caucasus here. 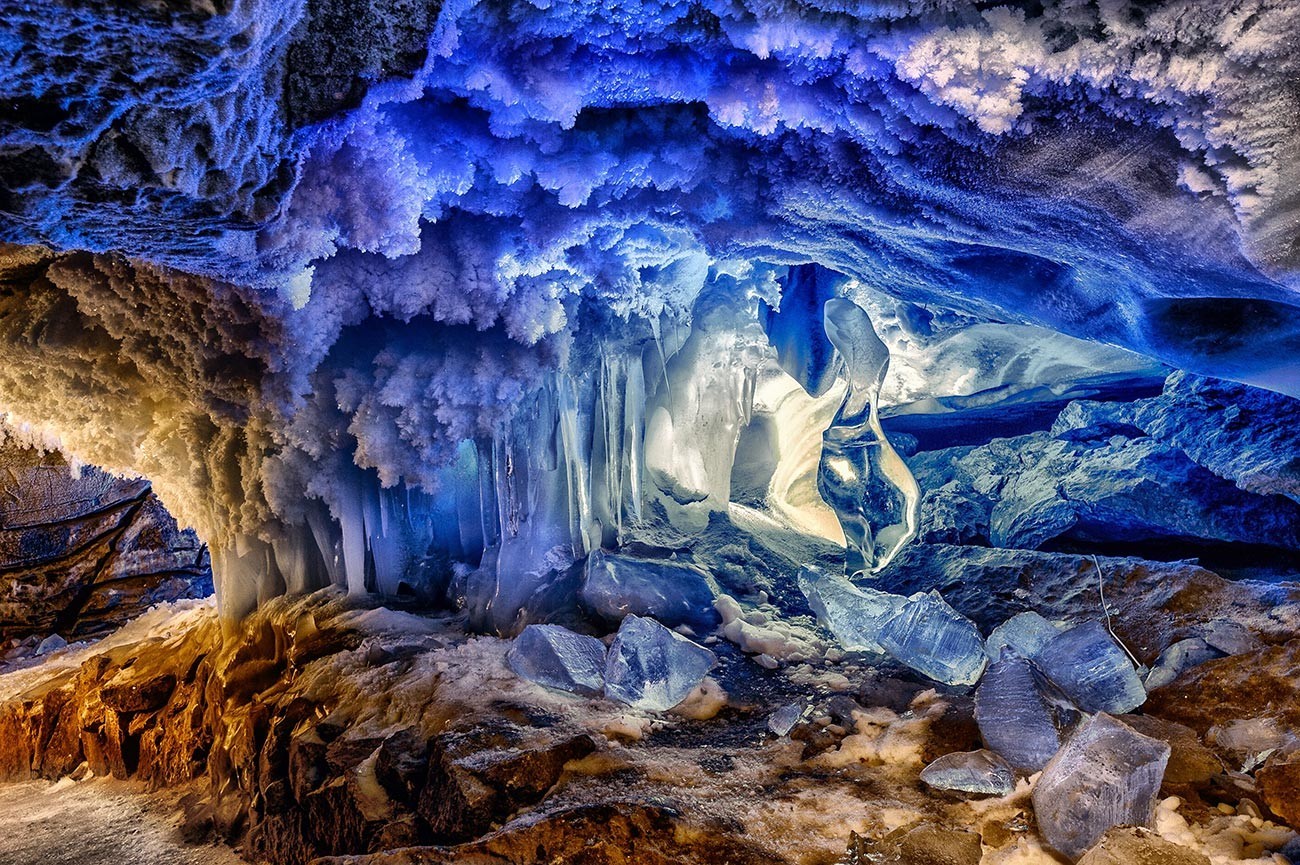 From soaring peaks, let’s take a trip underground. Not far from the Ural city of Perm is an underground ice palace, where eternal winter reigns. You won't meet a snow queen here, but every step uncovers myriad grottoes, underground lakes, snow crystals, stalactites, and stalagmites. 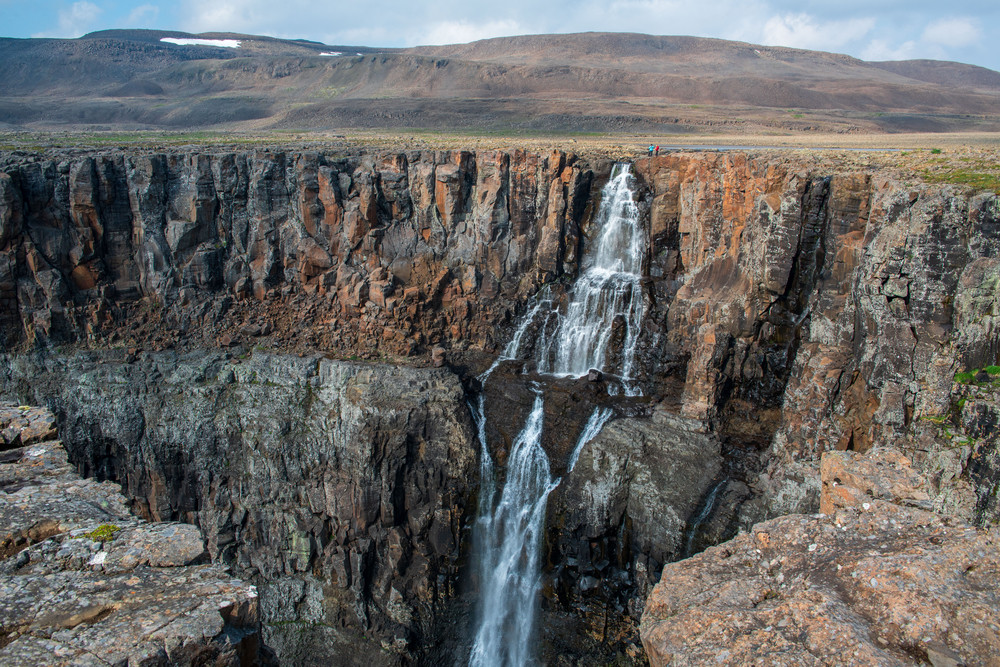 This unique plateau in remote northern Siberia is riddled with ancient traps — deep gorges through which volcanic lava flowed hundreds of thousands of years ago. It is a land of cliffs, waterfalls, and stunning lakes. The area of ​​this mountain plateau is almost 250,000 sq km (for comparison, the Grand Canyon National Park in Arizona covers about 5,000 sq km). 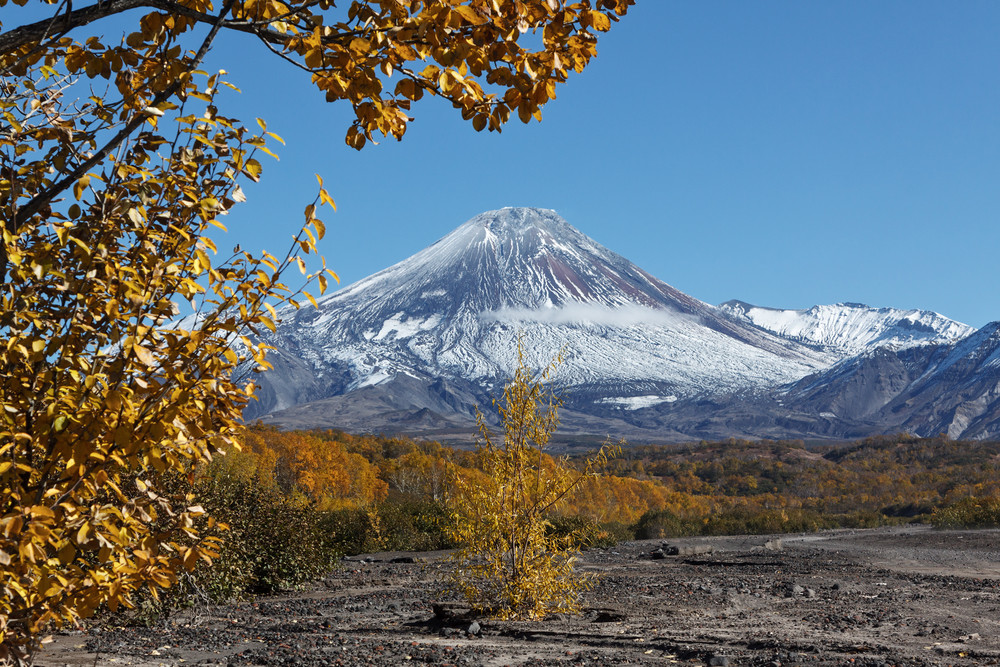 The landscapes of Kamchatka are striking for their diversity. Most astonishing of all are its volcanoes, which, as tourists say, literally magnetize the eye. Around 30 active and 300 extinct volcanoes in this region are listed as UNESCO World Heritage sites. Some emit plumes of smoke, others properly erupt.

Many volcanoes, especially near the city of Petropavlovsk-Kamchatsky, can be climbed as part of an organized excursion. 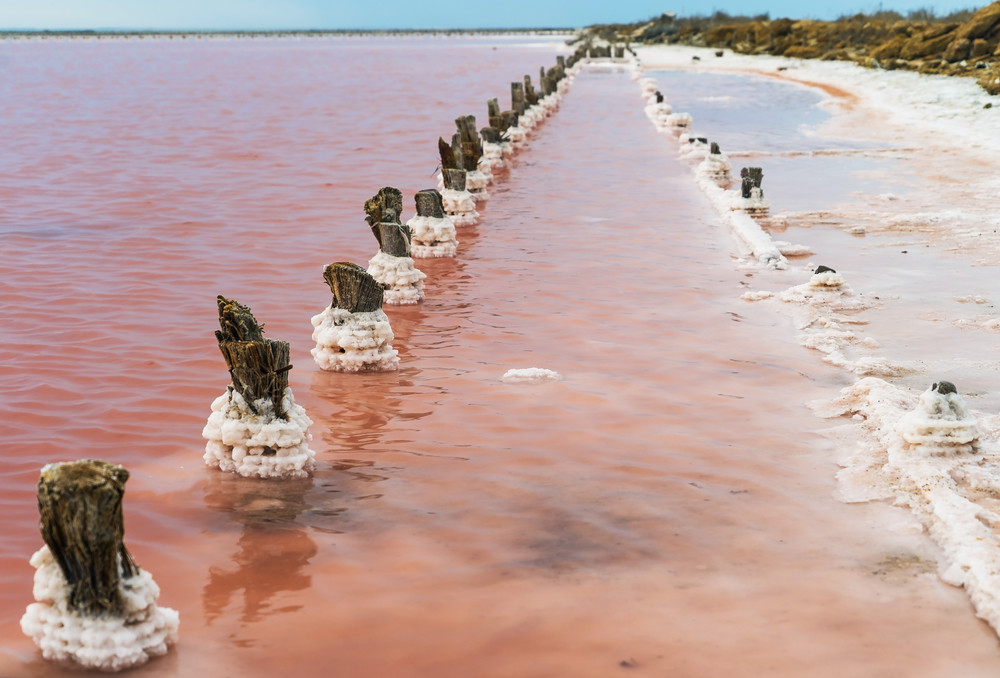 The Crimean Peninsula is rich in natural beauty. The mountains are low, but incredibly scenic, plus there are caves, wild beaches, and unbelievable landscapes. But one place near the city of Yevpatoria is truly unique — and attracts crowds of Instagrammers. This is the salty Lake Sasyk-Sivash, which ranges in color from pink to bright coral, depending on the time of the year. And all because of its algae, which produce β-carotene. 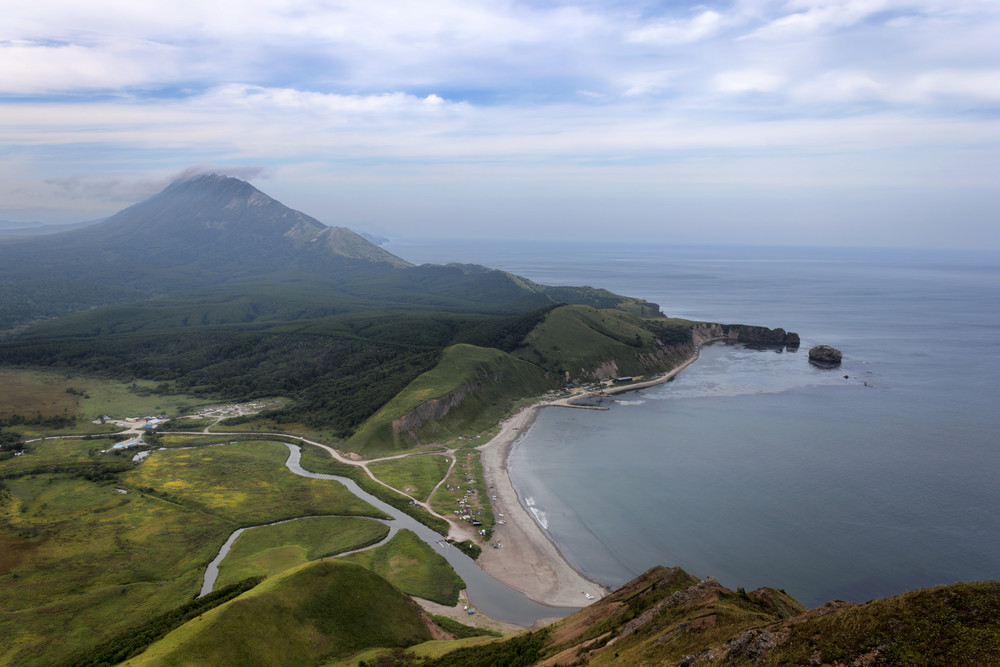 Tikhaya (Quiet) Bay is one of the most picturesque places on the distant island of Sakhalin in the very east of Russia. Even in bad weather, the bay is sheltered from the wind by the rocky shores that seem to embrace it from both sides. Tourists can climb the local hills and admire the bay from above.

Read about other scenic spots in Sakhalin here. 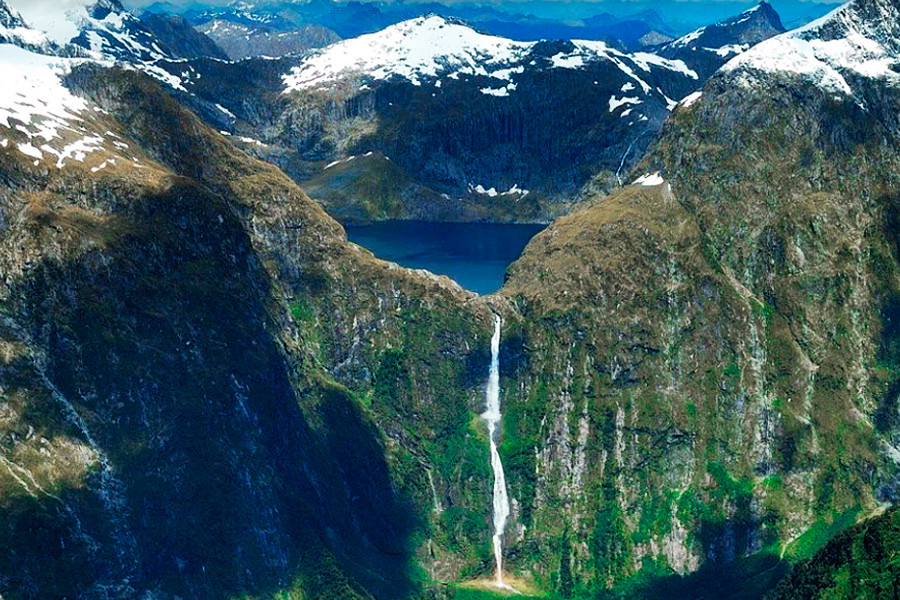 This utterly amazing sight opens up to the brave explorer who penetrates this most hard-to-reach place in the Sayan Mountains in Krasnoyarsk Territory. The waterfall beautifully cascades from one mountain lake into another, and then into a mountain river. At its maximum, the waterfall is 90 meters high. 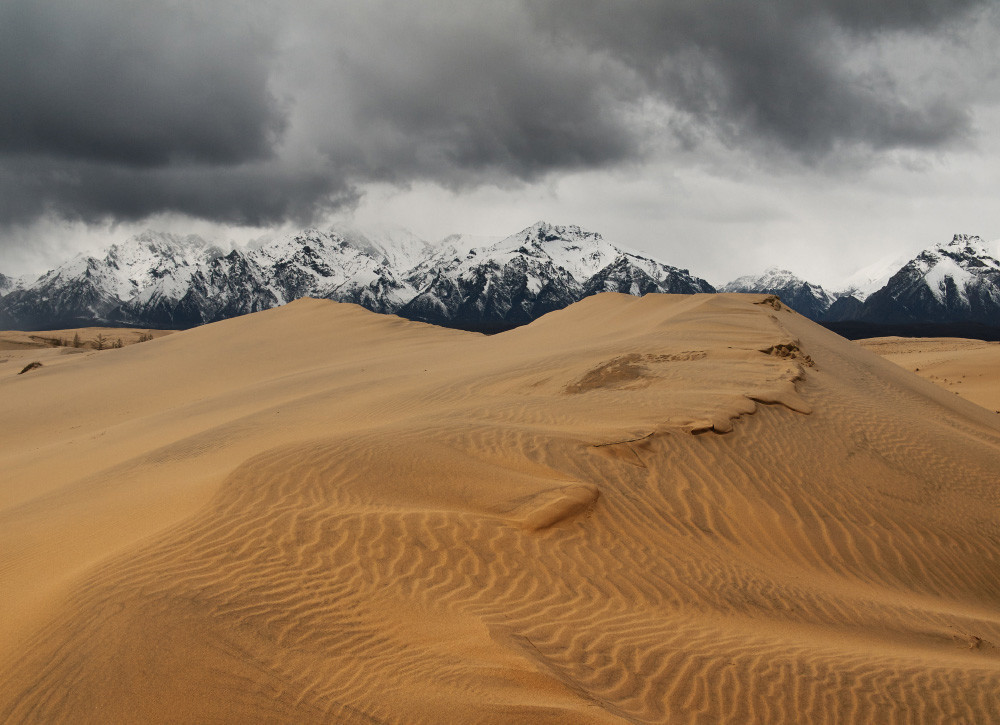 This desert region, 700 km east of Lake Baikal, is one of the strangest in the world. Its 30 sq km of sand are surrounded by taiga forest, swampland, and lakes, and the transition from desert to other types of landscape is very abrupt. Where else can you see a desert cheek by jowl with snow-capped mountain peaks? 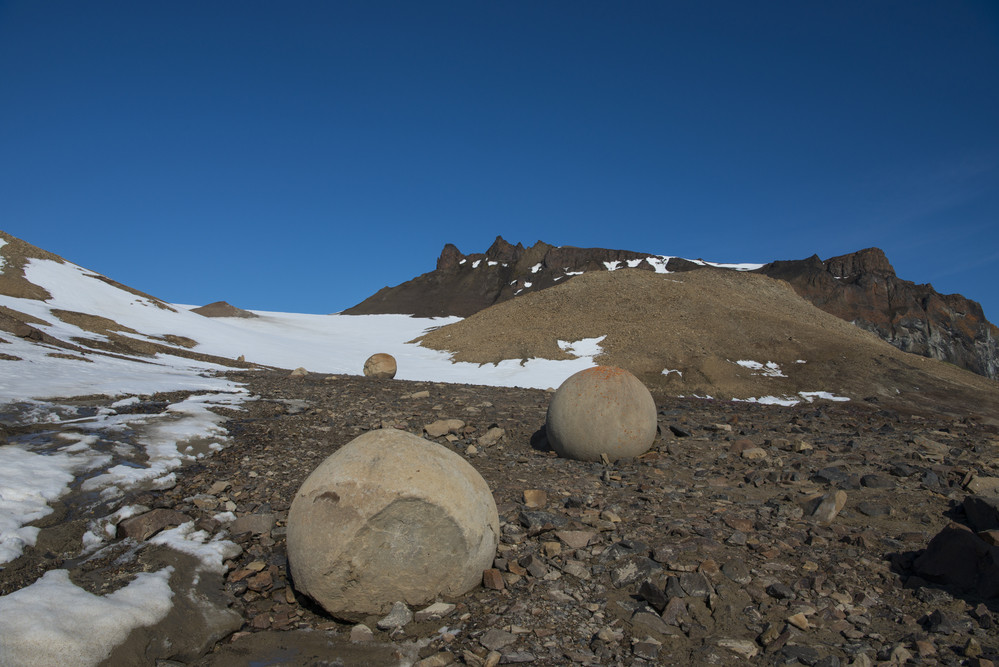 This archipelago of more than 190 islands in the Arctic Ocean will amaze intrepid travelers with its incredible snowy scenery. Also located in this permafrost zone is the northernmost point of Russia. It is home to one of Earth's most extraordinary wonders: the perfectly round stones on Champ Island. Scientists still disagree about how they formed.

Read more about this enigma here. 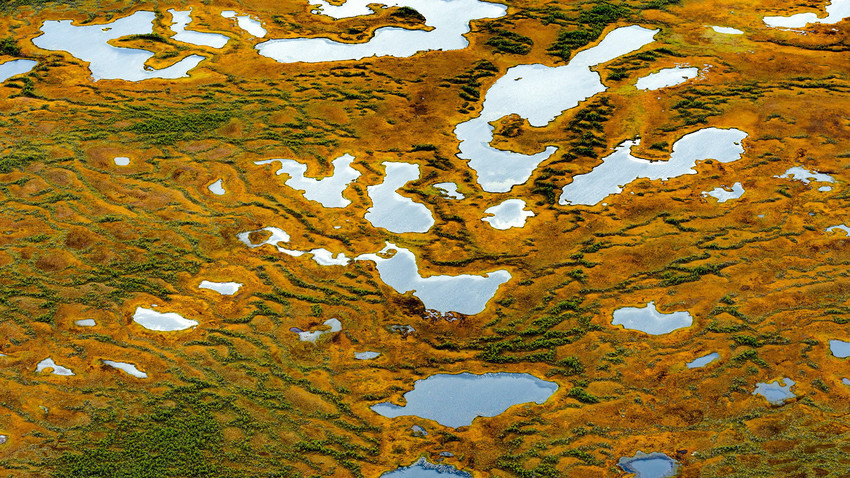 It’s hard to imagine that a swamp could be worthy of attention, much less a natural wonder. However, this marshland in Tomsk Region is completely unique, if only for its vast size. At 53,000 sq km, it is bigger than some European countries — and is continually expanding too. As a huge reservoir of fresh water, the swamp is under state protection. In addition, bog peat helps to slow down climate change. How? Read here! 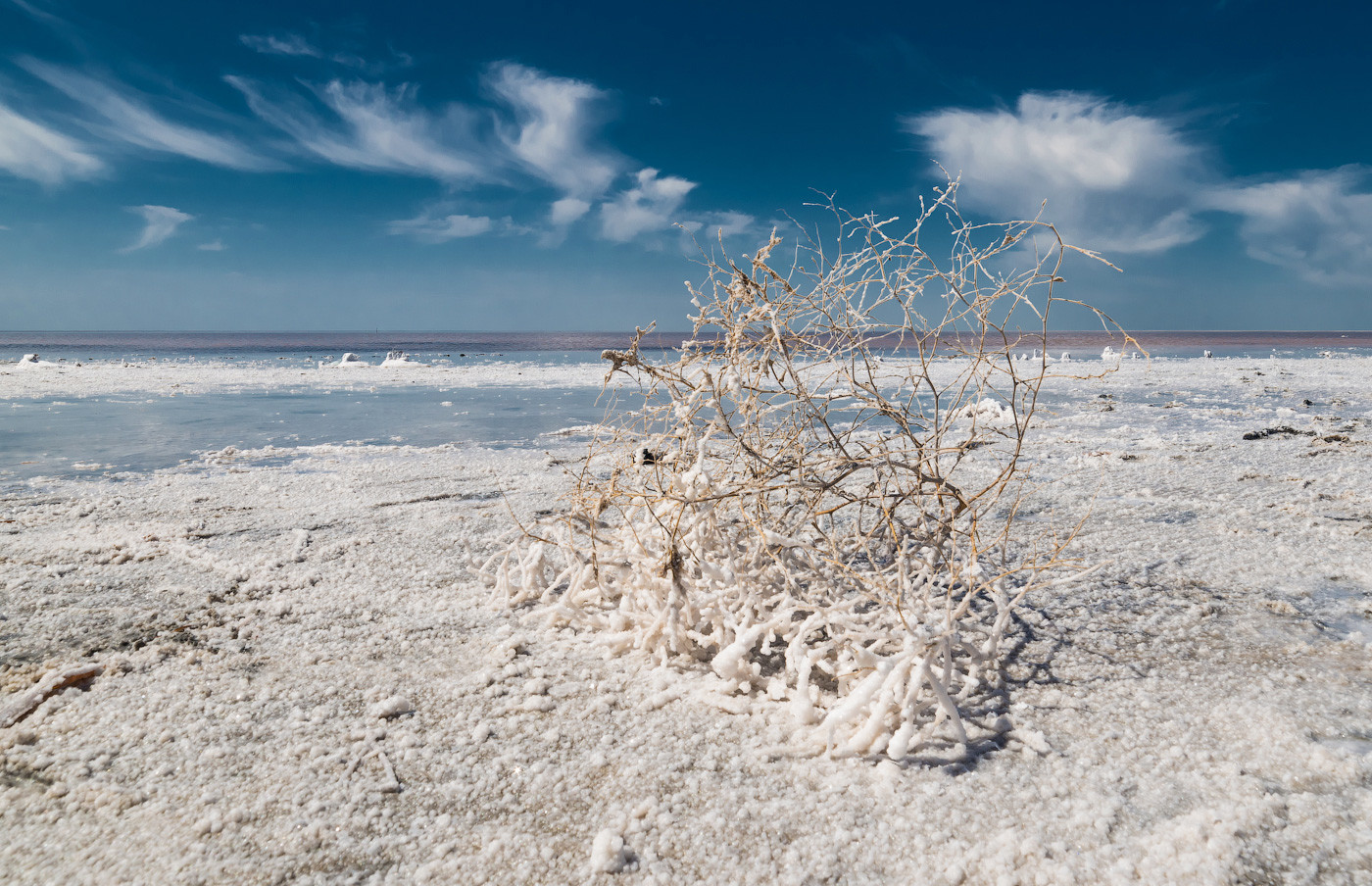 Salt from this lake was once served on the dining table of Russian tsars and eminent nobles. These days, salt is mined mainly from the neighboring Lake Baskunchak, while Elton has become a natural landmark. In summer, the water here almost completely dries up, causing the salt to cling like ice to plants and anything else in the lake. So tourists are advised to wear strong shoes to avoid salt burn. 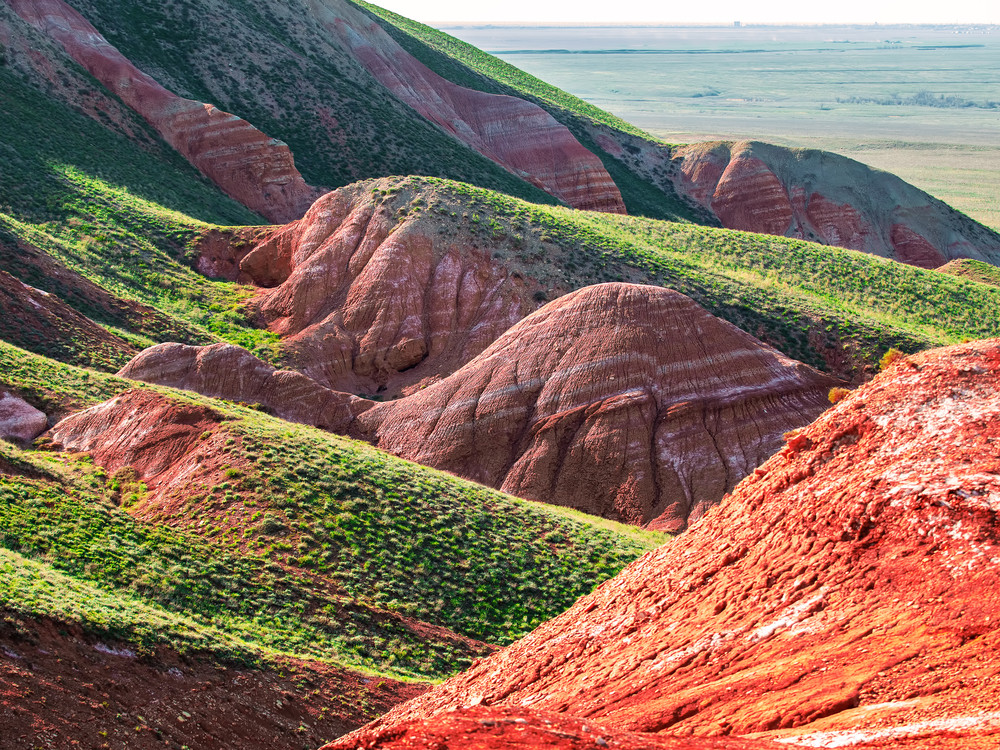 Nearby the salty Lake Baskunchak in Astrakhan Region, there stands an unusual mountain that nature really has had fun with. The salt dome is covered with sandstone and clay, and the weathering process has created amusing cheese-like cliffs. Plus, there are many caves and niches with traces of ancient creatures. 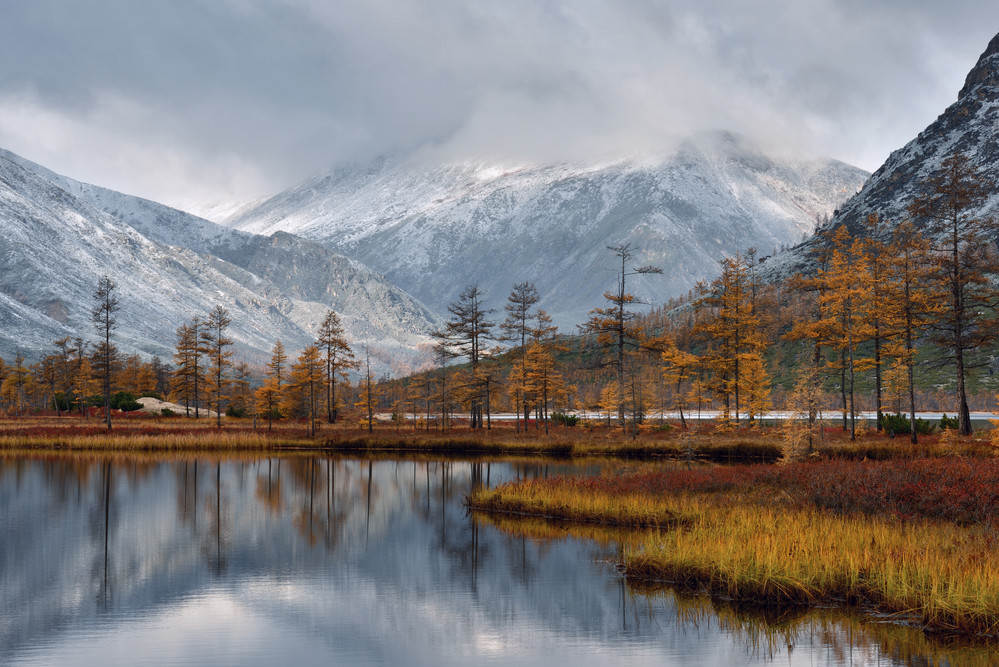 In Magadan Region, near the Kolyma River, there is a picturesque place — a narrow elongated lake with a sinuous fjord-esque landscape. The surrounding climate is harsh: not for nothing is the area notorious as the site of the most brutal Gulag camps in Soviet times. But even the darkest pages of history cannot spoil the natural beauty here.

Its unusual name is believed to have been coined by geologists who happened to be fans of the US writer. However, according to legend, members of the first expedition here mysteriously found a copy of Jack London's book Martin Eden on the lakefront.