Here's why you should climb Elbrus, Europe's highest mountain 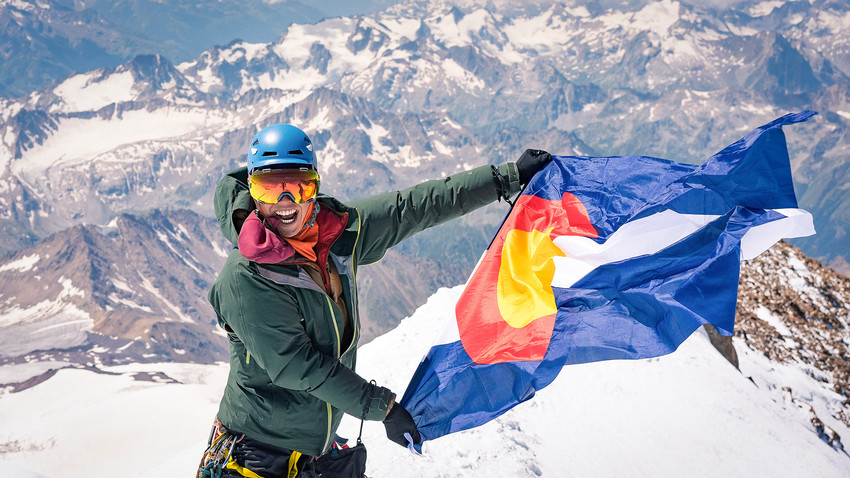 Personal archive
Despite the fact that Elbrus is considered a technically easy mountain for climbing, it still attracts thousands of rock climbers from around the world. For many of them, to conquer this Russian mountain is a life challenge.

Mount Elbrus (in fact, a dormant volcano) in Russia’s Caucasus region is annually visited by thousands of foreign tourists from over 70 countries. Some of them are ski enthusiasts, but most dream of conquering one of the highest peaks in the world.

One of the world’s 7 summits

A true dream of every mountaineer is to climb all the so-called 7 Summits, the highest peaks on each continent. With a height of 5,642 meters, Elbrus occupies fifth place in this list.

“Often climbers summit Mt. Kilimanjaro in Africa first, then Mt. Elbrus second,” says Andrew Slate, who operates the tour company Beyond Red Square that does Mt. Elbrus climbs. “For many, it’s the first real climbing in snow they’re doing at such a high altitude,” he adds.

Surprisingly, even for professional rock climbers Elbrus often remains terra incognita. “I was surprised that the highest European peak wasn't in the Alps, but in the Caucasus,” Andy Mitchell, an experienced climber from Wisconsin, says. 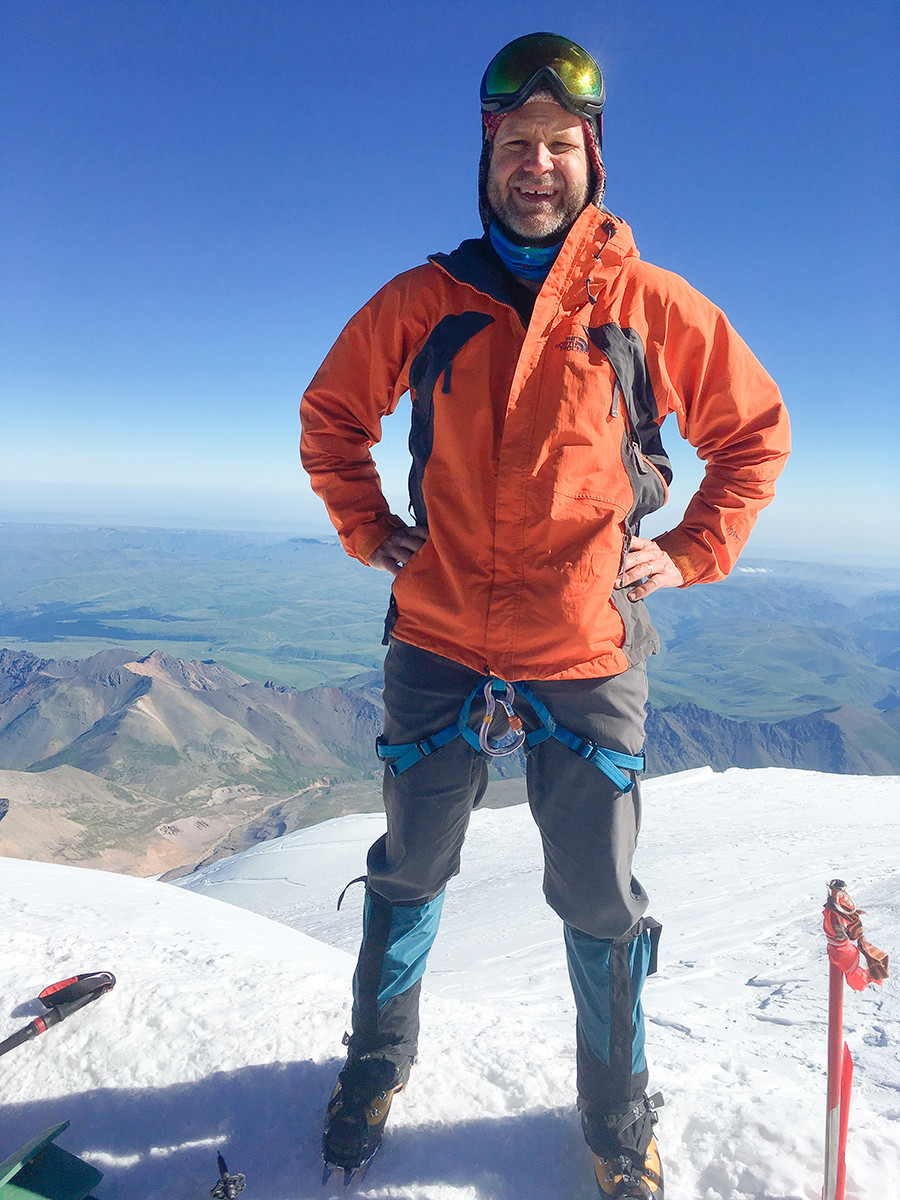 US rock climbing instructor Camilo Gomez planned to visit friends in the city of Krasnodar, and found out by chance that Elbrus was just over 500 km away. “When I realized that the tallest mountain in Europe was only a few hours away, I wanted to climb it,” he says.

Some rock climbers come to conquer since despite bearing the title of Europe’s highest peak, it is not considered a technically “hard” mountain. A professional climber would see no major challenge in ascending its smooth slopes.

Camilo even says that the southern route to the peak, which most tourist climbers take, was too easy for him.

For an amateur climber, to be in good health is the only necessary condition to complete the 10-hour journey to the peak.

However, along the way, a tourist can face altitude sickness, the aggravation of existing heart problems, bad weather, extreme cold, etc. So even such “easy” mountains can only be as part of a group under the guidance of a certified mountain guide 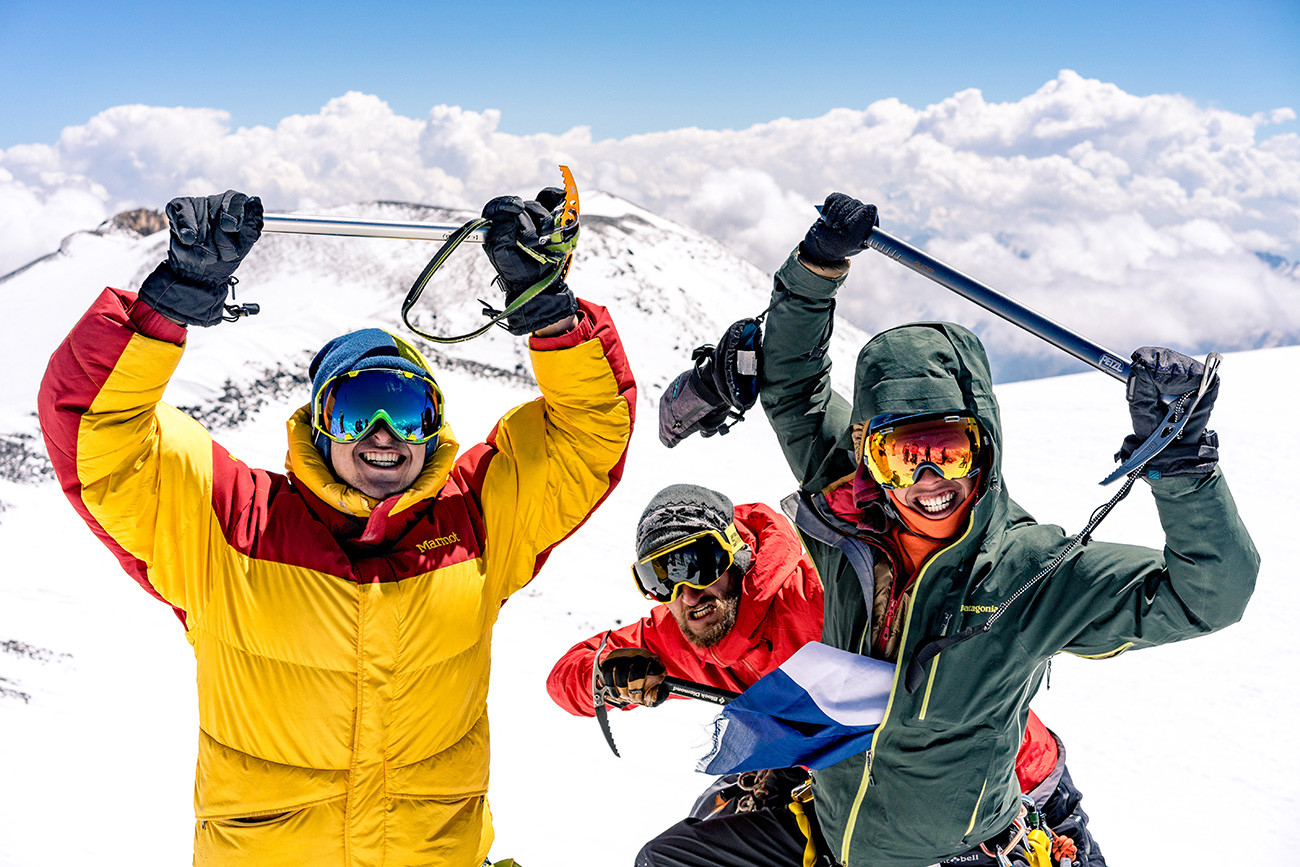 who make it all the way up are rewarded with beautiful breathtaking views. Some climbers say that they feel on top of the world (and definitely on top of Europe). It is believed that sometimes on clear cloudless days it is possible to see two seas (Black and Caspian) from the peak of Elbrus.

Other climbers come to Elbrus to experience the specific “Russian” climbing conditions.

The Russian government is making huge efforts to turn Elbrus into a top-class ski and climbing resort. One of the main “Russian wonders,” Elbrus is earmarked to become the country’s calling card.

Nevertheless, the infrastructure for Elbrus still has a long way to go. Some of the hotels, restaurants, tourist and cableways remember Soviet times and can hardly be described as luxurious. However, such modesty and minimalism are often what rock climbers prefer and seek.

“The infrastructure for Elbrus is great. From my perspective, more development simply reduces the feeling of autonomously doing the work. As a climber, I love raw experiences. I appreciate mountains with nothing on because it makes me feel closer to nature,” says Meng Koh, a rock climbing and extreme sports activist from Colorado.

“I liked everything about where we stayed and how we got around. The towns in the valley are beautiful, lodging was great and the food was real local food and drink. I'm not a typical American. I like things to be rustic, minimalist, and practical. I don't need to be warm, dry, safe, and well fed every minute of the day. These are the conditions I found on this climb and other things I've done in Russia. ‘Pa Russky’ (“Russian-style”) is a phrase I learned from one of my friends. When I go on vacation, skiing, or running, I am happiest when things are ‘Pa Russky.’ The Elbrus adventure was ‘Pa Russky’ and that's how I hoped it would be,” Andy reveals 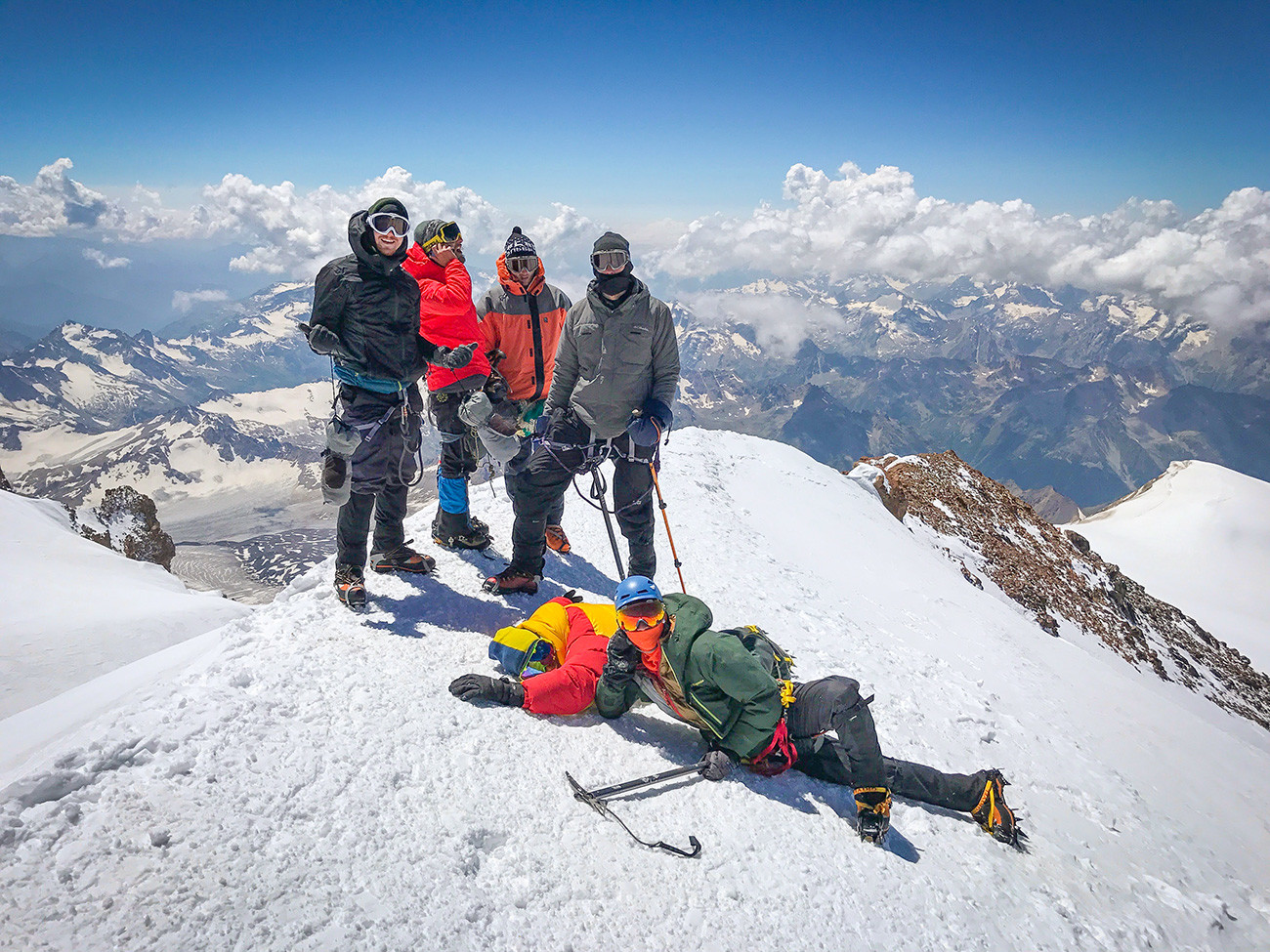 shares these sentiments: “The cultures of the Balkar and Kabardian people living around Elbrus are amazing and the hospitality of these peoples make Elbrus one of my favorite mountains. The infrastructure on the mountain is good, there is much more infrastructure than on other mountains I have climbed.”

There is, however, a fly in the ointment. “One thing that would be nice to see is some of the large metal trash and older broken buildings cleared away to make the mountain look cleaner and more natural,” Camilo says.

“The one thing that I hope for is that trash is taken off the mountain more efficiently,” Meng agrees.

In the minds of many foreigners, the North Caucasus is still inextricably linked to the Chechen wars and terrorism. Many people are afraid to come here, not realizing that the situation is completely different today.

Such places as Elbrus can help break this mindset, Andrew Slate is sure. “Once people are here in the Caucasus and see how beautiful it is, and how kind the local people are, it really helps to change their stereotypes about Russia and the North Caucasus,” he sums up.