7 great mountains in Russia, other than Elbrus (PHOTOS)

Travel
Ksenia Zubacheva
Even if you are not a serious alpinist, visiting these stunning peaks will add some adventure to your Russian holiday.

“Is there anything better than mountains? Mountains that you haven’t visited yet.” Ask any Russian and they’ll know this famous song for sure. It’s by Vladimir Vysotsky. And who can really disagree with it?

The Caucasus, Altai, Urals, Siberia, Kamchatka - there are many locations in Russia where mountain-lovers, alpinists, and hikers can experience the magic of mighty peaks for themselves.  Previously we’ve told you about the highest mount in Europe, Elbrus (5,642 m) in the North Caucasus, but it is only one of the many lesser known but equally appealing destinations. 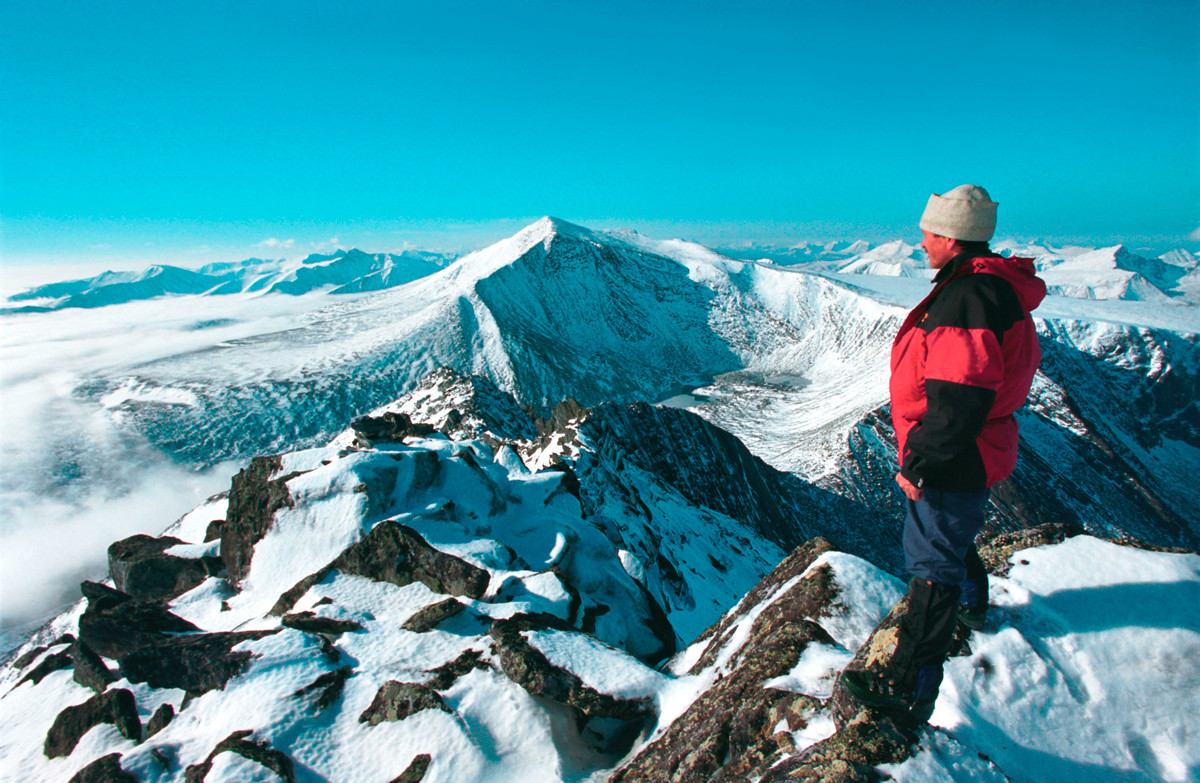 The highest peak of Russia’s Urals, Narodnaya has two versions concerning the origin of its name. According to one, the first expedition in 1927 named the mount “The People’s Mountain” to mark the greatness of Soviet people. The second, however, says that the name derives from the Naroda River that originates in this mountain. Anyhow, the site became popular among the country’s hikers in the end of 1950s and ever since Narodnaya has been considered a must-visit destination for any self-respecting Soviet rambler. Tours here are available today as well and don’t require any serious alpinist equipment or experience, but you probably need to be in fairly good physical shape. 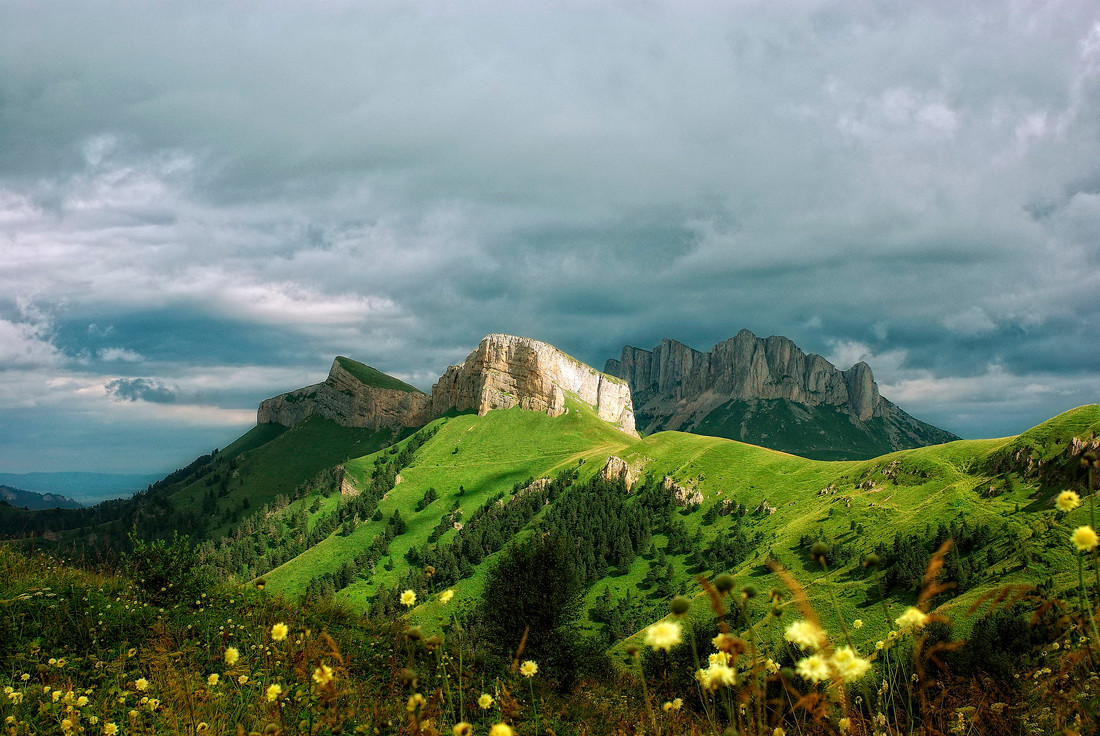 Located in Russia’s Western Caucasus, Bolshoi Tkhach is an impressive mountain range in the Bolshoi Tkhach Nature Park, which is a UNESCO World Heritage Site. Resembling a giant fortress straight from the Middle Ages, the mount doesn’t only attract professional alpinists, it’s also a popular tourist destination for beginners. You’ll need at least four or five days to explore this beautiful scenery. 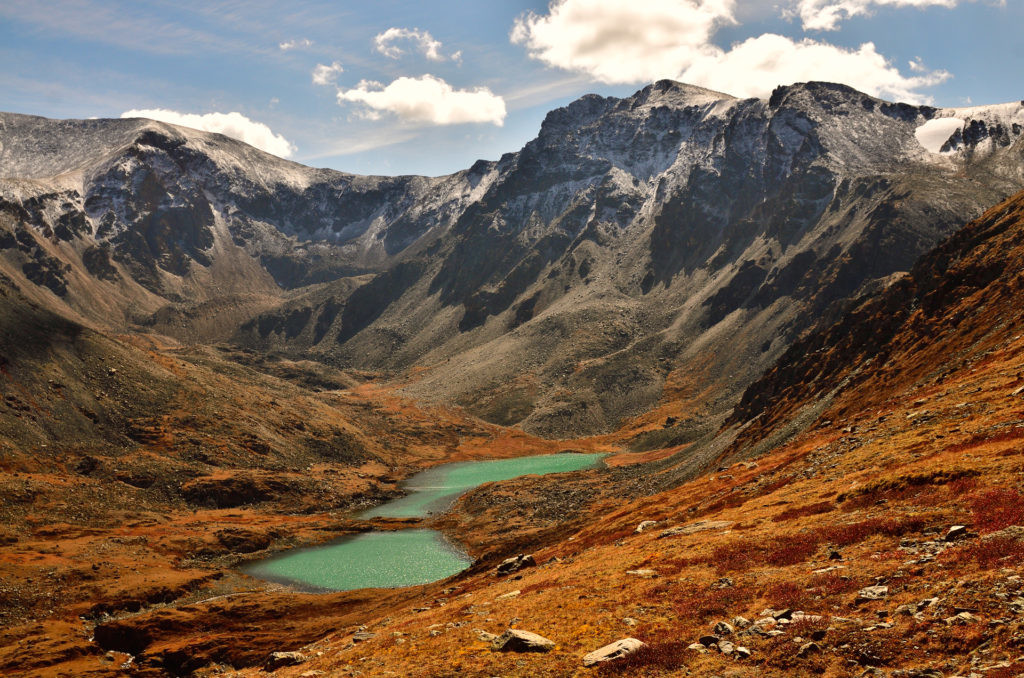 A sacred place for locals living in Russia’s Tyva Republic, Kyzyl-Taiga is the highest peak of the Western Sayan mountain range, rising up the stunning landscape of Altai and the valley of the Yenisei River. Its name in the Tuvan language translates as “the red mount covered in forests” - probably because trees grow here in abundance. The site is remote and seldomly visited by tourists, so if you’re looking for a few days of peace and quiet, Kyzyl-Taiga is just what the doctor ordered. 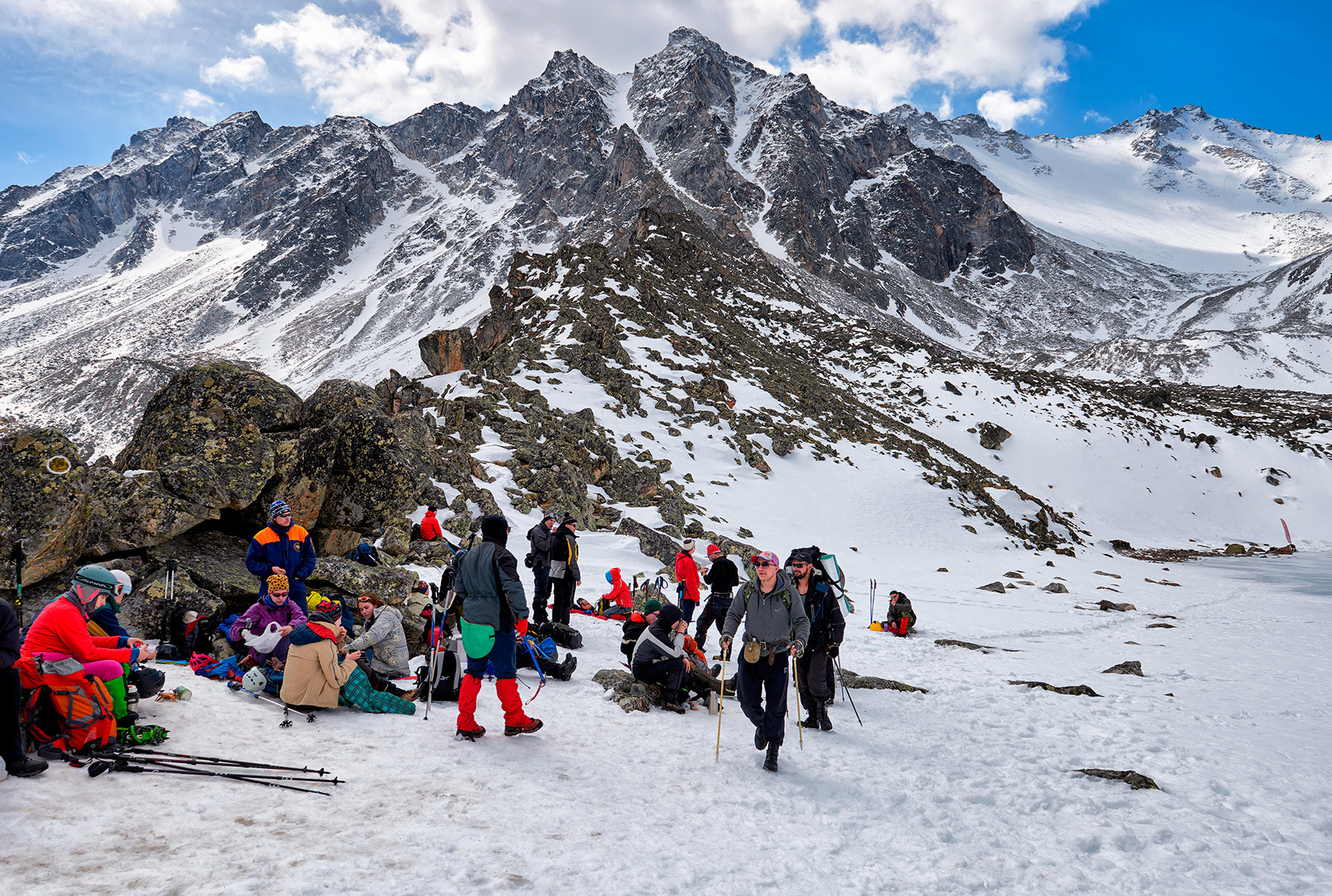 “An eternal bald peak” (as Munku-Sardyk translates from Mongolian) soars higher than the other peaks of Buryatia’s Eastern Sayan range. Located on the border between Russia and Mongolia, this mountain isn’t easy to climb and requires experience. There are rock climbing passages and ice fields on every route to the summit, plus there are three glaciers - something you won’t see on any other peak in the Sayan. 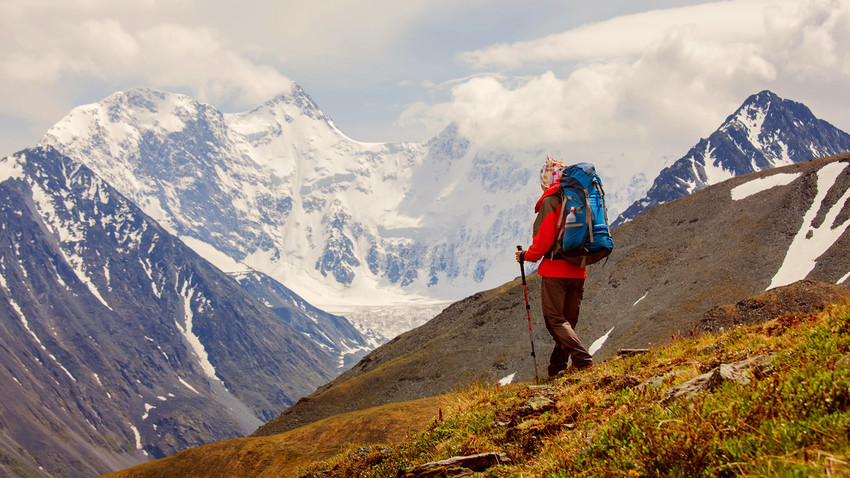 The highest peak in Altai, Belukha is part of the “Golden Mountains of Altai” UNESCO World Heritage Site and became popular outside Siberia in the 1920s, thanks to the Central Asian expedition of the famous painter Nicholas Roeriсh. He was astounded by the area’s purity and fascinated by how far echoes traveled. Russians call it “Belukha” from the word “beliy” (white) because its snow-white peaks can be seen all year round. Solo travelers, members of sport clubs, and even regular tourists scale this ice-covered mountain, but climbing it isn’t for beginners: getting to the top of Siberia’s highest peak is no walk in the park. The ice and remote destination put the mountain on par with the inaccessible peaks of the Pamir Range. 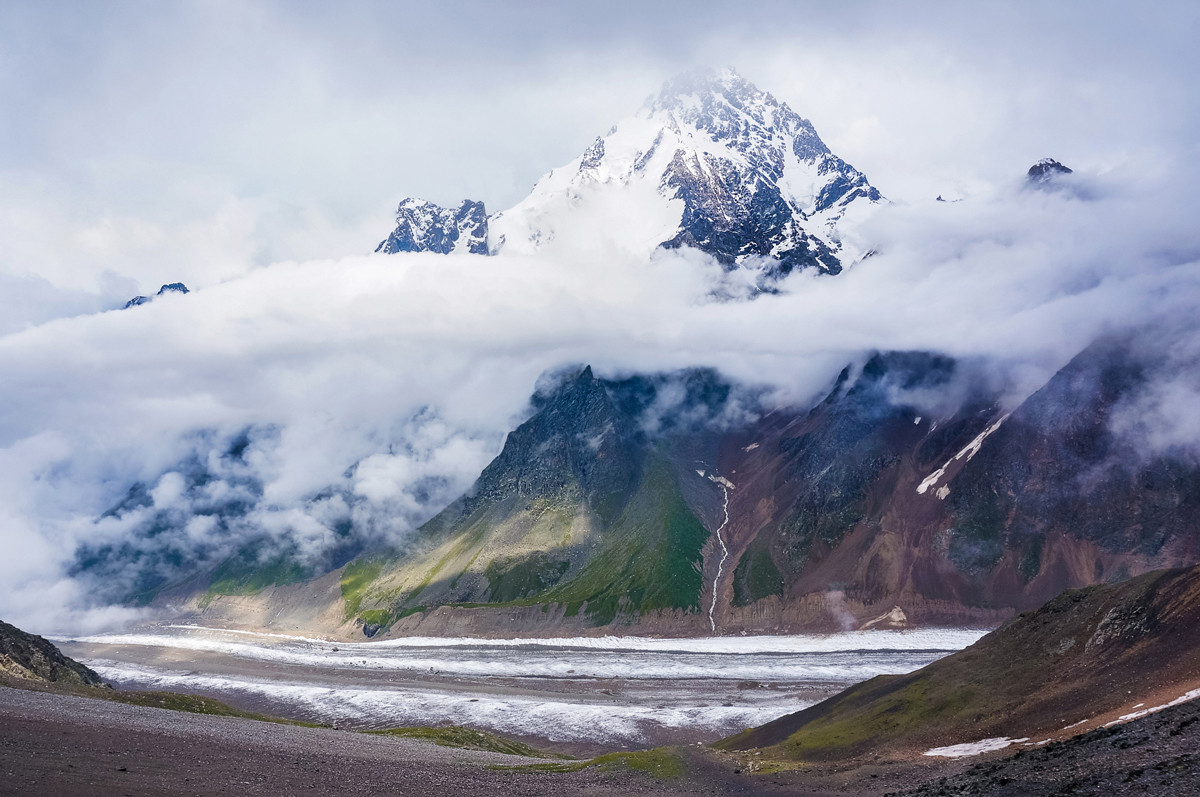 Dykhtau (translated as a “Steep Mount”) is the second highest mountain in the Caucasus and the whole of Europe after Elbrus, but conquering it isn’t easy. Famous for its technical difficulty and frequent avalanches, the mountain is on the Second Seven Summits list, which is a more difficult alternative to the better-known Seven Summits Quest. Along with K2 and Mount Kenya, Dykhtau poses a harder challenge to climb than any of the highest peaks on the planet and it’s often for this reason (and the lack of tourist crowds) that experienced mountaineers make it their goal. 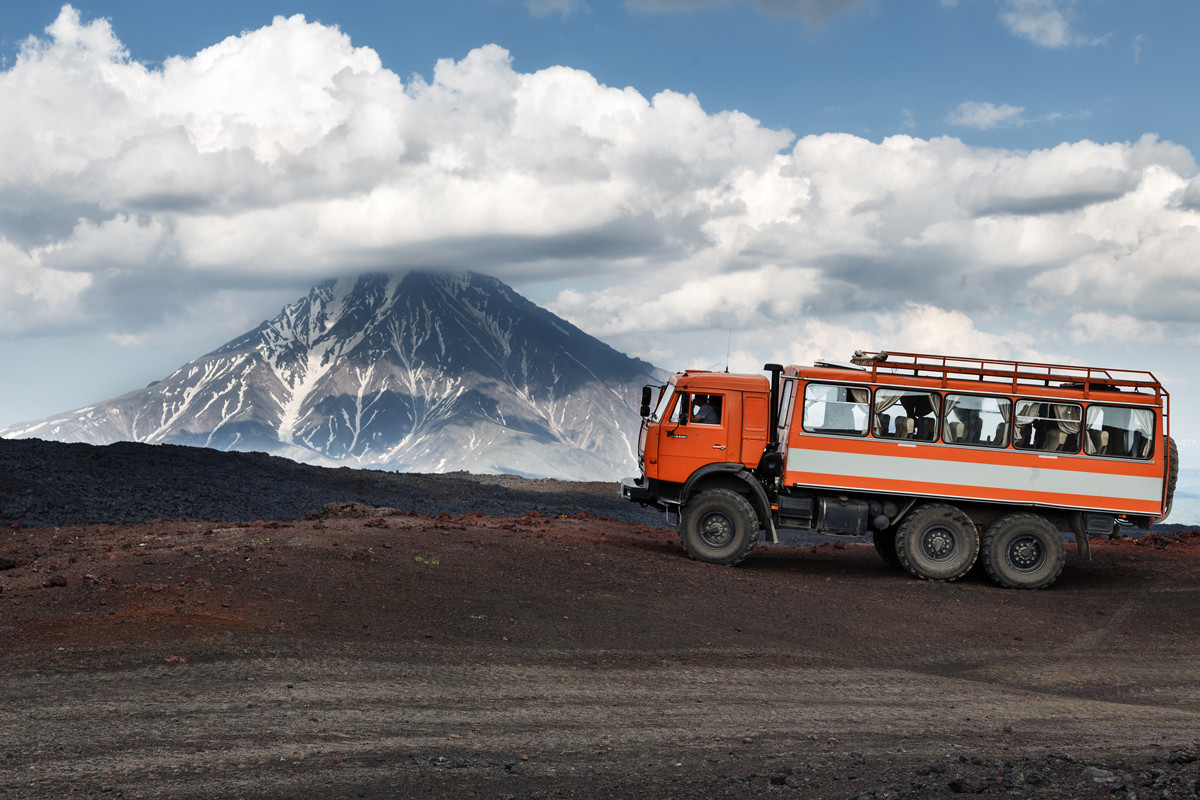 The highest mountain on the Kamchatka Peninsula and the highest active volcano in Eurasia, Klyuchevskaya Sopka is not for the faint-hearted. Also a UNESCO World Heritage Site, the volcano is estimated to be 7,000 years old and continues to grow as a result of occasional eruptions every three to five years on average (the last eruption happened in 2017). Tourists and alpinists come here often, both to get the adrenalin pumping and to enjoy the scenery.