11 breathtaking photos from the place where winter never ends 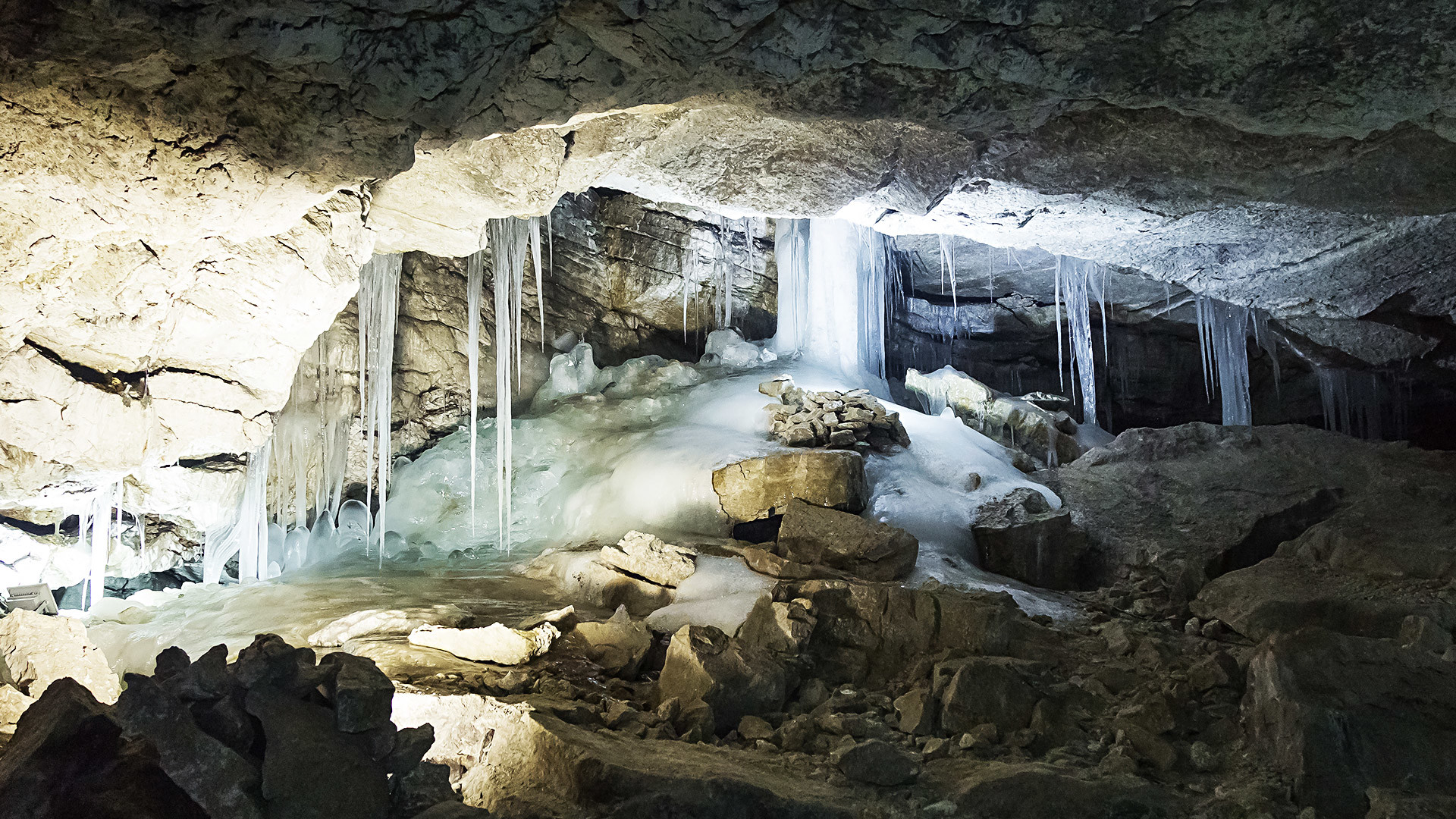 Oleg Vorobyev
Looking to chill out? Travel to the kingdom of eternal frost in the Urals where ice formations even remain in the summer.

1. Huge stalactites hanging over your head, eternal glacial blocks beneath your feet and bottomless underground lakes: the freezing treasures of the Urals reside in the Kungur ice cave. After emerging from a 40-meter tunnel, you are struck to find yourself in a permafrost kingdom of age-old ice. Some formations are 300 years old. 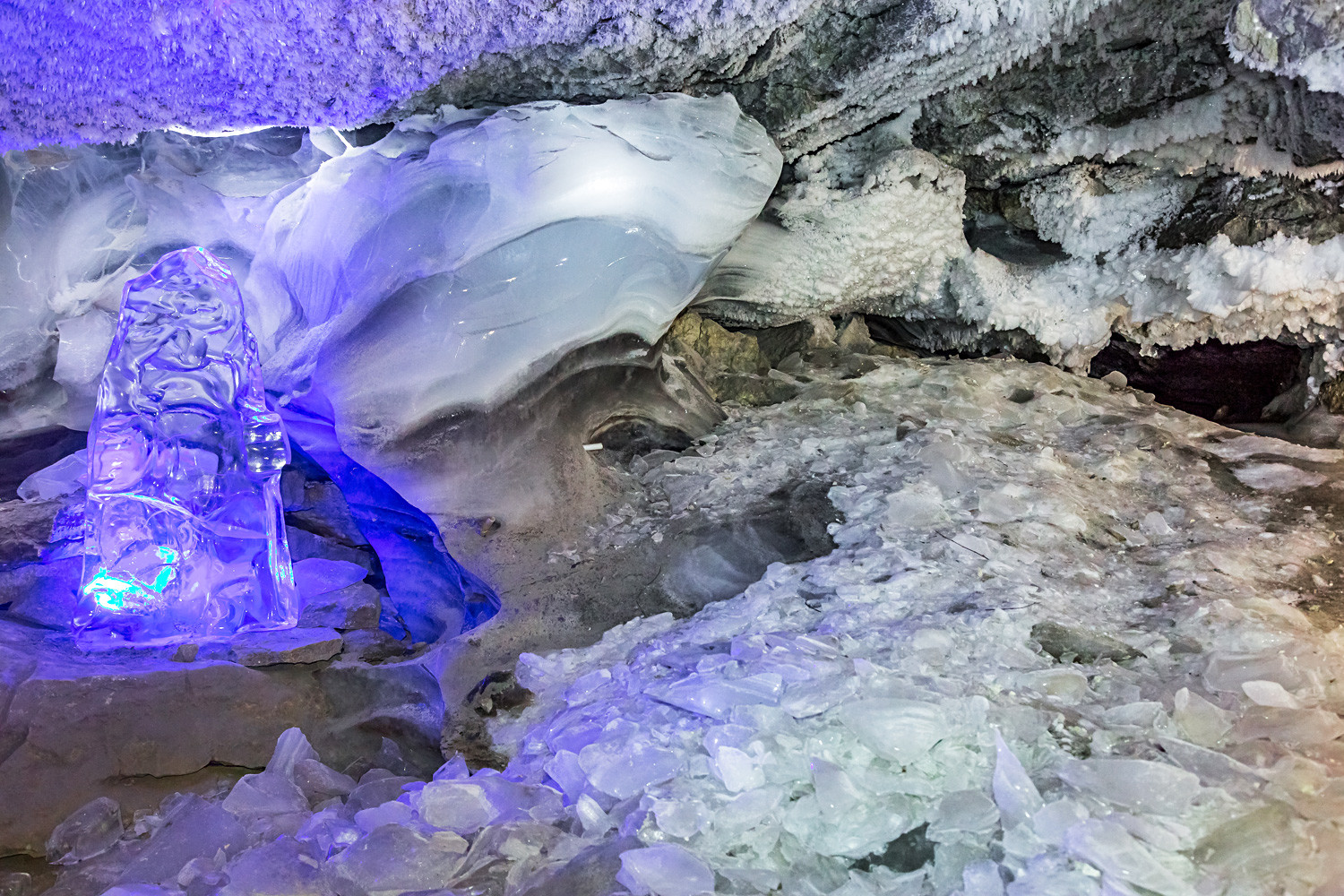 2. Located in the Perm Territory, 50 miles from the city of Perm itself, this is the oldest sightseeing subterranean in Russia. It has been known since 1703 when the town of Kungur was visited by the Siberian historian and cartographer Semen Remezov as part of a map-making expedition. Locals told him legendary tales about how Yermak, Siberia’s conqueror, wintered in the halls of the ice cave. 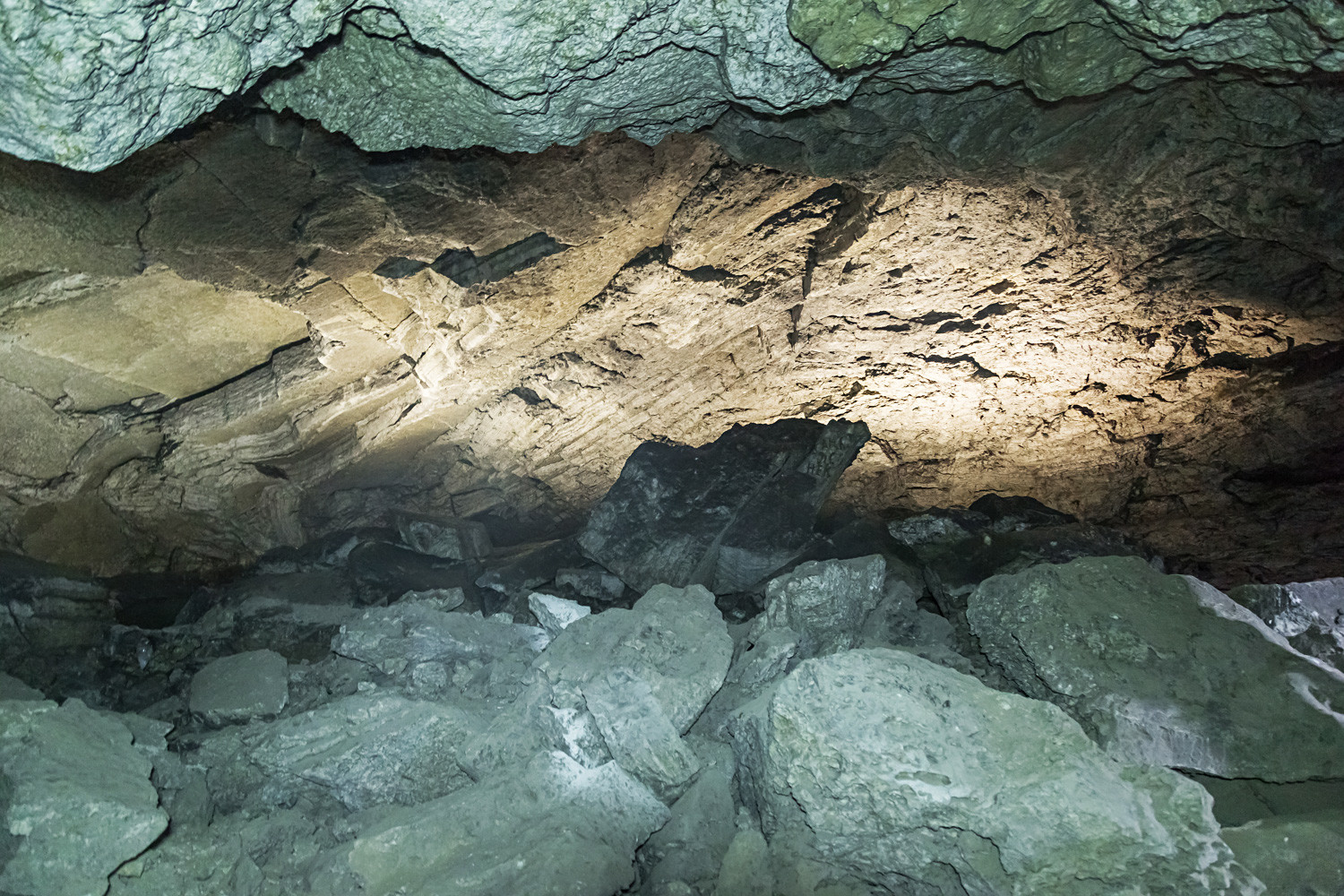 3. This fact was incredibly important for Remezov because he was attempting to complete the history of Siberian exploration. He found a chronicle with drawings and made the first map of the cave with dozens of Orthodox crosses. According to him, the locals called the cave “the Creator’s world” and illuminated the darkness with Orthodox symbols: crosses and icons. Today the only remaining cross in the cave is an exact historical reconstruction of one taken from Remezov’s  map. 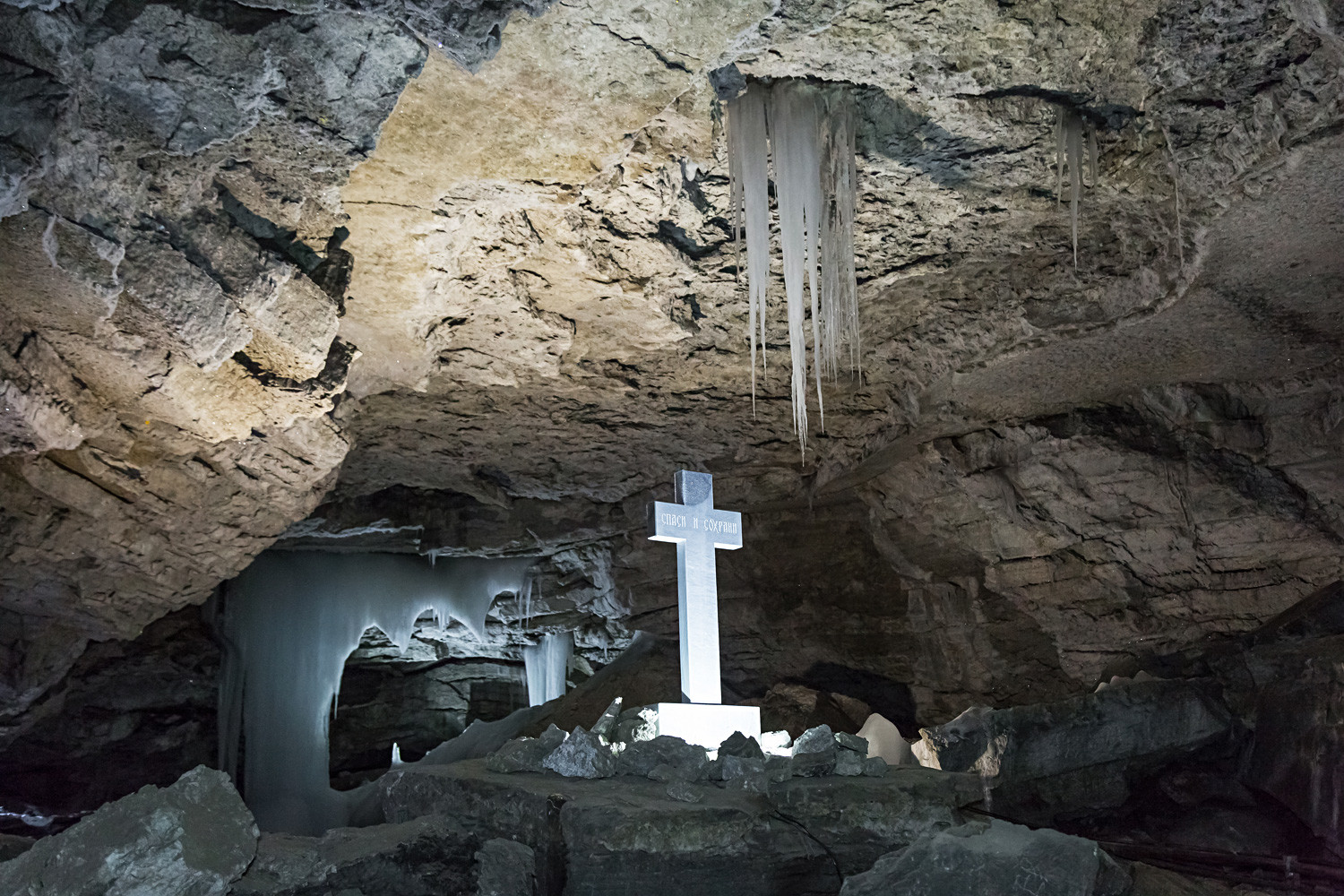 4. The cave stretches deep into the mountain. The labyrinthine system of tunnels is 3.5 miles long, but only one mile is open for tourists. As of today, 48 grottoes have been discovered. 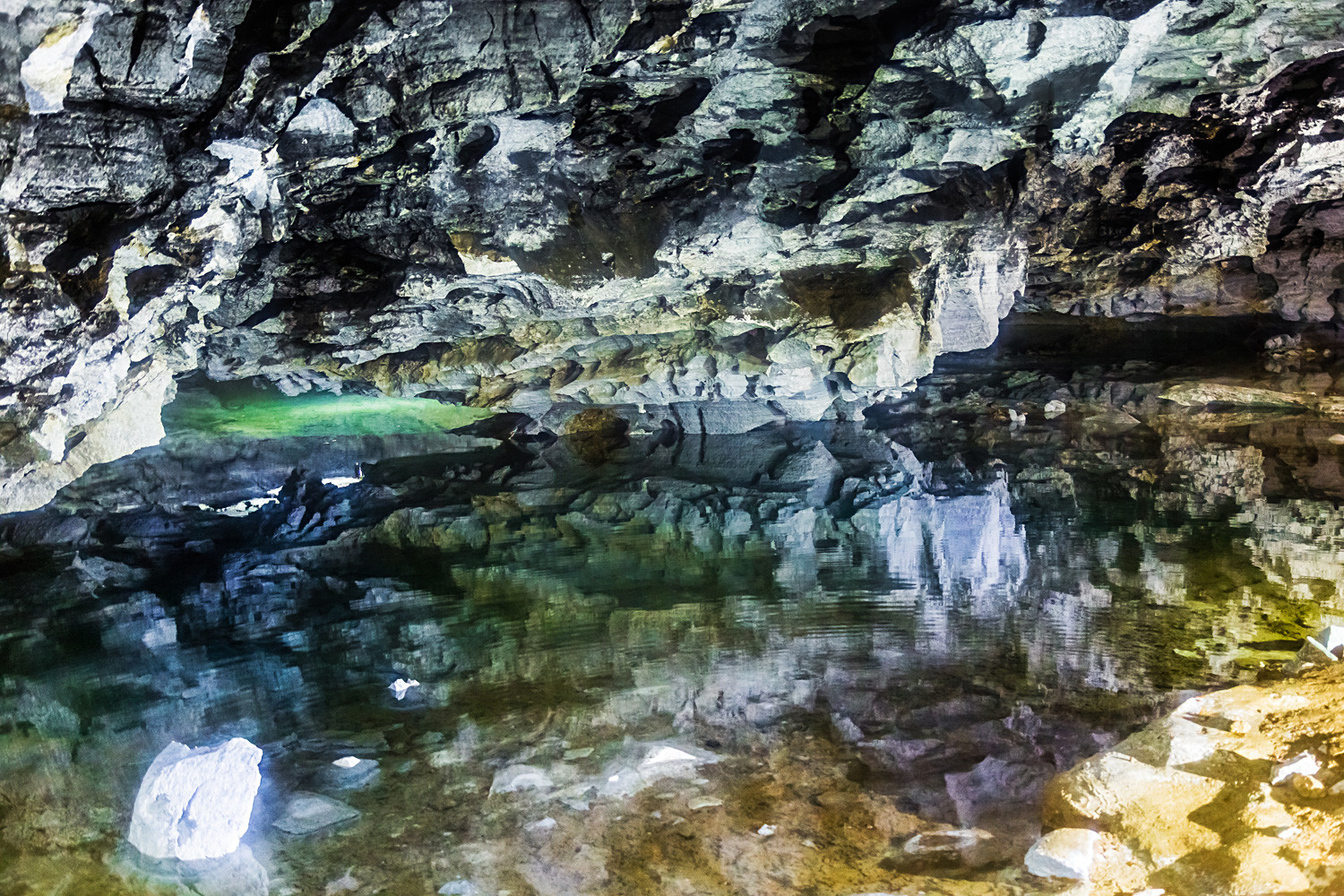 5. When inside, you may feel the extreme temperature range in the grottoes. In winter it is usually minus 15 Celsius, and in summer about minus 2-3 Celsius. But in the center of the it is always about plus 5 Celsius. The secret is that the cave is very long and large, and the cold air moving down into the depths is warmed up. 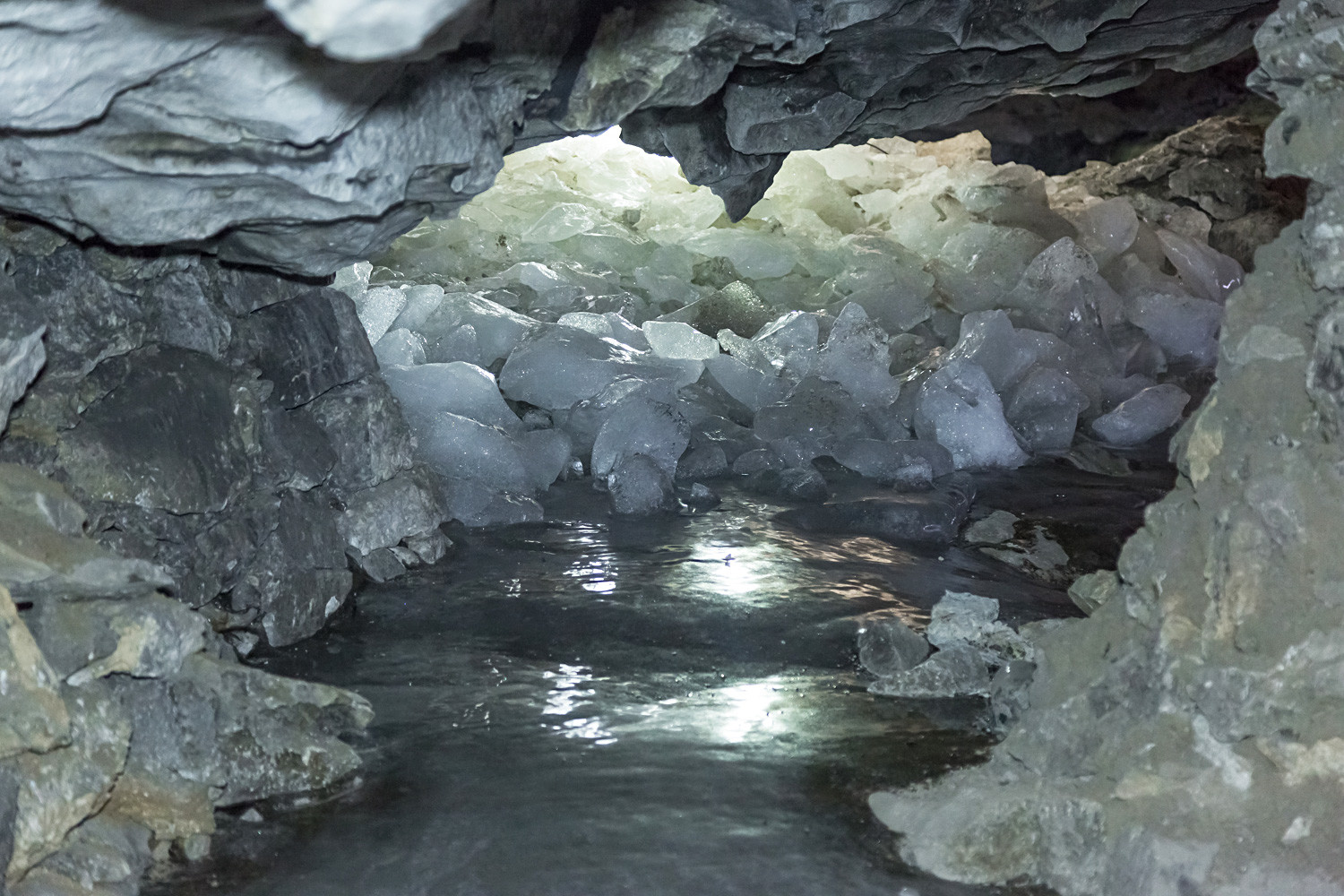 6. The icy giants start to grow in winter when the cave accumulates frost. When warm air flows from the depths to the surface and droplets of moisture touch the cooled stone walls, icy crystals begin to grow. The dawn of the ice decoration ends in late spring. These are the most beautiful crystals of the new season. 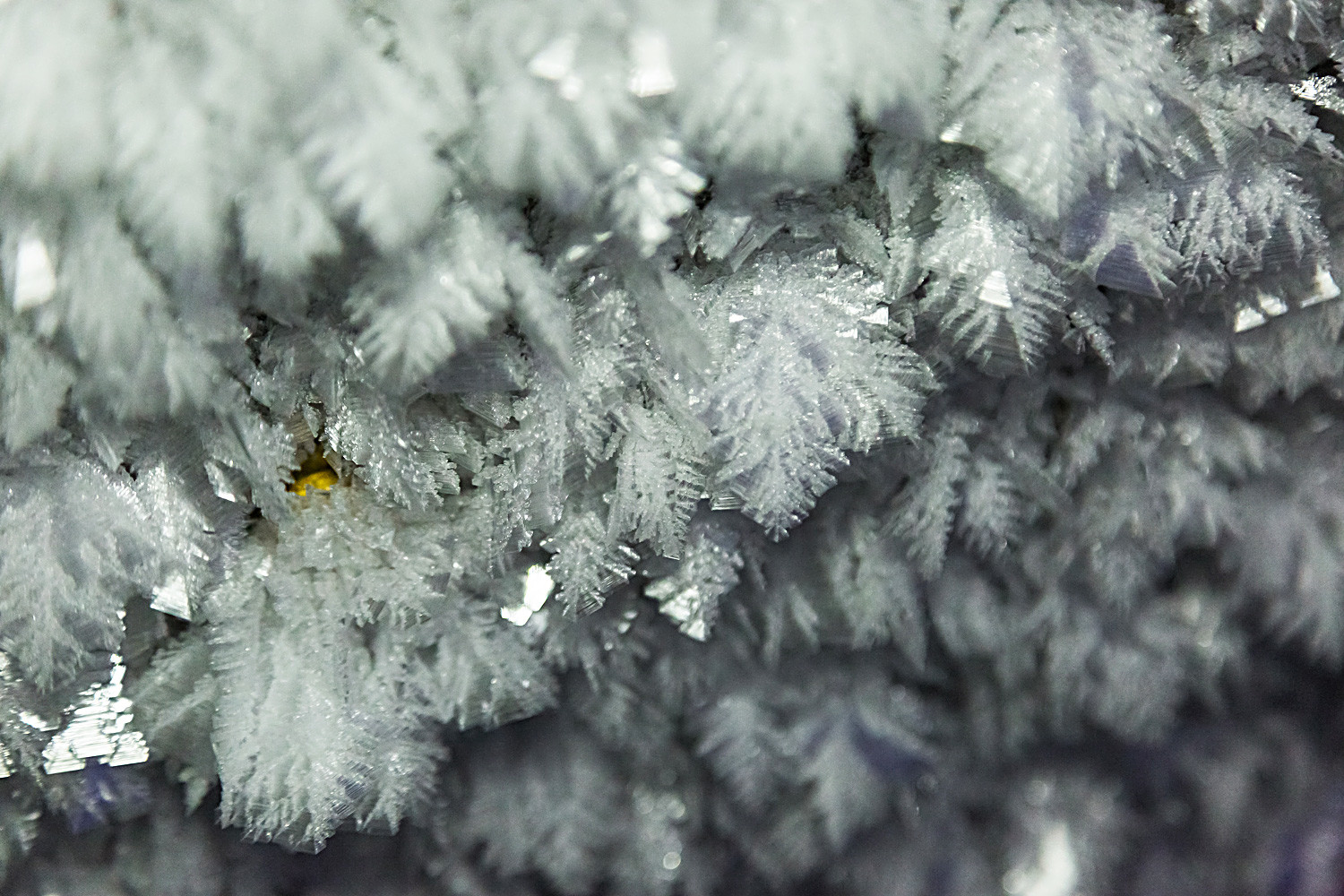 7. The ice that grows constantly changes the cave. For example, 70 years ago some halls were narrowed with ice, and people had to cut deep niches and steps right the ice. Sometimes people even slide down into another grotto to see another picturesque icy cascade. 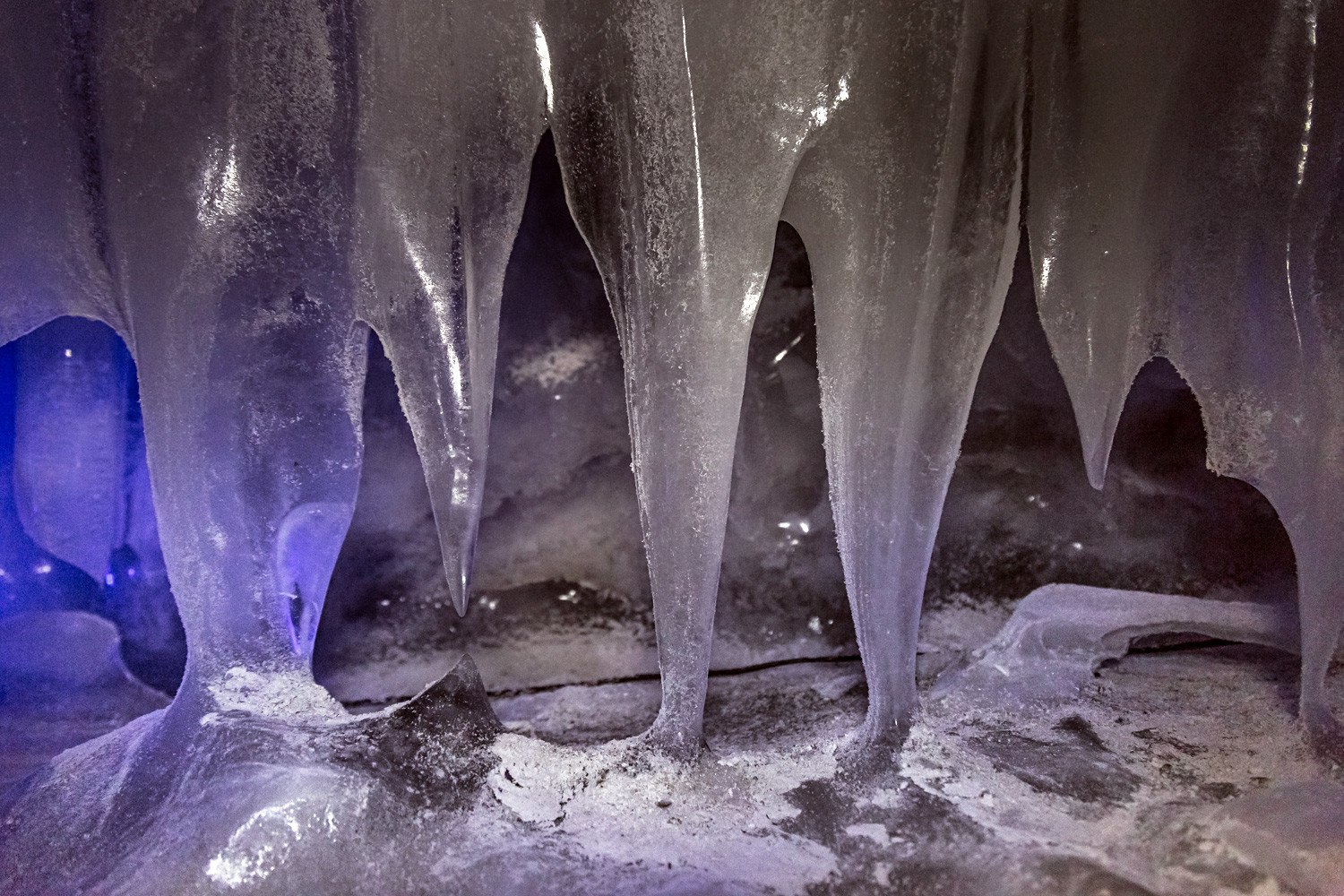 8. The ice formations that grow from above are called stalactites, and the ice columns are called stalagmites. This is so-called “seasonal” ice. They keep growing until the summer. And in the summer “cover” glaciers grow here, also known as frozen lakes. 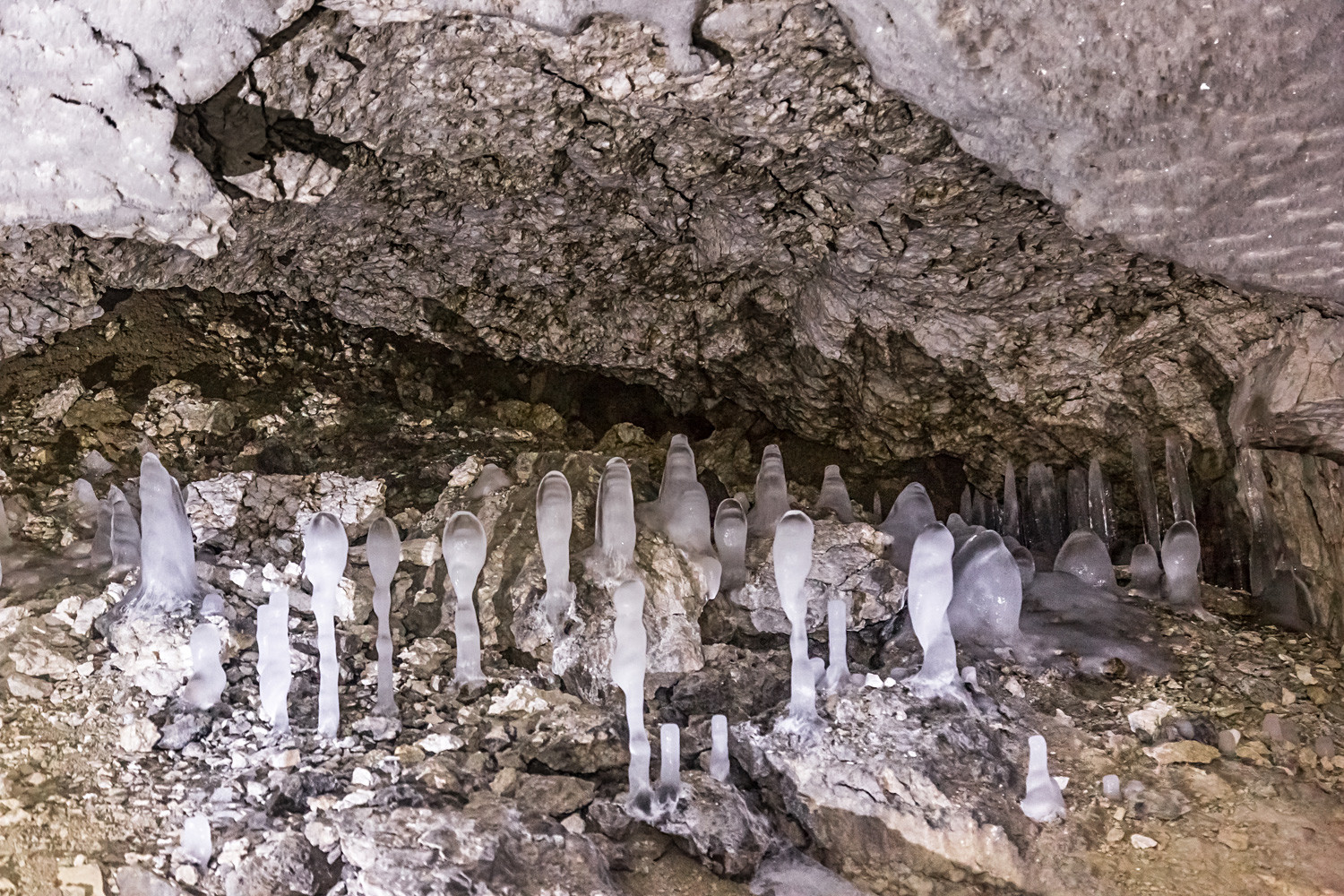 9. Now the cave is equipped with signs and lights, but don’t forget about the cave’s trickery. The subterranean is beguiling and disorientating and lost visitors could spend hours waiting to be rescued, all the while their reserves dwindling. No surprise that a century ago visitors were given 100 grams of vodka after a 5-hour tour of the cave. 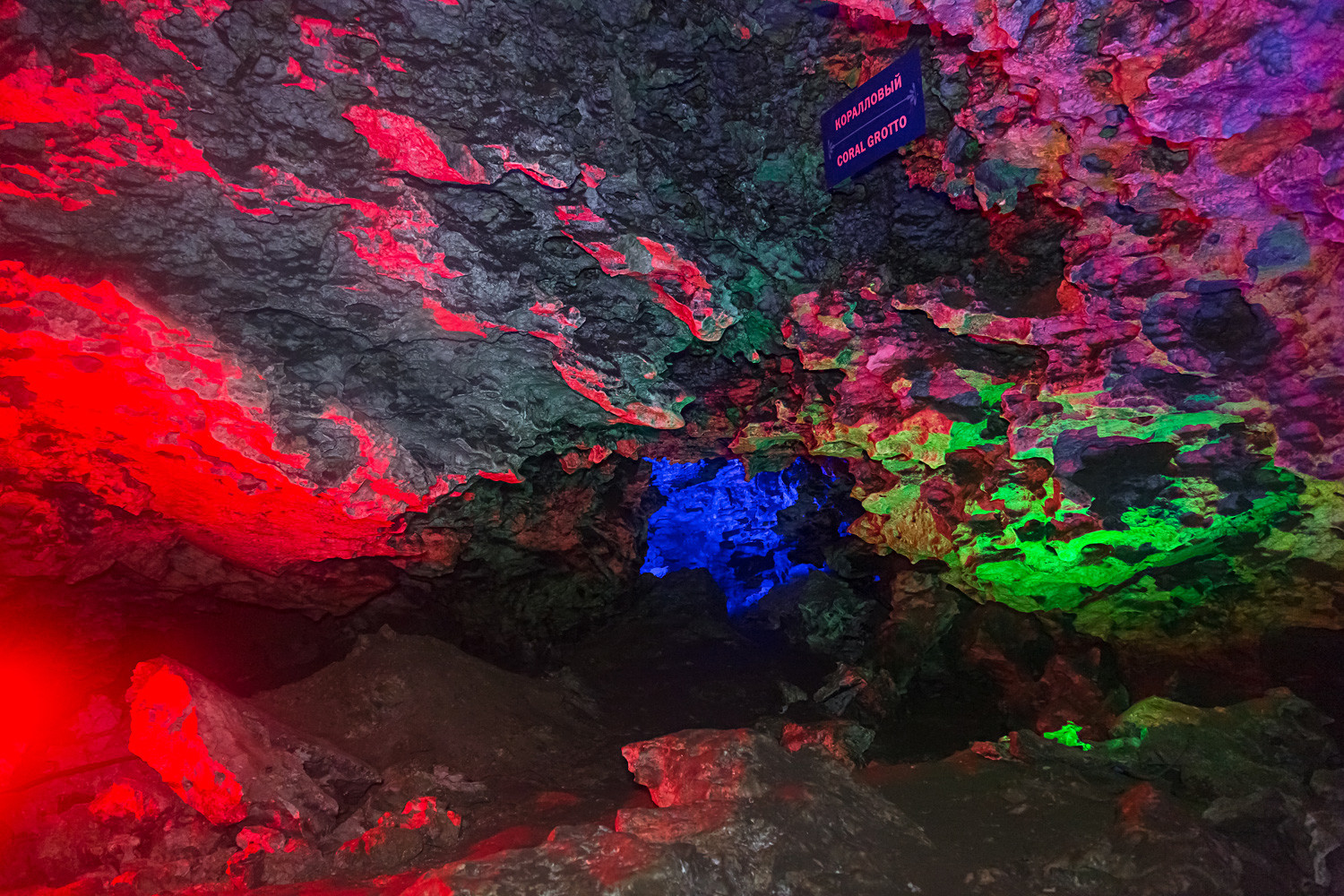 10. The cave became popular with tourists mostly thanks to its first local tour guide, Alexander Khlebnikov, who rented it in 1914 and organized underground hiking for guests of Kungur. All around the cave you will see soot. These are traces of past visits: torches, lights, kerosene lamps. Back then, tourists had to enter the cave through the only gate and crawl for a hundred meters. They could stand up straight only in the grotto. The tour led them to a big underground lake, where nowadays locals usually swim on the feast of Epiphany. 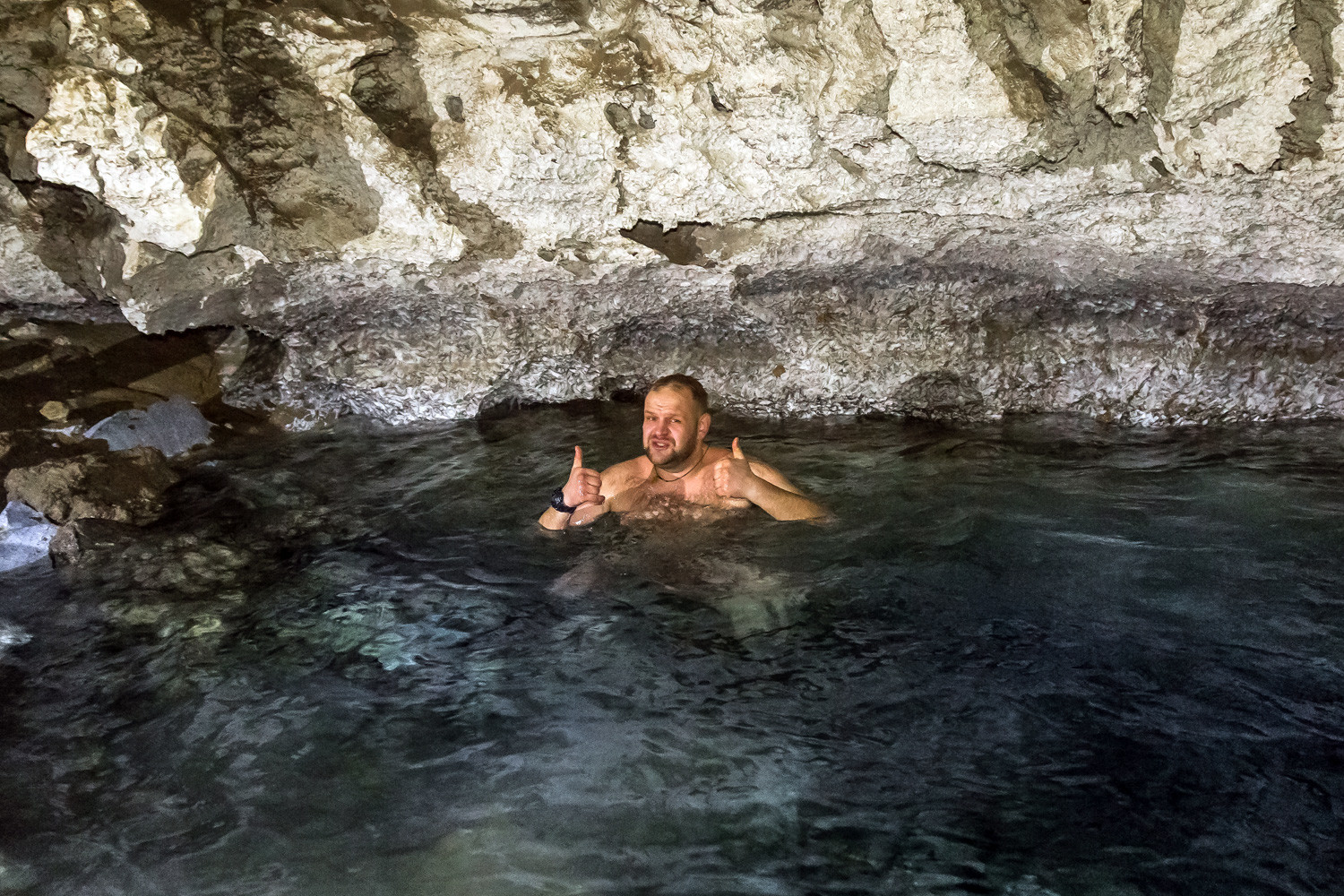 11. In the center of the cave, Khlebnikov asked visitors to stand in a semicircle while he climbed an ancient stone mound. He ordered everyone to extinguish their flaming torches, and all were immersed for a few long seconds in the world of absolute darkness. Then he appeared from above with a burning torch, illuminating the cave with the bright red flame. Tour guides still repeat this performance for cave guests, and you have a chance to see the everlasting winter with your own eyes. 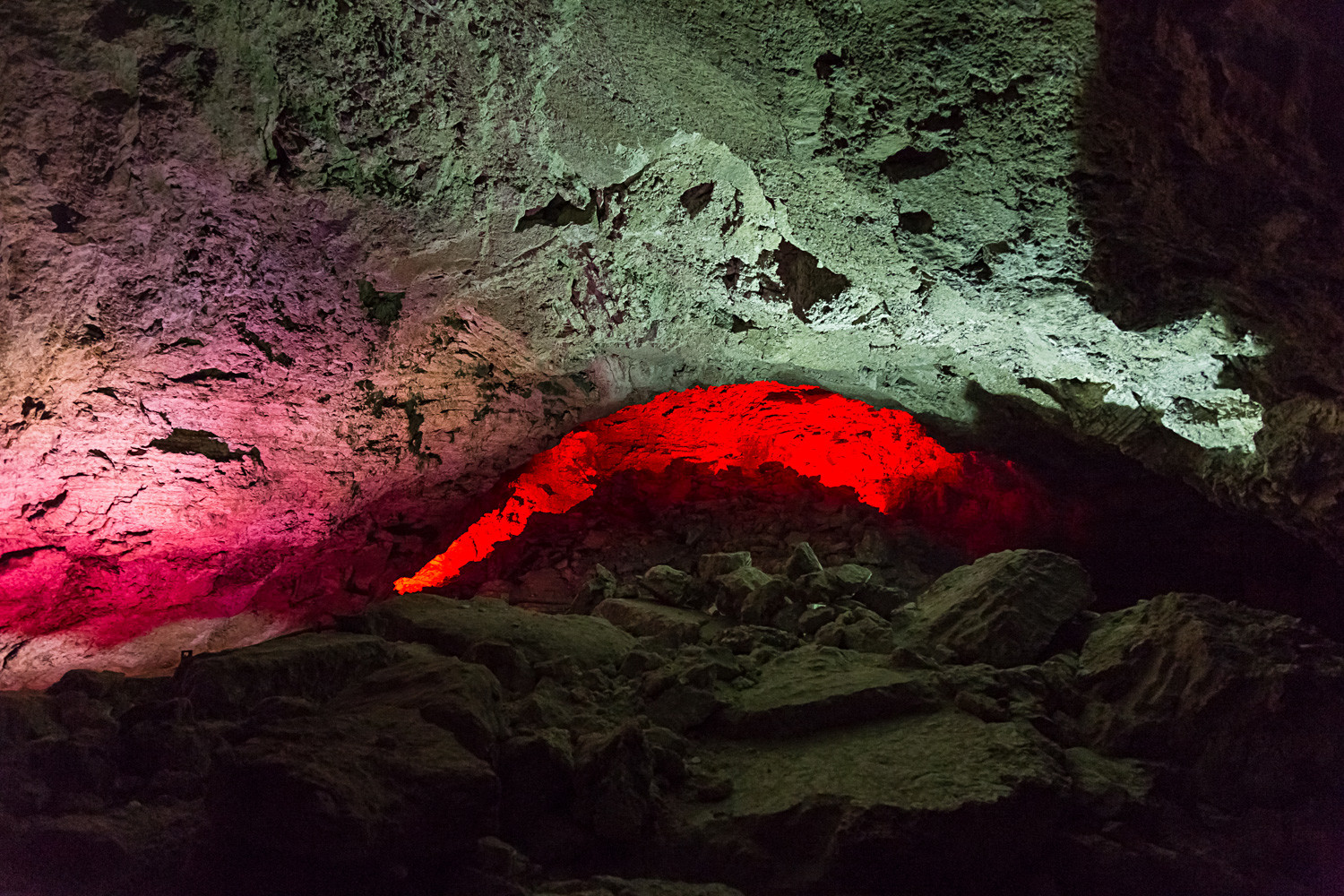