Official cause of death of the Dyatlov group revealed 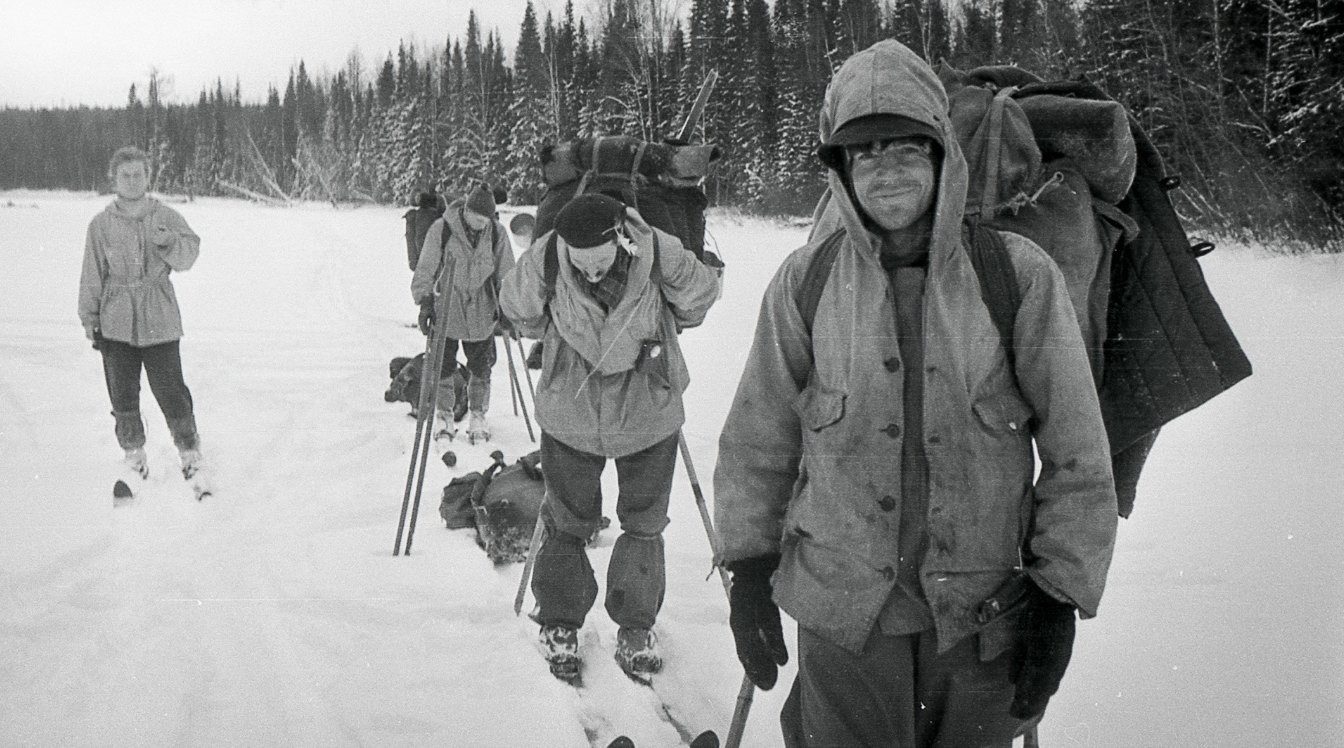 Dyatlov Group Memorial Fund
The cause of death of a group of hikers on an expedition in the Northern Urals in 1959 has remained a mystery for more than 60 years. There have been close to a hundred theories of what may have happened to them. Recently, the Russian Prosecutor-General’s Office has announced the results of its investigation.

The death of the Dyatlov group in the winter of 1959 was caused by an avalanche triggered by a sudden change of weather, deputy head of the Urals Federal District directorate of the Prosecutor-General’s Office Andrey Kuryakov announced on July 11, 2020.

After the avalanche, the group decided to urgently leave their tent. In the end, they died from frostbite and fractures caused by the weight of the snow.

“Having left the tent, the group, all together, without panic, moved 50 meters away. They went to a stone ridge, which served as a natural avalanche breaker. They did everything right. And here is the second reason why the group was, let’s say, sentenced to death, why they never came back. When they turned around, they could not see the tent,” he said, adding that that night visibility was from 6 to 16 meters. 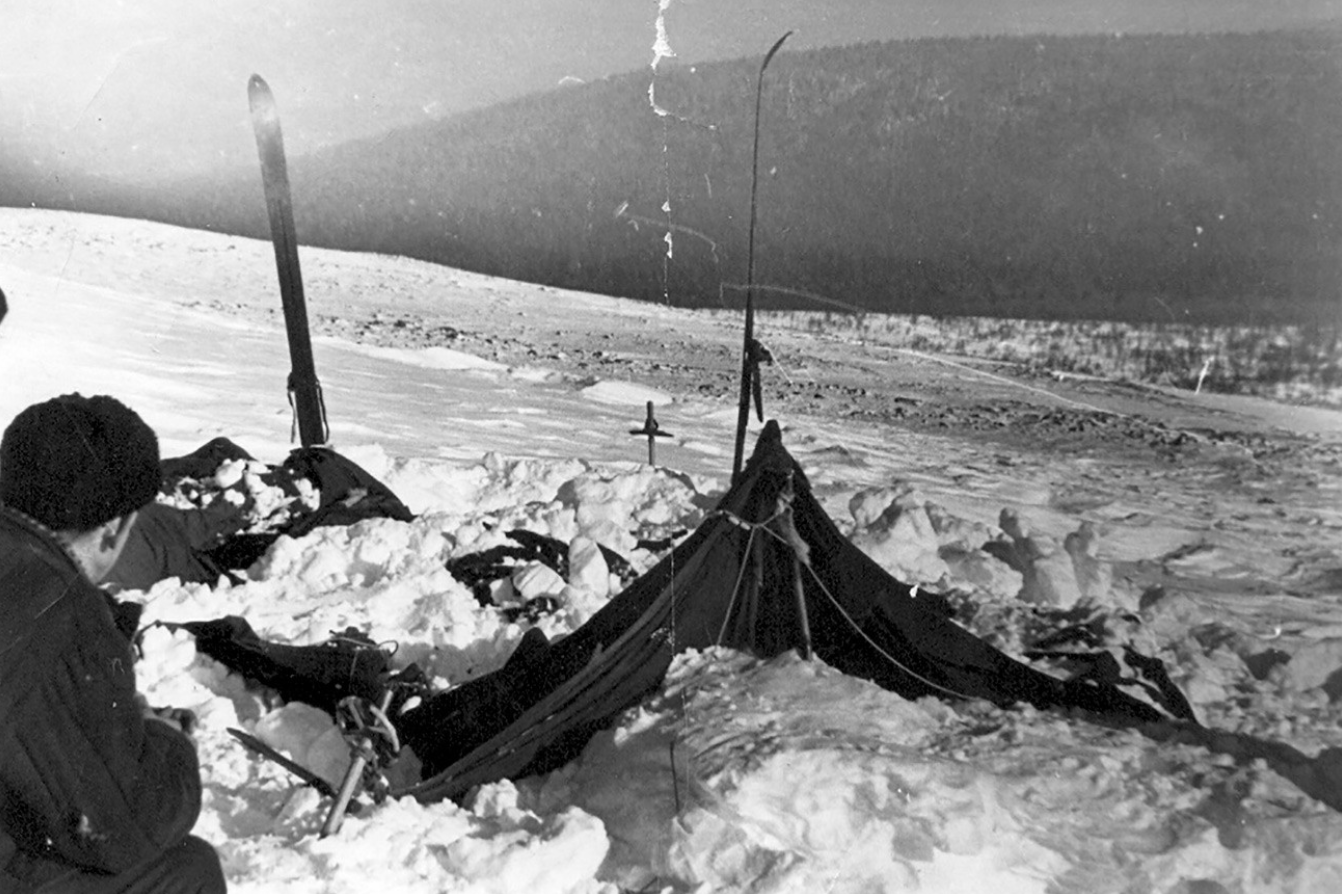 Kuryakov said that the hikers had reached a cedar and made a fire, which burned for about an hour and a half. Two members of the group died there from frostbite. The rest decided to split up, the investigation established. One group was led by Igor Dyatlov and the other, by instructor Semyon Zolotarev.

"The group led by Dyatlov began to crawl to the tent following their own tracks. They froze immediately after leaving the forest since the temperature was 40-45C below zero and there was a biting wind,” he explained. 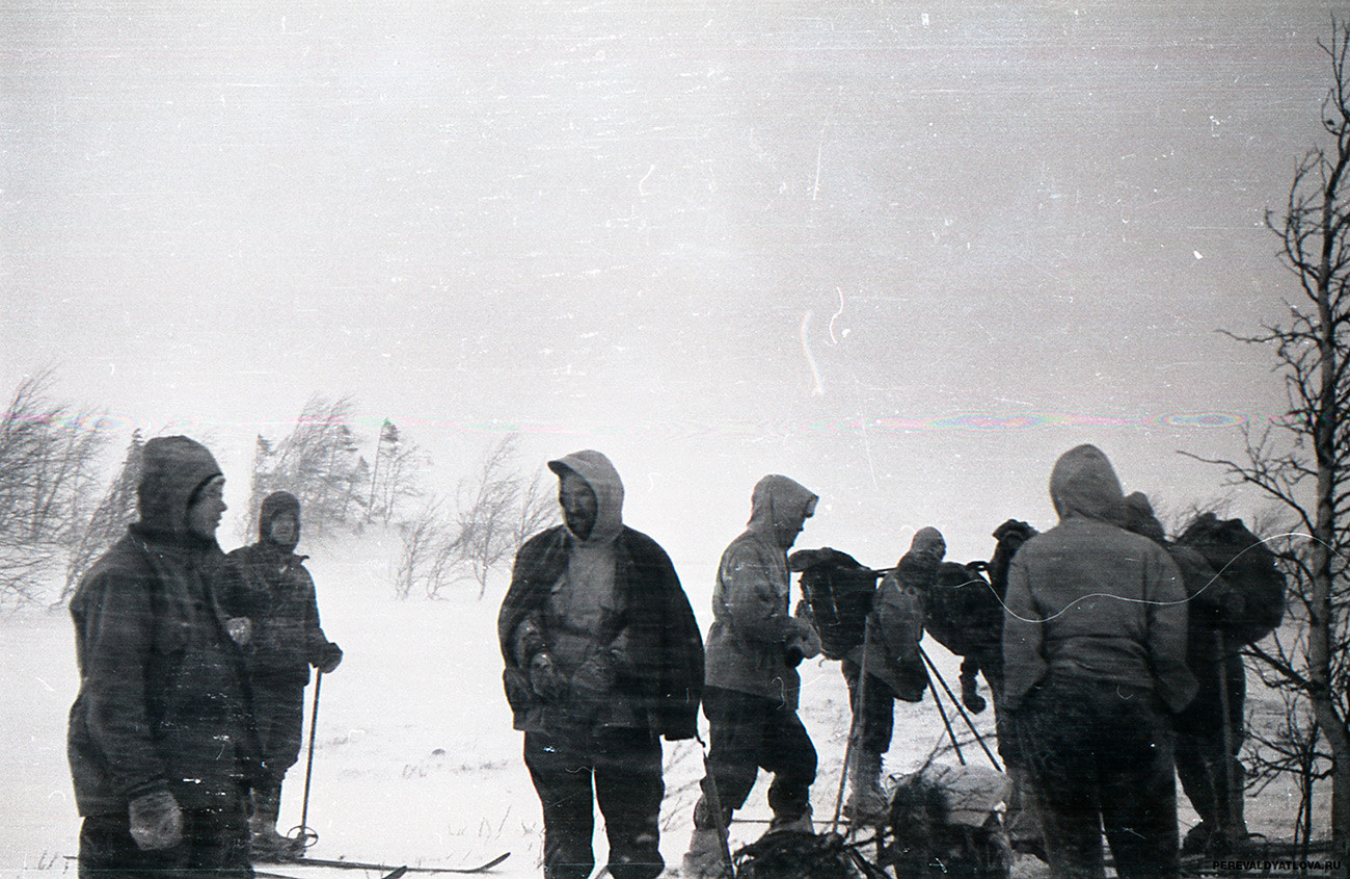 The second group also went towards the tent, having made a walkway, but they accidentally triggered a movement of snow, were thrown away from the walkway and buried under three meters of snow, Kuryakov continued. That was when the hikers received severe fractures caused by tons of snow pressing on them. It were those injuries that later caused a huge number of theories of what may have happened.

“It was a heroic struggle. There was no panic. But, in those circumstances, they had no chance of escape,” Kuryakov stressed.

Details of the expedition and a classified case

Under a plan approved by the Sverdlovsk Region tourist route commission, a hiking expedition led by a fifth-year student of the radio engineering faculty of the Ural State Technical University, Igor Dyatlov, was supposed to take place in January-February 1959 and last from 16 to 18 days. The hikers planned to cover a distance of 300 km on skis and climb two peaks, Otorten and Oyka-Chakur. All of them had hiking experience and the necessary equipment. The group consisted of students and graduates of the university, and had instructor Semyon Zolotarev accompanying them.

After they set off, one of the members of the group, Yuri Yudin, developed a pain in his leg and had to return to Sverdlovsk. He ended up being the only survivor of that fateful expedition (Yudin died after a long illness in 2013). 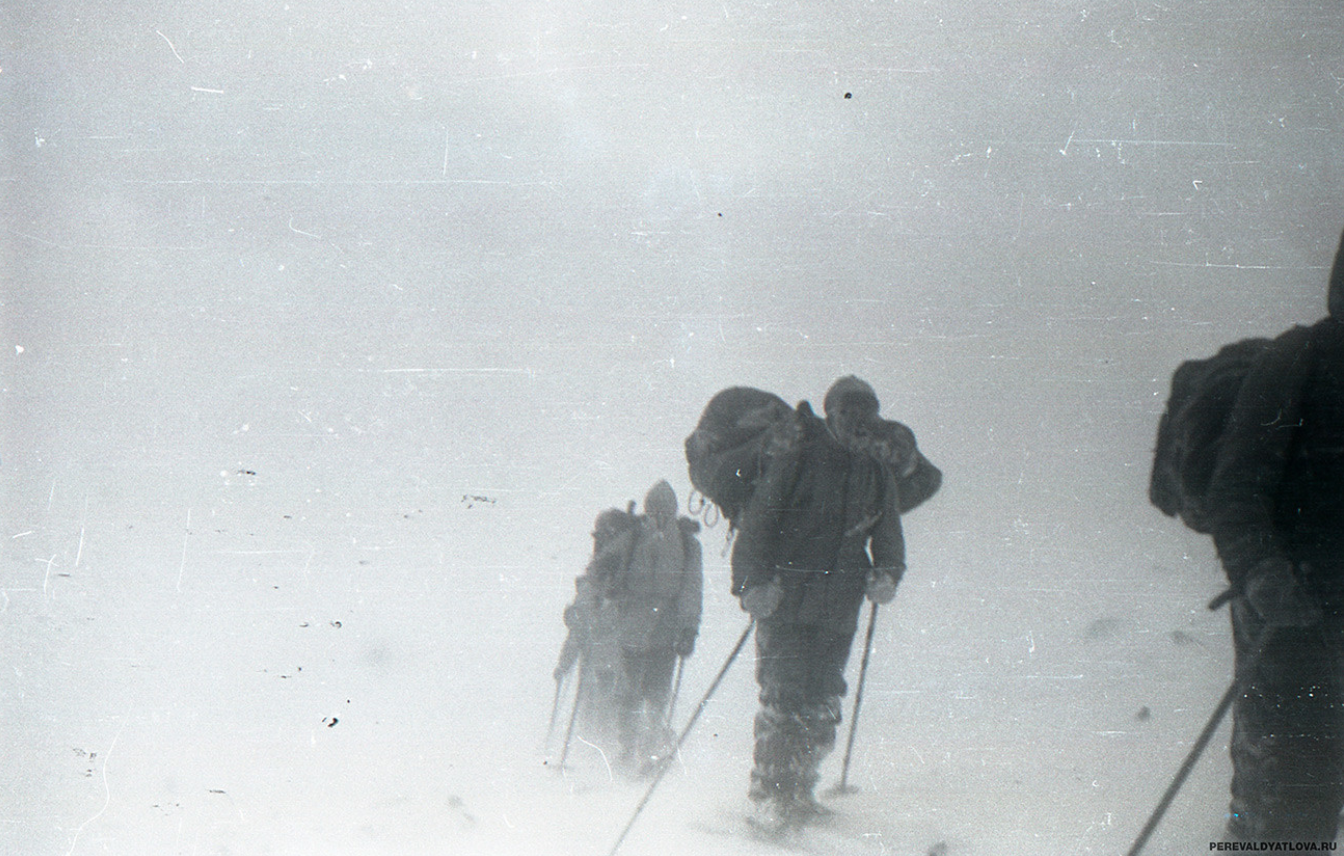 By February 14, 1959, the group was supposed to send a telegram from a point on their route, the village of Vizhay. However, they never made it there. On February 20, a search party was sent to look for them. On February 26, at a mountain pass 300 meters from the top of Mount Holatchakhl, which later became known as the Dyatlov Pass, the search party found a tent with personal belongings and documents of members of the group. On the next day, the bodies of four members of the group, including Dyatlov himself, were found at a considerable distance from the tent. The bodies of the rest were found in March-May of the same year.

Immediately after the discovery of the bodies, a criminal investigation was launched. At the time, a forensic medical examination established that six hikers had died of hypothermia, while three others had received fractures that may have been caused by “an impact of a great force”, whose source the investigation was unable to establish. 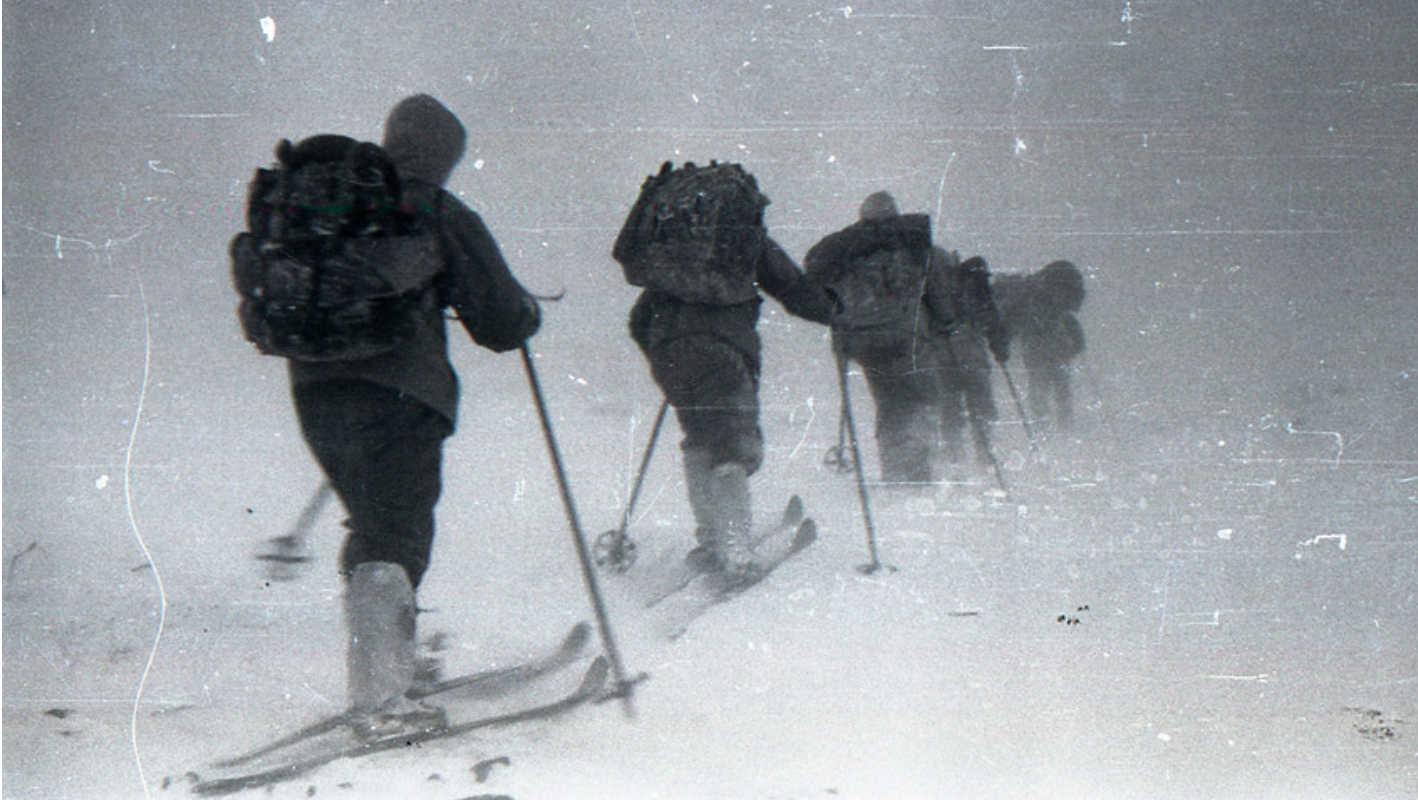 On May 28, 1959, the Sverdlovsk Region prosecutor’s office closed the case, putting the vague “a spontaneous force that humans were unable to overcome” as the likely cause of death.

According to the prosecutor’s office, the case was classified because of one document that detailed covert methods of obtaining information used during the investigation. Because of it, all the other materials were classified as well.

The story of the group’s death became known in Russia and abroad only in the 1990s. There are numerous books, as well as documentaries and feature films dedicated to the Dyatlov Pass incident.

75 theories – and the case is closed

In total, the prosecutor’s office examined 75 theories of what may have happened to the Dyatlov group, but the most popular were nine of them, including: a UFO, a missile test, a nuclear explosion, a hurricane, an earthquake in the Northern Urals, an avalanche and even a skirmish with foreign saboteurs.

The theory of a nuclear explosion was discarded, because no traces of radiation were found on the hikers’ personal belongings. The theory of a missile launch, too, was rejected: on the days when the expedition was under way, launches were indeed carried out from the Kapustin Yar training range, but it was not visible from the pass. Flying objects that some eyewitnesses had spoken of were dismissed by the investigation as an illusion. The theory of a hurricane was rejected by climatologists and no earthquakes were recorded in those days either, Kuryakov said. 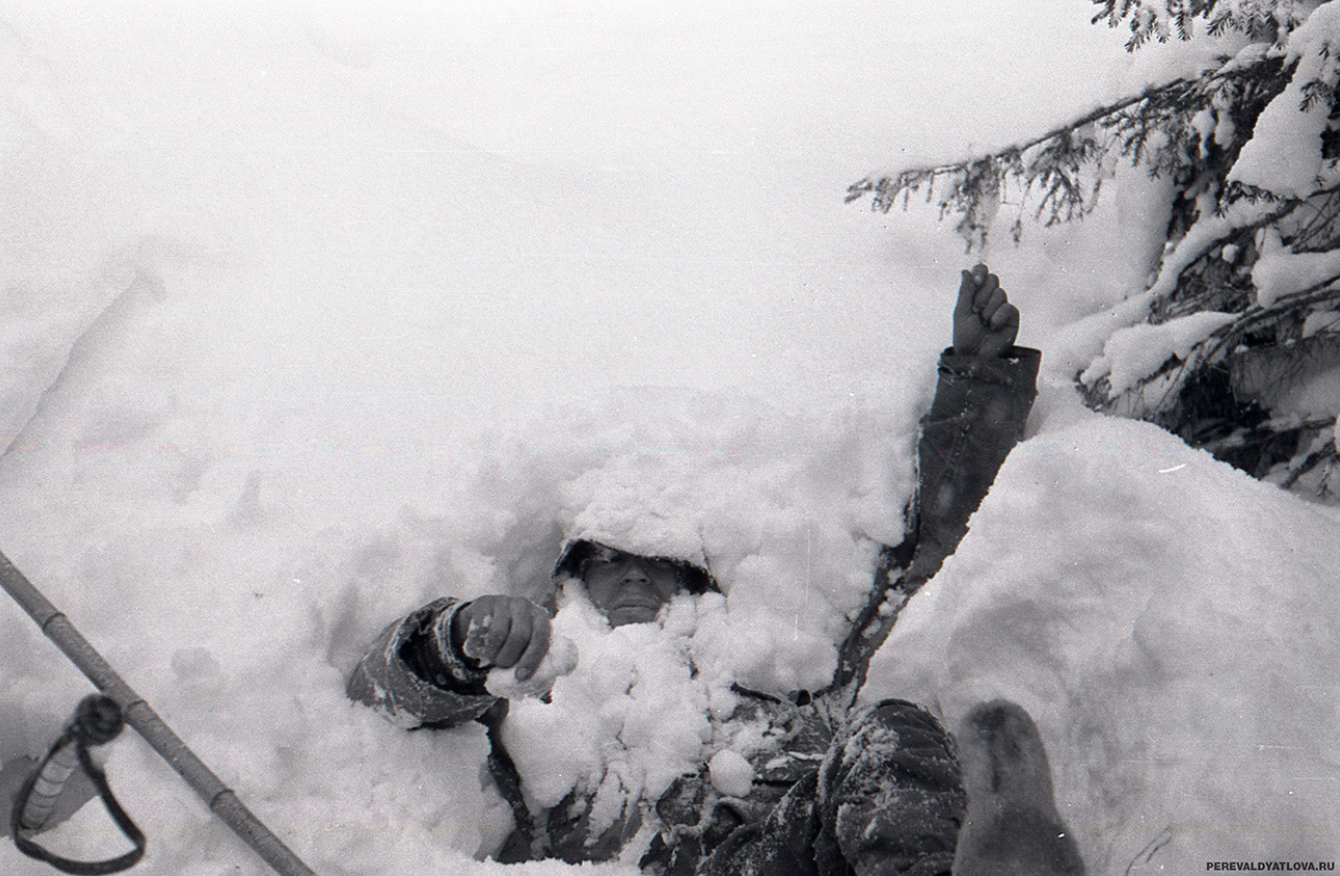 At the press conference, the Prosecutor-General’s Office said that the slope on which the group was located presented an avalanche hazard, and suggested that the Emergencies Ministry and the administration of Sverdlovsk Region take measures to make it safe.

The Ural Federal University advised tourists against carrying out expeditions to the Dyatlov Pass.

“Formally, this is it. The case is closed,” Kuryakov concluded by saying.

‘Relatives will not accept this conclusion’

Yevgeni Chernousov, a lawyer with the public fund in memory of the Dyatlov group, does not agree with the conclusion reached by the Prosecutor-General’s Office.

“The relatives will not accept this conclusion [the theory that the group was killed by an avalanche], <...> only a technogenic theory [is possible]. In effect, this investigation has not produced anything,” the lawyer said. 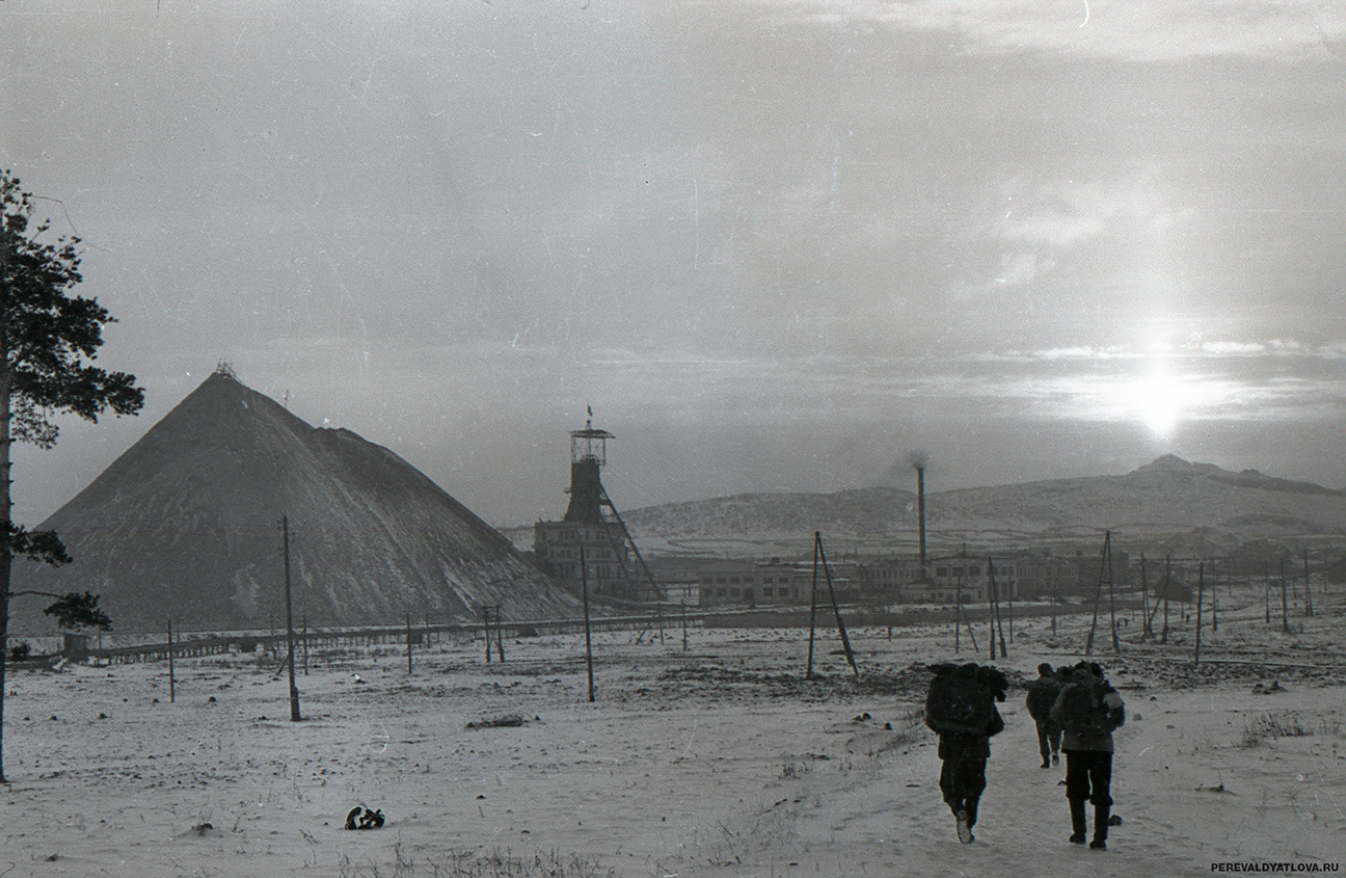 He went on to point out that the investigation itself was unlawful since the case had been closed, and it is only as part of an open criminal case that probes and checks can be conducted.

Chernousov’s point of view was echoed by the head of the Dyatlov group memorial fund, Yuri Kuntsevich, who said that the fund would seek to have an investigation into the death of the young hikers officially reopened.