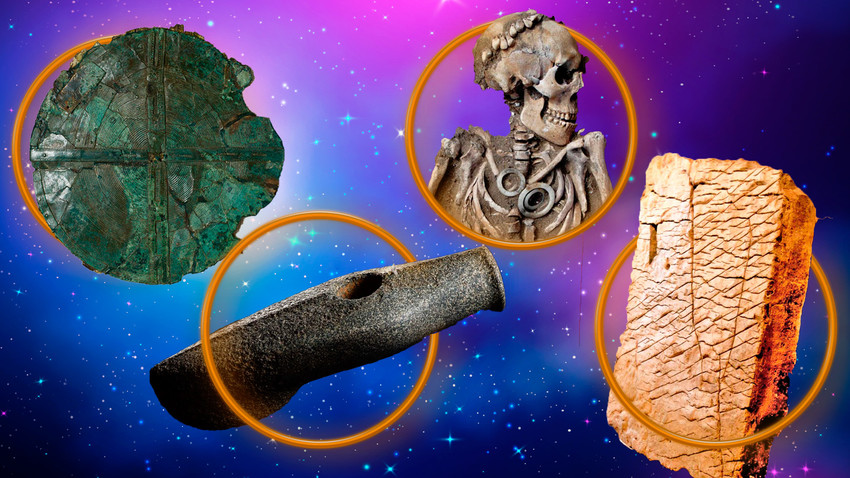 Museum of Archeology and Ethnography (Ufa), Dmitry Kichigin / Irkutsk National Research Technical University, Institute of Archeology of the Russian Academy of Sciences, State Historical Museum, Freepik
Scientists from all over the world have tried to explain their origin, but so far these ancient finds have only prompted more questions.

The Chandar Slab [aka the Dashka Stone]

The enormous stone slab found in a village in the South Urals in 1999 appeared to be a detailed 3D map of the Urals region that, according to expert analysis, could only have been done using aerial or satellite surveys. Canals, dams and dykes (which coincide with the actual terrain) are marked on the map, and there are inscriptions in an unknown language. 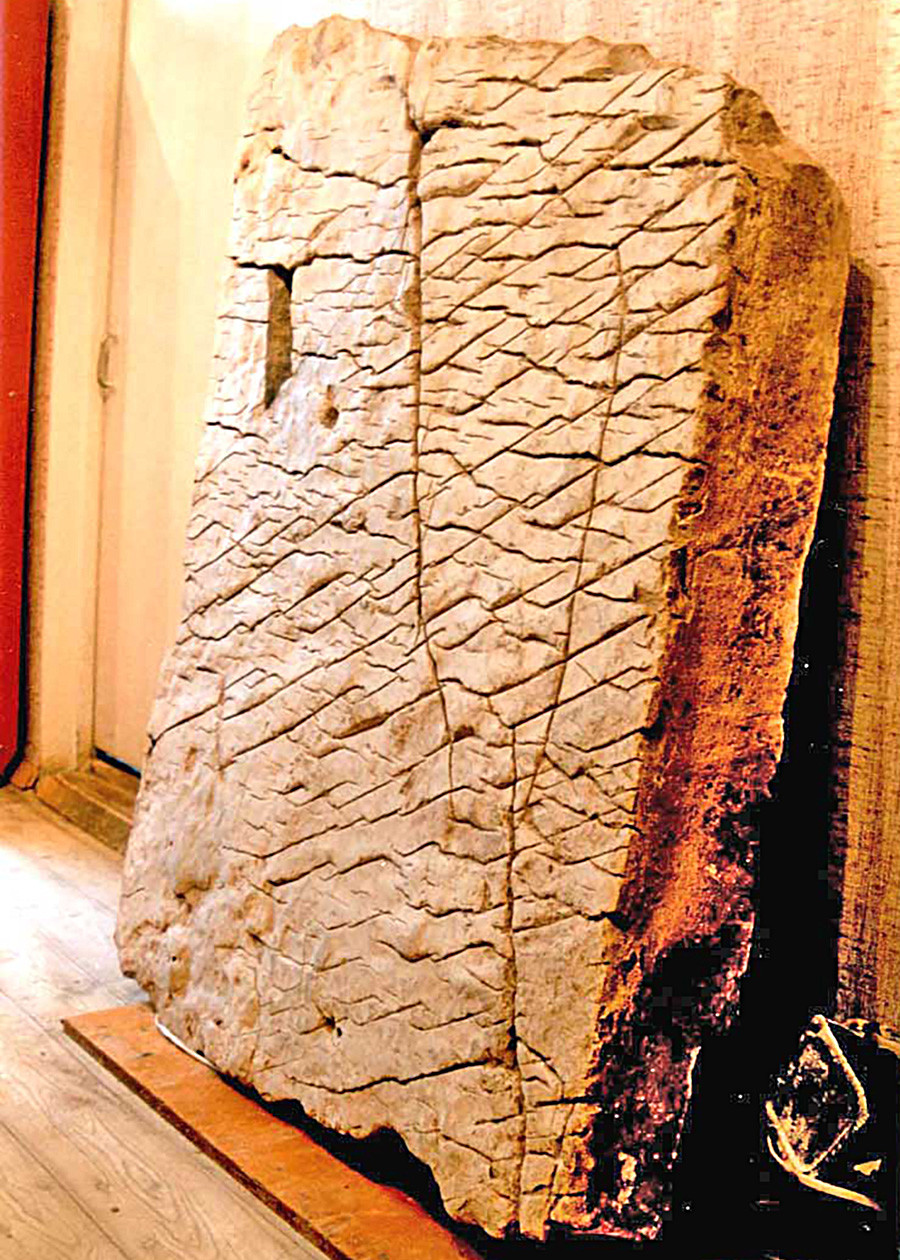 Museum of Archeology and Ethnography (Ufa)

“Initially we believed that the stone was about 3,000 years old. Gradually, the age was pushed back until we identified the seashells inserted into the slab to mark certain locations,” said Professor Alexander Chuvyrov, who found the stone. The seashells are 50 million years old. In the end, radiocarbon testing provided no clarity and the question of age remains open - still, the slab is too old for an explanation to be possible of how it was made.

The slab was found by accident. Chuvyrov studied the city archives of the city of Ufa and, in entries dating back to the 18th century, he came across references to stone slabs (initially numbering 200) near the village of Chandar that were covered with inscriptions in strange characters. With his interest aroused, he continued searching in local archives: Another mention of the slabs “resurfaced” in 1924. At the time, six slabs were included in the List of Monuments of Nature, Culture and History of the Bashkir Republic. Chuvyrov put together an expedition and started looking for the slabs using a helicopter: He believed they must be huge, but he found nothing. Then a chance incident helped: A local man approached the professor and said he had an unusual stone slab in his yard, by the entrance to his house. Its size turned out to be just 148 cm by 106 cm.

Upon further examination, however, it emerged that the base layer of the slab was made of the purest dolomite - without an admixture of quartz (sand) - which is not found in nature. The slab was moved to MGU (Moscow State University) for further analysis, but there has been no new information about it.

The jade rings of Baikal

In the summer of 2017, archaeologists found the remains of a man and a woman near the strait between Lake Baikal and Olkhon Island. They were holding hands and the man had a white jade ring in his eye socket. Three more rings lay on his chest, and at the knees of the skeleton there was a small leather bag with metal implements of unknown purpose. A 13 cm jade knife was found next to the skeleton of the woman. 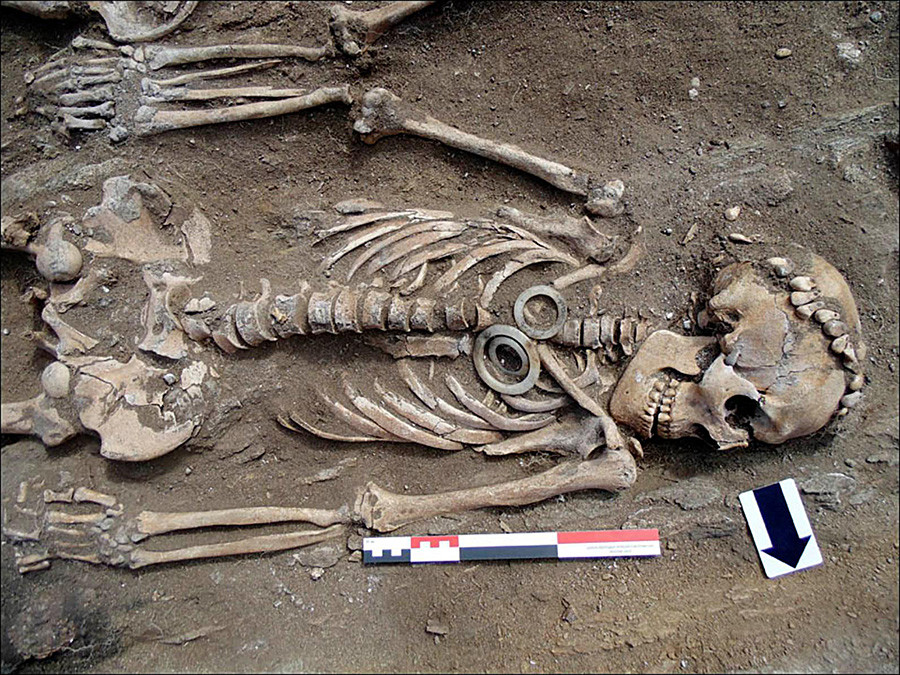 Analysis has shown that the couple lived during the Bronze Age, roughly 4,800-4,300 years ago. What is still mystifying researchers is the purpose of the rings. Exactly the same rings have been found in China and Japan (the oldest were 8,000 years old). Initially, the global academic community determined that they were objects used for rituals. Moreover,there is a hypothesis that they were instrumental in bringing about a divide between races: The Caucasoids chose gold as a symbol of worship, while the Mongoloids went for colored stones, primarily jade. Siberian researchers have come up with another theory: Jade rings are money, and only a small number of craftsmen in Eastern Siberia could make them. There is another mystery: How could ancient people be able to produce such fine carving and what technology did they use? Experts are still baffled.

Another unusual find was made in 2019: In the Istra district outside Moscow, archaeologists unearthed a necropolis dating back 4,500 years - about the time the Great Pyramid of Giza was supposedly built. Remains of people of the Fatyanovo Culture lay in the burial ground - they were the first cattle breeders and farmers on the territory of the Russian Plain. According to tradition, they put stone battle axes in men's graves. It is the axes that attracted the attention of experts, because of their unusual appearance. 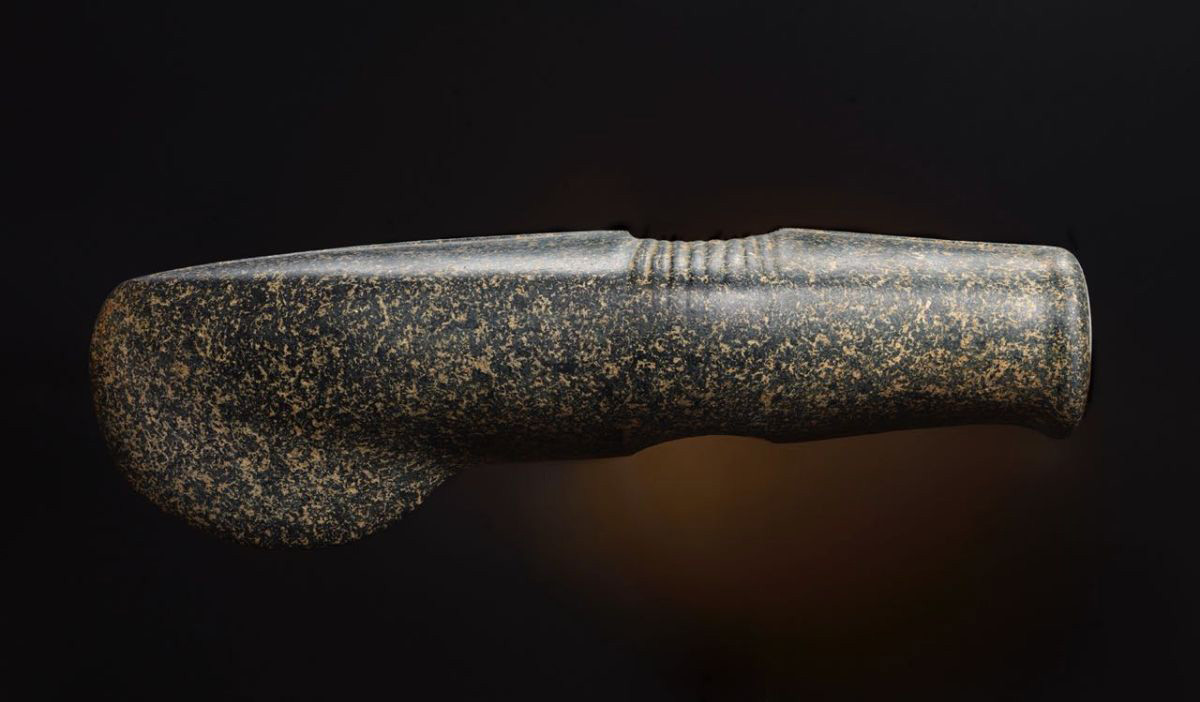 Institute of Archeology of the Russian Academy of Sciences

Compared with other “primitive” items in the burial ground - arrowheads, knives, simple axes, and so on - the battle weapons appear to have been made in a later millennium and not by hand: The polished axes are like modern axes cast from metal and they even display the seams left by casting moulds. 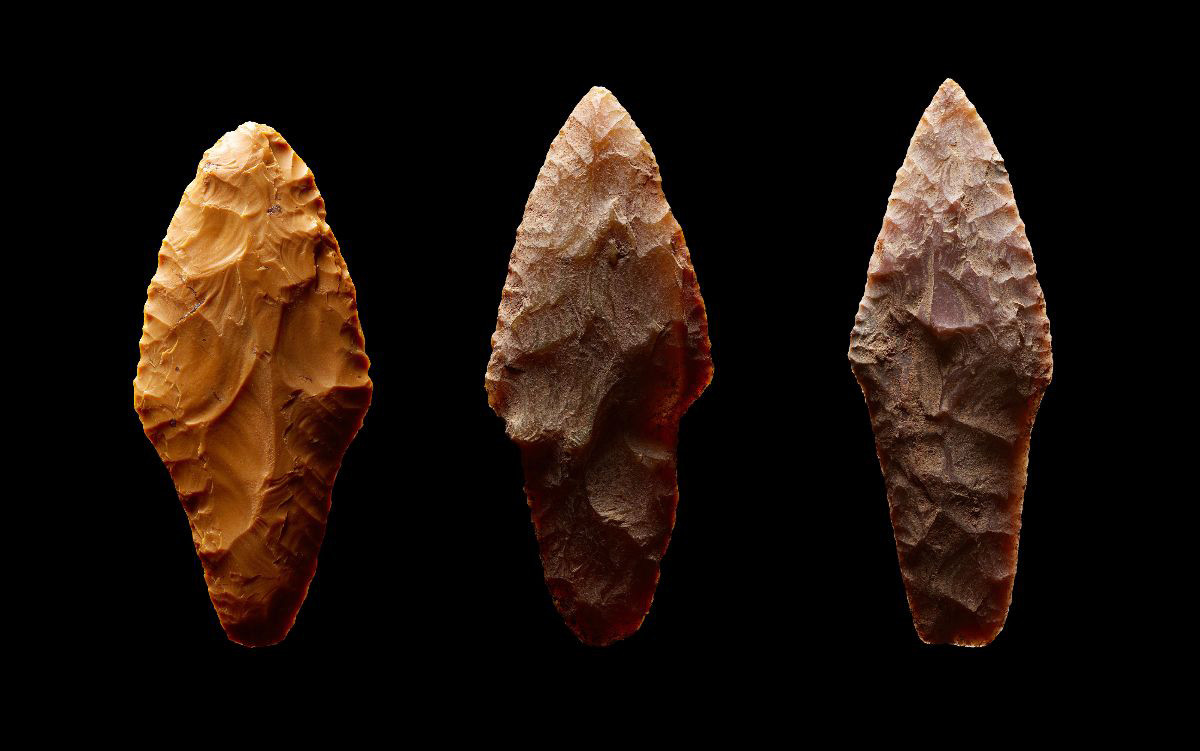 Institute of Archeology of the Russian Academy of Sciences

The State Historical Museum in Moscow has an exhibit that has no description. It is dubbed a “metal chest plate” from Ryazan (200 km from Moscow), but that’s all: No plausible explanation has been found to clarify the even concentric circles covering the entire surface of the iron disk. The only thing that is known for sure is the period when it was made - the fourth century. 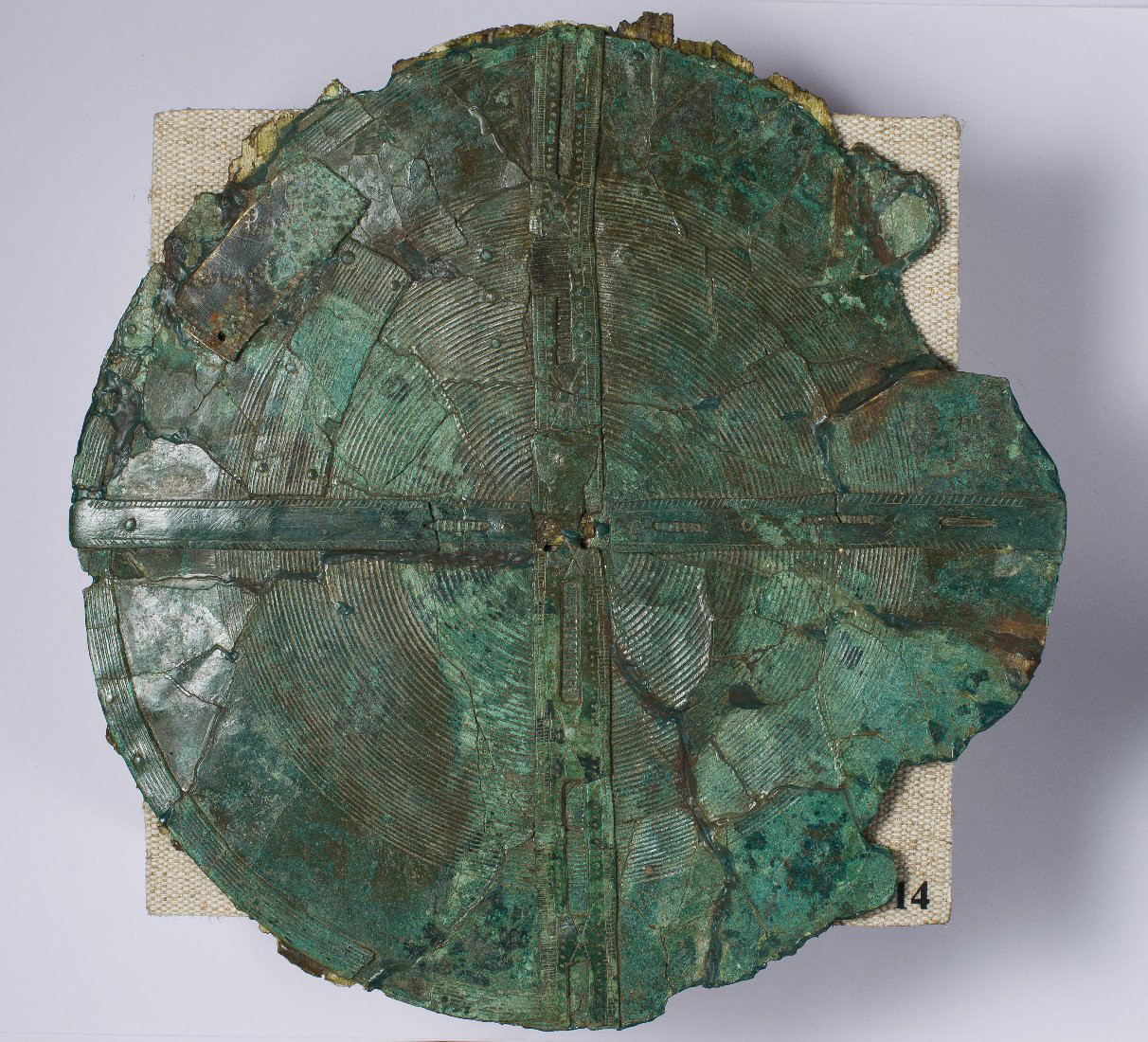 The disk is often compared (because of its similar appearance) to the Antikythera mechanism found in the early 20th century off the coast of Greece, which was used to predict the positions of celestial bodies and eclipses.