Moscow has its own Chinatown, but it’s not what you think 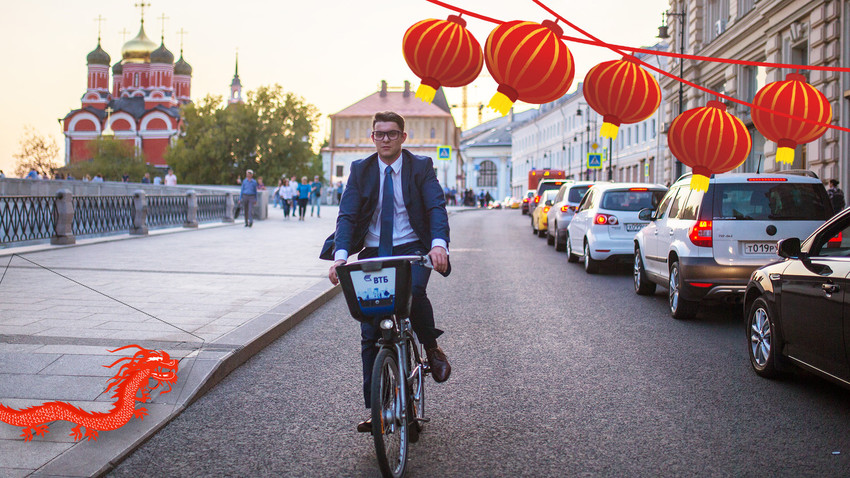 Sergei Bobylev/TASS, Russia Beyond
The name of one of Moscow’s central districts literally means “Chinatown” - except it’s not.

If you have ever been to Moscow, there is a pretty good chance that you’ve walked the streets of “Kitai-gorod” (Китай-город), one of the oldest parts of the city, a few minutes’ walk from the Kremlin walls.

Its name can literally be translated as “China-town”, so many tourists would guess that the district hosts or has at some point hosted migrants from China - hence the name. One problem though - there is nothing Chinese about Moscow’s ‘Kitai-gorod’.

Before receiving its current name, this district was called “Veliky Possad” (Великий Посад) and served as a major market hub starting from the 16th century. In the 19th-20th century it was transformed into the main business and financial part of the city, hosting the City Council, Lubyanka Square, with the exchange of hired carriages, the Upper Trading Rows and the Slavic-Greek-Latin Academy, ancient monasteries, churches, printing houses, educational institutions, banks, offices of well-known companies, fashion stores, hotels, lively taverns, markets and ubiquitous peddlers. 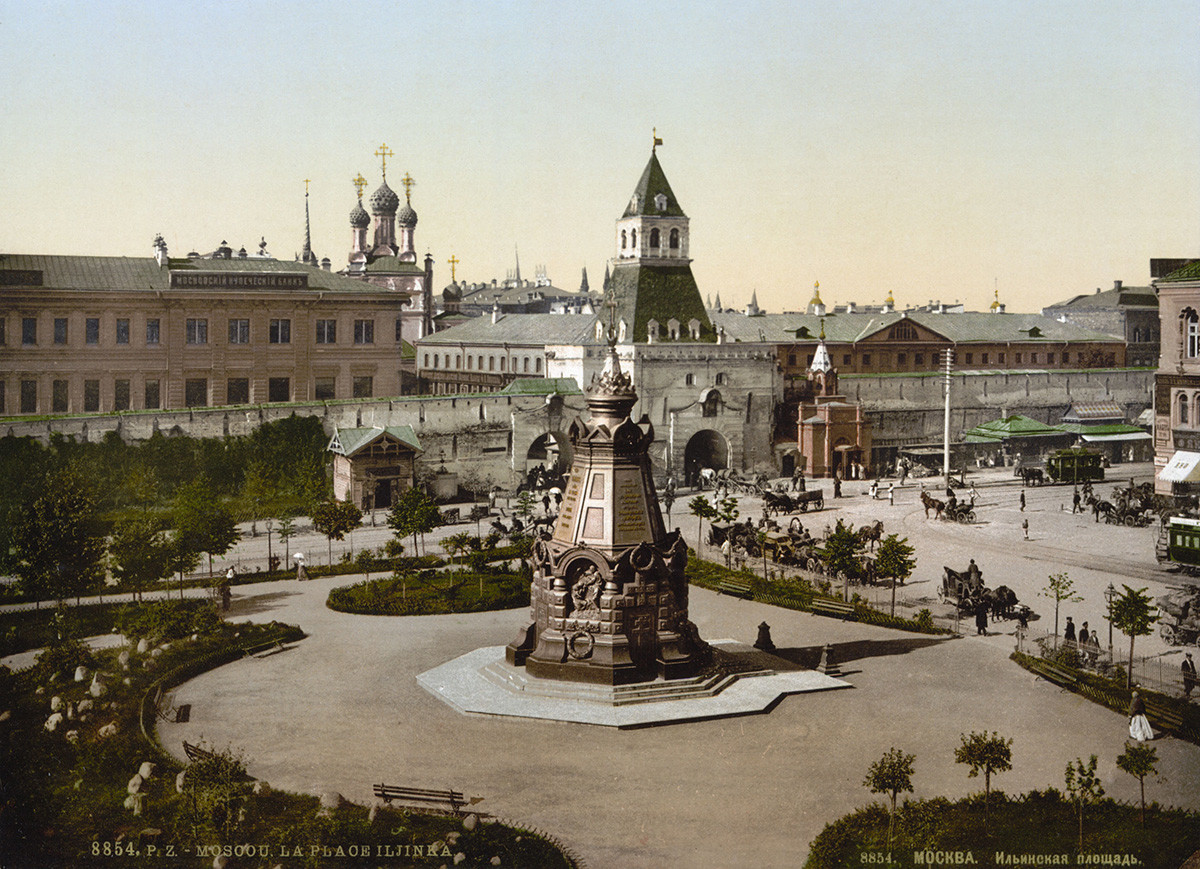 While there is no widespread consensus on the true origin of its name, one of the most popular theories claims that “Kitai-gorod” is derived from the old Slavic word “kita” meaning “a hurdle”. In the old days, the area was protected from potential invaders by a trench with an earthen wall, which was built like a hurdle - with interlaced poles placed some distance apart, and the gaps between them filled with earth, clay, large rubble, and stones. It was a pretty strong construction for the time. The latter persisted with the subsequent construction of the famous “Kitai-gorod” red-brick wall in the 16th century. (In the 1930s, the wall had been demolished, but a few bits of it, thankfully, survived to this day.)

In addition, there is a theory that it was Elena Glinskaya, Ivan the Terrible’s mother, who gave the district its name. In 1533-1538, she ruled Russia as regent, and it was she who ordered the construction of the “Kitai-gorod” wall in 1535. Some say that she was born in a village called “Kitaigorodok”, now Ukraine, and subsequently brought this unusual name to Moscow. 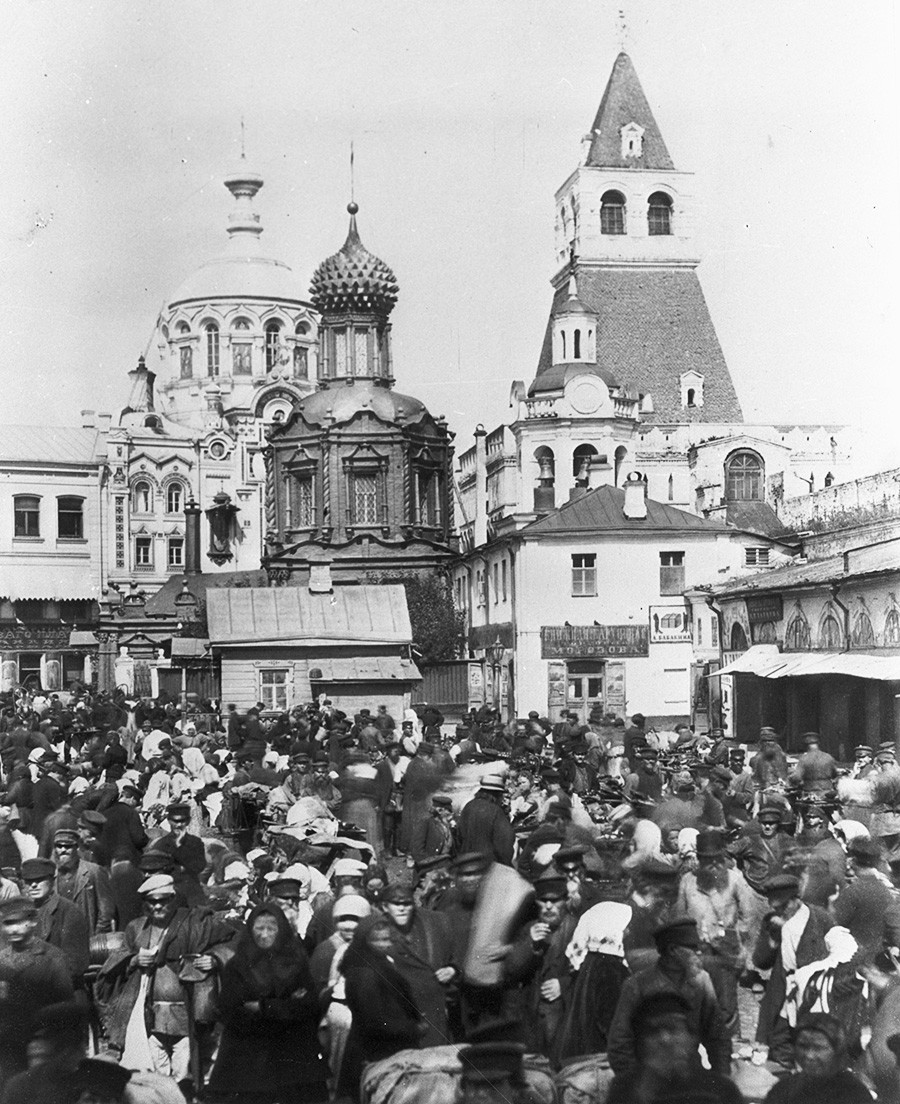 Those still trying to trace a Chinese connection continue to stick to their guns, given that this district was formerly a major market hub, where foreigners sold goods from abroad, including textiles produced in China - or “kitaika”, as they used to be referred to in those days.

But again, just to be clear - no one has ever seen any real Chinatowns here - we aren’t in New York or London, after all.